Andrzej. We met on September 2, 1992, in Frankfurt. I went to work at the Marriott Hotel, where Katrin was working. When we met, Katrin gave me her hand and I kissed it which is unusual for Germany. I came from Poland, and at that time it was a normal thing. However, now it's old-fashioned to kiss a hand. 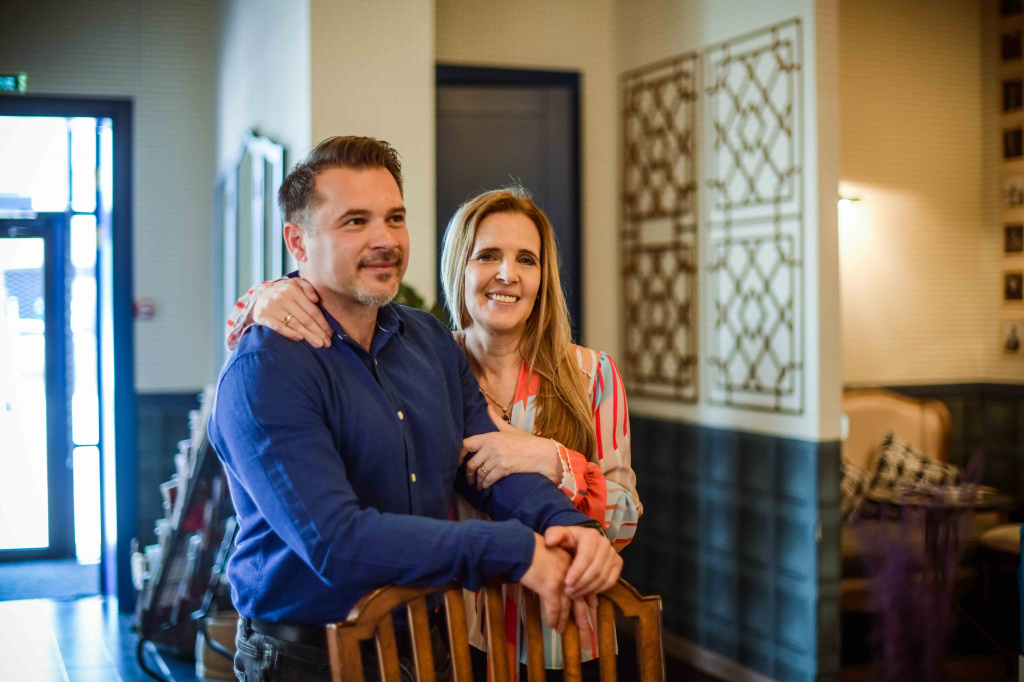 We worked together and saw each other every day. I asked her out a few times, and she refused each time. I said one day she would agree. And three years later I was lucky enough. We started dating only in 1995.

Katrin. We knew each other for four years before the wedding. We got officially married after the birth of our daughter. The wedding wasn't important for us, and it's common in Europe. We lived in the Netherlands for a while, where it's a common thing not to be officially married.

We lived in the Netherlands for a while, where it's a common thing not to be officially married


I remember him proposing. We were sitting at home on the couch in the living room, and he asked me to marry him. It wasn't super romantic, but it was sweet and special for us. We've been together for over 20 years. 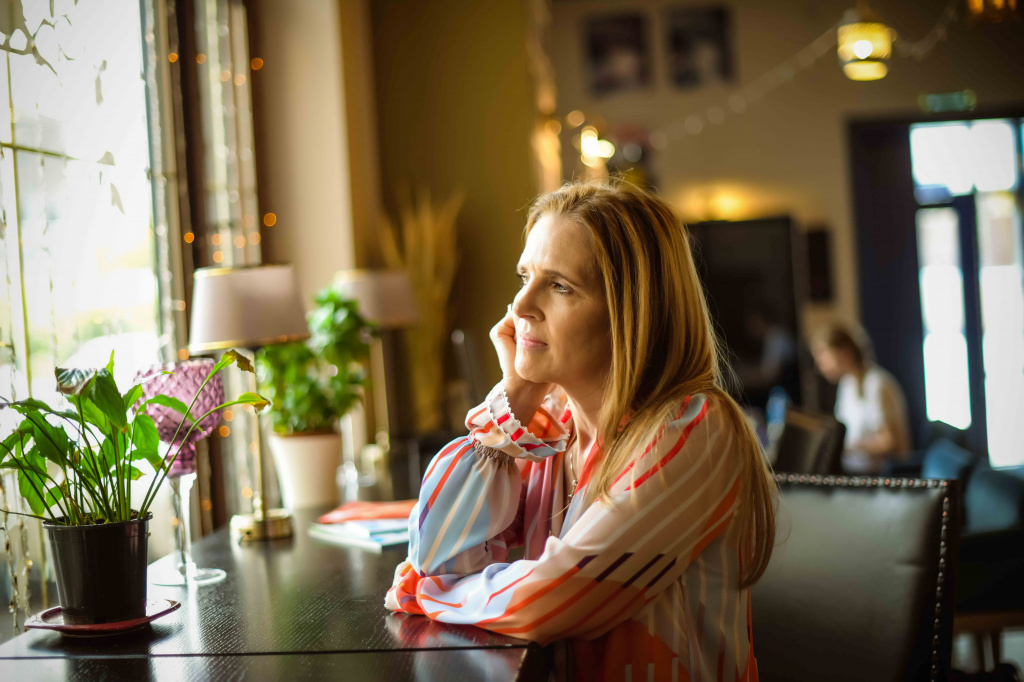 Katrin. I've been working in Marriott for 30 years. Every few years I move to different countries. In 2003 I had my first post as general manager of the hotel in Armenia, then we lived in London, from there we flew to Amsterdam. In 2016, the company bought Sheraton, and I was offered to become the director of the hotel in Astana. We were preparing for the opening and in December 2019 we will finally welcome the first guests.

Andrzej. Before coming to Kazakhstan, we watched a film about Astana — a video made for EXPO-2017. It showed people's lives in the winter, a piece of ALZHIR, where we went later. We knew it was a modern city that grows every day. Many people asked how we decided to move because here such cold winters. But I love winter, so for me, it's a plus. I know Russian, although I had fears that here everyone speaks Kazakh and my knowledge of Russian would be unuseful. But I was wrong, Russian is popular here. 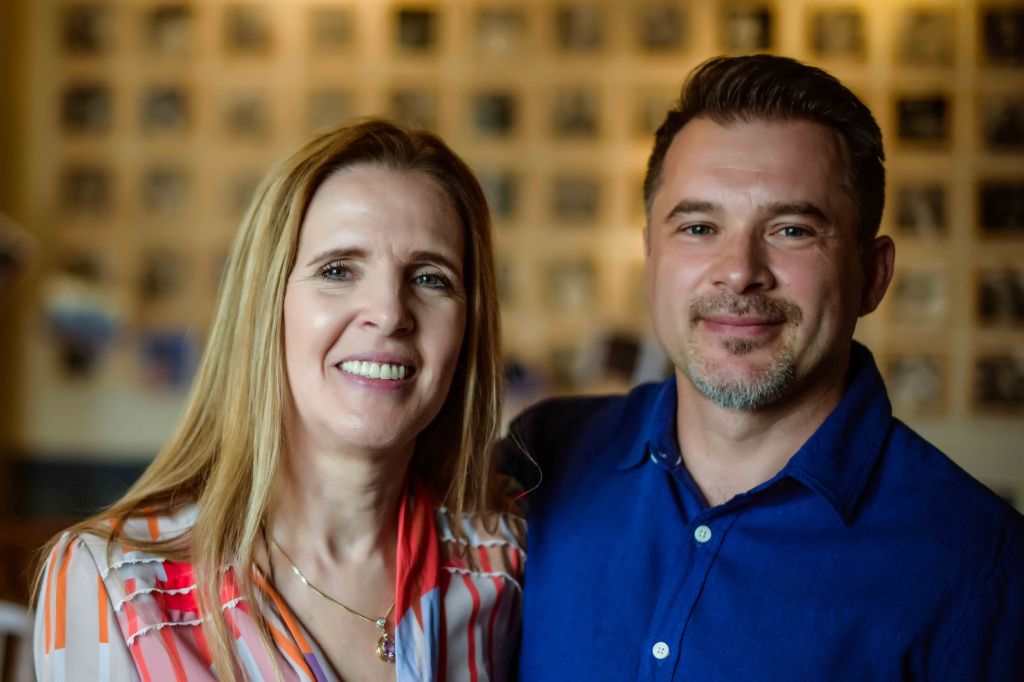 Katrin. I don't know Russian, but I often meet English-speaking people. Sometimes in the most unexpected places, people talk to me in competent English.

Andrzej goes with me and helps with the translation at the meetings where Russian is needed. Andrzej. If we talk about transport, most often I use a bicycle. I also like using the bus it is convenient and simple.

Katrin. The bus ride takes a long time. So I have a personal driver and use a car.

The children were born in Poland, but they almost didn't live there. I come from Germany, but they didn't live there either. I speak German with them and Andrzej Polish, so these two languages are native to them. We often moved, so they know English.

Andrzej. The eldest daughter is 21 years old, and she studies in Amsterdam. The son is 17, and when we moved to Kazakhstan, he was 15, and he didn't know Russian. He missed his friends and for him it was hard. So we decided he should go back to Amsterdam, to his school and friends. 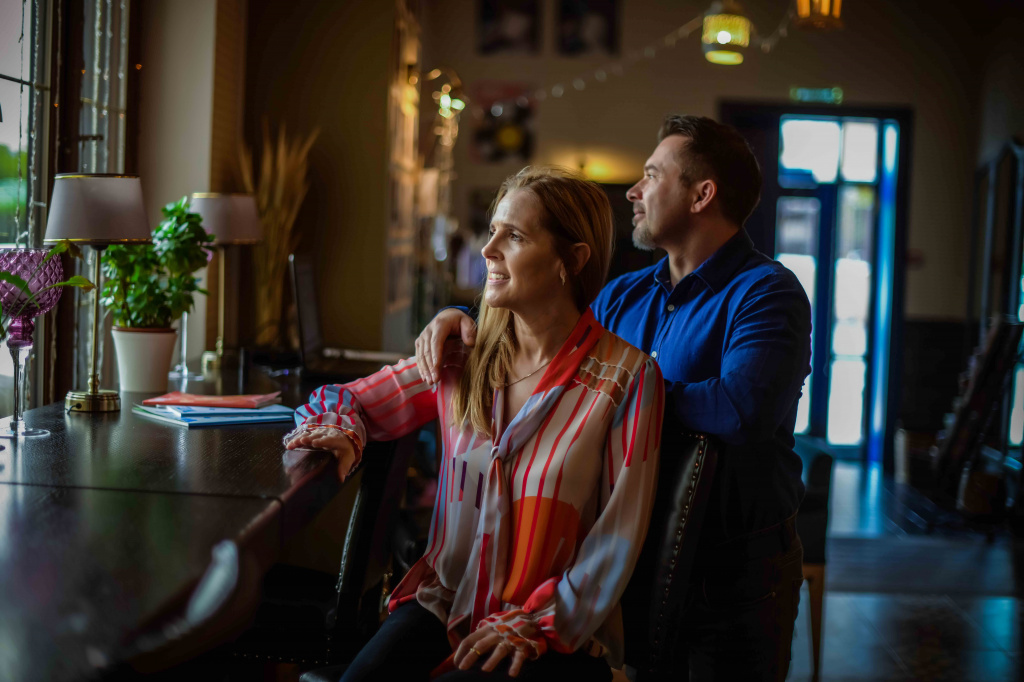 He lives in his best friend's house with his family. We communicate via Skype, thanks to new technologies we can be aware of all the events in children's lives.

We do not live in the same country, but we gather for Christmas every year — for us, it is one of the important holidays.

Since Katrin is German and I'm Polish, we usually have Polish and German Christmases


Since Katrin is German and I'm Polish, we usually have Polish and German Christmases. On December 24 we cook traditional Polish food without meat: pies, dumplings, pancakes — it looks like Russian cuisine, mushroom soup, we cook carp. 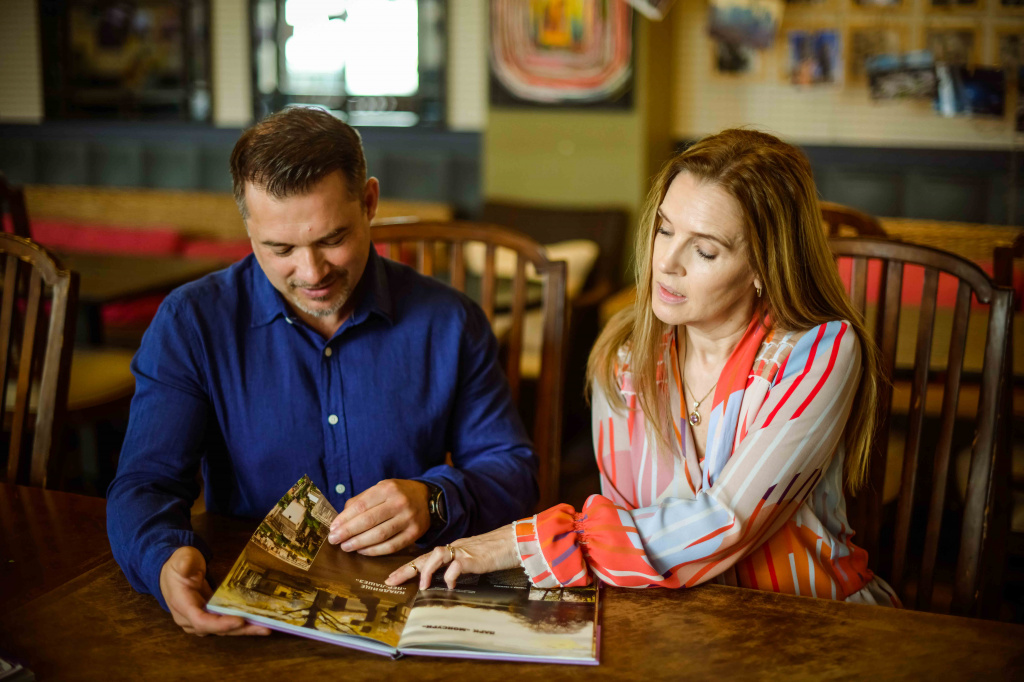 Katrin. And on 25 December, we celebrate a German Christmas. We cook German or British cuisine because the son loves British turkey.

Katrin. A feeling of enthusiasm before the opening of the hotel. I'm open to new adventures to enjoy life.

Andrzej. I feel calm. I am waiting for the weekends as we are going to Almaty and will visit new places: we will go to Charyn Canyon and walk around the city.

Read this article
BRAND-CHEF FROM ST. PETERSBURGH: WHY 5000 PEOPLE ONLY CAN AFFORD TO DINE IN ASTANA EX...

1196
Foreigners talk about living in Kyrgyzstan

2056
Israeli Ambassador about life in the Astana and kindly Kazakhs