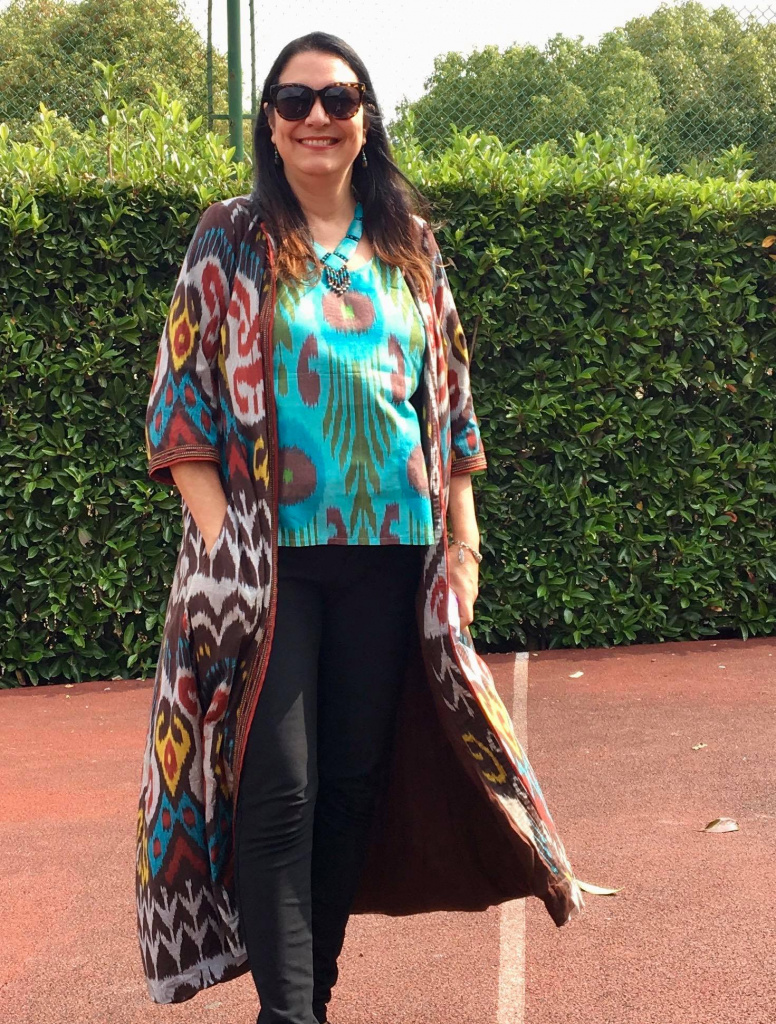 I am from the USA, my husband and I have been teachers at international schools for the past ten years. I had been a teacher in the States for years, my husband was working for the government, making very good money, but wanted to experience different cultures, teaching overseas is the easiest way to do that. So he went back to school and got his teaching degree. We have been teaching ever since. We have taught in Moldova, Indonesia, Bangladesh, Uzbekistan, China, and are now moving back to Uzbekistan.

The first time we came to Uzbekistan, it was by chance. Honestly, I was not looking forward to living there. The only thing I really knew about Uzbekistan was that it was on the Silk Road, and this old Lonely Traveler video I had seen. When I arrived in Tashkent, imagine my surprise at finding a beautiful, mild, dry climate, and an abundance of trees, flowers, and rivers running through the city.

At first, we loved the food of Uzbekistan, but I found that it got a bit repetitive. Every restaurant had the same salads, the same soups, the same shashlik. It gets very repetitive and a longed for a place where I could get an occasional burger, Indian cuisine or something different. There was one good Italian restaurant near our home, so we would go there every month or two. 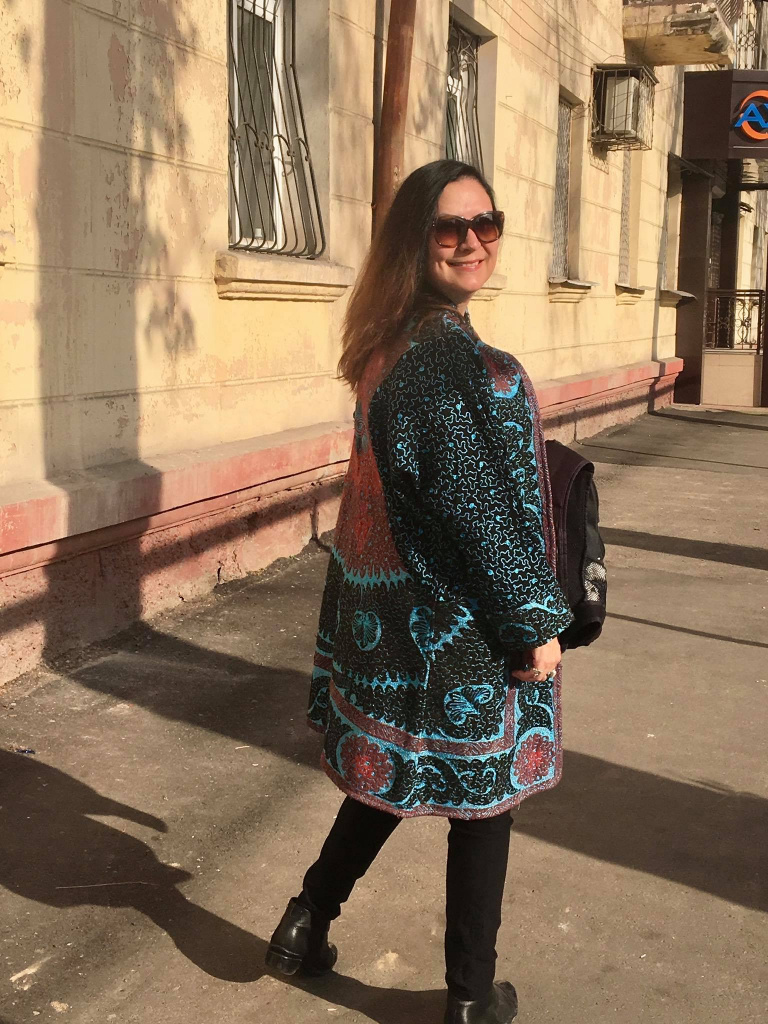 The money was another issue. When we first came here, we would have to walk about 3 miles to get to an ATM where we could get out our money.

When I was first living in Uzbekistan, I was very taken with the artwork. My father is Native American, of the Lakota Nation. The Lakota artwork tends to be many geometric designs, and the Uzbek textiles and paintings just appealed to my eyes. The yurts of Uzbekistan are very similar to the teepees that my ancestors used on the plains. I loved that there were so many different cultures all living together in Tashkent. Tashkent just seemed like this wonderful blend of Eastern Europe and Asian culture.

My first few weeks of school were quite a shock. It was billed as an international school, but it was run by the government, and was certainly not like any international school I had been at before. Normally, students have had preschool or kindergarten before coming to first grade. Most of my students were seven or eight, and most had never seen the indie of a school before. There was notany preparation before the classes started. By December, the students were getting better and better at English, and their reading was coming along nicely. They were very bright students, and were soon excelling.

I like the beautiful Uzbek music that people dance to during celebrations. It is so wild and happy.Tashkent has the mountains, beautiful long falls, springs, and mild winters. Walking to school in the morning was one of my favorite times of the day. We would walk through Askia Bazaar and people would be just setting up their wares, greeting each other with smiled and handshakes. Wild, happy music would usually be playing and the scent of spices would fill the cool morning air.

One more new thing that makes things more convenient this time around, besides the ATMs, Tashkent now has apps for the Taxis. This is great because now you do not have to stand on the street and flag one down, and there is a set price. This helps foreigners because they would always try to double or triple the price and soon as they saw you were not from Uzbekistan. 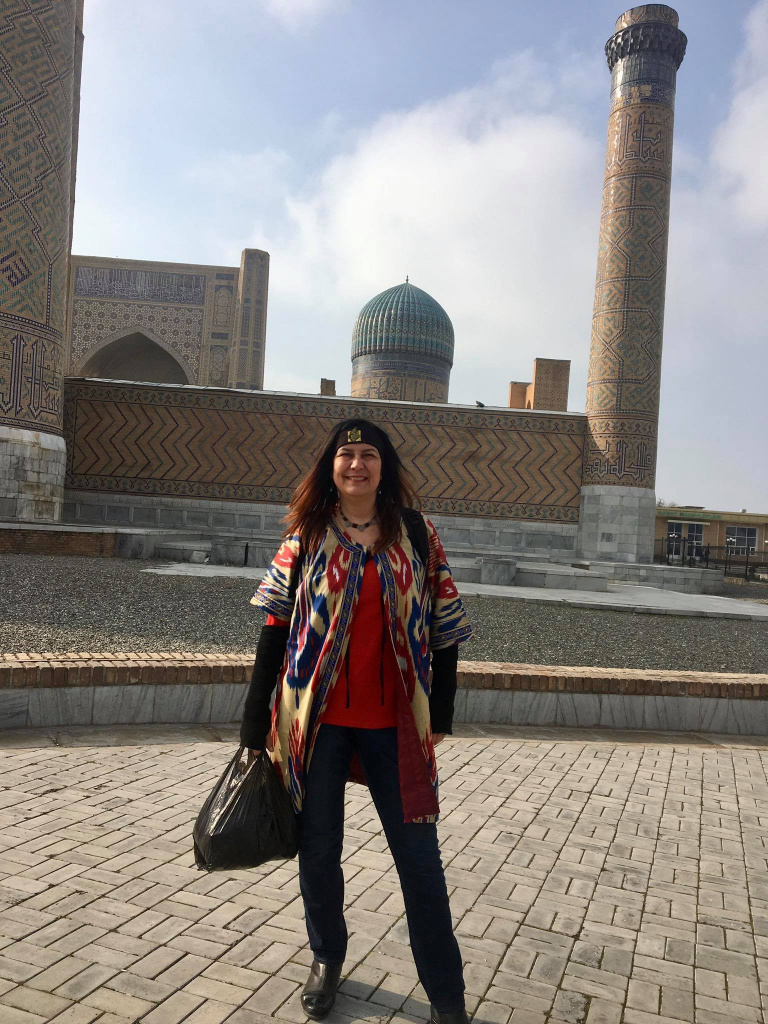 One time, Tony and I were doing some shopping in the Askia Bazaar on the way home. When we got back to the apartment, Tony could not find his laptop. After searching the whole apartment, we realized he must have put it down in one of the shops in the bazaar. We rushed back to the market and started retracing our steps, going into each shop we had visited. As we came up to one of the stationary shops, one of the young men met us at the door, holding Tony's laptop, a big grin on his face.

Another time, we were in a much bigger outdoor market, shopping for clothes. I accidentally gave the shop owner 2 of the biggest bills, instead of one, when paying for my jeans. I did not realize I had done this, but a half hour later, the owner hunted me down in the bazaar, to return the extra money. I was flabbergasted. I knew how long most people in Uzbekistan would have to work for that bill. It was a lot. I asked my students about this incident, and they were shocked. "Ms, it was not his money. Why would he keep money that was not his?" 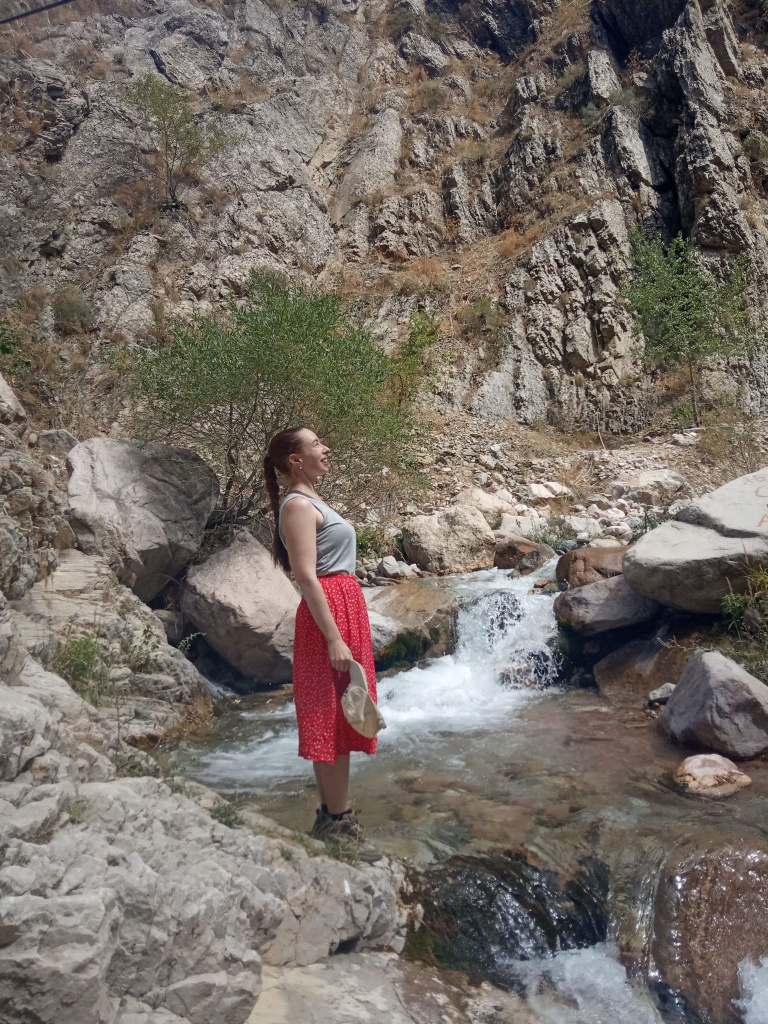 I am from Montreal, Canada. I speak English, French and sometimes Russian. I am a teacher.My husband's family is Russian but they have lived in Uzbekistan since the formation of the Soviet Union. I met my husband when we were both working in Moscow. Later, after we had a baby, I decided to move here to be closer to his parents. I also wanted to live in a cheaper city than Moscow.

I first came to Uzbekistan for a visit in September 2018. It was wonderful. It is a vibrant, fun, and fascinating small capital city. It is not overwhelmingly big but it is very interesting. I loved the contrasts of the old and the new. My daughter and I also love all the cats.

When we arrived, there were many problems. It is not simple to get internet at home. This is extremely frustrating. Once you get it, you come to understand that it is unreliable and of poor quality. It is also very frustrating trying to change money because all the banks have different rules. It is very difficult trying to bargain at the bazaar; in Canada,it is very rude to bargain, so I could not do it here. I am still terrible at it. 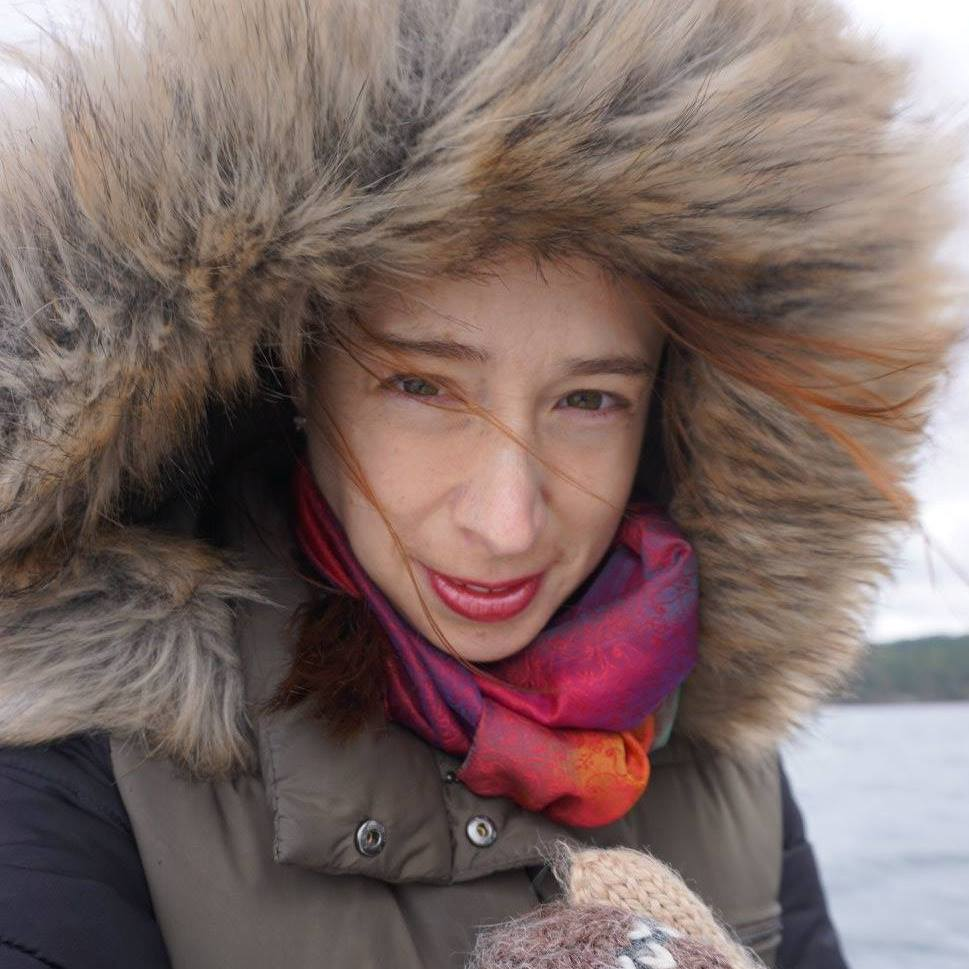 Tashkent is always changing. Old neighborhoods are destroyed in seconds and replaced with luxury apartments or new businesses. Actually, this is a little sad. Public transport is terrible but the informal taxi practices are great.

There are no similarities between my home country and Uzbekistan. Everything is different — the religion, the language, the culture, the way of doing business, the work ethic, the family structure, and the mentality. Everything is new for me.

Uzbek people are unbelievably warm and curious. They love children. They do not ever seem angry, except when they are driving. In Tashkent, people are polite and somewhat cosmopolitan. Tashkent feels like a small town because people, even strangers, will always help you with anything. People from the countryside, particularly men, usually stare at me, as I am an alien. Also, Uzbek people are very relaxed about time, schedules and deadlines. They are extremely laid-back about time. But then they get in their cars and drive like maniacs. This is quite humorous.

Uzbekistan grows the healthiest foods I have ever seen. All products are organic and there is a huge variety in fruits and vegetables. In Canada, we import most foods and they are of very poor quality. In Uzbekistan, people adore children and are always happy to see my daughter. In Canada, people find children irritating.

The funniest thing for me is the Uzbek perception of temperature. If the temperature drops below 30 degrees, parents put sweaters on their children. This past summer, the temperature did not often climb above 40 degrees, and Uzbek people described this summer as 'cold.' As a Canadian, it was like living inside an active volcano. 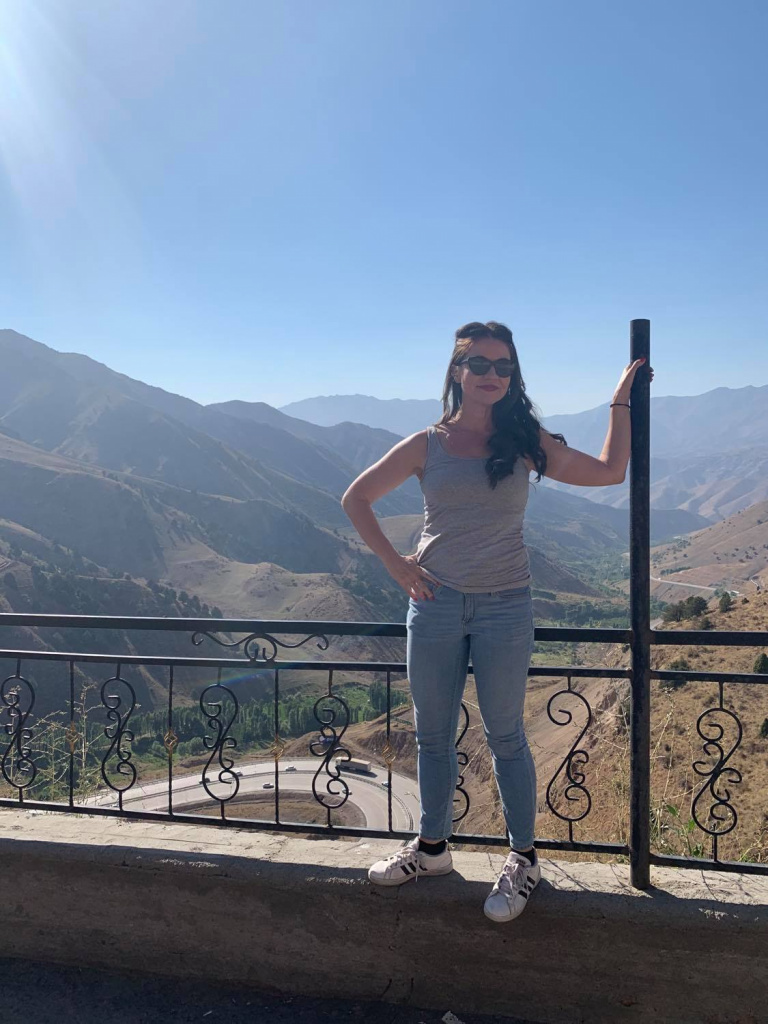 I am from Los Angeles, California. I am freelance website writer and translator. I already have lived in Uzbekistan for six months. I fell in love with a Russian working in Uzbekistan so we decided to give it a 60-day trial period, which lasted six months due to coronavirus.

It was simple and beautiful but very different from my country.

I was trapped abroad for six months; I think that is the big difficulty for now. 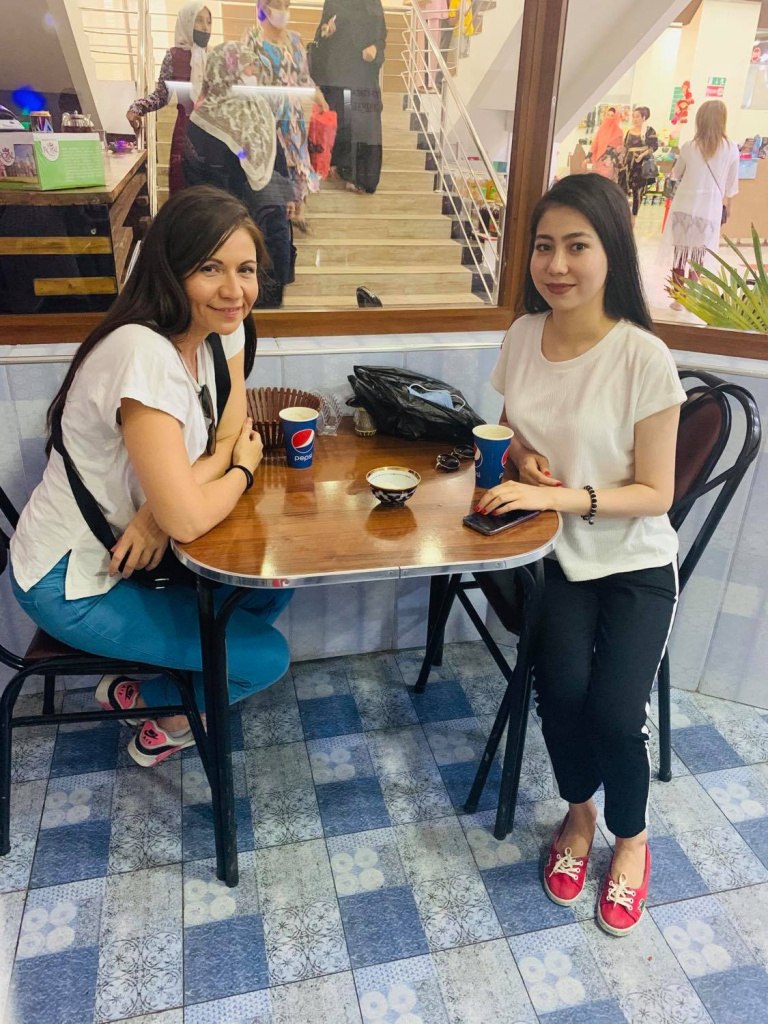 There are not many similarities. However I am Mexican and there is huge similarities between both cultures. For instance being late to events and meetings, kindness and humility. Also people here love they neighbors.

People are so kind and welcoming that it made me feel much better than I could have imagined. I like people’s hospitality and not a selfish culture. Real friend are real friends here. 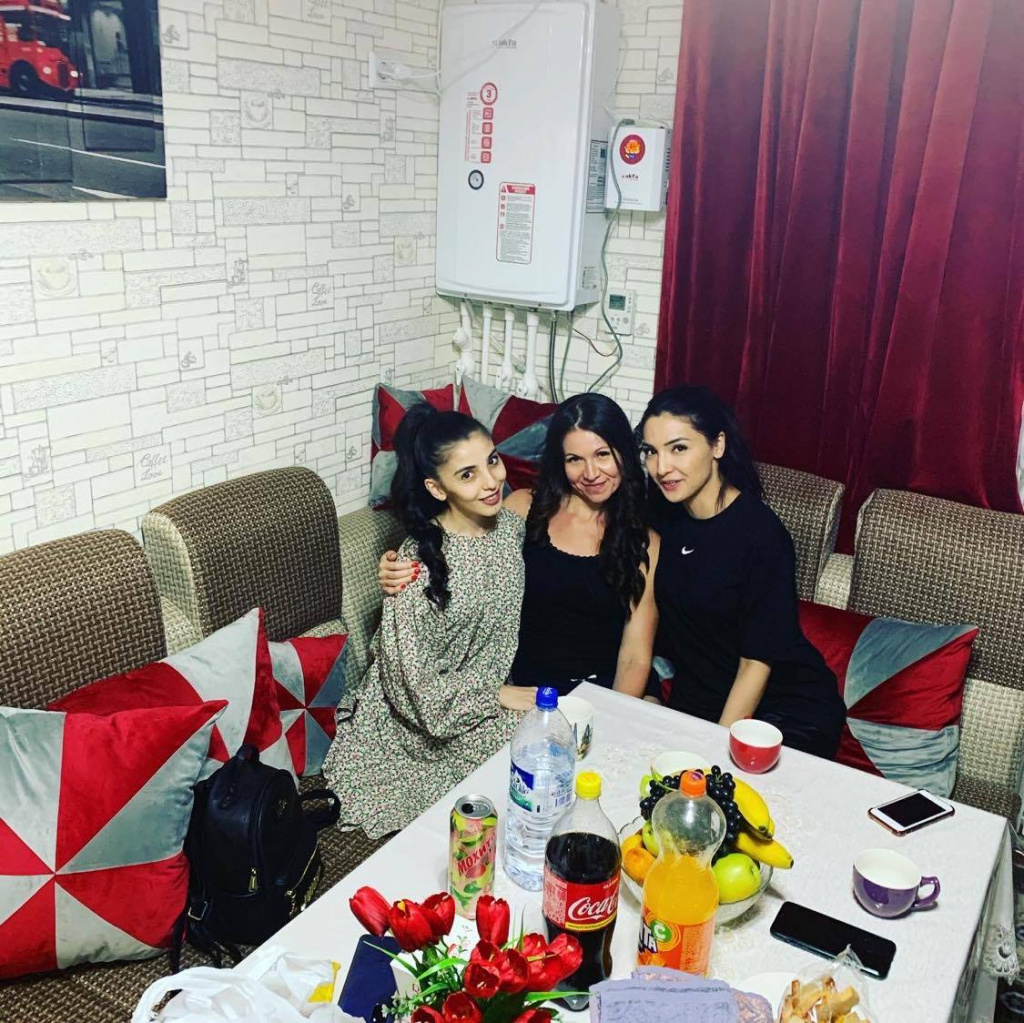 I met an amazing man and now we are engaged. I met him in January when I visited but then in May when we were together he proposed. I think this is good story that happened with me here.

Read this article
Vegetarian from the United States shares how to live in the country, where everyone l...