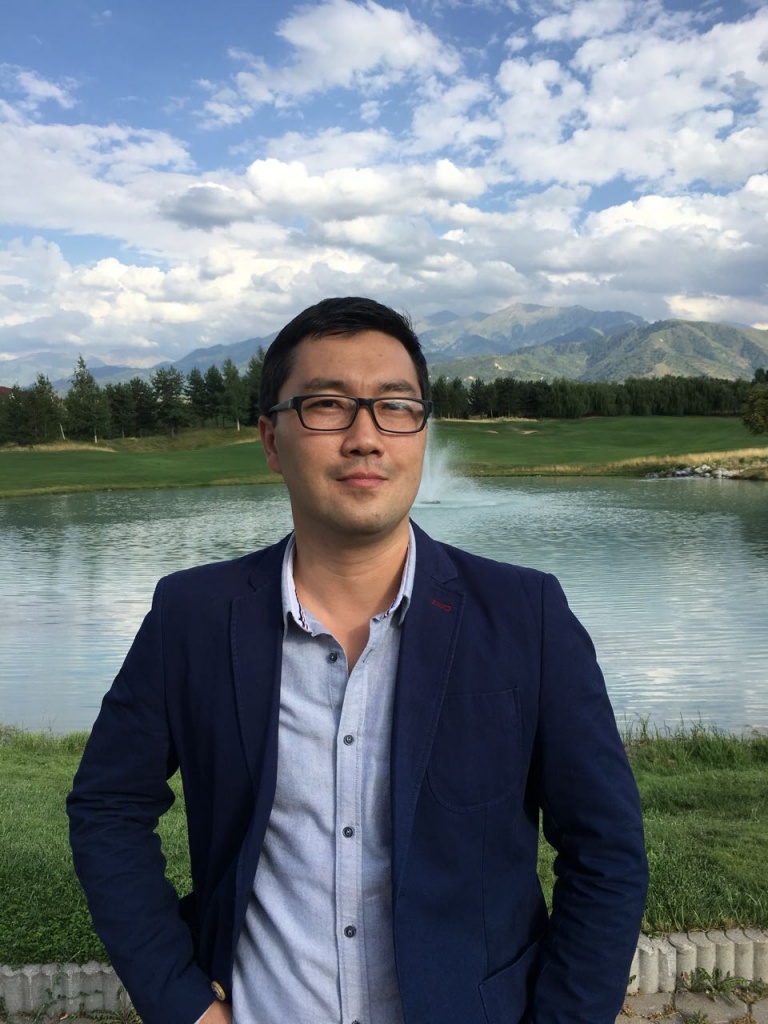 Crypto-currency appeared in 2009 thanks to a person or a group of individuals under the pseudonym of Satoshi Nakamoto, and was distributed at that time only at specialized forums and websites. The first transactions were made only in 2010, and only by 2013 the price of bitcoin increased to 1,300 dollars. Then due to fraudulent transactions in the system, the price dropped significantly. Today, the cost of bitcoin has reached 8,000 dollars. The advantage of the bitcoin system is the speed of the transaction. But still, the main advantage of bitcoin is value as an asset.

As for me, I learned about the crypto currency three years ago. My friends who are currently working in this field told me. At first it was an experiment that grew into a hobby, and over the last year became the main activity.

For me, bitcoin is a rapidly growing digital asset. This year it grew eight-fold, last year the price increased five-fold, the year before it raised for five times. Can you imagine how big this growth is? This is a good investment.

Recently, I do not spend crypto currency — I just save money up. For two years, I’d actively been using it, paying for utilities, orders in coffee shops, etc. I get bitcoin using special equipment — ASIC-miners. They solve complex mathematical tasks at high speed. Block chain generates bitcoins to execute these tasks.

In general for bitcoins you can buy real estate, food, and electronics. On the Internet goods can be sold for crypto currency. Today in Japan and in a number of other countries bitcoin is recognized as a means of payment, most shops accept it. More than 50 officially registered stock exchanges are sailing bitcoins now. In America, as in Europe, bitcoin can be bought and recognized as a commodity. In Kazakhstan I came across some ads about selling real estate for bitcoins. In Astana pizzas can be bought for crypto currency.

Doing such kind of activity implies certain responsibilities. It’s better to keep in mind system security of any device used: both laptop and smartphones. Unfortunately, many scammers have appeared in this sphere. Nevertheless, carefully approaching the study of the topic, the users can develop.

In Kazakhstan there is no legislation regarding the use of crypto currency. But, as far as I know, we will create favorable conditions for the cryptosystem and start-ups in this area. In addition, the National Bank is engaged in the creation of a product based on the block chain system.


Adil Akbaev, 28 years old, from Karaganda, an investor, an entrepreneur, a bitcoins collector 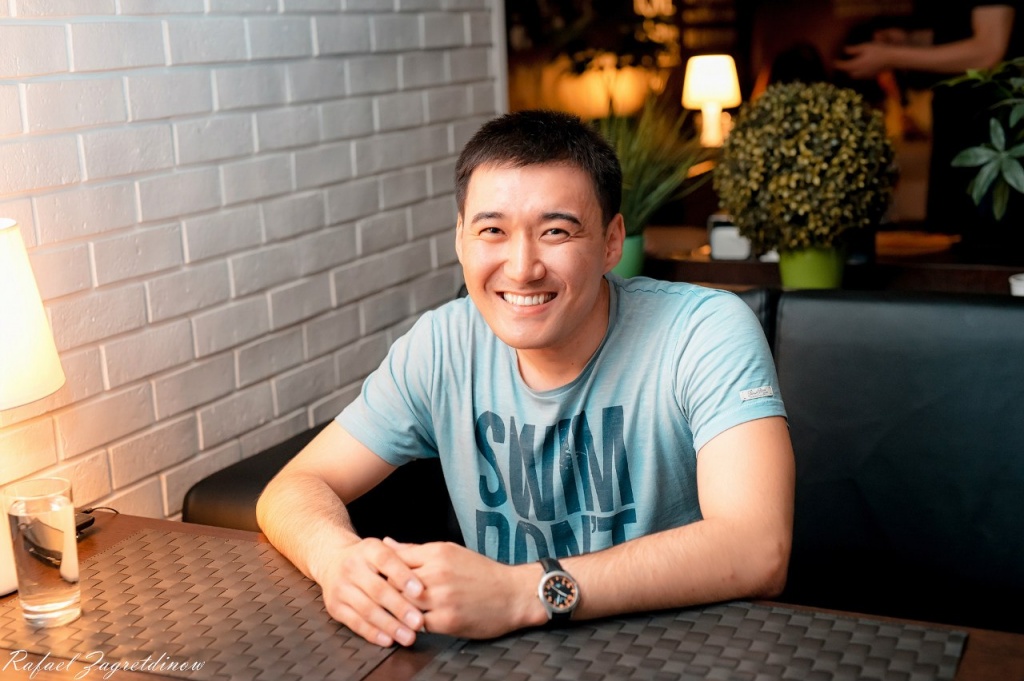 In 2016 I and my friend sold a restaurant, and I started thinking of investing money. I tried different options, but eventually I decided to buy crypto currency. Firstly I heard of the term "coin" a couple of years ago during the live broadcast of Vladimir Putin. He answered a question related to electronic money. A year later my friend started working as an interpreter for the information agency, where he was paid by crypto currency. He explained to me what kind of system it was.

I bought my first bitcoin for 1000 dollars. Now one bitcoin costs 8 thousand dollars. As soon as my income began to grow, I began to go deeper into this topic. The more I got into it, the more I became confident. Then we began to invest and earn money.

The bitcoin system has many advantages. The first one, it is transportable. It can easily be sent to anywhere in the world. The only condition is to have an access to the Internet. The second advantage is its divisibility. It can be divided up to 0.00000001 bitcoins. The third plus is it’s recognizable. And, most and foremost, bitcoins are limited and safe. Currently there are 16.5 million bitcoins, and there may be 21 million of them, which is the maximum. The national currencies have an inflationary development model, while the bitcoin has a deflationary model. Demand is large, and supply is limited. As for the security, then getting one bitcoin on the purse, you can be sure that this bitcoin is real and has been tested by the whole network.

There’s a certain risk though, such as the loss of the password. The thing is that it cannot be reset. Some of the risks are also associated with the exchange where bitcoins are exchanged for dollars. If you bought Bitcoins on the exchange, and they are stored there, but not in your personal wallet, then there is a danger of losing them due to hacker attacks. There are also risks related to investments: do not invest more than you are ready to lose, because it is still an experiment, and it is extremely stupid to invest the last money in it. But all these risks are small, taking into account the recognition of the currency in the world. People like Jack Ma, Ilon Mask, Bill Gates and Steve Wozniak talk about it, their companies accept bitcoins.

Japan, South Korea, America, Switzerland and others have already legalized crypto currency. There you can buy groceries, shops, equipment, clothes, housing in shops. In Kazakhstan it’s not legalized yet, yet it is possible to make purchases on the Internet. Also now there is a large number of services that change bitcoins to dollars.

Personally, I use bitcoins to pay fairly often, because it's convenient and I do not need to pay a commission. For example, recently I purchased a training course on promotion to Instagram for bitcoins. Bitcoin is not only a way to earn money and an active currency, but also a means of preserving value. As for large investors, they keep their assets in real estate, precious metals, securities. Bitcoin is considered to be digital gold, as its main feature is to preserve a value.

Once this sphere is resolved in our country, it will cause more confidence. For example, recently there was a conference on the digitalization of the economy, where Nursultan Nazarbayev gave instructions on the development of start-up projects in this area. At the premises of the"Astana" International Financial Center Crypto area will be set. There startups and projects related to this topic will be held, as well as ICO, through which it will be possible to implement the ideas of the younger generation. We are also developing a block chains system. In early December the first smartphone created on the block chain system will be presented. Our country is one of the CIS countries, which has seriously engaged in crypto industries. I am proud of that. 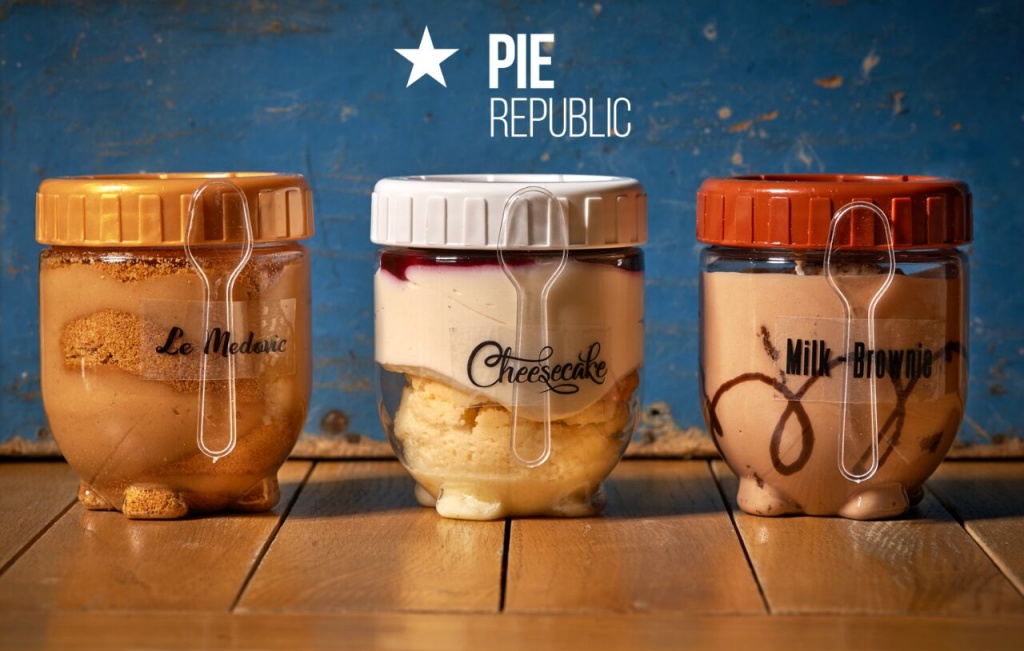 I learnt the "crypto-currency" term late. In general, as a person who is engaged in the confectionery business, I saw it as a benefit. It is not about the crypto currency itself, but about people attitude towards it. As everyone started to talk about it, I realized that sales through the crypto currency can be a good advertisement.

I thought it was cool to be the first who sells a trifle for bitcoins. Desserts are not a car or a house, but a thing that people buy rather often. We launched sales for bitcoins on October 1, and for a month and a half there were only four cases of such a purchase. In Kazakhstan the crypto currency is not a common matter yet, and the average consumer does not have bitcoins.

As for the benefits for business, figures can be a vivid example. For example, at the end of October we sold dessert for a certain amount of crypto currency. Today the course has changed. The price has raised from 5000 to 8000. Therefore, the more the bitcoin rate has grown, the more the cost of dessert increased. It's as if you bought dollars before the devaluation of tenge. The mechanism is the same, but the currency is electronic.

There are peculiarities. We sell one dessert for 1200 tenge, while for bitcoins six pieces at once are sold. If we sold one at a time, they would be given almost for nothing, since the transaction also has its price, which is equal to the price of one piece of dessert. After all, desserts cannot be sold for one bitcoin, which is 8000 dollars.

Therefore, it’s a way of a business ad for me. I have a wallet, where I accumulate bitcoins and so far I do not use them in any other way. Perhaps later, when a certain amount of money is collected, I will cash them or pay.

Another feature is related to the legislation. Since the crypto currency matter is not regulated and fixed today, there are still many questions about its use in business.

2068
What gadgets and applications Japanese are using