9 amazing places in Kazakhstan: Mountain lakes and an abandoned island

9 amazing places in Kazakhstan: Mountain lakes and an abandoned island 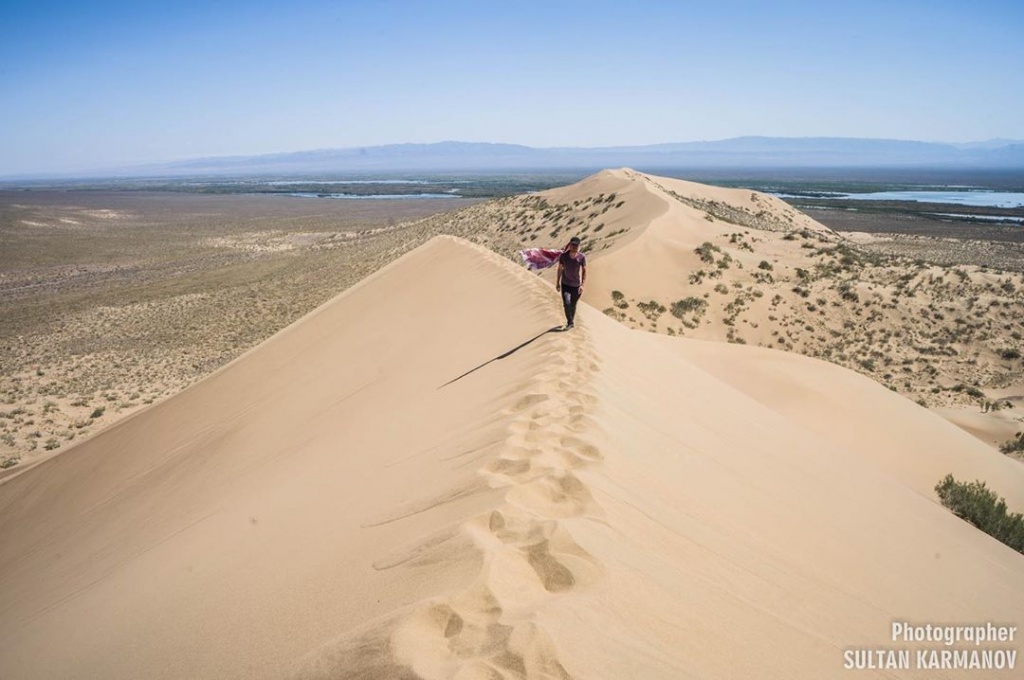 If you could not imagine a holiday in a natural park on the sand, then this is a great way to organize a tour to Altyn Emel. The local attraction is a singing dune with moving grains of sand. It can be seen from afar and heard in dry and hot weather. There you can arrange an original picnic and make beautiful photos. You can also go sandboarding if you bring something similar to the board.

The place can be reached by car, 182 kilometres North-East of Almaty, on the highway through Sary-Ozek, to the village of Basshi. The total travel time is 5 hours. 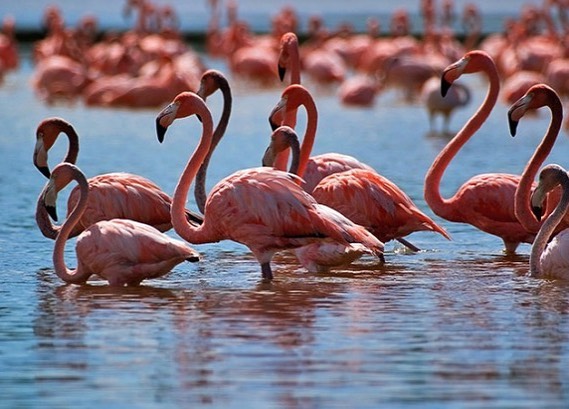 A place was chosen for ecological and aesthetic recreation. The unique territory protected by UNESCO. Korgalzhyn famous for its rich flora and fauna, as well as natural landscapes. On excursions, you can meet and watch a variety of birds. Pink flamingos live there.

The territory is a system of a double lake: flowing lake Korgalzhyn and drainage lake Tengiz, connected to each other. Tengiz-Korgalzhyn lakes are not only the most extensive water area of the steppe zone but also one of the unique places on the entire Eurasian continent.

Eco-routes for tourists is open from May to October. Movement on them occurs on personal transport of visitors if it is the SUV, or on cars of the reserve. There is a winter garden in the centre, children's room, cinema with scientific and educational films.

Korgalzhyn reserve located in the North of Kazakhstan, 130 kilometres from Astana. It is possible to get to the village of Korgalzhyn by public transport or by car. 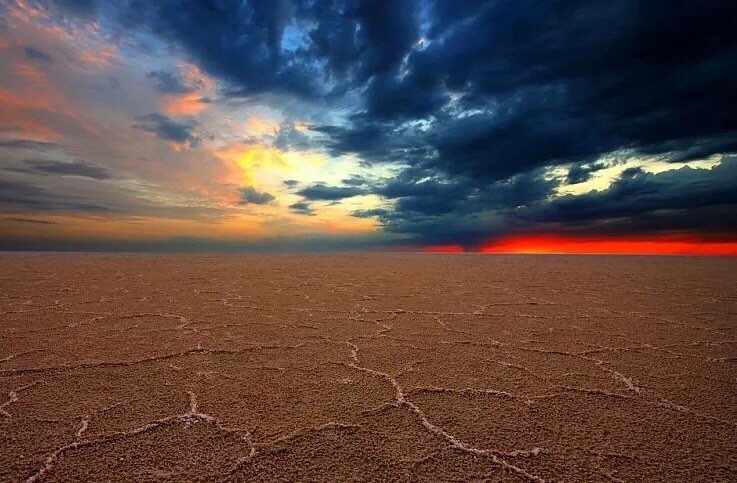 Rest for lovers of mysticism and mysterious places. This is a former island in the Aral Sea, now the track in the Aral area of Kyzylorda region in Kazakhstan. In translation from Turkic languages, the name means «you wouldn't return if you go». A place where you can enjoy wildlife. Tourists are attracted by the ship, which stands alone in the steppe. Barsakelmes was called the most closed nature reserves of the entire Soviet Union. Previously it was almost impossible to get there because of the strict access regime. Aralsk is 200 kilometres away from Barsakelmes, so you can get there only by car. To the coastline, you go by car, and then about six hours drive from the village Karateren. 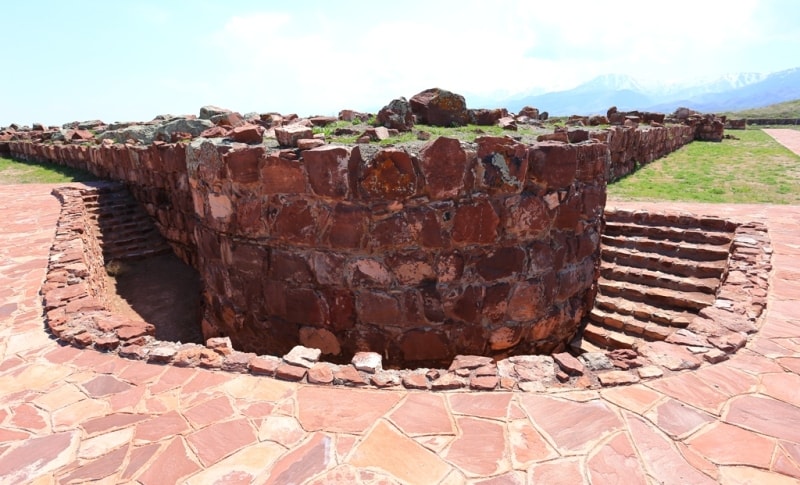 Not many tourists come to see this settlement, although it is compared with the ancient abandoned cities of Egypt and Rome. This palace complex built in VIII-IX centuries, a structure of red stone blocks. In the centre of the building is the main entrance with a patio, two ponds. In addition to the palace, the complex includes country estates, a castle, a park, a quarry for the extraction of stone, a clay quarry. The other part consists of residential and commercial premises. Pilgrims come to this place to recharge their batteries and meditate. If you like ancient mysteries, you can join the scientists who still haven't given an exact answer to what this place was. Akyrtas is located 45 kilometres from Taraz, in Zhambyl region. 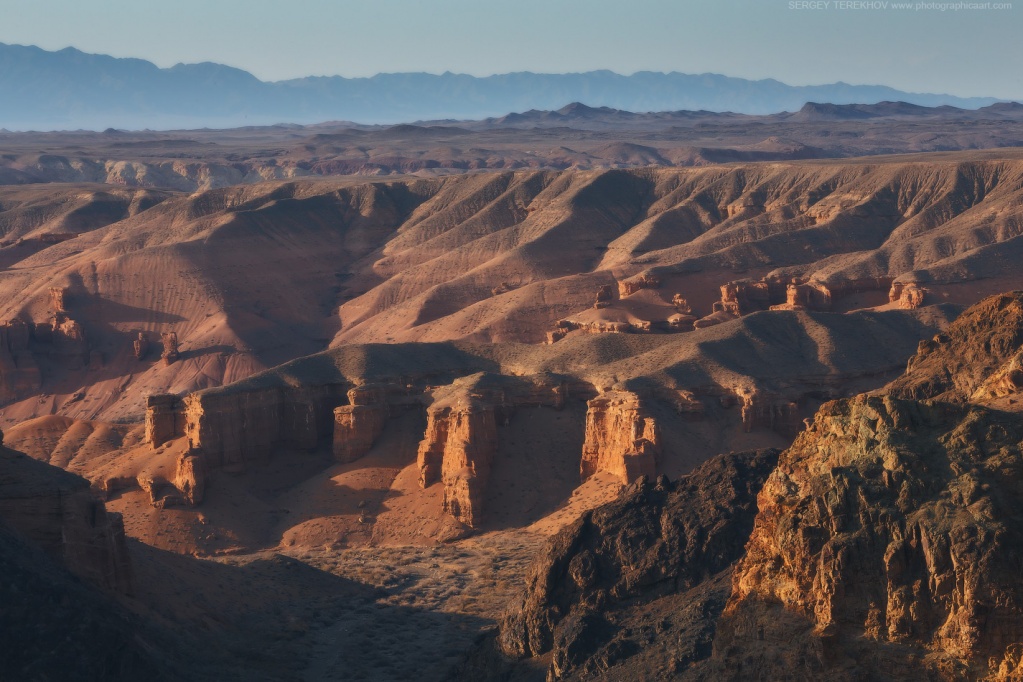 
The backbone of the dinosaurs

A great place for climbing at any time of the year. Mountaineers call the 12-kilometre ridge of the mountain in the gorge of the river Sazan-Ata. This place offers an overview of three mountain peaks, peaks: Sairam, Igla and the 20th anniversary of the Assembly of people of Kazakhstan. There are two small mountain lakes nearby. The upper lake is 2745 meters above sea level, the lower — at the level of 2690 meters.

At the foot, you can make a picturesque photo for memory. In the valley camp for acclimatization of climbers is necessarily broken, here it is possible to pitch tents and to be warmed by hot tea, enjoying the surrounding beauty.

Sairam-Ugam National Park from Shymkent can be reached in an hour and a half. To the Ridge of Dinosaurs to walk about three kilometres. 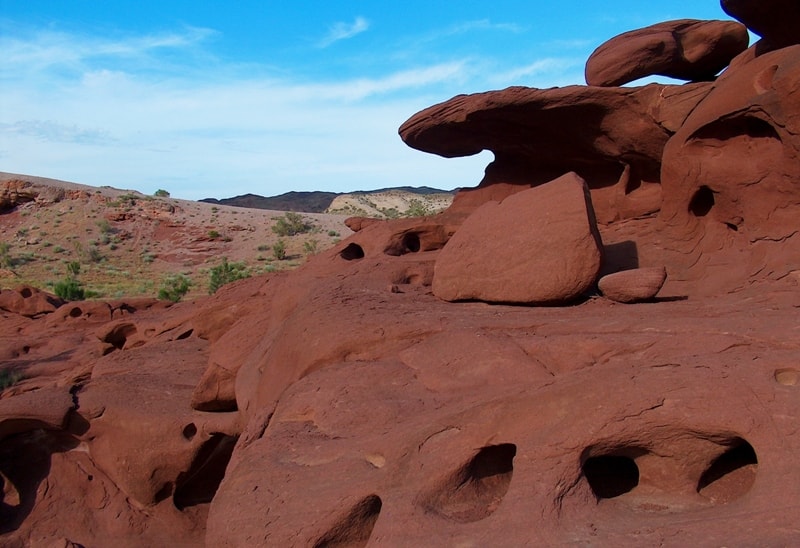 If you've always wanted to visit Mars, this place is similar to what we used to saw in the pictures. Close to Aktau located volcanic mountains Katty-Tau. Geologists say these volcanic mountains of the Permian period. In the Eastern and Western parts, there are two paleovolcanoes. This place has an ancient history and preserved details of an ancient civilization. The mountains located in the National Altyn-Emel Park.

Irgiz-Turgay state nature reserve located in Aktobe region in the Northern deserts. The basic purpose of a nature reserve — conservation and restoration of saiga populations. The reservoirs of the reserve have valuable fish species. According to the analysis, the age of the crater in this area is about one million years. The crater formed as a result of a meteorite falling on the Earth. This is an interesting and unpopular place among local tourists, but with many foreigners. The crater located in Aktobe region in the protected area of Irgiz-Turgay. 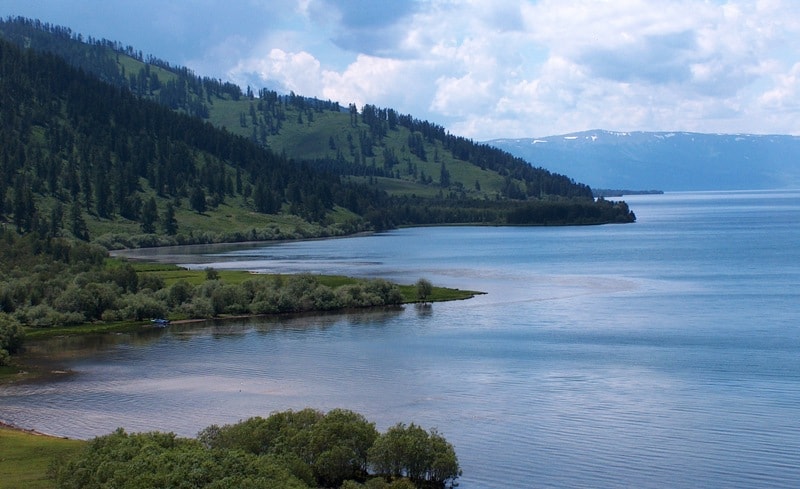 The largest Lake in the protected area of Altai. The lake surrounded by a mountain taiga, where grow valuable species of trees. The purpose of the reserve was the protection and preservation of nature, meadows, taiga and mountain forests on the slopes of the Altai mountains near the lake. Today, many tourists visit the lake to enjoy nature and see one of the most beautiful Alpine lakes in Central Asia. In the waters of Markakol in different weather, you can see many shades of blue, grey or even black.

The way from Ust-Kamenogorsk to Markakol takes the whole day, better to leave in the morning to be on the spot in the evening.

We thank for the help in creating the article Pavel Tenyakov, Damir Karimov, Alexei Bushmelev.

Read this article
Ethnic Kazakhs from Europe about diasporas in different countries and preservation of...

1144
9 unique places in Kazakhstan to travel by car