3 KAZAKHSTANIS ON HOW THEY OVERCAME THE IRONMAN DISTANCE

3 KAZAKHSTANIS ON HOW THEY OVERCAME THE IRONMAN DISTANCE 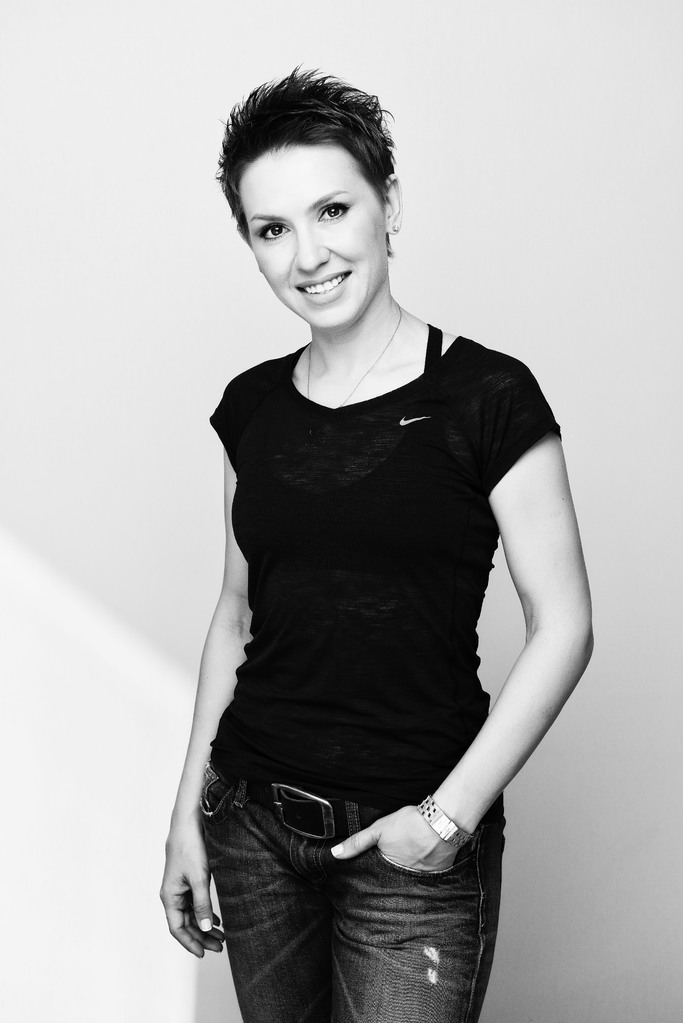 I have four full Ironman behind my back: one in Florida, two in Germany and one in Barcelona. The last one was last year, in October.

Participation was a long-standing and desired goal, which had been planned, because I'm a hobbyist and engaged in various cyclic sports. Ironman has become for me another step in the exit from the comfort zone.

Preparing for the first Ironman took about a year, it combined all three disciplines included in the Ironman. The preparation cycle for the next starts took approximately the same period of time, but it was more dynamic. The first Ironman seems to drive a man to the moon. You don’t know what will happen, how the organism will react to food or an amount of work, because you try to do all these activities by one or two, but not all at once. You do not know what you're going to face, it's difficult to predict. When you participate in Ironman for the second time, you understand where, how and what to do better. You can do something different, you can experiment, you are more persistent in your training. It is important for us to skate a certain period on the highway, so that we have “a certain number of kilometers in our legs”, speaking the language of cyclists and triathlonists.

Having finished my first Ironman, I already checked in for the second. I knew that I would continue to participate, I knew that I would be interested. I expected a violent reaction from myself when I hear the treasured phrase: You are an Ironman! I imagined that when I’d finish, there would be a storm of emotions that will overwhelm me. In fact, it was so ordinary and simple, as if I just stepped onto the next level. I think this is due to the fact that when you prepare for Ironman, then you get "iron" already during training: you get up early in the morning for training, you manage to combine workouts with work, family, and live in the "iron" rhythm of non-stop. Therefore, you realize that you are "iron" before you have reach the finish. 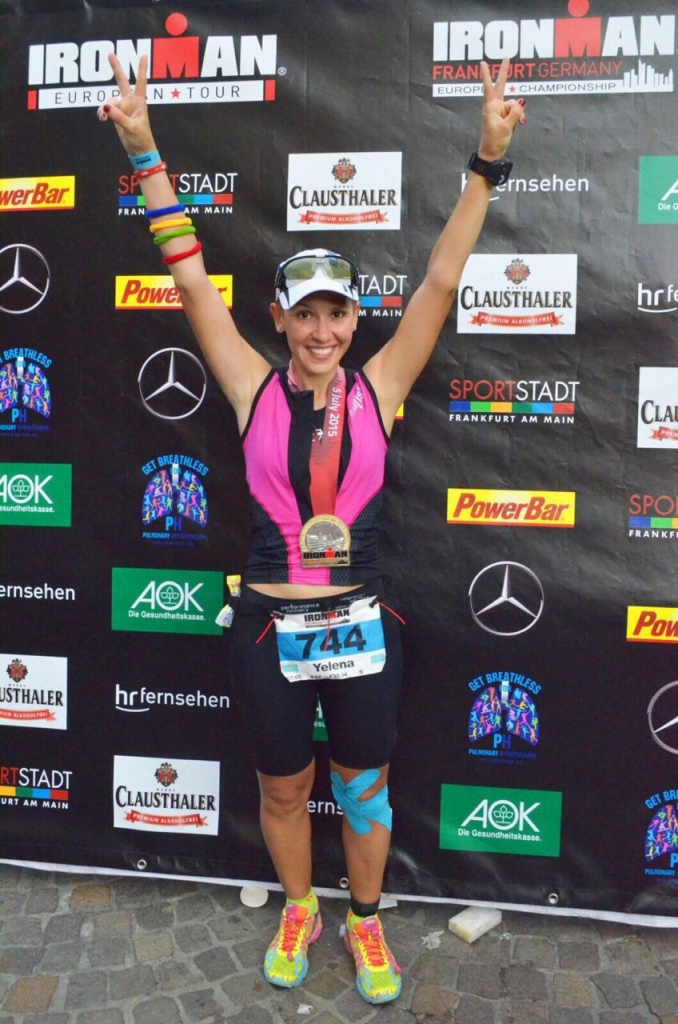 Ironman changed me. I became more disciplined, stopped wasting myself on various trifles, I got more serene towards many things. It helps not only in sports, but in life, and in business. Everything gets clear, you do not spend a single minute on something that will not do you any good. You rationally begin to spend your time - this is the most important thing that gives Ironman. After that, you are ready to work non-stop for a project, ready to live several days in the rhythm of Ironman, you become more productive.

Last year I entered the 5% of the Ironman racing series among amateurs. For me it was very significant. This year I took part in the Quest for Kona competition, where we shot videos and tried to tell people what is a person who trains. These two were a kind of my own achievements in the Ironman series. 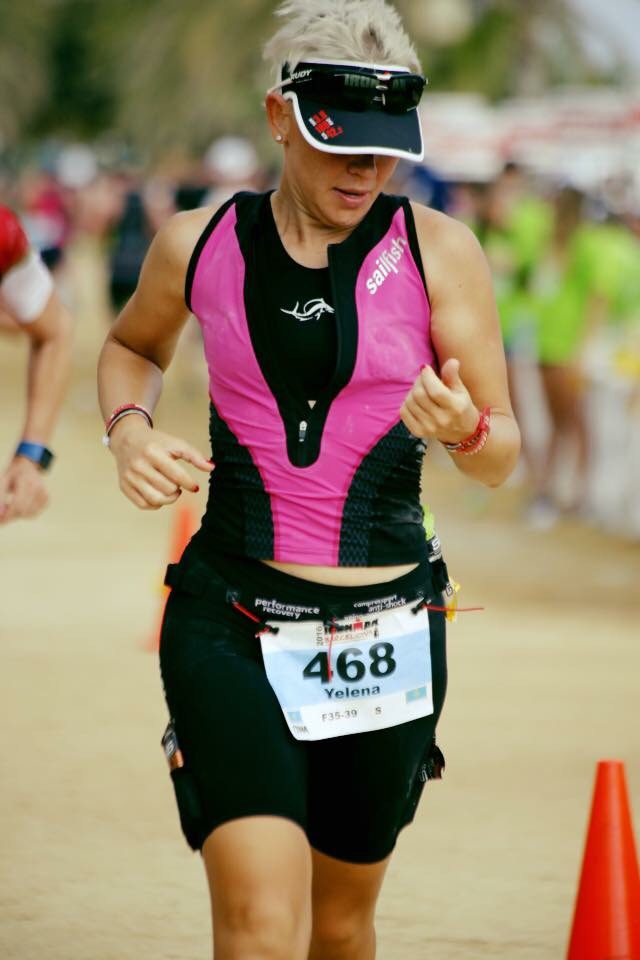 I’m planning to participate in a couple of iron starts soon .

I would recommend not to be afraid, people often think that is something impossible. Ironman's motto is "Impossible is nothing". It's enough just to want, and at the moment you set a goal and want, you make the first step to the finish. And the second, don’t hurry. It's rather fashionable now, and people think that two to three months are enough to achieve the goal. You need to have a good experience of cyclic training, so that this distance wasn’t a rape, but brought euphoria, and you could taste the moments of joy and pleasure after the finish. 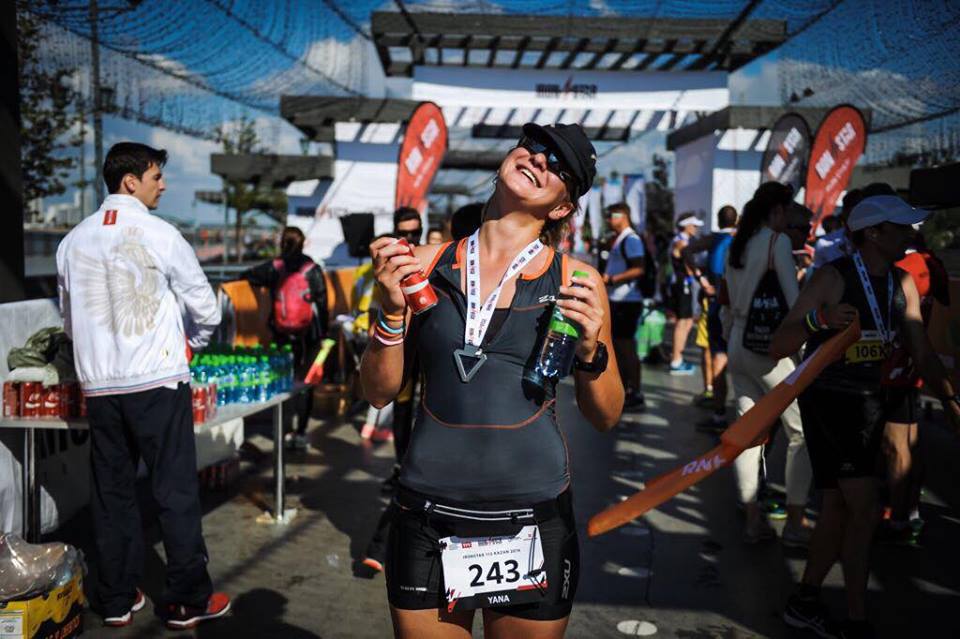 Last year, in October 2016 in Barcelona, ​​I made my first Ironman. I became the sixth girl from Kazakhstan, who passed this distance, and the youngest owner of this status among Kazakhstanis. People usually participate in Ironman after 30 years.

I learned about Ironman from my friend, she told me about it when I just started running. When I learned about the distances of Ironman, I thought it was cool, but completely unattainable and unreal. I couldn’t swim, I did not have a bicycle that moment! I just ran for my own pleasure at a slow pace. But I had a dream: to overcome that distance. Over the course of two years, I moved to my goal: I participated in intermediate starts, trained, was determined with the place of the main start. It was a preparatory process, and focus training, which aimed at participating in Ironman, lasted for six months. I think it's possible to prepare for Ironman in half a year, but not good for health.

Initially, I thought that having reached the finish I will change. In fact, I stayed the same, but realized that I can do more, that fears are surmountable and the borders can be expanded. Facing obstacles I remember that I did Ironman, that I was in motion for 15 hours. Ironman makes it possible to believe that if you truly want something, you can achieve this - the boundaries are conditional.

Ironman for me is a human matter. It's clear that you pedal, run and swim alone, but it's important for me to know that I'm expected and supported at the finish. People in the long run are different - real, feel the mutual help, the community of goals. It's great when you have your own training gang: you have the same goals and values, one look at many things, you motivate each other to develop, improve. 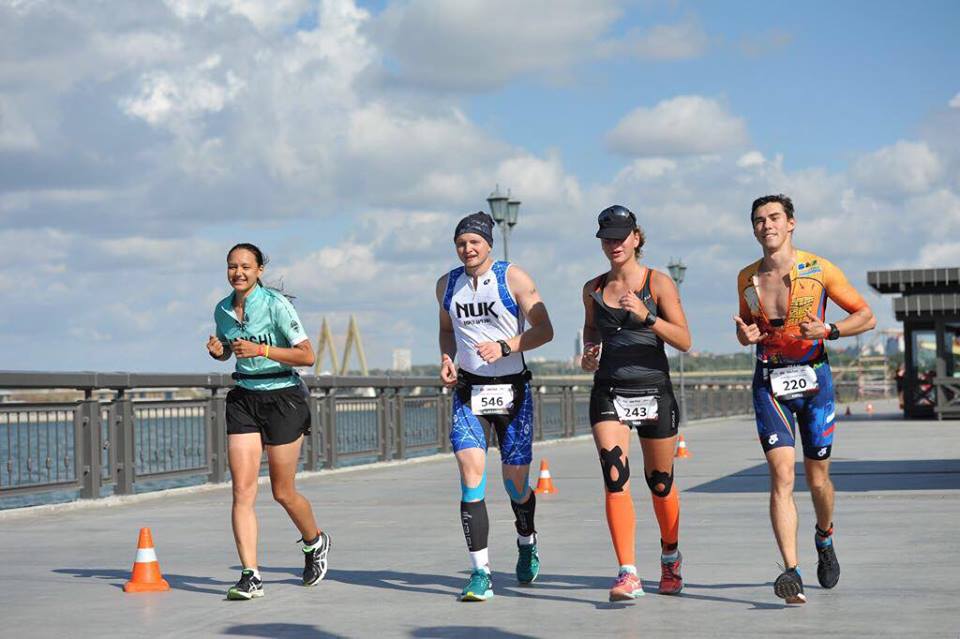 Swimming is my favorite activity in the triathlon. Firstly, this is the first discipline in the long run, and you are full of strength, unlike the running stage. Secondly, you have much more control over the situation, compared to a bicycle, when anything can happen: breakdown, puncture of a wheel, a blockage.

I'm planning the next Ironman for 2018, although last time I decided never again participate in a long triathlon. Ironman is a drug: after passing the distance once, I want to repeat, improve the result. The second time I hope to enjoy the distance, feel it. 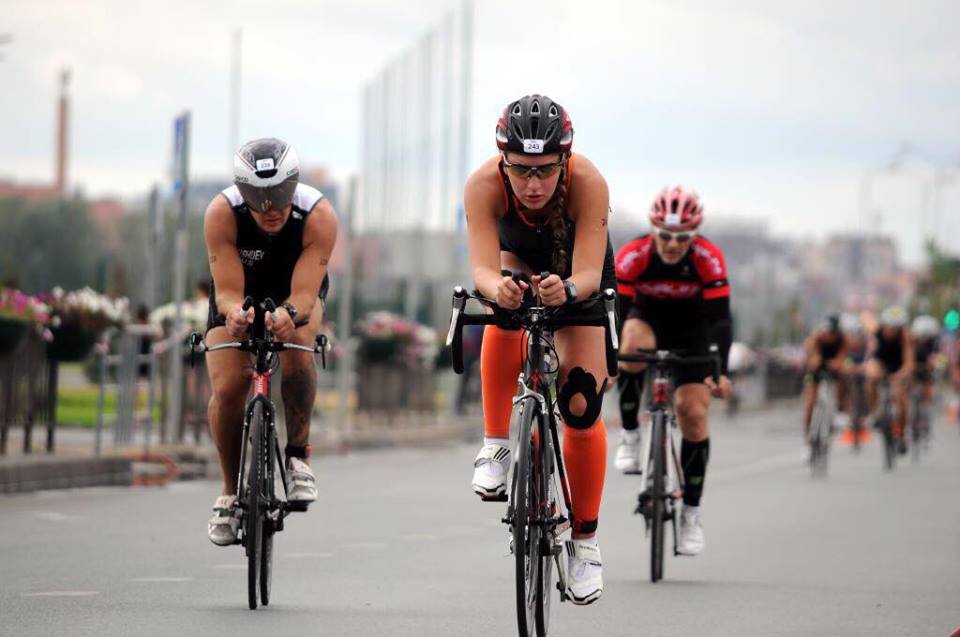 One of the main components of the successful finish is an adequate coach, who will lead you to the start without injury, in good physical and psychological shape. Also, it is important in terms of your own safety to train a bicycle on the highway in a group. In general, team work on all three disciplines makes you feel more fun and psychologically easier. Do not listen to what people far from the sport say, they tend to devaluate your dream. Set a goal and go to it. There will definitely be some obstacles, something will get in the way, something will go wrong, it will be scary, but you need to clearly see what you want to get at the end of the path, and then everything will turn out!

General manager of a foreign company 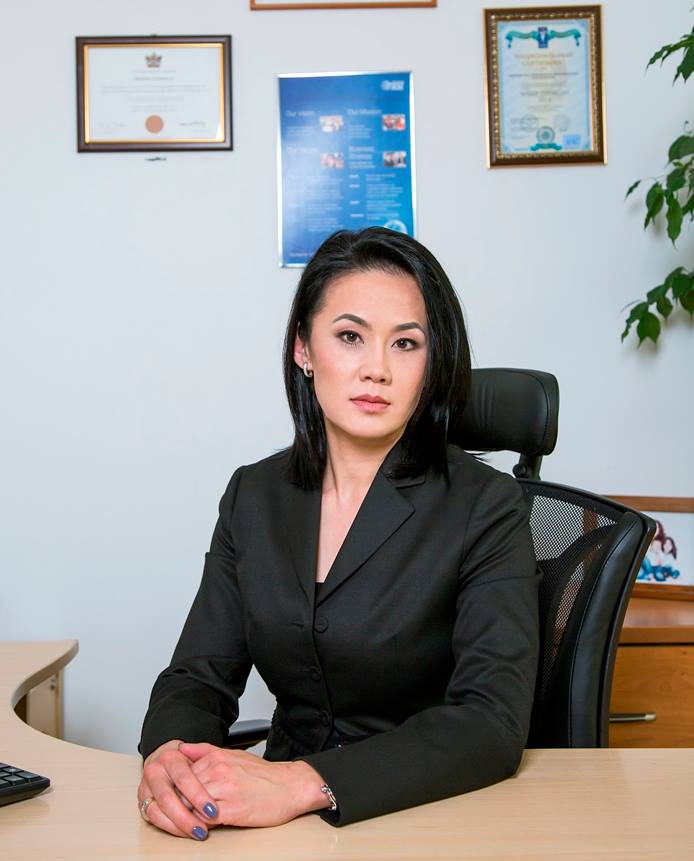 My first Ironman was held in November 2014, in Arizona. I'm a competitive person. At first it was important for me to build a stable career, to achieve results in the professional field. Then, when certain goals were achieved, it was high time for me to develop in another sphere. I accidentally turned out to choose sport, a triathlon. Therefore, competitions in the Ironman format were so bright and "tasty" challenge that I decided that I would definitely do it.

Ironman is a physical test, and it is important to note that such competitions require a fairly long and stable preparation. The standard recommendation is about two years. For me it was a year and a half since the start of the triathlon from February 2013 to November 2014. But even after such a period, in November 2014 I was not completely ready. 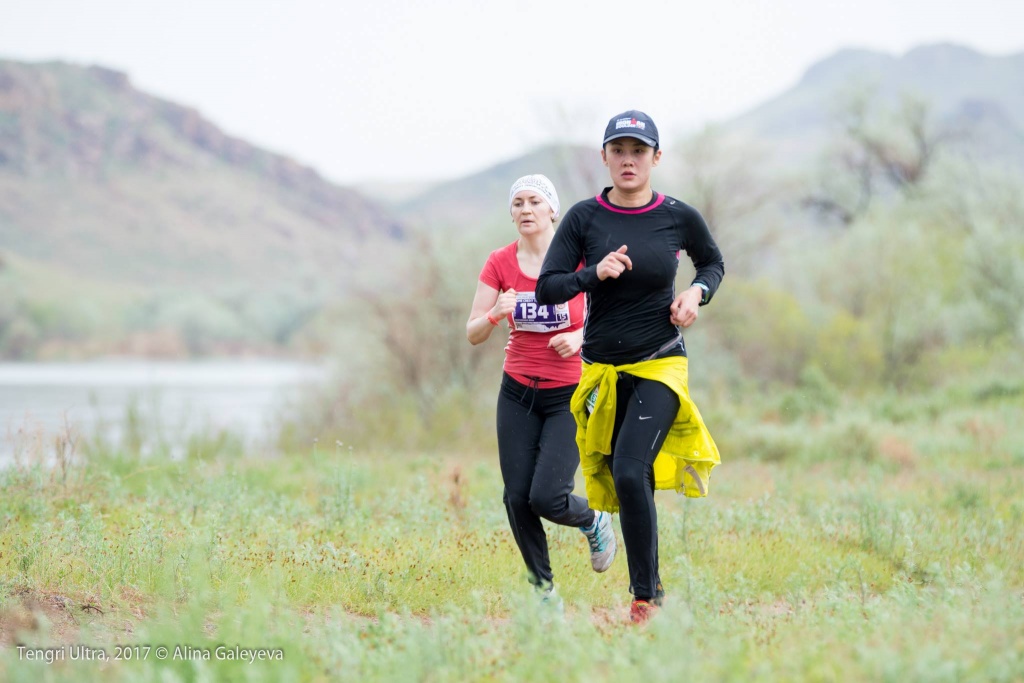 Training is done in three main disciplines: swimming, biking and running. There’re 2-3 trainings for each sport in a week. If one of the sports is lagging behind, for example, many Kazakhstanis do not swim well, which is explained by our location, then there will be three or four training sessions a week. In addition, it is recommended to do at least one or two strength trainings in the gym, do some stretching, yoga. At the moment, when the active pre-start period lasts, training takes up to 15 hours a week. This is actually a physical and mental test. Because it's better if your body is ready for 4 km swimming, 18 km cycling, and then a full marathon running.

I was convinced that there is nothing impossible. If you set the goal correctly and prepare an appropriate plan for it, you can reach any heights. I believed in myself even more.

The main difficulty for amateur athletes is time. Ability to combine intensive training and work is necessary, because this sport is quite expensive, you need stable funding to buy equipment, food, go to the starts. Then, the family: I have three children, so you need to devote some time to family responsibilities. You need to stay healthy, because with such loads, malnutrition, scheduling there’ll be more harm, immunity may suffer, you can get sick. Well, as for sports injuries, it is difficult to recover from such a banal fault as the fall from the bicycle and running injuries, which are the most offensive.

I like swimming, and this is my strongest discipline, although I learned to swim only in 2012. Usually I swim one of the first, if it's local starts, if it's international starts, then in the first group. The accent of this year for me and my coach is the strengthening of the racing performance and the increase of power on the bike. 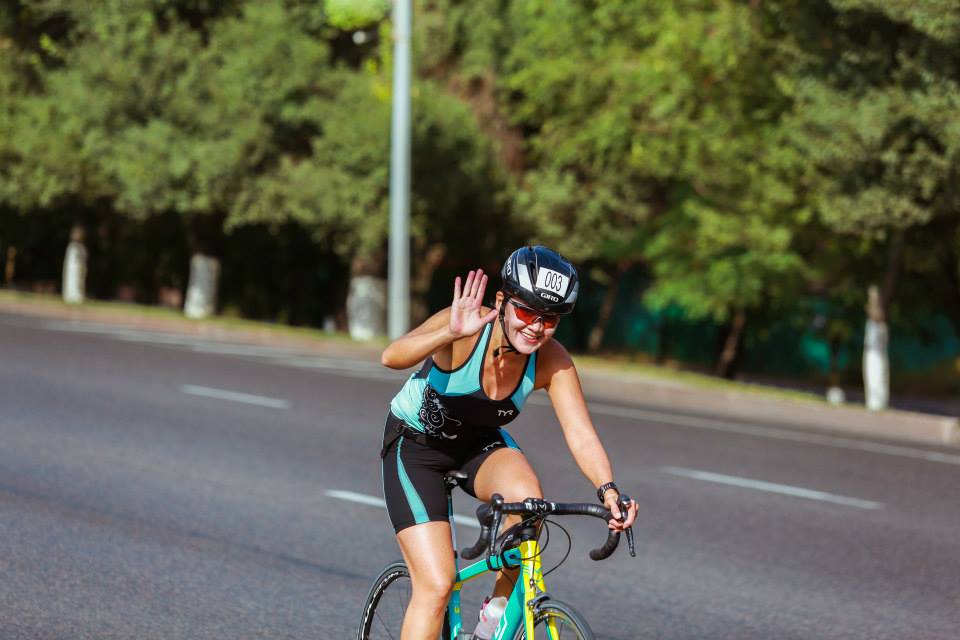 I got the first adult category in Kazakhstan last year at the international competitions in Kokshetau, which was conducted by our Federation of Triathlon. This year I became the champion of the Republic at the Olympic distance, at the start, which was held by the Federation in Astana in June. As part of Ironman, I have a bronze group called All World Athletes - these are world athletes who are in the top ten percent of the world.

A few drop a triathlon. This is the hobby that swallowed me up in 2012 and still doesn’t let me go. I know that every year I become stronger, faster, I want to develop further.

It is necessary to understand that Ironman is a goal that cannot be quickly achieved. You need to go gradually, consistently, from day to day, training your physical and moral indicators. It is important to understand that it will take some time, will demand money. An official start of Ironman 70.3, which is a half of the "iron" distance will be held the next year in Astana. This is a unique opportunity for Kazakhstanis: if you start training now, then you will have almost a year to get ready for this start next July. This is the first start in Kazakhstan and even in the CIS.

A big tip before starting a workout is to undergo a medical examination to exclude diseases or complications from the cardiovascular system or musculoskeletal system.

Read this article
7 best places for jogging in Astana

2275
KAZAKHSTANIS ARE PREPARING FOR IRONMAN 70.3 ASTANA

1537
Football players from Brazil, Russia and Kazakhstan on how to become a professional a...