11 natural places worth to visit in Bashkiria

11 natural places worth to visit in Bashkiria 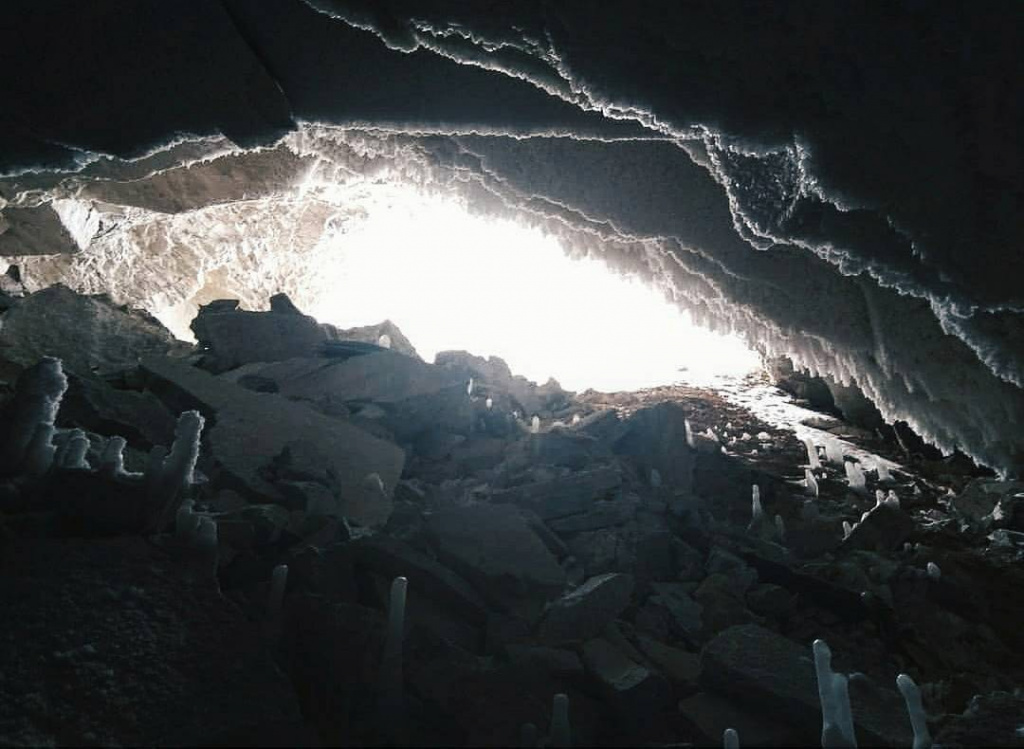 A popular tourist destination, one of the closest caves to the city. The entrance leads to a wide tunnel. The cave is 146 meters long and 18 meters deep.

You need to be careful visiting the cave, don't scream or touch the vaults. The average temperature in the cave is about +6 degrees. The best time to visit is winter and summer. In the spring, the cave may not be safe. The place is located on a mountain that offers a picturesque view.

Where: cave located 60 kilometers from the city near the village of Okhlebinino in the Iglinsky district of the Republic of Bashkortostan. 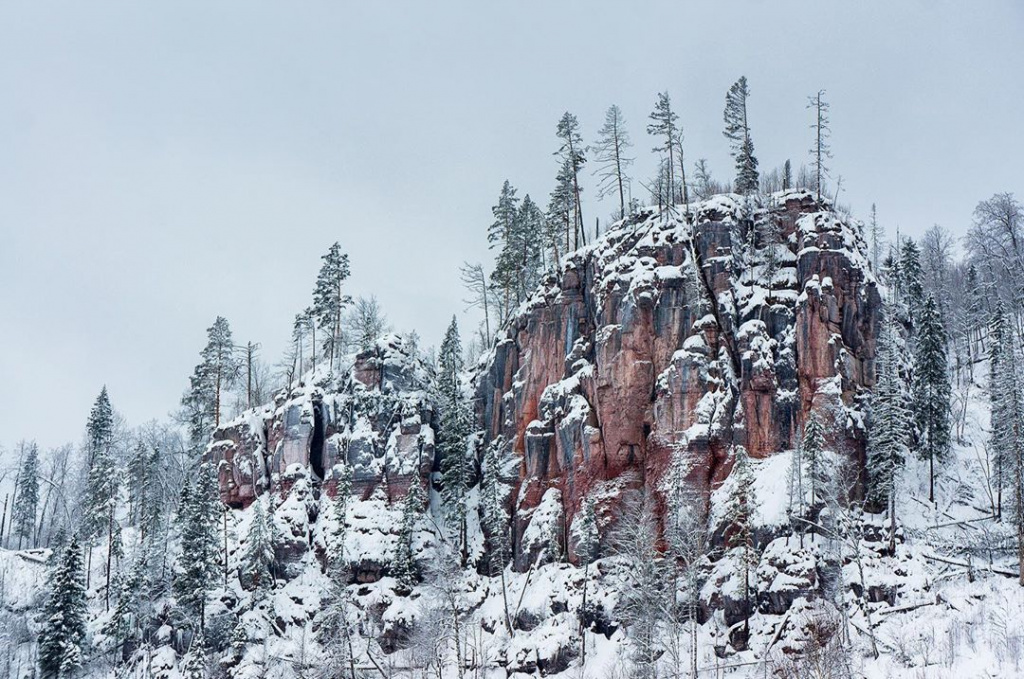 High reddish-pink rocks located along the Inzer river. The path to the top is about 300 meters, any tourist can overcome it. There is a tradition to make a wish after you climbed the mountain. The highest point offers a stunning view of the Ural mountains.

There is one of the most famous health resorts in Bashkiria — Assy.

Where: you can get there in two hours by car along the Beloretsk highway from Ufa to Assy health resort. There you can park your car and walk a couple of kilometers along the railway. 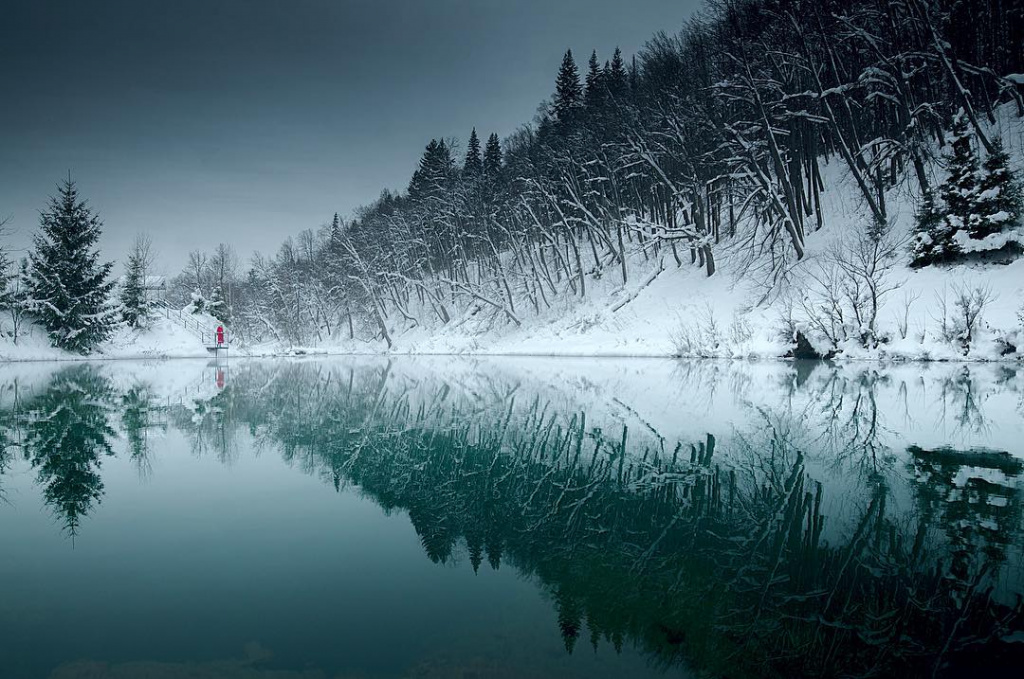 The lake located on the famous karst Ufa plateau. The depth reaches 38 meters.

The water here is clear and cold, the temperature is +5 degrees at any time of the year. Despite this, experienced divers like to dive into the water. The lake never freezes.

Sarva is home to a rare species of fish — European grayling, listed in the Red Book of Russia.

Where: the lake located in Nurimanov district near the village of Sarva. The distance from Ufa is 110 kilometers. 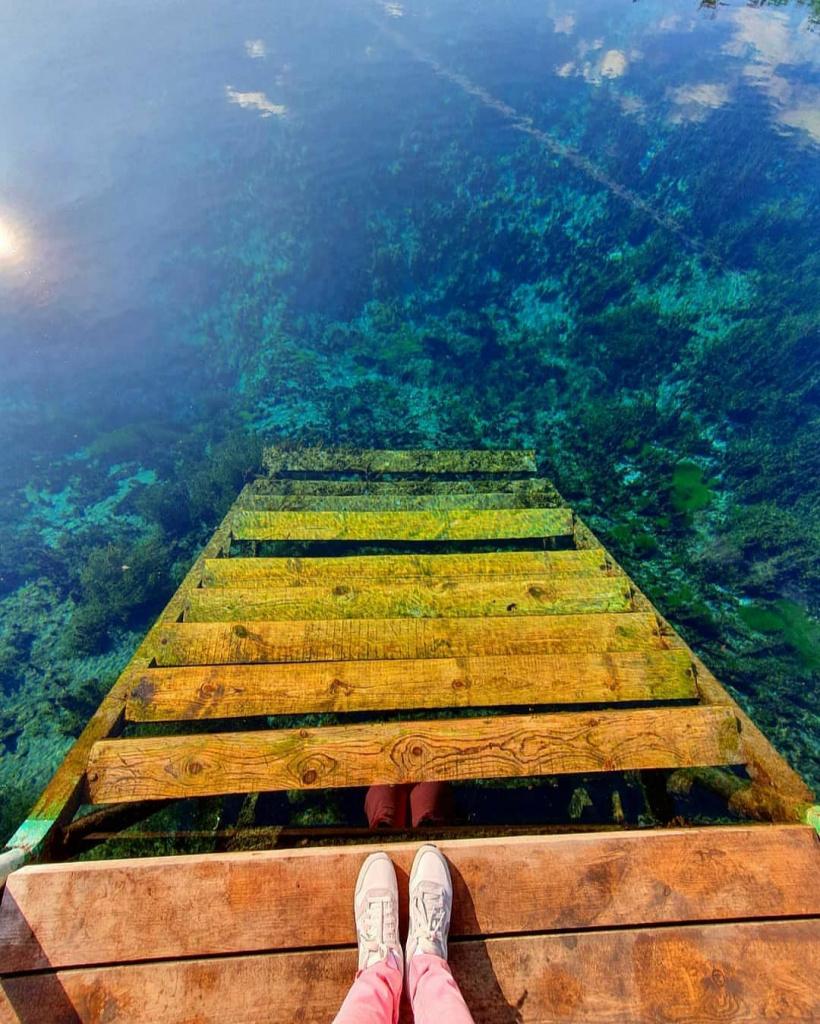 Zyangyar Kul, as it is called by the Bashkirs, in form like a saucer. Lake is called Blue because of blue clay on its bottom. Clay is known for its healing properties. People come here not only to relax but also to heal.

The water in the lake is always cold +5 degrees. Like many other springs, it does not freeze.

Limestone rocks rise near the lake, offering a picturesque view of the spring lake and the Uzen river. You can take beautiful pictures from the top.

Where: located about 40 kilometers from Ufa, near the village of Novomusino. 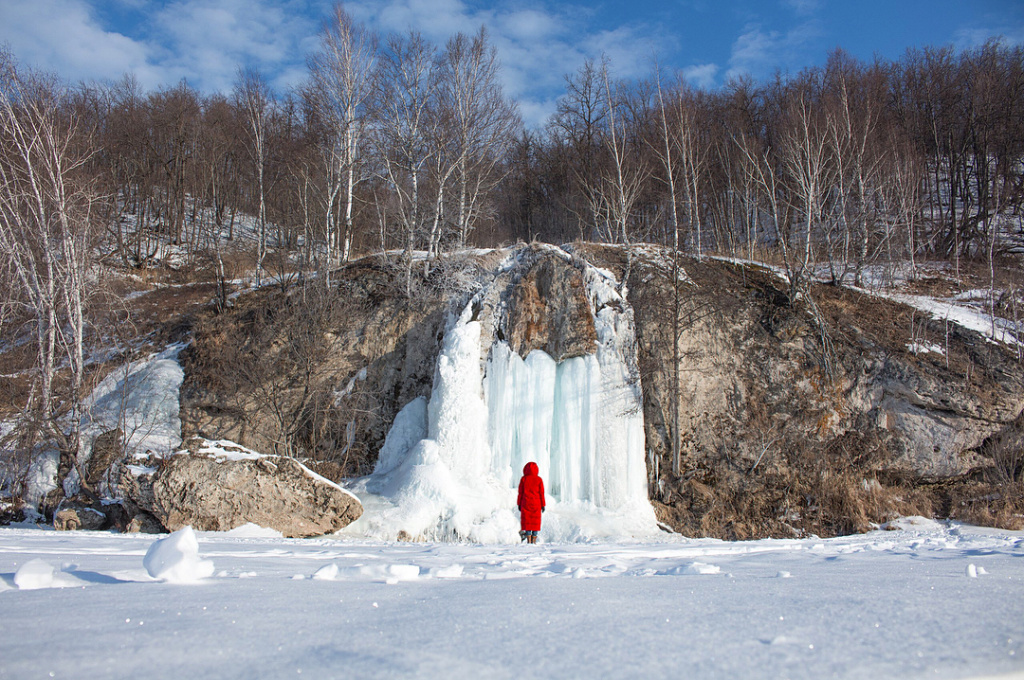 Waterfalls from a height of 6 meters from the cliff. In summer, the waterfall dries up. It is surrounded by mountains and forests.

There are a diverse animal and plant world. Often on the way of tourists, there are frogs, lizards, hares, sparrows, owls.

Where: located 90 kilometers from Ufa in the Arkhangelsk region. 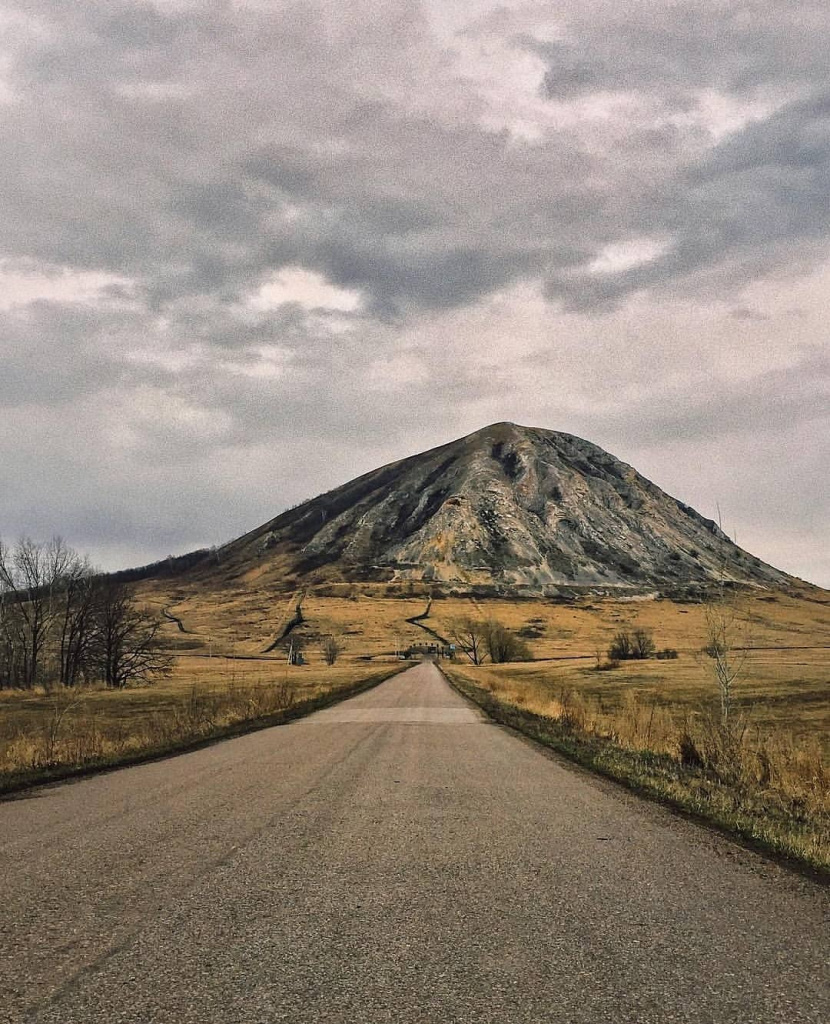 A favorite place for paragliders, it is the beautiful view of the Bashkir land. There are three single mountains in total. They are more than 230 million years old. For its grandeur, the local people nominated the mountains to participate in the project “Seven wonders of Russia”.

The highest mountain of Tratau. At the foot of this mountain was one of the GULAG zones for recidivist women.

The longest is Kushtau, the shape of which resembles a bird. At the foot of the mountain, there is a ski complex Kush-Tau.

And the third is a small-sized mountain of Yuraktau. Moksha lake located at the foot of shihan.

On the slopes, there are rare plants, corals, brachiopods, sponges, etc.

Where: the famous Bashkir shihans located near the city of Sterlitamak. Once you reach Sterlitamak, you can get to Shikhan on foot, by taxi or by hitchhiking. 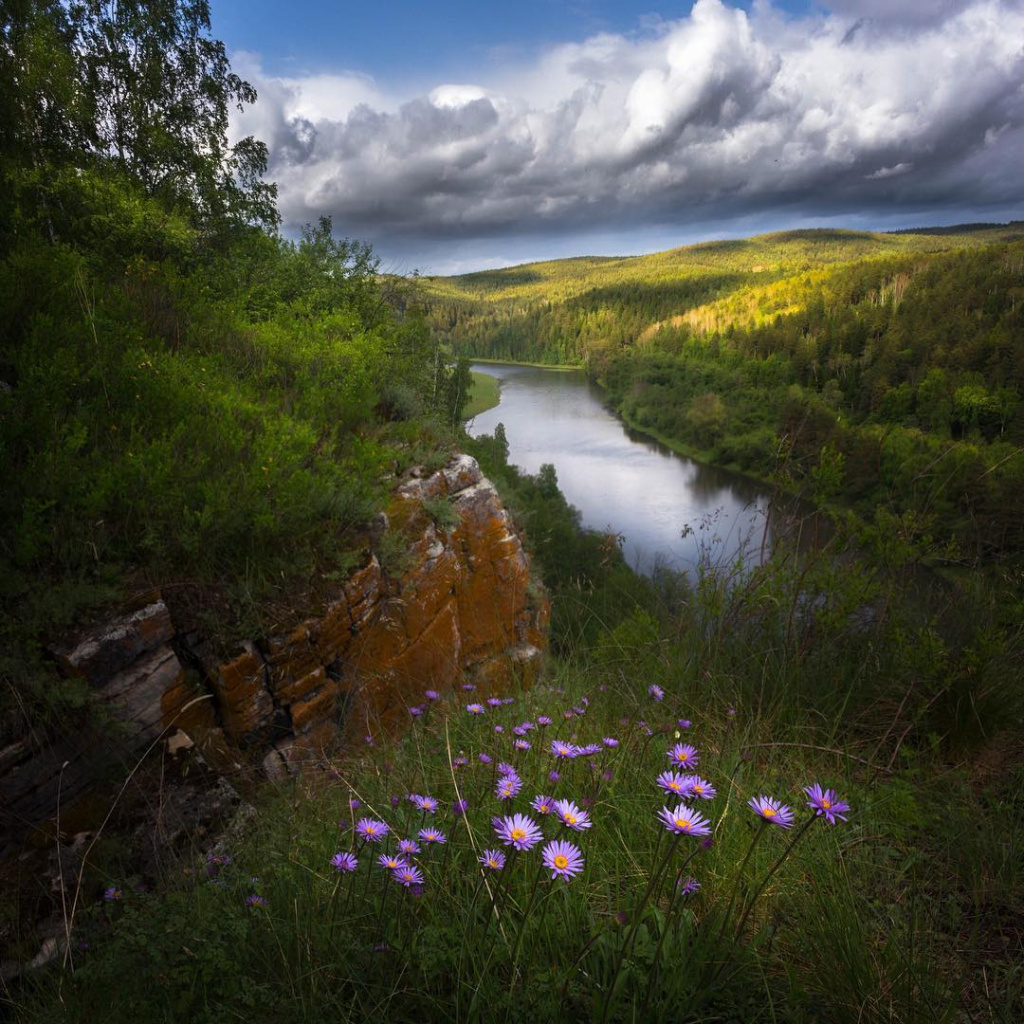 Limonovsky ridge is a rock 70 meters high. There is an observation deck at the top of the mountain. You can feel the freshness of the Yuryuzan river on the edge of the cliff.

The historical site is a natural monument. According to legend, Emelyan Pugachev's army hid a treasure in the area. People have been trying to find it for decades.

Under the rock at an altitude of 50 meters, there is a cave ridge. 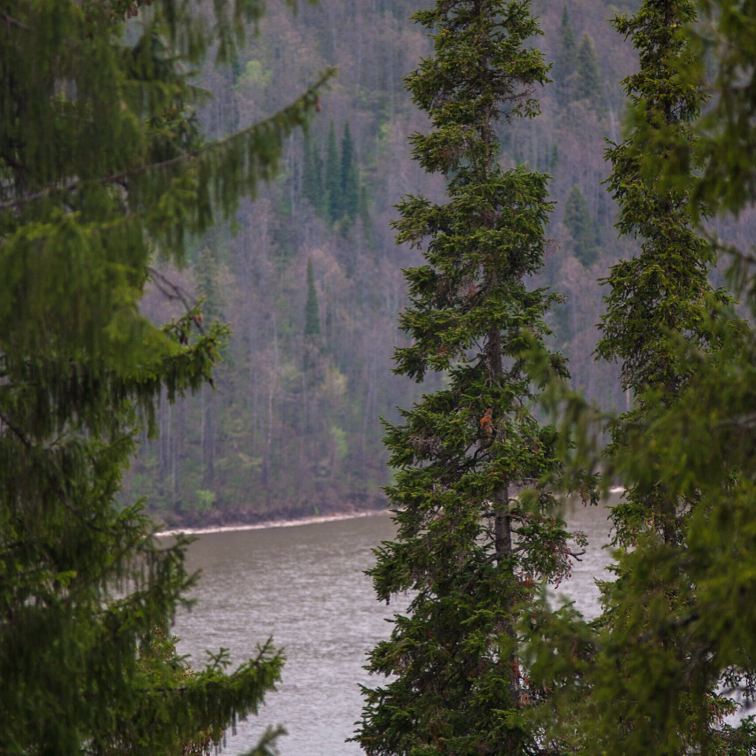 Pavlovskoe reservoir is the largest and most popular place for recreation and fishing.

The length of the reservoir is more than 150 kilometers. There are many cafes and campsites on the beach.

Where: Pavlovka located 120 kilometers from the city of Ufa in the Nurimanovsky and Karaidelsky districts of Bashkiria. 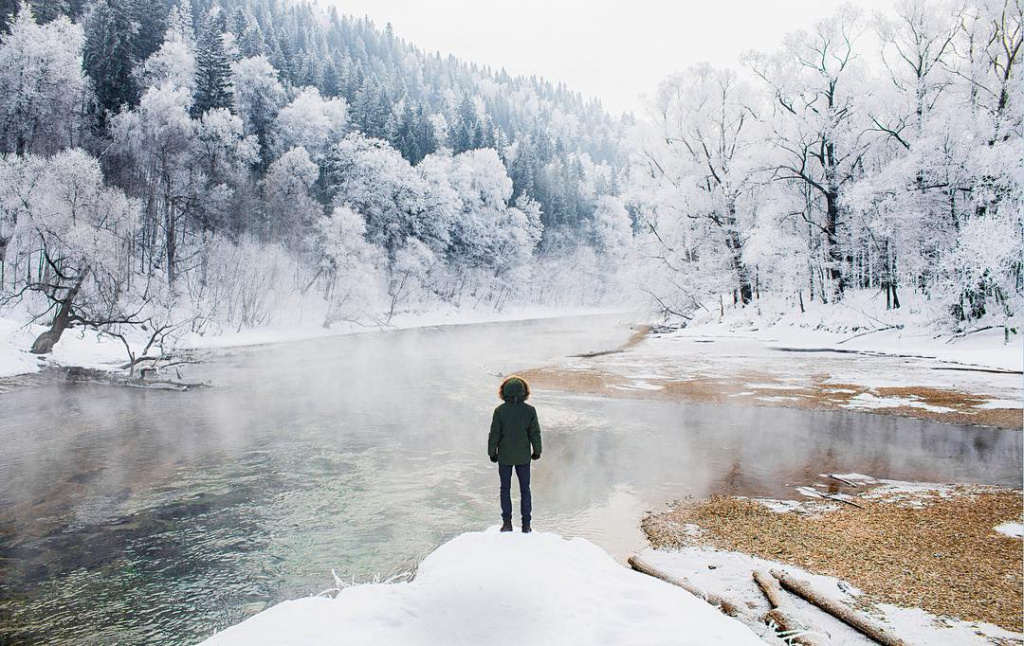 Krasny Klyuch is the second largest water source in Europe after the Fontaine de Vaucluse spring in France.

From a powerful source, 14.88 cubic meters of water per second escapes. Before the revolution in 1917, this key was called White, because the water contains a large amount of lime and many mineral trace elements.

Mineral water is produced from the well, which is sold under the brand "Red Key". the water here is cold regardless of the time of year — + 5 degrees.

In summer, the area is covered with green, which attracts, panorama. It offers a beautiful view of the Ufa river valley.

Where: the spring located on the outskirts of the village of Krasny Klyuch, 120 kilometers from Ufa. 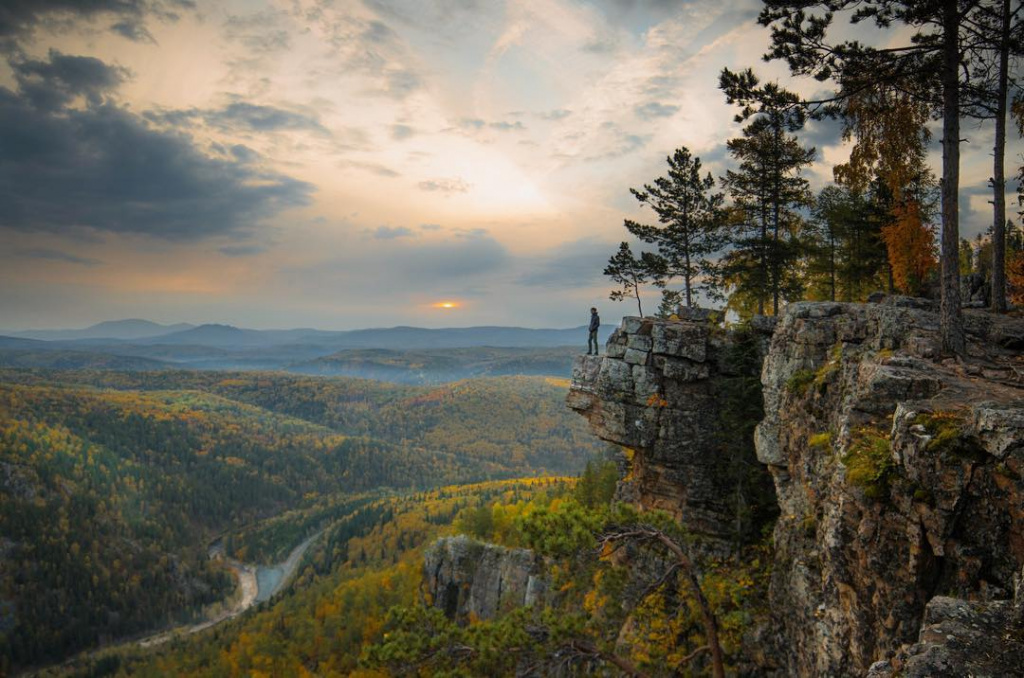 The cult place in the southern Urals combines a mountain river and grandiose rocks. Aygir translated from Bashkir — “breeding stallion”. The legend tells about a stallion that during the Civil War did not fall into the hands of the Cossacks, jumping from a high rock into the river.

In the middle of the Ural taiga of Aygir, you can find a Scottish house with nice windows. But the main decoration of the area is considered to be the grandiose rocks above the Maly Inzer river.

The place is so popular that a special train was allowed to go to the rocks in the Beloretsky district. Aygir rocks are called in different “Shurale Teeth”, “Aerie”. In the morning, the rocks are lost in the fog, giving an unforgettable impression of presence.

Where: from Ufa, three and a half hours drive to Inzer station. 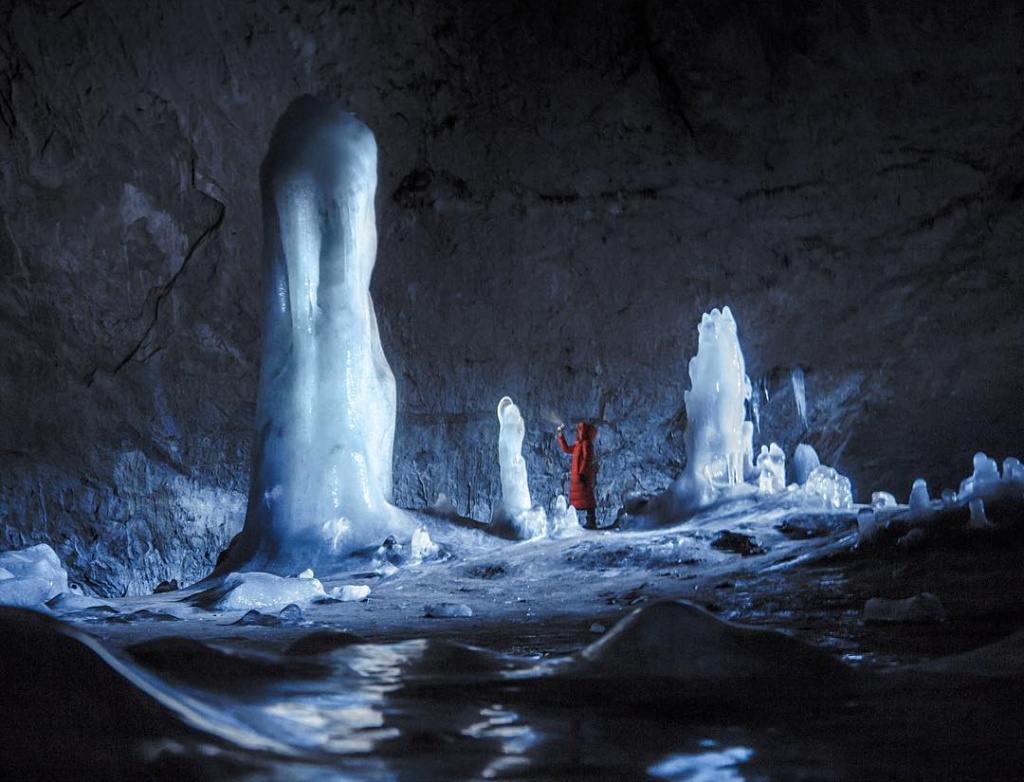 Askin or Askinskaja the cave is named for the stream Askin, which flows close to the cave.

The cave is best visited in winter. At this time ice formations — stalagmites are formed. Amazing ice wonders rise to 8-11 meters with a diameter of 5 meters.

Italian experts estimate the cave as the only one in Europe where relic ice from the ice age has been preserved. Scientists call it the “Mother of all Zilim caves”, and locals call it the “Kingdom of the Snow Queen”.

Where: the cave located in the Arkhangelsk region of Bashkiria, 130 kilometers from Ufa.

We are grateful to Anton Kvashnin — @antonkvashnin for help in creating the article.

Read this article
Hiding in the Mountain Range

1050
Modern Turkish artists whose work you should know

637
HOW TO GET A VISA TO KAZAKHSTAN