Why everyone loves Jalal-Abad: natural places, sights and local cuisine

Why everyone loves Jalal-Abad: natural places, sights and local cuisine

Jalal-Abad is the third largest city in Kyrgyzstan, and Jalal-Abad region is rich in beautiful natural places. We tell you what is worth seeing here.


This is a specially protected natural territory of the country on the Chatkal and Atoinak ranges, in the Aksy district of Jalal-Abad region. In 1979, the reserve was included in the UNESCO International Network of Biosphere Reserves.

The Biosphere Reserve has become one of the most popular places in Kyrgyzstan for hiking among locals and tourists. 
This is a city next to which there is a reservoir formed by the Toktogul hydroelectric dam on the Naryn River. Here you can swim and fish.

The complex has become a Muslim shrine, a place of worship for many pilgrims.


Juniper, spruce, wild blackberry and barberry grow on the slopes of the mountains surrounding the Chychkan Gorge. There flows a stormy river, which is also called Chychkan and flows into the Toktogul reservoir. There is also a hunting reserve in the gorge, where capricorn, roe deer, wild boar, argali and other wild animals are protected.


The canyon is notable for its stunning view of the blue and full-flowing Naryn.


Trout is praised in Toktogul — tasty, inexpensive and fast.


Traditional soup with mash and rice. 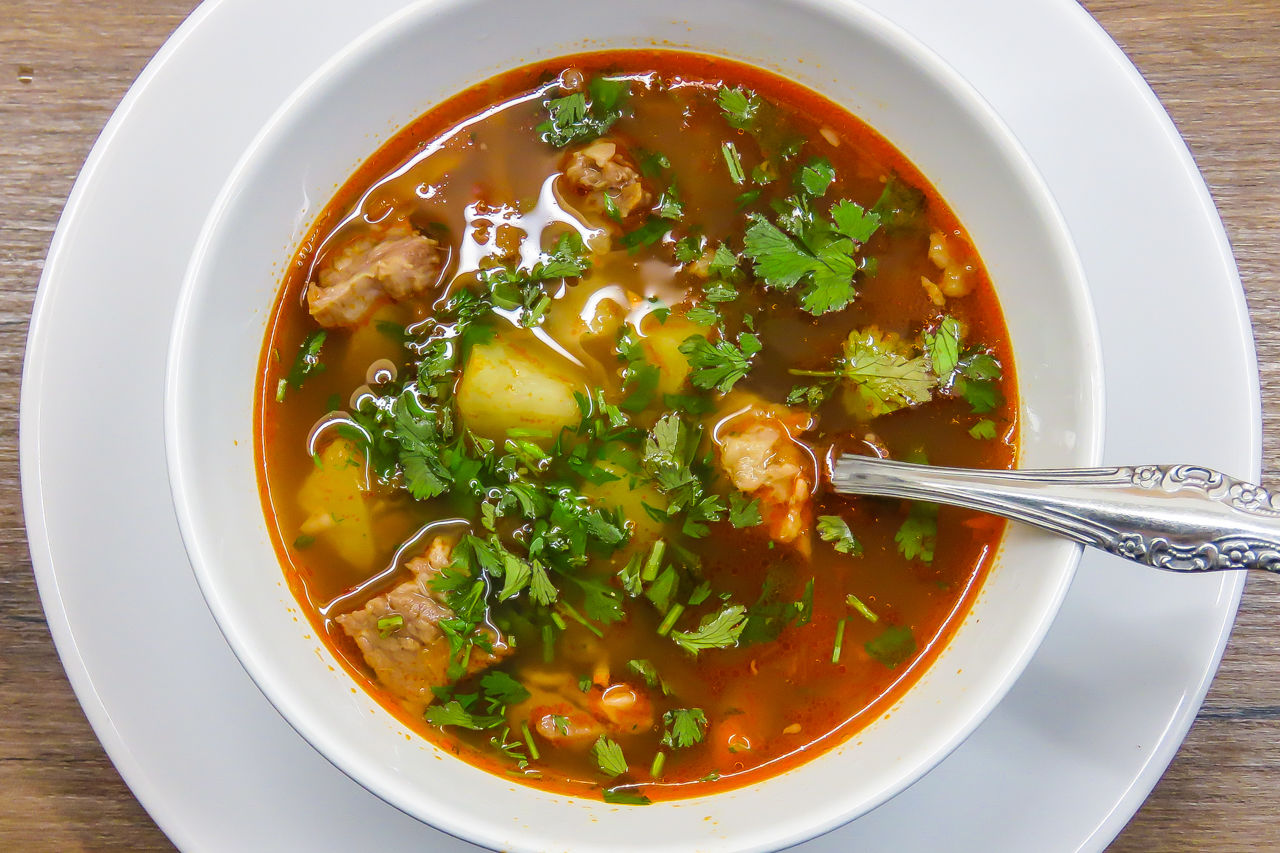 
Pilaf is a dish that is worth trying in every city and every country in Central Asia. After all, all recipes are different. Always satisfying and delicious.


You will find local manta rays in almost all establishments, one of the most popular dishes in the region.


Let the locals show you the unique cultural and gastronomic possibilities of Jalal-Abad. Here you can find both classic gastronomic tours and city tours, as well as visit interesting master classes.

1472
Traveling couple from Italy about Kyrgyzstan in their hearts