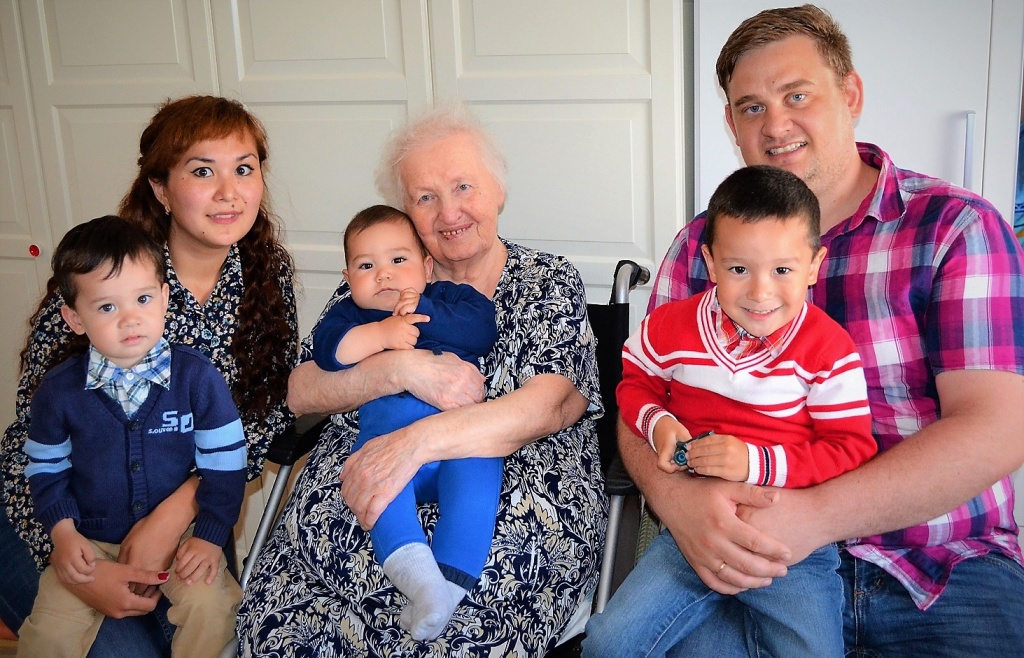 We thought about moving to Germany after the birth of children. My husband is an ethnic German and could claim the status of a late immigrant. In addition, most of his family lives in Germany. We were here in the summer of 2016 after studying the basic level of German and preparing all the documents. We live now in the small town of Groß-Umstadt, which belongs to Hesse land.

In Hesse, children born before 30 June are required to go to the first grade. Children who turn six years after the 1st of July, can wait and keep their place in kindergarten. In one group of the kindergarten children from three to six years.

Grundschule is a primary school and lasts from first to fourth grade. The school year begins in mid-August. The school program is pretty easy. A child should only be able to write his name and count to 20 before school. 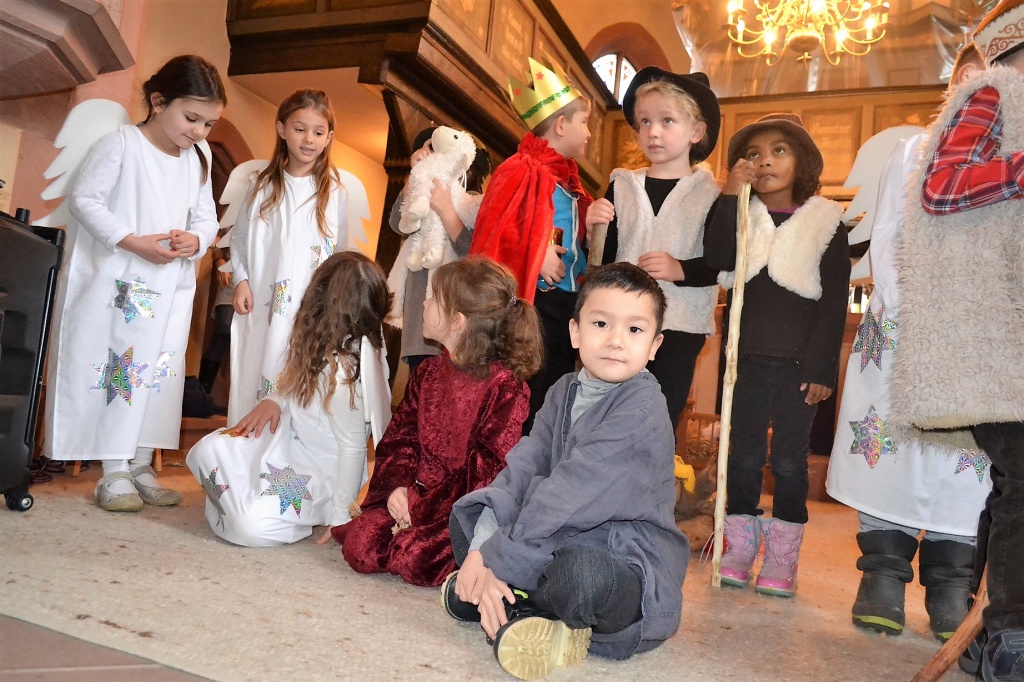 Children do not get grades in the first two years. Grades for verbal answers and written work from the third grade. Schools use the six-point grading system. One is our five with plus, and so on. In primary school, children learn to write, read, count, learn basic information about the world.

Further, depending on the progress, children receive a recommendation on which of the three types of schools to continue education: in the main school, in a real school or a gymnasium. Weaker students go to the Hauptschule main school with its task to prepare students for unskilled work. Those who have average scores go to Realschule school. After graduating from the 10th class, they can work or go to school and study in the 11th and 12th grades.

The gymnasium is the most prestigious educational institution

The gymnasium is the most prestigious educational institution. The student may enter the fifth grade only upon the recommendation of the teachers. Education program in the gymnasium lasts for nine years. After the 12th grade, the student receives a diploma which helps to enter the technical college. Education in the 13th grade and passing the state exam allows to receive the certificate and enter any university according to exam results.

In general, I like methods of teaching in German schools. In primary school, the emphasis on the oral activity of the child, on interest and participation. At the same time, everything goes smoothly without pressure, like a game. 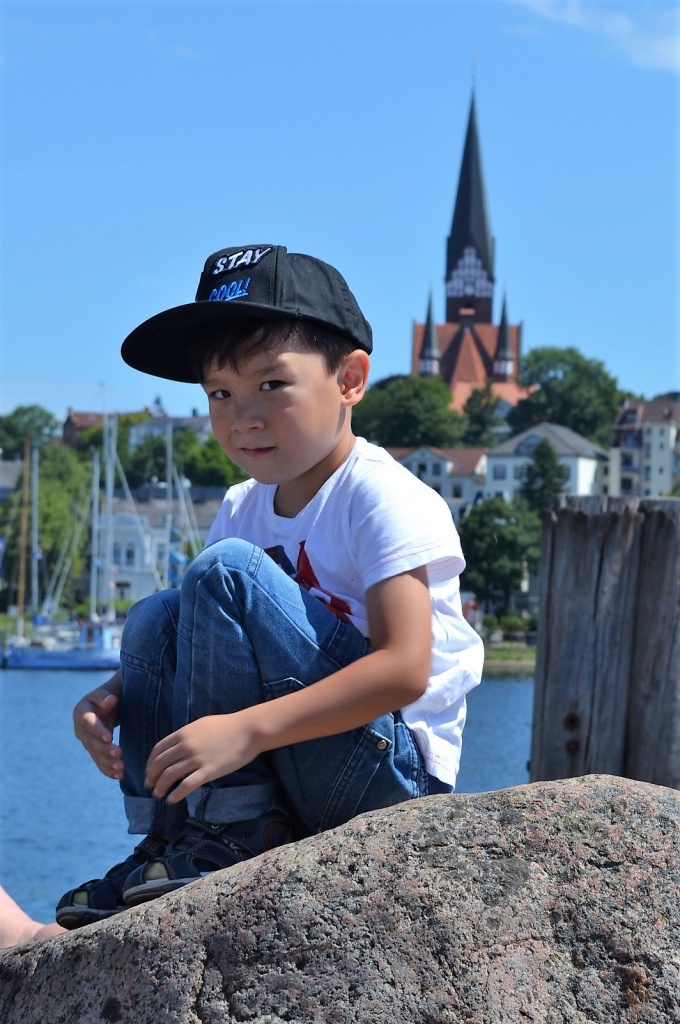 I am glad children in Germany are the same representatives of society as adults. They are respected, taught to express their opinions and respect the opinions of others. A child with disabilities can study in ordinary class if a health problem does not affect mental abilities. Children learn to navigate the system of values much earlier than we did in our time.

Kazakhstani children overloaded at school in comparison with German children. Schools have many requirements for students and forgetting to listen to their needs. Unfortunately, parents don't help either. We have a lot of expectations for children: to keep up with others, to be better, to be more successful. Many parents follow the words «Elden kem kalmay» and forget to accept children for whom they are. In Germany, three-year-old can walk with a nipple in their mouth or wear diapers at the age of four. And no one would think to reproach mother. 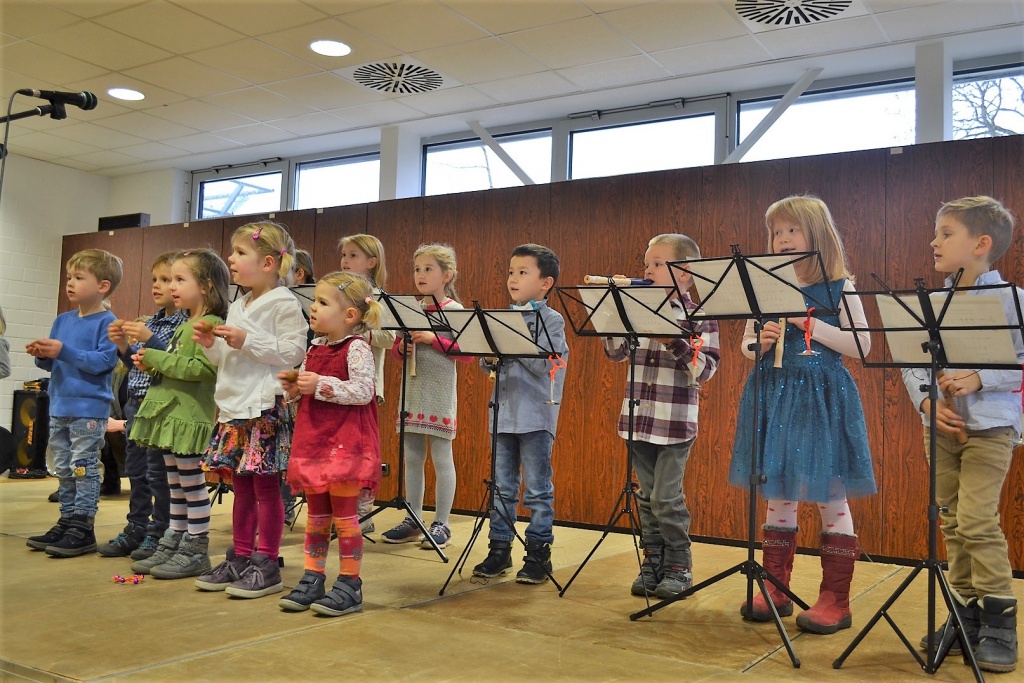 Foreign languages classes here more effective. Russian-speaking students in Kazakhstan have been teaching the Kazakh language for years, but not all of them speak Kazakh. The same situation with English. We study theory but without practising it. If the child has a goal to learn the language, then he or she goes to the courses and tutors. Germany involves students in the language environment. Schools use an exchange student program. Different trips can be arranged. German students are fluent in a foreign language they studied.

In my opinion, Kazakh students are much more polite and restrained. They know about respect for elders. Perhaps in Germany children have excessive freedom.

Also, the disadvantage for me is a ten-year-old child with parents has to choose between the main school, a real school and the gymnasium. And many things depend on this choice because in the future it will be a problem to change school to a better one. 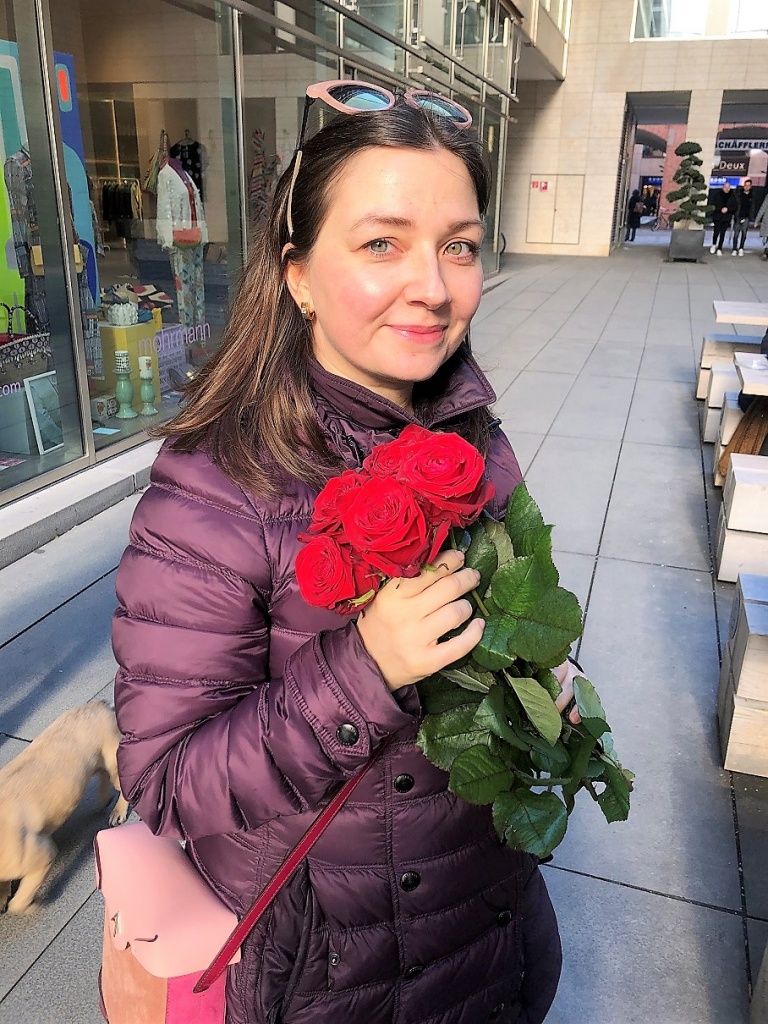 We moved to Germany from St.Petersburg in 2012. My husband and I realized at some point that we wanted to try a different scheme of life. Our twin daughters at that time were four years old. We realized that we would have time to adapt before school if we move. Now we live in Munich.

We gave our daughters in a private Brazilian-German kindergarten immediately after the move. The first time, daughters often were ill. Children in Germany do not go to kindergarten 100% healthy. The child can be with a runny nose, cough and a temperature up to 37.5. At first, for us it was shocking but over time we saw that in general, children here are less sick.

About six months later, we moved to another apartment and transferred our daughters to the state kindergarten. The girls turned five years and entered preschool age. If before children can stay at home with their mothers as much as they want, the law provides that between five and six years a child is obliged to attend the kindergarten. 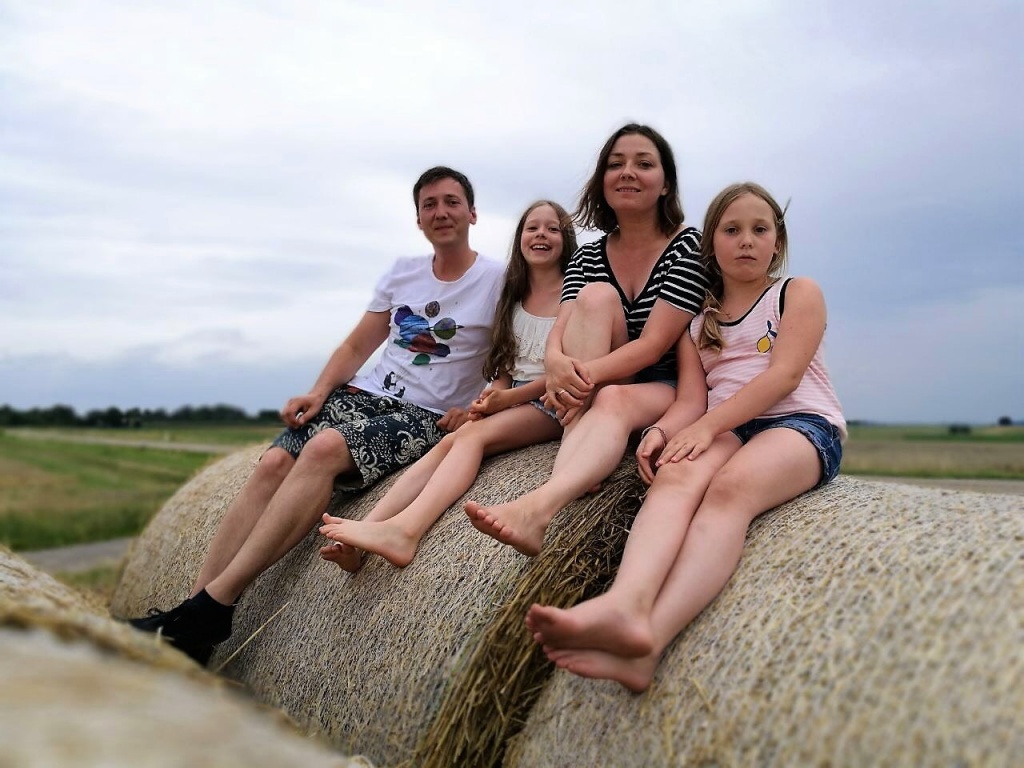 Germany has no fundamental difference between private and public kindergartens. A private garden can be mediocre, and a public garden can be magnificent.

After graduating from primary school, children go to either the main or the real school, or gymnasium. Children with bad grades enter the main school, and this school is a socially disadvantaged place where parents are afraid to send a child. A real school is a place for children with good grades. A gymnasium is the best option.

Children have a lot of curriculums, but mathematics, German language and outworld are important to enter the gymnasium.

Children have a lot of curriculums, but mathematics, German language and outworld are important to enter the gymnasium

Now our daughters in the fifth grade of the gymnasium. Here is everything different compared to primary school. In primary school, children are taken care of, teachers often communicate with their parents. But here children are immediately responsible. Information conveyed orally, lessons taught by different teachers, children need to run from class to class. Students in our school deeply study Latin from the first year. 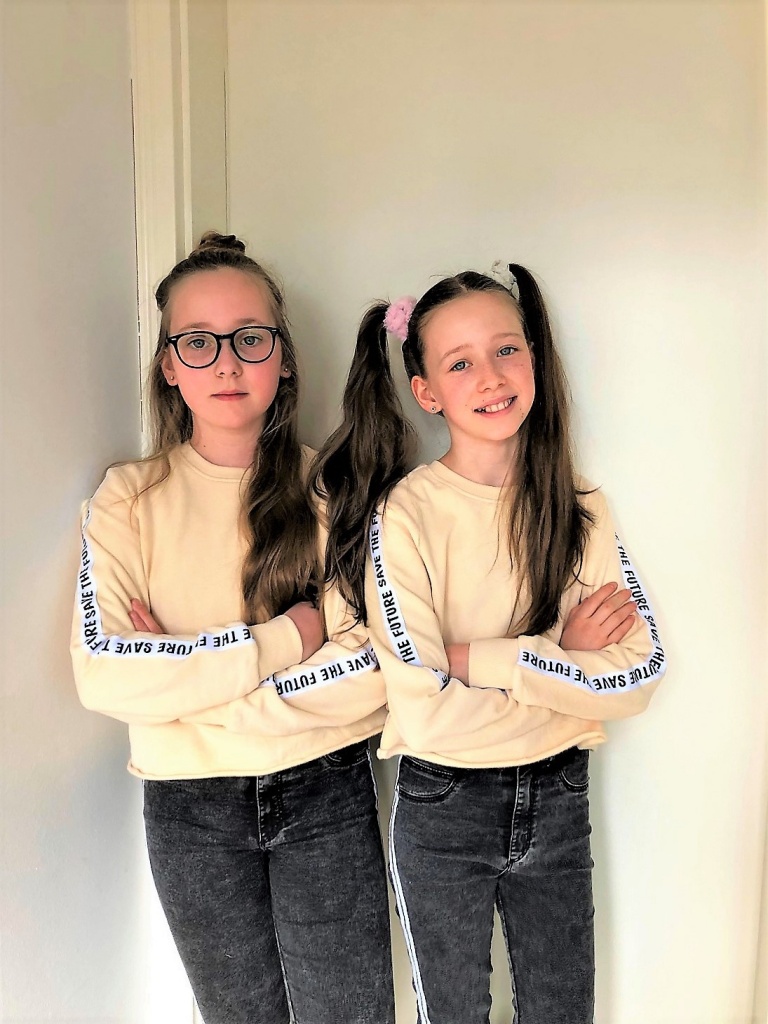 Children in the gymnasium studying from the fifth to the 13th grade. They will be 20 years old at the time of receiving the Abitur and will enter a new world with a profile orientation, an understanding of what they want. Further, depending on the score they will be able to enter any university.

Everything arranged differently in a real school. The child with parents must decide a question of receiving an Abitur, which means to study in the 12th and 13th grades. Abitur gives the right to enter university.

I'm happy with the German schools and see a lot of advantages over Russian. Although many dreams of strong Russian schools with a strict approach and discipline.

I'm pleased to watch the relationship between the teacher and the student. The teacher does not press with authority. If a child who studied steadily, suddenly poorly completed the task teacher will write "good job, well done."

Children are free enough. Schools don't have a uniform, and children are early taught to form their wardrobe. At the same time, the school has an absolute ban on mobile phones.

Our kids are in fifth grade, and they don't have computers or record book. There is only an internal website for students, parents and teachers of the school. But content only has general information. We communicate with the teacher through children in the paper form.

Every day we prepare breakfast for children. All parents starting from kindergarten do that. Sweets, lemonade and white bread were banned in primary school. Now we have no restrictions, but it is already a habit. 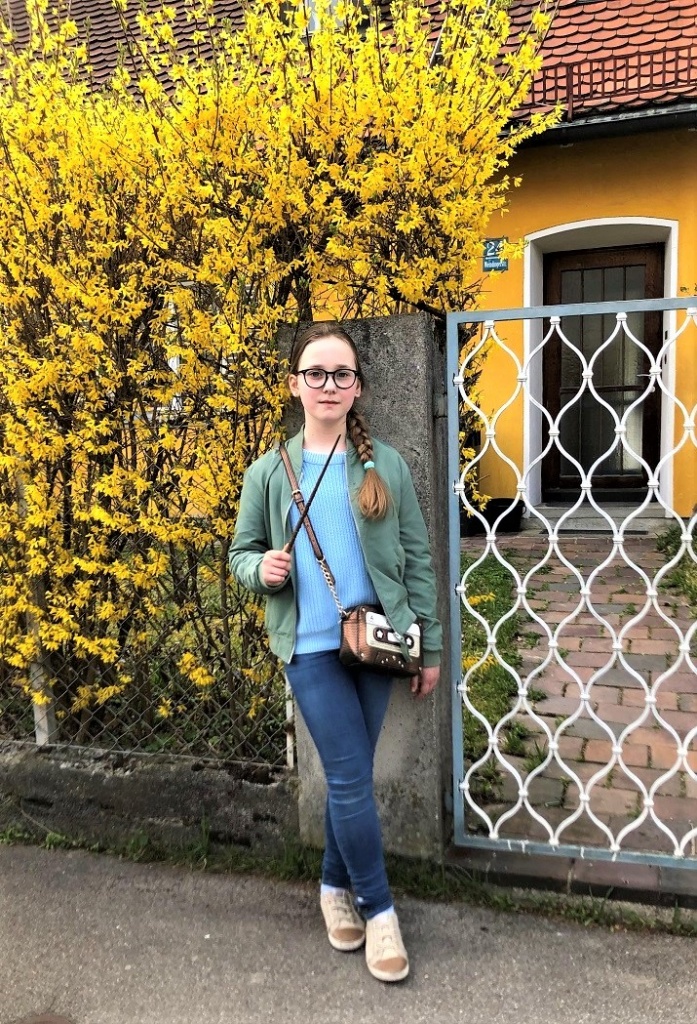 A teacher can say: "It is okay If you do not succeed, do not worry" before the control work. Our daughter once was dreaming, watching at the window and did not completed a number of exercises, because initially, she knew that "it is okay." Such approach demotivates.

At school, no one is worried if a child receives low grades. Potentially successful children sometimes can have low grades due to various reasons, but teachers will not encourage the parents to pay attention to it. You can come to the teacher yourself, but usually, they say it is a normal educational process. The school system in Germany implies that natural selection must be. A student with bad grades will go to a real school. They think it's okay because real school is easier and the student will build own life in the same way. 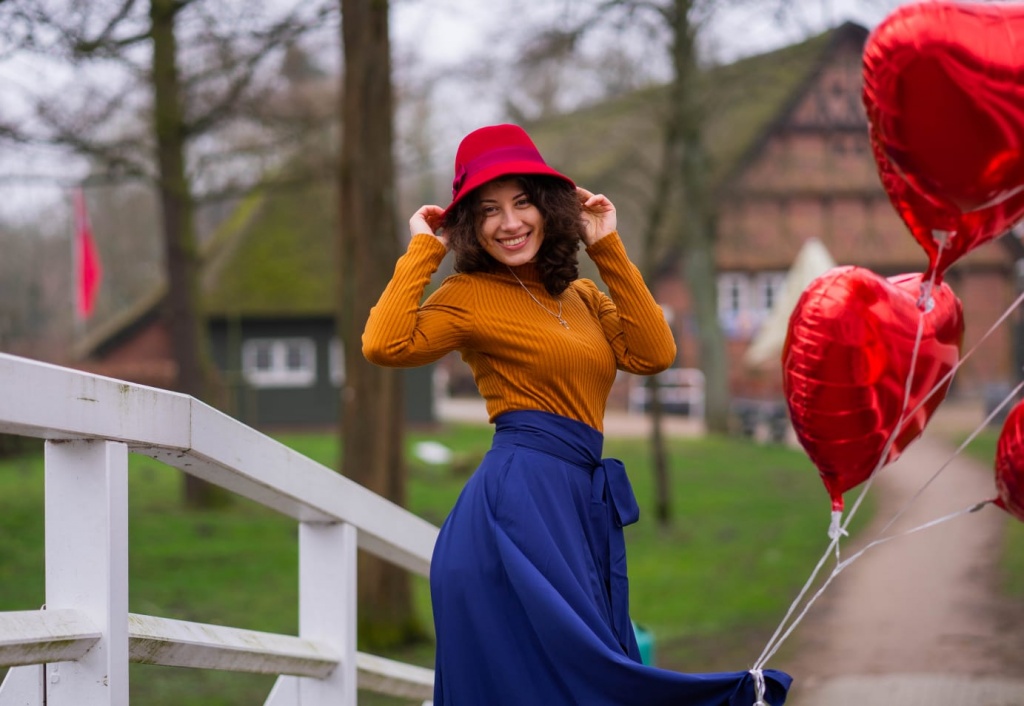 My husband and I with four children live in a village near Hamburg, which belongs to Lower Saxony. I moved here when I got married, and my husband was already living here.

Now our eldest child goes to the first grade of the state school in the class for children with underdevelopment. Our school located in a nearby town. Every morning taxi takes him to the school and returns the same way.

A child has an interview from the age of five. Teachers take notes, assess knowledge, logical thinking, the level of fine motor skills and physical condition of the child. A year before the school decided the question whether the child will go to school the next year or not. We were told that son is not yet ready for school by the results of the interview because of the restlessness and inattention. For him, It is better to go another year to kindergarten or preparatory class.

I like the teachers' approach. No pressure on children, no need to go to school with special knowledge. The child will be taught at school to everything — to read, write, count.

No pressure on children, no need to go to school with special knowledge

Teachers do not expect parents to do homework and help children. Everything designed to make the child absorb the information itself. Teachers will explain everything the child didn't understand, not parents. 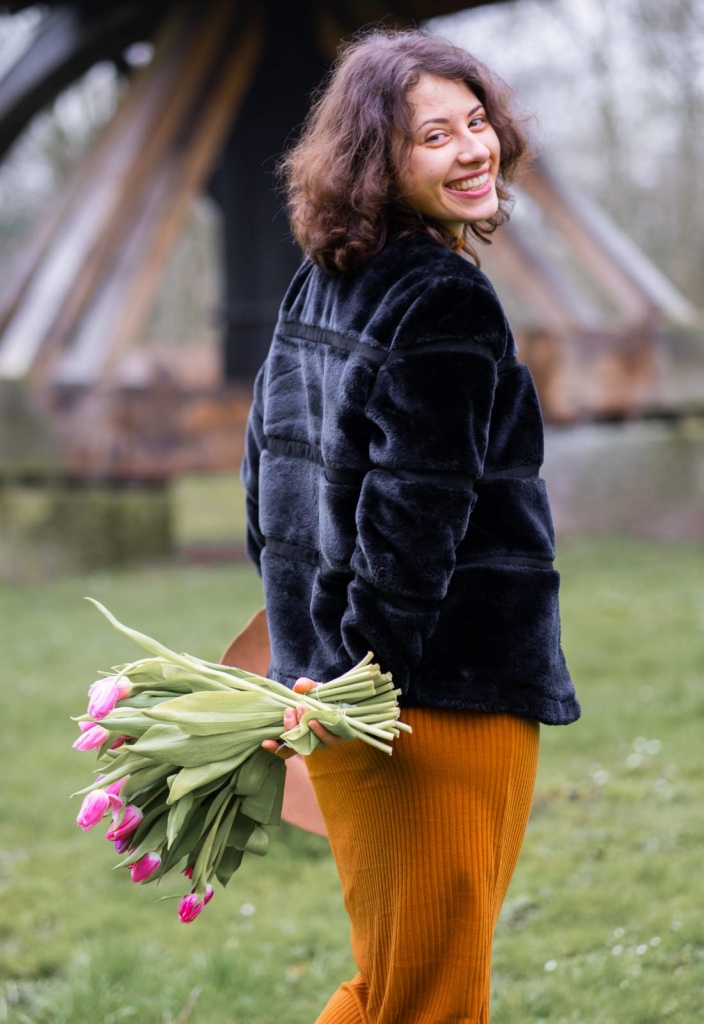 Children in our lass have a lot of freedom, they are more playing than learning. They have paused and can choose tasks to their liking. My child in addition to the provided program has the opportunity to choose the favourite activity.

I see the benefits that as a parent you do not have to control the learning process. I like children can live their own lives, of course, according to their age. A child can share what happened at school if want to. But there is no need to sit with a child for homework until night. I think it's stressful for a child. School is school, home is home. I like this separation.

In Russia, children are actively prepared for school, they go to the first class by being able to at least read and write. In Germany the children go untrained, the training starts from the first grade, and that gap bothers me. Sometimes it seems to me that German schools give less knowledge.

I don't have enough communication with teachers. I do not see them, the child goes to school by taxi, and except during an interview with teachers every six months, I have little contact with them. Now our communication takes place through a notebook.

556
Education in Spanish schools: advantages and disadvantages according to parents