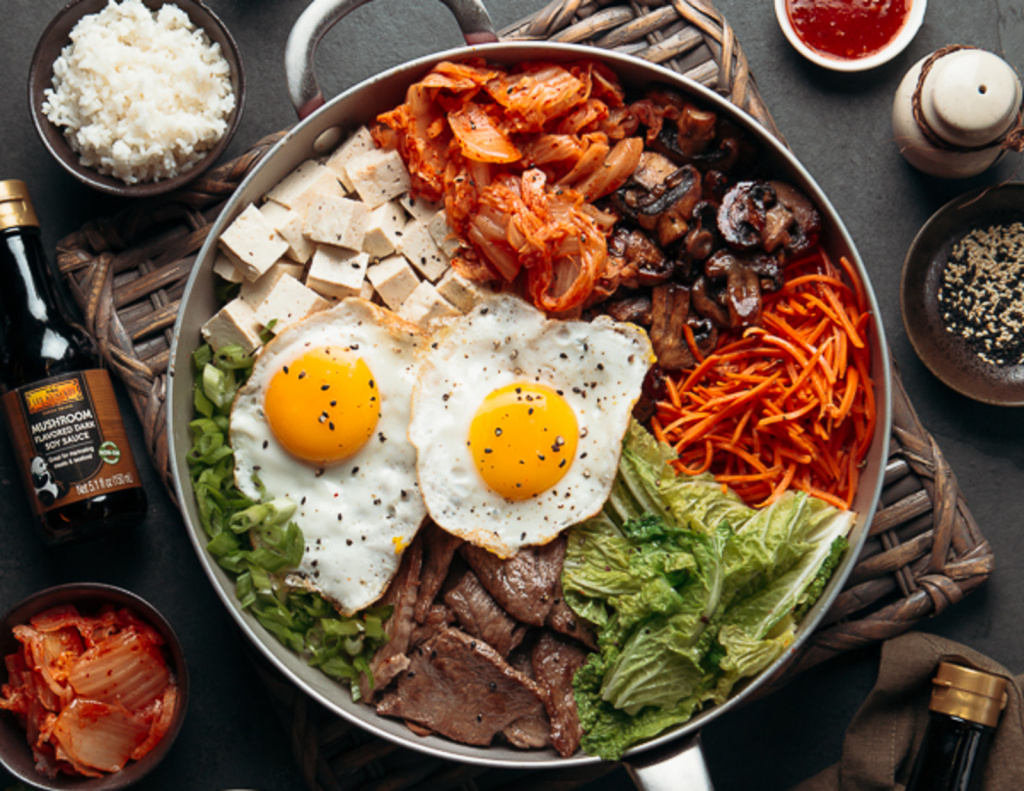 One of the most popular Japanese dishes. Thinly sliced pieces of meat steamed in a special iron pan-pan along with vegetables, tofu, and mushrooms. The dish is popular in all regions of the country – the difference is the type of meat used in a particular area, and the order of cooking. For example, in some areas, a whipped egg is mixed with sauce to create a milder taste. 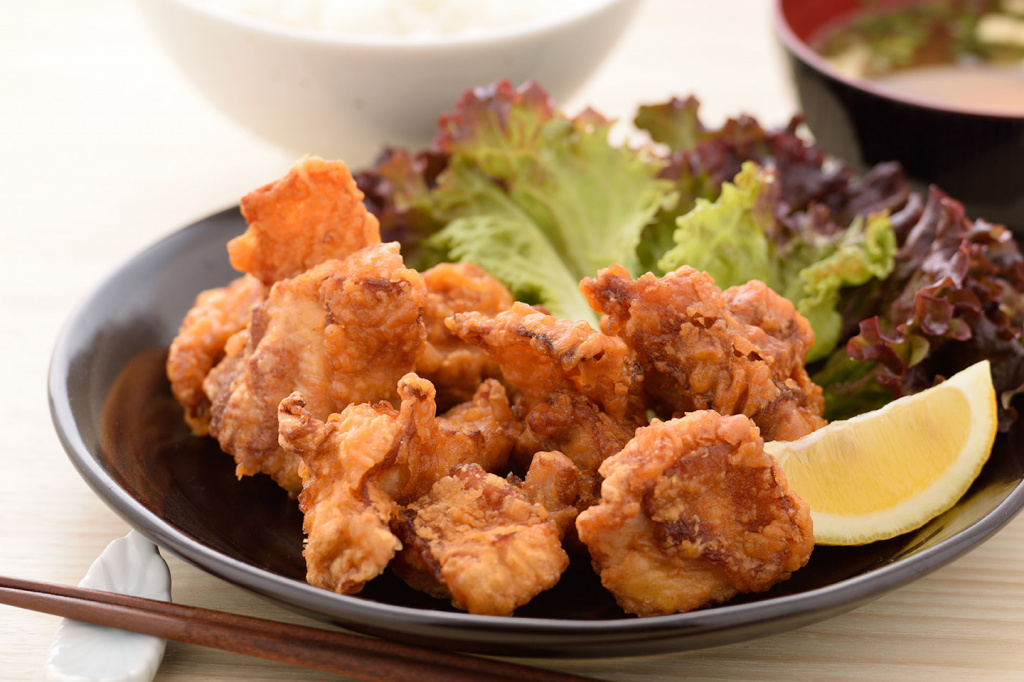 It is chicken seasoned with soy sauce, salt, and several other spices, sprinkled with starch and fried in oil. The technique of frying karaage is very simple: the pieces sent to flour and starch, then deep-fried. This way you can cook not only chicken but also fish and meat. 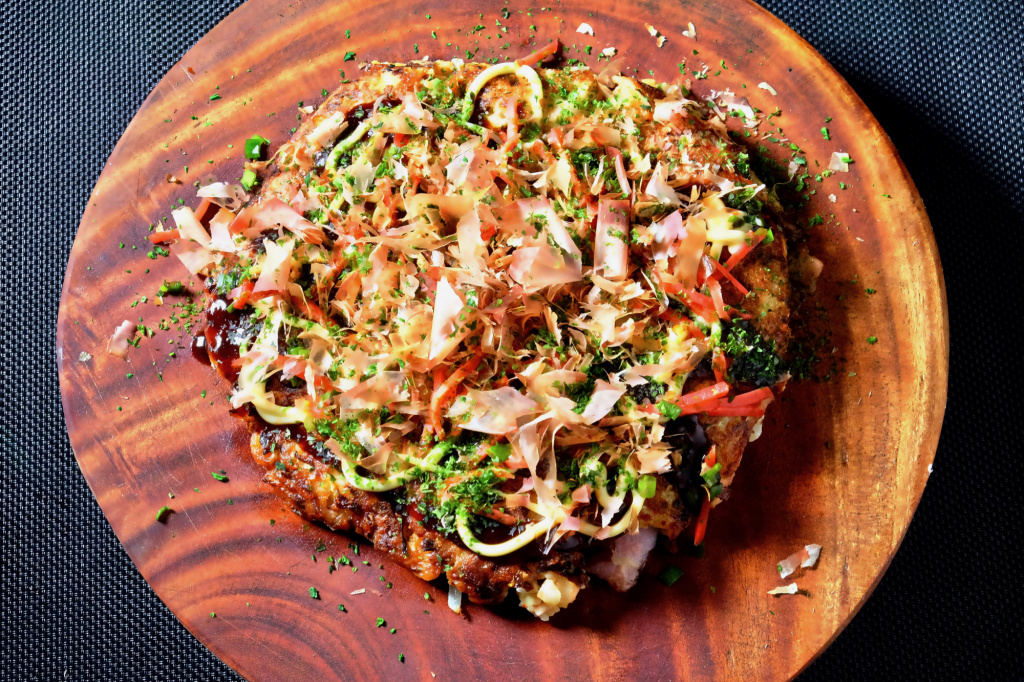 Dough for okonomiyaki is made from cabbage or pumpkin, flour, cheese, egg, and water. The ingredients mixed and poured in a thin layer into the pan to bake the pancake. After this, the pancake is soaked in thick soy sauce and sprinkled with sliced tuna flesh. The size and filling of the tortilla differ in each region of Japan. 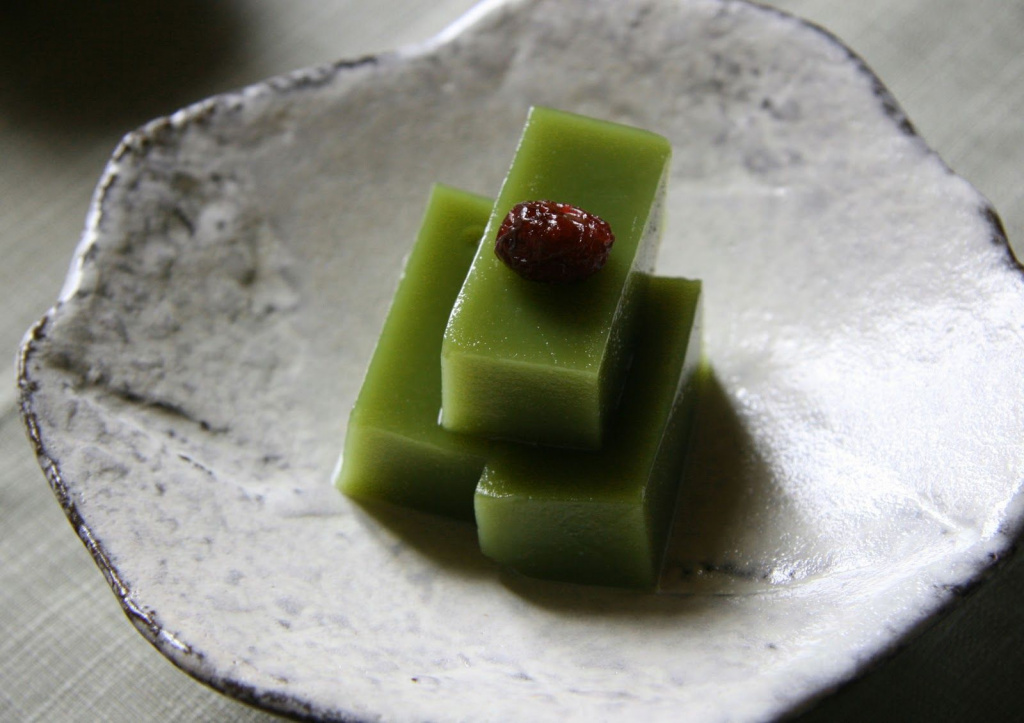 Traditional dessert made from red beans, sugar, and Japanese gelatin. The resulting mass is poured into wooden molds, in which it solidifies. Yōkan is served during the tea ceremony, as it turned out that its sweet taste is perfectly combined with a light bitterness of green tea. 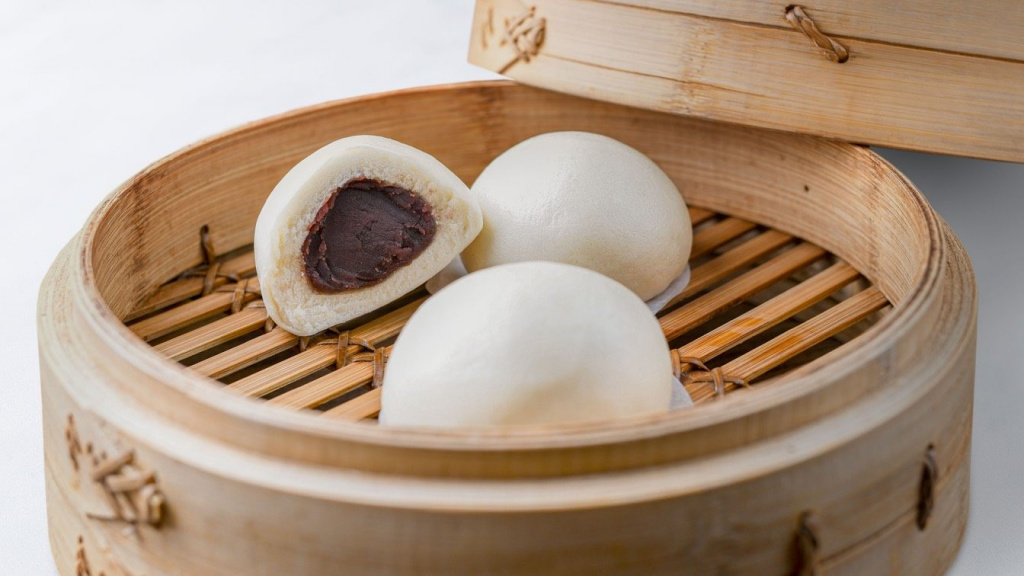 Manjū is a dessert with a sweet filling. In the 14th century, the technology of cooking steamed pies with meat filling was introduced to Japan from China. But soon in Buddhist monasteries in Japan, pies were filled with sweet bean paste, since the monks are forbidden to eat meat. Usually, such pies made from a mixture of flour, powdered sugar, and baking powder replacing yeast, and then stuffed with a paste and steamed. 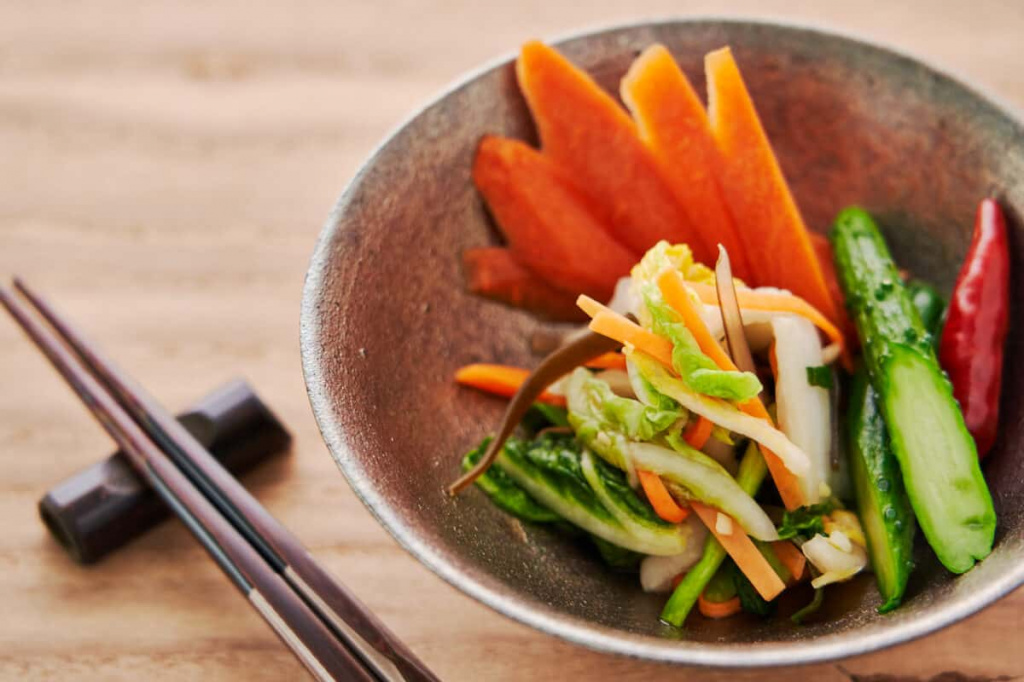 Tsukemono is a salad made from vegetables seasoned in salt, vinegar, or sake. Usually, tsukemono is served in traditional Japanese restaurants, and tsukemono from specialty stores is a real delicacy. Many different types of tsukemono are worth trying.
#food #japan #nationalcuisine

1364
What to bring from Vietnam: exotic fruits, macadamia nut and coconut milk powder