Three foreigners talk about the culture, people and nature of Kyrgyzstan

Three foreigners talk about the culture, people and nature of Kyrgyzstan 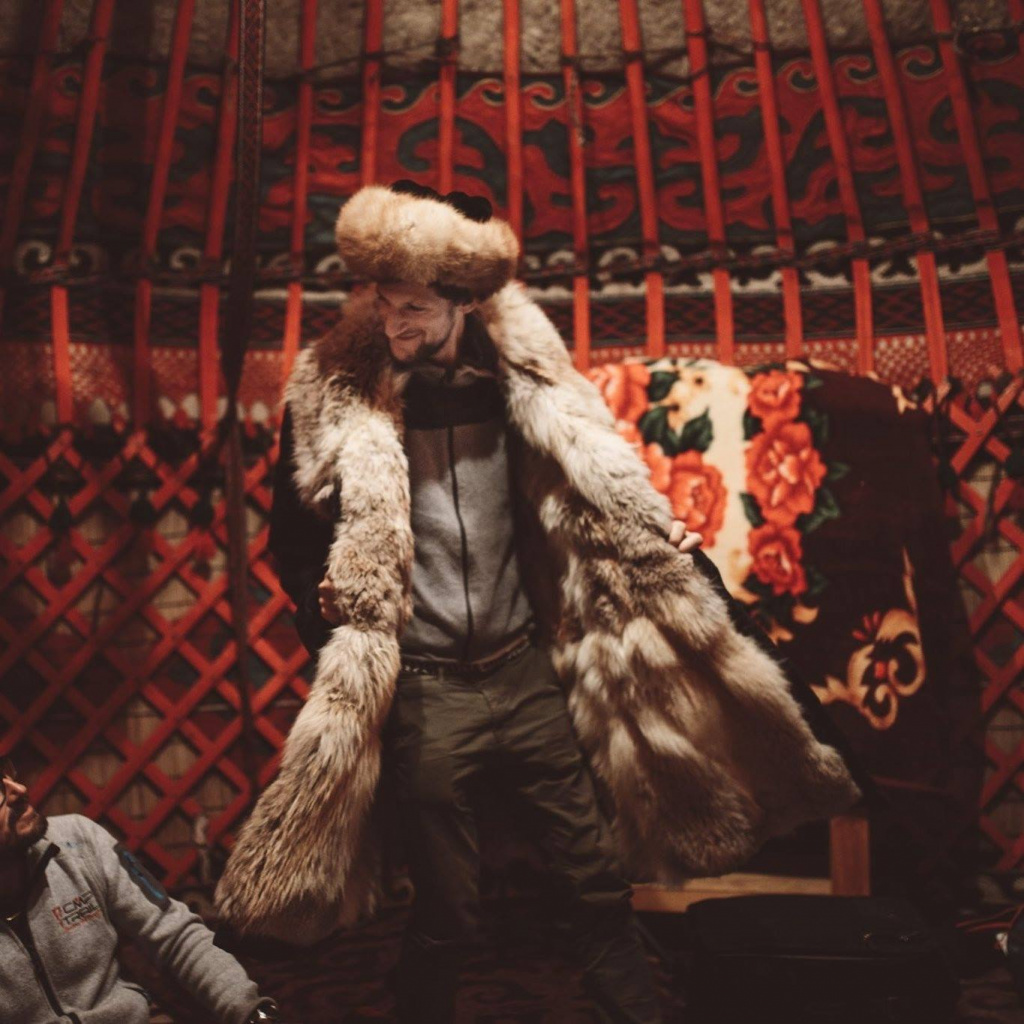 I am half English, half French, having grown up in both countries before moving around a fair bit, and eventually landing up in Kyrgyzstan. I guess my hometown is Paris, but Arashan is now home. I am the organizer of the Silk Road Mountain Race, 1800 km unsupported mountain bike race that takes place every August throughout Kyrgyzstan.

I have lived in Kyrgyzstan for the last two years but have been in and out of the country since 2013. I moved here because of the race I organize. I was living in Paris but did not really have any reason to be there anymore and enjoyed being in Kyrgyzstan. My girlfriend is from here, and that may have had a little something to do with staying.

My first impression on landing in Bishkek was hot, with big mountains in the background and friendly people. I guess that sums up Bishkek in July, where I spent a few days sorting myself out before heading out to explore the backcountry. The nature here is the first thing I fell in love with: vast open expanses, tough terrain, largely unspoiled by humans.

I think that like anyone who does not speak the language, communication was an issue. It was not so much a problem when exploring, but for organizing a major international event, I had to rely on others for help. Beyond that, I struggled to get reliable information on the places I wanted to go. I tend to gravitate towards the wilder places out here and in the end, I pretty much had to go and see what it was like myself. I still go on slightly silly scouting trips where I end up pushing, carrying or generally struggling through inappropriate places with my bike. Rivers are one of the big natural barriers here and there tends to be a distinct lack of bridges, so I now have a pack raft to float across the bigger ones. 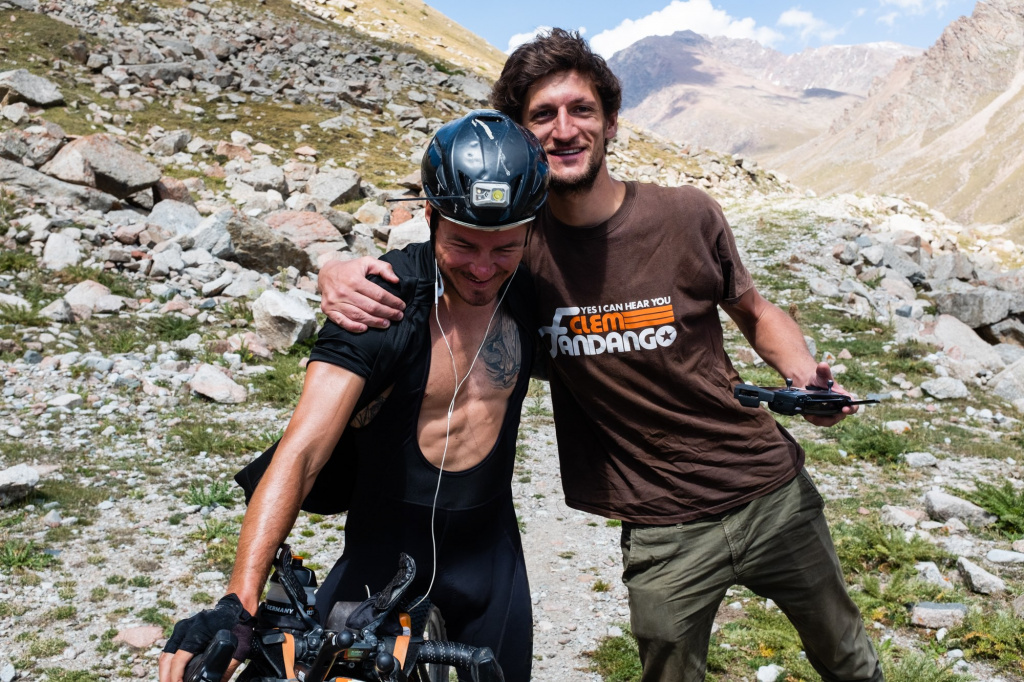 I think hospitality is probably the biggest difference I noticed when I first explored the mountains here. Centuries of nomadic culture and a harsh environment, where not helping travelers in need can end up having serious consequences, has led to many memorable experiences of being invited into peoples’ homes for a chay, food or even to stay the night in their yurt. Otherwise, outside of cities, things are generally pretty basic, but that is one of the big attractions for me.

I think that one similarity with France may be our general disinclination to follow rules. In France, we love making many rules but we are not so great at actually adhering to them. It is not so different here. People definitely have their own opinion on which rules really need to be followed. Anyone who has been in a car in Kyrgyzstan knows what I mean.

One of the things that stands out for me is the generally laid-back attitude when it comes to schedules and keeping appointments. Being late is expected, being very late or sometimes not turning up at all is not a surprise. At the same time, it means people are also pretty easy going if you end up late yourself, and when it comes to travel it is kind of part of the experience. It is one of the reasons why I love to travel by bike here. I do not rely on anyone else’s schedule. I just head off when I want. 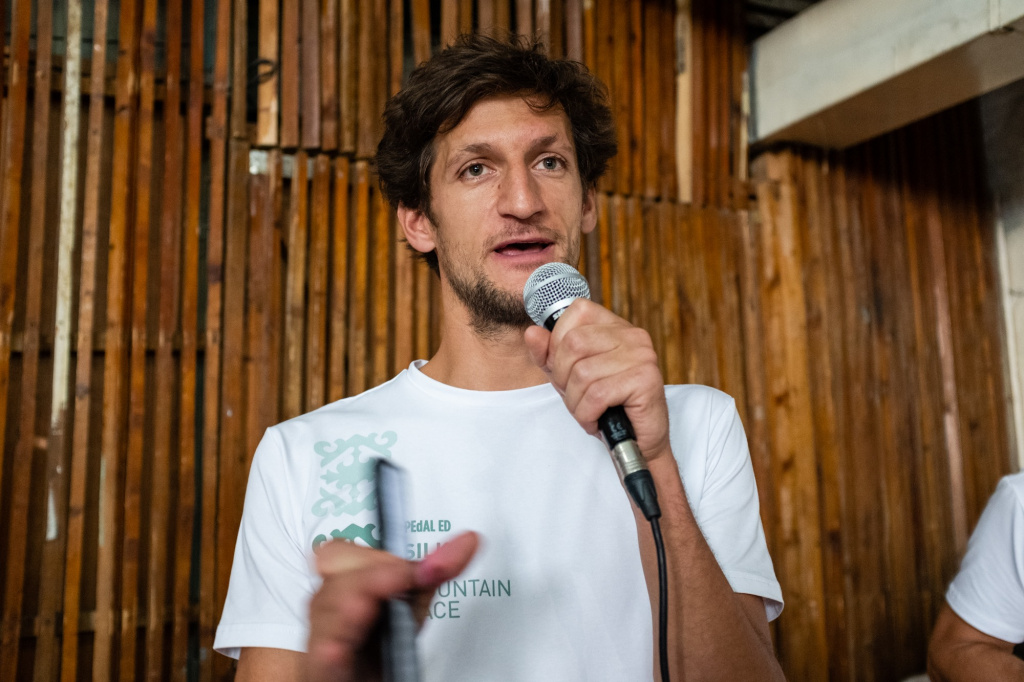 The wild nature. We have plenty of beautiful mountains and other stunning landscapes back home, but nothing so remote and exposed and sometimes savage as out here. It is something that continues to inspire me when I explore new places in Kyrgyzstan. Everything is on a different scale here, and you need to know how to look after yourself.

I have countless fond and sometimes ridiculous memories of Kyrgyzstan. One that comes to mind is when a couple friends and I hitched a lift back from Kara Say out in the border zone south of Issyk-Kul in a Lada Niva with some shepherds. There were six of us in the car, with a small trailer with a wood stove and our three bikes out back. The car would occasionally stall, but the driver had everything under control, jump starting it back to life. He once did this backwards into a river, impressive. At one point, we came across another Niva that was broken down. A third Niva stopped to help. Once we had filled up their radiator with some water from a 2L coke bottle they got back on their way. Before leaving, we all shared a bottle of vodka in about five minutes flat. We then continued on our way up the 4000m pass ahead and back to civilization down in Barskoon. 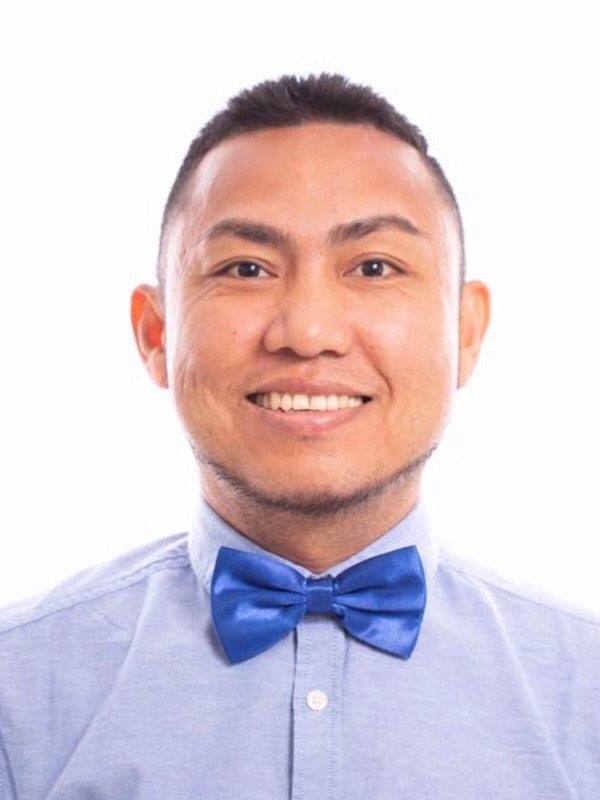 I am from a small town called Moises Padilla in Negros Occidental, Philippines. I have worked in the Corporate as Human Resource Practioner for 10 years and made a career shift to teaching. I have worked in international schools in Vientiane, Laos PDR and Rio de Janeiro, Brazil in the past three years. I am currently on my fourth year as Math teacher working for an international school here in Bishkek, Kyrgyzstan. Math teaching is my passion that is why I shifted from a corporate job to teaching.

In the past 8 years, I have lived in Singapore, Malaysia, Finland, Laos PDR and Brazil. In September, I moved here to Bishkek because I was offered a job for an international school for two years. After a week of living here, I think I will stay longer in this beautiful country.

After travelling to almost 20 countries in the past ten years, I can say that of all those countries, Kyrgyzstan is very close to home. It find it homey. Though I came from South East Asia, Central Asia feels like home because of variety of cuisines, people and weather except for winter of course. When I was in transit from South America where I have lived before moving here, I felt very excited getting here and I was not disappointed.

For someone not keen in learning other languages, I find the Kyrgyz language very challenging. However, even I do not speak the language; I know I will survive here because the younger generation of the country can speak English. 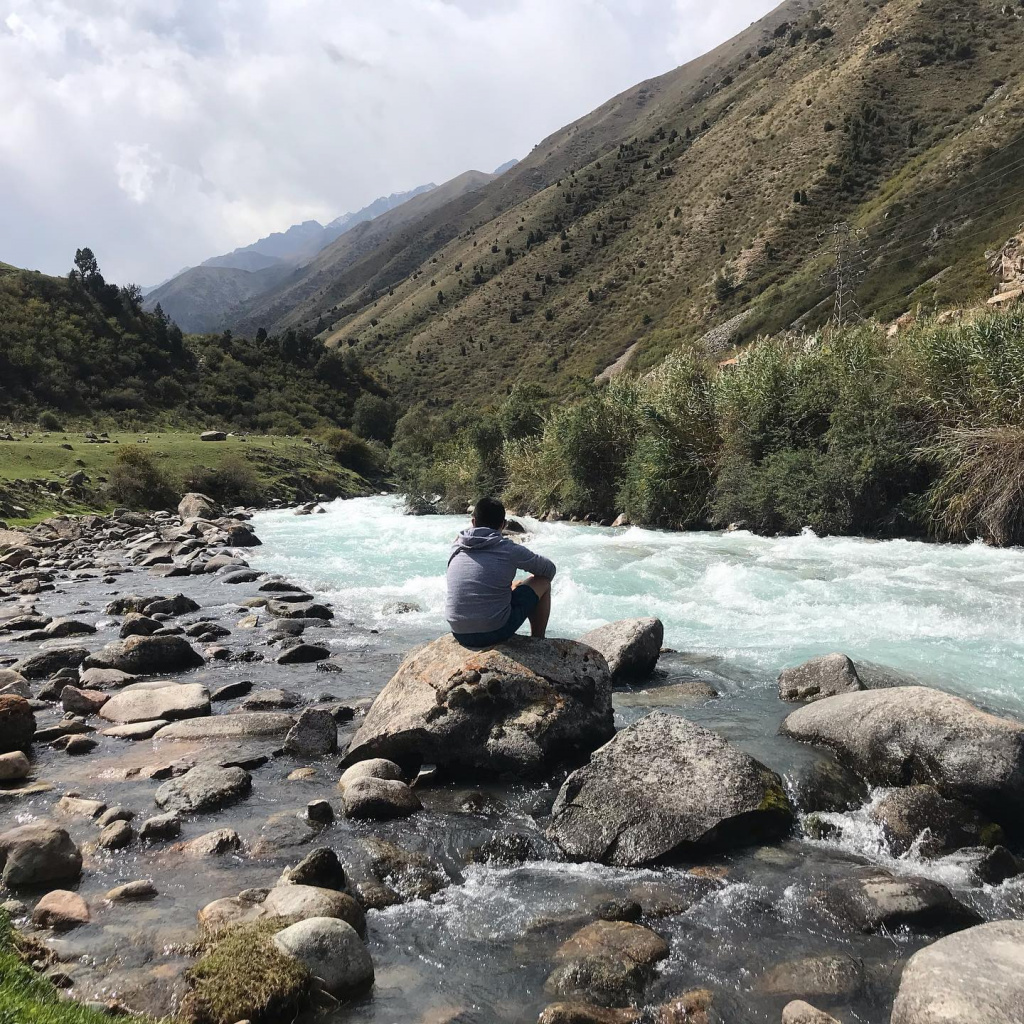 Every country is unique, so with culture and practices. The culture is far different from home. Infrastructure wise, the roads and other infrastructures are okay. However, compared to my home country’s infrastructure, there is no big difference.

Food is a big part of our identity as a Filipino. We love to eat and knowing people here love to eat as well is a comfort for me. We eat together so we can spend time with our loved ones back home. But people here, based on my observation, are less warm compared to my home country.

I grew up in the countryside. I love the outdoors, mountains, hiking and walking. Like in my hometown, life in Kyrgyzstan is simple and laid back. It reminds me of home. Kyrgyzstan and my personality are a perfect fit. Everything here is cheap. I have been to nice restaurants and the prices do not hurt the pocket. Food here is more diverse, cheap and great. I am looking forward to having a wonderful life here. 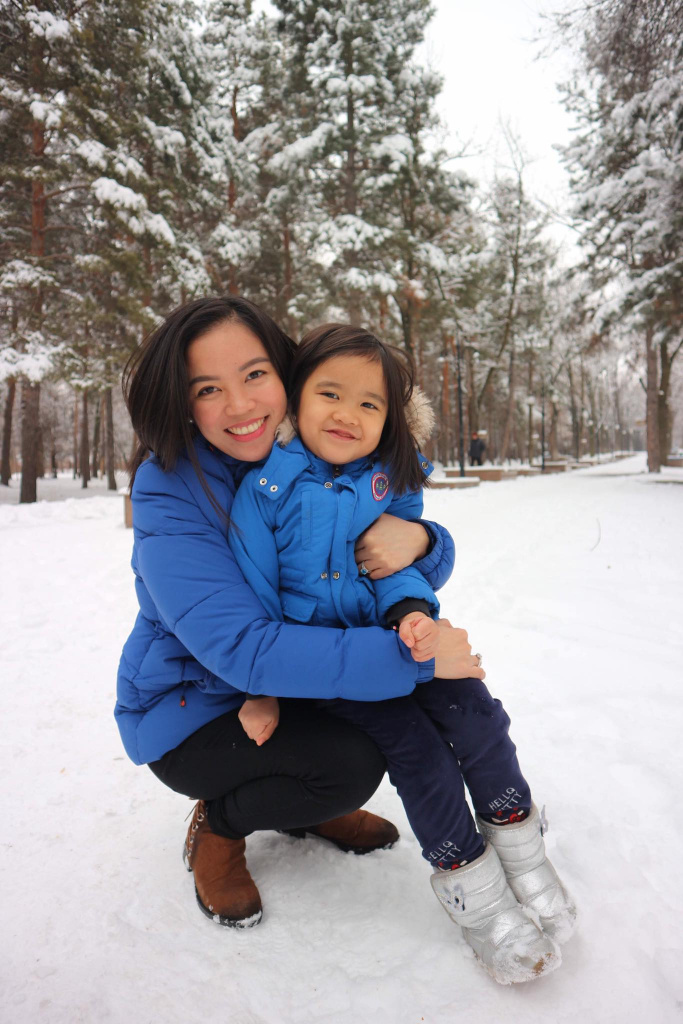 I am from the Philippines. My husband works here as an English teacher. I am a homemaker. We are living here for four years now.

We decided to move here because we saw that this is a family-friendly place. Many parks and playgrounds. Plus it is cheaper to live here than in the Philippines. Ideal place for a family.

It would definitely be the language barrier.

Philippines’ buildings and technology are more advanced. There are more kid-friendly parks here and lots playgrounds for kids than back home. 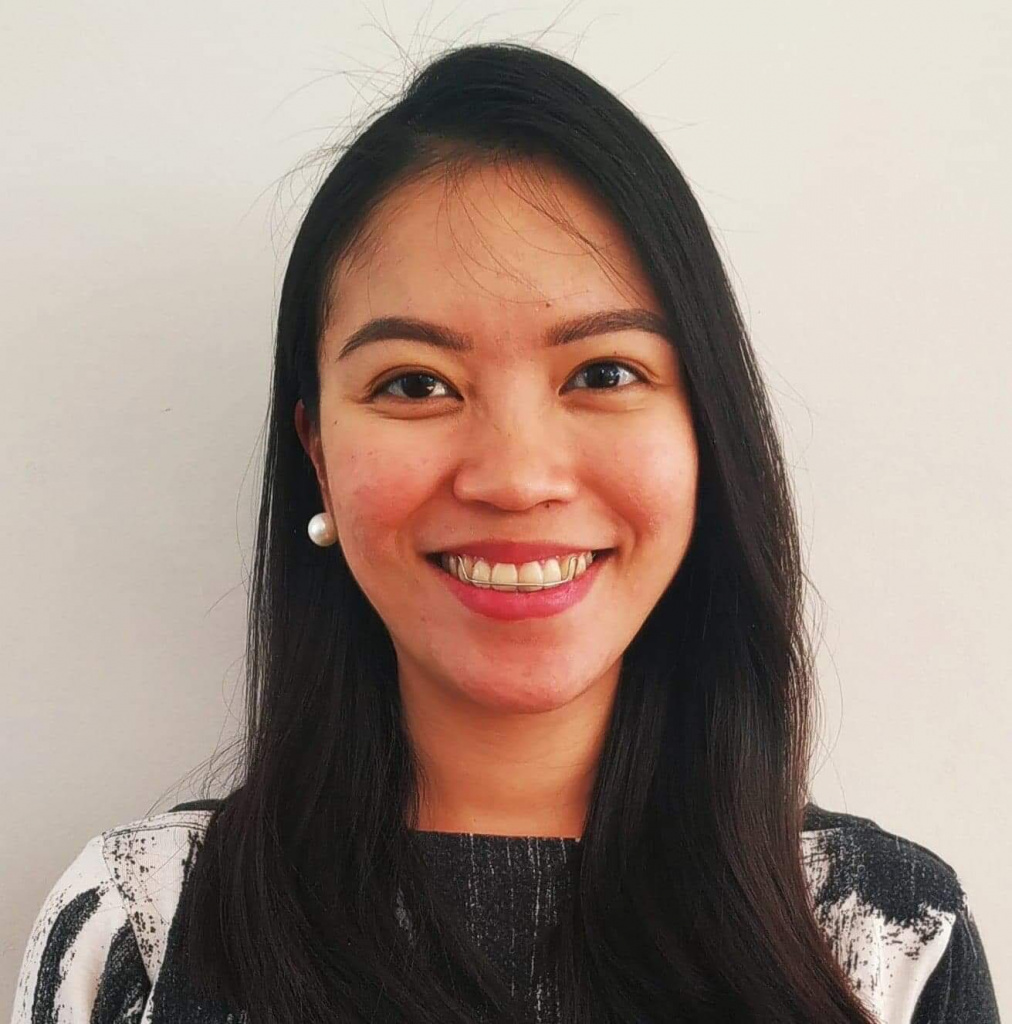 There many similarities. We are also family oriented as Kyrgyz people. This is the most obvious similarity between Kyrgyz and Filipinos.

I think that status is very important to Kyrgyz people. Some live simply and others are living more than what they can afford. I see young people, most especially, have eyelash extensions, eyebrow tattoos and even manicures even though it is beyond their budget.

A lot of kid-friendly parks, playgrounds and restaurants. It is really good to start a family here. 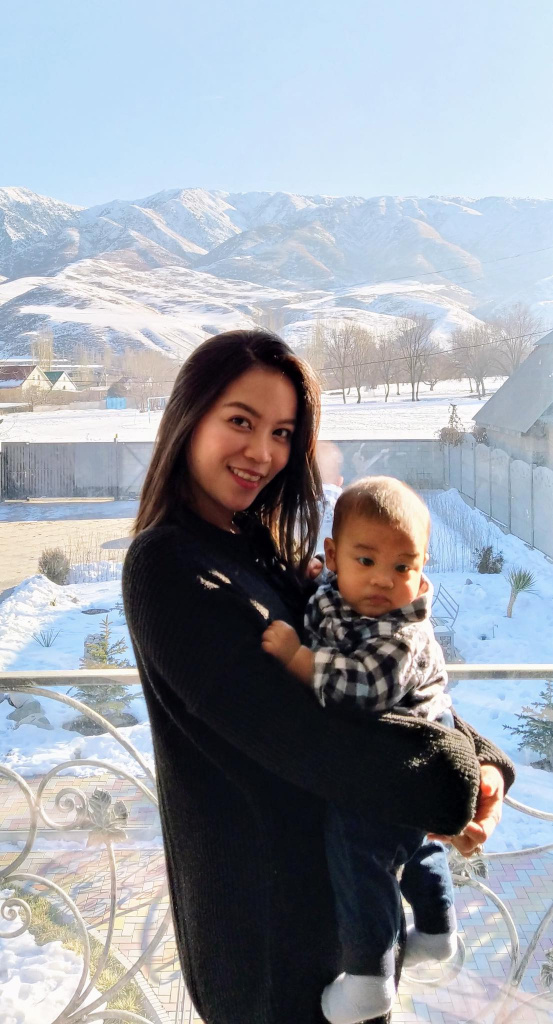 Well, this always happens to me. Whenever I am with my child in a public transportation, people give their seat to us. It is one of the things I love about this country. They have deep respect to moms with kids and elderly people.

Read this article
Russian celebrities who were born in Uzbekistan

489
Famous brands and designers of Tajikistan

519
How to become an hotelier: 3 young Kazakh ladies’ stories