The stories of three teachers living in Kazakhstan

The stories of three teachers living in Kazakhstan 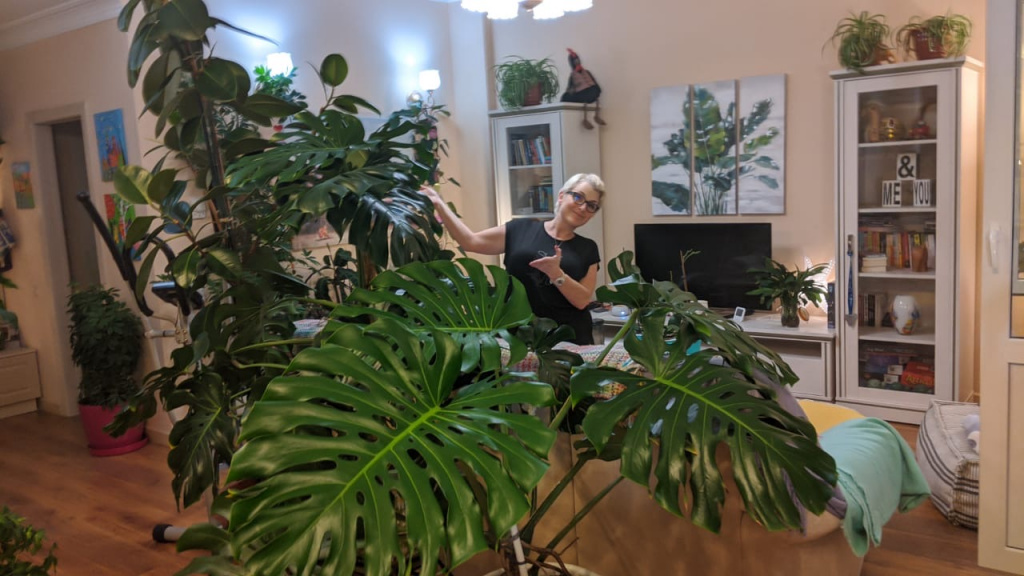 I am a Brit that has been on the international teaching circuit for a decade and now entering my third year in Nur-Sultan. Home was once the UK but I have based working from the USA for the last four years. I think the idea of ‘home’ is interchangeable for expats – when I travel, I travel ‘home’ to the States but then come back ‘home’ to work. I think the idea of one home is a concept. I am exceptionally lucky to be able to identify having had several homes over the last few years.

I moved here to work for the international school group Haileybury and my initial contract was for two years, but I liked it, and am still here. My first thought was that I would be able to recreate the video of the guy throwing a boiling saucepan over his head and make snow. The second was that I might be utterly insane as I am not a ‘cold’ lover and have no thermals.

Wow. Just wow. I was not expecting the infrastructure to be so developed, even after Googling. The city of Nur-Sultan reminds me of some of the Middle Eastern cities but with more space, greener and better driving. I live by the river and love that there is so much beauty just on my doorstep. The parks and public spaces are so well maintained and exceed all expectations. The steppe is a 20-minute cycle ride from my apartment building too, so it is the best of both worlds.

The two immediate problems were the language barrier and having no idea of where to get what I wanted unsupervised. I am fortunate that my employer was supportive and took us shopping, supplied a welcome pack and helped as much as possible. Then it is time to stand on your own two feet and work out where to get coat hangers, top up phone credit and call a cab, all the little things that are day to day and take time to process. I thank every single amazing neighbor in this city that assisted my very clumsy attempts at functioning during the first few months.

It is obvious that this is a young city and still growing – that is actually part of the charm here for me. The changes that I have seen over the last two years display ongoing progression within the cityscape but there is a comfortable familiarity amongst this growth, as the people, overall, are not losing their identity and remaining closely knit even in a metropolis. It feels safe here – safer than any other city I have lived in. 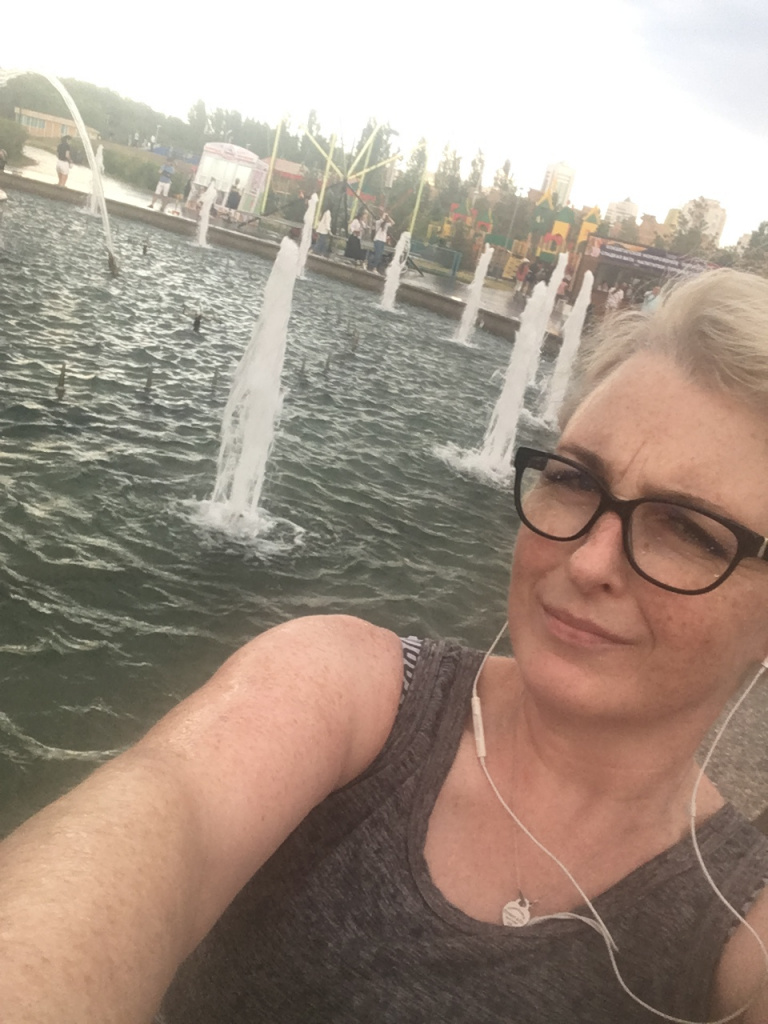 There is a wide disparity between the city dwellers and those in the rural areas. There is a simplistic beauty of those still carving a living out of the ground and living a more raw existence – at times I quite envy their lack of encumbrance of modernity and appreciate their strength.Overall, Kazakh people are proud, and rightly so, but once they warm up and accept you, you are immediately a member of the family. I have never experienced such hospitality and am often humbled by it.

I live a more healthy life here – I am not sure how it has happened, but I have embraced exercise as opposed to Netflix and sofa. A weekend now sees me out for a bike ride and a jog. The weather is the biggest challenge but rather than hide away at the first sign of snow I am actively looking to go outside and enjoy it. 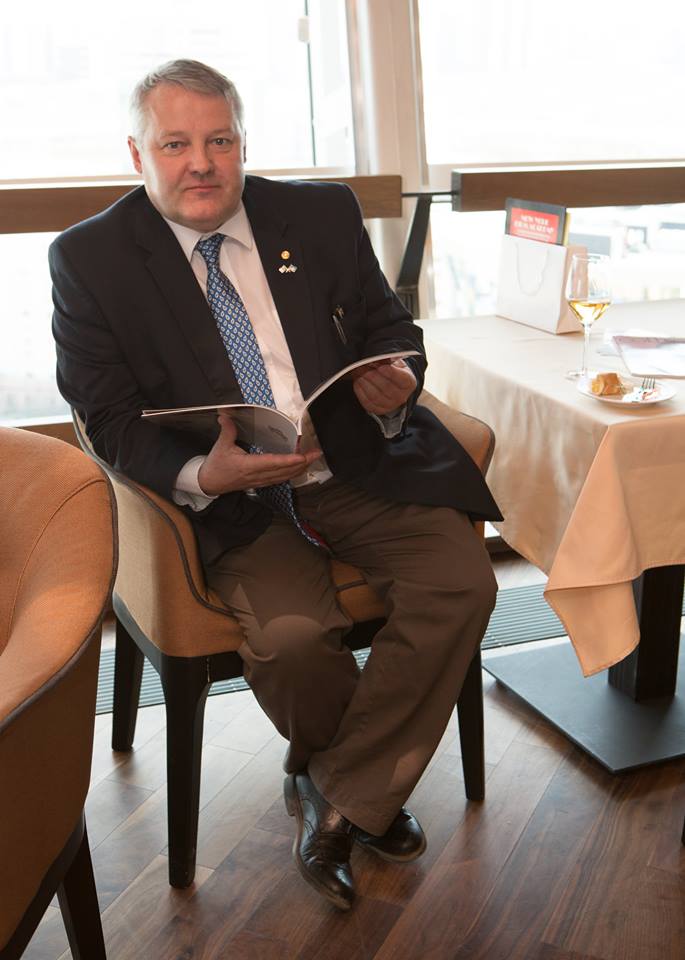 I am originally from the United Kingdom but the answer to where my home country is now a very difficult one. My ‘home’ is now Bulgaria but for a long time I would genuinely call Kazakhstan my real home. When it comes to what I do for a living? – I have always been flexible. I am a creative person with a passion for education. I am an artist, photographer and now also an author – with two illustrated children’s books coming out this Summer.

I moved to Kazakhstan over ten years ago but sadly have not lived there permanently for two years – work called me away to India and now with the international pandemic I am in Bulgaria. When I look back on why I moved to Kazakhstan I believe it was fate. I was offered a position at the Nazarbayev Intellectual schools, which were just starting to employ foreign experts, but it was genuinely a leap of faith into the unknown. Looking back, I am ashamed of how little I knew about Kazakhstan and what a hidden diamond the country and its people is.

I moved to Astana and although at that time it was still in its real infancy, I was amazed how futuristic it was. But the first thing that impressed me was the people, warm friendly and helpful. 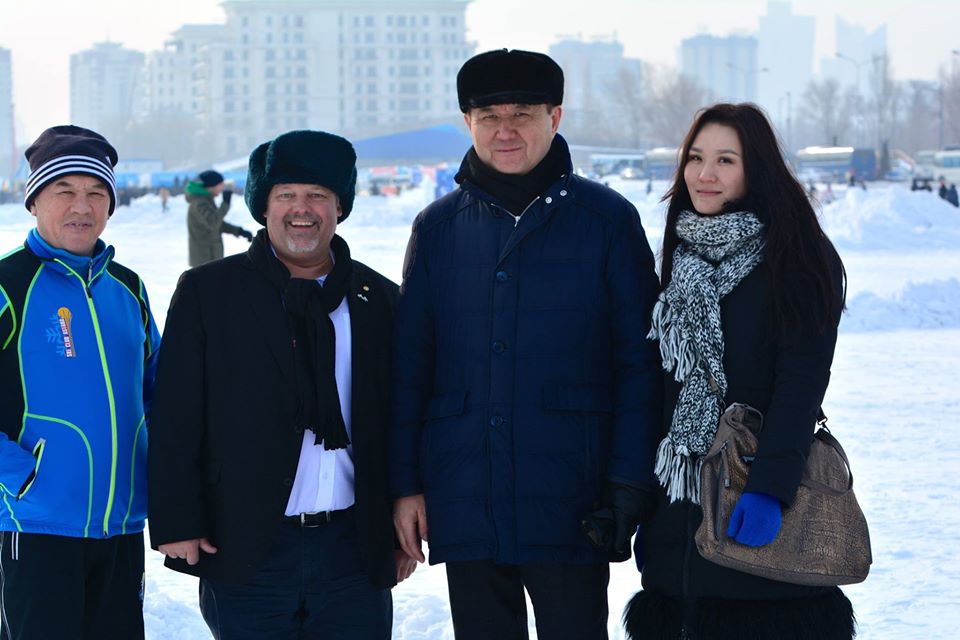 Astana was still taking ‘baby steps’ when I arrived. It believed it could already run. One of the problems was the fact that people and organizations were not used to dealing with foreigners or had their expectations of what foreigners wanted or needed. Every day was an adventure and even things that we would consider ‘simple’ were often a ‘quest’ but keeping an open positive mind and slowing down the pace of life made the adventures enjoyable.

I come back to Astana often, I still have a business there and lots of friends. Each time I arrive at the airport I wonder what will have changed and what new piece of Futurama will have appeared. There was one time quite early on when I arrived back from a summer holiday and the taxi took a right turn along a completed major highway that had not been there when I left.

Here in Bulgaria there is a strong sense of tradition and history – in many ways the countries went through communist rule and systems and both countries look back to an idyllic time before that. Bulgarians and Kazakhs like to dance play music and have social gatherings, which often revolve around too much food. 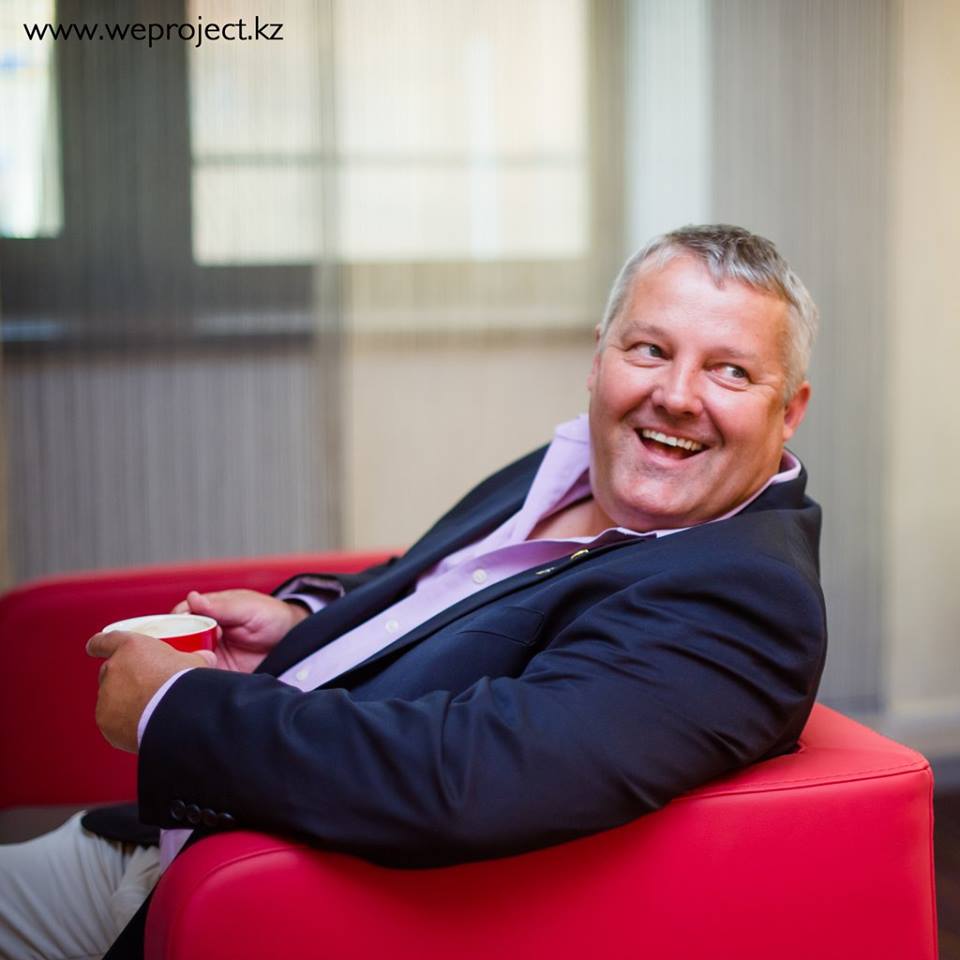 In Astana, people are very much trying to emulate the west – wealth and possessions, the fancy car and latest clothes. This is fine but also has its downside as with anywhere in the world. Materialism leads to problems caused by use of credit, envy and greed, which I do not think are natural Kazakh traits. There is a huge divide between the rich and the poor and therefore you have extreme differences between how people live. Through one organization, I was able to contribute to village orphanages and see the real village life, at the same time I rubbed shoulders with the elite, hopefully forming a small bridge between them.

There are too many interesting stories to mention and I would encourage others to have their own ‘interesting stories’ which come from their experiences of an amazing country with amazing people, culture, history and landscapes. In my time, I feel I have only scratched the surface of Kazakhstan’s vastness and depth. I visit as often as I can and have to confess that I am currently working on a book of stories and memories from my Kazakh life. So watch this space. 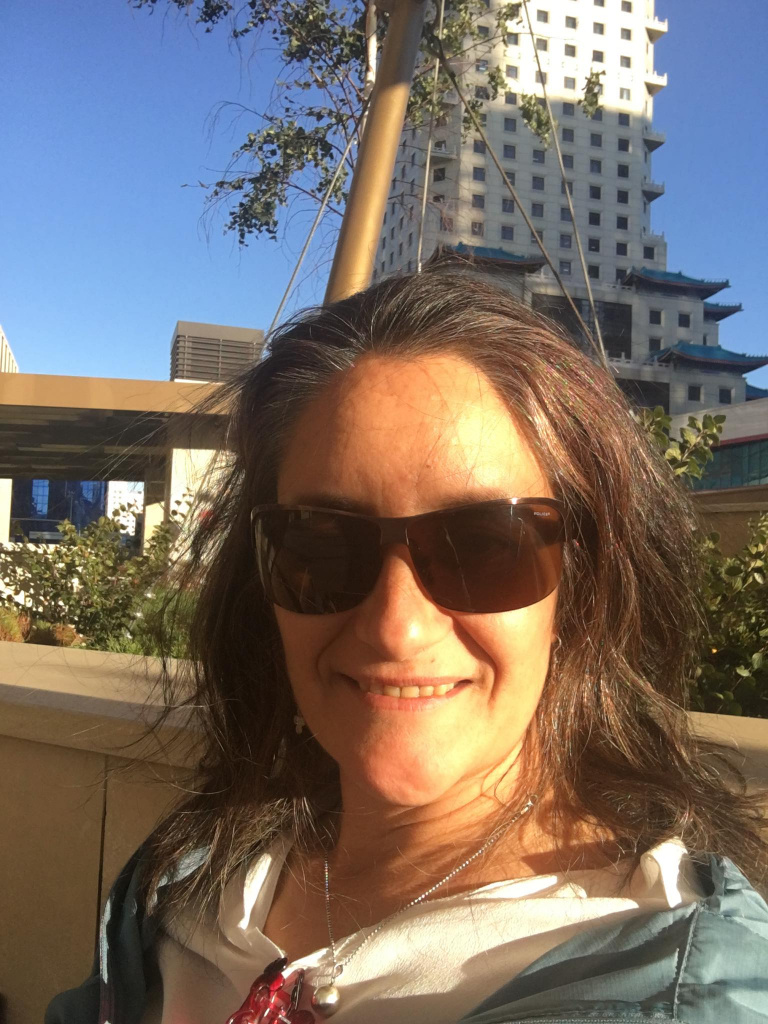 I am from Bogotá, Colombia. I am a teacher at Nazarbayev Intellectual School of Nur-Sultan. I teach theory of knowledge and social and cultural anthropology.

This is my ninth year in Kazakhstan. My husband and I were hired to works at NISA and support the development of the International Baccalaureate.

Kazakhstan and Astana were very different eight years ago. But it always felt like a wonderful place to live. The people are very friendly and willing to help.

The language was difficult at first, so we communicated a lot with mimics and signs. It was also difficult to find some groceries that were not being imported yet. 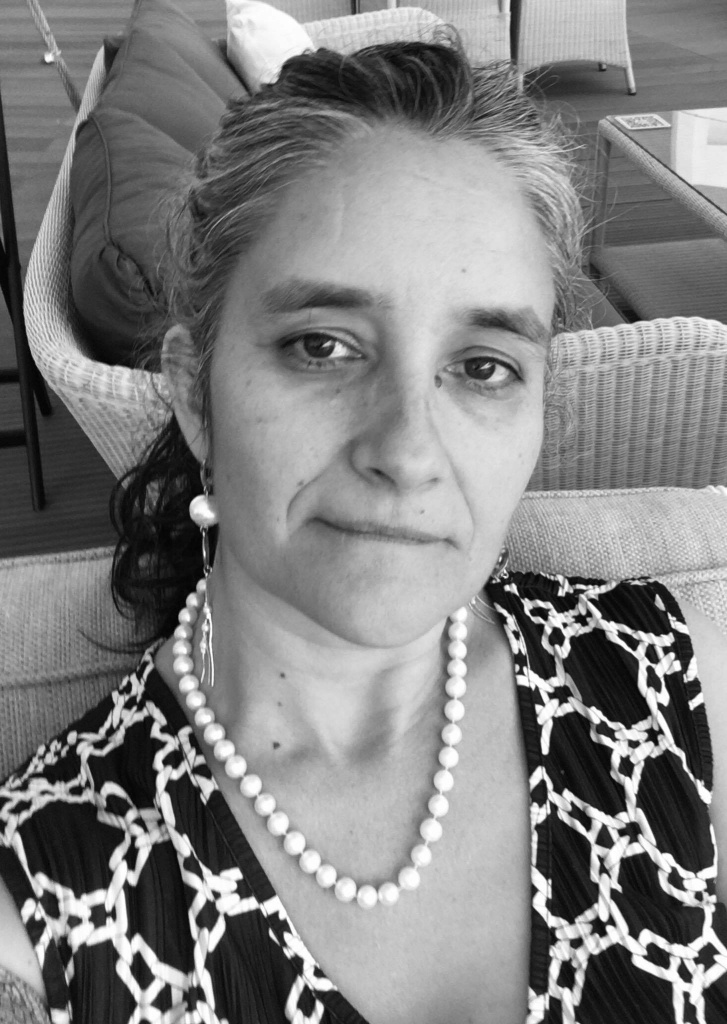 I come from a country full of mountains, so my first surprise was to be in such a flat land. The sky has no limits, and you can see a lot. It was a good surprise to find such a nice city. In these eight years, we have seen many buildings take the place of what was before just grass.

Kazakhs and Colombians are very family oriented. That similarity has made it easier to adjust. We seem to understand each other well.

Kazakhs respect their elders a lot, and that is nice to see. Grandparents with grandchildren going to the park is always nice to see.

One feature of Kazakhstan that Kazakhs may not be aware is how safe life is in a city. In my city, of about 12 million people, there are many poor people, so sometimes there are muggings and you need to keep your belongings supervised. This is also true about other cities I have visited. But not here. I feel very safe. 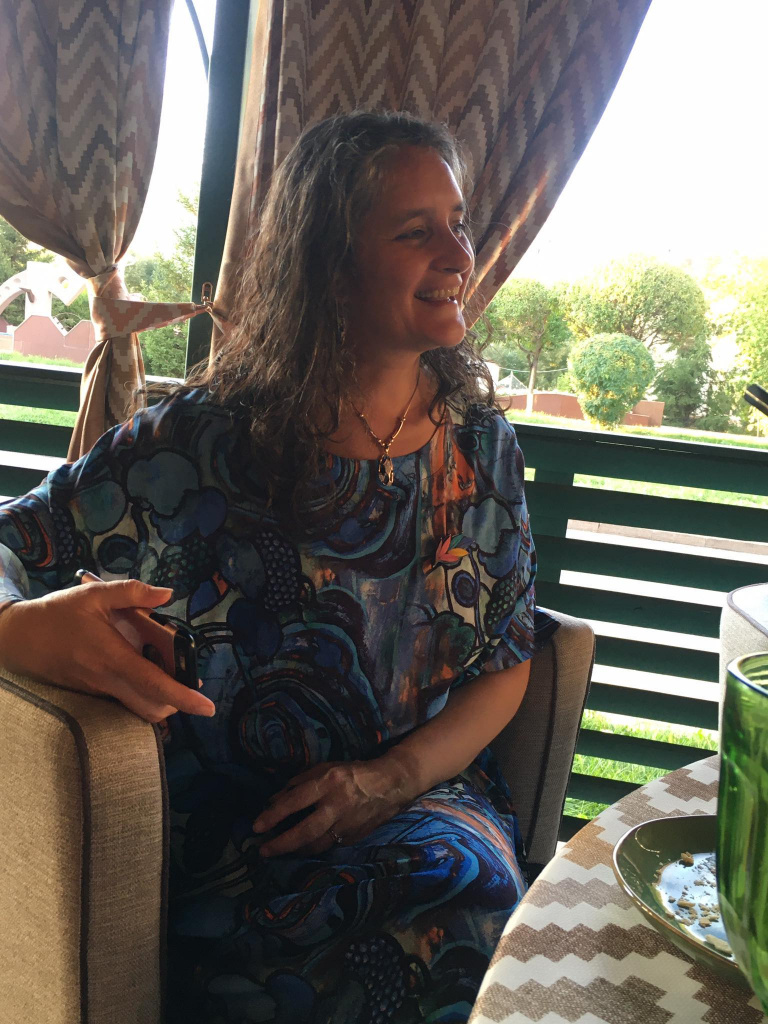 There have been many moments were I have blessed the people around me. Taxi drivers helping me with translations, students that I met in middle school that are now professionals and many colleagues that we have seen grown, get married and form beautiful families.

2095
What do we know about Mongolia? Foreigners talk about wrestling, nomad culture, and G...