THE AMBASSADOR OF INDONESIA ON ASTANA, WINTER STROLLS AND “ARTEM”

The Ambassador of Indonesia to Kazakhstan

THE AMBASSADOR OF INDONESIA ON ASTANA, WINTER STROLLS AND “ARTEM”

I’ve been here for a year. I came on the May, 7 in 2017. I was appointed as an ambassador to Kazakhstan and Tajikistan. I didn’t come here before, I was in Uzbekistan in 2009. It was a short business trip. Before that I hadn’t been to Central Asia. When I was proposed to come here I started to read, to learn about Kazakhstan, Astana on the internet, on YouTube programs. I talked with the director responsible for Central and South Asia region in our ministry, I talked with people. 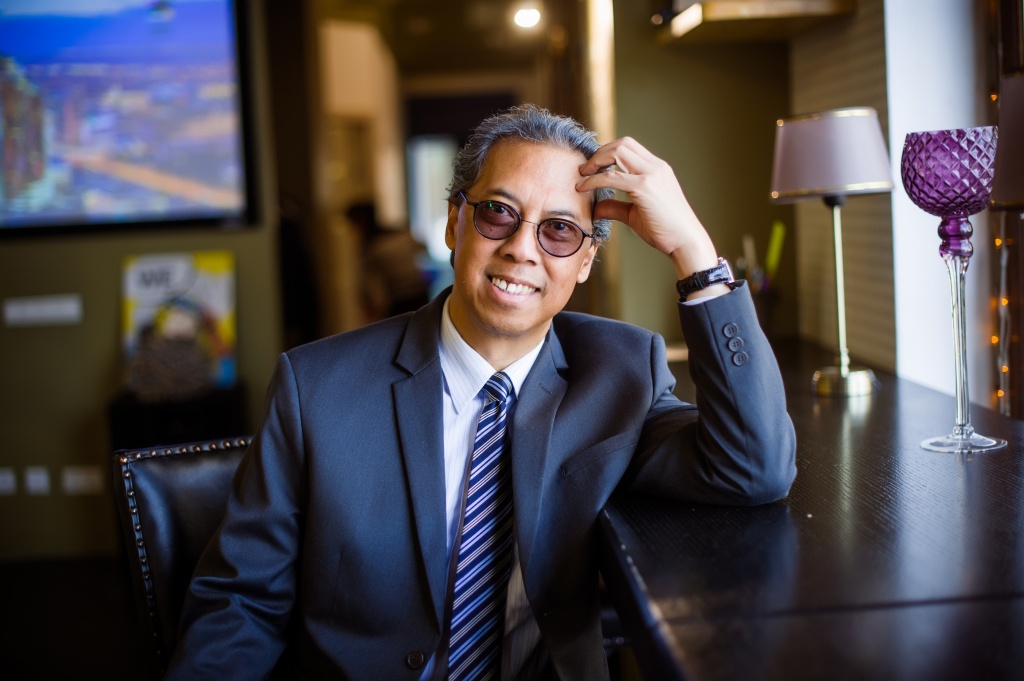 We opened our embassy here in late 2010, but the first ambassador was appointed in 2012 for 4 years. I’m the second ambassador of Indonesia to Kazakhstan. I’m going to stay here at least for 3 years.

I was surprised by the development of the city. Indonesia is planning to move its capital from Jakarta too. It’s not formally decided, but the Government has already set up the team to do that. Last year in September our vice president came here for Expo and for the summit, he got the chance to discuss it with president Nazarbayev. I don’t know the final decision. We decided to move the capital because Jakarta is too big, population is 12 million. The city and the economy is still growing, I think the city cannot support such number of people. The capital is the heart of the country.

I arrived in the afternoon. My flight was from Abu-Dhabi. It was May and the weather was already nice. During the ride from the airport I saw many new buildings of futuristic design. The city was new, the road was good. I had a background about the city, but I was impressed by the new part of Astana. When I arrived I familiarized myself with the new part of the city, but then of course I got a chance to visit the old part of Astana. I’m also quiet interested in the old part, because I like history, old buildings. When I go to the old part it’s different. It was influenced by the Soviet design, similar to some old parts of Moscow. 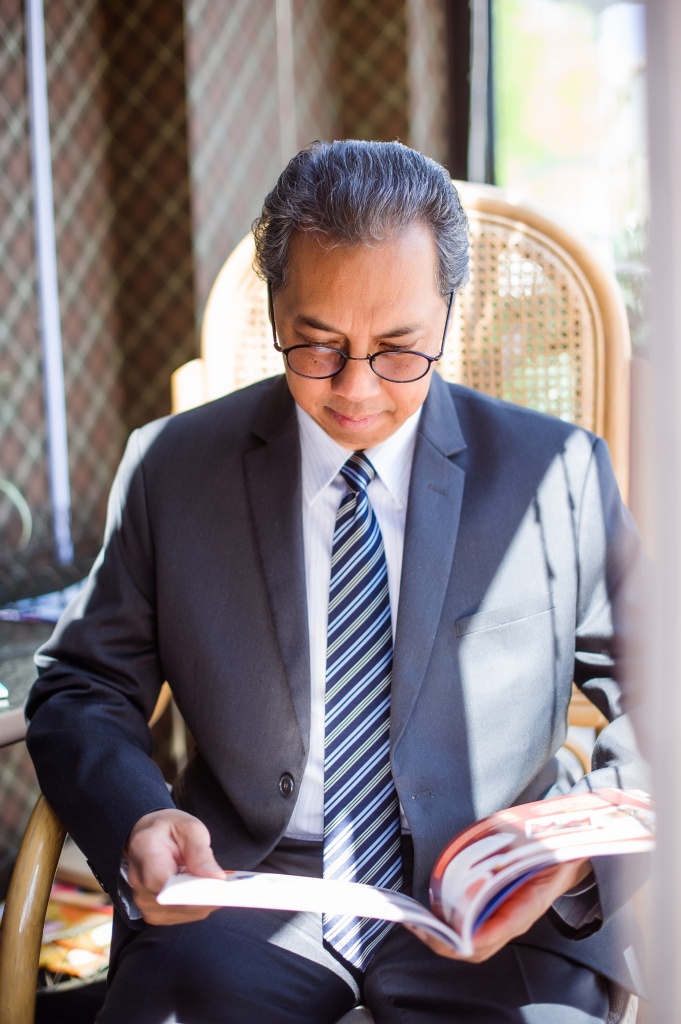 Infrastructure is quite impressive, well-designed, well-laid out. Some buildings are unique, some of them as I heard are similar to iconic cities, but it’s ok. Condition and maintenance of the road is very good.

I’ve never been on bus yet, but I use local taxis.

The most that I like is parks. You have a lot of them. In indoensai we rarely find parks, only from the design of 40-50’s. park is the lung of the city, big citiies need parks. I’ve visited most parks in Astana. In winter I go there too. thelowest temperature when I wen out was -39. My favorite sport is jogging. I walk from the residence to the Diplomatic town, it’s 20-30 minutes walk. so I’m used to that. In winter I try to walk as much as possible.

I quite like winter and enjoy the environment in the winter time. Before I was in Switzerland for 4 years and enjoyed skiing. So snow and cold is not new for me.

There’s an abundance of cafes and restaurants in Astana. My favorite is “Ottoman” at the Khan Shatyr because of the design, Marron Rosso, Costa. I didn’t go to Starbucks, but I like coffee shops and drinking coffee. As for restaurants, I like locals like to “Alasha”, “Sattj”. Sometimes we go to Chinese restaurant “Turandot” and “Korean House”, but not so often. You don’t have Indonesian cuisine here, just Thai cuisine which is close. It’s in Saryarka.

I’ve tried pilaf, shashlyk, beshbarmak and bauyrsak are my favourite. I tried horse meat, I have no problems with it. I try it whenever I have a chance. I didn’t try it before coming here, but in some far parts of Indonesia people eat horse meat, I haven’t been to that part. People in Indonesia, in the South-East Asia eat a lot of fish, chicken and vegetables, sometimes they eat beef. That is what I miss in Kazakhstan. People here prefer horse meat, beef, lamb. 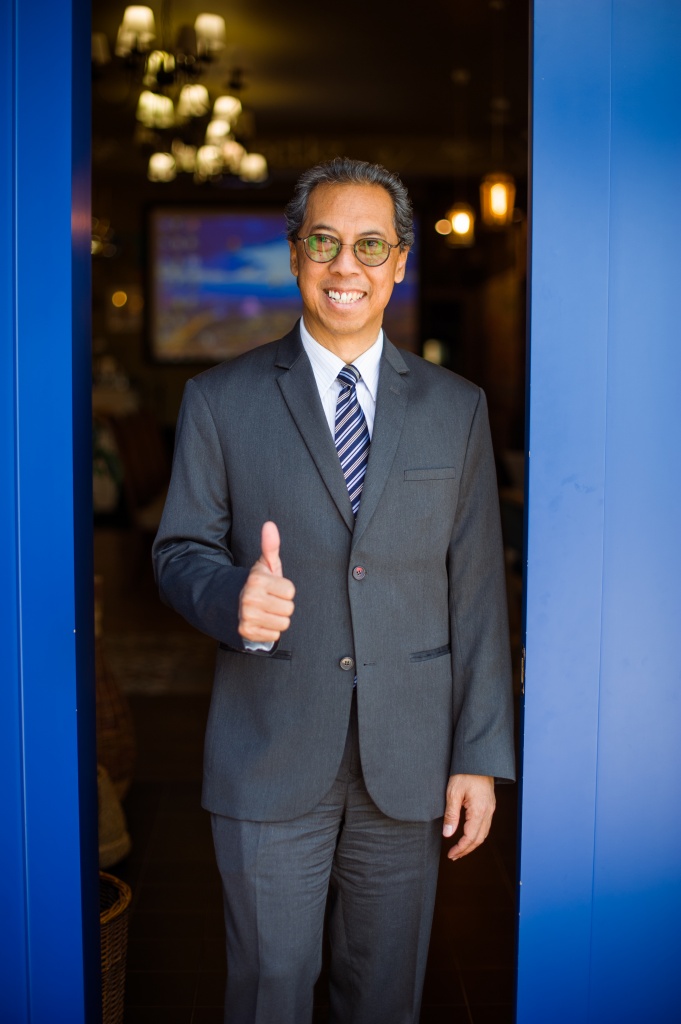 As for the environment, I have to adjust my body biorhythm to extreme winter. During the Ramadan in Indonesia I fast from 5 am to about 6 pm, throughout the years the difference is only in minutes. Here we fast from 3 am to 9:15 pm. It’s challenging. Also you have wind which I have to adapt to. Even on the sunny days the wind is strong.

On shopping and purchases

There’re many shops, many international and local brands. As for communication, in big malls like Khan Shatyr and Mega Silk Way many sellers speak or at least understand English. In China it’s more difficult. You point the thing you want to buy and sellers push the buttons of the calculator and show the price. China is more challenging. I make purchases in Khan Shatyr and Mega Silk Way, sometimes I go Artem. I like visiting that kind of place. I take my staff – my driver, my secretary to communicate there. I never go alone to such places. People in those places are friendlier. Some of them speak a little bit English and they try to explain to me, to connect with me. I feel people-to-people communication. 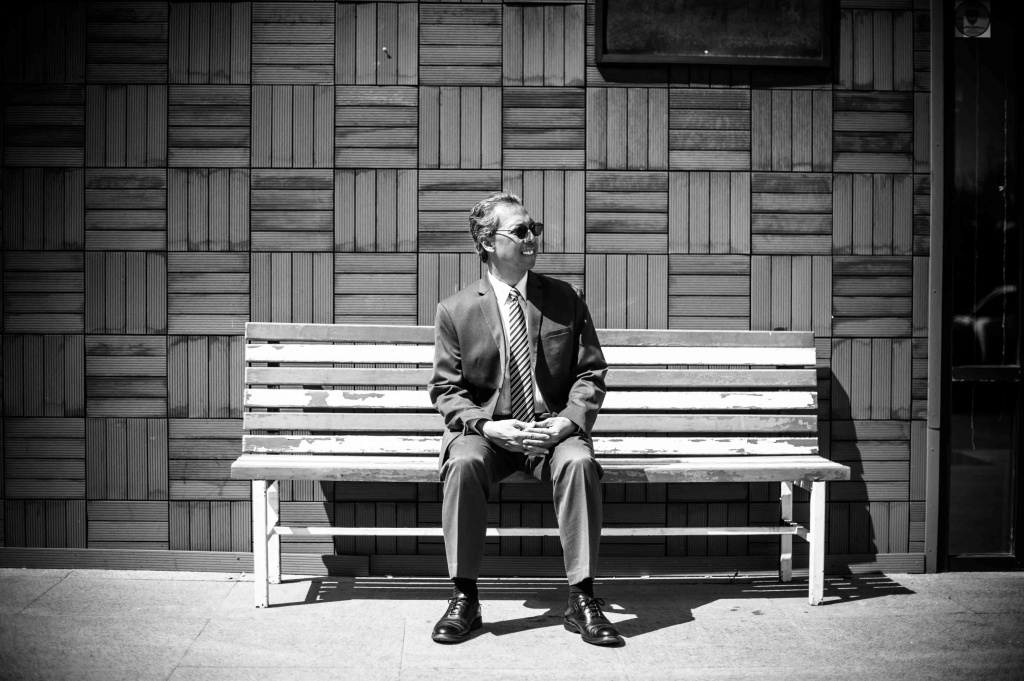 I believe that electricity in Kazakhstan is cheaper than in Indonesia because you have abundance of natural resources that can drive power stations. In Indonesia electricity is powered by the river. At power stations we do not use much of power diesel. We don’t need heating. The coldest temperature in big cities like Jakarta is +22, in some parts it can go as low as +14-15. Of course we have mountains in the Papua province with show all the time. But people don’t live there, people go there only to climb mountains.

Basically I see a lot of similarities. During some period in the past you were under the USSR and now have some Russian mentality, but deep in heart you have Asian mentality, Asian culture. You’re friendly, you have extended families just like us.

Indonesia is in the south-east, much more laid-back and easy-going. It’s a part of the influence of the climate and environment. We try to socialize with your neighbors, family. We smile a lot. Smile is the part of our culture, it was influenced by the religion. It’s something that I have to get used to here – people smile less. You have to smile more.

I don’t have any difficulties with people here, because I’m a diplomat and got to stay in foreign countries for a long. I lived in Switzerland for 4 years, in America for 4 years, in Kuala-Lumpur for 4 years. I’ve visited many countries and I get to know different people, mentality, and ways of thinking. Diplomats learn to adapt quite easily, whatever environment or culture they’re in. 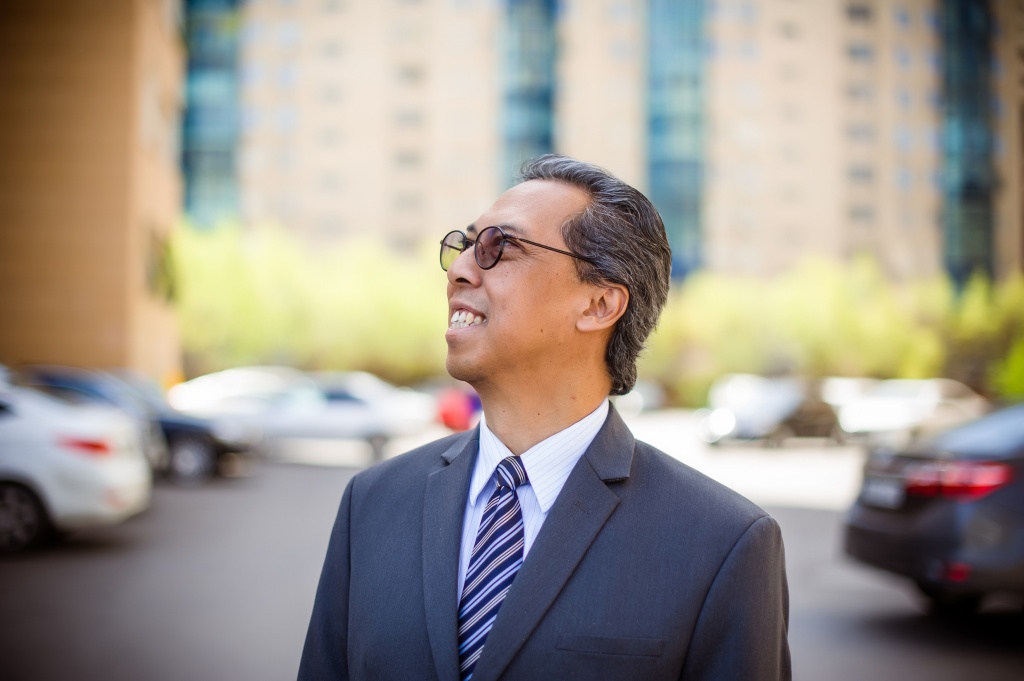 People here are very serious, they are not laid-back like in South Asian countries. In the South Asia people joke, chat a lot. In Kazakhstan people are serious while working.

I’ve been to Almaty, Atyrau, Karaganda, Temirtau, Aktau, Pavlodar. I stayed there for several days, in Almaty I stayed fir a week. So couldn’t notice any difference in people. People in the North were influenced more by Russia, I the South people are more Asian.

Kazakhstani people still know little about Indonesia. We need to increase our cultural, touristic, business exposure to each other as much as possible.

We have Indonesian cultural center not far from our office in Diplomatic town. Over there we teach Indonesian language, culture, dance, music, cuisine. We bring troupes here. The group of musician and dancers make Indonesian musical performances and play bamboo musical instruments. Anyone who wants is welcomed to visit us.

Read this article
An Italian about why in Kazakhstan easier to open a business than in Spain, America a...