Poles in Kazakhstan. About why everyone eats Polish dishes, and in Warsaw you want beshbarmak

Poles in Kazakhstan. About why everyone eats Polish dishes, and in Warsaw you want beshbarmak 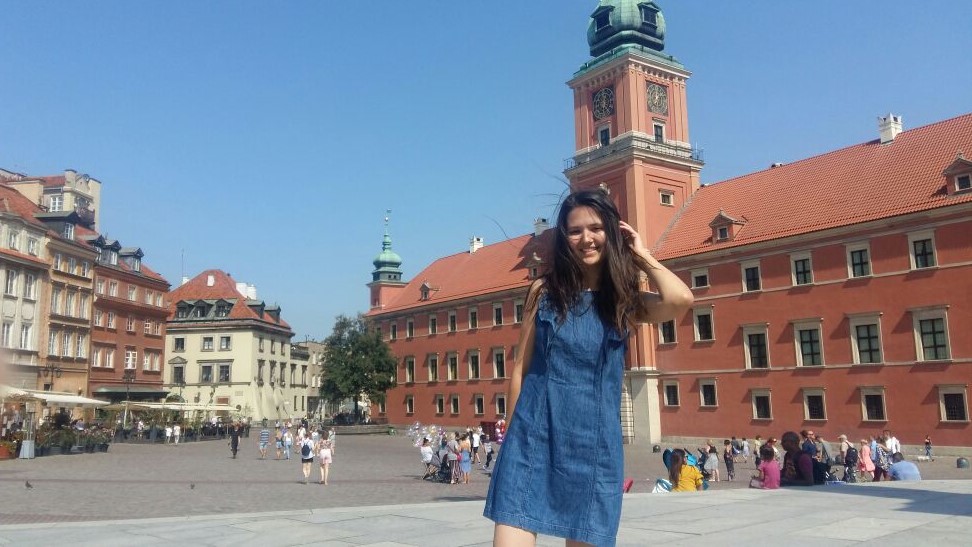 My grandmother's family came to Kazakhstan in the 30s of the last century. They were moved to the territory of Northern Kazakhstan with their family. There were many difficulties. At that time, they had to rebuild their lives. They were brought to the steppe, where there were no houses and only tents. It was cold, and it was physically impossible to bring a large number of things. At one time they ate only fish, which was caught in the nearest water bodies.

The biggest problem was how to feed the family. The family had several children, the great-grandmother was ill, and many responsibilities fell on the shoulders of his grandfather and grandmother's brother.

With language problems almost was not. The indigenous population in those parts was a little. However, despite the fact that they could not always understand each other, the Kazakhs supported the poles: they gave clothes, milk, bread because they saw the difficulties of survival.

The family moved a lot and eventually settled in the Shortandy district of Akmola region. Now my mother lives there, and my older sister and I live in Astana. Mom likes to do the garden.

Our grandmother once tried to instill in us a love for the historical Homeland. We are a member of the Polish community, and if I am now an inactive member of society, my mother is active. She goes to the forums, goes to meetings with consuls, communicates with guests who come to Kazakhstan. A few years ago she started learning Polish. My sister and I were active members of society when we were in school. We tried to learn Polish, to get to know the culture, traditional cuisine.

Polish cuisine is common, although it does not particularly catch the eye


Polish cuisine is common, although it does not particularly catch the eye. For example, perogies is a native Polish dish pie, and stewed cabbage is bigos, also a Polish dish.

My sister and I visited Poland several times, my mother came to Poland for the first time. My grandmother's sisters returned to their historic Homeland 20 years ago. We come to visit them. Here live grandmothers, grandfather, aunts, uncles, brothers, and sisters. We're always welcome here. 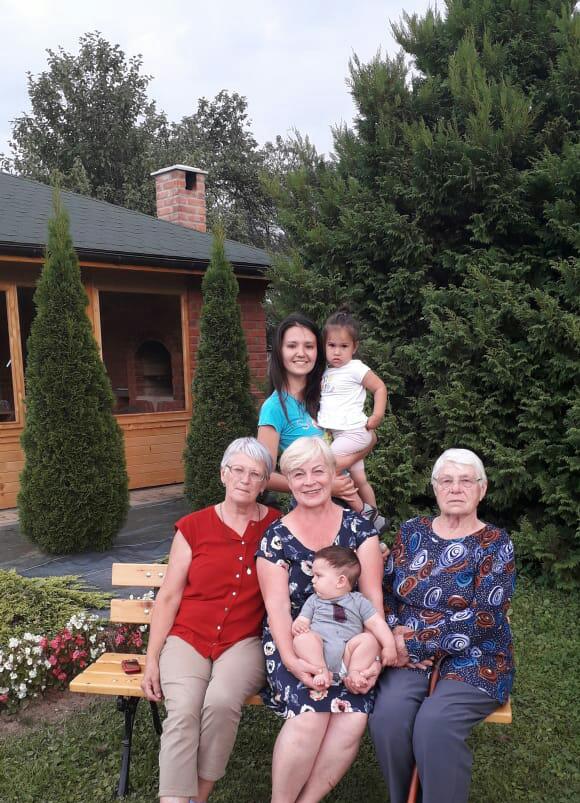 It is difficult to compare the Kazakh and Polish cultures because they differ initially: one culture — Eastern, another — Western. In Poland, religion is integrated into people's lives. Thinking and traditions are very different. In Poland, people are friendlier and smiling. However, everyone supports a culture of individualism. Despite religion, it is a country of freer mores. Everything is built on personal comfort.

People are more open in Kazakhstan. The relationship between people deeper and it's not hard to be friends. I like that relationships are always warm. Whether it be neighbors, classmates, everyone is trying to maintain close relationships. I love Kazakhstan for the people around me.

I love Kazakhstan for the people around me 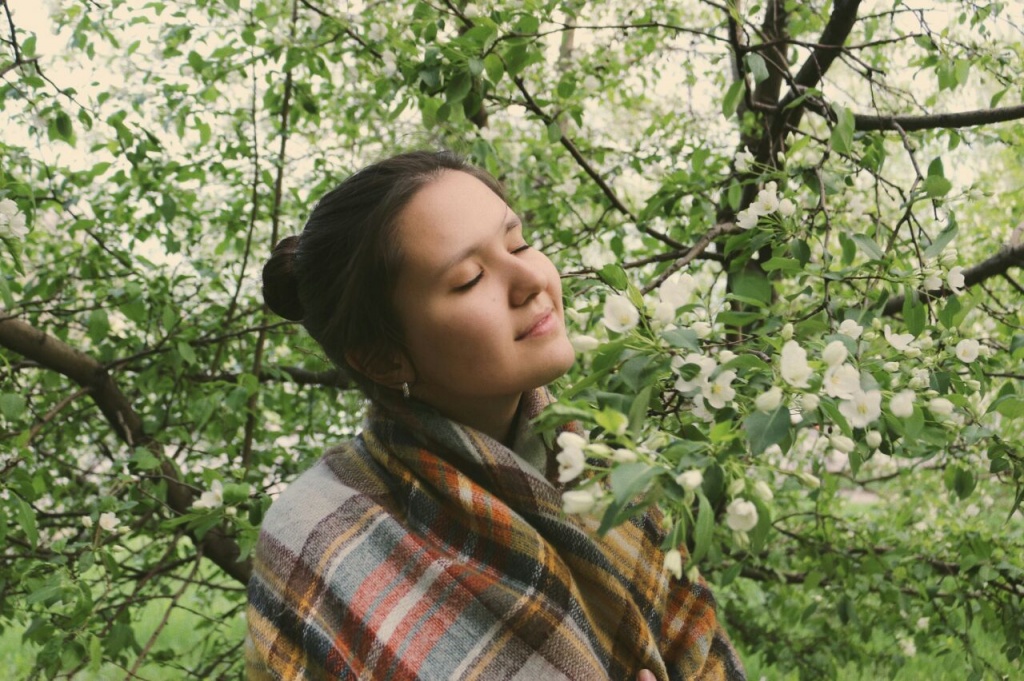 Sometimes I want to move because most of my family lives in Poland. It is difficult to be at such distance with loved ones, but no less difficult to decide on such step. However, I think I want to get another education in Poland, and this is included in my plans. 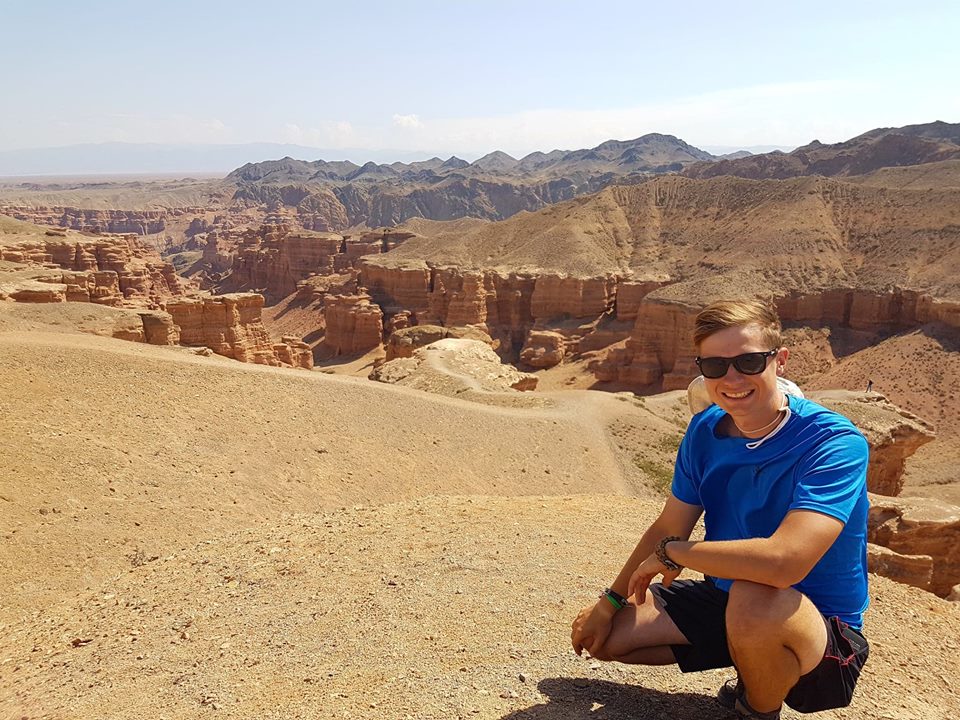 I graduated from University and decided to spend a year traveling.

People in Poland are not very familiar with Kazakhstan. I decided to make a trip to the countries of the former Soviet Union, including Kazakhstan. I planned to visit Kazakhstan for a short time, but it turned out that I spent a whole month in the country until the end of the visa. I enjoyed it.

The journey began with Pavlodar. I crossed the border with Russia at the end of August and traveled around Kazakhstan for a month: I managed to visit Astana, work for a week as a volunteer at the EXPO exhibition, go to Almaty, visit the Charyn canyon, go to the mountains, live with the Kazakhstanis, using Couchsurfing, and work in a restaurant of Kazakh cuisine.

I have not heard about the EXPO before. However, when I arrived, everybody was asking, you probably came to the exhibition. I decided to find out what it is and stayed in Astana for longer. I did not know anyone, went to the exhibition and said that I would like to work as a volunteer. I know English, Russian, German and Polish. I worked there as a translator. I liked the atmosphere that was at the EXPO. 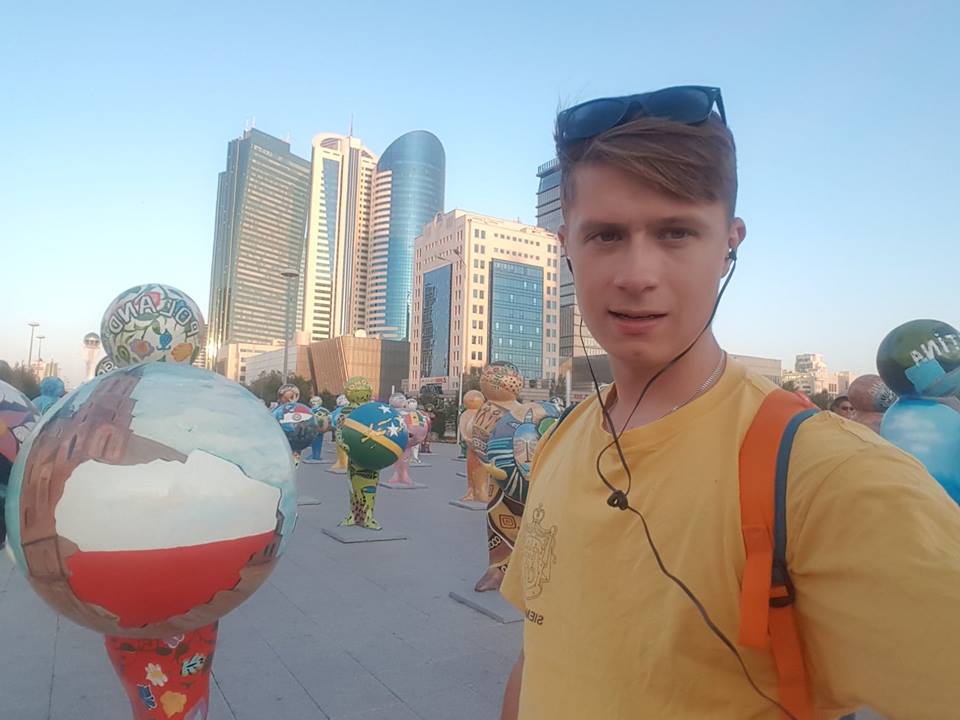 Astana is like Dubai. I didn't expect that city in the heart of Central Asia is so beautiful.

In Almaty, I lived for a few days on Couchsurfing, and the landlord loved to ride a bike. I also rode through the mountains by the bike.

People in Kazakhstan are very different from Europeans. This applies not to appearance, but to the inner world: people are friendly and hospitable. When I walked along the roads, people would stop, invite me home, feed me, talk, talk about culture, leave me for the night. 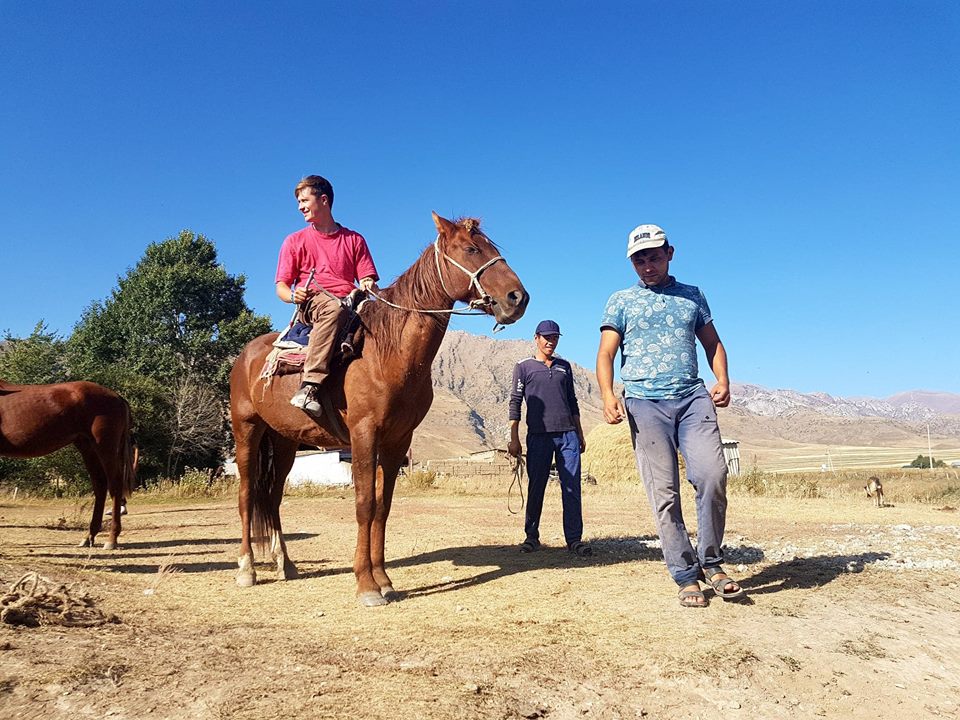 I had time to try lagman, flatbreads. I never thought bread could be so beautiful. I ate horse meat. In Poland, horse meat is expensive, and in Kazakhstan, it is a lot and it is delicious. I ate beshbarmak. Even now, living in Warsaw, I go to a restaurant in Kazakh cuisine to eat beshbarmak.

After Kazakhstan, I managed to travel to Kyrgyzstan and Tajikistan. When I was there, I was in the Pamirs, and I had to buy a donkey because there was nothing to move — cars do not pass there, and I could not afford a Bicycle. I note that the donkey is a stubborn animal. I lived in a tent then.

When I went to Kazakhstan, I did not prepare, did not build a route. Tent and sleeping bag are always with me, but in Kazakhstan, I used them only once because I was always invited to visit. 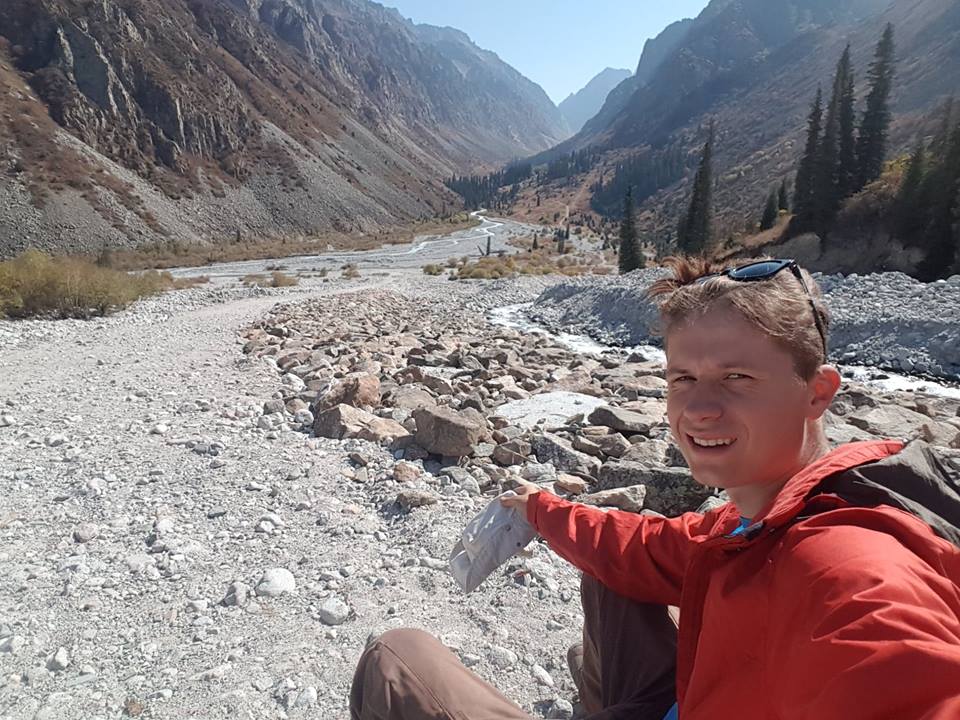 I want to come to Kazakhstan again. I plan my next trip this year. 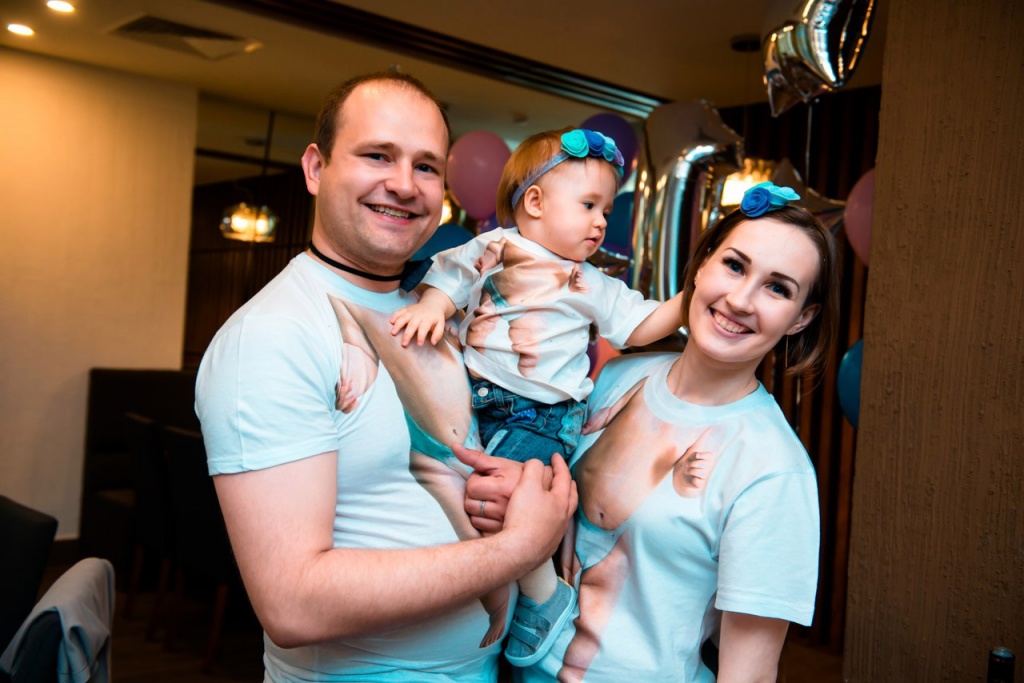 My great-grandmother and grandfather were deported from Ukraine in Akmola region, the village of Lazovoe. It was the early 40's. My grandfather was engaged in the development of virgin lands from 12 years and worked all his life in the field. My grandmother was also engaged in farming.

I have a large family, all family members are centenarians. Great-grandmother lived to be 96 years old, grandmother 83 years old. My grandfather had six children in his family. My mother moved to Tselinograd, other relatives to Kostanay region. Many of our relatives live in Ukraine.

A couple of years ago it was possible to go to Poland, but my wife and I had a child, and the trip had to be postponed.

I communicate with poles living in Kazakhstan. My field of activity allowed me to meet a considerable number of poles: someone also worked in the advertising field, as I did before, someone worked with his wife. From time to time we gather for the holidays. Not always the circumstances are in favor of our celebrations, but we try to celebrate Christmas together.

We try to celebrate Christmas together

I was born in Kazakhstan, so I can say that it greatly influenced my formation. We also celebrate local holidays. For Example, Nauryz. However, I would like to better understand the Polish culture, to move to my historical Homeland.

We would like to move to Poland in the next year and a half or two. Now we are engaged in collecting documents for moving and receiving thepole card.

Read this article
Semey through the eyes of a foreigner – why abroad considered prestigious to study at...

1421
Japanese in Kazakhstan. Travellers about drinking Mare's milk and what the similariti...