On how international families live in Russia

On how international families live in Russia 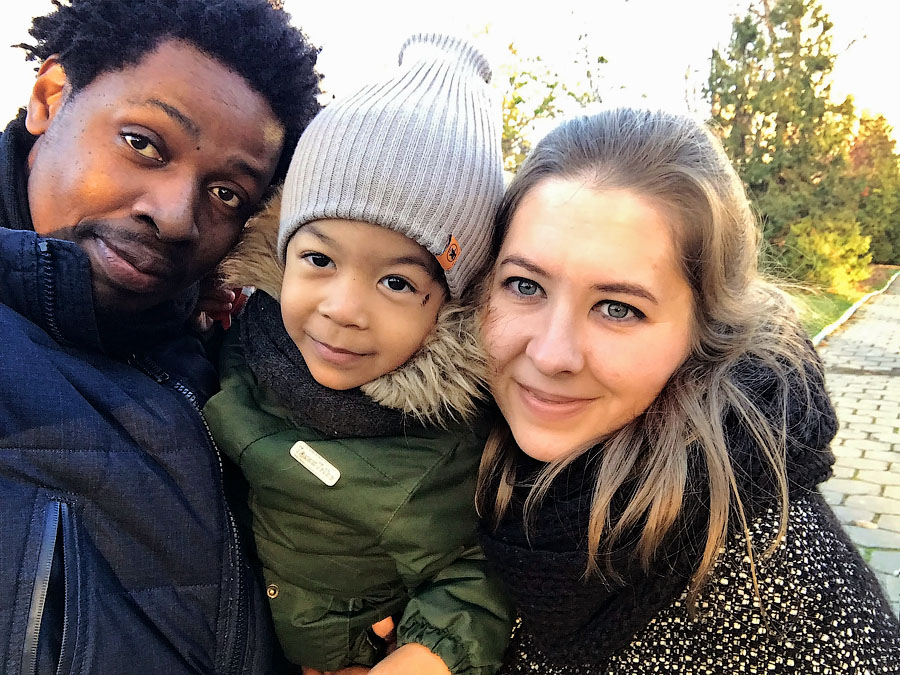 I met my future husband in 2008 when I was a second-year student at the Academy of K. A. Timiryazev. He was well versed in computers and helped everyone, so when my laptop broke, a friend recommended to contact him. He repaired it more than a week, in parallel inviting to walk or go to the cinema.

We dated for almost seven years before we got married. Initially, our parents thought that we would separate and took a wait-and-see attitude. But in the first year, he met my family and I with him four years later, when we flew to his Homeland, in Angola.

All our environment knows that my husband and I are educated and kind people, and say that we were lucky to meet each other.

We had a modest wedding: we just signed because we had to draw up many documents. My husband was going to graduate school, and I was already in the second year of graduate school with a young son. So we decided not to hold the celebration.

About acquaintance and creating a family

I met my husband in 2008 when I was a second-year student at the Academy of K. A.Timiryazev. He was well versed in computers and helped everyone, so my friend recommended me to contact him when my laptop broke. He repaired it more than a week, in parallel inviting for a walk or go to the cinema.

We dated for almost seven years before we got married. Initially, our parents thought we would break up and took a wait-and-see attitude. But in the first year, he met my family, and I met his family four years later, when we flew to his homeland, in Angola.

All our environment knows we are educated and kind people, people say we were lucky to meet each other.

We had a modest wedding and just signed because we had to draw up a lot of documents. My husband was going to enter graduate school and I already was in the second year of graduate school with our young son. Therefore, we decided not to hold the celebration. 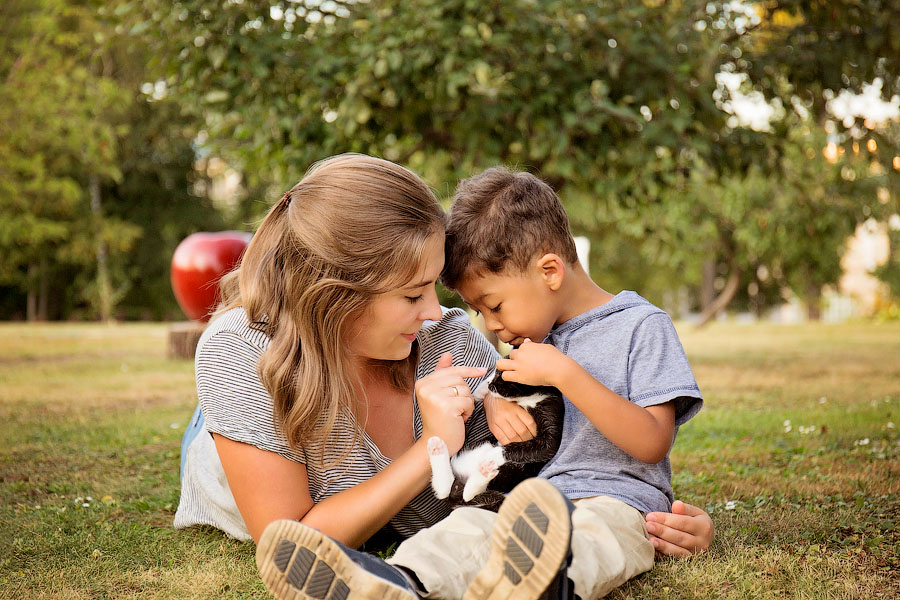 In Russia, people are more self-collected and in my husband's homeland, on the contrary, people are open and loud. In Russia, we greet a person once a day, and in Angola three times — in the morning, afternoon and evening. I also noticed that in Angola, people have problems with punctuality and come late, things are solved slowly.

In Russia, people are more self-collected and in my husband's homeland, on the contrary, people are open and loud 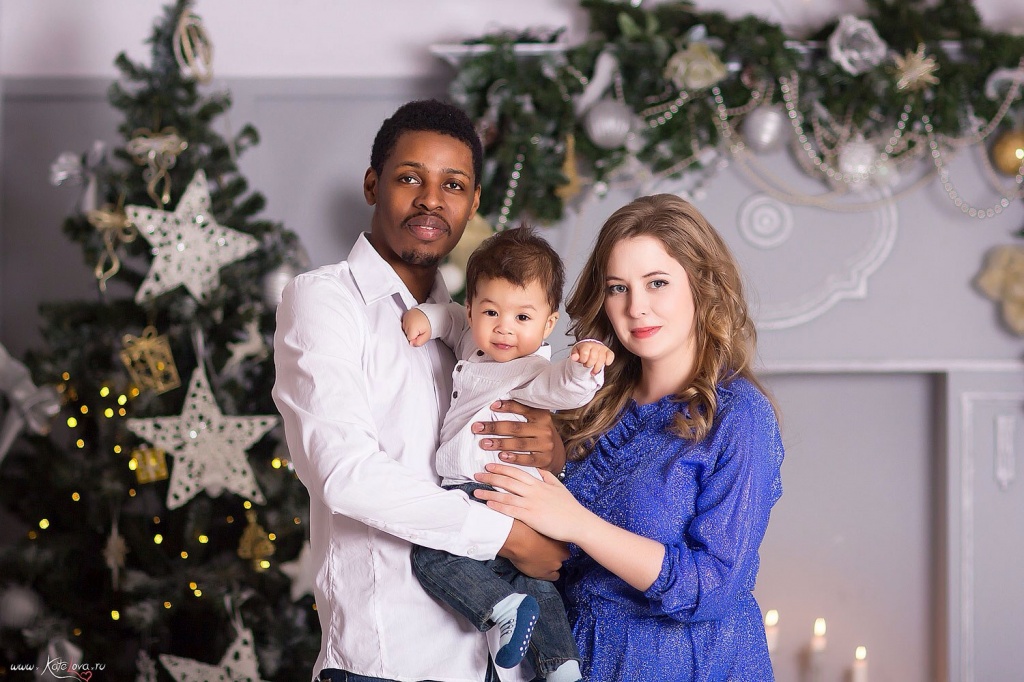 In family life, we celebrate all the holidays that take place in Russia — we cook Olivier salad for the New year, paint eggs for Easter, bake pancakes for Maslenitsa. We like to drink tea, although my husband used to be surprised that we drink so much tea. We love to walk with the whole family in the park or out of town.

Now, my son and I live in Vologda, while my husband at home in Angola gets a job and is preparing for our arrival. 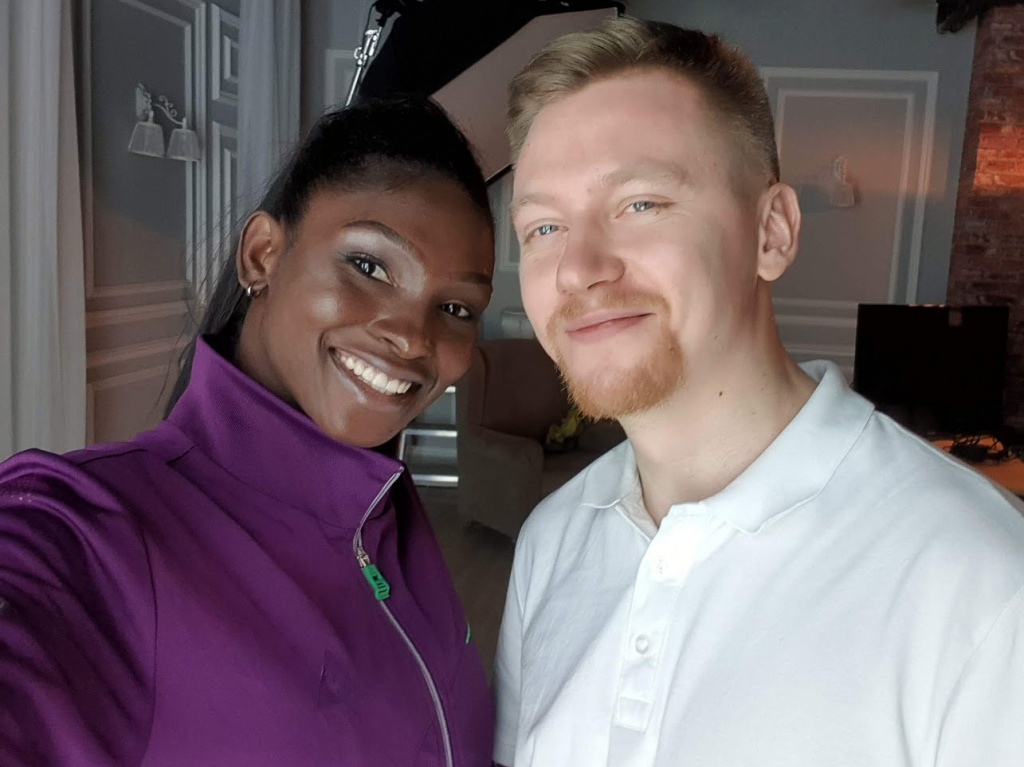 Dmitry. We met six years ago in St. Petersburg. I came for a few days on vacation and Ruth just got her degree in Economics at St. Petersburg University and walked in the Park before leaving home in Nigeria. I went out for a walk with a camera, saw the extraordinary beauty of the girl and began to secretly photograph her from afar. I wasn't planning to introduce myself to her, but at some point, she noticed me, smiled and waved at me. She has a very different mentality — Ruth is positive, open, so we talked.

Ruth. When I noticed that some young man was taking pictures of me, I was outraged why he was doing it without permission. I waved to him, and he apologized and asked permission to make some shots. He was polite and pleasant to talk to, and his English speech surprised me: never before this moment, I have not met a man living in Russia and fluent in English. This impressed me and I felt comfortable, as if at home in my country. That day we walked until late at night, talked a lot, and Dima took pictures of me endlessly.

Dmitry. It was love from the first sight, and she stayed in St. Petersburg for me. When my vacation ended, she waited for me for seven months, and at New Year we met again. I visited her every vacation, twice a year because at that time I could not move to St. Petersburg. It lasted five years until I quit. 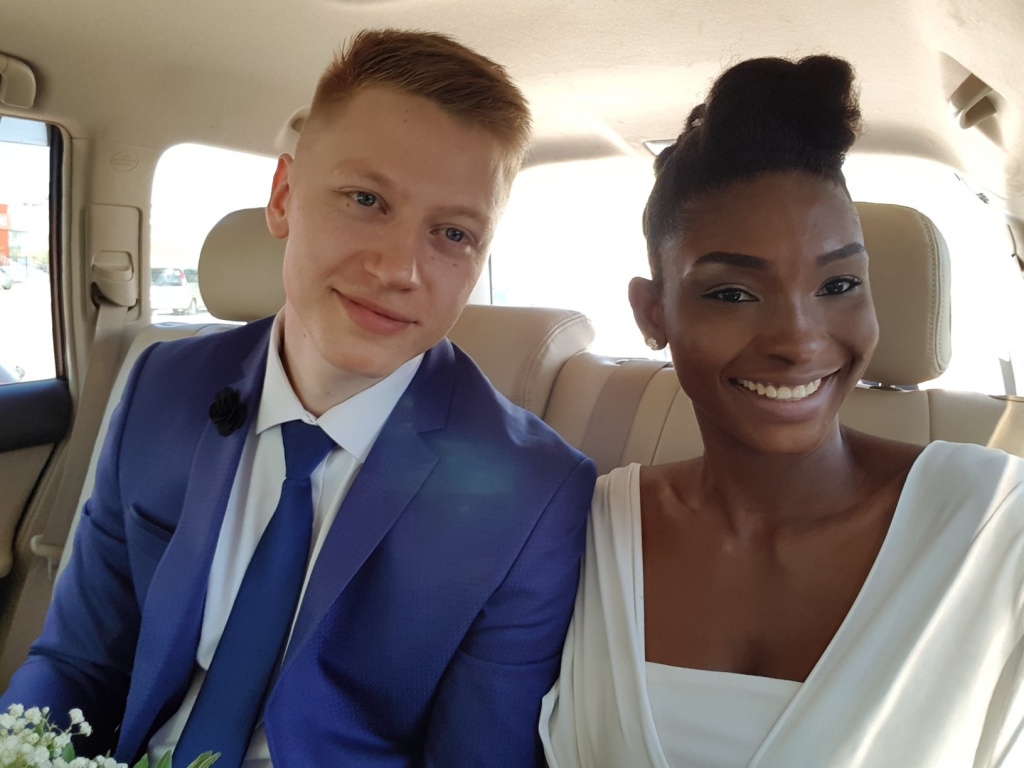 In February 2018, I flew to St. Petersburg to surprise her. I asked my best friend Vladimir to have a meeting with her and they went to a cafe, next to which was dancing Teddy bear. At some point, the bear got down on one knee and pulled out a box with a ring. We captured this moment on video.

A few days later I brought Ruth to Yakutsk without telling my parents. My parents are Soviet people, so it was a little difficult for them to accept such exotic girl as the daughter-in-law. But it went great. Ruth and my dad are best friends now. Mother loves her and says we're a pair of one boot. She claims that Ruth and I are the same, even outwardly. We really have a lot of similarities, the same goals and interests.

We really have a lot of similarities, the same goals and interests

Ruth. We have registered our relationship in Yakut. We decided to play a big wedding in St. Petersburg this year because everyone is convenient to meet everyone there. Now we send invitations, and it's difficult to do visa for everyone. I want to bring my mother and brothers to the wedding. The Nigerian wedding usually lasts a few days, and everyone is invited. 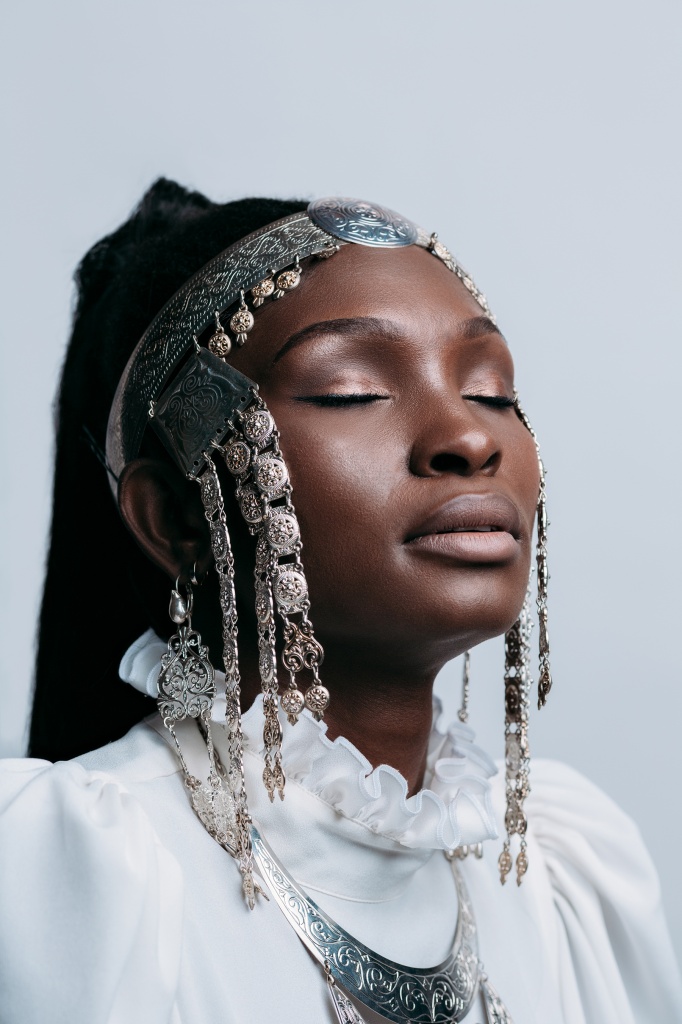 Dmitry. Now we live in Yakutsk, we are implementing several business projects. Ruth works in an international modelling agency, participates in shows and advertising shootings.

I haven't been to Nigeria yet, but we're planning this trip.

Dmitry. I like Ruth's fortitude, and she's a strong person, inspires me to live.

I like the way she cooks, experiments all the time. Recently she returned from Nigeria and brought two suitcases of fruit, spices. Ruth, not raw foodists, can't eat the steak, the meat, but loves the soup dumplings. In the shops, she surprised by the lack of fresh meat.

Ruth. I used to be freezing even in St. Petersburg. But recently I began to periodically fly to Nigeria on business and started to wonder how people can live in such heat. My inner temperature regime has changed completely.

Dmitry. Ruth and I used that everyone in Yakutsk turning around when we walk around the city. 99% of people look at her, the remaining percentage just turns around. A day at least ten people are asked to take a selfie. In St. Petersburg, the situation is slightly different because there are many foreign students and people are used to it.

But we do not feel the difference in mentality and culture, as we both are one hundred per cent cosmopolitan. 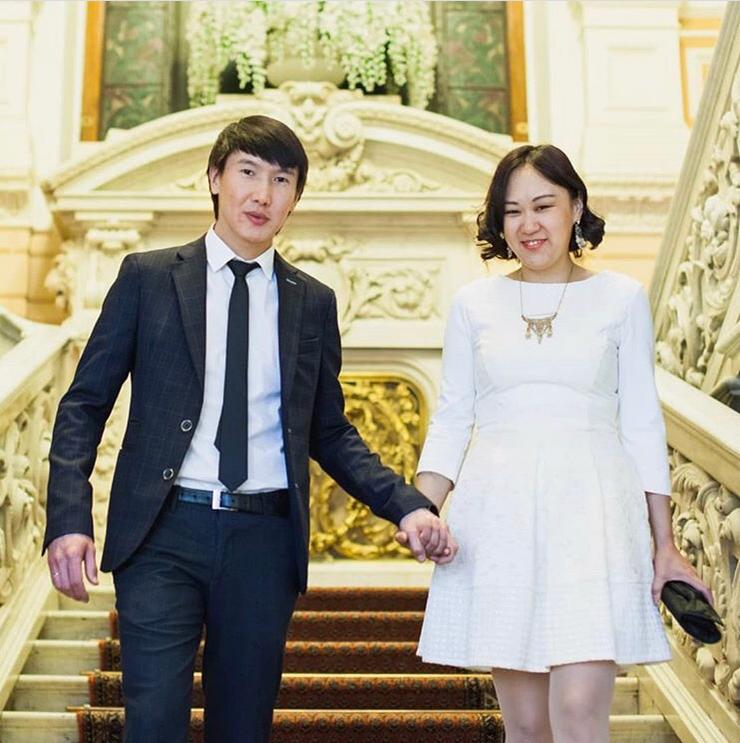 About acquaintance and creating a family

My family and I have been living in St. Petersburg for 16 years.

I met my husband almost ten years ago thanks to our mutual friends. At first, we did not feel sympathy for each other. We haven't seen for several years but met again at a friend's New Year party. And immediately decided to get married, a week later went to the registry office and signed.

We just registered our marriage. We had a wedding for friends six months later. 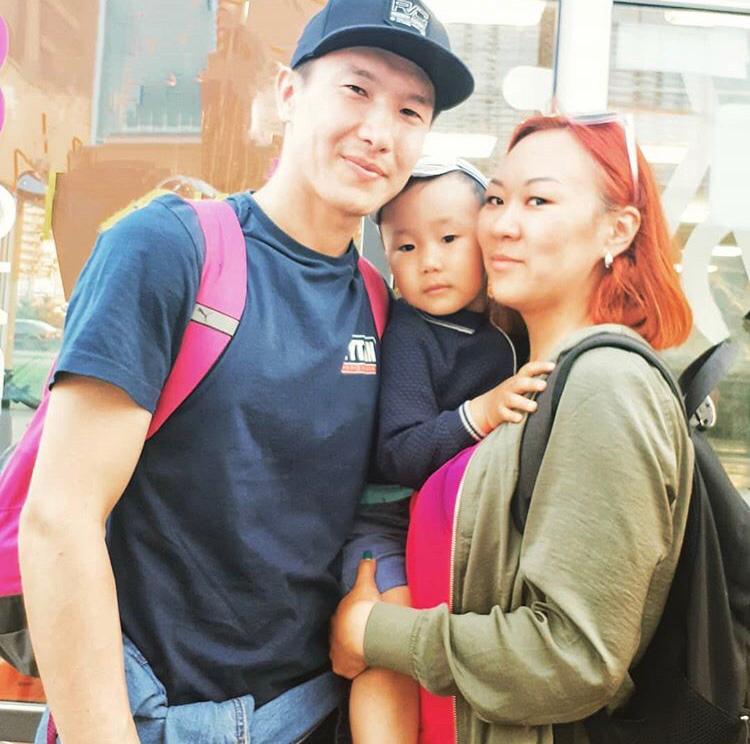 We have a different mentality. I grew up in the Russian-Yakut society and my husband in a Russian town but in a Muslim country.

We are both used to the usual Russian traditions

However, the relatives of the spouse were not very surprised by our marriage, as in their family there are many international couples. And my family was surprised because in our family only got married the representatives of our nationality or Russian.

We are both used to the usual Russian traditions. For example, we celebrate Christmas, paint eggs for Easter, even carolling at Christmas.