Living in Pakistan after Canada and Kuwait

Living in Pakistan after Canada and Kuwait 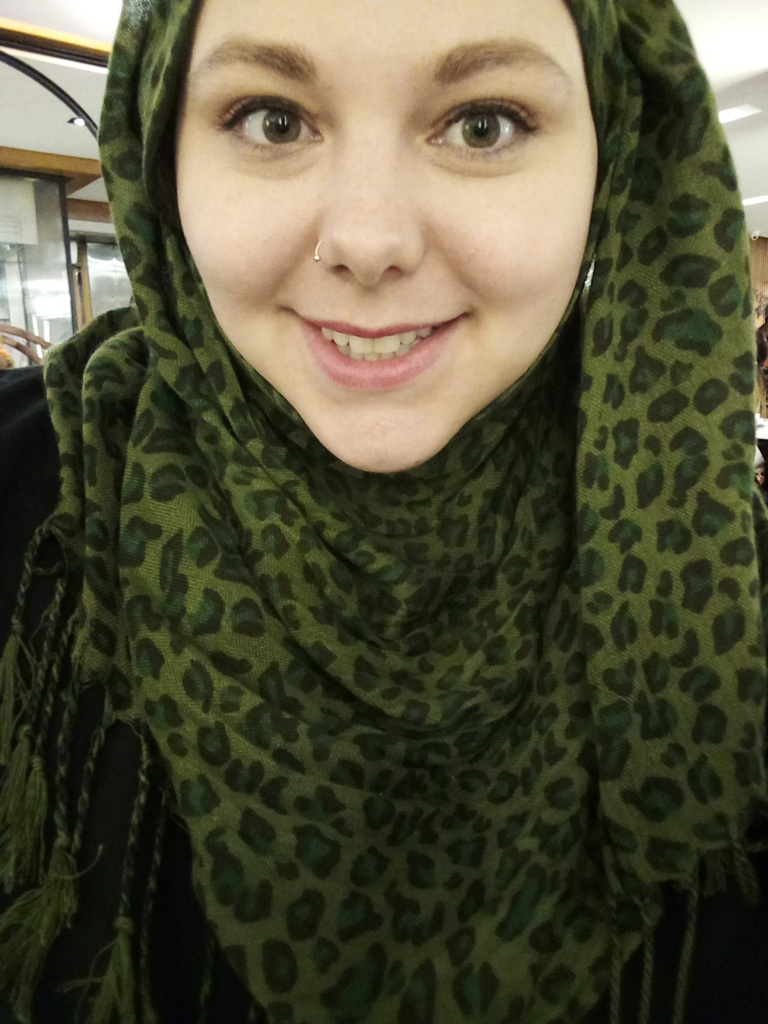 I am from Canada. I have a background in social work but I am currently a stay-at-home mom to two boys, aged three and five years old. We moved to Pakistan three years ago. My husband, who is Pakistani, wanted to pursue his PhD in Comparative Religions. We decided on Pakistan because of financial reasons, we thought that it would be more beneficial to study religion in a religious country rather than a secular one. We wanted our children to learn about their heritage, and we were excited about the experience of living in another country.


My first impression of Pakistan was that it was very hot. We arrived in the middle of summer. Compared to Canada, which has extremely cold winters, I had never experienced an extremely hot climate.


The hardest part in the beginning, besides adjusting to the heat, was a language barrier. I kept to myself a lot because I do not speak the language. I lost a lot of my independence because I had to rely on my husband to translate. It was also very lonely since I did not have any friends for a long time. 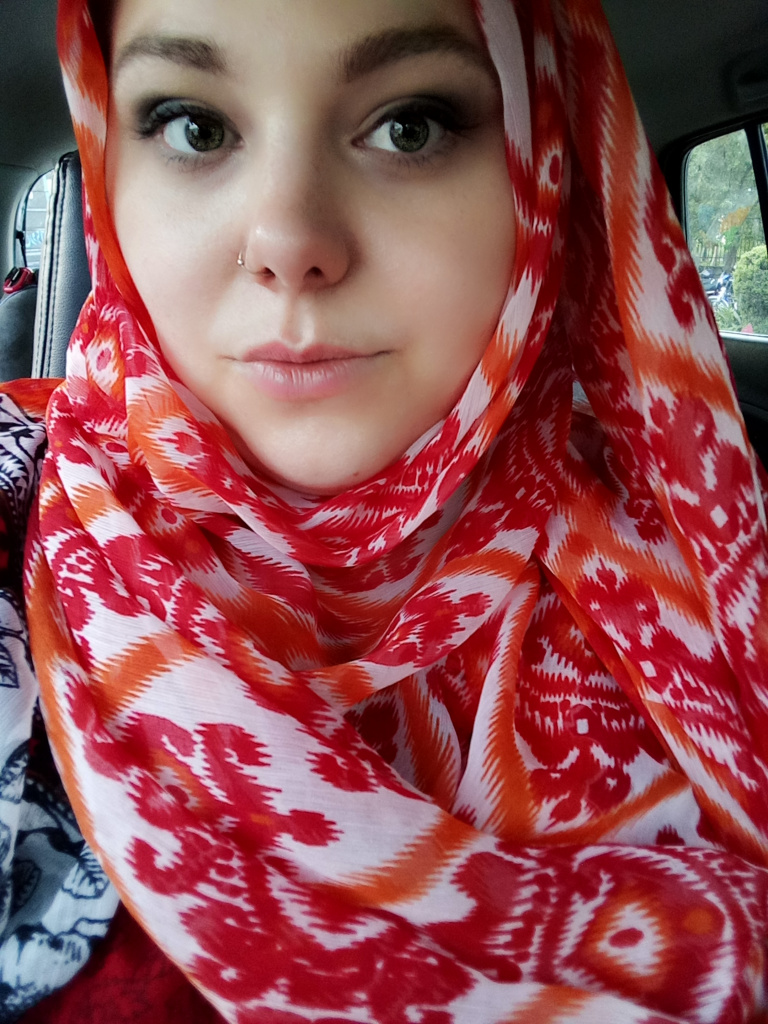 
Pakistan is a developing country so the infrastructure is, understandably, poor compared to Canada. In addition, Pakistan is not taken over by corporations like Canada. It seems like a disadvantage when you are used to a "drive-thru" culture but I think it is actually better not to have so much consumerism.

One thing that is very distressing is the lack of social support for people in poverty, disabled people, elderly, and even children. However, as a result, Pakistanis are extremely charitable to try and make up for what their Government lacks.


I think that Pakistanis and Canadians are similar in many ways that are also similar to people in other countries because humans have similar wants, needs, and values. Nothing sticks out to me in particular.


The way of living in Pakistan is different in a couple ways. First, I would say that the gap between different socioeconomic statuses is very visible. People in poverty live in destitute areas, almost exactly as you would imagine a developing country would look like. While the middle class seem to be very well, off for even Canadian standards. Compared to Canada, where the gap is less noticeable.

Pakistan also has a culture of servitude. Common people have domestic helpers, when you go shopping there are many employees for assistance. Compared to Canada, the culture is more individualistic. Most people cannot afford help in their homes and many things you are expected to do for yourself as carry your own groceries, pump your own petrol, and even cash out your own purchases. 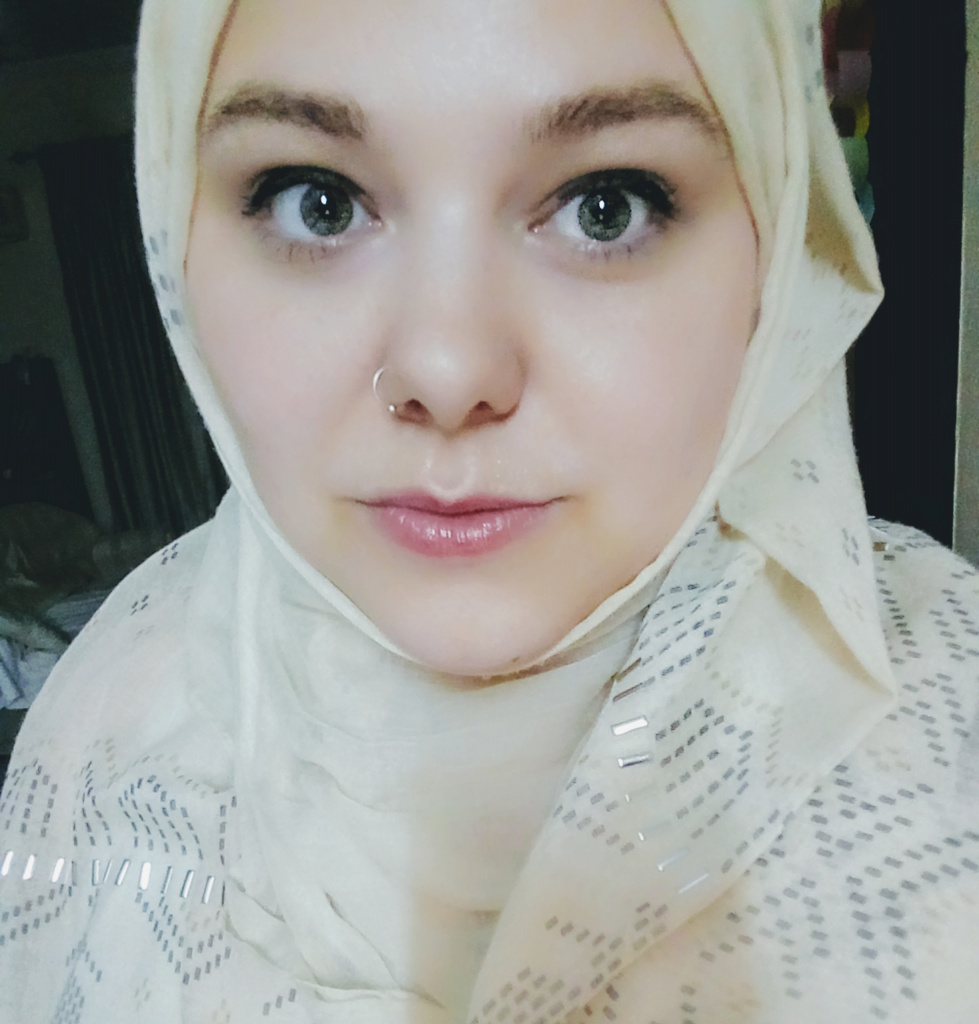 
I have made many friends here in Pakistan and it will be very difficult to say Goodbye when I got back to Canada.


We do not have any mountains in the province where I lived in Canada, so my first experience with mountains was here in Pakistan. The first time we tried to drive up to the lookout spot, my husband did not know how to accelerate fast enough to get up the steep sharp turns.

Every time he would try to accelerate, our car would start rolling quickly backwards. It was terrifying. We laugh about it now that we have been able to figure out how to drive to the top but I will never forget that experience, especially because the beauty of those mountains are beloved by us now. 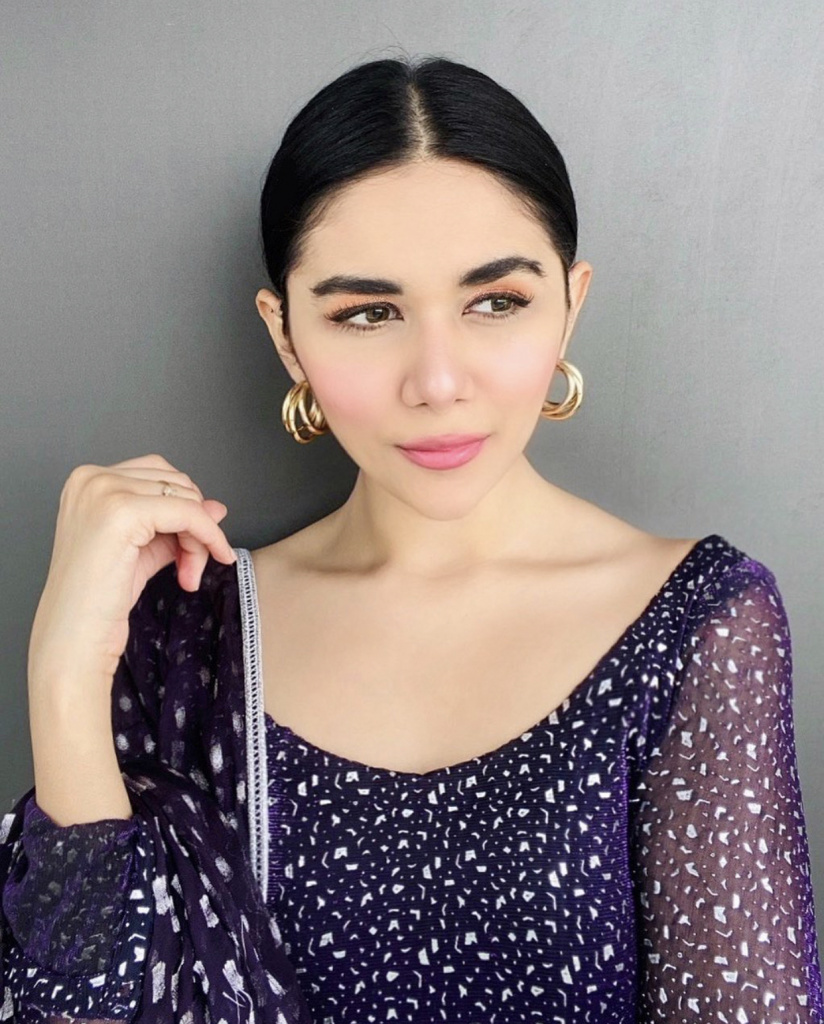 I am master’s graduate in Mass Communication. I am 27 years old and married. I am originally from Pakistan, Karachi. However, was born and brought up in Kuwait. I completed my schooling and college from Kuwait as well. I am a Journalist- turned PR person and now turned into a banker. I work for a bank in Dubai. Now I live in Dubai. I moved right after my wedding.


To be honest I was never a fan of Pakistan when I was living in Kuwait as we only visited Pakistan during summer vacations for three months only. And the fact that I come from a very small and quite family life hence I was never used to having so many people living under one roof. However, when I moved to Pakistan for my studies it was a completely different vibe. I found out such interesting things in Pakistan and found the country modern in so many ways. Slowly I started to love the idea of having people around me to extend that when I visited my parents back in Kuwait during my university break. I could not stay there for long as I was so used to all the noise and fun talks. It actually made me realize the love we get back in our country with the people we are surrounded by.


I did feel a couple of difficulties at first. I was not able to adjust at first and Pakistan is a modern and progressive country. There are some places where the mindset is still not so diverse. So struggled with the way people dress there and struggled in making friends as I was pretty naïve coming from abroad anyone could play me easily hence I learnt the hard way. 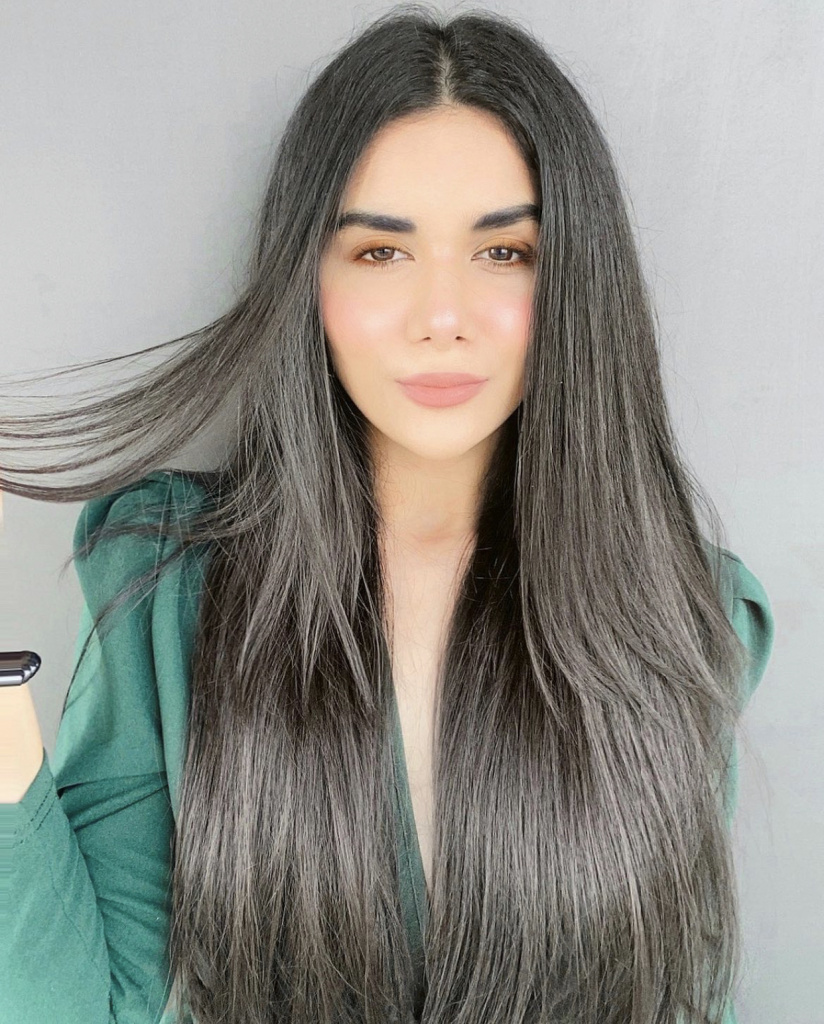 
Definitely, the infrastructure was different from the Middle East’s infrastructure. Karachi is a big city so coming to a big city and travelling there made me feel a bit lost. People’s behavior was good. The best thing I feel about living in Pakistan is that everything is accessible at any time you want. Plus, the street food there is to die for. I crave Pakistan’s food.


There are some similarities like EID and Bakra Eid we all celebrate it in the same way and traditions.


People of Pakistan are extremely down to earth. They are the best people to be with. They are so helpful in so many ways. Everyone in Pakistan has a different lifestyle. Some sleep until noon and stay up all night. Whereas some are early risers. One thing common in all is that we all are foodies and we love celebrating every event possible. 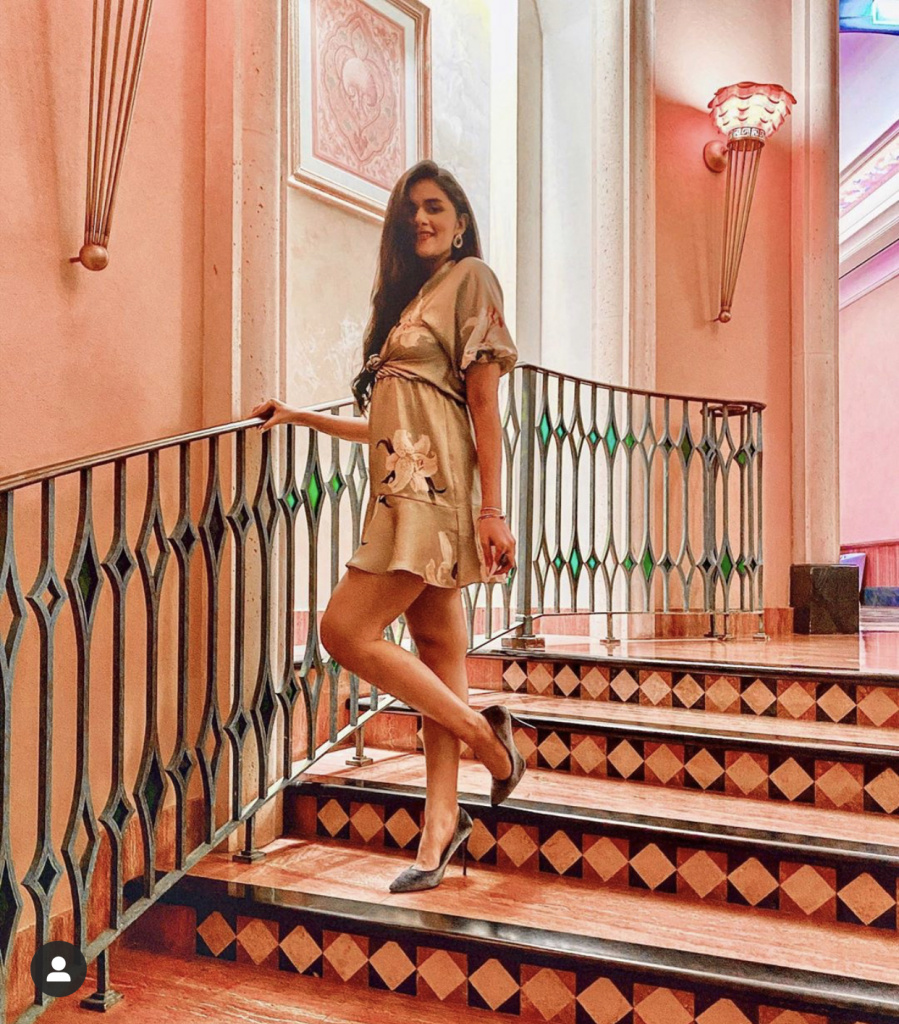 
The love that I get from Pakistan is unexplainable. Once you visit Pakistan, your entire perception will change about every wrong thing you ever thought about the country. I love the food, the culture, and weddings.


I will give you an example of how good people treat you there. I was driving on the main road with my sister and I wanted to change the song so I was hooked to my phone and lost the sight of the road and the car ahead of me. Guess what the next second I got bumped in the poor guy’s car. I was clearly on fault but the guy came out of his car he checked the damage and trust me the damage was a lot. But he actually let me go without even charging the expenses for the damage and did not even call the police. He let us go because he was sweet enough to let us go. This actually made me realize how selfless can people here be.

8280
Photographer from Australia about youth in Kazakhstan

1531
Malaysians in Kazakhstan on why Astana is Asian New York