KAZAKHSTANI ABOUT MARRYING A FOREIGNER: THE ADVANTAGE OF INTERNATIONAL MARRIAGES

KAZAKHSTANI ABOUT MARRYING A FOREIGNER: THE ADVANTAGE OF INTERNATIONAL MARRIAGES 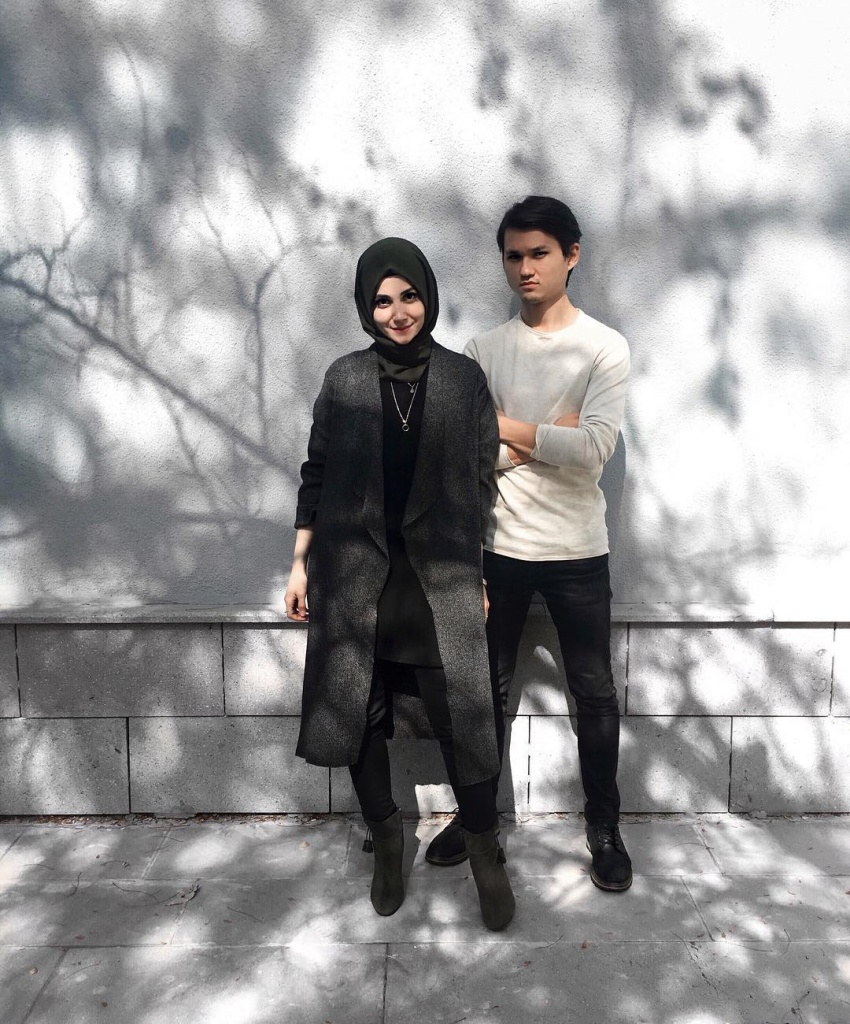 I came to Turkey in 2010 to enter the university. I met my future wife there, we studied in one department, only she was a year younger. We got acquainted when she added me as a friend on Facebook. Then we saw each other at the university and became friends.

I did not think that I was going to marry a foreigner. I was planning to come back home after the graduation and work in Kazakhstan, and then have my own family. However, my plans changed: we were friends, then became closer to each other. I was in my senior year, when my mom encouraged me to consider my relationship more seriously.

And then I decided that if I have a person, who understands me and with whom I feel good, then there is no need to find anyone else. Six months later, I let her know that my intentions are serious.

When I just came to Turkey, I was against having a family there. But now I understand that it does not matter what nation you are — the most important is to love and understand each other. During my study I was traveling a lot, I went to the States, Europe, Egypt. When you learn more about other countries and cultures, you no longer pay attention to one’s nationality but to the other important things.

I work in Turkey, my wife and I both study. My wife is doing housework. I love Turkish cuisine, but the Kazakh one is closer to me, that’s why my wife is cooking both. The Turks do not eat horse meat, and I have to bring it from Kazakhstan. But my wife, like a true Kazakh, loves dishes made of horse meat and especially kumys. 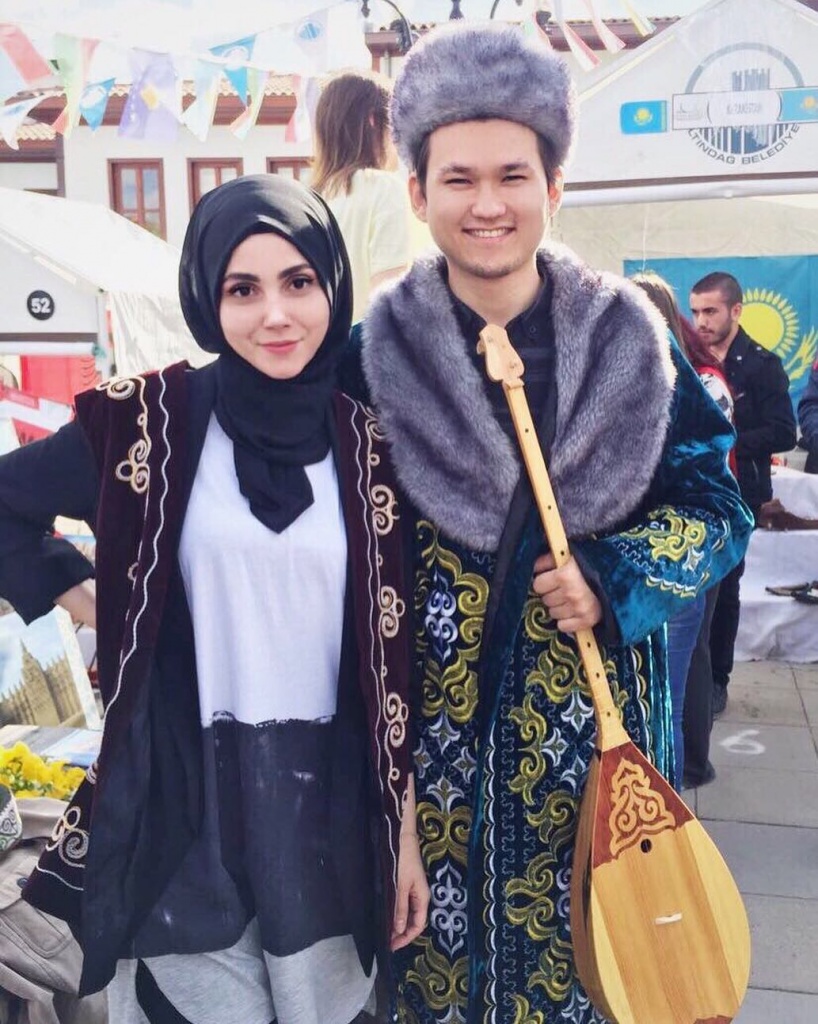 Our nations have traditions, which are unusual either to me or to my wife. But we do not argue about this, and solve everything peacefully, putting priorities. For instance, the Turks have a tradition of kissing the elder’s hand, especially during the holidays. It was strange to me because we don’t have such a tradition in our culture, and her family accepted this fact. At the same time, Kazakhs have a tradition “salem beru”: I made it clear that this is important to me and she learned how to do this. My wife is gradually learning Kazakh and wants to learn Russian as well.

There is not a big difference between Kazakh and Turkish cultures, our languages are similar, we have the same religion. The only thing is that the Soviet Union influenced a lot on our culture, while Turkey was influenced by the Arab world and Europe. This can be observed in the most unexpected moments. For example, in Turkey, cousins can marry each other. It is strange to us since we have a tradition “zheti ata.”

Also, the Turks are very jealous.

When we start thinking about children, we want to come to a compromise. For example, we will give our children the names that have a special meaning both in Kazakh and in Turkish. We try to take the best things from both cultures. The most important thing is that our children will know that they are both Kazakh and Turk, and that they will respect both cultures.

I think that there are a lot of advantages in the international marriage. You learn to understand and accept other people.

Currently, we are planning to live in Turkey. But anyway in the future we will come to Kazakhstan because it is my homeland. 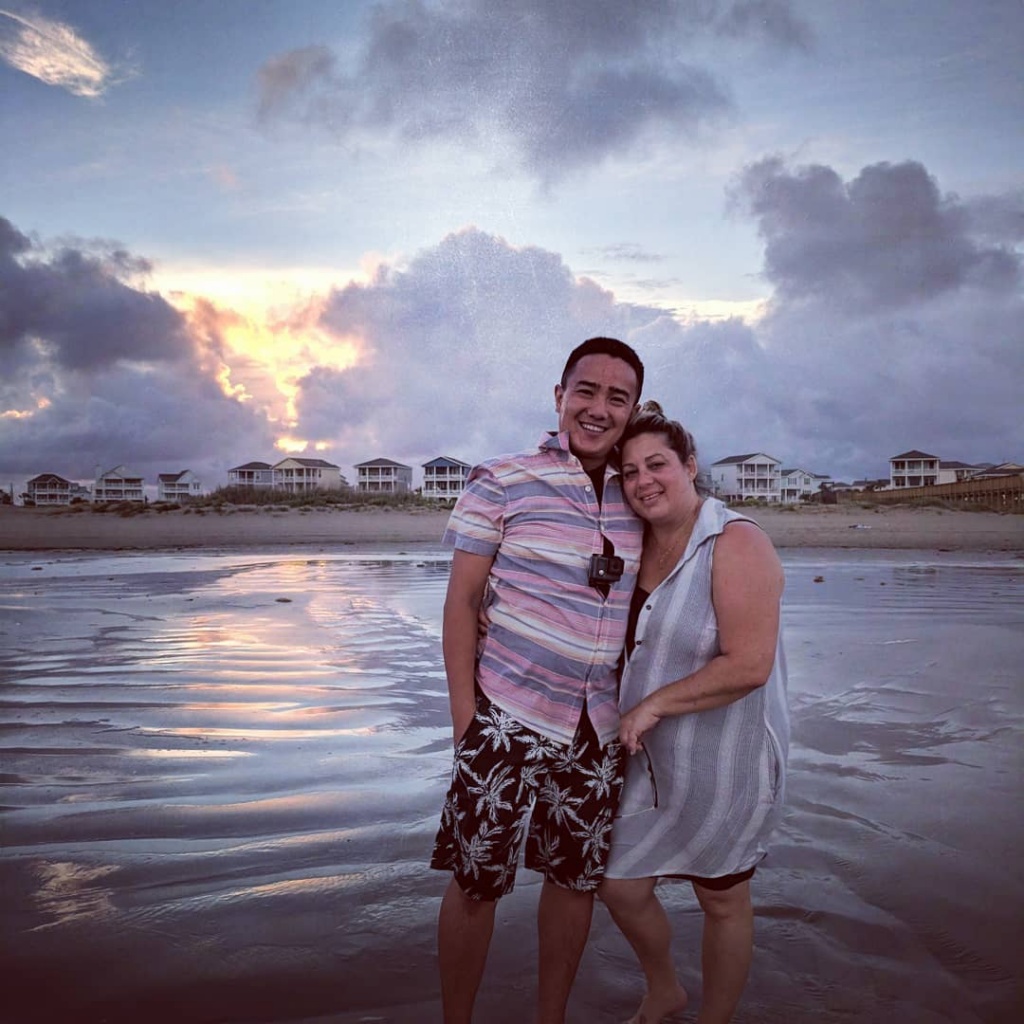 I moved to the US in 2006 at the age of 18. I did not plan to stay there for a long time, I simply wanted to spend a summer in the US. But I liked it, so I decided to graduate in the States. I wanted to control my life and I did not want to depend on my parents. In America, I could study and at the same time make good money, in this way helping my parents. In 2007 I was earning approximately 3,500 $.

I entered the university and moved to the States. After the graduation, I was offered a job in a dealership. They needed people who can help with car sales and the arrangement of organizational structure. There I met my wife Stephanie. She came to us as a client, we got acquainted, exchanged phone numbers. Since I was holding oraza, I called her only two weeks later. She laughed at me that I was waiting for so long. At the meeting, in front of the restaurant, she didn’t recognize me and passed me by. It turned out she did not remember me as an Asian, she didn’t even think about it.

She was a wonderful person and we started dating. I did not think that we will be a family. Although, I understood that everything was serious. My dad told me that you should choose a wife that supports you. And I felt such strength in her. With Stephanie I had a sense that we are equal and speak the same language.

We were dating, and then I suddenly found out that my father died. I packed my things and flew home the next day. While I was at home, Stephanie and I kept in touch and supported each other. We decided that she could come to Kazakhstan to meet my family. I remember that she was shocked when went by train from Almaty to Taraz. When she met my relatives, none of them knew English, and I was translating everything. As a result, my family was fascinated with her. She behaved properly, helped my mother and sister.

After that, I got a job in Almaty. And when she came to me for the second time, I decided to propose to her. My mom supported me in this decision. This is how our family was created.

Of course, there are many differences between us. She was born in California, in a big house with a swimming pool, her dad is a successful entrepreneur, her mother is always at home. There are four children in their family, we also have four children, but the picture is completely different. Our pool is a small river in the village. And there are a lot of such differences, but it does not matter, what matters is our purposes. We have more common and similar goals, and this unites us. For example, we want our son Musa to be a president and even more, we want to raise him properly. 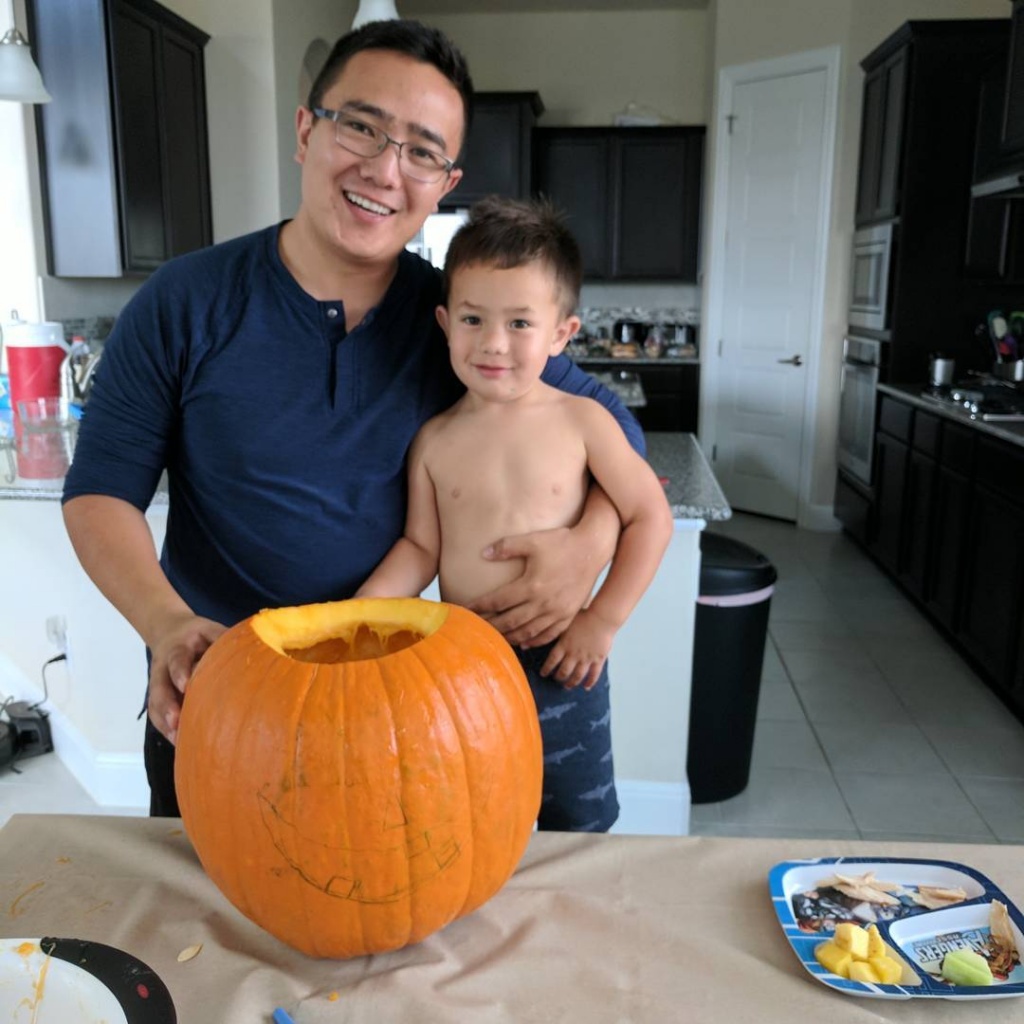 Our son will soon turn four. When he was born, his grandmother from South America looked after him, and he began to understand a little Spanish. Then we sent him to a good school, where he is taught how to count and to read. Now my son is speaking only English. But I think that a person can learn a new language at any time. I do not know what he will choose in the future: maybe it will be Russian, maybe Chinese, or maybe Kazakh. I do not want to decide for him.

Honestly, we are both not very traditional people. My wife is Jewish by birth, her parents emigrated to the United States at the end of the 19th century from Belarus and Russia. And despite the fact that her parents are traditional, she is not like that. And I am the same. We can just go to a restaurant to celebrate Nauryz, for example. Or if I say that today is some special day, she will ask what she can cook, she will find a recipe and will try to do it.

We both like to work and we do not think that we have different cultures or mentality. We know each other well and try to support each other. I think that being in an international marriage has many advantages, you understand how other people live, your life perspectives become broader. We accept each other's views because everyone has a reason to behave in this or that way.

I do not really care where I live. I live where I feel comfortable at current moment. Perhaps, in the future, I will return to Kazakhstan, but now we are planning to move closer to the ocean. 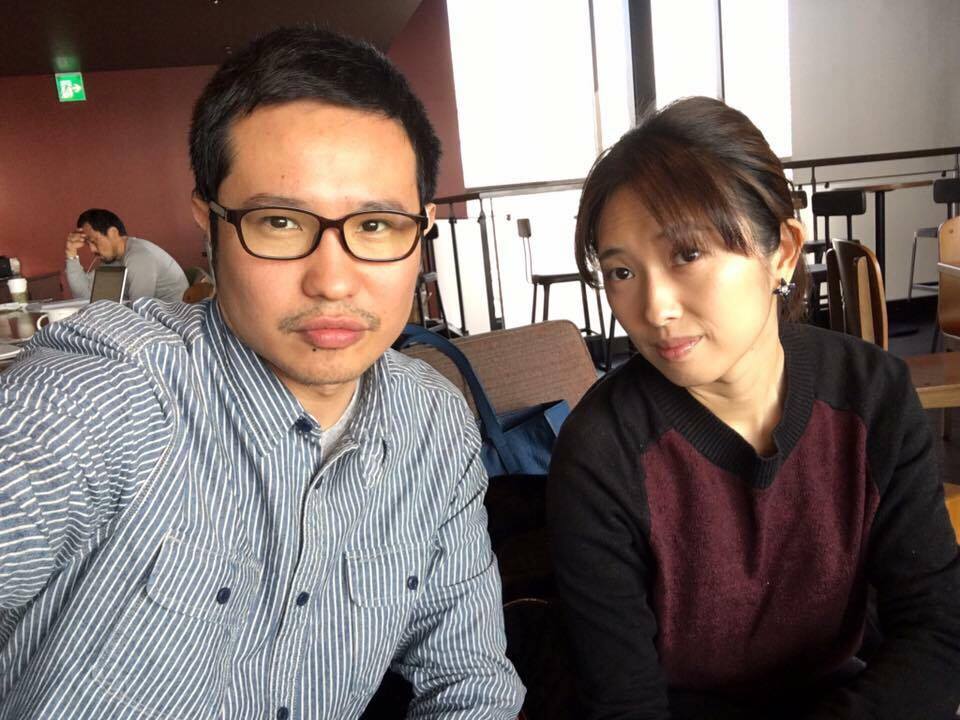 I studied in China, and my future wife was my classmate. It happened that we started to chat, but I did not even think that I was going to connect my life with this girl. But gradually our chatting was growing into a serious relationship.

We got along, were friends and, after the graduation, I left for Kazakhstan because I was offered a job. While I was living in Astana, we continued to keep in touch. I came to China, she was visiting me, and for some time we managed to stay in touch on a distance.

Finally, we decided that we can create a family. At the same time, our families were against the international marriage. My parents put up with this only a couple of years ago. They worried that Japanese is a completely different culture and traditions. My mother did not understand how we would raise children as she worried that they would not know their roots. But I believe in fate and could not resist it.

I'm an orientalist and studied the culture of China and Japan, however, I have never thought about moving to one of these countries. In the beginning, I had a culture shock, everything was so different there. In Japan, it is not acceptable to be familiar, everyone has a personal space. The Japanese are hospitable and value freedom. Also, the Japanese do not hurry to start families, they usually get married after 30 and have one or two children. For the time I’ve been living there I noticed that there are more foreigners in Japan now. Therefore, I do not think that my case is unique. Japanese treat international marriages as a normal practice.

Living in Japan is difficult because there is a completely different culture. It is hard to understand the psychology of people in Japan, even to Asians. But I think that if you live in another country, then you should respect other people's standards and traditions.

In our family, we combine Japanese and Kazakh traditions and celebrate national holidays. My wife is responsible for the nutrition, she is doing this better. She is Japanese and cares about our menu because Japanese love healthy food.

I must admit that 80% of the upbringing comes from a mother. But I try to raise my children just like my father. My children know the tradition “zheti ata,” they know where their homeland is. They speak Kazakh, Japanese, Chinese and English. My wife and I had no difficulties and misunderstandings related to culture. We live in harmony.

I am noticing that Kazakhstanis are striving to go abroad, they want to change their place of residence. I do not blame anyone and do not have the right to do so because I am the emigrant myself. However, I did not plan to live in Japan, it was my fate. Despite the fact that I live in another country, I try to contribute to the life of Kazakhstan. My business partners and I opened a quail farm that is still working.