KAZAKHS ON THEIR LIFE IN NEW ZEALAND, AUSTRALIA, AND THE HAWAII ISLANDS

KAZAKHS ON THEIR LIFE IN NEW ZEALAND, AUSTRALIA, AND THE HAWAII ISLANDS

Diana Edgei, 18, hometown — Almaty, a student of the University of Auckland, Biomedical Science 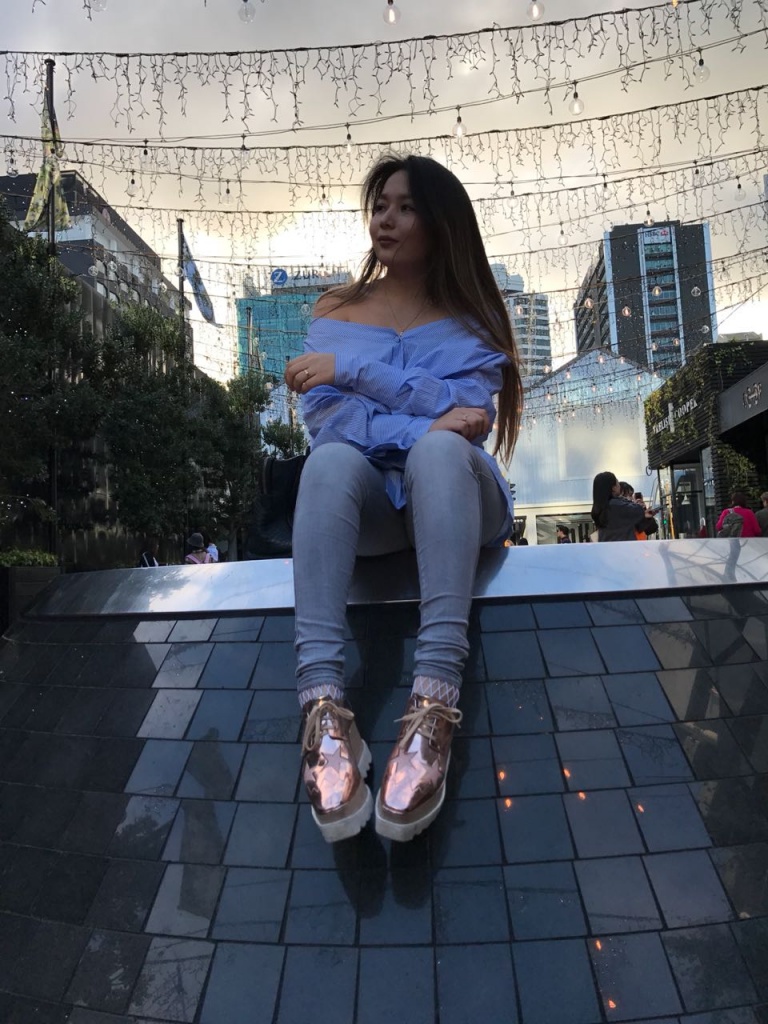 I moved to New Zealand 2 years ago when I was 16 years old. To be honest, it happened by accident. I spent a long time looking for agents who would help me move to the US, but I was told that there are good universities in New Zealand as well. At that time, I had just finished 10th grade and realized that I can move without losing a year and do not have to finish 11th grade. I wanted to study to become a doctor and get an education in science, so I decided that saving a couple of years would be better than going to the USA and losing four years.

Deciding to move was difficult. It took a few months. I was worried, because this is a completely different country on the other end of the world, and I was only 16 years old. However, I always wanted to be a specialist in neuroscience, so I knew that I would study abroad. My parents accepted it even faster than me, although it was difficult for them to let their child live that far away. 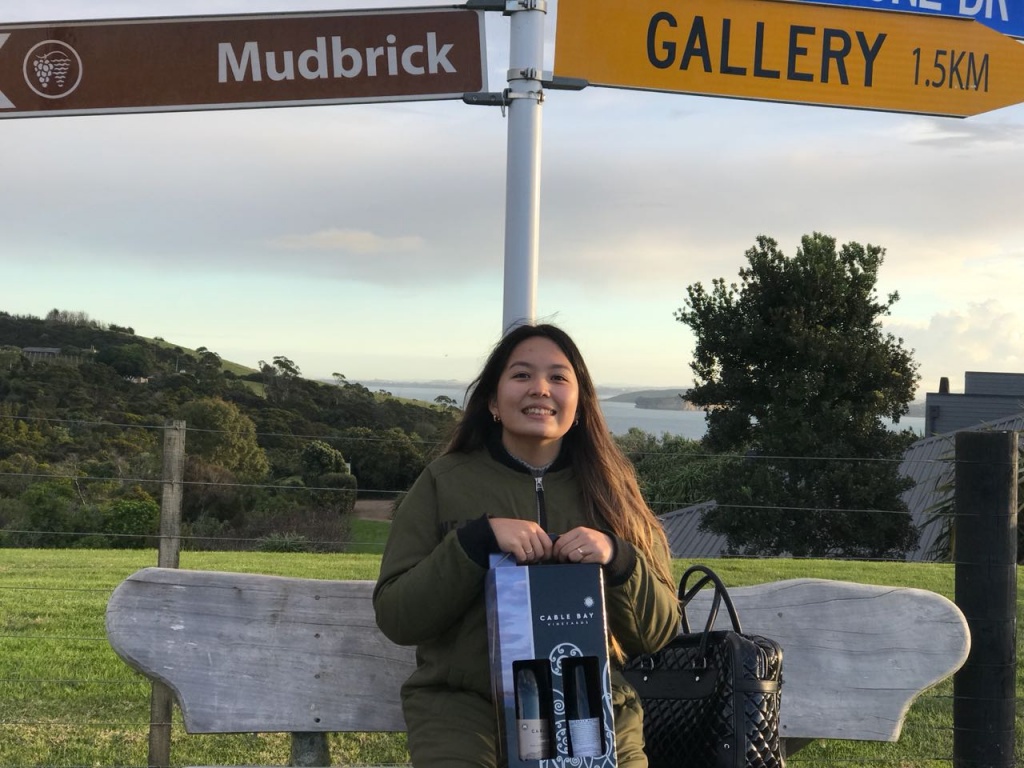 I had to spend six months in a specialized school to enter the university. Since I was a minor, at first I had to live with HomeStay. For various reasons, I had to change three houses in six months, and it was hard. Initially, I was unhappy with the constant references to "Borat", but then I began to treat things with humor.

On life in New Zealand

I fully learned the peculiarities of life in New Zealand, when I graduated from college and moved to a flat. Most New Zealanders do not like the city and prefer to live in the suburbs. The main part of the university campus is in the city, and local students are forced to do their homework on trains, buses and even on boats. Sometimes it is easier and cheaper to get from one part of the city to another by boat.

People here are kind, open, they smile a lot and are always happy to meet new people. They are not indifferent to what they do and do not judge anyone. There are many people of different nationalities from India, China, and the United Arab Emirates. People prefer to relax and spend time at home, they invite guests to their places rather than go out. If it is sunny, they can just leave work to go fishing.

The only similarity with Kazakhstan is that there are lots of nationalities in one country. In everything else, life is very different here. When I am in Kazakhstan and in New Zealand — it's like two different lives. 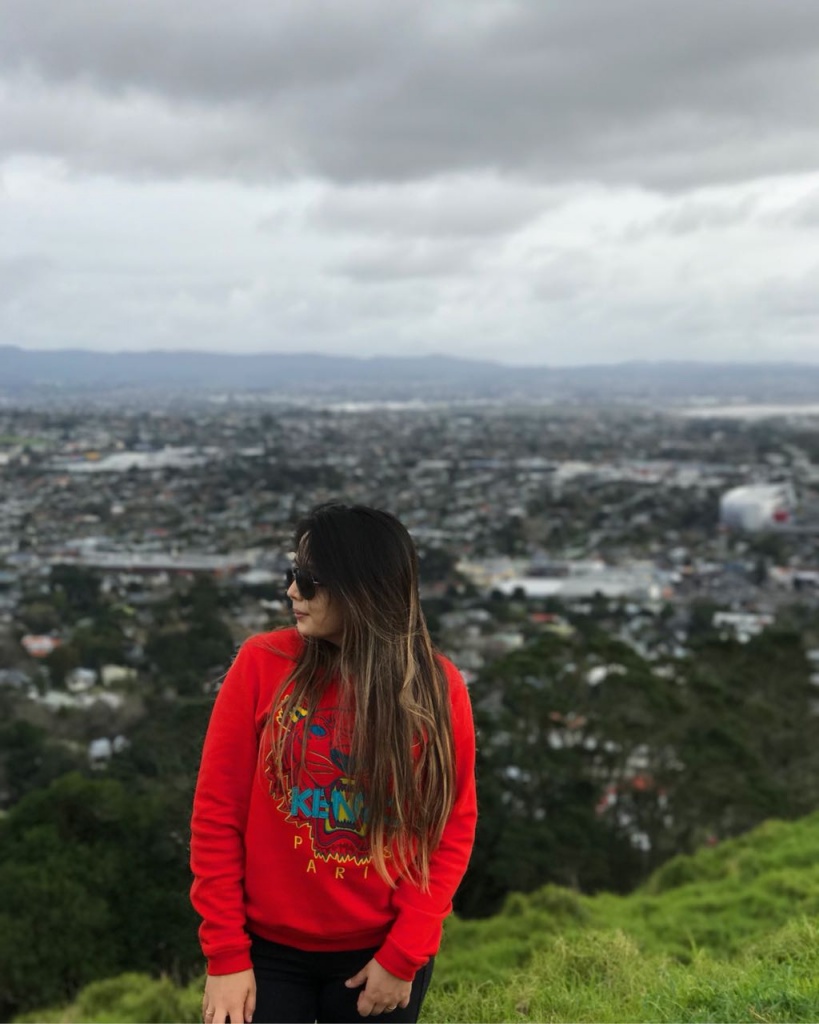 Culture in New Zealand is interesting. There are Kiwi and Maori people. Kiwis are English, who have moved here and have lived here for generations. Maori is an indigenous people. Many say that Maori is aggressive and are not used to working. Now in New Zealand, many people are unemployed. Maori have tattoos that mean a lot to them and symbolize some moments of their lives. At the same time, people here are similar to the English but somewhat Americanized. They are more open to communication, they like new things.

Due to the fact that New Zealand is a small country, there is a shortage of housing. There are many homeless people, but here the poor are care for and I like it.

They also look after wildlife, therefore, foreign plants or animals are prohibited since this can affect the nature of New Zealand. There is a special island where you can observe the birds of New Zealand.

Another interesting thing is that, compared to other countries, New Zealand does not have a national cuisine. They mainly eat Asian food and lamb.

How the country has changed

It seems to me that my worldview has always been closer to New Zealanders rather than to Kazakhstanis. The people I know at home often notice that I have become different and have a different perspective on many things. When one lives away from her parents and especially this far, she becomes conscious of responsibility and opportunities.

I come home once a year because I miss my family and friends. In fact, the flight home is expensive and lengthy. I fly to Hong Kong for about 13 hours, and the trip to Almaty lasts for another 6 hours.

I consider New Zealand a second home. My relatives are positive about the fact that I am here, they know that I have a goal and they support me.

I plan to get a diploma and start studying medicine either here or in the US. I want to become a professor. Here the doctors are much more valued and well-paid than in Kazakhstan. 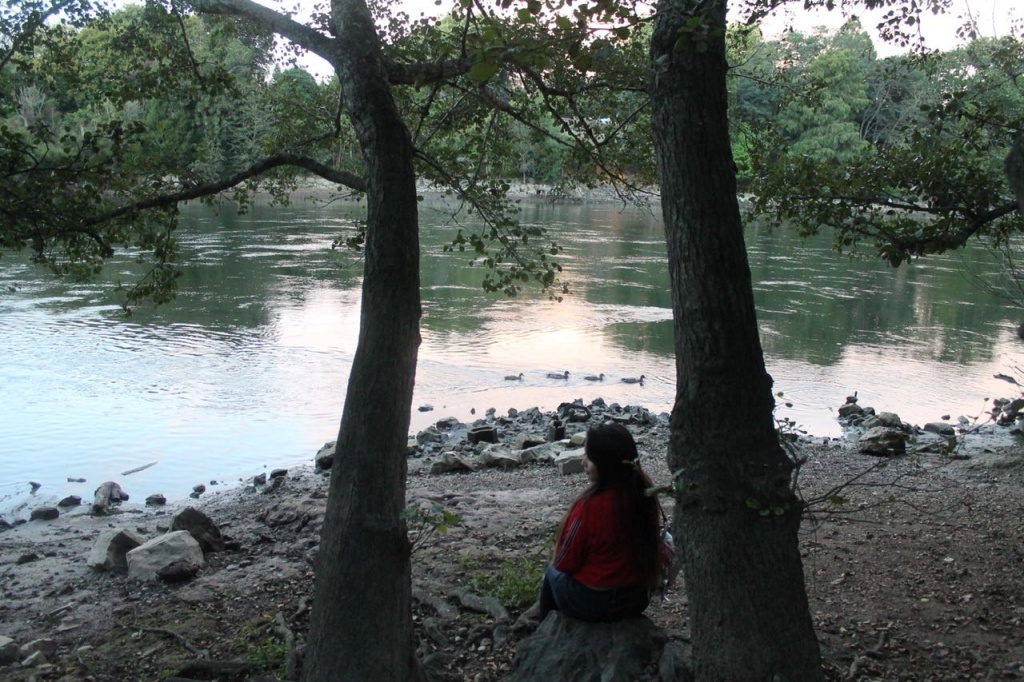 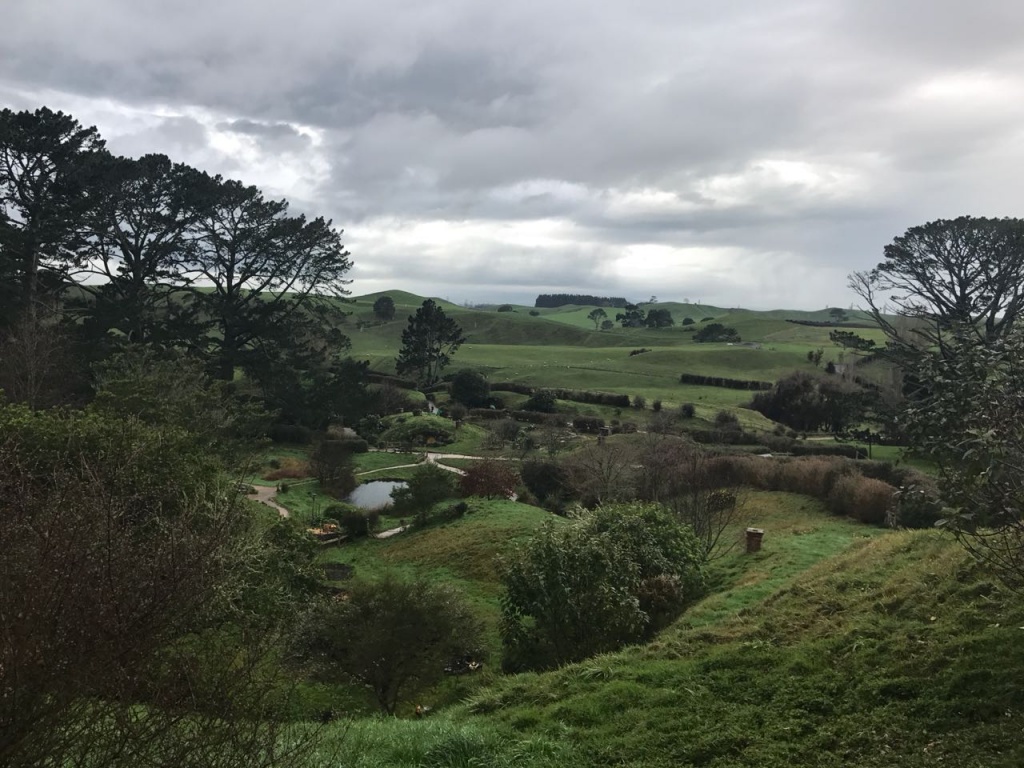 Eldos, 27, hometown — Talgar, a student at the Hawaii State University 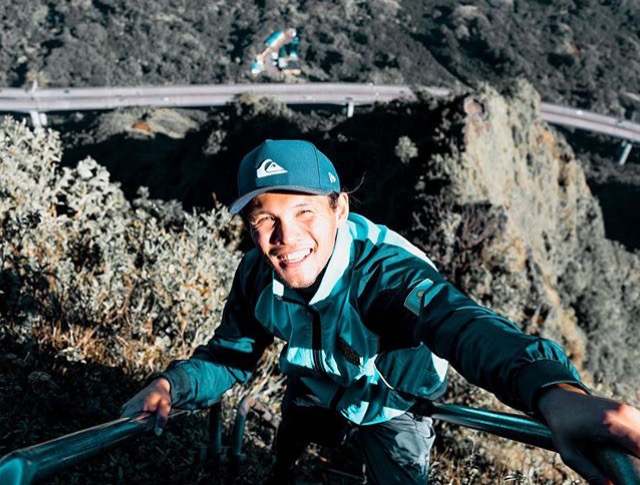 At the time of my first trip to the US, I was 24 years old. I was a boy who wanted to see the world and test myself for strength. I sincerely believe that the way will open to the person if he believes in himself.

In Kazakhstan, I studied economics at the Almaty State University and at the same time I worked as an administrator of a hotel complex, which was located on the outskirts of the city. The salary and working conditions were good, but I felt that I have to test myself and move on. I am sure that the world should not be limited to one job, one country or one profession. A person finds himself in the world through experience, trials, and difficulties.

For many, this may be strange, but as soon as I feel stable, it starts to annoy me. I think life is short. Yesterday we had our first day at school, today we are 25, then in the blink of an eye, you turn 70. So I decided to leave everything and go overseas. 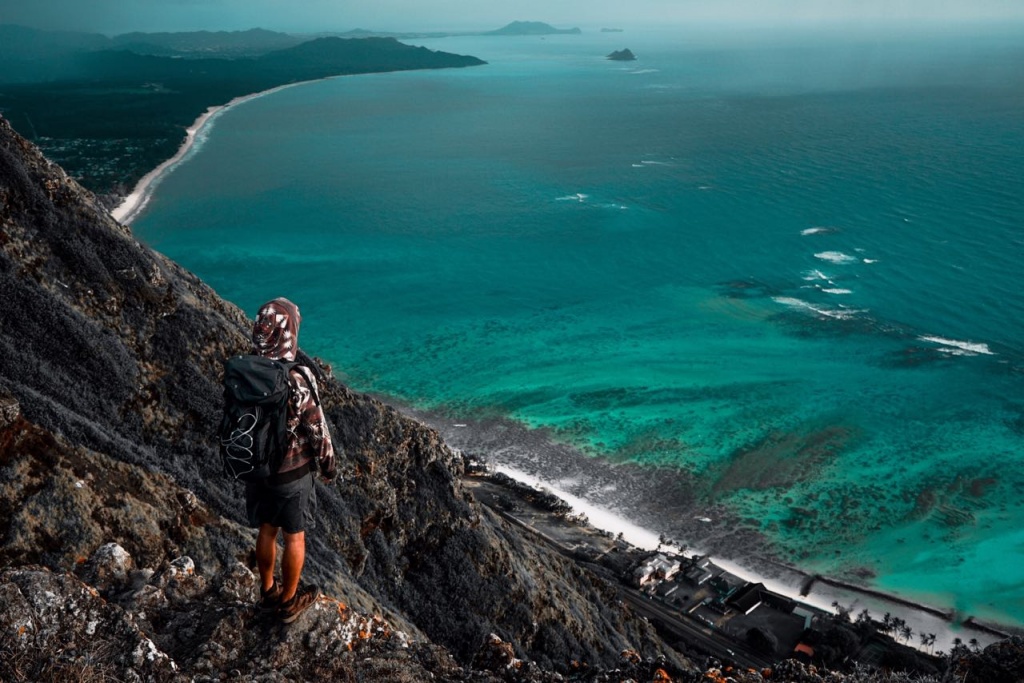 The first year of traveling across the states passed quickly, like the rest of six years. During this short period, I lived in ten different states, learned a lot about American culture, their way of life, improved my English, gained some life experience and eventually moved to the Hawaiian Islands. Now I live here and study at the local university.

I had some savings, a ticket for the plane and the fear of the unknown. It was my first flight on an airplane, and in general, the first time I left my homeland. Even my level of English was very low. In fact, I just flew to nowhere, and it was an incredible feeling.

About life in Hawaii

It has been more than a year since I moved to the most beautiful archipelago in the Pacific Ocean. My love for this place grows exponentially. I am grateful for the time that I had here and the people who surround me. 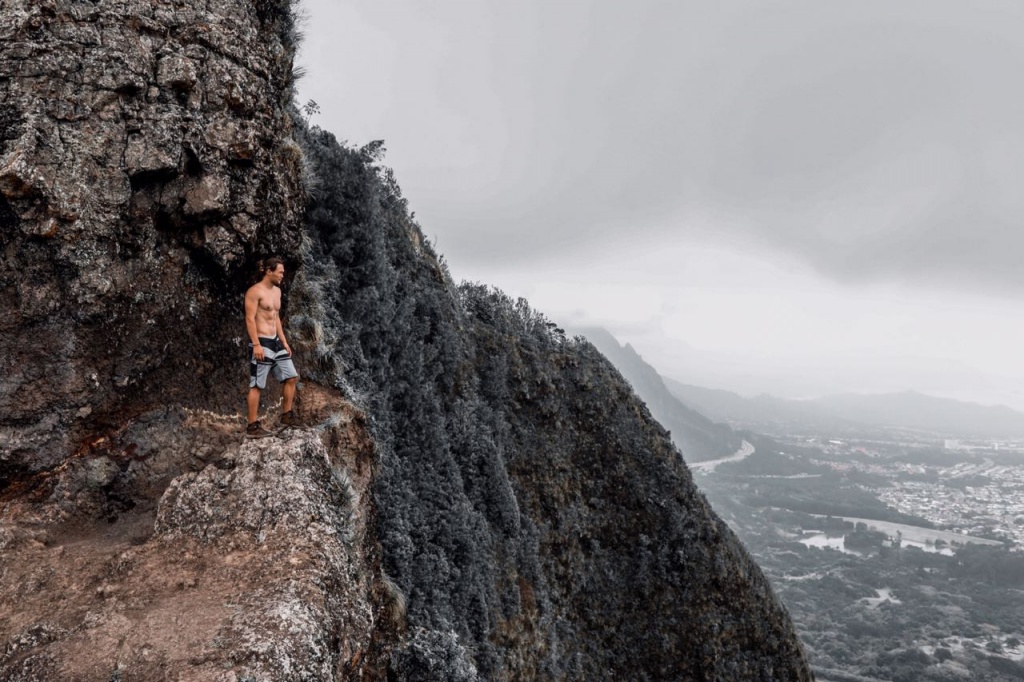 I live in the most densely populated island of Oahu, in the city of Honolulu. I study hotel business at the Hawaii State University. I am also learning other foreign languages. The standard of living here can be compared with New York. Expenditure on rental housing, transport, and daily expenses are approximately the same.

Hawaii is the 50th state that joined the United States. The Hawaiian Islands are rightly considered to be paradise on earth. Friendly locals, beautiful sunsets, clean sand and an endless ocean. The biggest impact on me was the energy of the Hawaiian Islands. I believe that the earth is a living organism and it has 13 energy chakras. So, the element of fire is on the island of Maui, the crater of Haleakala. It is difficult to describe it in words, but my outlook, views on certain things in life, values, and goals have changed after moving to Hawaii. 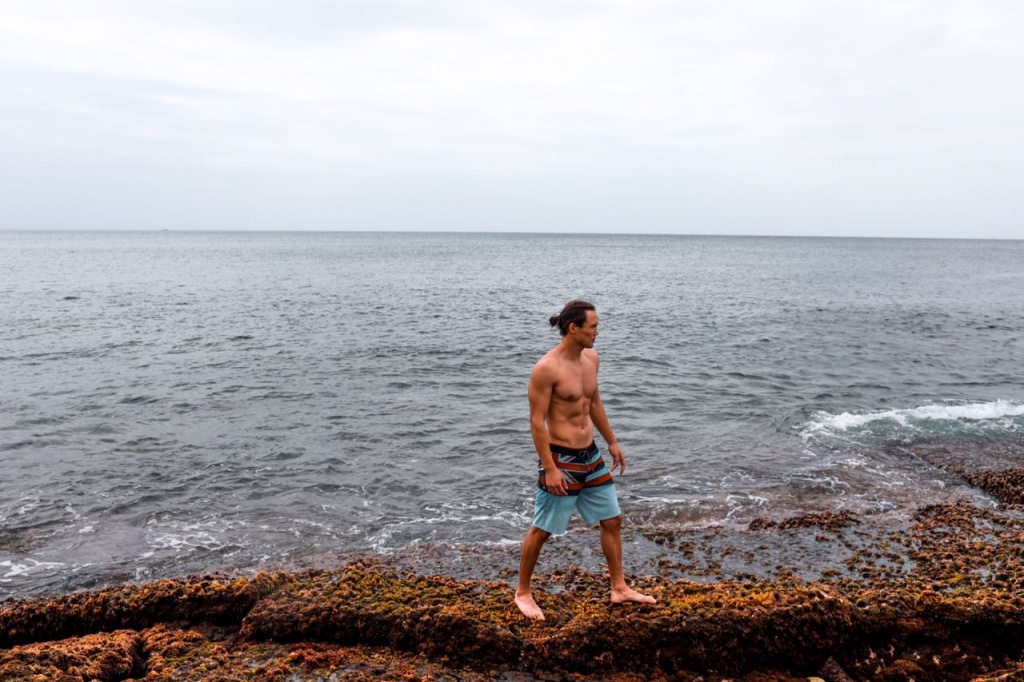 On vacation, I try to fly home, see my parents and loved ones.

In the future, I want to go on a round-the-world trip for several years, learn about other cultures, study more and learn foreign languages, make my small contribution to the development of mankind. I think each of us should try making the world better.

Zhamilya Sabazova, 18 years old, hometown - Almaty, a student at the University of Adelaide 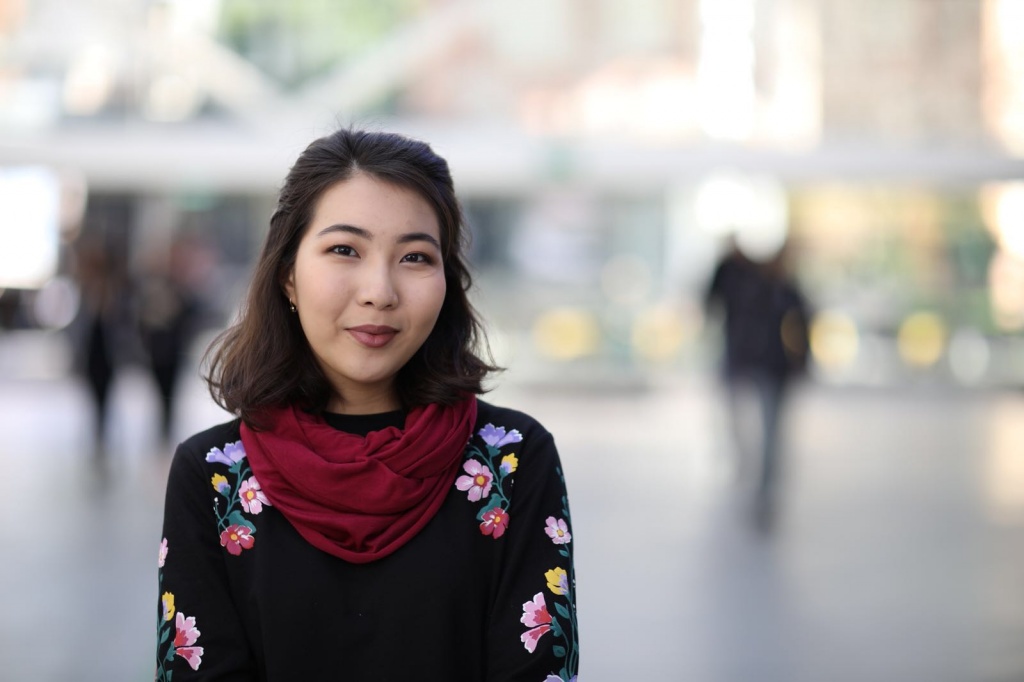 I moved to Australia in October 2017 for higher education. Australia is a developed country with an internationally acknowledged education system. I love unusual things, so I decided to go to a place where it is not too crowded. This country has a developed mining industry and engineering. Australia has a warm climate and a friendly environment for foreigners.

It was not difficult to decide to move, although initially, I planned to go to South Korea. In addition, I was accepted to other universities in Hong Kong and Singapore, but after all, I chose Australia. 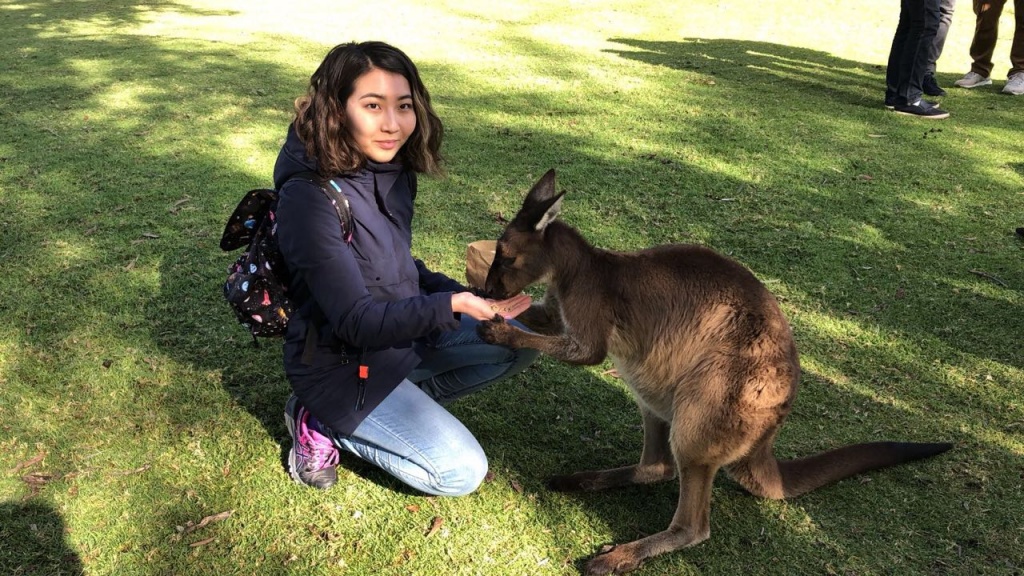 In Australia, I encountered a number of difficulties. One of them is related to the documents for a visa. The flight here lasted more than 30 hours. At first, I experienced a cultural shock, I had to get used to everything and adapt. It was my first time alone far away from home.

Australians have certain peculiarities. For example, in the summer they sometimes walk barefoot in the street and even in shops. They speak different English, with their own slang expressions, which foreigners do not immediately understand. They take care of the Aborigines as ethnic minorities, who were exterminated in the last century.

About life in Australia

Australia differs from Kazakhstan in the same way as many Western countries do. In Kazakhstan, I live in Almaty, and it is a big city, there is always a place to go with friends. Here I live in the small town of Adelaide. Although it has a population of about one and a half million people, the city itself is small. People live in private houses in the suburbs. Everyone dreams of owning a house, and very few people live in the downtown. There are few places for entertainment, so you need to find activities for yourself. It is nice that you can reach the beach in just 20 minutes and go hiking in the mountains or other interesting places. 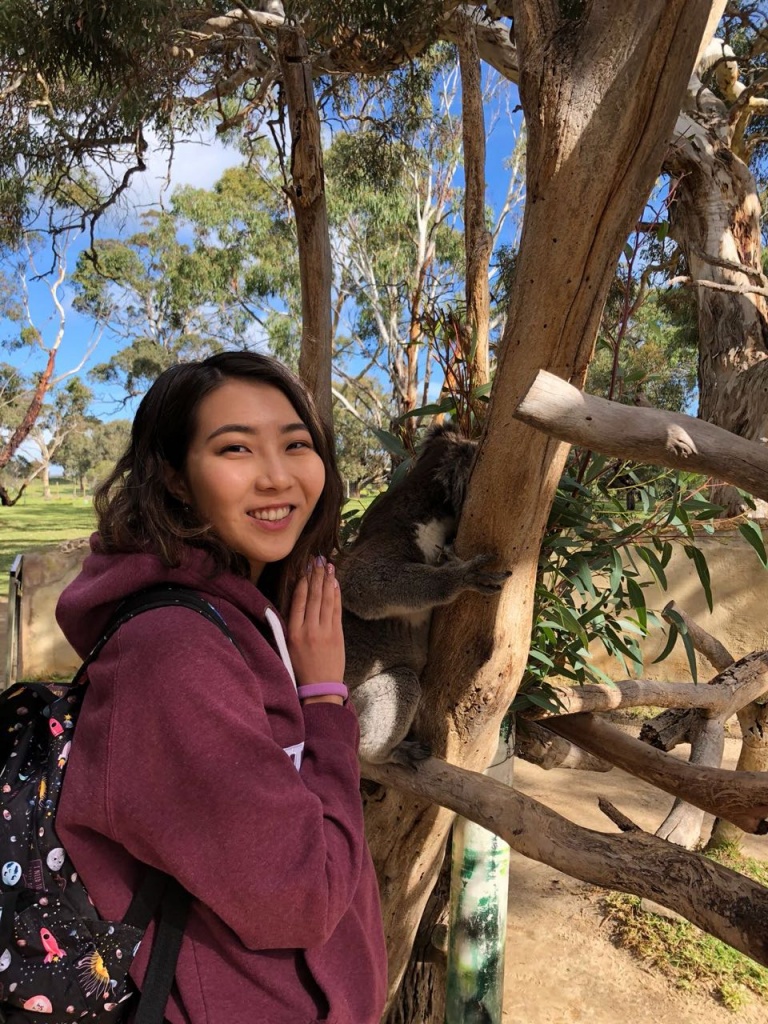 People here are friendly, smiling and welcoming. At the same time, they are sincere and warm. Although Australia is a former British colony, they are not as stiff as the British. Here I can talk on an equal footing with a professor, teacher, and lecturer. It is not like that in Kazakhstan. In Australia, people are in favor of gender equality, and men can not always help you with a heavy suitcase, for example. I was surprised that there are separate restrooms for the gender minorities.

How the country has changed

The culture of another country influenced my views and outlook. I became more tolerant, and my mother says that I became a little feminist. I also think that I have become more open, I can maintain any conversation. Life here is relaxed, and so am I. I began to care less about how I look. I learned how to be independent and responsible.

It is expensive to come to Kazakhstan, so I rarely go home. My family is sympathetic to the fact that I live far away because they always knew that I would study abroad. I want to work in the aerospace industry, maybe in NASA. I would like to contribute to the development of engineering and aerospace industry in Kazakhstan because our country has great prospects in this field. 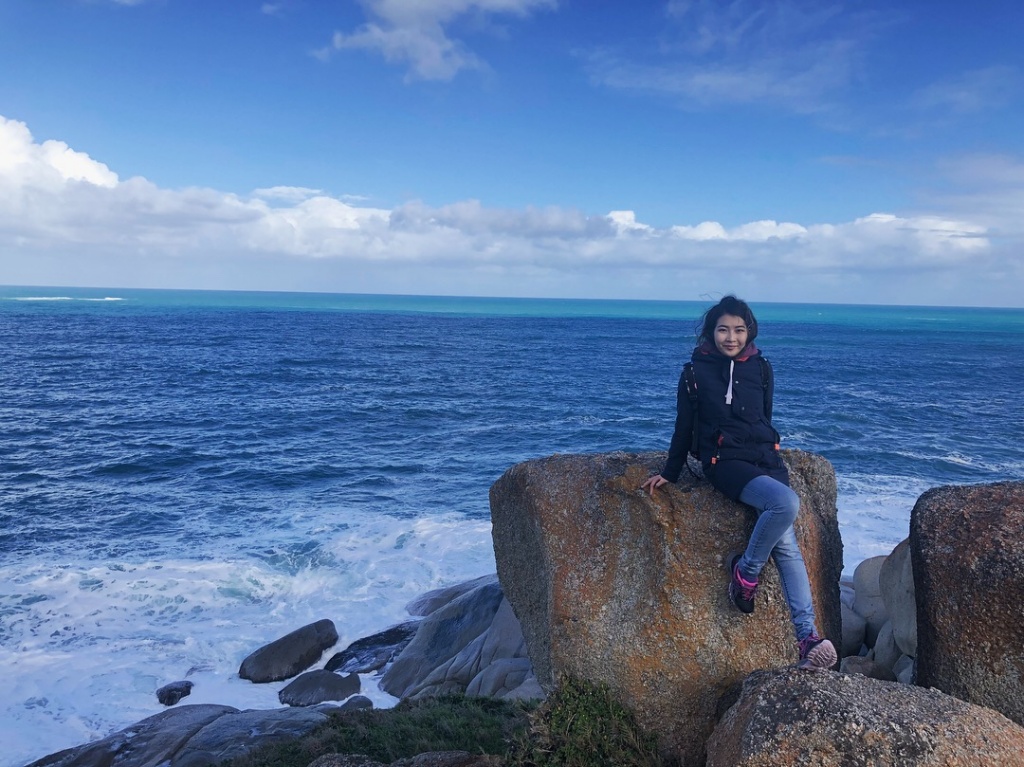 6127
HOW TO SPEND GREAT TIME ABROAD

1874
9 young Turks who achieved success at home and abroad