Interesting places in Central Asia, Transcaucasia, Bashkortostan, and Tatarstan worth to visit

Interesting places in Central Asia, Transcaucasia, Bashkortostan, and Tatarstan worth to visit 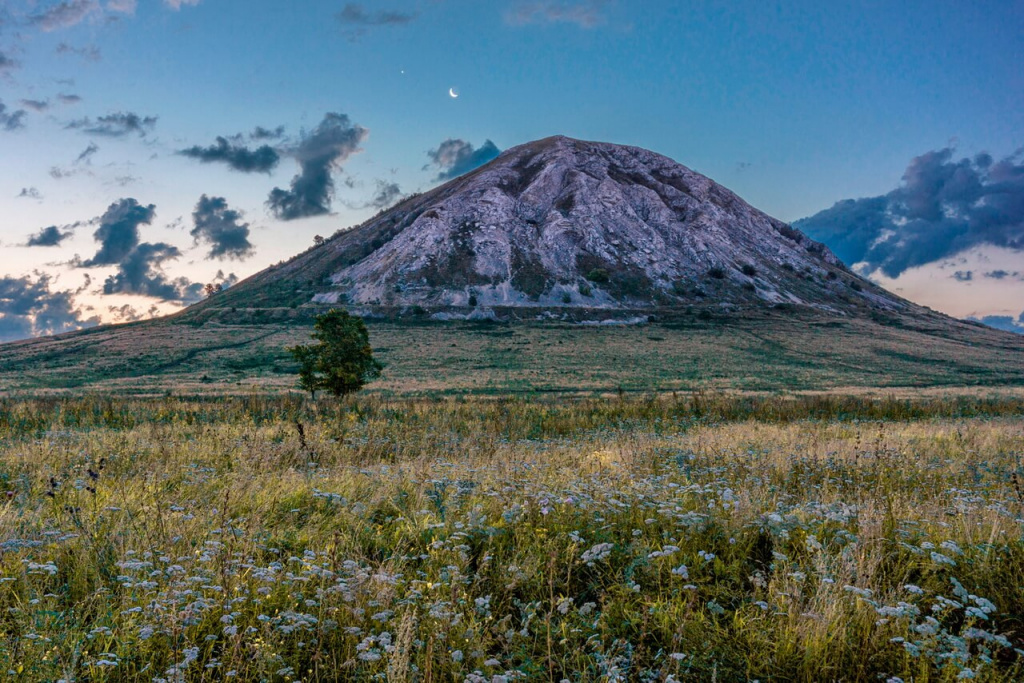 Not everyone knows that in Bashkiria you can see real ancient coral reefs that were in the past at the bottom of the Perm Sea. Sterlitamak shihans are several high cone-shaped hills. Shihans are unique geological natural monuments. There are three shihans Yuraktau, Kushtau and Tratau. 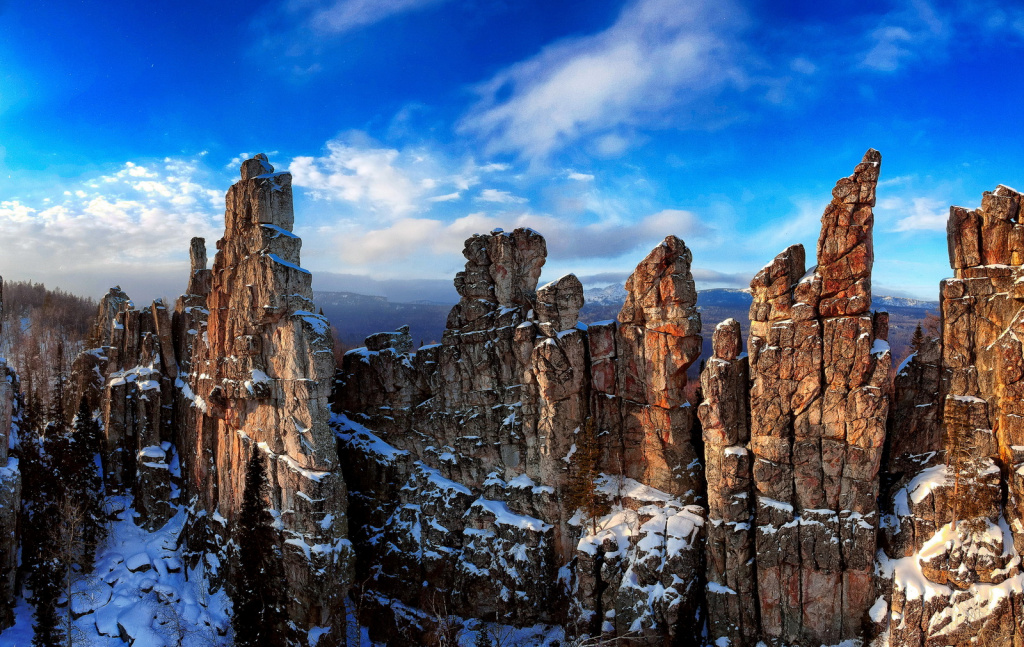 They are a natural landmark of the Republic of Bashkortostan, which is a unique mountain range. The ridge got its name thanks to the Inzer River, along which there are cliffs that rise like teeth. Climbers often visit that place. 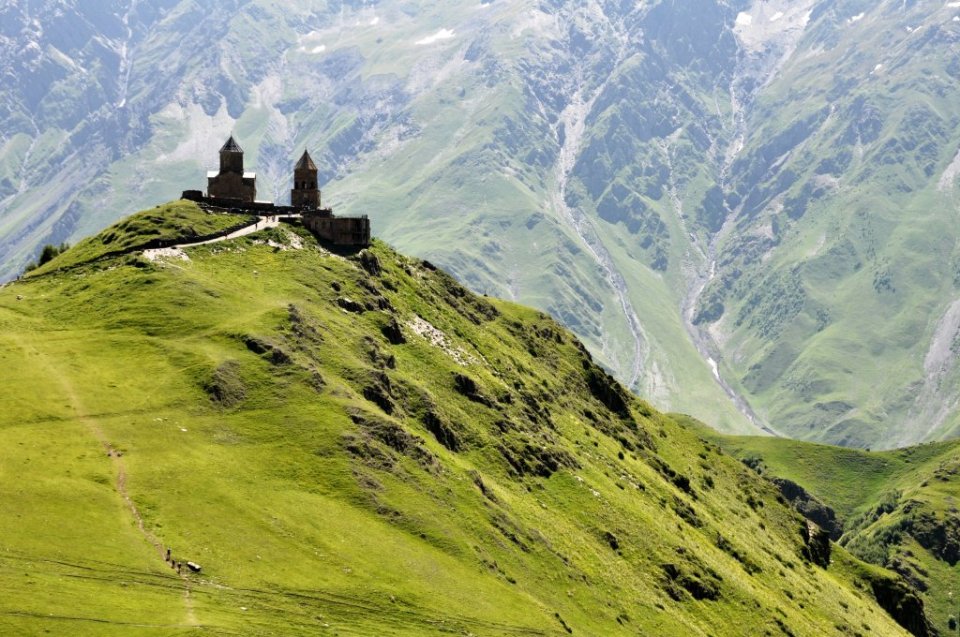 Ushguli & other villages in Svaneti 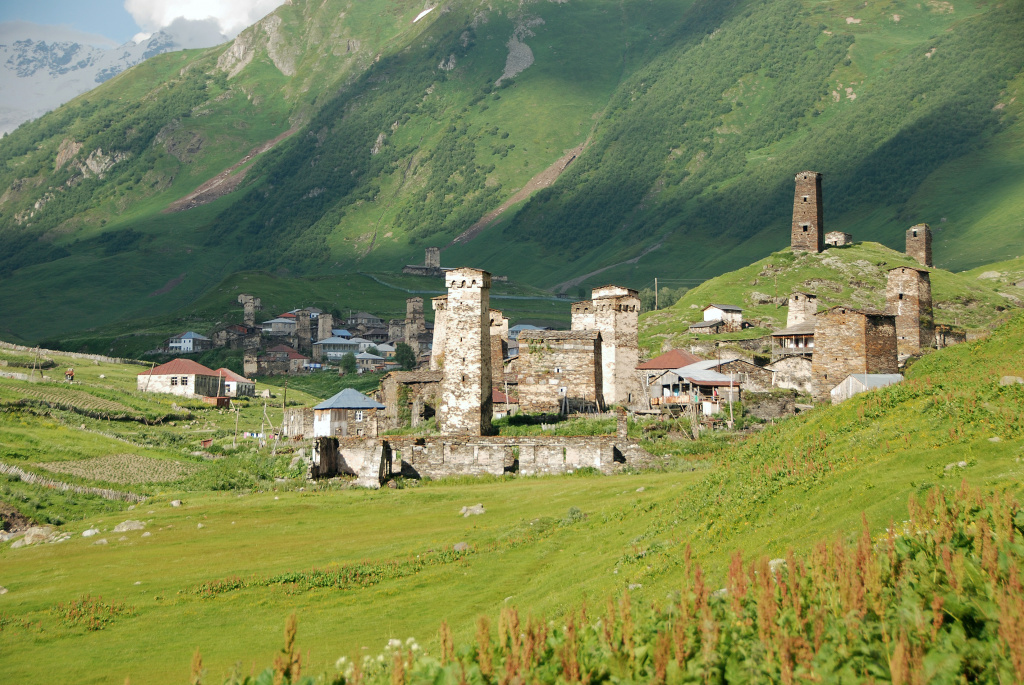 Located in northwestern Georgia and locked in the heart of the Caucasus Mountains lies the historic province Svaneti. The only way to get there is by driving from Zugdidi to Mestia along steep windy roads looking over beautiful gorges, wild rivers, and majestic mountains. One village truly mesmerized us: Ushguli. This village is part of one of the highest inhabited settlements in Europe, at about 2200m above sea level. 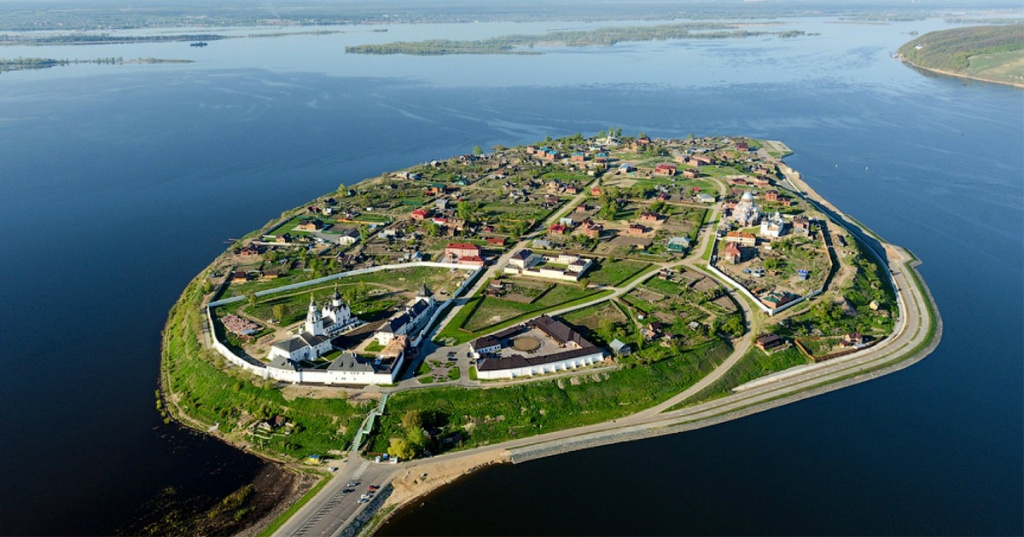 The place where the rivers Volga, Sviyaga and Schuka combine into one is where the amazing island town of Sviyazhsk proudly stands. In the 16th century, the Sviyazhsk fortress served as a base for the Russian army. Sviyazhsk is a great place to spend an entire day. Here can be found the Trinity Church - the only surviving monument of wooden architecture of the Volga region, the Bogoroditse-Uspensky Monastery with a 43-metre church bell tower, as well as the “Konniy Dvor” where people can ride and feed the horses. 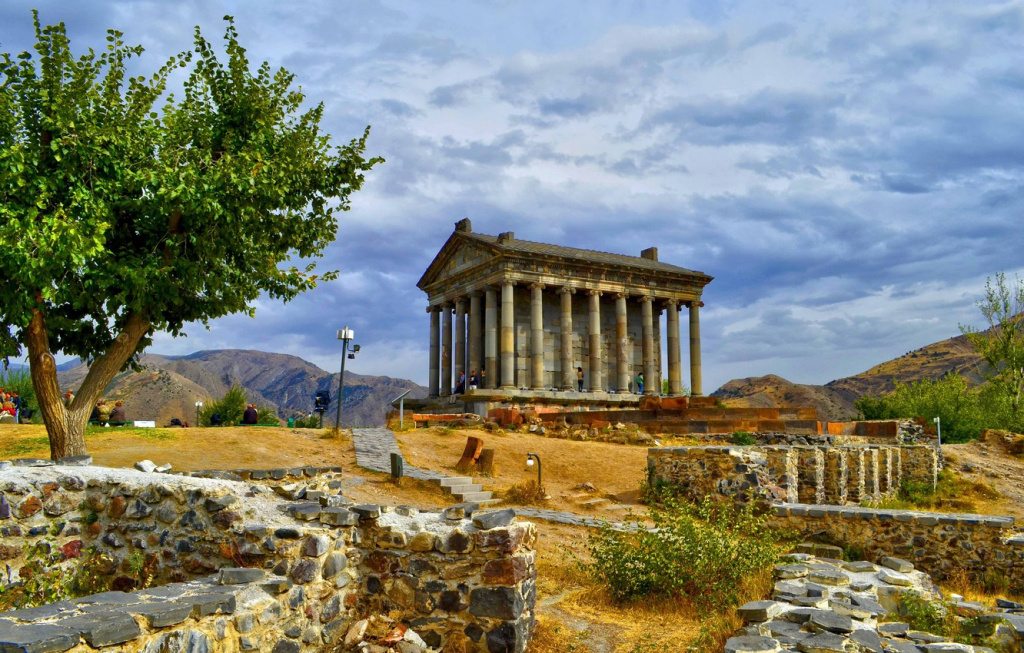 Located just a short distance away from Yerevan at the foot of the Khosrov Forest State Reserve, Garni is an enjoyable place to spend some time – although most people visit primarily to see its magnificent first century AD temple and delightful monastery. Perched atop a cliff edge overlooking ululating hills and mountains, the Temple of Garni displays some beautiful Hellenic architecture. 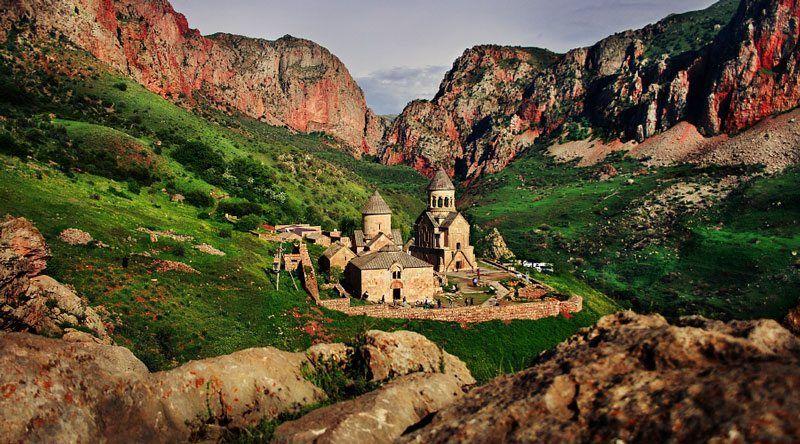 Monasteries are one of Armenia’s defining characteristics and the example at Noravank is one of the most beautiful in the whole country. Sheer brick-red cliffs shield the monastery, which was built in the 13th century. Noravank is famous for its Astvatsatsin church; while the story goes that God himself saved the monastery when the Mongols conquered Armenia hundreds of years ago.

The Walled City of Khiva

The walled inner city Itchan Kala was the first Uzbek site added to the list of UNESCO World Heritage Sites. Today Itchan-Kala is open-air museum. In Itchan-Kala, there are about 60 historic buildings. Here one can see such unique monuments of history, as the citadel complex Kunya-Ark, the complex of Tash Hauli Palace, the minaret of Caltha Minor that is completely covered with glazed tiles, famous Juma Mosque with its 213 carved pillars, a symbol of Khiva Islam-Khoja minaret, etc.

Moynaq and the Aral Sea 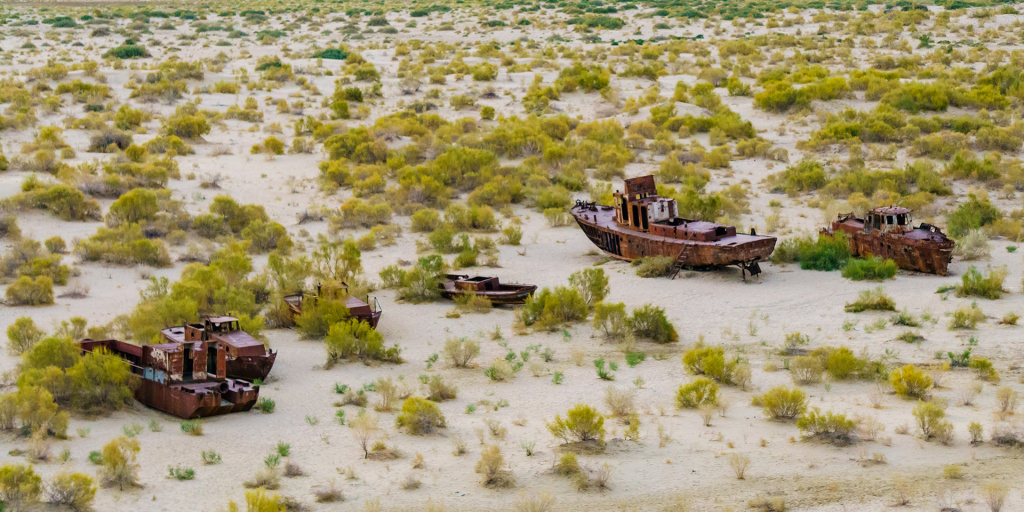 Moynaq is one of the best places to visit in Uzbekistan to get a better understanding of the Aral Sea disaster. All what is left in Moynaq of its former glory days is the ship graveyard in the former seabed. This description of Moynaq is not very appealing, but strange as it might sound there is a certain beauty in the remote desert landscapes of Karakalpakstan. 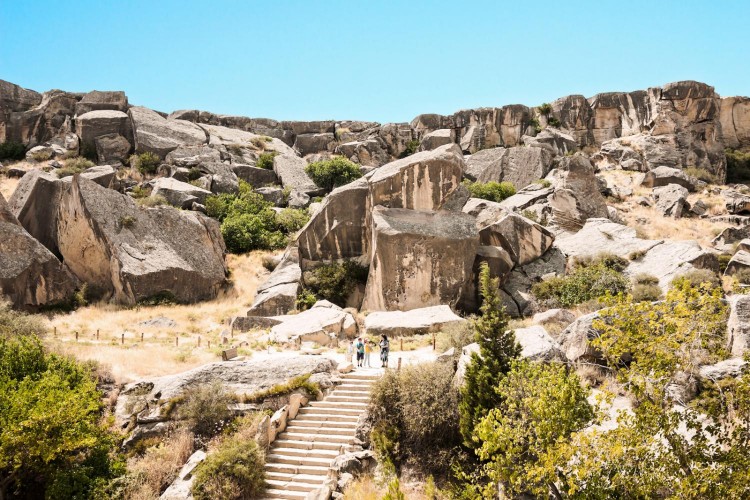 While it is half a world away from Wyoming’s Yellowstone National Park, Azerbaijan’s Gobustan National Park has a lot in common with it. It contains about half of the world’s mud volcanoes. There are also can be found Gobustan’s petroglyphs, which are considered to be among the best preserved and most artistic in the world. 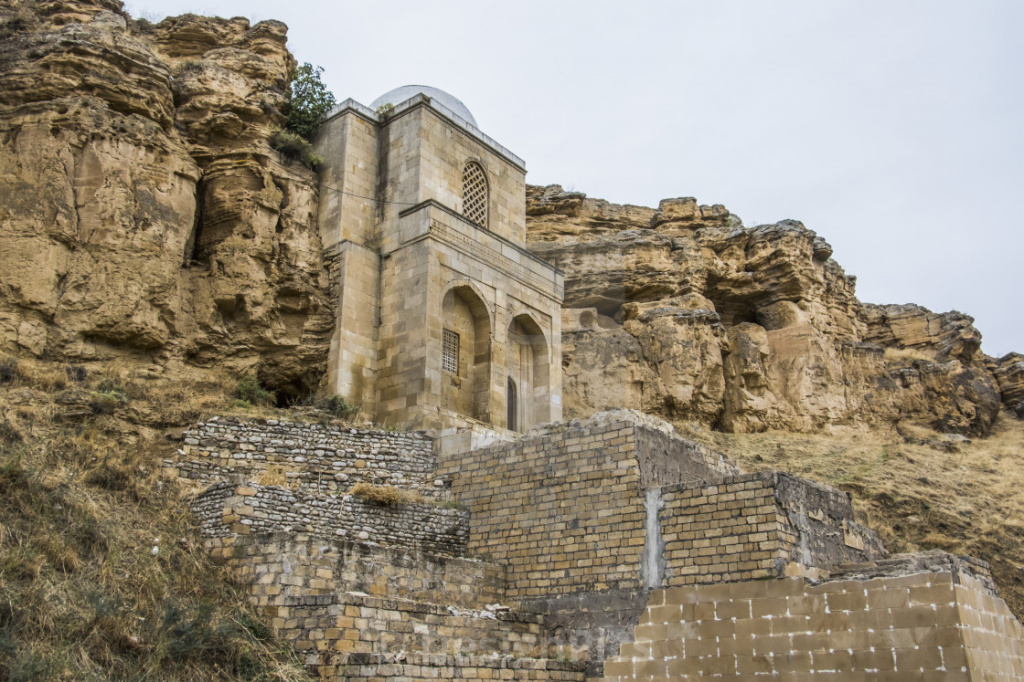 It is a mausoleum of Sheikh Diri Baba, located in Qobustan. For a long time, local residents believed in a legend that a sacred person called Diri Baba was buried here and remained imperishable. That is why the mausoleum attracts many pilgrims and curious people since the 17th century. Peculiarity of the construction is that it was embed in the cliff by the architect. 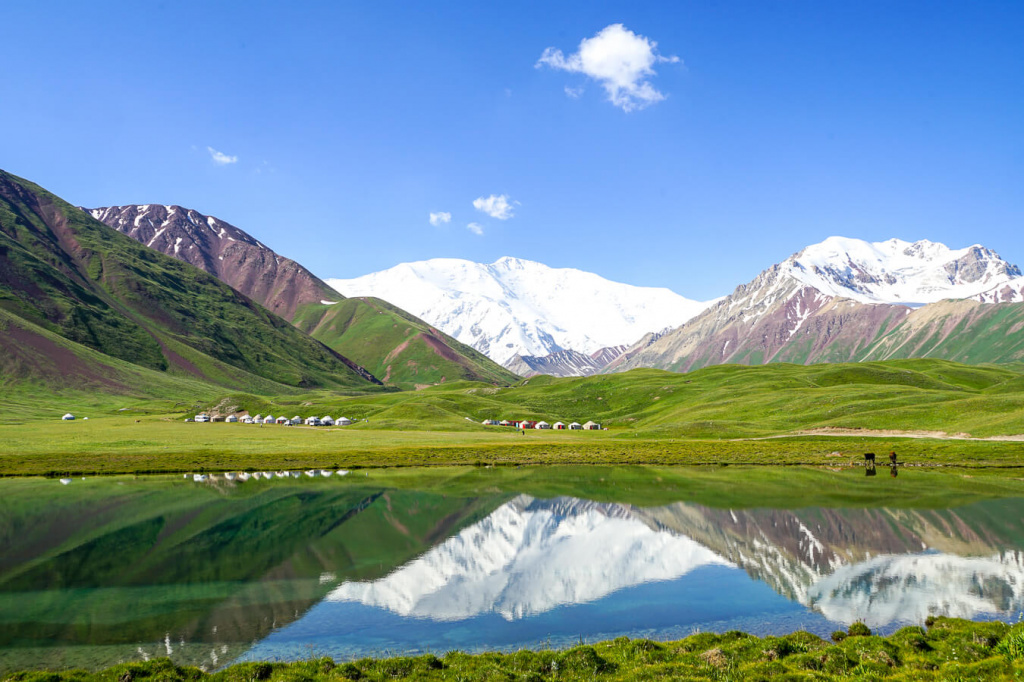 It is around one to three hours away from Osh. Climbers consider it one of the easiest ascents to over 7000 meters. It is impressive even to enjoy the view of the peak from the first base camp, which can be reached by car. Even in the hottest summers, people can admire the snow-capped peaks of the mountains of the Trans-Alay Range where the Tian Shan & Pamir Mountain systems come together. 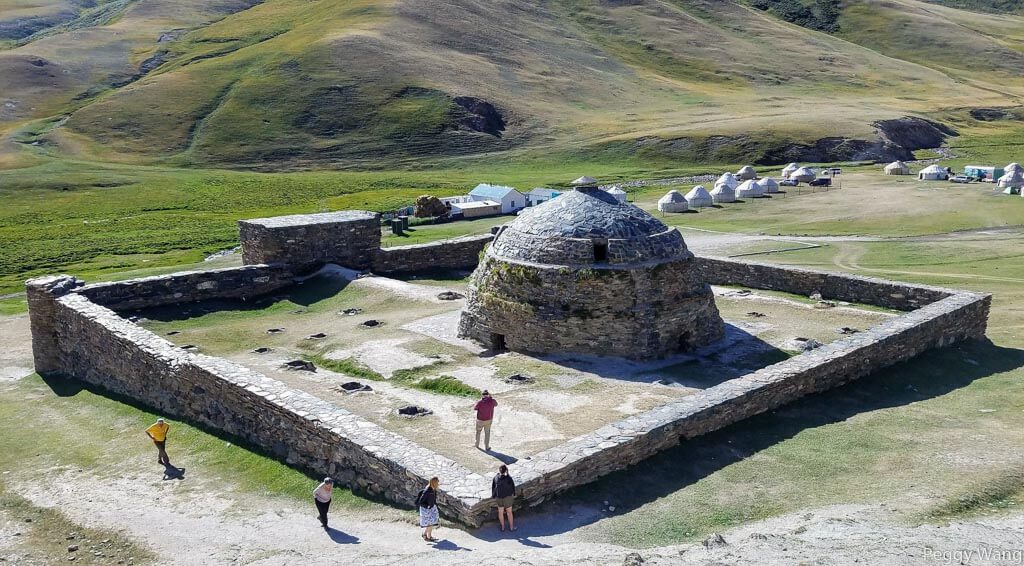 Tash Rabat is a historic stone caravanserai. These were places used by merchants and their caravans on the ancient Silk Road. It is one of the best preserved of such places in Central Asia. You can sleep in yurts nearby or go horse riding. It was originally built as a Nestorian monastery and then turned into a caravanserai.

Visit the ruins of the Yamchun fortress built in the 12th century and take a dip in the hot springs of Bibi Khanum. The hot spring facility built against the stalactite walls of the cliff cave is an unusual and pleasant experience after several days on the road. Wherever to go in the Wakhan, people will be treated to some of the most stunning landscapes in the country. 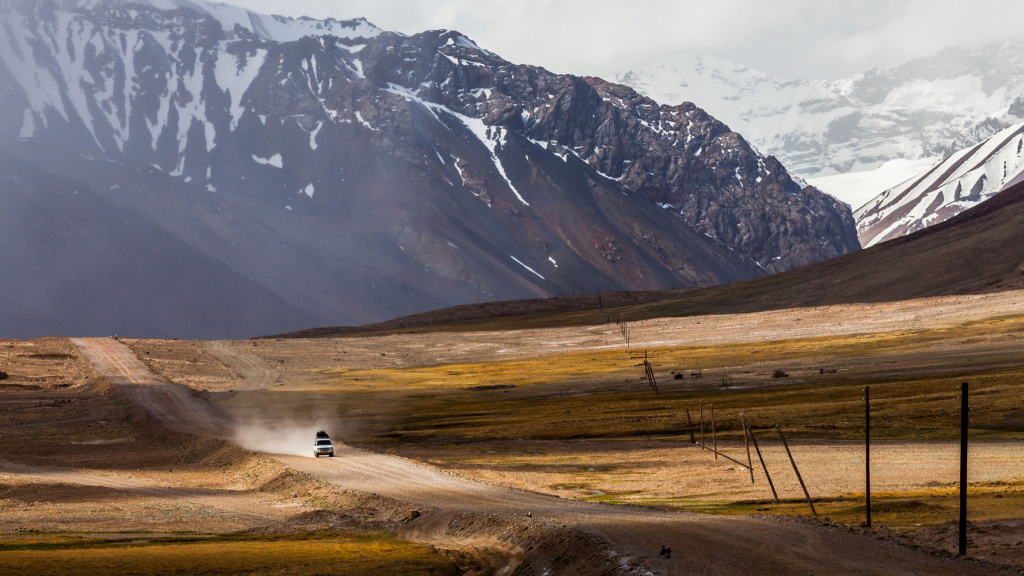 Pamir Highway connects Tajikistan with neighboring Afghanistan, Uzbekistan, and Kyrgyzstan. There is no better way to see an array of breathtaking valleys, spectacular mountain views, and rugged cliffs than to be behind the wheel on Pamir Highway. This highway is one of the highest in the world, with the peak point at Ak-Baital Pass, which is 4,655 meters above sea level. 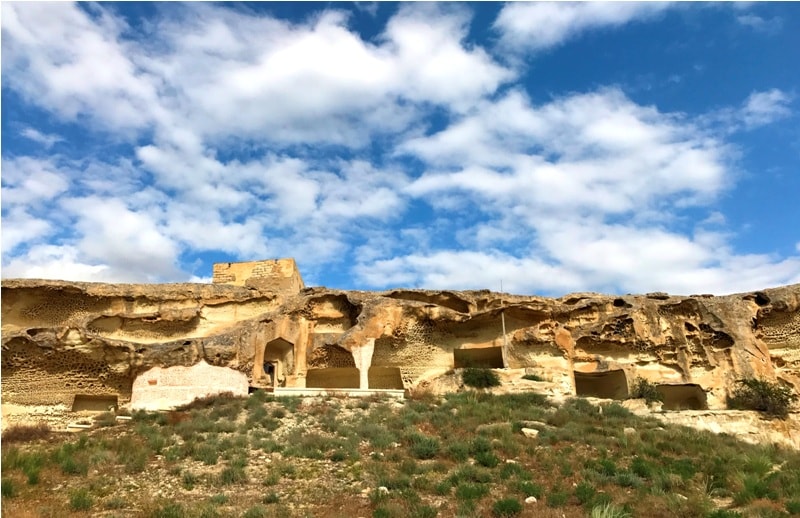 Shakpak-ata is a unique architectural monument, which is located in the northeastern part of the Tyub-Karagan peninsula in the Mangistau region, in the Shilikuduk tract. The mosque was carved out in the thickness of a rocky promontory formed by the channels of two ravines. People come here from all over the country: some for tourist purposes, and some to pray or be healed. 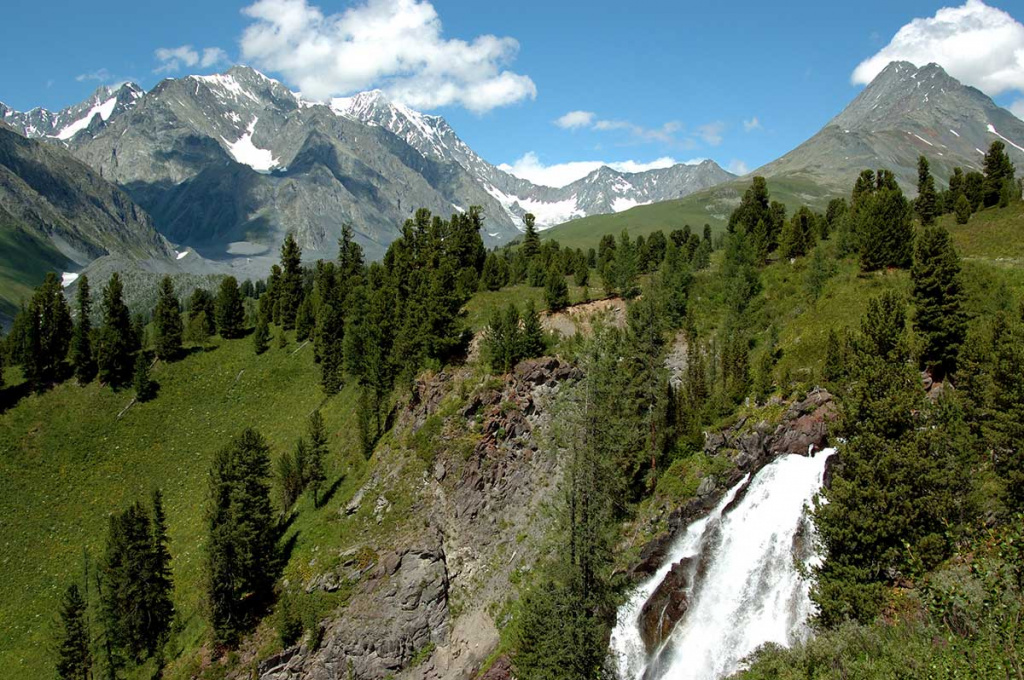 Katon-Karagay is a unique place in the East Kazakhstan region, where the national natural park and reserve are located. The nature is very beautiful here: forests coexist with subalpine meadows, lakes and rivers with mountains. The reserve boasts a diverse fauna: moose, bears, marals, ermine, sable and many other rare species of representatives of the animal world are found here.
#tourism #tatarstan #nature #bashkortostan #transcaucasia

Read this article
Discover the diverse nature of the Almaty region

2072
KAZAKHSTANI WOMEN ON THE PERKS OF HAVING A LARGE FAMILY IN SPAIN, TURKEY AND ENGLAND