How to become a professional boxer in Mexico, USA, Russia and Kazakhstan

How to become a professional boxer in Mexico, USA, Russia and Kazakhstan 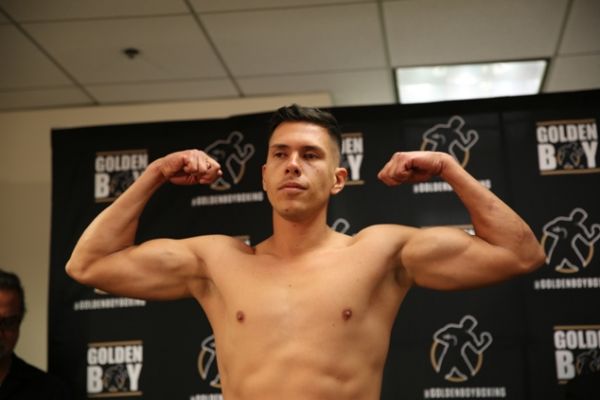 
In Mexico, you need to be persistent and strong to earn the respect of others. Therefore, my father and grandfather taught me to box from an early age, and later I went to the boxing gym.

I was inspired by my ambitions and desire to get more out of life. I am always in search of self-improvement and development. This leads to success.

I have been engaged in professional boxing since 2012 when I debuted and won by knockout in the second round.


Boxing in Mexico is a prestigious sport and the second most popular in the country after football. Boxing gyms are almost in every city.

In Mexico, there is no generally accepted standard for boxing gyms. It all depends on the people who work in it, as well as those who organize fights. The only unifying element in Mexican boxing is the desire to fight.


National Mexican style is the ability of boxers to go on the ring as on the war. We understand the basic rule of boxing: "Hit and don't get hit back", but when it comes to a fight, it all becomes meaningless. In Mexico, the status of a boxer is something special, is not enough to be just a good boxer, recognition must be earned.


A professional boxer should take his work seriously, understand and accept difficulties. At this stage, many athletes fail, as responsibility and pressure are incredibly high.

Three months before the fight, I start training five hours a day. Training is distributed throughout the day to not overwork the muscles. Method of training depends on with whom you will fight and how many rounds.

I don't have as many fights as I would like since I have no promoter. Ideally to box four times a year.

The salary of boxers in Mexico leaves much to be desired, especially at the beginning. The average salary of a beginner boxer is 5,000 pesos, or $250 and does not correspond to the made efforts. After gaining experience, the boxer can earn more, it all depends on the number of rounds and the overall level. The more track record, the more money you earn. A professional boxer can earn 50 000 pesos or $2,500 for a fight in the country.

Becoming a boxer in Mexico is not easy. Boxing is a regulated sport and to get a license, you must pass a special commission.

My advice to beginner athletes:

― do not look for easy ways, boxing will never be a simple sport

― learn to concentrate, it will help in the race for the championship belt

― this is not a team sport, so do not forget that every time you enter the ring, you put your life on the line

― have fun with boxing, otherwise, you will never become a professional

― if you decide to become a professional boxer, get ready to go the hard way to the end.

I plan to have three fights this year in Mexico and one abroad. 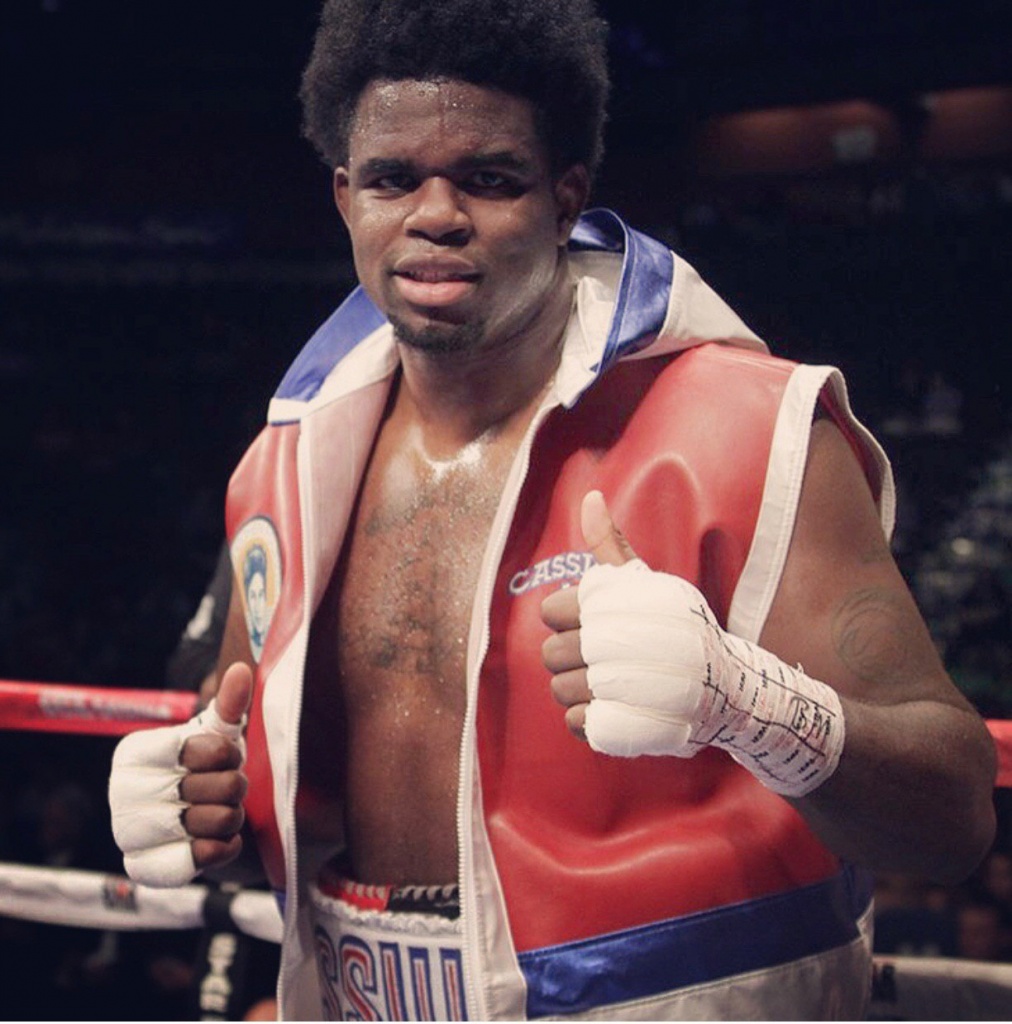 I've been boxing since I was 22. Passion and emotions during the fight became the best inspiration and motivation. I have been doing professional boxing for four years and enjoy it.

Boxing is not the most popular sport in the USA. The attention of Americans is focused on baseball, basketball and football. But the situation is changing.

The USA is a good promotional platform for boxers from all over the world. Boxing gyms are almost in every city. People come there not only for sports achievements but also to keep the body in good shape, relieve stress.

The main difference in American boxing is focussing on business


The main difference in American boxing is focussing on business. Other countries have national boxing schools where they train almost all year round. And boxers from all over the world come to the USA, so here you can see a variety of national boxing styles and individual techniques of each boxer.

The professional boxer trains every day otherwise you can't achieve success. I train for several hours every day. During my career, I spent 15 fights without a single defeat. 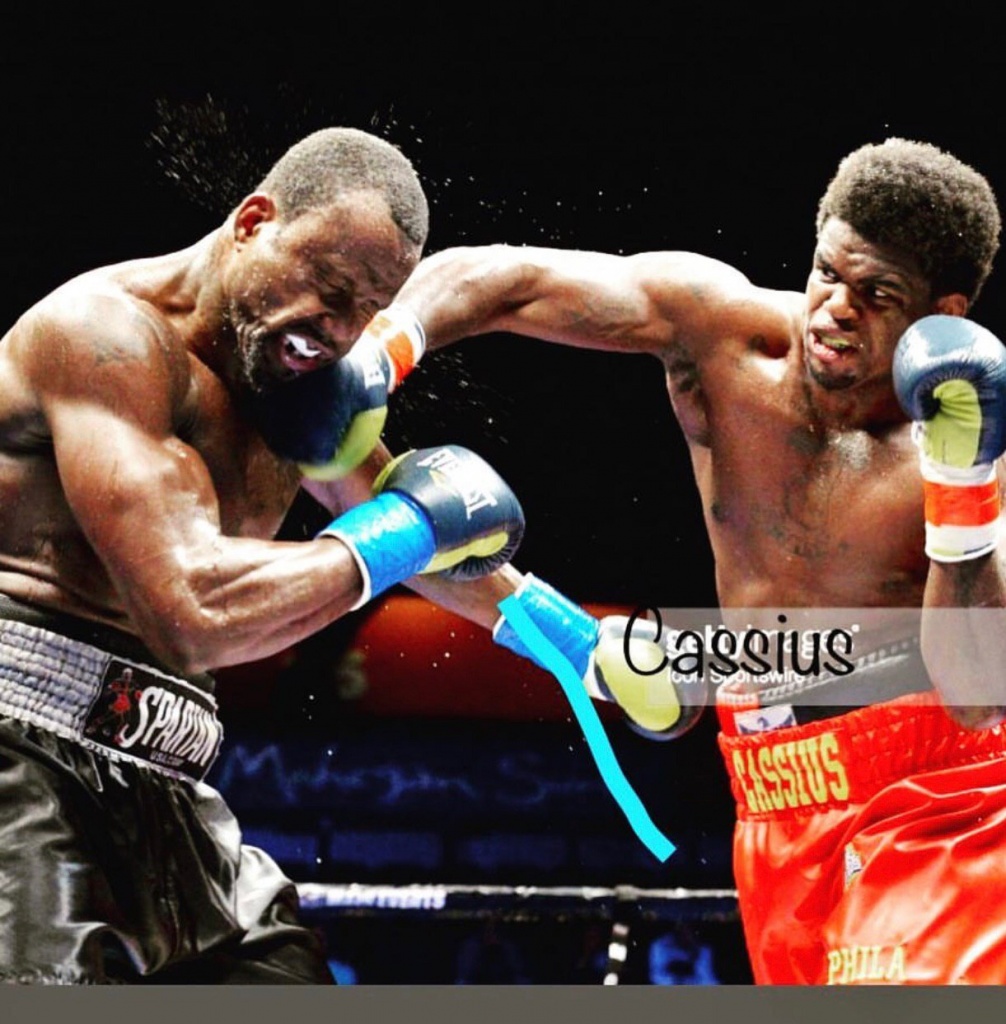 ― don't be afraid of difficulties. 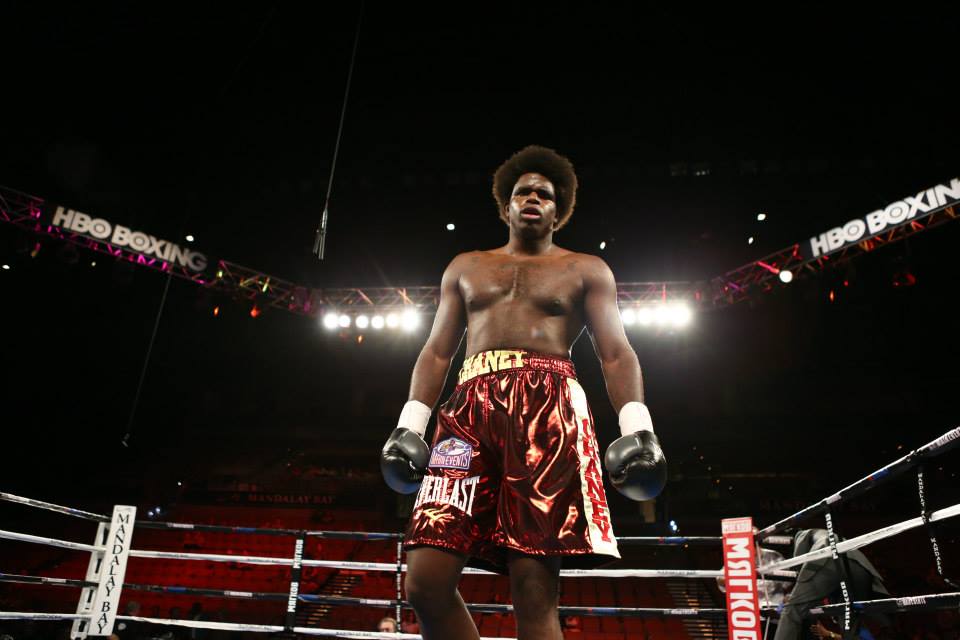 I love boxing and want to develop as a professional. In Maryland, on July 19 I will fight, and look forward to it. 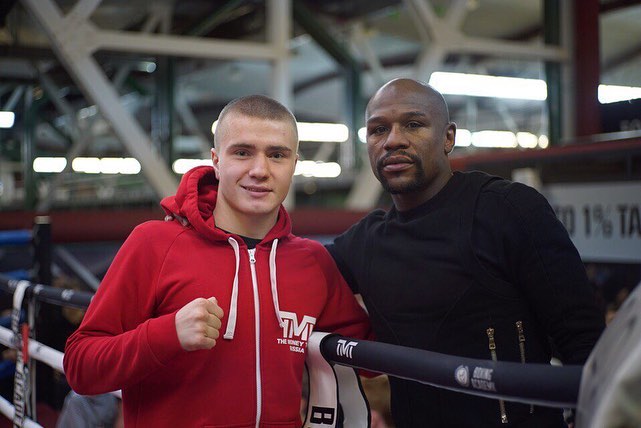 Boxing is popular in Russia, there are many clubs and halls with good attendance. However, the level of professional boxing is low. In Russia rarely held large boxing events and the list of popular boxers is small. At the same time, Russia has a huge number of talented boxers and competent, professional coaches.

Feature of boxers from Russia ― character, will win due to not very favourable conditions. Russian boxing style ― Russian spirit, brought up through hard training and life difficulties.

The amount of training time depends on the date of the battle, physical condition and several other factors. But I try to train every day. 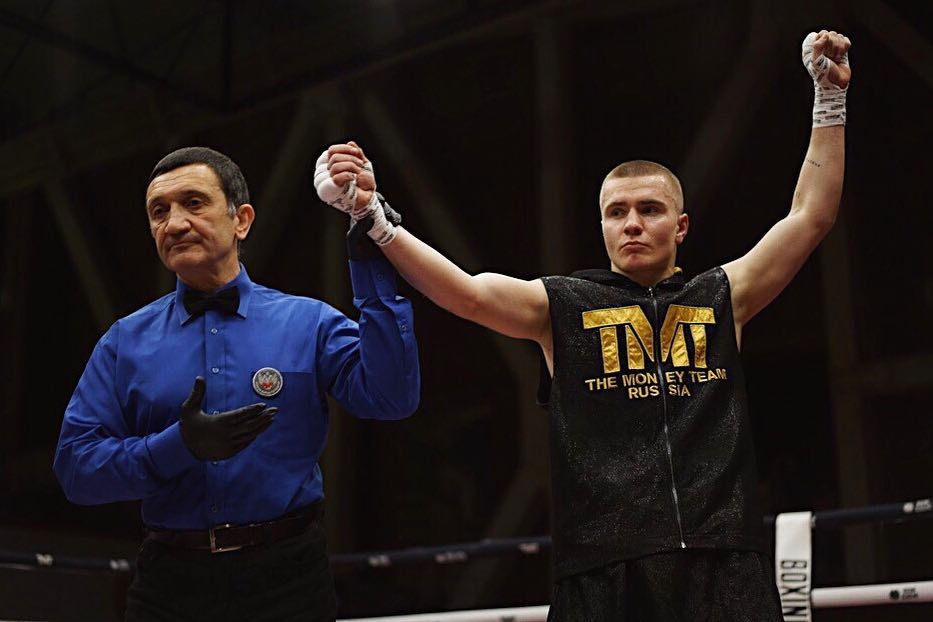 I'm only on my way to big fights. On average, the preparation for the fight takes about two to three months.


Boxing is equally physical and mental work, so a good boxer must be fully developed and mentally strong. Starting a professional career as a boxer is simple, but how it will develop is a big and difficult question.

― train not only your muscles

― take care of yourself

I'm just starting and want to become a famous professional boxer. The date of my fight is exactly unknown, but I think in the summer will be interesting. 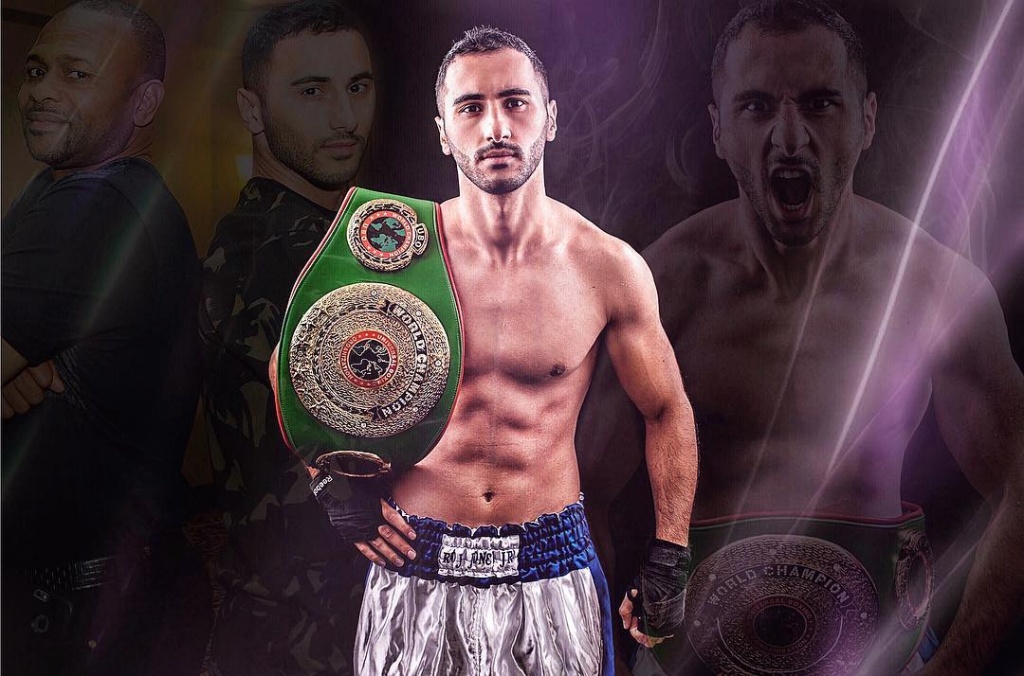 My family moved to St. Petersburg in 1999, and I started doing sports in St. Petersburg. At the age of nine, I signed up for kickboxing, but after four years of training, I left the sport. At the age of 15, I went to the boxing gym, where I realized that this is my vocation.

Boxing in Russia is gaining strength. Andrey Ryabinsky — the President of the promotion company "World of Boxing" took it in hand and develops this sport in the country. In Russia, there were no world-scale fights for a long time. But there is positive growth, athletes go abroad, reach the top.

Russian Boxing is distinguished by the traditions of the Soviet boxing school. In the US it is easier to deploy a PR-company of a boxer, to make him famous, but in terms of boxing equipment, our athletes are much higher. I worked with coaches from different countries, but most of all I got knowledge and experience from Russian ones. 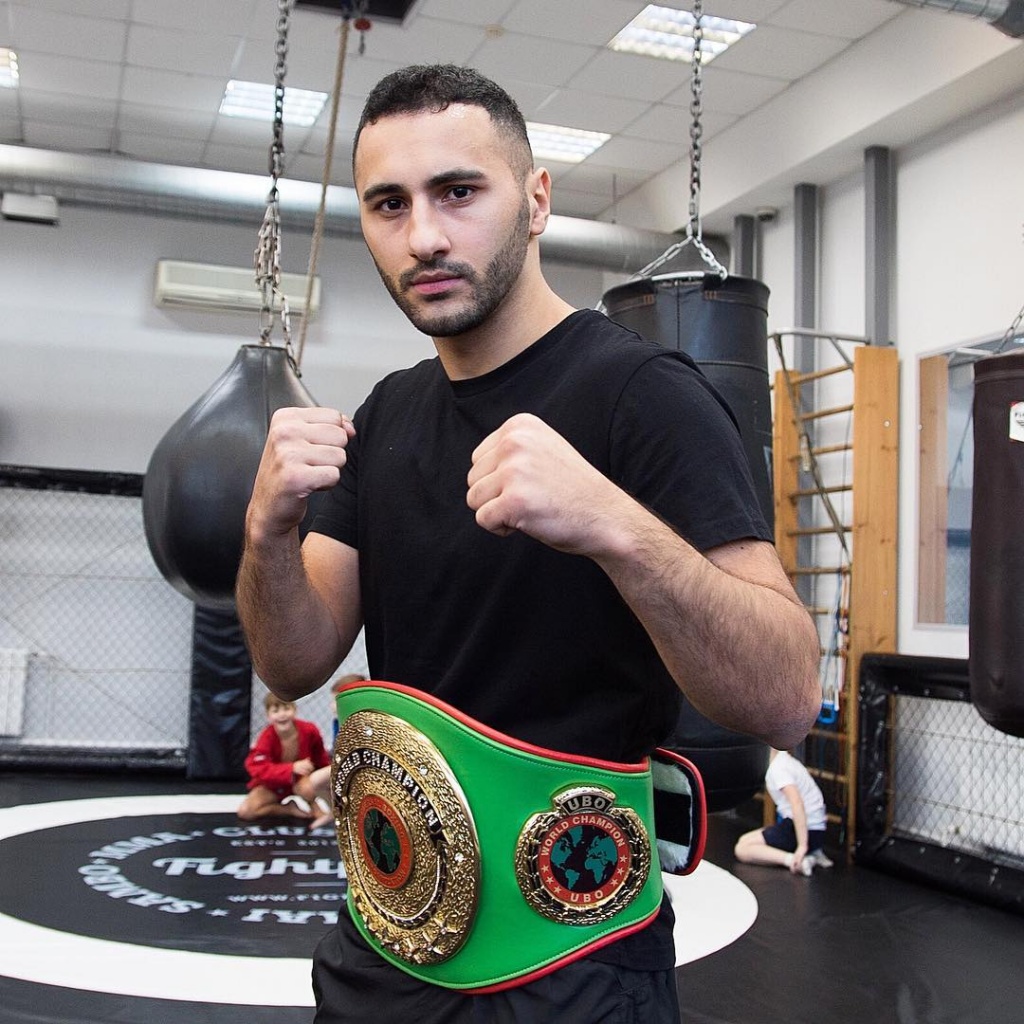 Usually, I had four fights a year, but because of a shoulder injury, I had a recovery period. I plan to return to the ring in September.

I work closely with Roy Johnson — he is like a father to me, helps and directs me


I work closely with Roy Johnson — he is like a father to me, helps and directs me.

I have a title of the champion according to UBO, in the future I plan to take a WBF belt. Thanks to my friends, Farhad Adjalov and Rauf Ageev, I met with the President of boxing in Azerbaijan Artem Khasanov. He offered me the collaboration with Azerbaijan's promotional company. I think that in the future we will be able to do something really interesting and large-scale. 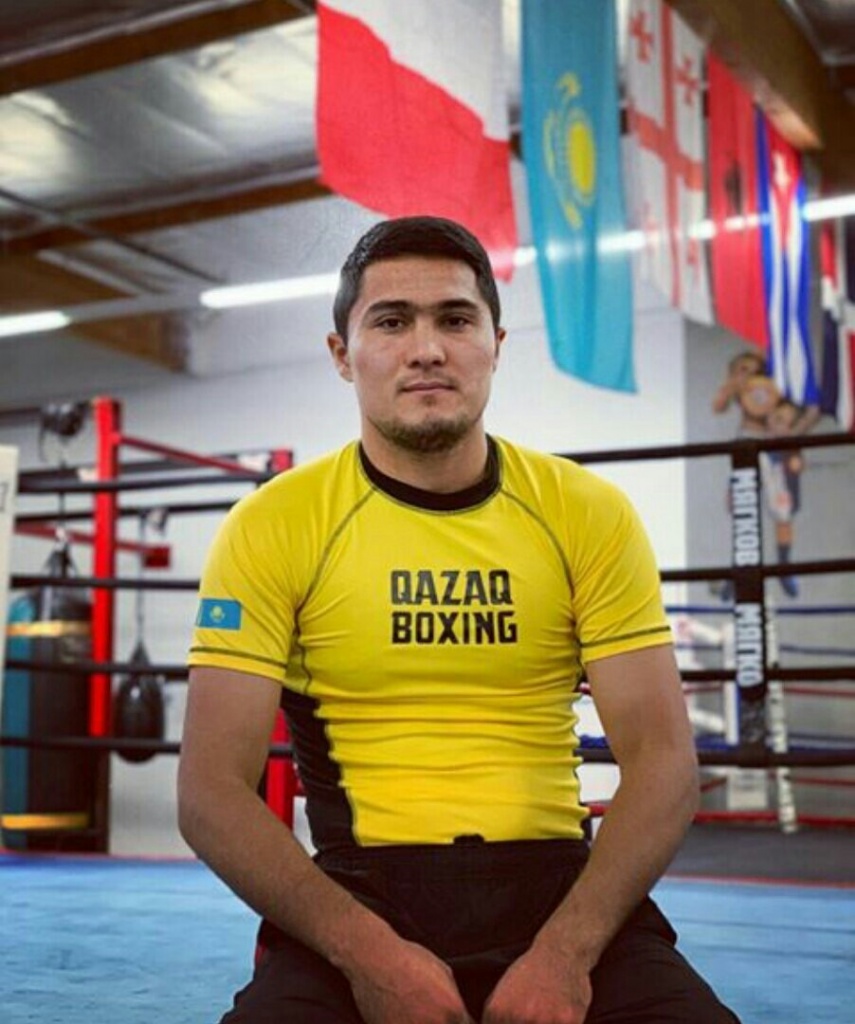 I started boxing because of my brother, and he inspired me to do this sport. In 2006 I enrolled the sports school named after Khadzhimukan Munaitpasov. Since then my life is connected with boxing.

Boxing is the number one sport in Kazakhstan. It was popular in Soviet times and remains so to this day.

The school of Kazakhstan boxing is very strong. Our athletes and coaches are known all over the world, and their professional level is not in doubt.

Boxing the number one sport in Kazakhstan

Two months before the fight, we start training in a boxing training camp. Training is held twice a day. 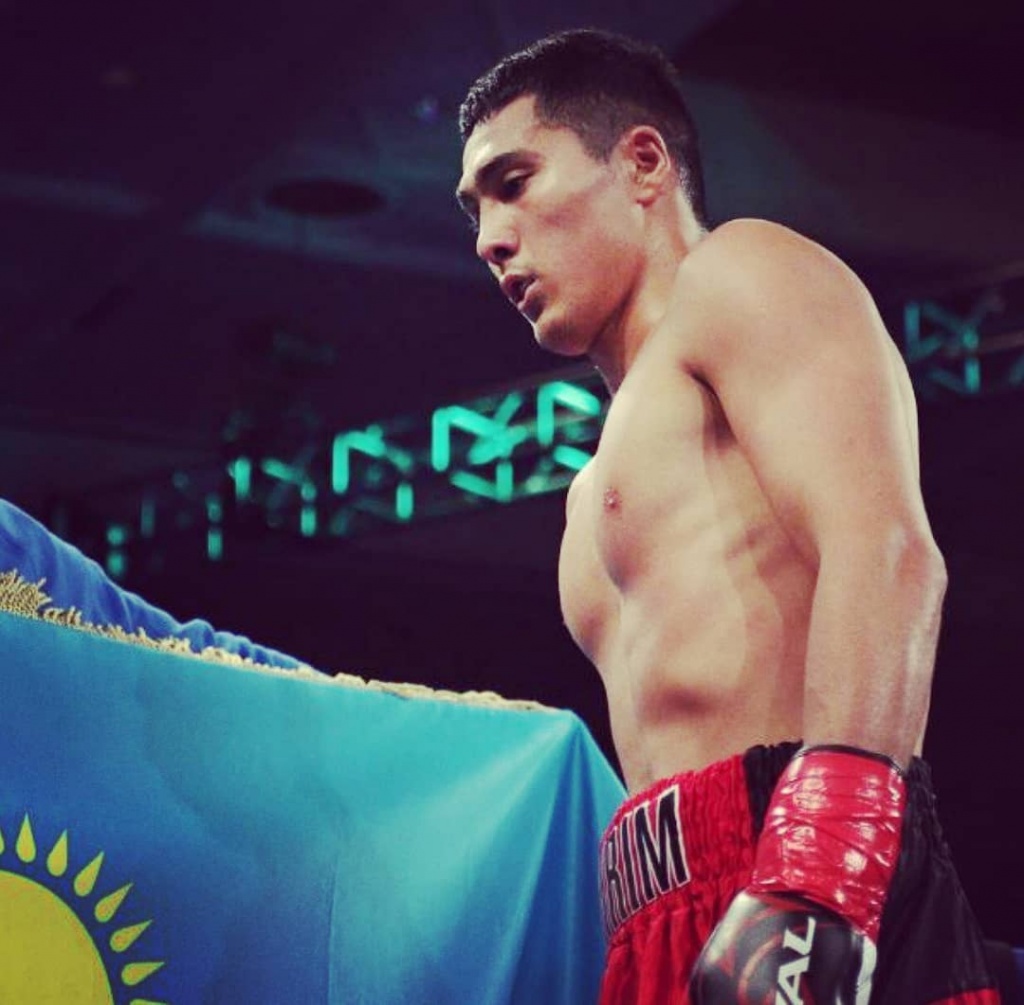 A professional boxer must have a strong character, ability to work and desire.

Get experience and get acquainted with the intricacies of the sport at the amateur level, and only then go to the professionals. This step will save from injury and will help to fight better and more professional. Do not rush into the maelstrom with head, a patient movement to the goal is the best recipe for success.

I have recently arrived in the USA and was starting a training camp. I plan to get foreign experience and prepare for future flights.

Read this article
Eco-communities in Finland: what they do and how to join