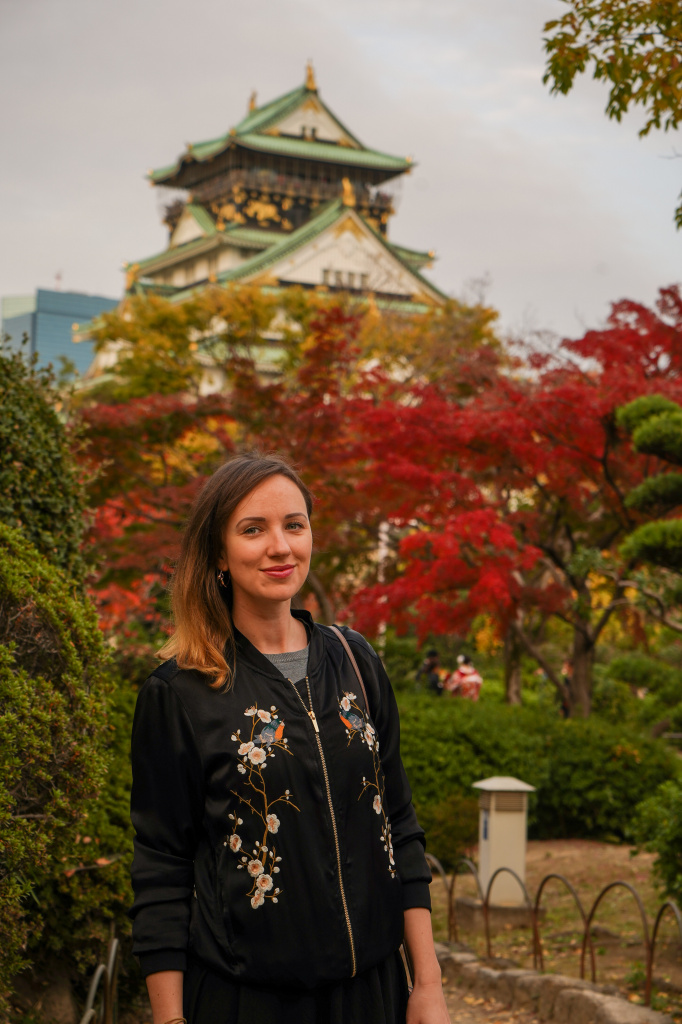 I am from Slovakia, where I lived until I was 25 years old. I have always had an adventurous nature and soon I realized that a safe corporate job is not for me. Together with my husband, we moved to Sydney, Australia, where I continued to study and I worked in various jobs, mostly in retail or travel related. Now we are based in Osaka where I teach English in a private international school and I occasionally write travel articles for different international websites and my own blog.

It has been one year since we have moved to Japan and recently I got my work visa approved so we are able to stay for longer, which is super exciting. The decision to move to Japan was more or less spontaneous. We were always inspired by Japanese culture and wanted to explore this country so we decided to try it. I was determined to find an English teaching job and if it would not work out, we would come back home to Slovakia after a couple of months. Luckily, we were able to settle here pretty quickly, both of us got jobs, we found a nice apartment and we are loving our life here so far. We get to discover many unique places that we would never find if we travel here only for a few weeks and that makes it all worth it.


I have never been to Japan before we moved here so everything came to me by surprise. My first impression of Osaka was "wow, this is a real concrete jungle!" Living in Sydney before, where everything feels relaxed, I found it very gray here at first. I still miss more parks, green areas, and beaches. But as we have been living here I realized that people of Osaka are more laid back and engaging than in the rest of Japan, so the strict Japanese rules that we all read about are not so rigorous here. I was also surprised to see how many people use bikes daily. I had no idea about that. Osaka is chill in its own way.


I am quite adaptable so I got used to Japanese culture and way of life quickly. However, Japanese bureaucracy and paperwork are still haunting me. It is difficult to go to the ward office and try to register your address when no one speaks English and I can say only a few words in Japanese. It is a real mission. The same with opening a bank account or getting a Japanese phone number. You will need a lot of patience to get these simple tasks done. 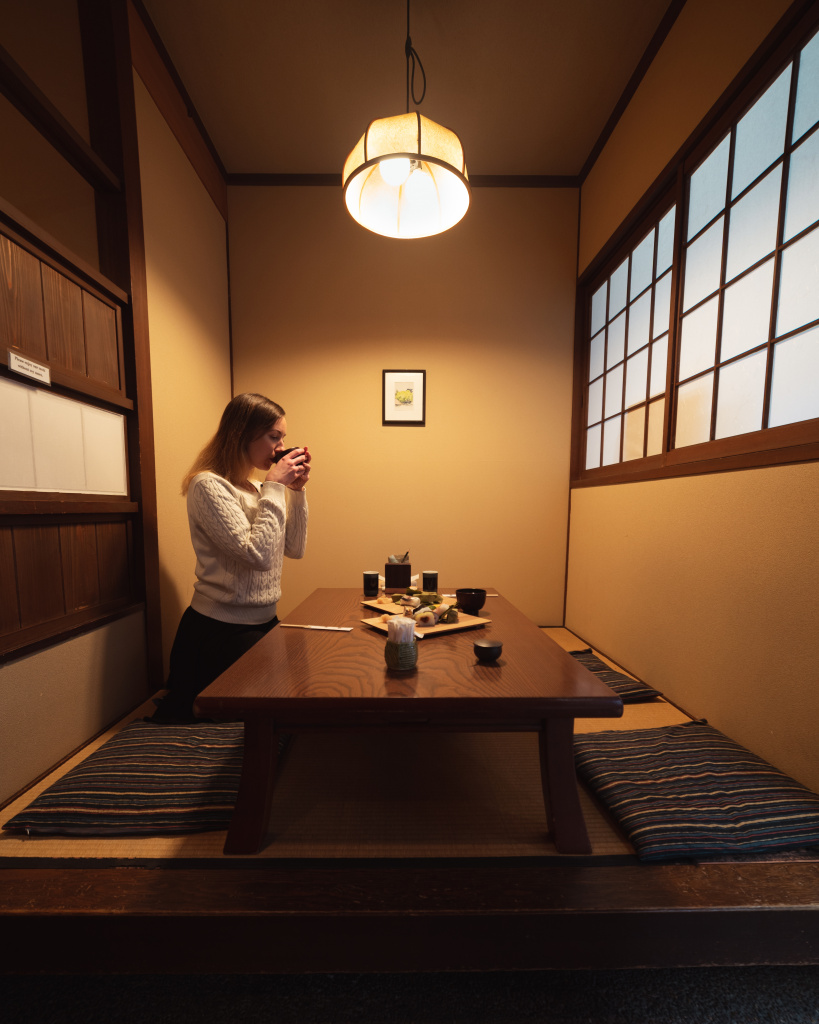 
When it comes to infrastructure, Japan is a country of bridges. There is a bridge, over the bridge, over the bridge, for trains, cars, pedestrians. Quite often, you will find the metro above your head rather than the underground. There are also bike lanes almost everywhere, but no one is really using them in Osaka. People ride their bikes on sidewalks so you have to be careful not to be run over by one. Osaka is very urban and it is definitely not a beautiful city. It suffered a lot during the WW II, so many places had to be built quickly anew, looking only at the functionality and not aesthetics. There are still nice parks, buildings and corners, but often you have search for them.


I would say Japan and Slovakia are both quite conservative countries, proud of their culture and traditions. Japan has good diplomatic relations with my country, which, as I found out recently, has also some benefits for me if I work here.


It is true that many Japanese companies require their employees to work long hours. When I was giving private English lessons, I was often asked to give them at eight or nine pm, just because they had to stay at work so late. I can talk only from my own experience with people I have met, but I would say that even though there is not much family time during the week, they try to make up for it over the weekends, go to a park, have picnics, etc. I work in an international environment so it is different than as if I would work in a Japanese company. 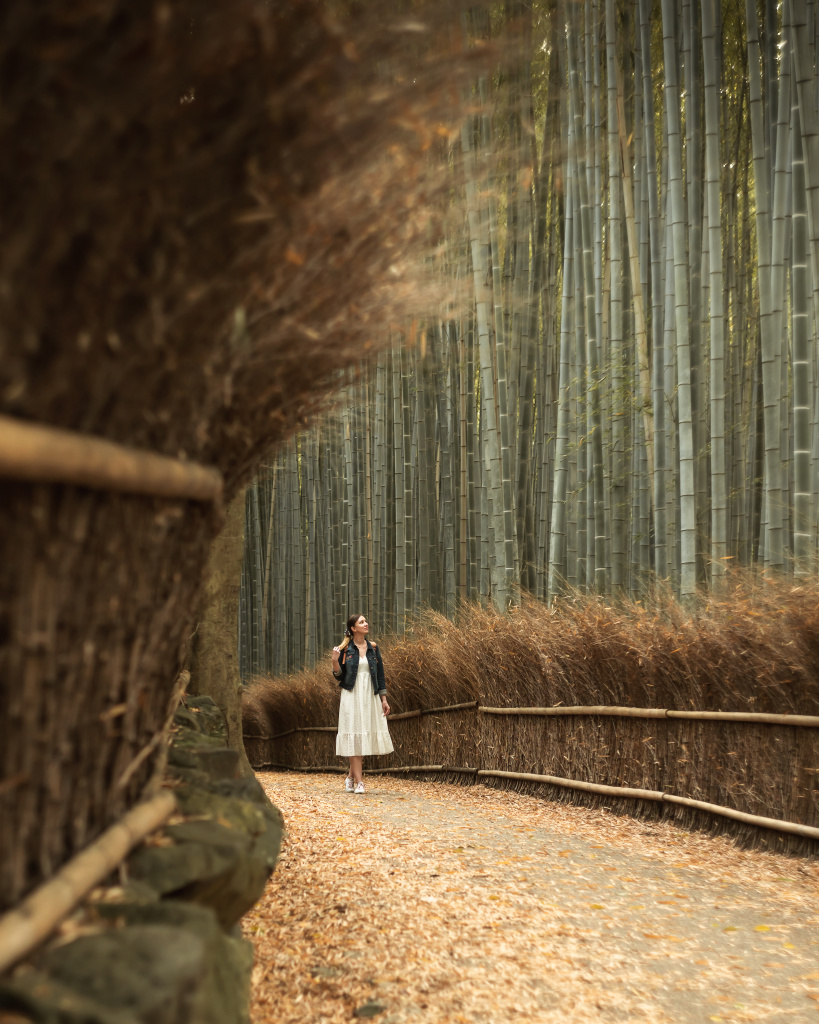 
I really appreciate how thoughtful the Japanese people are and that everything functions here. For example, in Slovakia and in Australia too, the trains would be late or not operating for the day. Here, it happens rarely that the train would not arrive on time, and you get a letter to bring with you to work in case you are late. On the platforms, you exactly know where the train stops so people line up and wait politely for the train to arrive; they do not just push each other. Then on the train, it is very quiet, no one speaks loudly on their phones or listens to music aloud so other people can relax. Also, the crime rates in Japan are very low, you do not have to be afraid of your belongings and you can often see small kids being on trains by themselves because it is safe. Everything here is very clean, especially now when we are dealing with the global pandemic. Everyone is wearing a mask and no one questions that we should not. I have never experienced such solidarity.


Often people just smile and wave when they see us walking down the streets, because especially now there are not many tourists around. Or they stop by and offer help, ask us if we are lost. They are very interested to hear about our story, that we actually live in Japan and teach English. As I mentioned before, people of Osaka are quite engaging and they want to know about you even though they cannot speak your language. So far I have only good experiences. 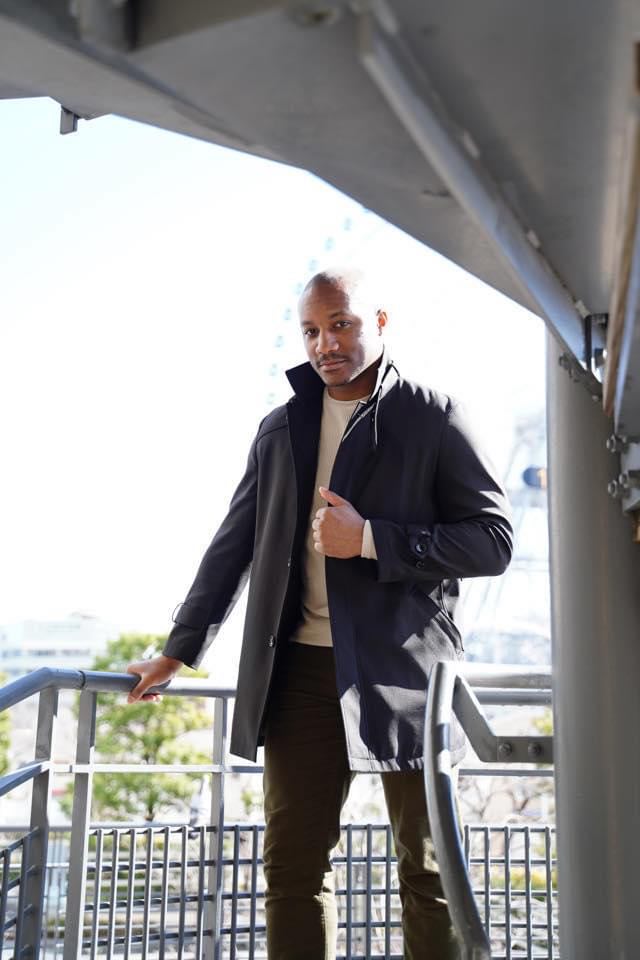 I am from the United States, California. Currently, I do photography and freelance English teacher.

I have lived in Japan for 6 years off and on. I decided to move because after living here previously I fell in love with the culture and the country. It is an amazing place to live and raise a family.


My first impression of Japan was that it was just a peaceful place. Clean environment. Safe and secure. And customer service is amazing here.


Most of the difficulties are administrative. Registering for a visa, getting a license, finding an apartment. 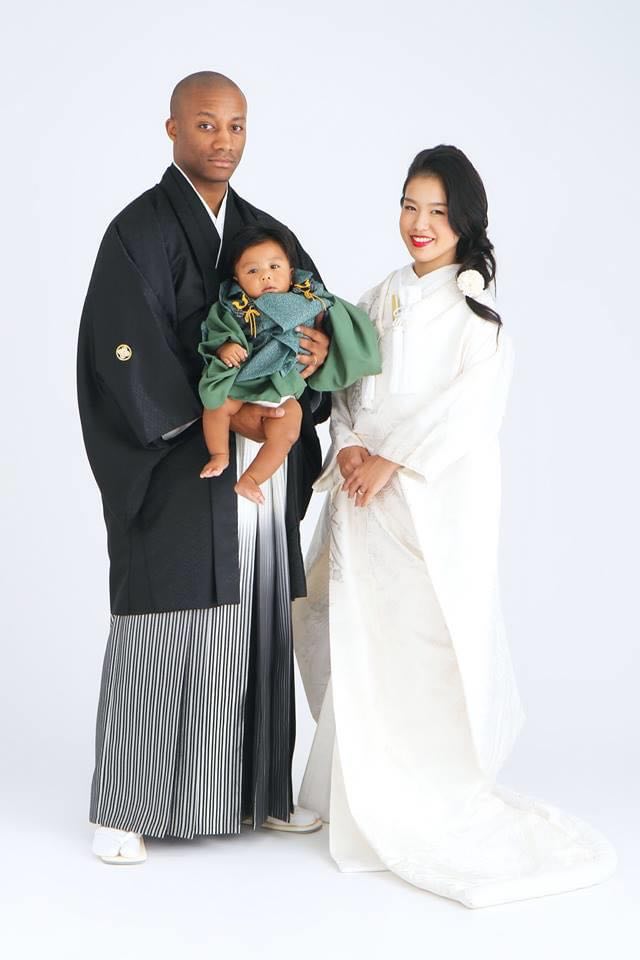 
The biggest difference here is that people are not very direct. They will not speak to you or greet you on the street if you are walking in public. Many people do not make direct eye contact either if they do not know you. The other difference is the customer experience at businesses. Everyone is polite and tries to make you feel comfortable wherever you shop or visit. Japanese culture is completely different from American culture. I do not find anything similar. One thing I really like about Japan that is not common in America are the toilets.


Japanese people are generally more reserved and shy than Americans. They do not typically speak their mind or say their true feelings because they do not want to offend anyone or hurt anyone’s feelings. Americans are the opposite. They also keep to themselves and mind their business for the most part. 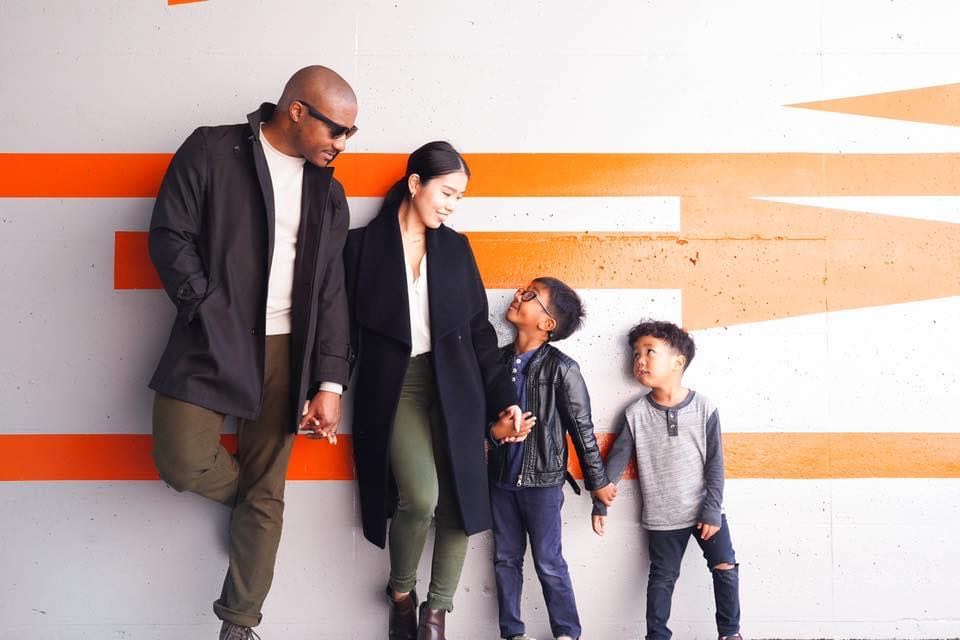 
Well, there was a time I was on the train and I took an empty seat on an express to Shibuya. The ride was a little over an hour. For some reason, none of the Japanese people who entered the train sat next to me. The only people that took the empty seat next to me were other foreigners. I found that many Japanese people this way often prefer to stand for an entire train ride than sit next to foreigners on the train. 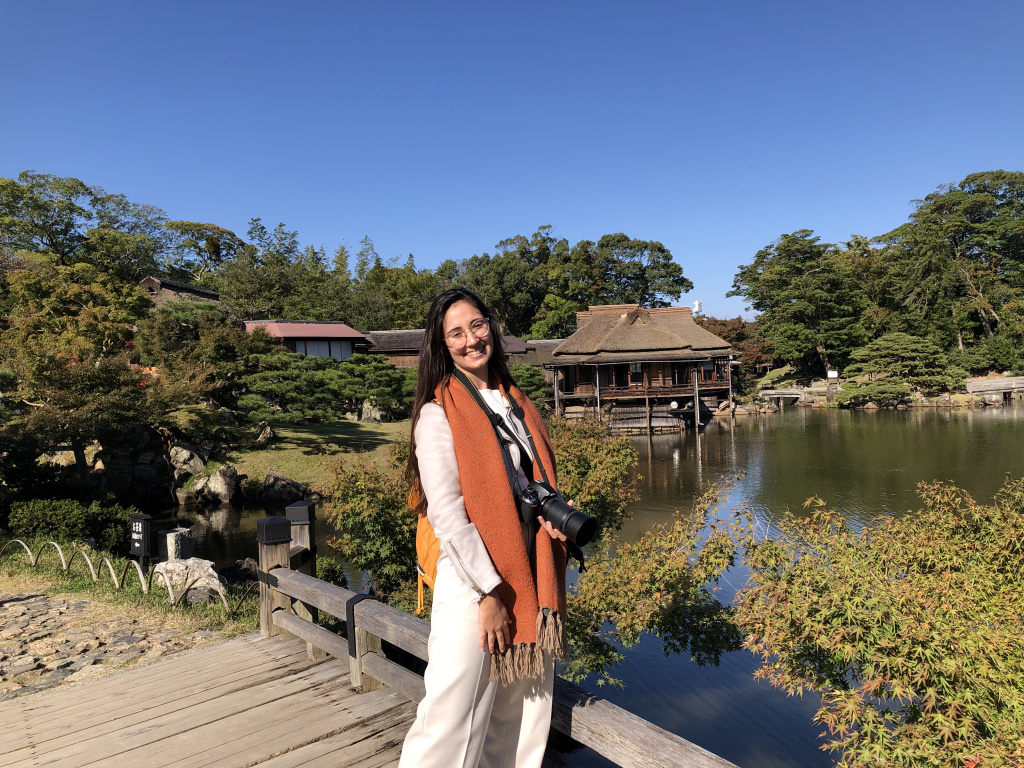 I come from the Canary Islands, in Spain, and I am a certified conference interpreter of Spanish, English, and French. I collaborate with La Via Campesina, which is an NGO who aims to improve the lives of peasants around the world.

I have always been interested in Japan, and I am especially interested in the culture, traditions, people, and handcrafts and of course, the many places it has to offer. It really is not something I can do in just a holiday trip. Living here was too far of a dream, because it is very far from my own country, I do not speak the language and the visa process is very complicated. Also, the only programs for teaching English I saw were for English-speaking countries. Luckily, the Working Holiday visa started in Spain now three years ago, so I could apply and come. My plan was to enjoy one year hear, and stay if I loved it. I have been in Japan for almost a year, and do not plan to leave anytime soon. I am also excited to say I have a regular working visa now and a full-time job as an English teacher.


My first impression was very positive. I arrived at Osaka airport, it was hot, sunny, and I really liked the city, because being as huge as it is I was surprised to see small houses and neighborhoods in the very center. People were also really nice and helpful from the first moment, and everywhere I looked, I saw beauty.


Actually, I would say I did not really face any difficulties at all. It sounds weird, but everything just settled into place, even though I had no one to help me out, I managed to do everything. Perhaps the most challenging thing was to guess what was in the supermarket.

Before coming, I was especially worried about where I would live. I found a small and traditional share house thorough a Japanese website before arriving, and the owner was nice and said I could try it out for two weeks and then decide. 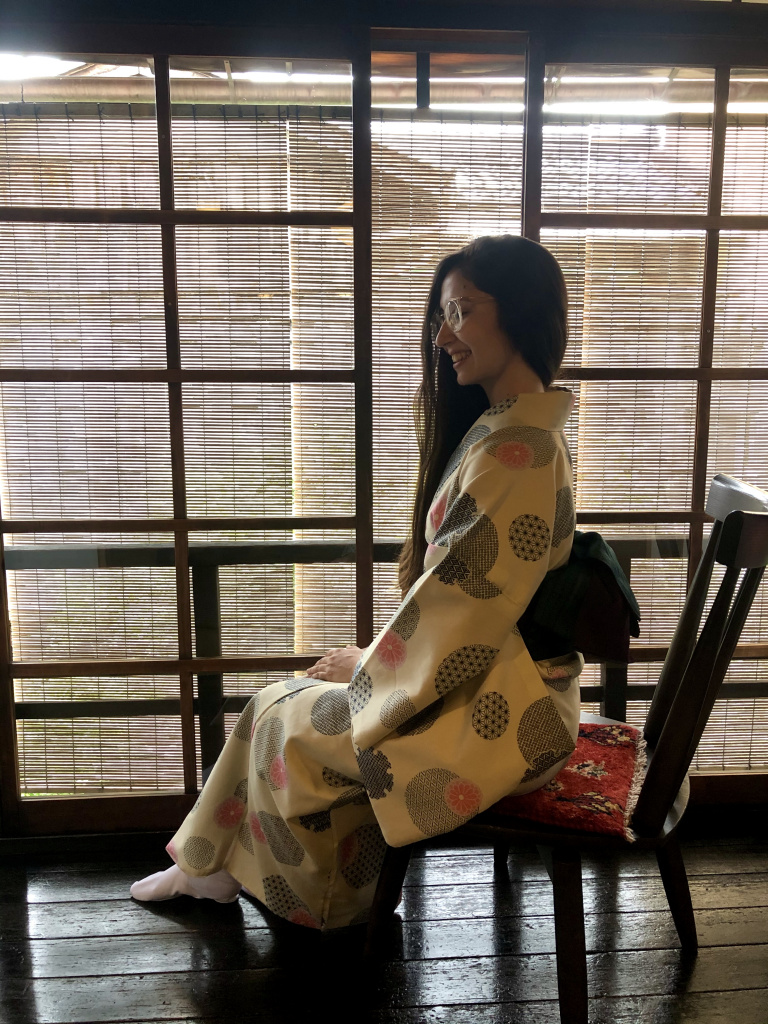 
The biggest difference is, as I mentioned, that I was shocked to discover huge cities were not full of skyscrapers, but actually have a lot of nature, traditional houses and neighborhoods everywhere, and they really mind about the aesthetic.


I would say perhaps people in Osaka are more friendly and open, and in that sense, they might be more similar to Spanish people than people from other parts of Japan. Another similarity is that we really love food, and drinking and spending time with friends.


In Western countries, I think the image we have of Japanese people is that they are very hardworking, but we really have no clue how much they enjoy going out with friends or colleagues. So I think it is very positive that they still find time to enjoy. 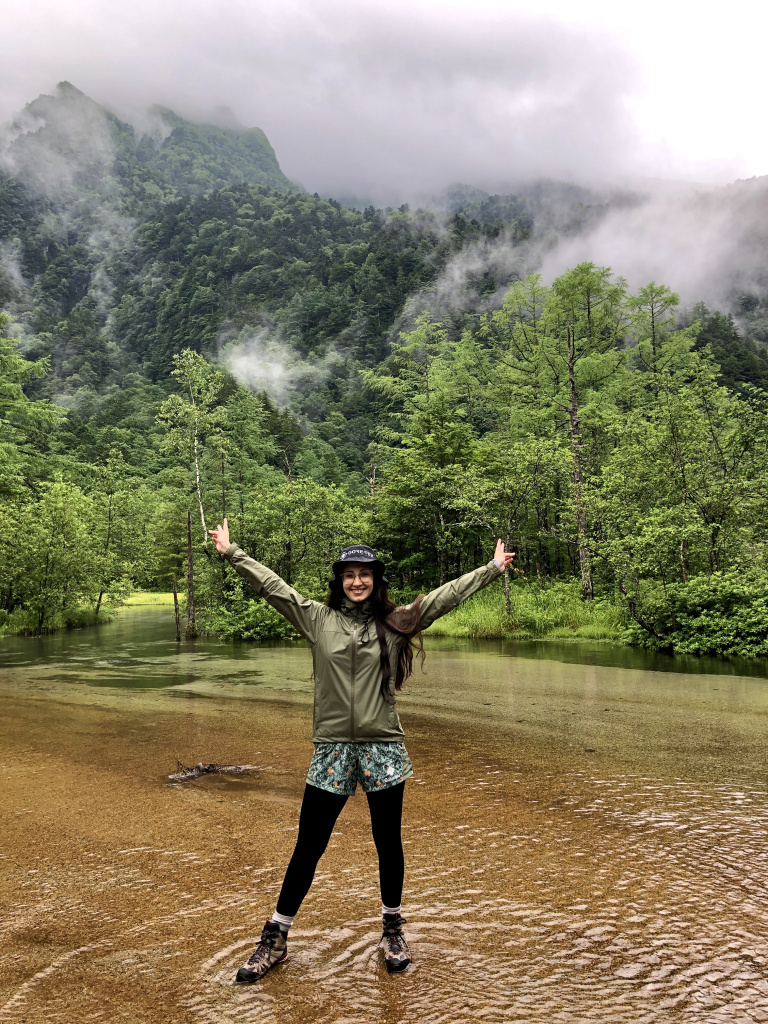 
You really cannot get tired of the huge cultural and gastronomic offer, also how everything looks so pretty in all the seasons - they actually have flowers or plants for every season. You can never get tired of places to see, especially if you enjoy nature, and the scenery looks very different from one prefecture to another.


I would say the most interesting story was one night that I went out with my Japanese housemate and I trusted him with ordering the food on the izakaya. No questions made. Suddenly a small bowl with some fried pointy-looking something arrives and I just put it in my mouth thinking it might be fried squid. It was not. It was chicken cartilage that I am not really a fan of.

1066
What is it like to live in Saudi Arabia: no public parties, language, and grand archi...