The Palace of the Shirvanshahs 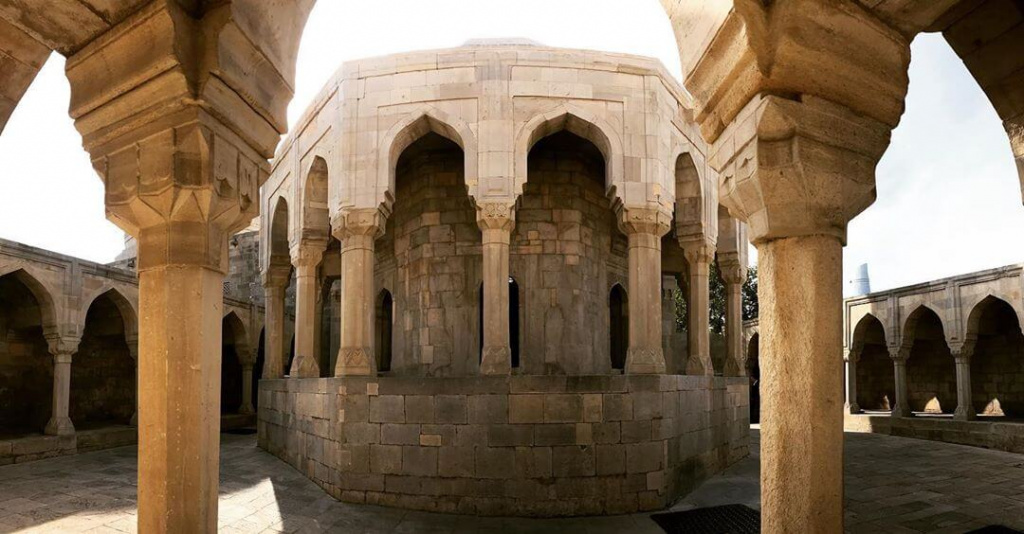 It is a 15th-century palace built by the Shirvanshahs and described by UNESCO as one of the pearls of Azerbaijan's architecture. The Palace located in Baku, Azerbaijan and, together with the Maiden Tower, forms an ensemble of historic monuments inscribed under the UNESCO World Heritage List of Historical Monuments. 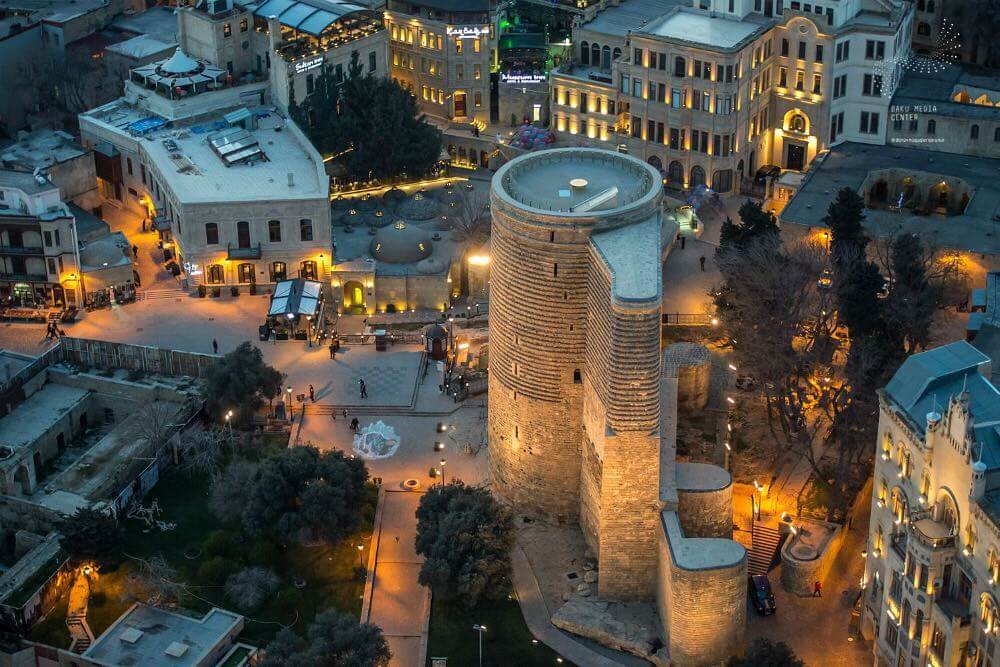 It is a 12th-century monument in Baku, Azerbaijan. It forms a group of historic monuments listed in 2001 under the UNESCO World Heritage List of Historical Monuments as cultural property. Maiden Tower is one of Azerbaijan's most distinctive national emblems and is thus featured on Azeri currency notes and official letterheads. 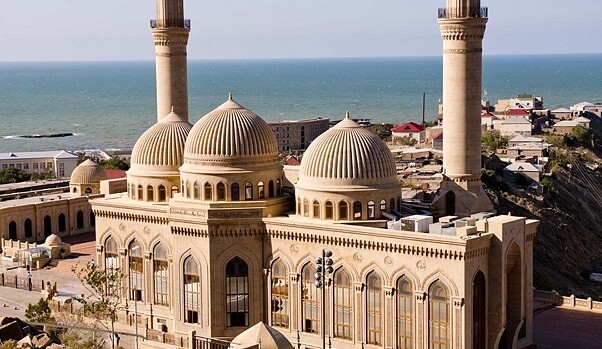 The Bibi-Heybat Mosque is a historical mosque in Baku, Azerbaijan. The Mosque is the spiritual center for the Muslims of the region and one of the major monuments of Islamic architecture in Azerbaijan.

The existing structure, built in the 1990s, is a recreation of the mosque built in the 13th century and destroyed in 1936. The Bibi-Heybat Mosque includes the tomb of Ukeyma Khanum, a descendant of Muhammad. 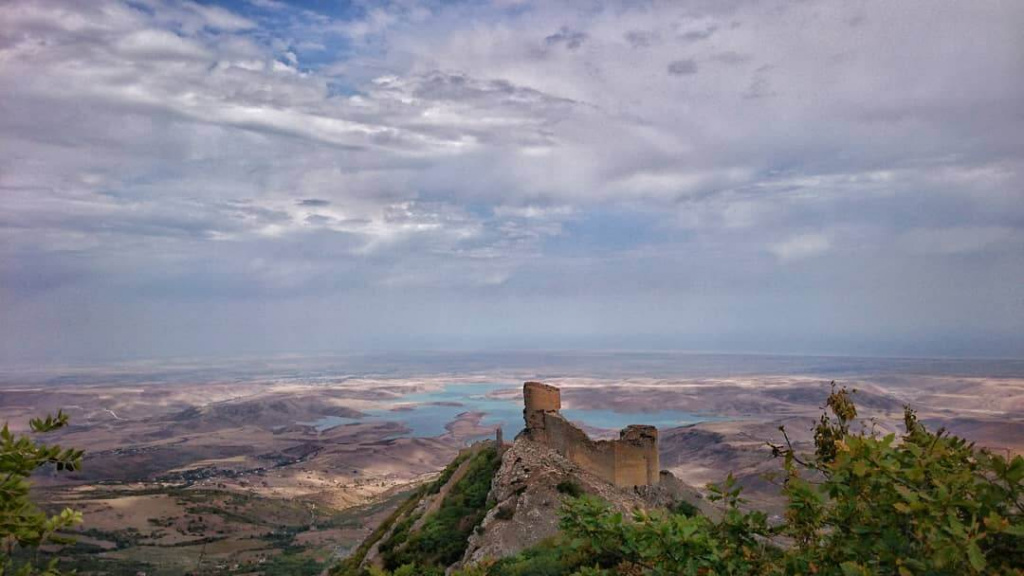 Chirag Gala is a historic site, ruined ancient fortress overlooking the Caspian coastal plains north of Baku, Azerbaijan. It was constructed by the Sassanid Persians in the 5th century and used as a defense for the khanate of Quba in the 18th century. It is included in the list of architectural monuments of world significance, and in 2019 the territory of Chirag Gala was declared a state historical and cultural reserve. 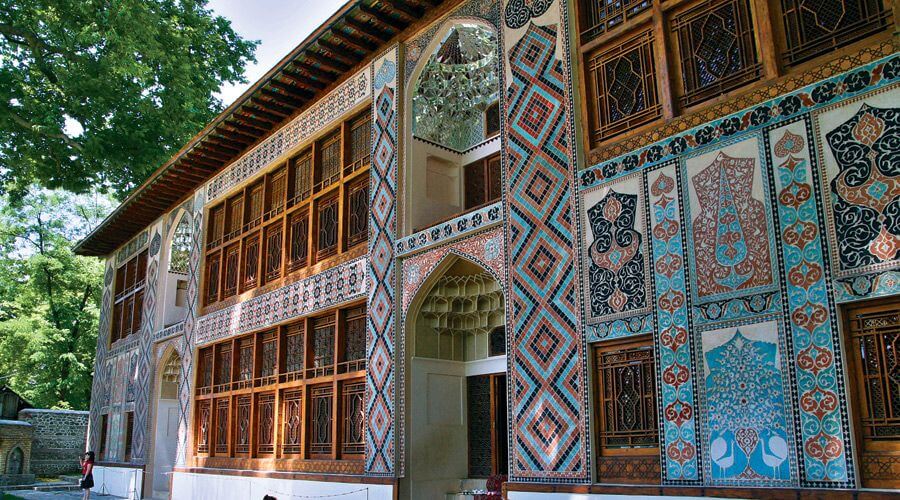 The former residence of the Sheki Khans, located in Sheki, Azerbaijan. The Palace of Shaki Khans is a museum of history and culture of world significance, part of the state historical and architectural reserve. The palace built in the XVIII century in the Persian style and located in the elevated North-Eastern part of the city on the territory enclosed by fortress walls.

The Palace is one of the best examples of palace architecture of the XVIII century in the Caucasus and one of the pearls of Azerbaijan's architecture. The Historic Centre of Sheki with the Khan’s Palace inscribed as a UNESCO World Heritage Site. 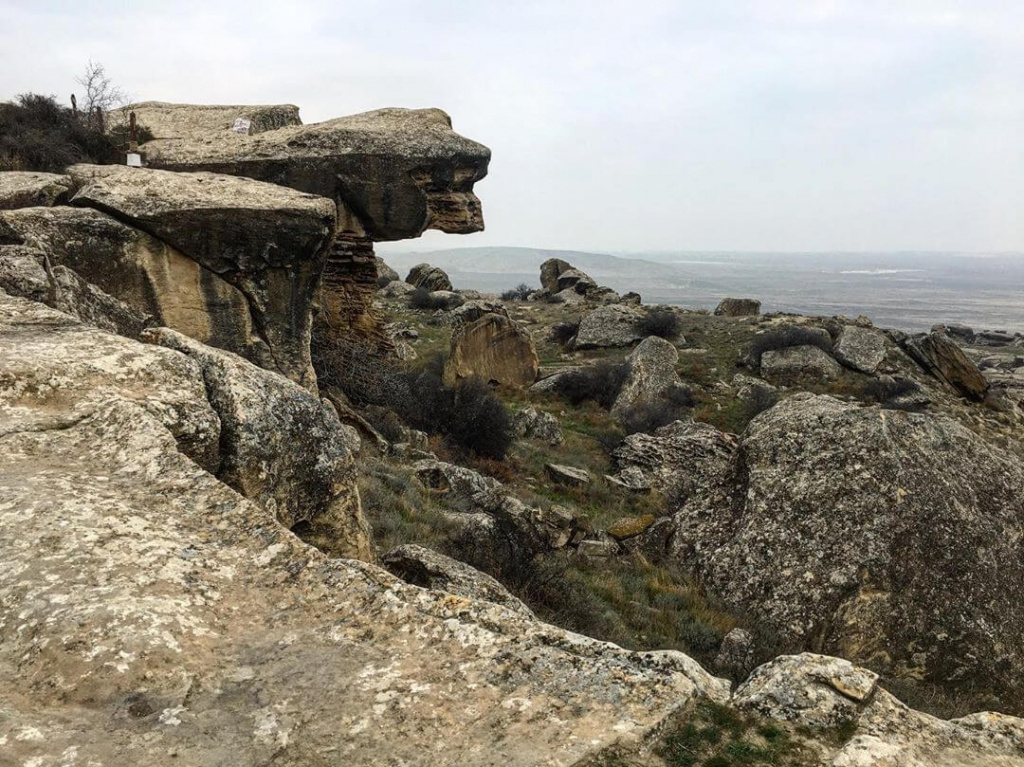 A historical landmark of central Azerbaijan, which covers three areas of a plateau of rocky boulders rising out of the semi-desert, with an outstanding collection of more than 6,000 rock engravings bearing testimony to 40,000 years of rock art. The site also features the remains of inhabited caves, settlements, and burials, all reflecting an intensive human use by the inhabitants of the area during the wet period that followed the last Ice Age, from the Upper Paleolithic to the Middle Ages. Gobustan State Historical and Cultural Reserve acquired national status in 2006. In 2007, Gobustan Rock Art Cultural Landscape was included in the UNESCO World Heritage List.

Read this article
FOREIGN EXPERTS ON START-UP INVESTING IN KAZAKHSTAN

1739
When to visit Mongolia: climate guide

850
Modern Turkish artists whose work you should know