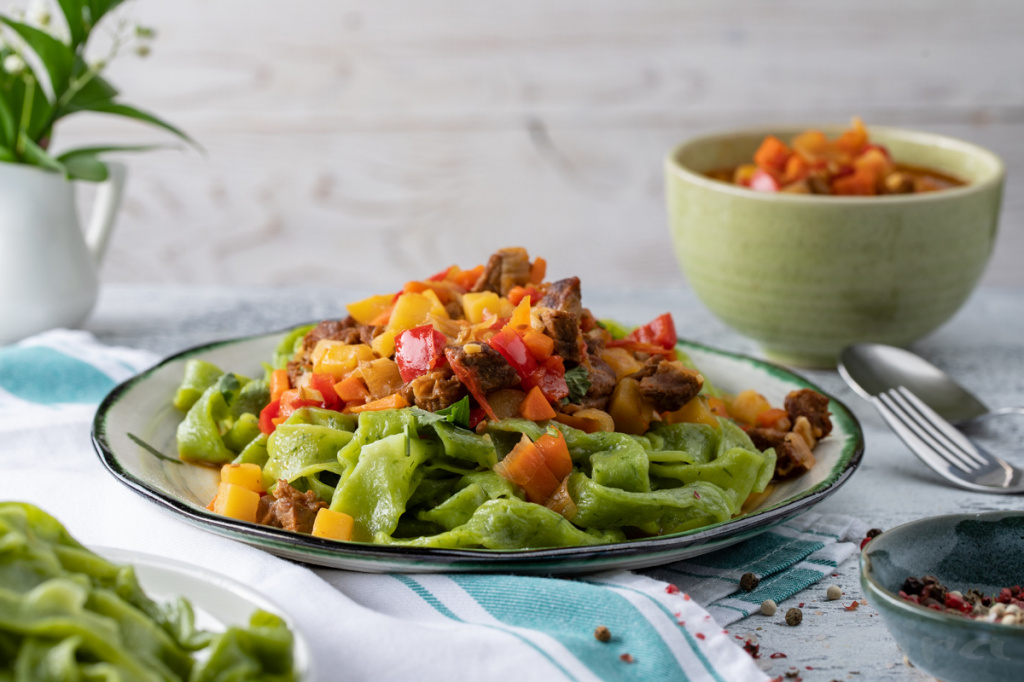 Shivit oshi is probably the most colorful food in Uzbekistan. The bright green noodles have been infused with dill which makes them both eye-catching and flavorful. They are topped with a stew of meat, peppers, tomatoes, onions, potatoes, and carrots and served with a side of yogurt or sour cream. Shivit oshi is traditionally served in Khiva. It’s actually on the menu of every single restaurant in Khiva’s old city, but you won’t encounter it anywhere else in Uzbekistan. 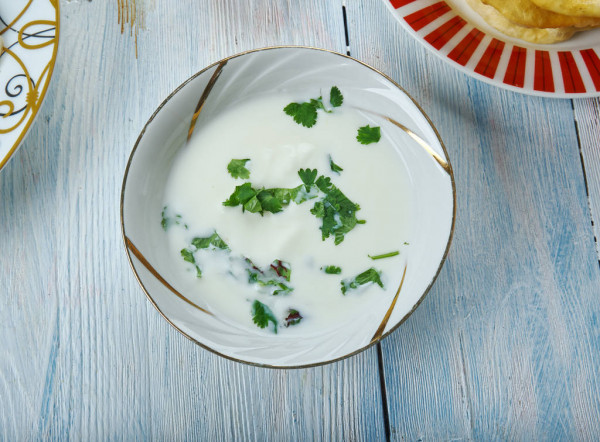 Charlop is cold yogurt soup made with cilantro, dill, parsley, radishes, and cucumbers. It’s a nice start to a meal as it’s light and refreshing especially if you’re visiting Uzbekistan in the summer. 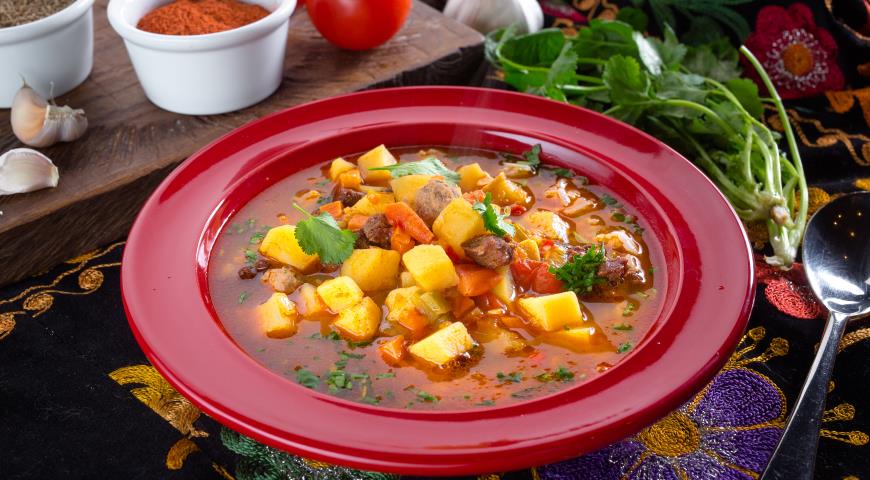 Mastava is a thick, hearty soup that is always prepared using a roasting method, typical of Central Asian cuisine, but distinguished by the presence of rice, meat, potatoes, and other vegetables, served with a dollop of sour cream. It can only be made from rice and vegetables, but soup boiled in meat broth has become widespread. 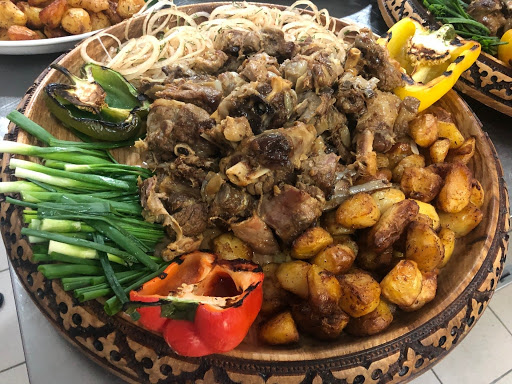 The syrne is slightly marinated meat. There is also an option for cooking this dish with the addition of vegetables. It is believed that earlier, when there were no refrigerators, Kazakhs slaughtered lamb and immediately cooked all the meat in a large cauldron, after which they invited neighbors. At the slaughter of lamb neighbors were also invited to the syrne. So the Kazakhs ate constantly freshly prepared meat. 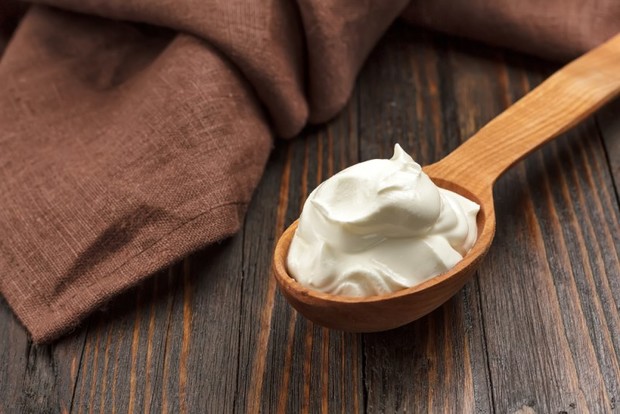 Kaymak is a creamy dairy product similar to clotted cream, made from the milk of water buffalo, cows, sheep, or goats. The traditional method of making kaymak is to boil the milk slowly, then simmer it for two hours over a very low heat. After the heat source is shut off, the cream is skimmed and left to chill for several hours or days. Kaymak has a high percentage of milk fat, typically about 60%. It has a thick, creamy consistency and a rich taste. 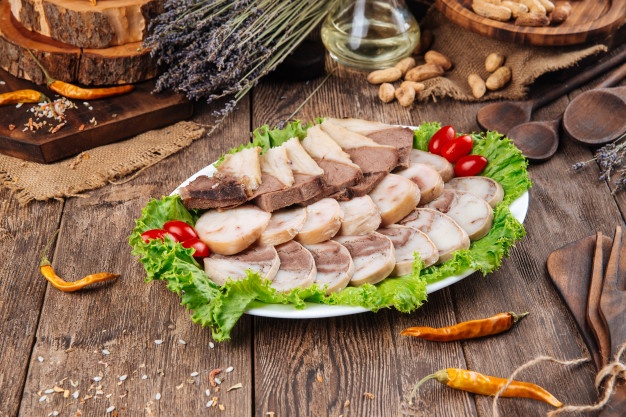 Qarta is a horse meat dish popular in Kazakh culture. It consists of boiled and pan-fried horse rectum. Qarta is usually served as a side dish in a platter of qazy - a horse rib meat sausage - and with minimal seasoning. Other methods of cooking Qarta involve either smoking and drying for 24 and 48 hours respectively, or simmering it with salt, green peppers, and dill. 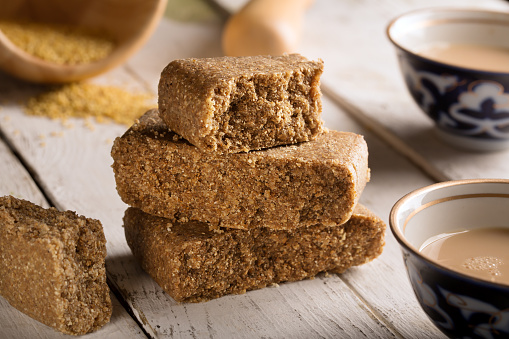 Jent is prepared from talkan, milk, butter, sugar, honey, and raisins. Fried wheat is pounded in a mortar. The resulting product is mixed with sugar and raisins, then butter is added. The dish needs to be cooled to a solid. Ready jent is cut with a sharp hot knife. In the past, only rich people could afford such a treat. 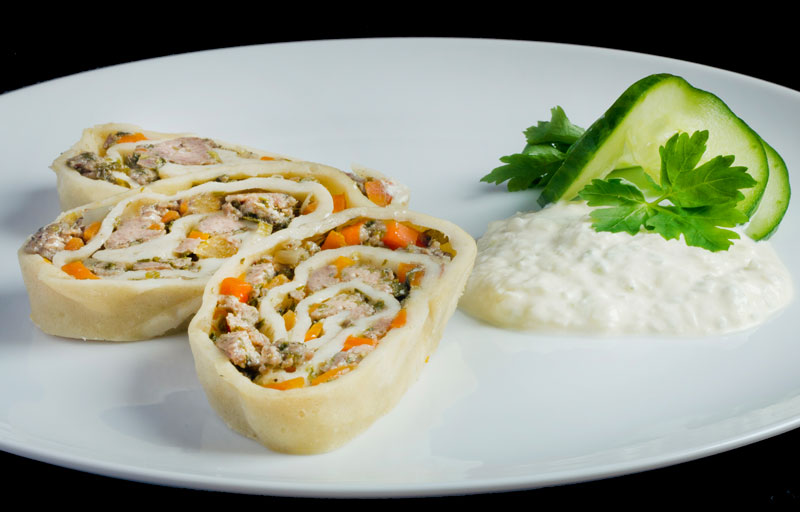 Oromo is a traditional steamed pie made in Central Asia, especially among the Kyrgyz and the Kazakhs. The name comes from the word "to roll" or "to wrap", referring to how the food is made. The dough is made from flour, water, and salt. It is kneaded and rolled thin, and a filling is spread over it. The filling may contain minced potatoes, minced meat, animal fat, and sometimes minced pumpkin or some other vegetable. 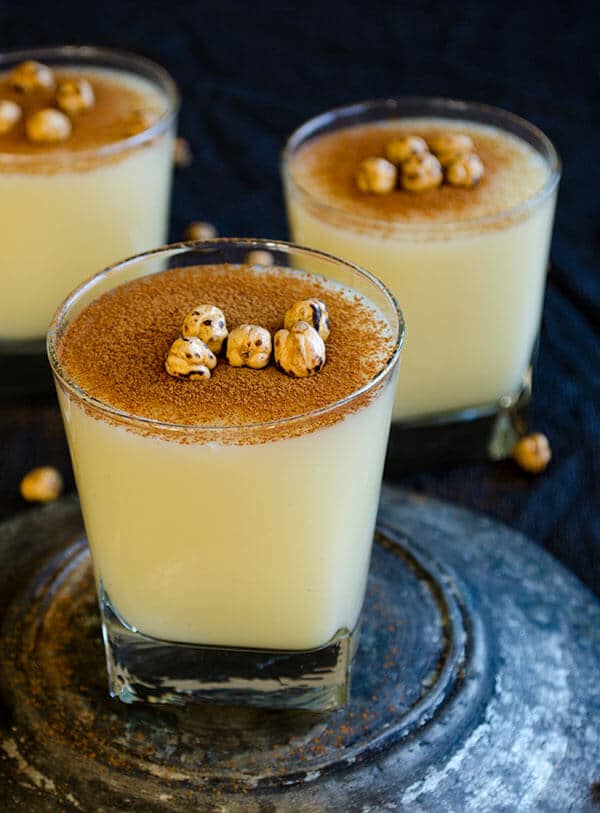 Bozo is a centuries-old, fermented drink usually made from millet or corn. The grains of choice get boiled up and strained through a cloth. It’s drunk warm or cold and is most popular during winter. 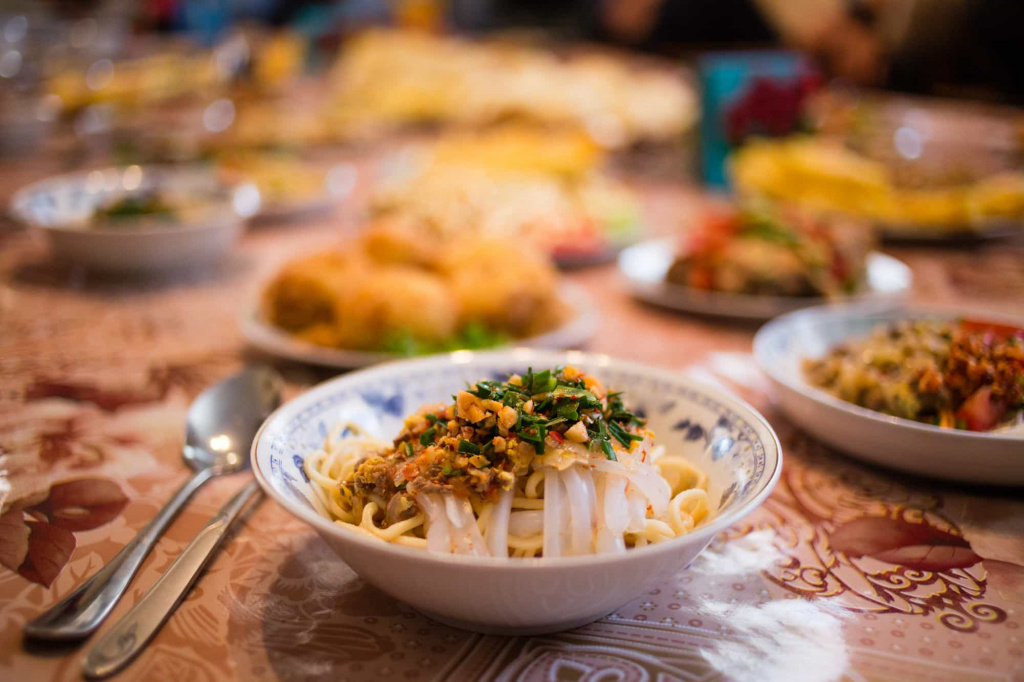 This spicy, cold, Dungan soup plays with texture and taste by using two kinds of noodles — thick rice noodles and thinner wheat noodles — mixed with a vinegar chili sauce and topped with a heaping spoonful of chopped herbs. To balance the flavor, tone down the spice, and mop up all that delicious broth.

1231
French, Arabic, Scandinavian and other missing restaurants in Astana

1669
Where to drink coffee with dairy-free milk in Almaty