What brought the Americans to Georgia: hospitality, delicious food, and wine

What brought the Americans to Georgia: hospitality, delicious food, and wine 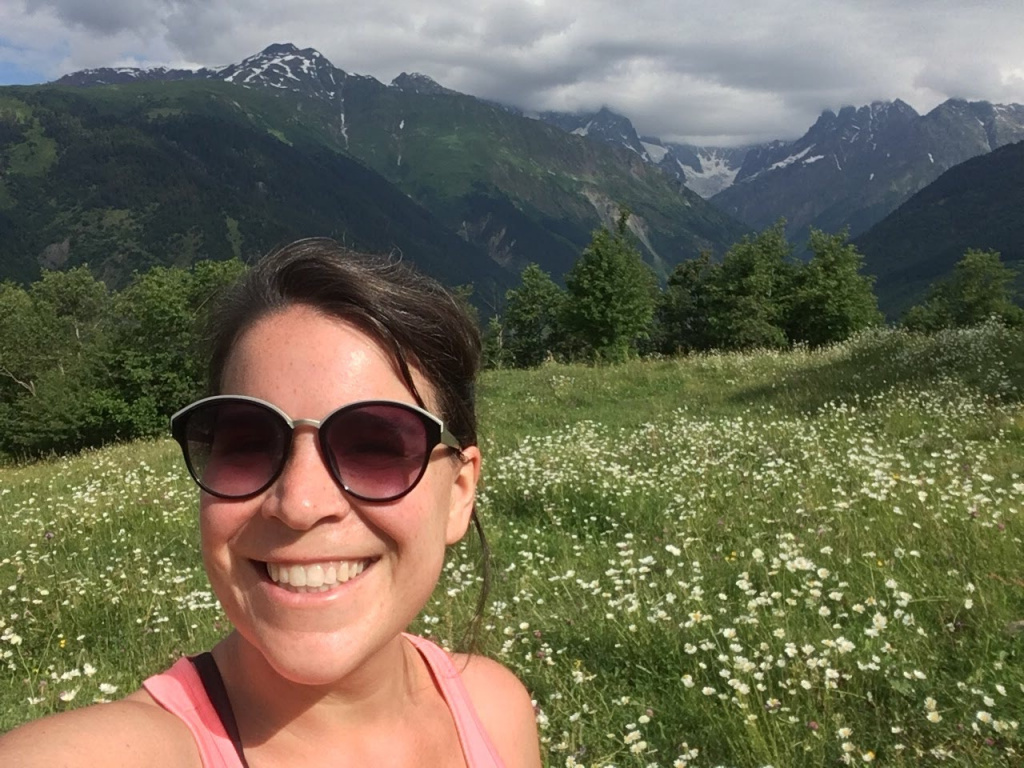 I currently work for a non-profit organization that hosts volunteer events, and my professional background is in community development and non-profits. I started traveling after university, living for two years in Bulgaria as an English teacher. I recently lived between the USA, Italy and Georgia.

I lived in Georgia for about one and a half years. I decided to move to Georgia in 2017 because I was very interested in the Caucus and Black Sea region. I had lived in Bulgaria and Turkey, and wanted to continue traveling east. Georgia seemed like a beautiful and friendly place to go, and provided visa-free stays for up to 12 months. After six months studying in Italy in 2019, I decided to go back to Georgia to look for work in international development. I missed my friends there and the lifestyle.


I expected that Georgia would look like the Balkans, and in a few ways, it did, but I was surprised by how different it was from what I had imagined. The landscape, the architecture and the music were beautiful and unique. It was such a fascinating mix of people, histories and influences all living together. Georgian people are incredibly friendly and hospitable, so my first impressions were one of being welcomed to a very unfamiliar place. Also, Georgians are terrible drivers. The first few times in a car or bus were scary, and it took a lot of time to get used to the constant risks involved with road travel.


The most difficult thing about moving to Georgia was the language. It has its own alphabet, and many of the letters sound quite similar.

The grammar structure was very unfamiliar too, and it felt very challenging to learn even simple vocabulary. Like letter “k”sound comes from the very back of the throat or “gh” pronounced much like the French “r”. I was very lucky to live with a Georgian host family who were very patient with my lack of language skills, but another thing that I found hard at first was meeting young people my age. I lived in a small town and most day-to-day activities were very gender segregated. Certain sports were for men, the restaurant has only a zone for families or young. Most of my peers were married and home with their husbands and children. Very few young women were free to spend social time with me.


I think my perspective was a bit different from other Westerners' because I had lived in Eastern Europe for a few years, so I was used to poor road conditions and crumbling houses, livestock in the streets and a general inefficiency of public services like buses and government functions. Georgia is absolutely a place to expect a simple task to take most of the day to accomplish. There is no particular hurry to get anything done, bus schedules do not seem to exist, and it is very common for people to call out of work the day after a big party or a birthday celebration. I found all of that very charming. 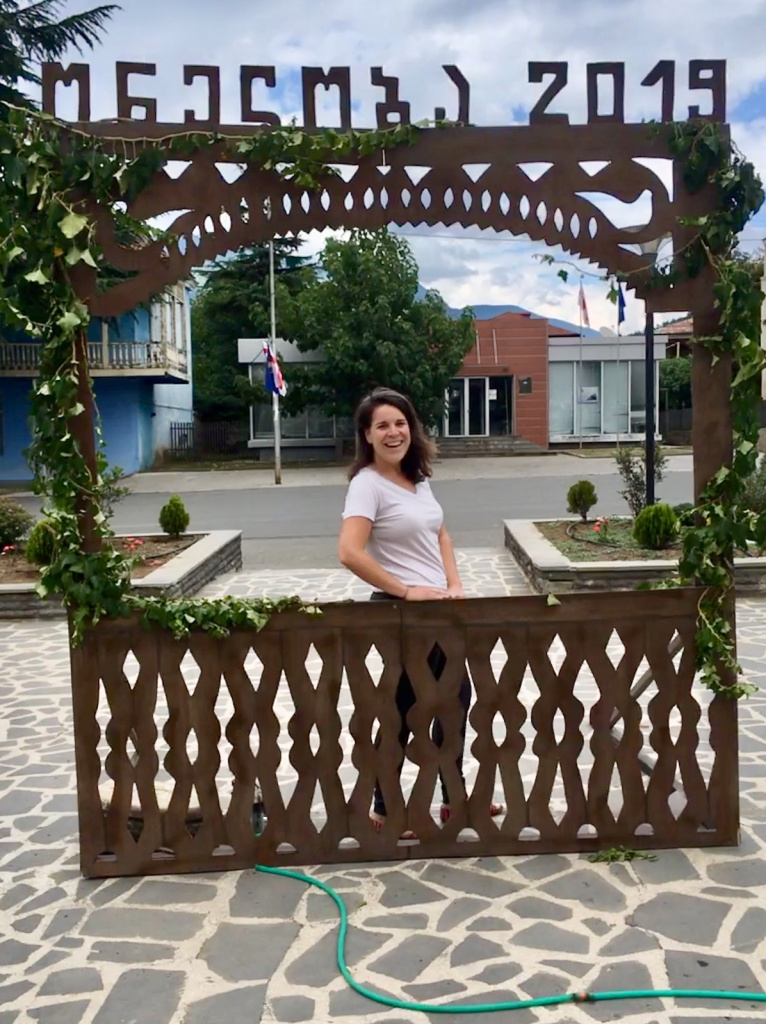 
I think there are very few similarities between Georgian and American culture. Perhaps one thing both cultures share is a great pride for our countries, and lots of proud boasting and patriotism.


Georgian people are perhaps the friendliest and happy people I have ever met. They are very curious, love to meet guests and are excellent hosts, and love to share the history and culture of Georgia with visitors. They are incredibly dedicated to their families, and family units stay very close from generation to generation. It is incredibly common for young people in their 20s and 30s, while out socializing with friends, to receive several calls from their parents just "checking in" on them. I find most Georgians to be hardworking. I think they believe in the future of their country, and want to make an effort to improve their communities and country for future generations. They also love children. Children are a family's greatest joy, and everyone delights in spending time playing with children. 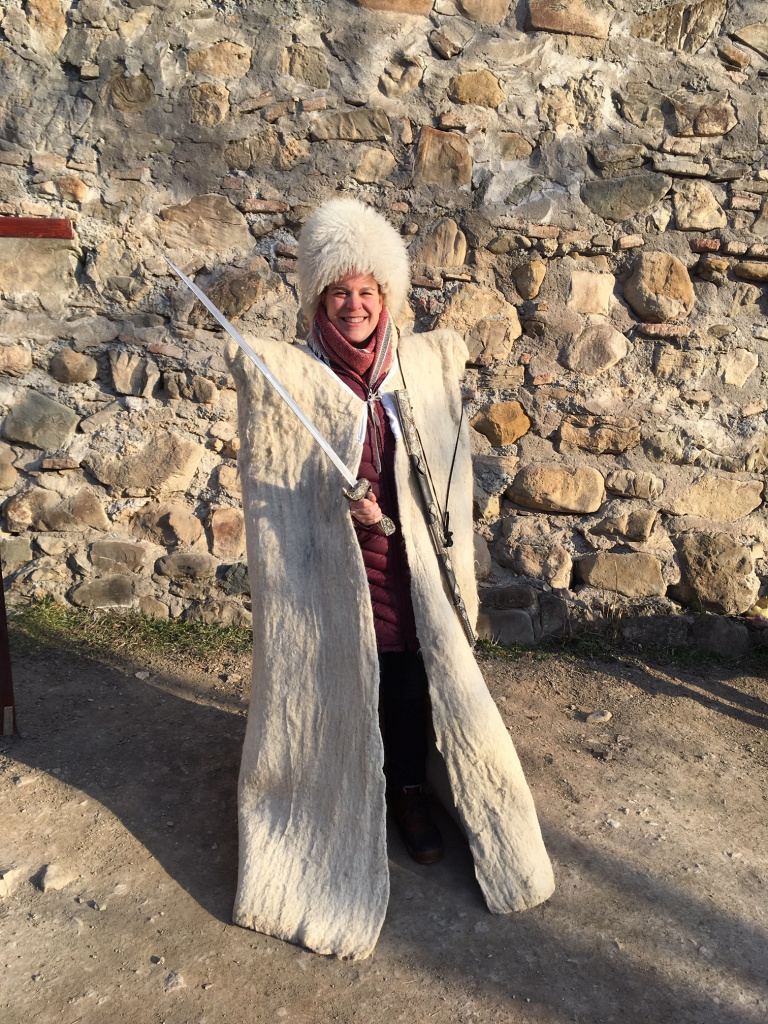 Georgians are especially talented dancers, and their performances are really spectacular. It probably does not hurt that I find Georgians to be very attractive people.


There are several things about Georgia that I love. I love that people in Georgia embrace the moment and their emotions. I love that it is easy to find local fresh fruit and vegetables and homemade honey and jams, this is difficult and expensive in the USA. I love that a host will always invite you to stay a little longer, to have another drink and another plate of food. I love the old soviet sanatoriums in Tskaltubo and dream of seeing the ruined resorts in occupied Abkhazia.


I had a British friend who married a Georgian man, and she invited her friends and family to Georgia to attend the wedding celebration. I tried to explain to British friend that the wedding would last for hours, that there would be countless toasts and too much drinking and to pace themselves. A little while later, one British person said "Hey! That table of Georgian men are inviting us over!" "Don't go!" I replied, "It's a bad idea!" But against my suggestions the Brits joined the Georgians. Not long after, another wedding guest was looking for her husband. He was not at the table with the Georgians or anywhere in the wedding hall. She eventually found him outside, sick. All this before midnight at a wedding. It was very funny for me but not so funny for the man. 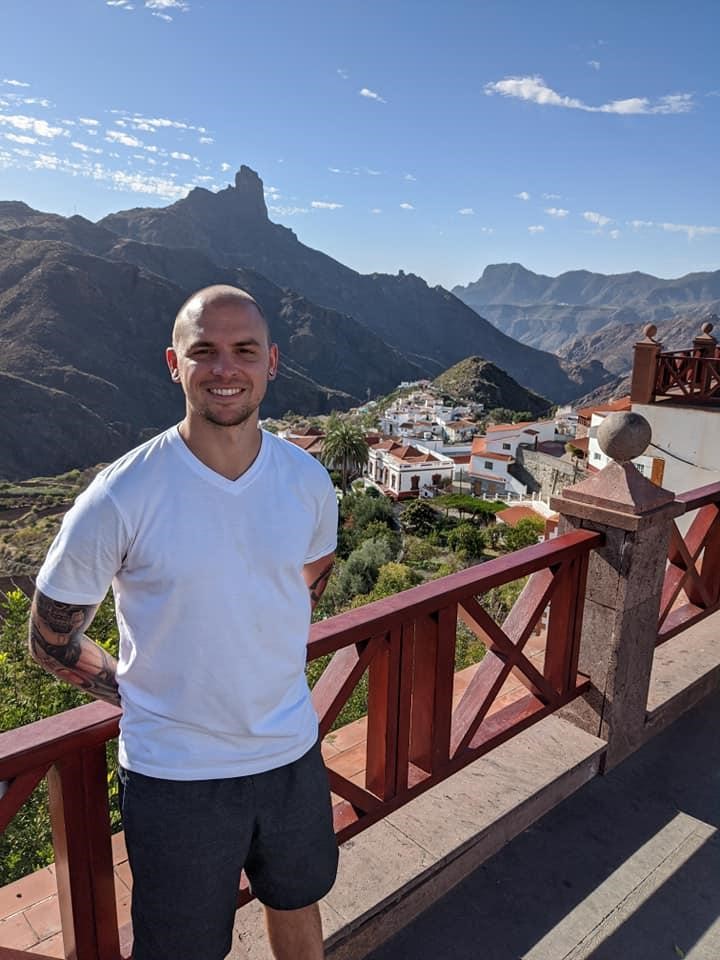 I am originally from the US, but I have been travelling full time for over two years as a digital nomad. I run a company called Better Together that builds community and accountability groups for side hustlers and entrepreneurs. I help people uncover their dreams for a better life, and then build community and systems around those dreams to facilitate their success. I have been in Georgia since February 2020. I decided to visit Georgia because I have been hearing so many great things about the country from other travelers. I think it was mostly curiosity that brought me here.


My first impression was shaped by the architecture. It became clear that Georgia was trying to appeal to visitors, but also that it is a country in transition. There was a clear mix of modern buildings with older buildings from the Soviet era. It felt like the country was growing and changing quickly. A welcomed mix of traditional culture and progressive ideas.


Honestly, the biggest difficulty was living on the 12th floor of an older building. Our elevator did not work very well, so our legs became very strong.The language was also very challenging. We took one Georgian lesson, and quickly realized that the time commitment to learn it would be much larger than romance and Latin-based languages. I am a bit embarrassed of how little Georgian I have learned in the last five months. 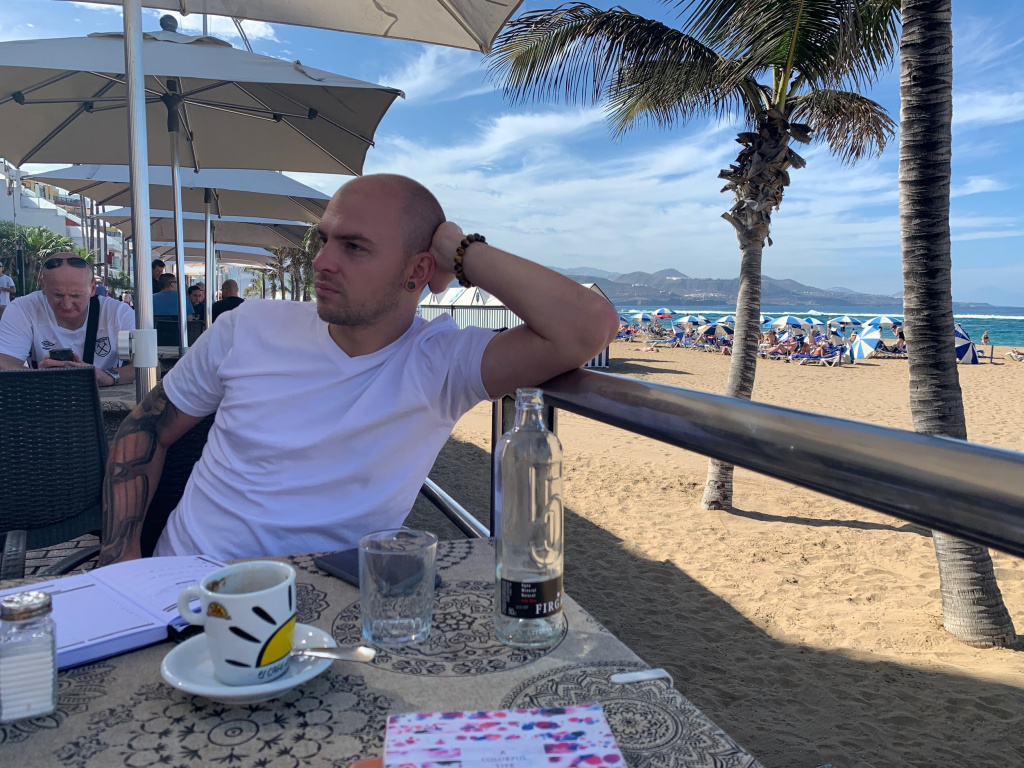 
I noticed very quickly that people are very kind here, once you spend some energy to form relationships. As an outsider, it seems that there is a large value placed on relationships in Georgia. I really value this, because I think sometimes that it is easy for people in big cities to feel isolated. I have a suspicion that Georgians have a good perspective on life - they are strong from challenges and hardship, and grateful for relationships and growth.


The most I travel, the more I become convinced that people in all countries have more similarities than differences. Just like where I am from Oregon in the US, we love our families, friends, and our wine. We like to enjoy nature and appreciate good food. We are hungry for growth and we welcome outsiders.


The Georgian people and way of living is very appealing to me. I love the long toasts and love of food. I love the friendliness and the sound of the Georgian language. Georgia is a relatively unknown gem in the world, and I am excited for the future of Georgia. 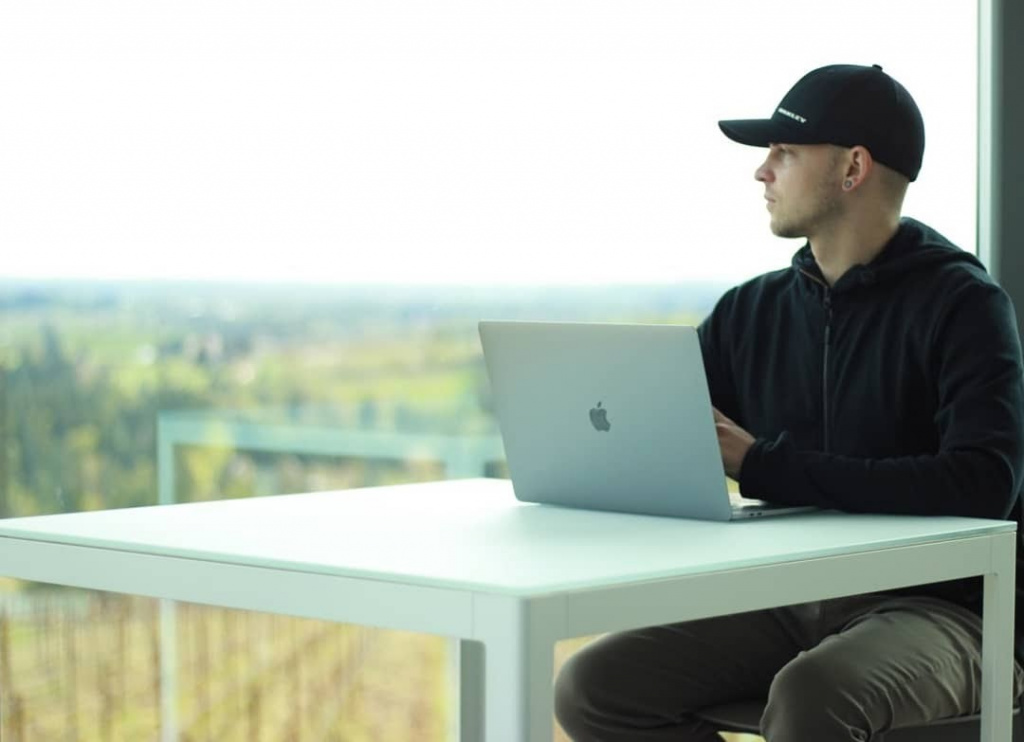 
Khachapuri, khinkali, saperavi, qvevris. All of the amazing berries and produce. I love walking to a small nearby shop and buying a basket of blueberries. I also love smoked suluguni so much. I love the art of winemaking. Getting to experience Georgia's incredible wine culture and traditions have been incredible.Our country would be better with these things.


My favorite experience in Georgia so far is visiting the Marani Ruispiris Vineyard. The owner was so friendly. “Here you are family” he told us when we arrived. He placed six bottles of their incredible wine on the table and told us about their winemaking philosophy and the story of how he learnt how to make wine in Switzerland. We ended up staying there for almost three hours, sharing our stories and enjoying the beautiful scenery. Just beautiful hospitality, friendliness and incredible wine. 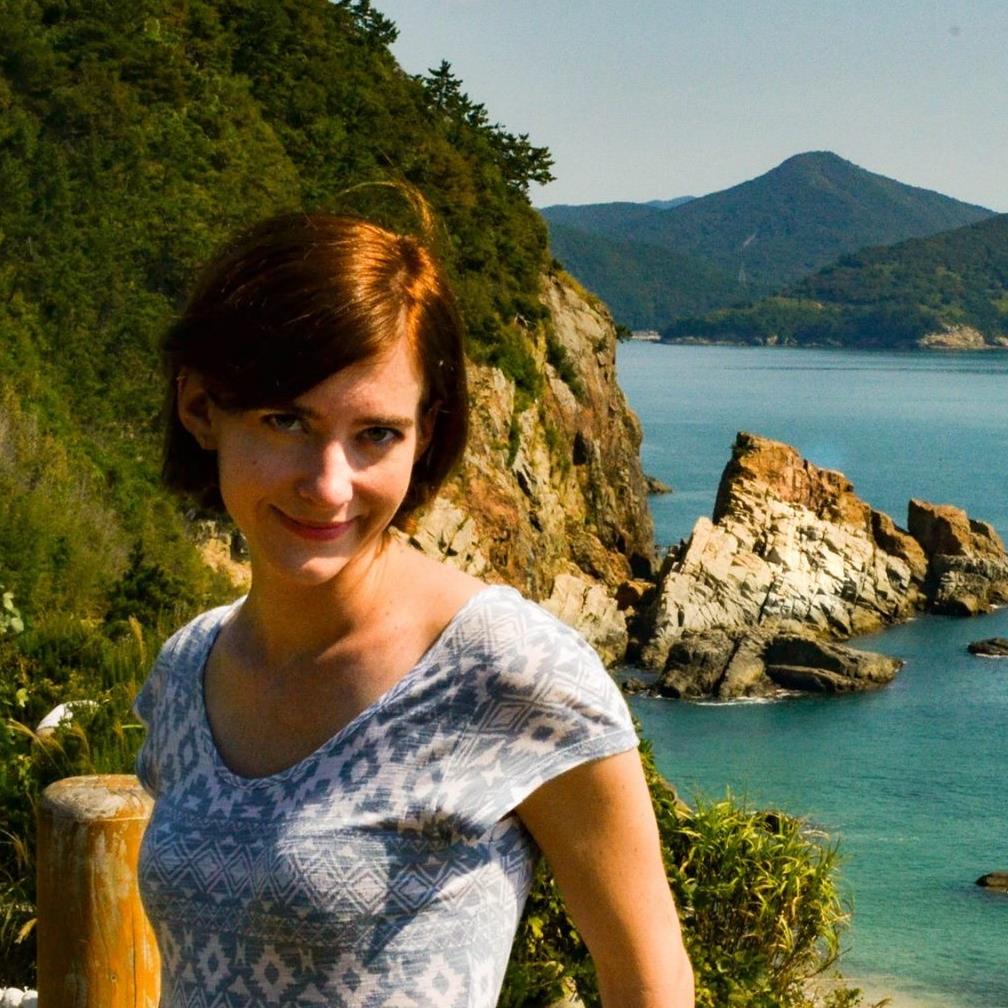 I was born in the US and moved to South Africa when I was nine. For a living, I teach Language Arts and Literature online to Chinese students. I have lived in Georgia for about 14 months. My husband and I decided to move because we wanted to live in a country with a low cost of living while we study. We had been living in Chiang Mai, Thailand, but it was becoming difficult to renew our visas, and we heard that Georgia would have a much better visa situation for us.


My first impressions were that the people are hospitable, the architecture is beautiful and quirky, and the food is amazing.


I think what struck me most when I first arrived was the architecture. Tbilisi has such a long and varied history, and you can see it in the buildings, from the iconic balconies and courtyards of Old Tbilisi to Soviet-era apartment blocks to fourth-century Narikala Fortress. 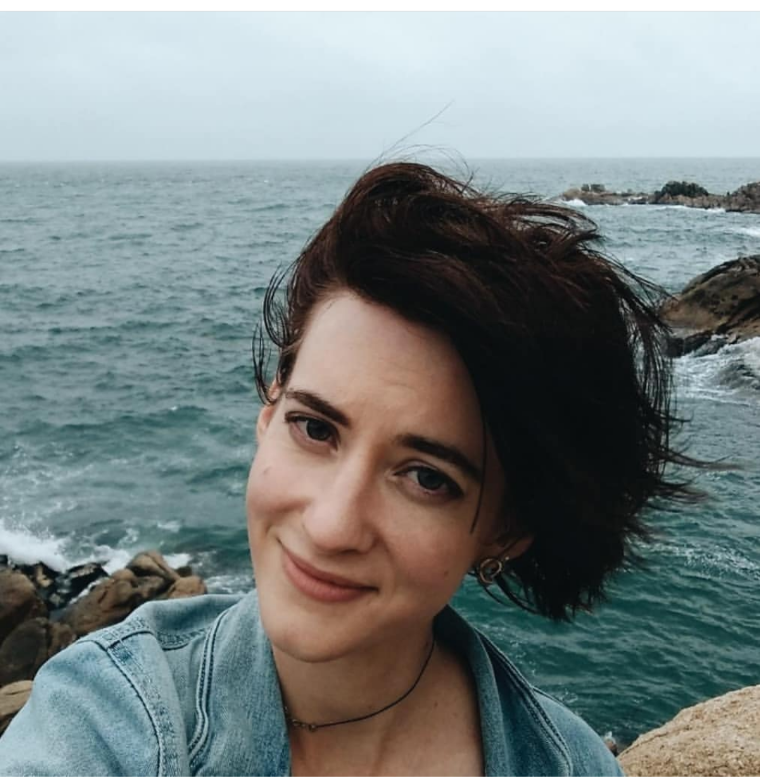 
In general, I think that Georgians enjoy life and good wine. Family and community ties are strong and Georgians seem to have a deep sense of their history. People usually enjoy talking to strangers and asking what brought them to Georgia.


Moving here was easy, actually. We did not have any problems finding an apartment or getting anything we needed. Of any country I have moved to, I think Georgia is the easiest. One thing my home countries lack is good public transportation. In Tbilisi, it is so easy to get around by metro, bus, or taxi. It is also easy and cheap to travel around Georgia by train or marshrutka. My favorite thing about living here is all the friendly stray dogs. Tbilisi's street dogs are almost all well cared for, safe, and chill. If you want a doggie friend, just walk outside and say hello to one. 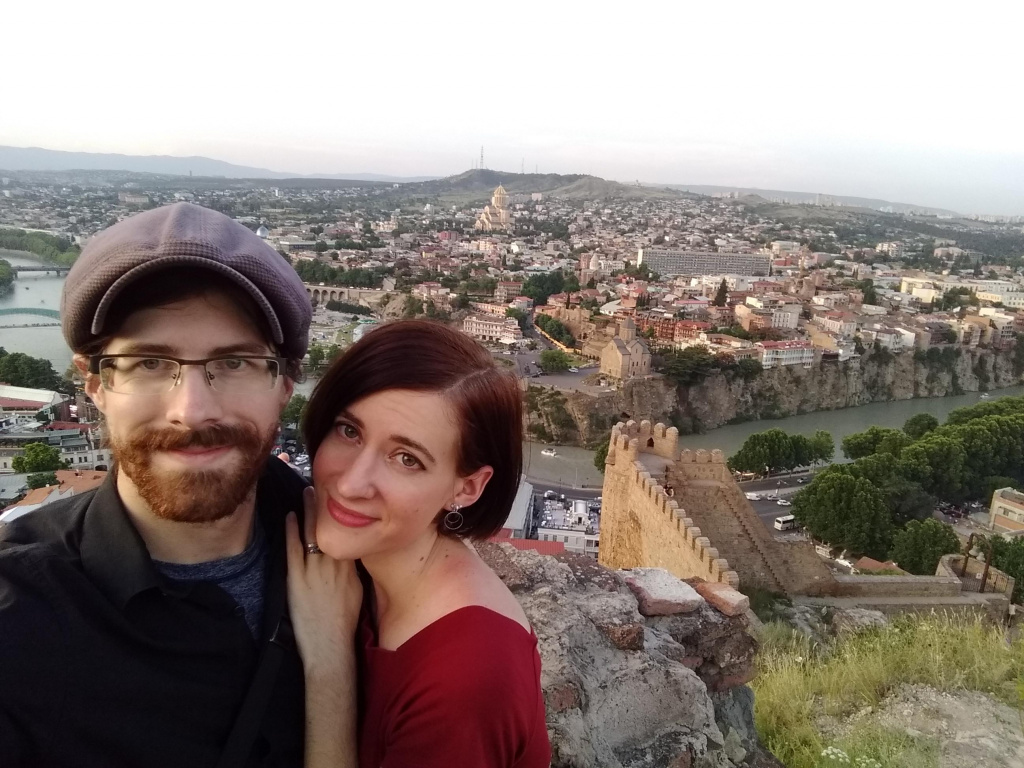 
On our flight to Georgia, we were seated next to a Georgian passenger who started chatting with us. After our flight landed, he ended up bringing us to his apartment, helping us get SIM cards for our phones, showing us around downtown Tbilisi, and then driving us to our Airbnb. He also happens to be in Georgia's national rugby team and he has played in South Africa. We had heard about Georgian hospitality, but we had no idea we would experience before we even set food in the country.

1004
Choreographer from Israel on contemporary dance and new techniques