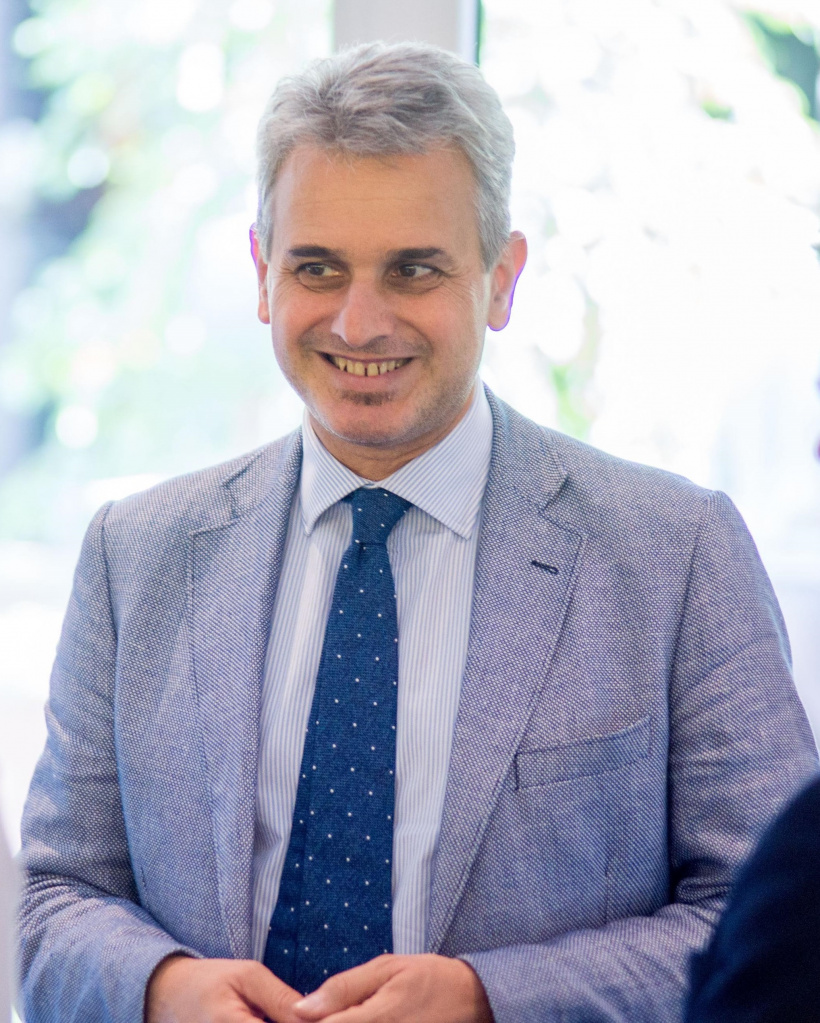 I am an Italian from Milan. In my life, I was an entrepreneur, trainer, lobbyist, diplomat and consultant. I used to live in Milan, Barcelona and Rome. Today, I live and work in Odessa.

Three years ago, I came to Odessa to work for the business development of an investment in the hotels sector. When my job for my Italian employers was completed, I continued working for a local Ukrainian group, until I started up my own business.


Actually, there are two countries in Ukraine: the new Ukraine with a new dynamic generation, willing to build up a better country, with more opportunities for the people and an honest administration; the other Ukraine is a Soviet-style country, still ruled by an old generation of officials, who block reforms to fight illegal behaviors and protect monopolistic positions.


Firstly, the use of communication in English at work is very low, compared to other big cities in Europe. This is a strategic weakness, for a country with the ambition to become more international, especially in times of coronavirus lockdown, which favours online communication. Secondly, there are in Ukraine very good workers, bad workers and cheaters like in any country. In your business relations, you have to understand quickly which of these categories they belong to. Fortunately, cheaters have a bad reputation, which is very easy to detect and, once you have found Ukrainian trustworthy partners, you can safely develop your projects. 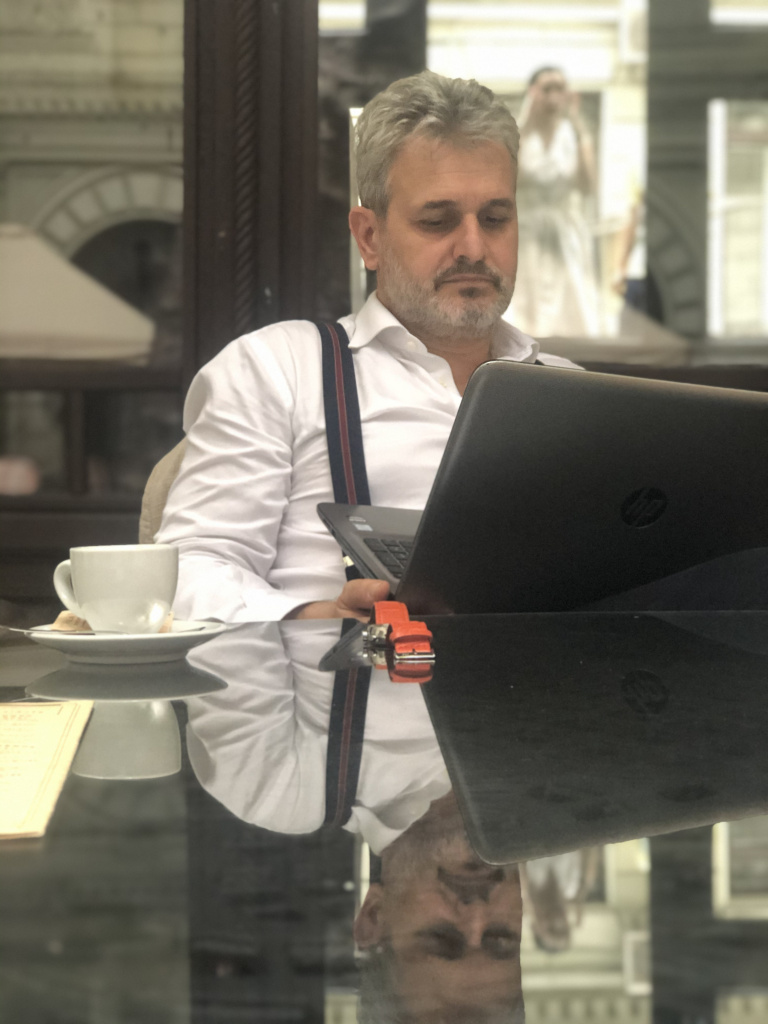 
If we speak about digital infrastructure, in Ukraine they have good and cheap services. Wi-Fi is available everywhere in public places, for example in Italy it is not like that, still. Taxi booking on smartphone and postal service are more innovative than in many European countries. Other physical infrastructure like railways, national roads, water supply or waste treatment have still a poor standard from USSR times.


There are many similarities between Italy and Ukraine, especially in Odessa. In the first half of the 19th Century, the Italians represented the economic leadership of the City. Port contracts, customs controls and trade operations were all in Italian. The Italian community pushed the building of the Opera Theatre as a landmark of the City, where Italian classic music was performed until our days. Moreover, many architects coming from Italy created the style of Odessa’s buildings and streets, including the famous Potemkin Staircase. Nowadays, the presence of cultural initiatives, emerging artists and important museums in Ukraine, make a foreigner like me feel that I live in a place very close to my Country.


As far as the Ukrainians’ are concerned, they share with the Italians the emotional and opened temperament. Especially for Odessites personal relations are very important as for Italians. Moreover, the quality of food in Ukraine is so impressive, that any Italian can feel at home. 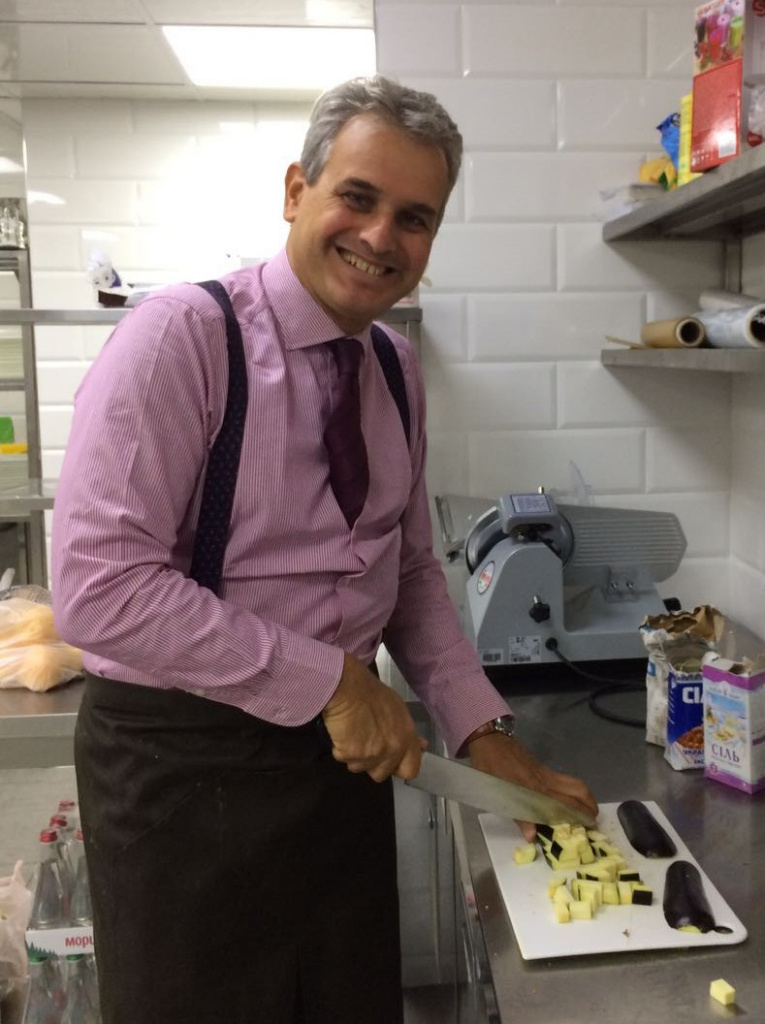 
I like mainly two qualities of Ukraine: hope in the future and space for new generations to play their role. In this country, the new generation is motivated to conquer its space. They are people who travelled abroad and are ready to build up a new country, overcoming the old generation and their bad sons who are copying their Soviet-style approach. In Italy, the new generation is pessimistic and most of the young talented Italians leave to work abroad. An example of the young Ukrainian generation’s spirit is the creation of successful start-ups like: Augmented Pixels, Kwambio, Neatpeak, OCCAM, Preply, 3D Look.


My most recent interesting story is about my creative quarantine, which, fortunately, I spent in Odessa and not in Italy. During the lockdown, I launched my start-up from home. The lack of providers of news in English on Odessa’s cultural, social and business life, made me create a communication platform for the international promotion of the City: “The Odessa Journal”. With the constant work of my team, we achieved in few months an international audience with readers in more than 80 countries. One third of our readers are in Ukraine, one third in Europe and one third in North America. Finally, the charm of the “Pearl of the Black Sea” can be appreciated abroad and the City has the opportunity to recover its historical DNA, when Odessa was the home not only of Russians and Ukrainians, but also of Italians, French, Germans, Greeks, British and Jewish. 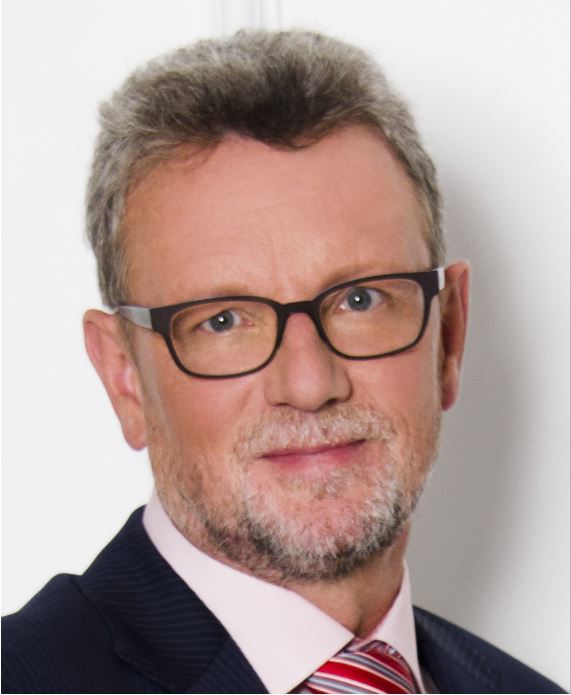 I am from The Netherlands, moved in 1994 to Moscow, and 2001 to Ukraine. I have been a CEO of many companies, in the field of Telecommunications. Nowadays I do projects and consultancy.

I am living almost 20 years now in Ukraine. The reason was that I have been asked for a job, and since my job in Moscow was changing anyhow, I gladly took the opportunity.


Ukraine is a very nice country with all facilities available, nice people, I have many friends here. And Kyiv is a nice and warm city in the summer very green.


Kyiv is nothing compared to Moscow, so very easy to get around. The biggest challenge was to find a nice apartment to live in, but I managed very good.


Of course, there are huge differences regarding availability of products, supermarkets, things you want to buy. But in fact in the last 20 years many things improved big time. And due to the coronavirus I am relaying much on online purchases, and to my surprise almost all is available. Even my herring is available. The only problem is the quality of the roads.


In my home country, we are very family oriented, and that is the same, even stronger in Ukraine. Other than that, there are many differences, like obeying the laws. 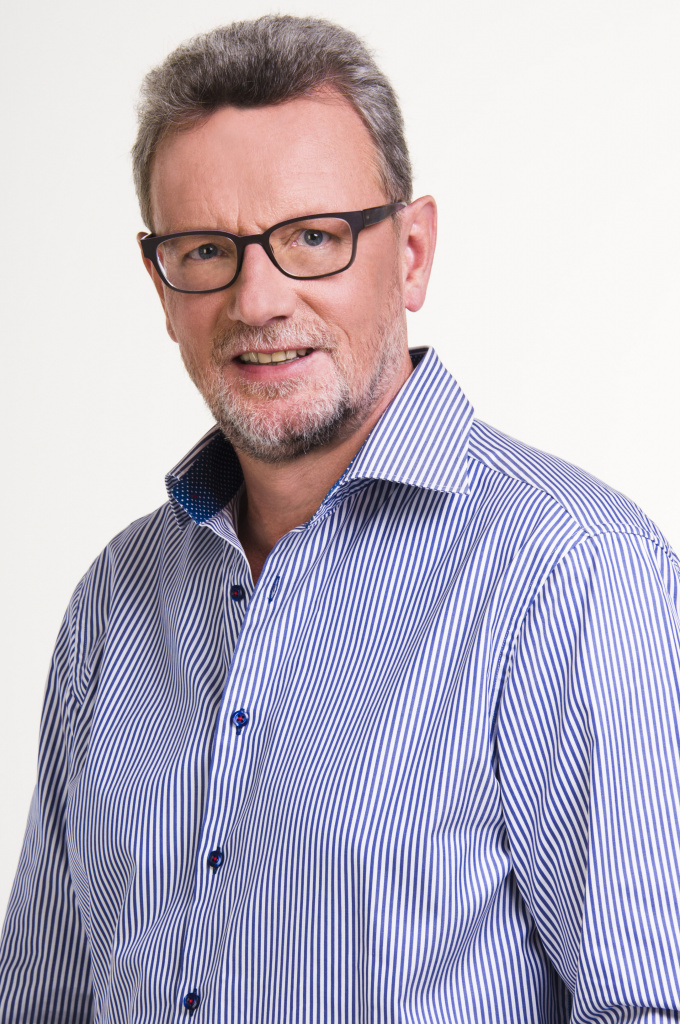 
Ukrainian people are very warm people when you are close to them. But if you are not close to them they don’t know you like even your neighbors.


All is accessible and actually quite cheap. Kyiv city center is very nice to take a walk.

Otherwise, be careful with street scams. I once saw a guy who left a bunch of money on the street and the next guy offered me to take it. Good I did not do it because this is a trick to scare foreigners to empty their wallets. 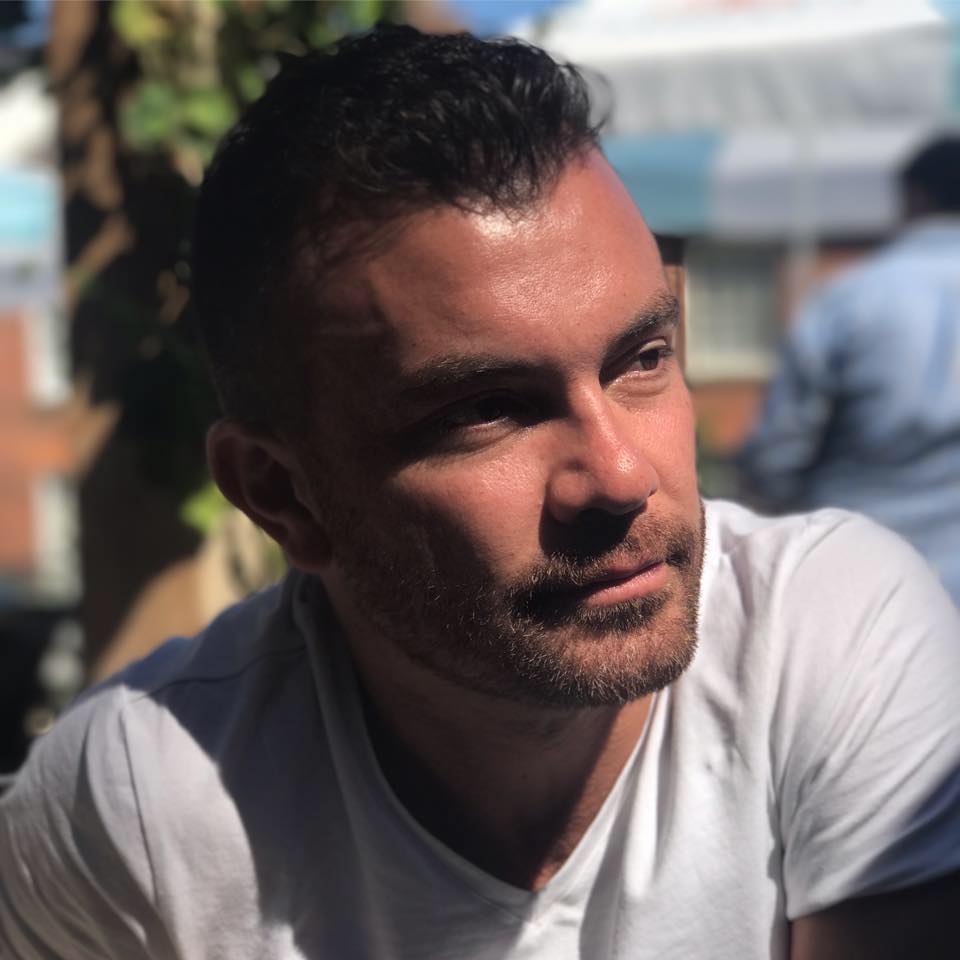 I am originally from Colombia. I lived in London, Prague, Dublin, Malaga and now Kyiv. I work for a British company called Brookfield Aviation and I am the V.P. of commercial affairs representing the Far East.

This September will be a year living here in Ukraine, I decided to move here because I always wanted to live in any of the ex-Soviet Union Countries, and I have been very interested about culture and language.


Ukraine is a very interesting country. You can find traces of different cultures in its architecture. Still very old fashion but looking to be more open to the world. The river culture in Kyiv is great and the gastronomy is very interesting.


The most difficult was to get the visa. The language barrier is very complicated when you apply to certain things. I am very happy I have my girlfriend who can speak Russian and Ukrainian fluently, without her I would not be able to do anything here. 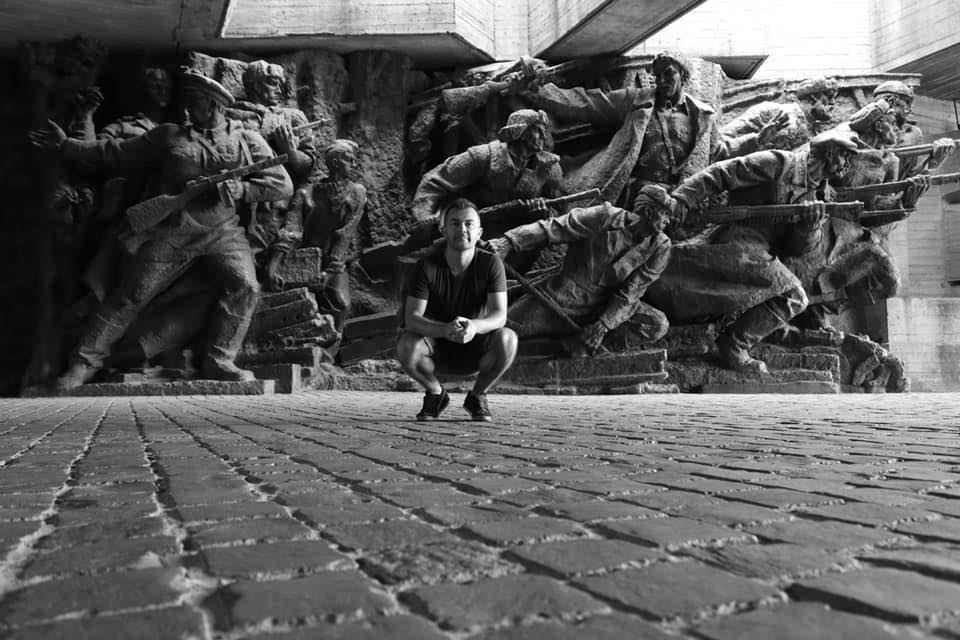 
I have lived in different parts of the world, there is no a perfect land, the infrastructure is almost the same as other parts of Latin America, I have to say that the roads are a bit poorly maintained and the buses are still too small for the growing population, but it is fairly good compared to other countries.


People are a bit different. I imagine that there is still a lot of influence of the Soviet times still in the culture. Stereotypes and difficulty understanding other cultures, but as I said before, there is a will to be more open to foreigners and new trends. However, to be honest, I cannot see any similarity to my Colombian background, apart of girls wanting to dance Latin American music. 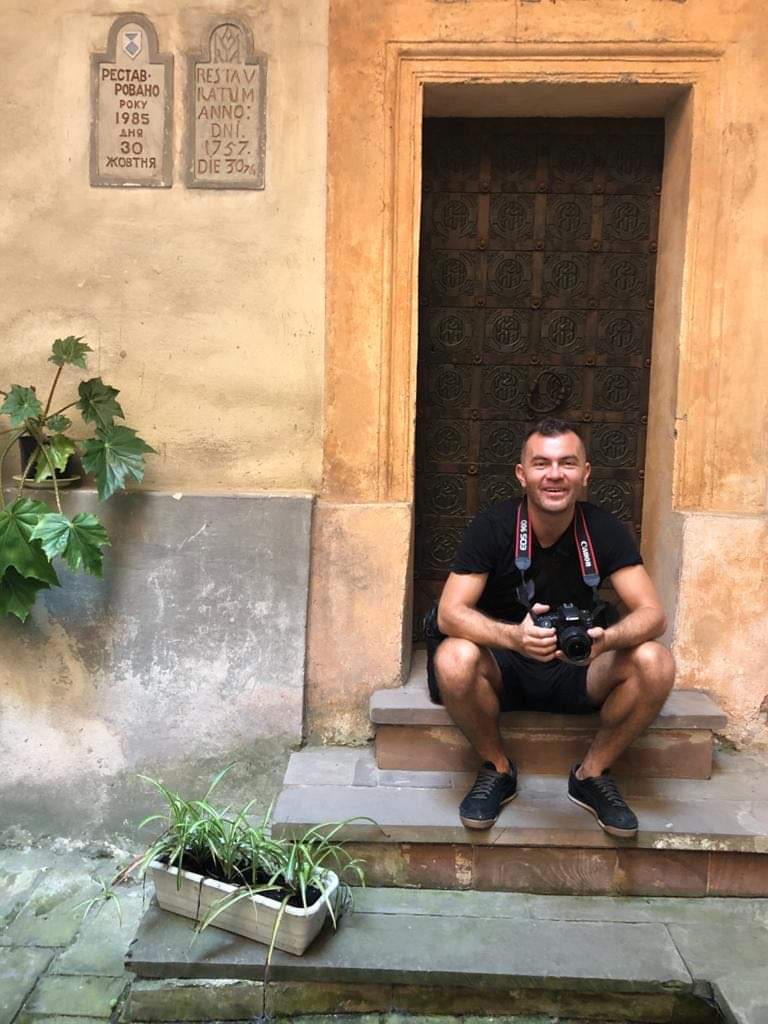 
It is difficult to judge or to say something based on very little experience. I think Ukrainians are very particular when it comes to making new friends. They are very reserved and not as open as Latin Americans are. It takes a long time to be able to trust someone.


There is one that I always tell people, I was in the metro and there was a girl who I asked the time. I do not know whether she understood my English or not, but the first thing she did was to show me her wedding ring. I guess women here are so stunningly beautiful and probably that have been harassed by men, especially foreigners that they know their best methods to reject you straight away.
#ukraine #foreignersinukraine #ukranianculture #businessinukraine

Read this article
«I gained some weight after I had come to Kazakhstan.» Italian about life in Kazakhstan

1150
Ambassador of Estonia about Kazakhstani people, national cuisine and cooperation with...