Wedding traditions of the Turkic peoples: matchmaking, kalym and nikah

Wedding traditions of the Turkic peoples: matchmaking, kalym and nikah 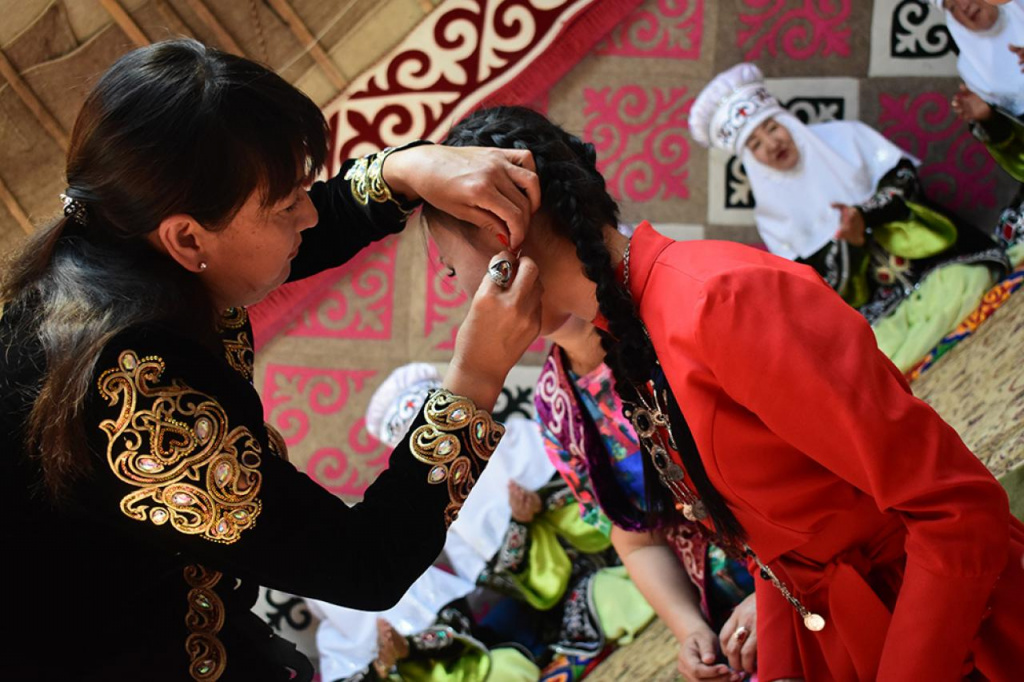 Matchmaking is an important part of the Turkic culture. Matchmaking is a mandatory rite even if the young people themselves have agreed to marry. There are several types of such matchmaking: before the birth of children, matchmaking from the cradle, matchmaking of adult children. Girls and boys were married either by their parents, matchmakers or by their choice. Parents sent close relatives, usually women or matchmakers to the girl's house. Their mission was to observe the girl in the household and tell about their intentions. If the matchmakers and the bride's parents agree, the next day the parents of the groom come to the parents of the future bride. Traditionally, on the day of matchmaking, the groom's parents are solemnly met by the future bride's parents and relatives. After the girl's side gives an agreement for the wedding, both sides present gifts to each other. It is noteworthy that Kazakhs marked matchmaking by the rite of «syrga salu», the groom's mother put on earrings on the future bride. After the rite of matchmaking, the girl was considered officially engaged. 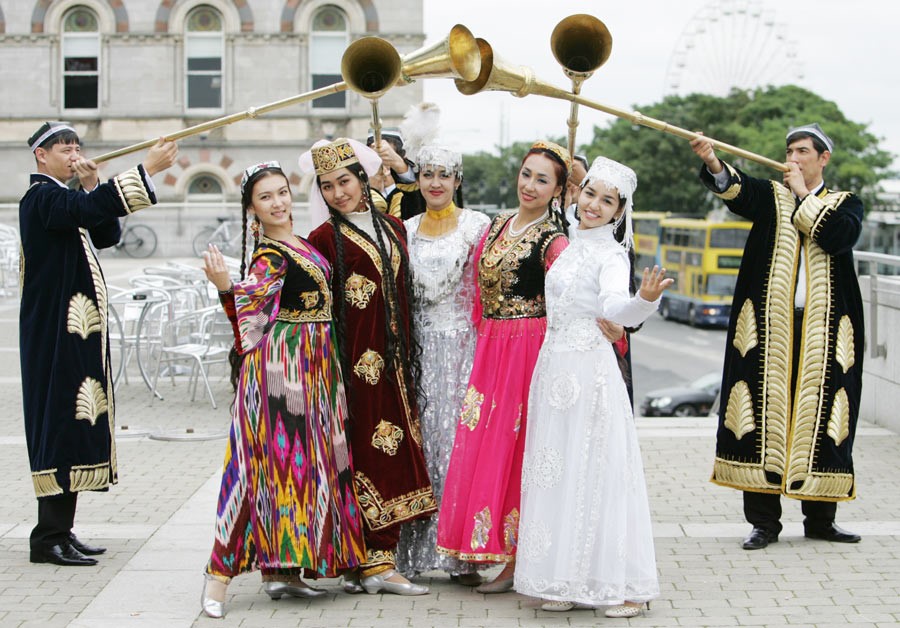 Among the Turkic peoples, it was also customary to pay kalym for a bride. In the past, kalym was mainly paid in cattle, now kalym is paid in money. The bride also collected a dowry, which should be proportional to the paid kalym, and sometimes even exceeded it. Parents of the bride are obliged to collect a decent dowry for their daughter. The dowry includes everything necessary for the family life: furniture, livestock, household appliances, sometimes even an apartment.

Wedding from the bride's side 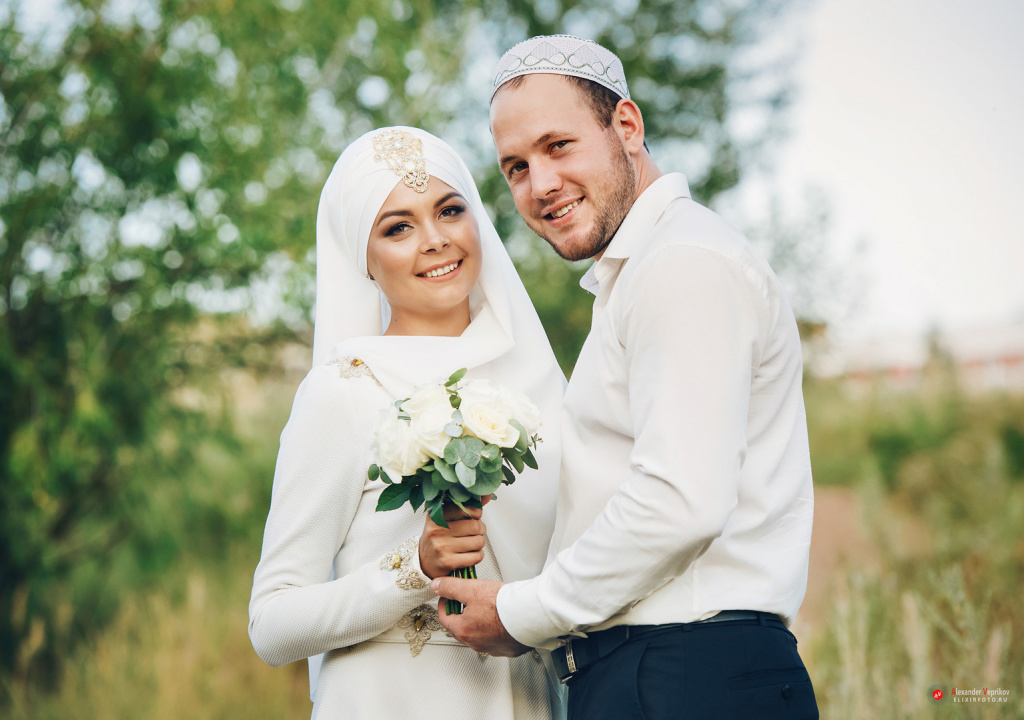 The final stage of wedding ceremonies among the Turkic peoples. On the wedding day, pilaf is traditionally prepared in the morning. Bridesmaids and relatives of the bride invited female neighbors to the wedding. Everyone who received an invitation gave the girl who invited her a cup of flour to make the wedding happy. In the past, the wedding was celebrated for several days. 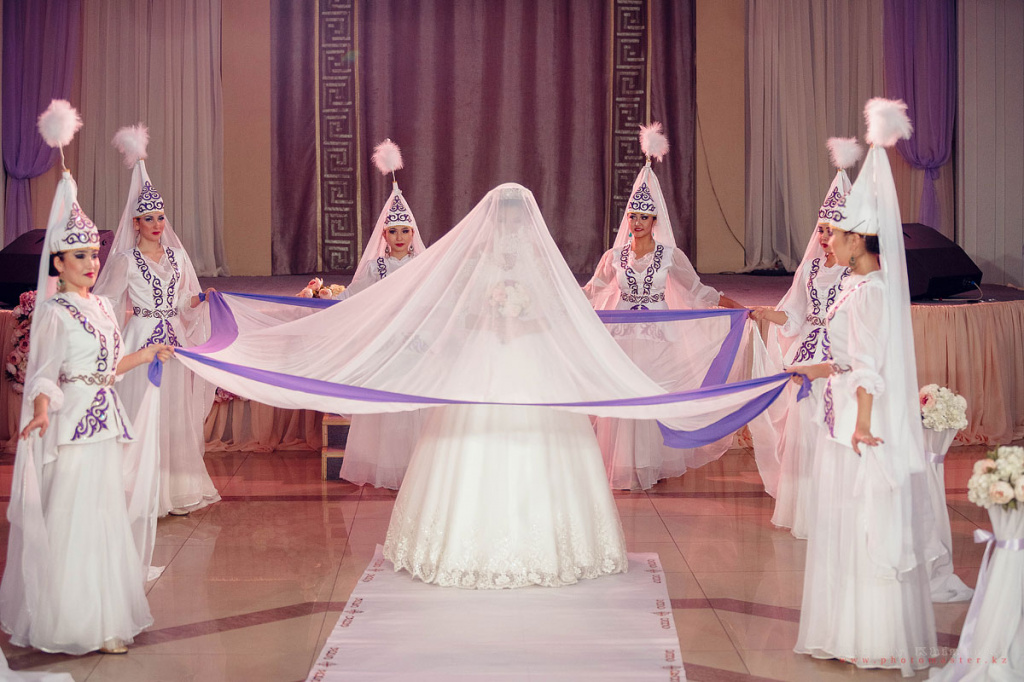 An ancient rite of meeting the bride with her husband's relatives, one of the wedding rites among the Turkic peoples. In ancient times, the face of the bride, who arrived at the house of her father-in-law, was not shown to him or his mother-in-law. For three days she spent the night without her husband, and on the morning of the fourth day, her face was covered with a large scarf. One of the ends of the scarf is attached to the dombra or the cane and the improvisator singer begins to perform a song, along the way introducing the bride to her parents and relatives of the husband. The bride greets each of them with a bow, and they, in turn, announce a gift that they will give to the newlyweds. After betashar, the bride served tea for the husband's parents and relatives for the first time. Today, the betashar ceremony is performed on the wedding day before the marriage ceremony.