Tourism in Mangystau: Alien landscapes, the spirit of history and shark teeth instead of souvenirs

Tourism in Mangystau: Alien landscapes, the spirit of history and shark teeth instead of souvenirs 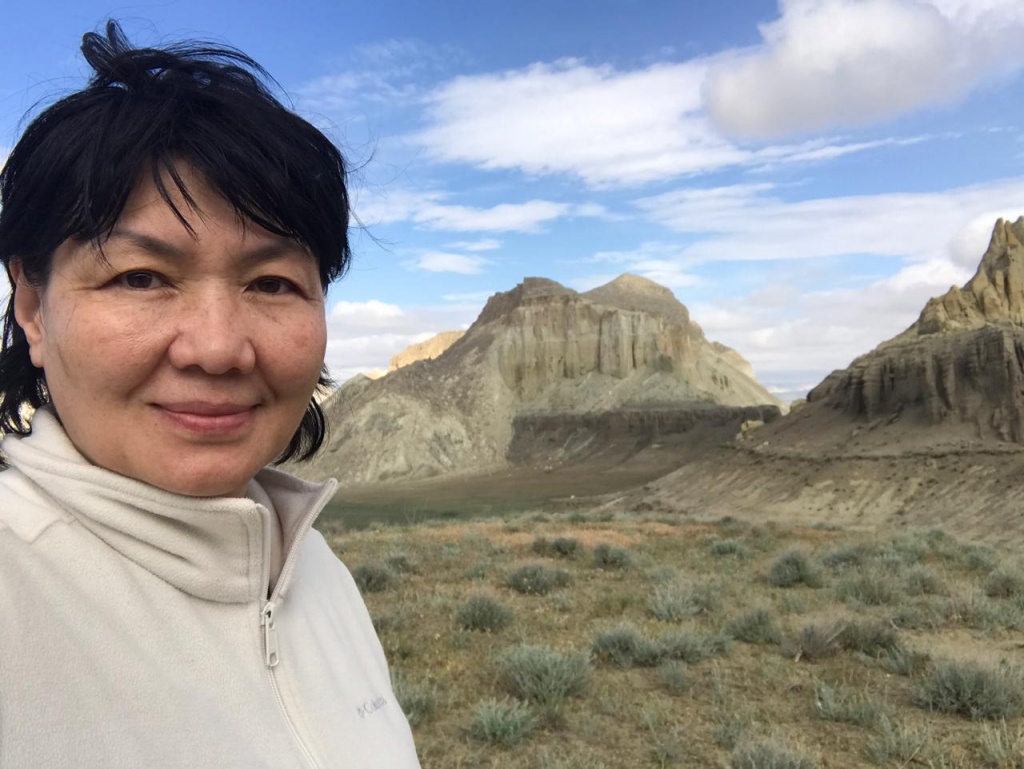 Ten years ago, on the internet, I saw a report of Russian traveller to Mangystau. I was surprised such unusual places are in Kazakhstan. Through a colleague, I learned about Ruslan @mangistau_explorer, who organizes jeep trips to the most beautiful places in Mangystau. I booked a place for a five-day May tour.

We visited the most famous places in the Ustyurt plateau. During the trip, we saw the ancient burial of adays, who are more than 200 years old, found fossils in the form of shells and ammonites.

I was impressed by Tuzbair — the chalk mountains along the huge salt marshes, cut by the wind and water in the form of magnificent temples and palaces. Boszhira tract surprises with its forms. A million years ago it was islands or seamounts. 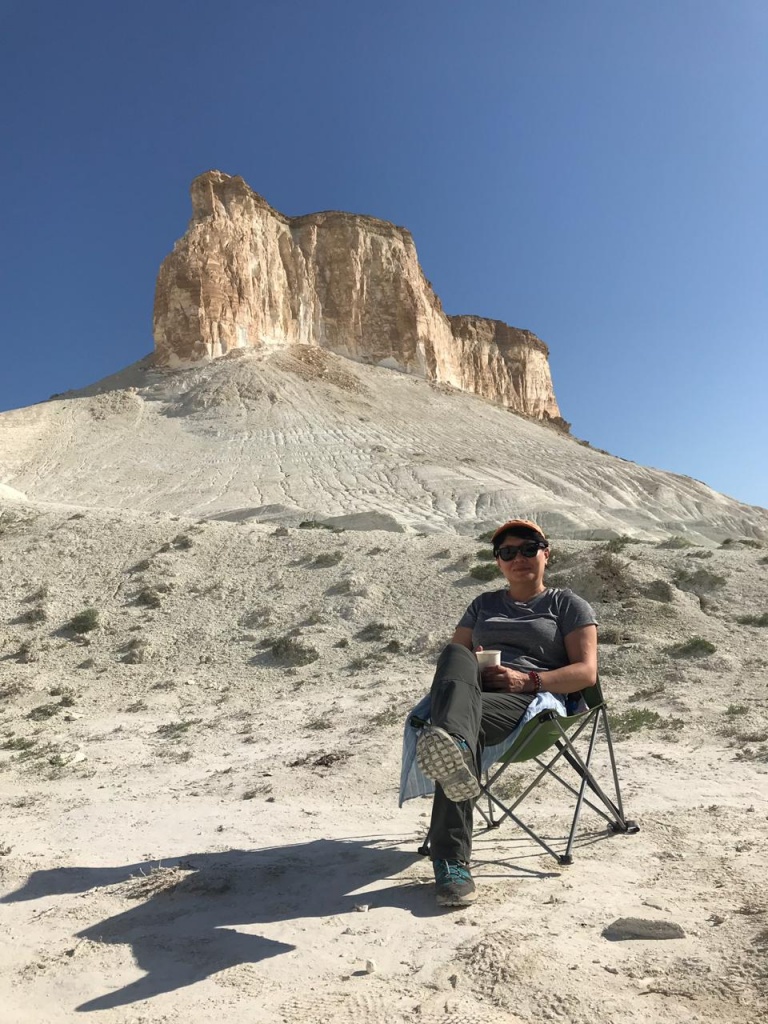 Trip to Mangystau it is a unique landscape, steppe, the smell of wormwood, wind, golden eagles and gazelles, overnight in tents. All this creates a special atmosphere, and you feel the universal history and become a part of it.

Trip to Mangystau it is a unique landscape, steppe, the smell of wormwood, wind, golden eagles and gazelles, overnight in tents

Tour price without the flight is approximately 70 000 — 75 000 tenge with a one-day overnight stay in Aktau and products for the tour.

Take the usual set of tourist with yourself: trekking shoes, t-shirts, underwear, jacket, raincoat, headlamp, sunscreen, a thin long-sleeved shirt to avoid getting burned under the sun, sunglasses and a hat. 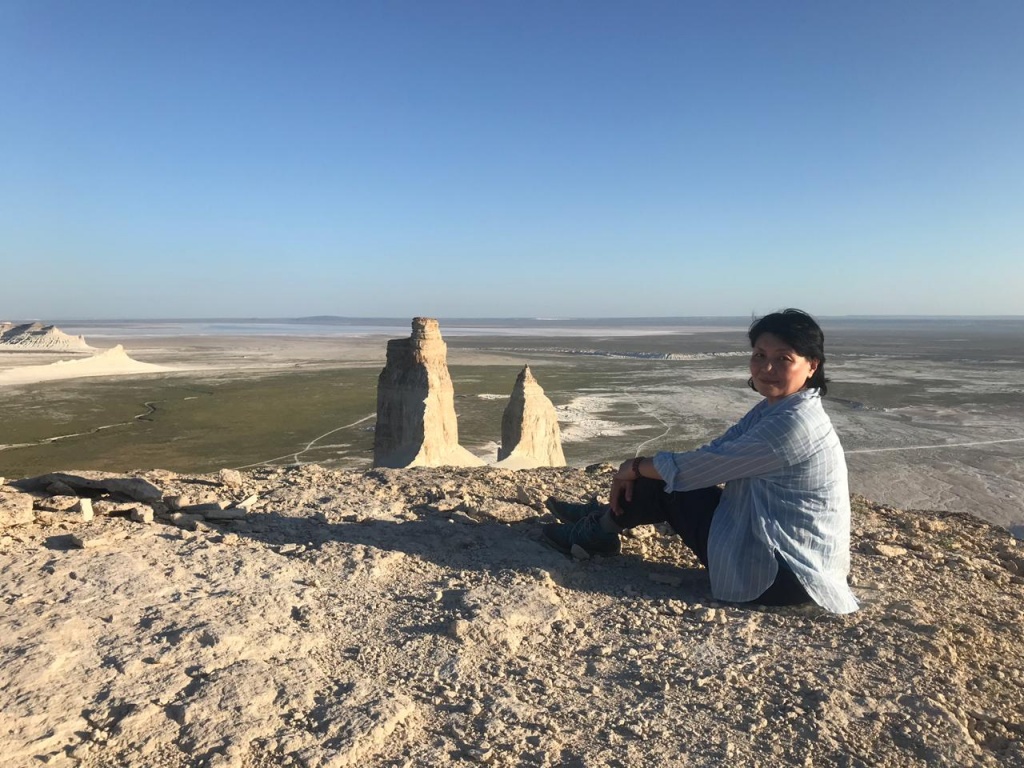 Sleeping bags, tents and other accessories were provided to us by Ruslan and greatly simplified our journey.

I'm still very impressed with the trip. I would like my family and friends could see all this beauty too. I would like to return to Mangystau if I had a chance.

Also in the future, I want to fulfil my dream and visit Nepal. 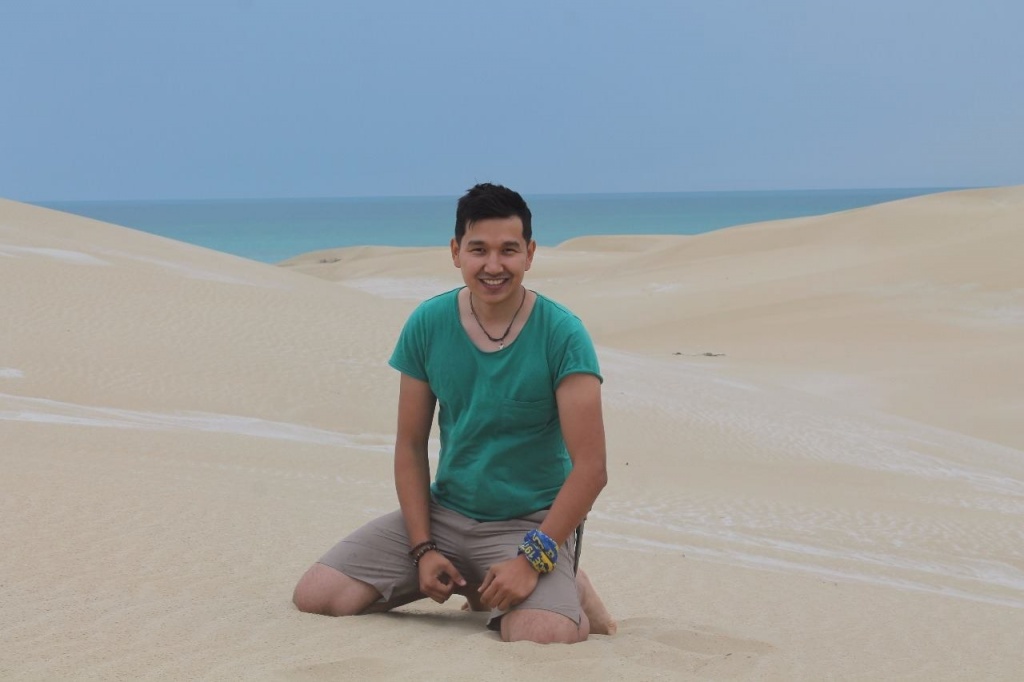 In 2015, my friends and I visited Mangystau for the first time. We have planned this holiday for long, built an individual route. We had no question about housing. Spending the night in a tent, eating on a fire, wildlife is our passion.

The trip lasted more than two weeks, but we had no time to visit many planned places.

Mangystau region is Mars on Earth, many tourists come here to see an unusual landscape reminiscent of alien landscapes.

Mangystau region is Mars on Earth

Our path was through the valley of the castles Airakty, Sherkala mountain, a mosque Shakpak-Ata, a blue bay near Aktau, the underground mosque Beket-Ata, Boszhira tract.

Before the trip, you need taking care of the equipment, especially if you go on your own. If you go to remote places where no hotels and settlements, then take a sleeping bag, karemat, change of clothes, water, insect protection. Also, if you go by car be ready for off-roading, important to have spare tires and other necessary spare parts.

The plans to travel by car to Eastern Europe through Georgia, Turkey and the Balkan Peninsula. Also, visit East Kazakhstan and Mongolia. 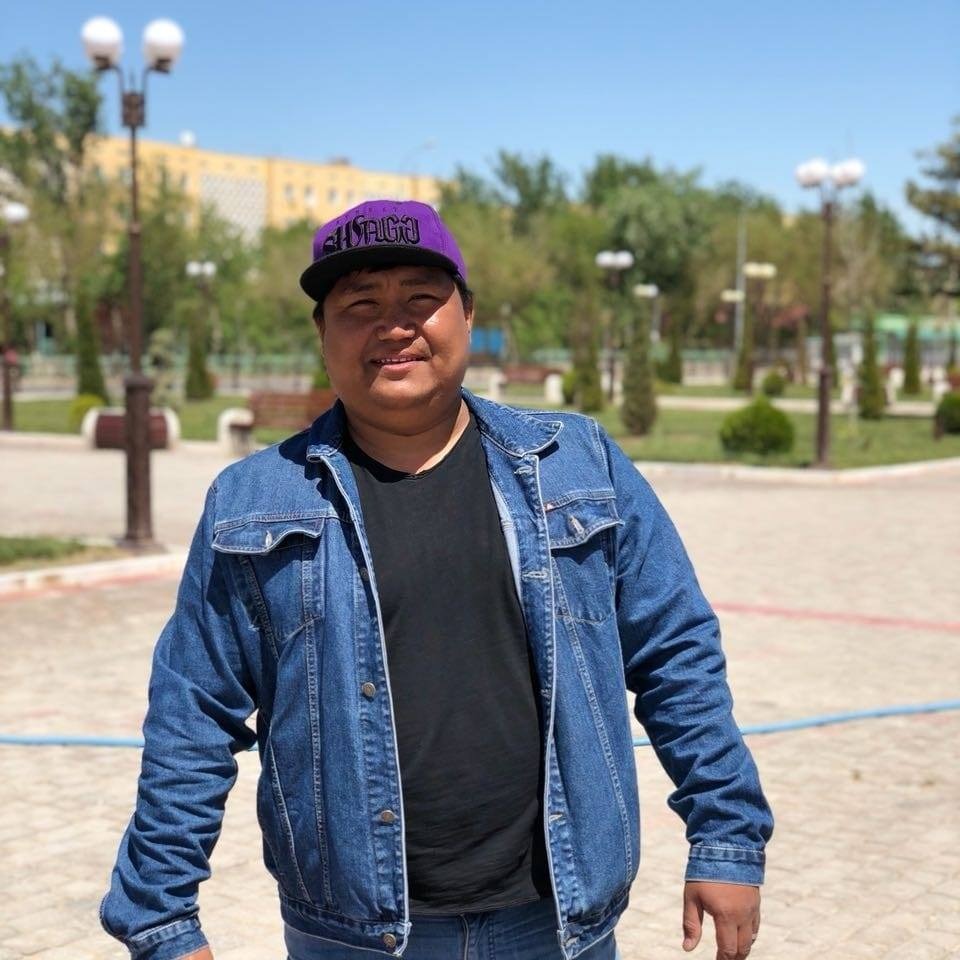 Otpan Tau and Adai-Ata is a mountain, which offers a magnificent view. 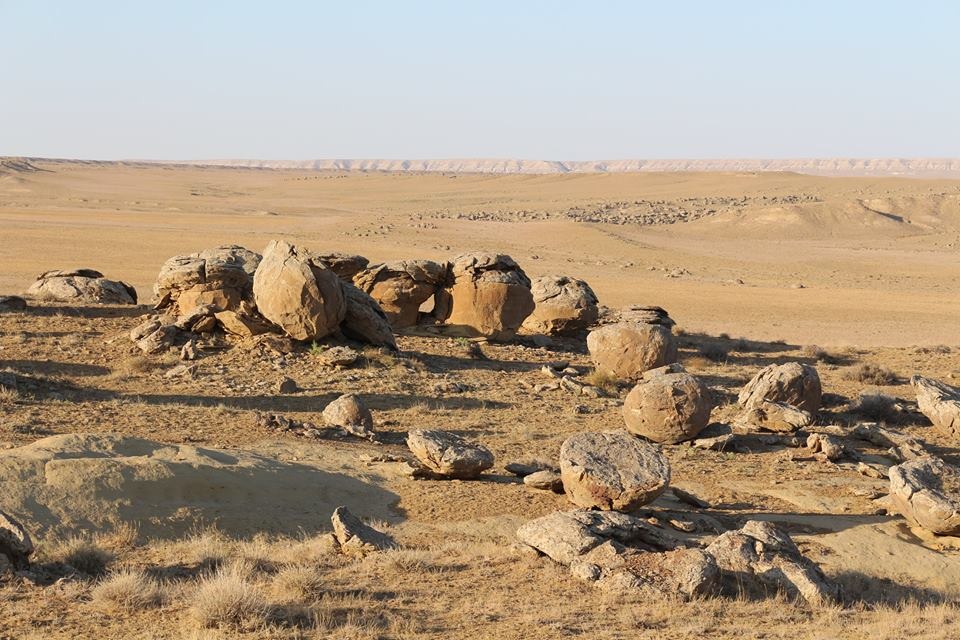 Sherkala mountain from a distance like a tent. Millions of years of natural impact have made this mountain amazingly beautiful. In the light of the fiery sunset, it was painted in red such an unforgettable sight. Near the mountain, there is a spring, an Akmysh oasis. My friends and I cleaned streams source from the garbage.

Valley of castles Airakty is the mountains with a breathtaking view

The valley of ball nodules Torysh is a mysterious place, as millions of balls are scattered around the valley and their origin causes a lot of disputes and legends. Also on one of the slopes located underground mosque Tulleken Aulie, which dates back to the 17th century.

Tamshal Canyon is a wonderful place. It is amazing to see how water drips from the layers of the earth, which connects further and forms a natural oasis in the middle of the steppe. 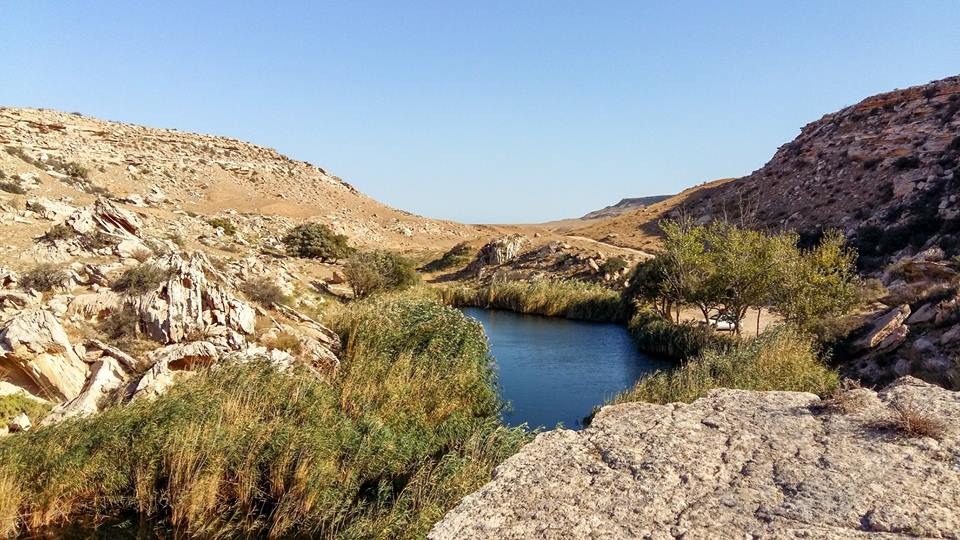 In Fort-Shevchenko, we visited the Museum. T. Shevchenko. Historical records, photographs and expositions will tell a lot. Also, there is a monument to the victims of political repression and the Isa-Dosan monument.

In addition to souvenirs, you can bring home teeth of prehistoric sharks, shells and stones of amazing shapes, sand from sand dunes and from the shores of the Caspian Sea, which recently has become a fashionable trend.

We plan to raft in July, then will be Eastern Europe or Eastern Kazakhstan, we just have not decided yet.

Read this article
A SHYMKENT RESTAURANT INVENTS "TASHKENT" TEA AND TURNS INTO A TOURIST ATTRA...

2241
WHAT A WONDERFUL KAZAKHSTAN: ATYRAU

4451
Canadians in Kazakhstan about an impression from Astana and Kazakhstanis