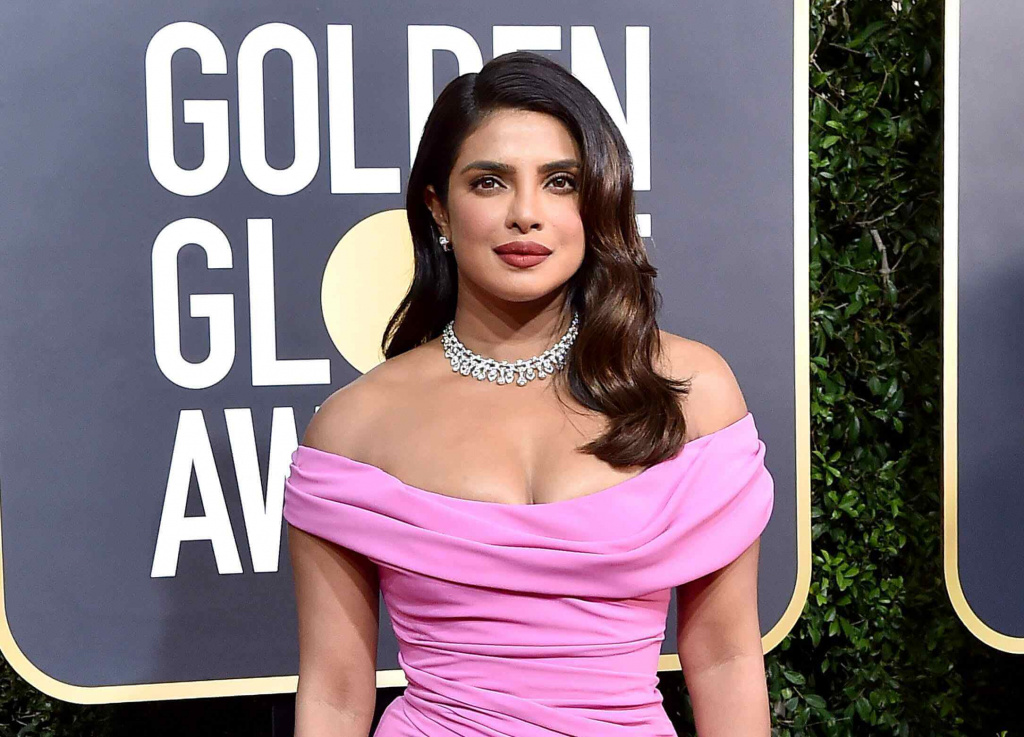 Indian actress, singer, film producer, and the winner of the Miss World 2000 pageant. In 2003 as a result of her pageant wins, she made her Bollywood debut in The Hero: Love Story of a Spy. From 2015 to 2018, she starred as Alex Parrish in the ABC thriller series Quantico, becoming the first South Asian to headline an American network drama series. One of India's highest-paid and most popular celebrities, Chopra has received numerous awards, including one National Film Award and five Filmfare Awards. In 2016, the Government of India honored her with the Padma Shri, and Time named her one of the 100 most influential people in the world. In 2017 and 2018, Forbes listed her among the World's 100 Most Powerful Women. 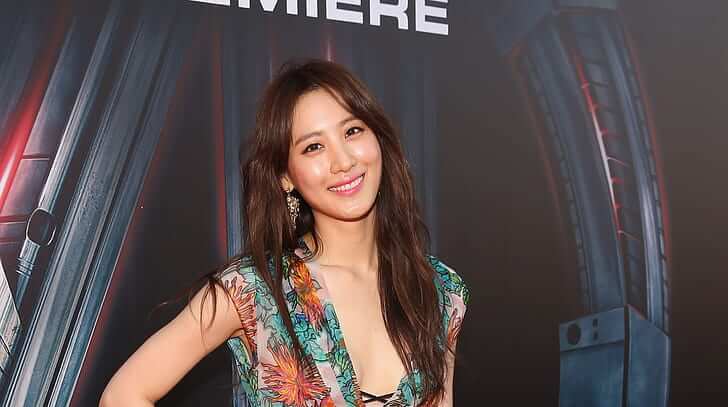 South Korean actress and model. Kim made her entertainment debut when she won the top prize in a Korea-China modeling contest in 2005. Kim was the first winner of the award who never worked as a model.

She made her debut in the entertainment industry in 2006, starring in the TV series Queen of the Game. For the drama, she won the New Star award at the 2006 SBS Awards for Acting. Kim went on to appear in supporting roles in the medical drama Brain and spy comedy 7th Grade Civil Servant, as well as a leading role in the sitcom Standby. Kim gained international attention for her roles in Marco Polo and Avengers: Age of Ultron. She also portrays Nagini in the 2018 film Fantastic Beasts: The Crimes of Grindelwald. 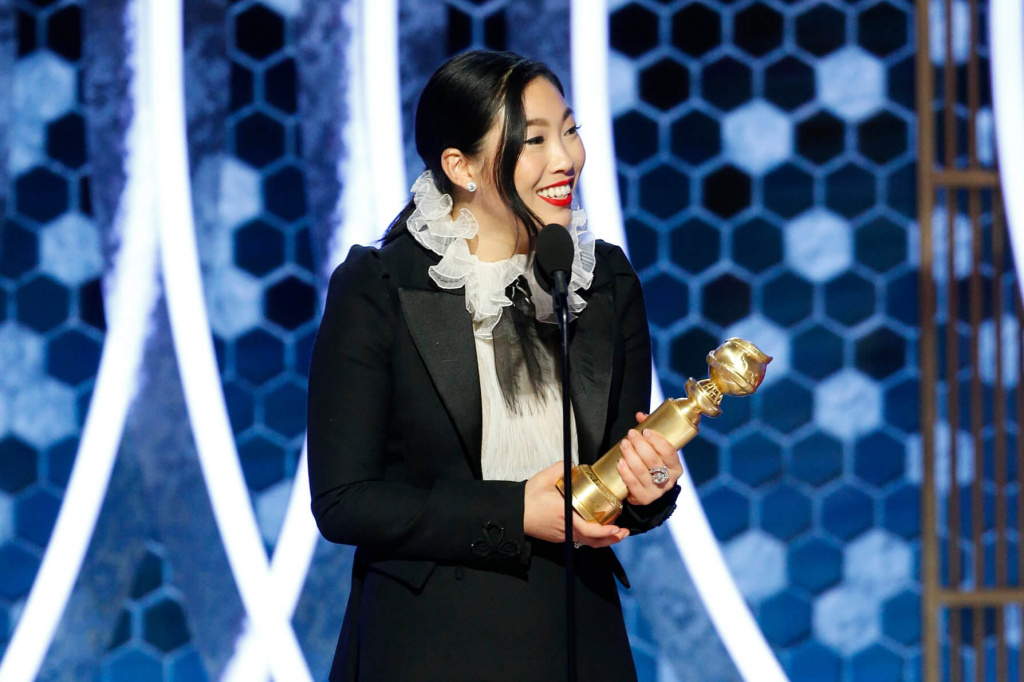 Nora Lum, known professionally as Awkwafina, is an American actress and rapper. Lum was born in New York to a Chinese American father and a Korean American mother. She has played supporting roles in the comedy films Ocean's 8 and Crazy Rich Asians and a leading role in the comedy-drama The Farewell. The latter-most earned her a Golden Globe Award for Best Actress nomination. As a rapper, she has released two albums, Yellow Ranger and In Fina We Trust. Awkwafina currently stars in Comedy Central's Awkwafina Is Nora from Queens, which she writes and executive produces. 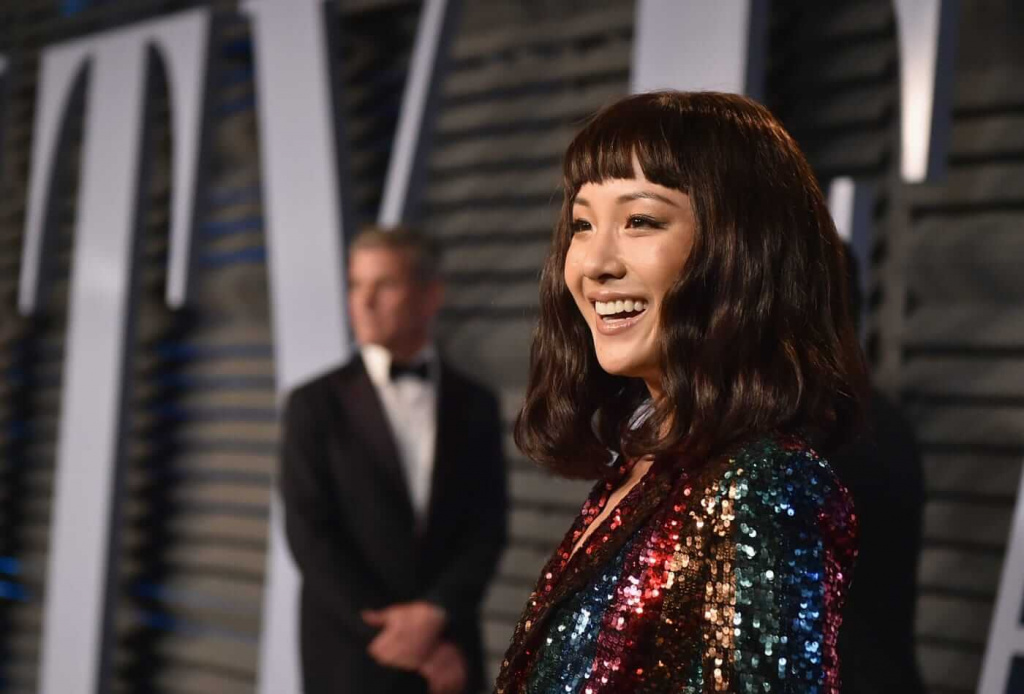 Constance was born and raised in Virginia in the Taiwanese immigrants family. She worked in classical theatre and quickly transitioned to film work. She soon appeared in several Sundance Feature Films including Stephanie Daley and Year of the Fish. In 2010, she moved to Los Angeles where her theatre and film background helped land her a role in another Sundance Feature, The Sound of My Voice. In 2014, she was cast as Jessica Huang in the ABC comedy series, Fresh Off the Boat. In 2018, she starred as Rachel Chu in the smash romantic comedy hit Crazy Rich Asians. 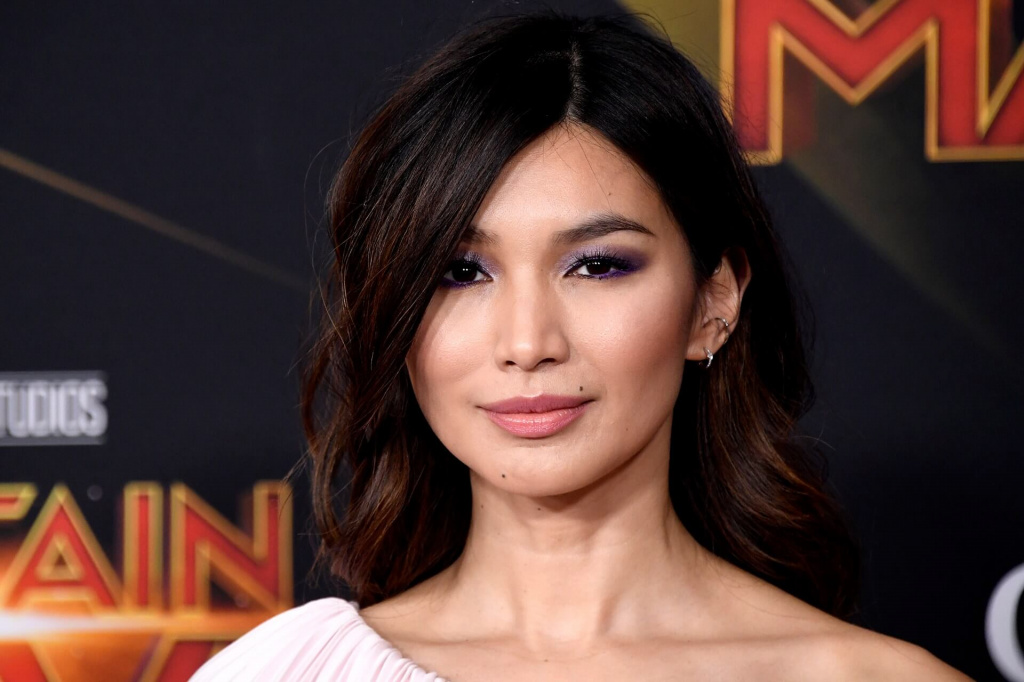 Chinese-born British Actress and former fashion model. In 2006, Chan was one of the models in series one of Project Catwalk. She has been photographed by Rankin for a campaign for Nivea Visage, having previously worked as a model, appearing in campaigns for Nokia and Selfridges and numerous magazines including Elle, Cosmopolitan and The Sunday Times Style. She appeared in the autumn 2009 special of the BBC's Doctor Who. She was cast as a series regular in Secret Diary of a Call Girl. Gemma is known for her role as Astrid in the 2018 film Crazy Rich Asians, in which she received widespread recognition, and as Anita/Mia on the television drama Humans. She portrayed Minn-Erva in the Marvel Studios superhero film Captain Marvel and plays Sersi in the upcoming film The Eternals. 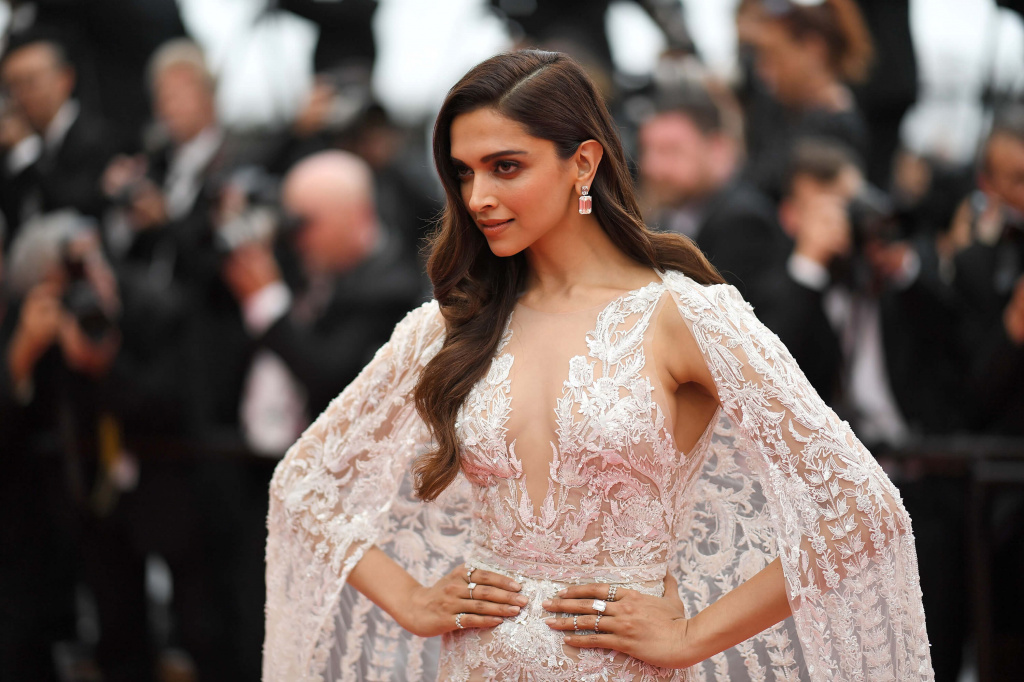 Indian film actress and producer. One of the highest-paid actresses in India, her accolades include three Filmfare Awards. She features in listings of the nation's most popular personalities, and Time named her one of the 100 most influential people in the world in 2018. She made her acting debut in 2006 as the title character of the Kannada film Aishwarya. Padukone then played a dual role opposite Shah Rukh Khan in her first Bollywood release, the romance Om Shanti Om, which won her the Filmfare Award for Best Female Debut. Padukone has said that her starring role in the 2012 Homi Adajania-directed romantic comedy Cocktail marked a significant turning point in her career. Cocktail earned Padukone Best Actress nominations at several award ceremonies, including Filmfare, Screen, and IIFA. 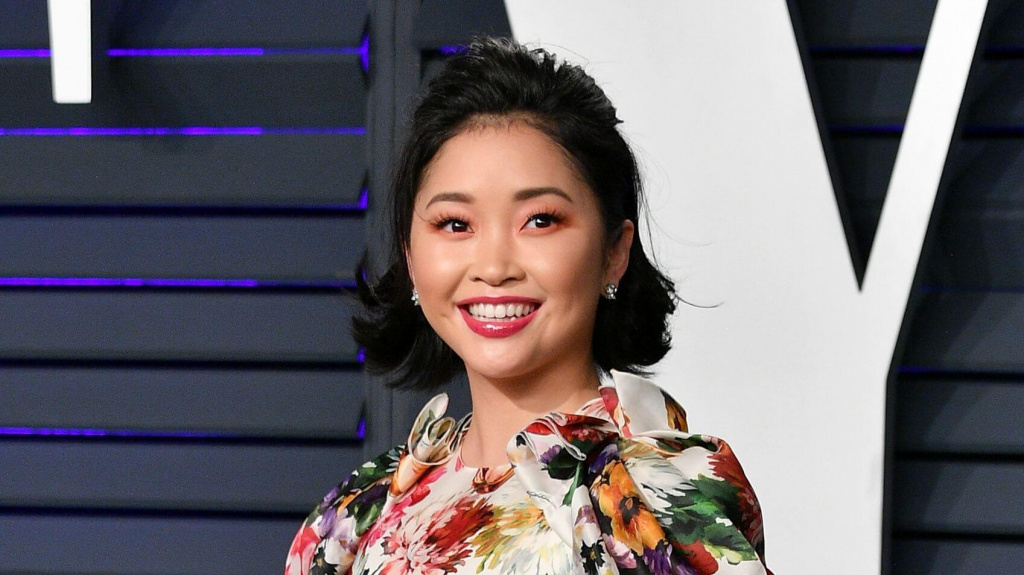 Vietnamese-born American actress. She is best known for her role as Lara Jean Covey in the To All the Boys I've Loved Before film series and her debut role as Jubilee in X-Men: Apocalypse. She took her first acting class during her freshman year at the Professional Performing Arts School and went on to study for a summer at the New York Film Academy. 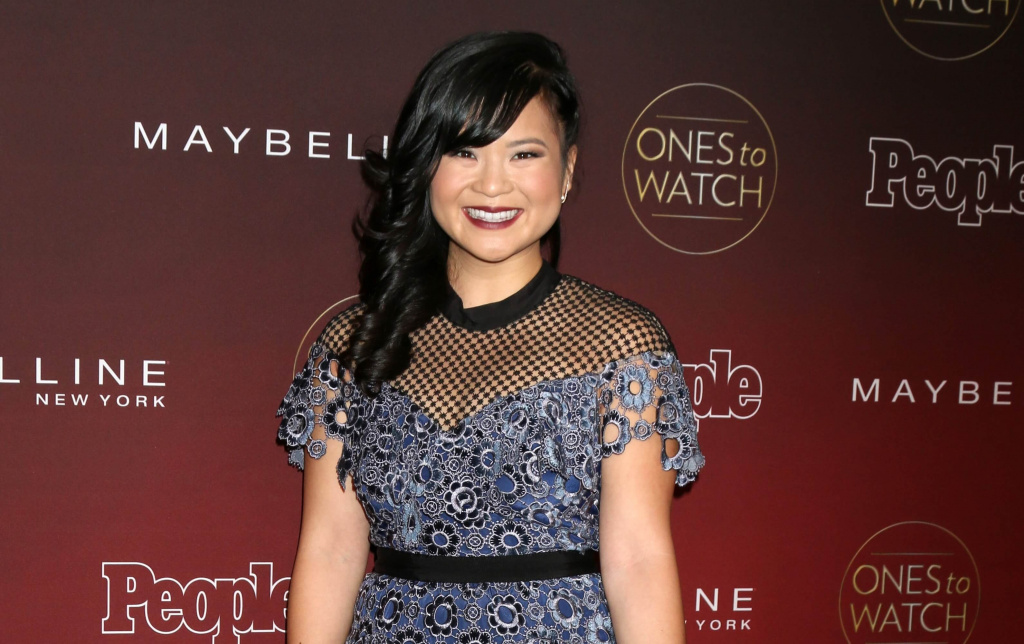 Vietnamese-born American actress, she has had roles in short films and television episodes and came to wider attention for her role as Rose Tico in the 2017 film Star Wars: The Last Jedi. With her role in The Last Jedi, Tran became the first Asian-American woman to play the main role in a Star Wars film. In 2017, she also became the first Asian woman to appear on the cover of Vanity Fair when she appeared on the cover of the summer 2017 issue. Tran plays the lead role of Kaitlin Le in Radiotopia's mystery thriller podcast, Passenger List.

Read this article
PEOPLE WHO MADE KAZAKHSTAN WORLD-FAMOUS IN 2017

4523
Eco-friendly lifestyle in Finland: forest in the city, waste-free kitchen and electri...