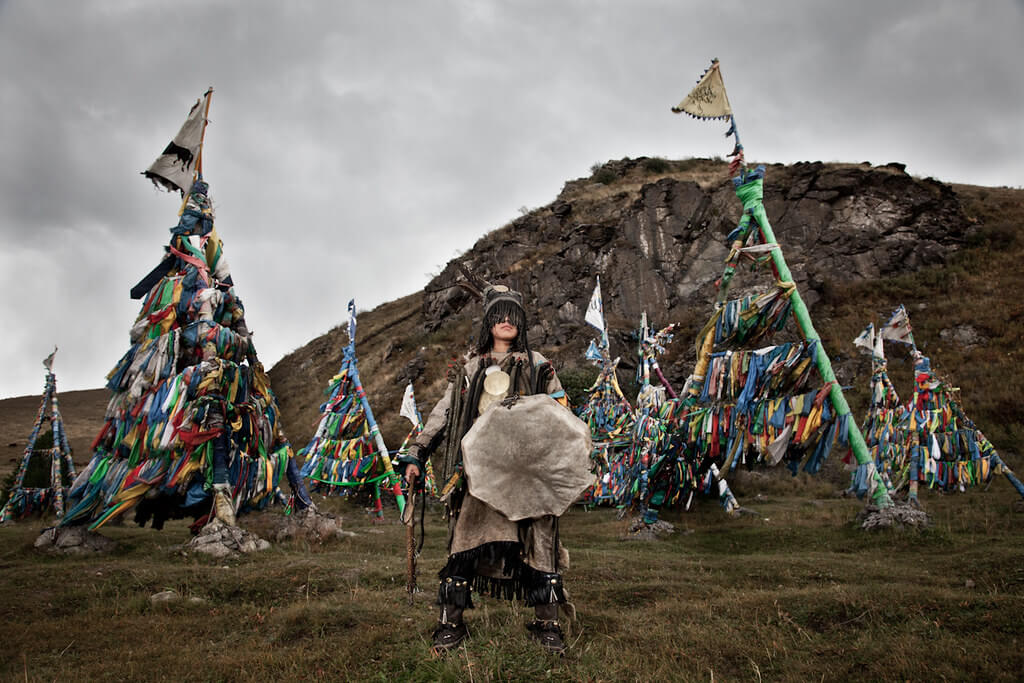 In Mongolian society, traditions and beliefs occupy an important place. For centuries Mongolians observed many beliefs and prohibitions.

— it was forbidden to splash out the tea rests, to throw out not gnawed bone, to give something the left hand, to sell a favorite horse, to step on the spilled milk.

— to scare away evil spirits need to slap three or nine times in clap. It was forbidden to pronounce the names of the spirits of the sacred mountains, as they are kept secret and not called unless necessary.

— Mongols considered digging extremely dangerously, as it caused scraper, shovel or plow in an amount exceeding one handful. Careful attitude to the land was formed through a system of prohibitions. For the construction, before the digging was necessary to carry out the ritual of obtaining permission for these actions and the rite “serzhem” – presenting gifts.

— it was forbidden to draw water with gold and silver utensils, to step on the threshold of the house, to extract the meat from the boiler with a knife and defile the fire.

— Mongols had a strong cult of the mountains. Every mountain or valley had spirit, and travelers tried to please, and not to anger them. Therefore, people brought various gifts to appease spirits. And it was restricted not to present a gift to spirits, even a poor person have had to present a small gift.

958
Modern Turkish artists whose work you should know