«There is warmth in the hearts of people that is not found in the local weather», — the Ambassador of Morocco about life in Nur-Sultan, activities and bilateral relations

«There is warmth in the hearts of people that is not found in the local weather», — the Ambassador of Morocco about life in Nur-Sultan, activities and bilateral relations

Ambassador of Morocco Mohammed Rachid Maaninou arrived in Kazakhstan on January 1, 2022. We got to know him and learned about how he imagined the place he was going to, and what you need to know about his native country. 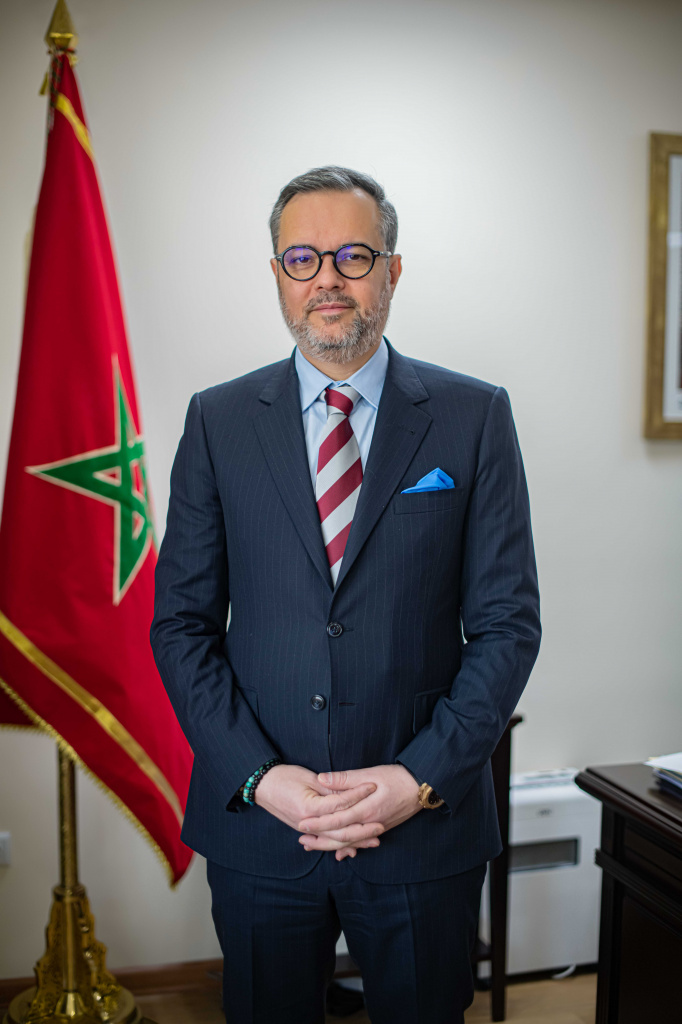 
I studied at a French school in Rabat. Graduated from the university in France, in the city of Toulouse. There I received a master's degree in hotel engineering, after which worked in this field for about 20 years.

After that, I received another master's degree in finance and changed my career direction, worked in an investment fund in Abu Dhabi.

And ten years ago I started a career in diplomacy. This is my first appointment as an ambassador.

About appointment as an ambassador


I found out that I would be an ambassador the day before my appointment, and which country I would go to while watching the news on TV. These are important positions, so the Royal Palace doesn't say anything until you've been appointed.

When I heard about Kazakhstan, I remembered high school, where we had lessons on the Soviet Union. I knew that this was one of the countries that was part of it. First of all, I started to search for information on Google and learned quite a lot. One of the things I read about but never imagined is that Nur-Sultan is the second coldest capital in the world after Ulaanbaatar. Never experienced a -30 degree cold before. 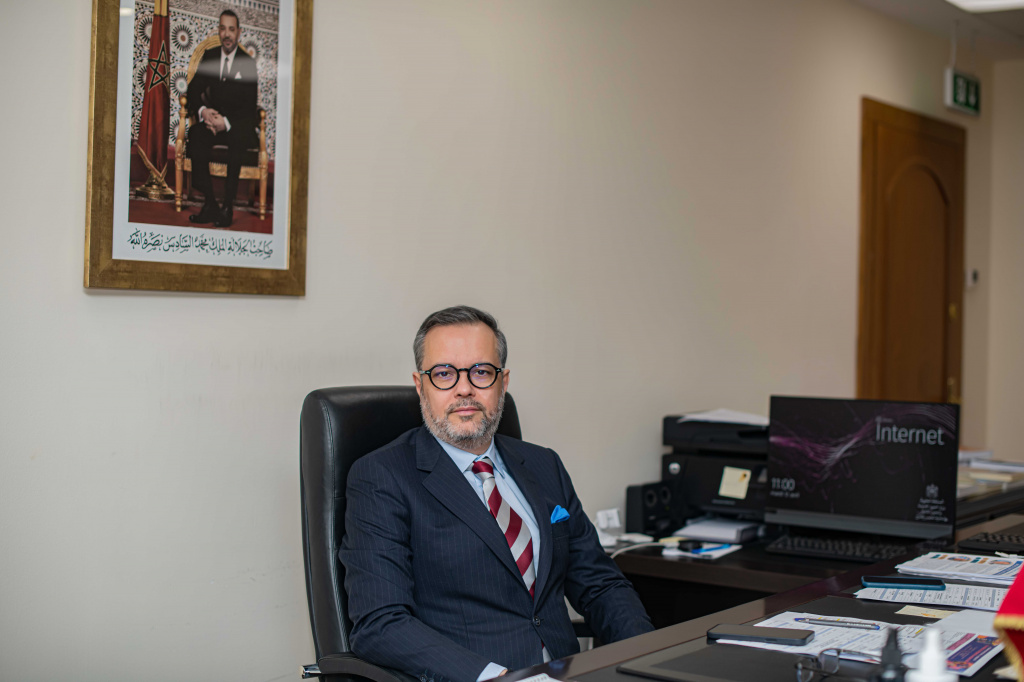 I was happy that I was appointed to such a high position and grateful for the trust that His Majesty Mohammed VI has placed in me. My family and I were proud, but I understood that it was also a big responsibility.


I arrived on January 1st on an overnight flight via Dubai. I was greeted with a «warm» welcome with the weather at -28 degrees. While driving to the residence, I looked at the city. It was completely white and seemed calm.

I quickly discovered that there is a warmth in the hearts of people that is can’t be found in the local weather. I was well welcomed by the Ministry of Foreign Affairs. Presented my credentials to the President.

The work of the Ambassador is important, as it performs a linking function between the two countries. If not, then it will be difficult to contact others. The Ambassador is a point of attraction for all people who want to know more about the country he represents. My duty is to give people all the information, make their life easier and save time. My Kazakh colleague in Morocco is doing the same. We are building a bridge between the two countries. 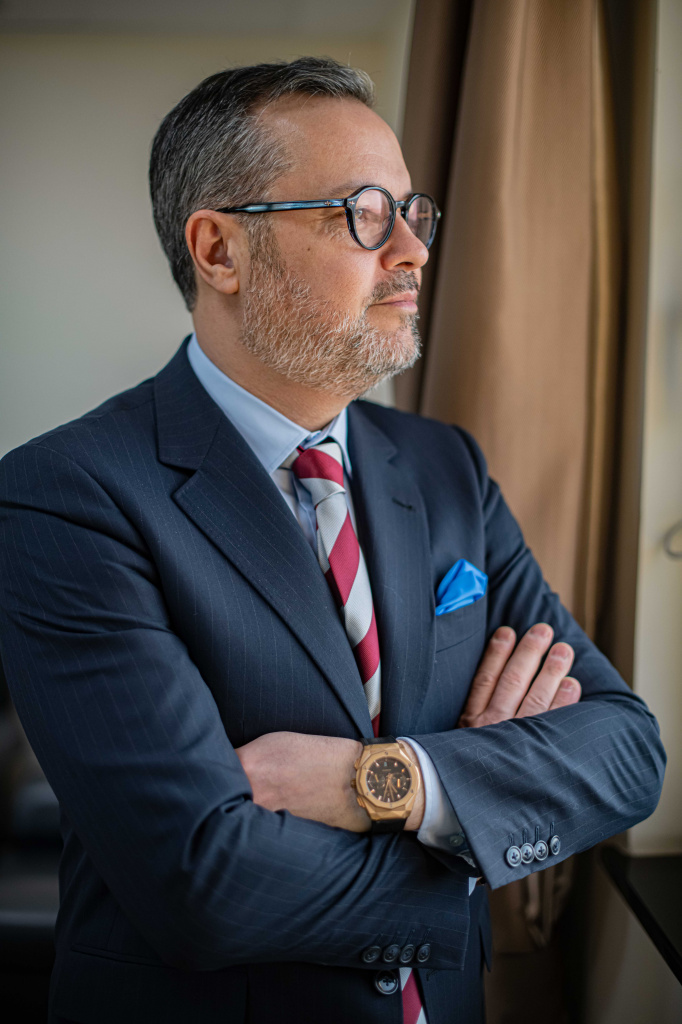 I represent the country in various fields. We have excellent relations in the political sphere. We are pleased to celebrate this year the thirtieth anniversary of the establishment of diplomatic relations.

There are not so many projects in the economic area yet. Kazakhstan is landlocked, so logistics is difficult. To exchange goods, we need to look for new ways, for example, through the Caspian corridor - this is a project we are working on.

My job is also to make the peoples of our countries know a little more about each other culturally. To do this, we organize the exchange of art objects, music, and develop tourism. The latter area is especially important for Morocco — it occupies 7% of the country's GDP.


Morocco since ancient times was at the center of trade routes that went from Europe, Asia, all over the world. We consider ourselves a cauldron in which all cultures and religions are mixed. Kazakhstan is in the same position.

My country is the leading supplier of tomatoes, tangerines and oranges. A few days ago, I was surprised to find Moroccan tangerines in a local store. I was so happy that even took a picture of the find. We also supply olive oil, canned sardines. Kazakhstan supplies wheat and various energy resources to Morocco.

Morocco is building hybrid energy. 35% of the energy in the country comes from the sun and wind. By 2035, this figure will be more than 50%. We are working on the Green Morocco Plan, a 20-year program to increase the country's food production capabilities through the efficient use of water resources. In addition, Morocco leads in the production of phosphate, from which fertilizers are made. I would like to share the experience gained by my country so that Kazakhstan becomes greener and produces more products.

About local culture and traditions


Two months ago I was at a party where I cut the bonds of a little boy. In Morocco, there is a similar tradition associated with the first steps of a child.

Cultural life in the capital is rich


Kazakhstan has an interesting cuisine. It is heavy, you need to be careful — if you eat a lot, you want to sleep. Moroccan cuisine also has such dishes, for example, tagine or meshvi.

I have already visited the National Museum four times. I am constantly discovering new rooms.

The cultural life in the capital is rich, I visited the opera and the ballet. Every time at such events, the halls are full. This says a lot about Kazakhstanis.


This year I will focus on Almaty, Shymkent and Turkestan. In addition, I am looking forward to a trip to Tajikistan, Kyrgyzstan and Turkmenistan, where I will also present my credentials. From places close to Nur-Sultan, I intend to visit Borovoe. I was told that there is beautiful nature. 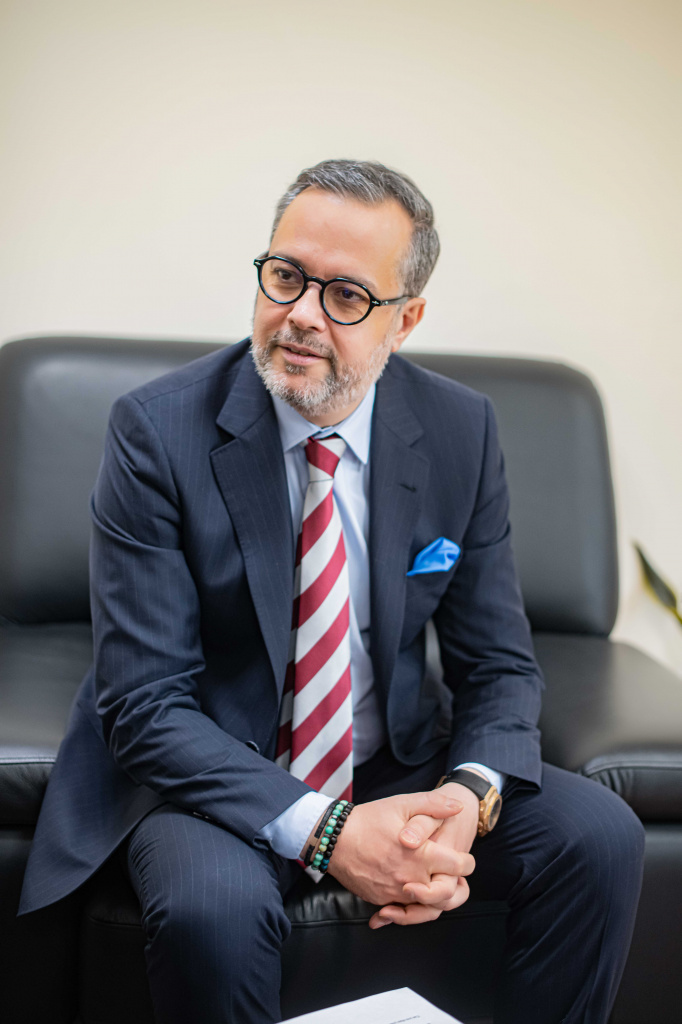 The plans include strengthening relations between Morocco and Kazakhstan in the political, economic and cultural areas. I am also interested in sports exchange. I know that the Astana Team cycling team is one of the best in the world. We would like to invite her to the Morocco Grand Tour, an annual sports tour around the country.

Another direction is working with students for whom we are looking for scholarships from universities in Morocco. There is an idea to create an exchange program between Nazarbayev University and Mohammed V University of Rabat. This is a great opportunity.

1726
Michelin star chef from France about his work, dinner party in Astana and Kazakhstan

778
Foreigners talk about how they were attracted by Korean culture