Street racers from Kazakhstan, USA and Japan on how to drive a car from the age of 7 and safety importance

Street racers from Kazakhstan, USA and Japan on how to drive a car from the age of 7 and safety importance 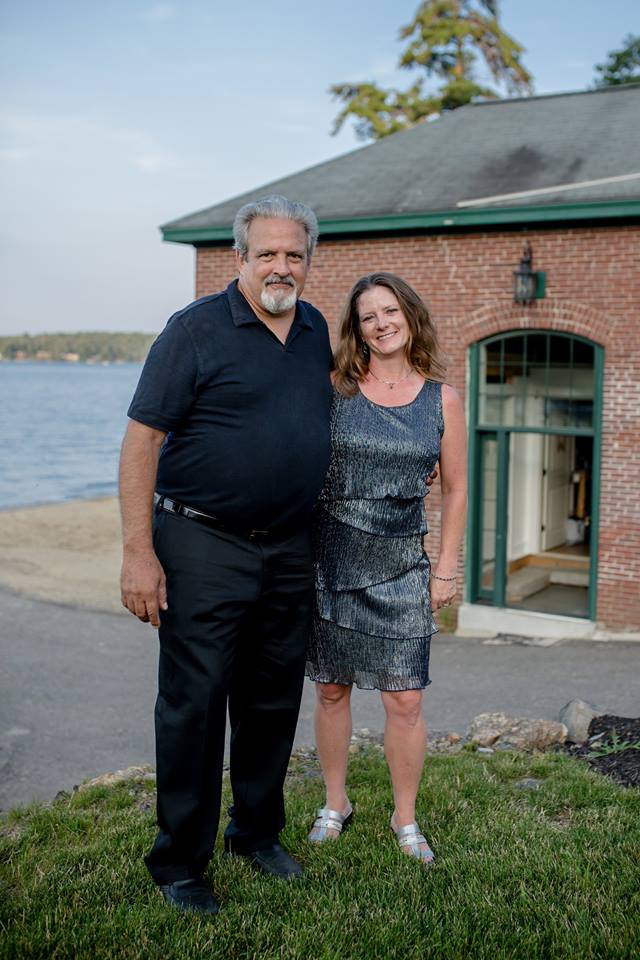 I started racing 18 years ago, on the race tracks near the city. My father's friend drove a stock car with no modifications. My father and I helped him to fix the car and get ready for the race. I was Inspired and bought an old car to participate in races among the class of six-cylinder machines.

The culture of racing in the United States

Racing in the United States is a popular sport and leisure, which has become very popular. American culture in love with powerful and large cars and the whole pop culture skillfully uses the famous model muscle car.

Street racing can be legal and illegal. Racing outside the law is riding on the roadway at high speed, like in "Fast and Furious" movie. This is popular in the States mostly among teenagers or thrill-seekers.

Racers are in love with cars


Legal races held on the race tracks which are lots of in the States. The most famous racing competitions in the United States is the Indie 500.

Racers are in love with cars. Many works as car mechanics, to be personally be engaged in repair and improvement of the car.

The race starts with the evaluation stage, where you drive 10-15 laps on the track. According to the results of the pre-arrival is determined by the starting place. The better the result, the better the position.

There are classes of racing cars: four-cylinder class of front-wheel-drive cars and unmodified cars or clean runoff. The only thing you can do with the machine is to clean up the salon and weld the protective frame. These classes are basic, and most teenagers start from them.

There is also a class ― street drain, which is allowed to make small modifications. There are restrictions on changing the body and engine of the car. This class is the cheapest among the fast racing cars.

Pro-class is the last and most expensive. It's a fast racing car with open-wheel and modified characteristics.

My friends and I race all the time. Races are held every week on Saturdays. The cost of the track ― $30 per person.

Racing is an expensive hobby, you spend more than you can earn. Only racing tires cost about $125 apiece, and they wear out for five or six races.

To enjoy the cars and the race. I'm glad to watch how cars get better and smarter. I hope to see more amazing cars in the future. 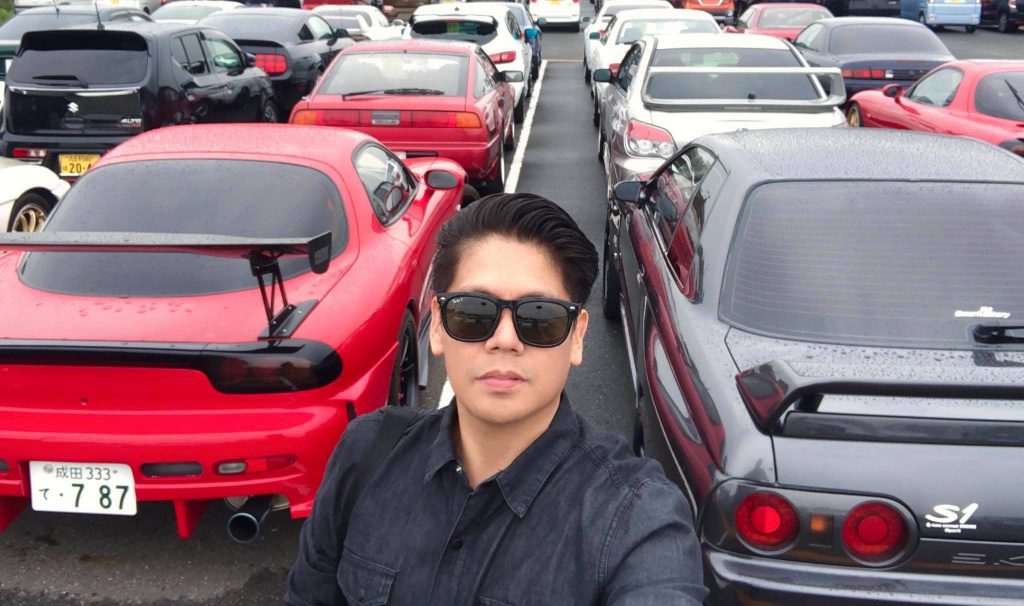 I'm from Manila, but I've lived in Japan for over 20 years. Since 1999 I have ridden on Shuto highway in Tokyo. In Japan, we are called hashiriya ― street racers.

I first got behind the wheel when I was 13 and started driving on the freeway when I was 15. My father instilled in me a love of cars. When I was three years old, he bought me toy cars, then I got more interested due to video games.

About racing culture in Japan

Street racing in Japan is a philosophy and lifestyle. There is a huge number of riders and a variety of driving styles. Street racers riding on the Wangan freeway, C1 Loop, Tomei and Kanjozoku ring racers on Honda cars.

Street racing in Japan is a philosophy and lifestyle

Street racing is a dangerous sport with driving on working highways. This is illegal in Japan. Many racers close or take off car numbers so the police couldn't catch them.

Japan has all the car brands, but JDM cars are very popular it's a Japanese Domestic Cars with only Japanese repair parts. 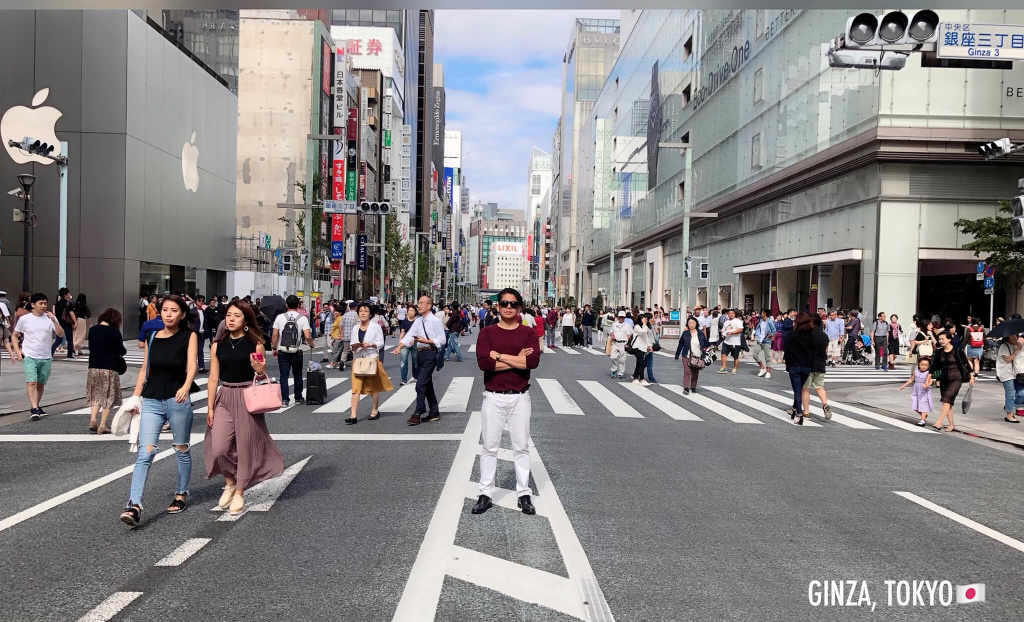 The culture of official racing in Japan is highly developed. Hundreds of racing events are held across the country, ranging from GT model races to Formula 1.

I have been racing for a long time and consider it a certain culture. I've ridden on the racetracks, but I don't enjoy it there. My way it's to ride on the freeway, to feel freedom.

Races are held at night when traffic is less. All riders appreciate safety, so we choose the highway for races. Gathering of the race participants takes place in special places — parks or parking lots. Racing is a risk which you take by agreeing to the race.

An important advantage of race is freedom of action. You can modify and improve the car to your taste. Many assemble their versions of engines, change the appearance of the car. 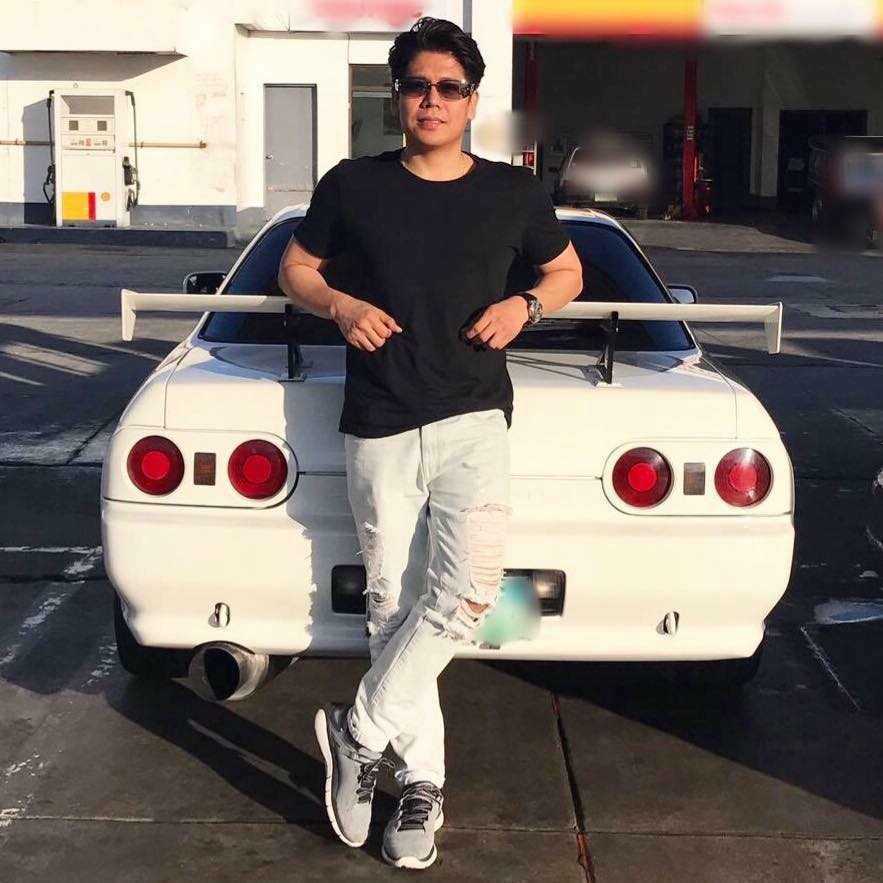 It is expensive to have a racing car, but for us this hobby is priceless. No matter how much you spend, the main thing is the happiness of what you do.

Novice street racers I would advise:

― choose a car that can reveal your identity

― explore the car industry and find ways to intelligently modify

― safety comes first. Respect other riders and pedestrians as you are responsible.

Fly around the world from Asia to the US and Europe and see the diversity of automobile culture, meet enthusiasts from all over the world. 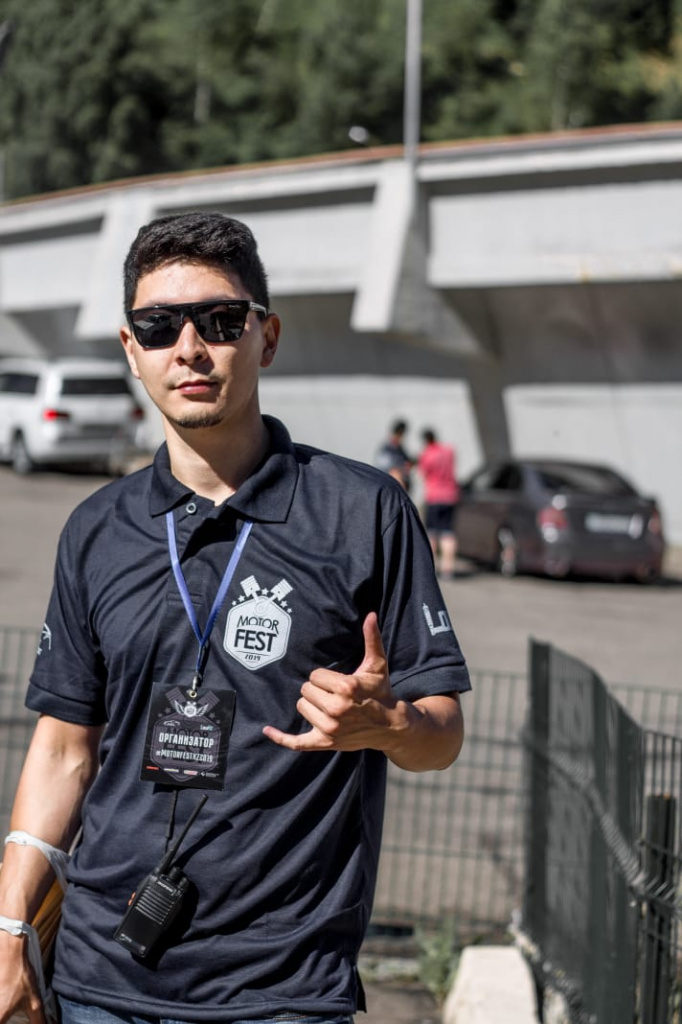 I have loved cars since childhood, read magazines, played video games about racing. Passion for cars is from my father, and he could completely disassemble and reassemble the car. He had many cars, both Soviet and foreign, so I grew up surrounded by cars.

At the age of seven, I first got behind the wheel of a small "OKA" car. Later we had two cars ― Audi 100 and Land Cruiser Prado. My parents used Prado, and Audi was in the garage, sometimes I drove it. It was the car on which I participated in the street racing for the first time and won the race.

My first car was a 2.6 litre Mercedes-Benz 190. On this car, I was actively involved in a street race outside the city. Every Saturday we organized races, all youth passed on the road.

About the culture of racing in Kazakhstan

Official races often held in Kazakhstan, but the level is weak. The sphere is quite young and lacks participants, coaches and cars. There is also a shortage of race tracks. The race track "Sokol" in Almaty has become a special place for riders. Various competitions were held there: drag races, drift and ring races. 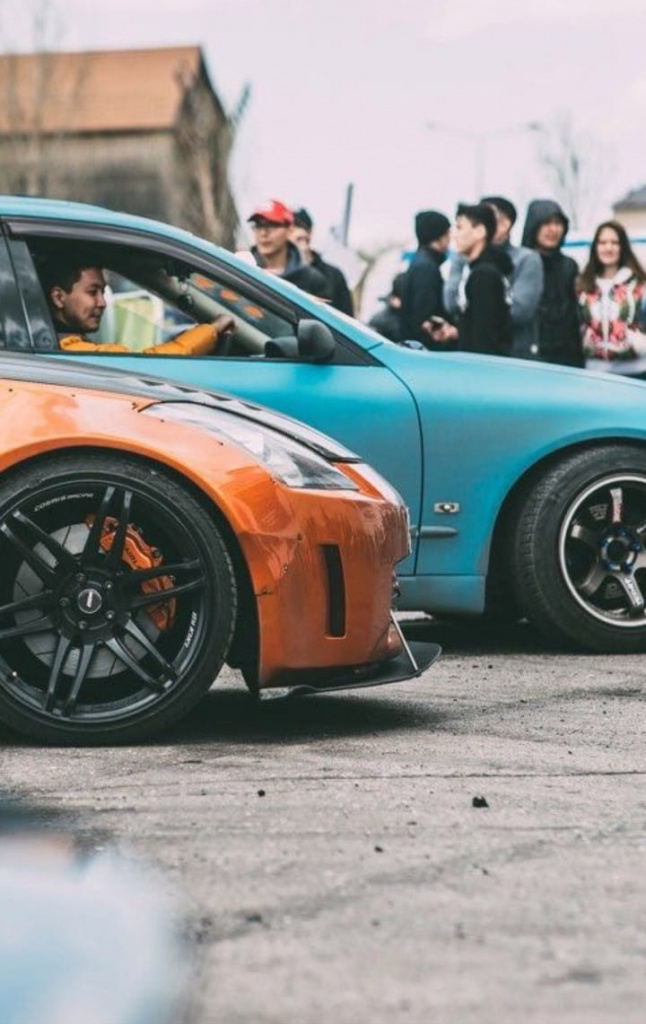 Racing tracks in each city needed for the development of the culture. In Nur-Sultan is a lack of race tracks. A lot of people want to, but there is no specialized place.

Official racing events held at least once a month in Almaty and Nur-Sultan. The popularity of racing is growing, more participants and viewers. In the future, the number will grow but necessary to maintain a given pace.

Drift races held on the race track. The day before the competition held training, drivers test cars and run the track. On the day of the race in the morning arranged qualifying race, and after — combat.

The main racing season is summer, but there are also winter races, off-road races and others.

It's quite expensive to have a racing car, but some enthusiasts are involved in the race with a small budget. Racers prefer to invest in cars rather than fly to other countries on vacation. In summer, riders participate in races, and in winter prepare the car for the new season.

For racing people mainly choose BMW cars and Japanese models. The advantages of these brands are the low price and affordable spare parts. 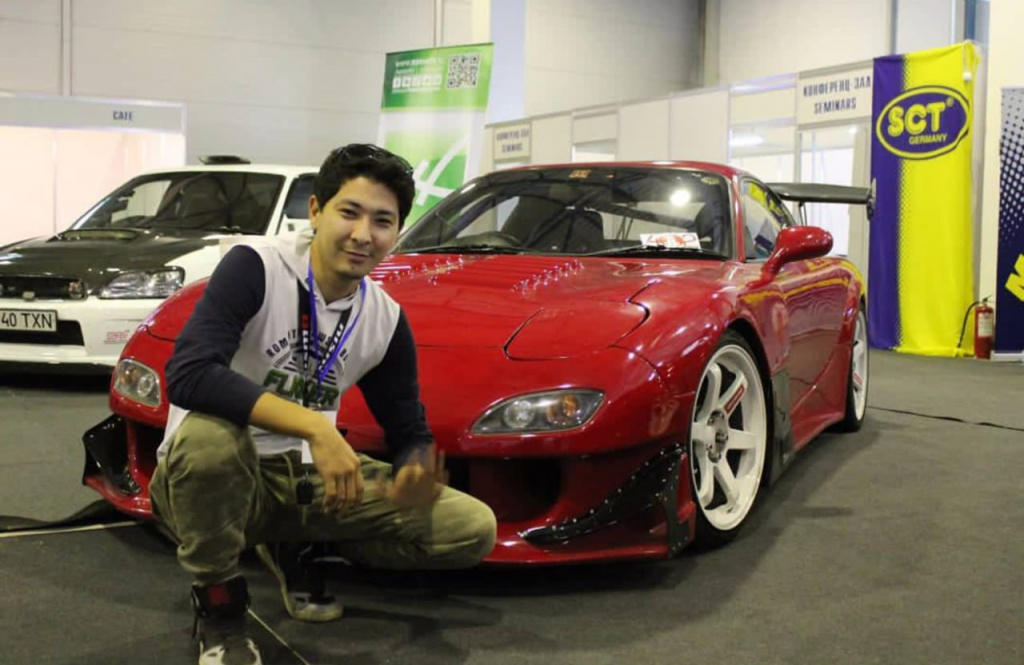 I do not support street racing, driving in the stream or playing checkers. This is a dangerous kind of racing that creates potentially emergencies.

I want to participate in the drifting championship of Kazakhstan.

Read this article
Five stories about being wife of the diplomat