I came to Kazakhstan for the first time in 2011 for a music competition. I was interested to learn about Kazakhstan, because I knew nothing about this country. I came for a couple of weeks, saw a lot of new things, a different culture and new opportunities. Soon my friend invited me back, I thought, "Why not?" And in 2012 I moved here. I studied music and decided to grow as a musician here. At that time, I already had a couple of albums. 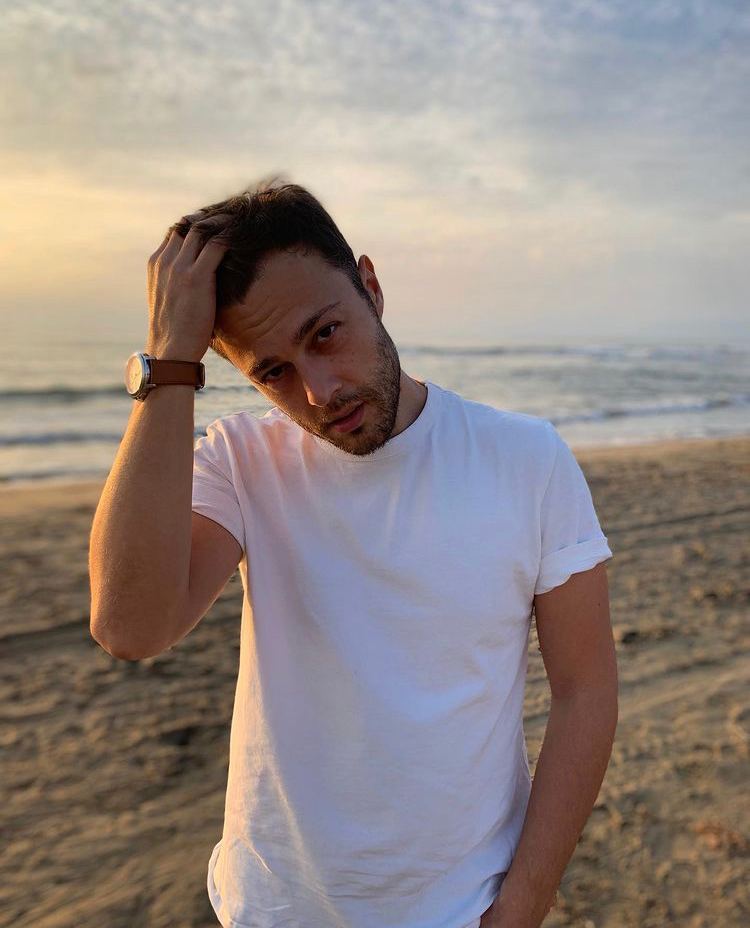 I did not think that I would start a new stage of life in Kazakhstan. Nobody from Italy could have imagined it then, unless people were working here in the oil and gas field.

My family’s reaction was calm, they were interested in my decision. My mom came here a couple of times, she likes it but she cannot say same about the weather.

The mentality of Italians is in many ways similar to the Kazakh. We are calm, friendly, and have similar family values. Of course, there are problems and conflicts, we can also be hot-tempered. But there were no difficulties. However I cannot say same about England, where I lived for a couple of years before coming to Kazakhstan. People there are cold.

Kazakhstanis are interesting people. They are used to live with different nationalities, not like in Italy, which is considered a mono-national country.

Sometimes I am surprised by the irresponsibility of people at work. We are not talking about everyone, there are also professionals. But I ran into this when I was looking for a manager, over the years I have changed many. I am a calm person and do not behave like a boss. But after two or three months, many for some reason perceived this as a reason not to work. I am not used to it. I cannot change my nature and be strict, I am kind and I want to remain kind and positive. 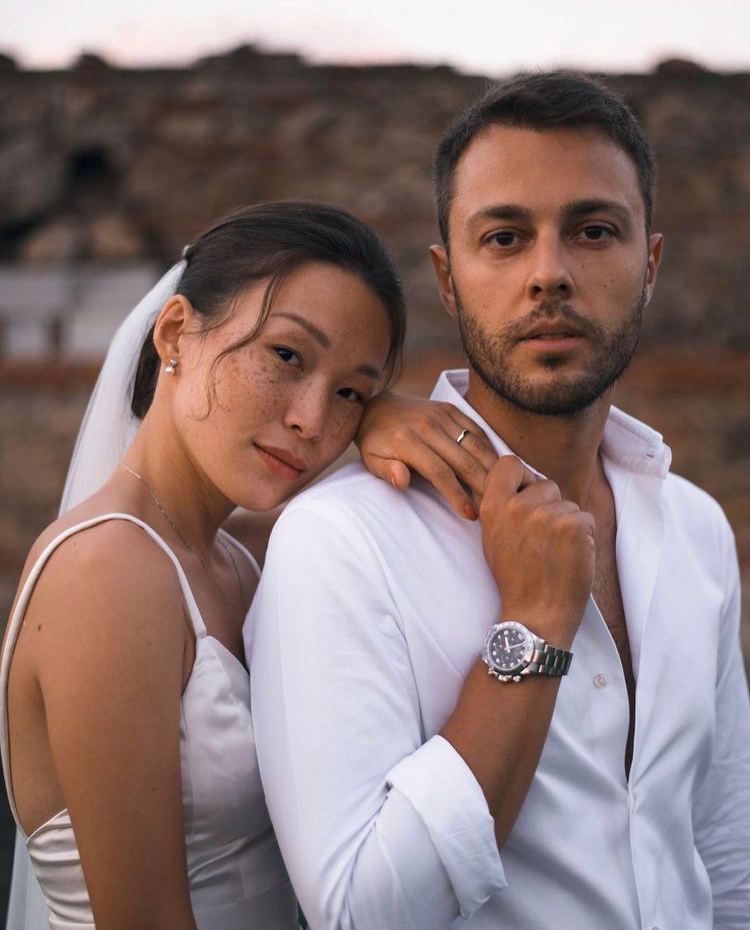 But importantly, I met my wife here. She is Kazakh cosmopolitan person. We met four years ago and immediately became friends. Once I decided to write to her and invited her on a trip to Tashkent, since then we have been together. I made an offer after I arrived from Italy, went home and immediately said: "Will you marry me?" Everything was simple.

We got married in Italy this August. We decided to make, two weddings, according to the Kazakh tradition. True, both were on my side, since her relatives could not come to us due to the closure of the borders. But I promised to make the small one in Kazakhstan, as it gets warmer, so that her grandmother does not take offense at me.

Language was the first barrier. It was difficult for me to start learning Russian and reading in Cyrillic. But singing in karaoke helped me. Then I had to learn the numbers, because in contracts they write everything in words. Once I came across a manager who was cheating, he gave me other numbers. 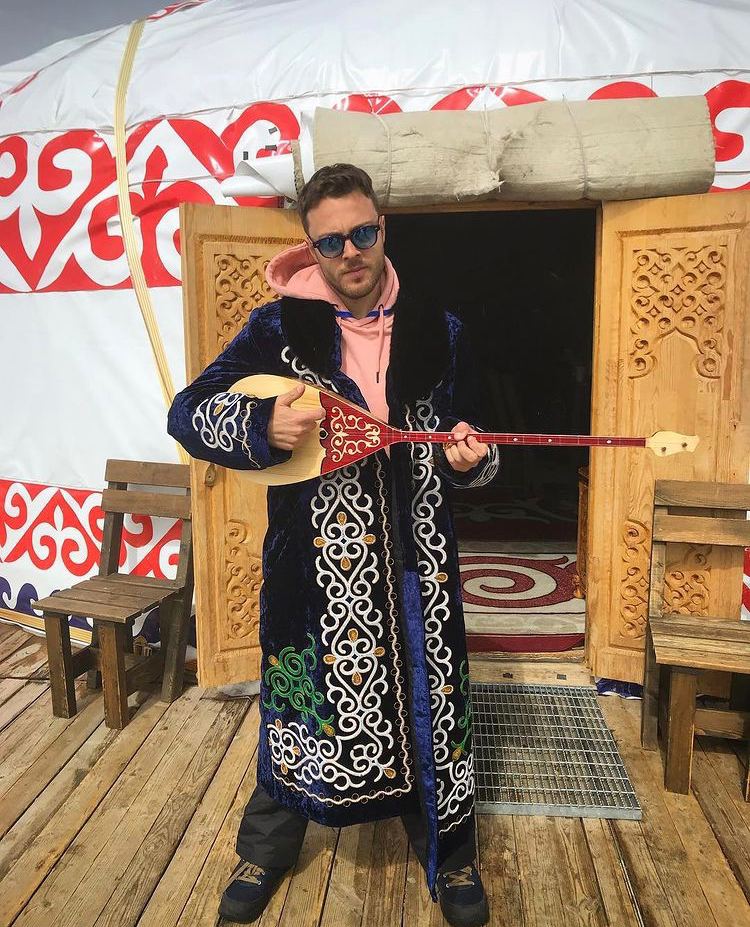 Now I speak Russian, but it is more conversational and street style. But that is enough to understand. Sometimes foreigners in Kazakhstan communicate only with each other. However, it is better to learn languages, this opens your eyes to some nuances of life in Kazakhstan. Learning the Kazakh language helps me think like a Kazakh. I already think like the locals.

Now I live in Almaty, but there was a period when I lived in Astana. I feel myself comfortable in Almaty, it is better and warmer here. In Almaty, nature provides great opportunities. I am a mountain fan, I love being in the mountains. I go to Shymbulak twice a week.

I have a hobby — I fly a para-glider, sometimes I can ride people, but this is not a job. This is what I love to do. I have been doing this for the last six years. Paragliding gave me the opportunity to travel around Kazakhstan. 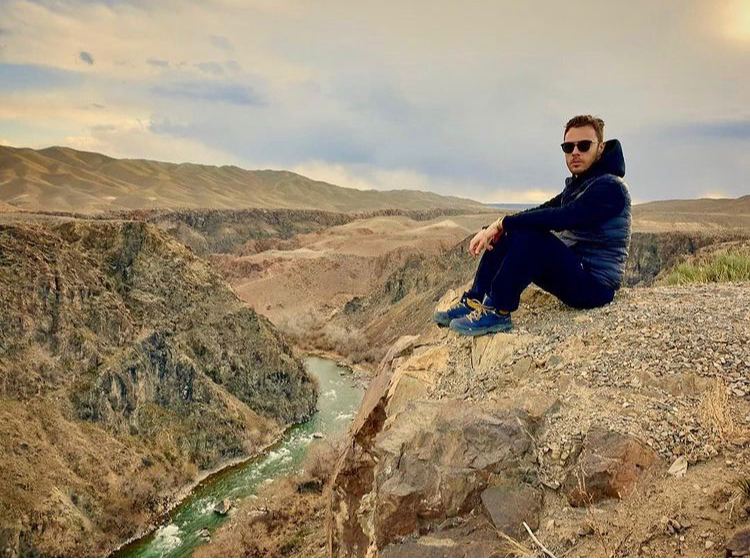 I also often visit Shymkent, an interesting city that has developed rapidly over the past five years.

I have been making music since I was 10. Since then I began writing songs and music. It is more difficult to write in Kazakh, but I have an author. I write songs in six languages: Kazakh, Russian, English, Italian, Neapolitan, and there is one in French. Neapolitan is different from Italian, it is not just a dialect, but a different language, somewhat similar to Spanish.

I am currently working on my album, which will be out in a couple of months. 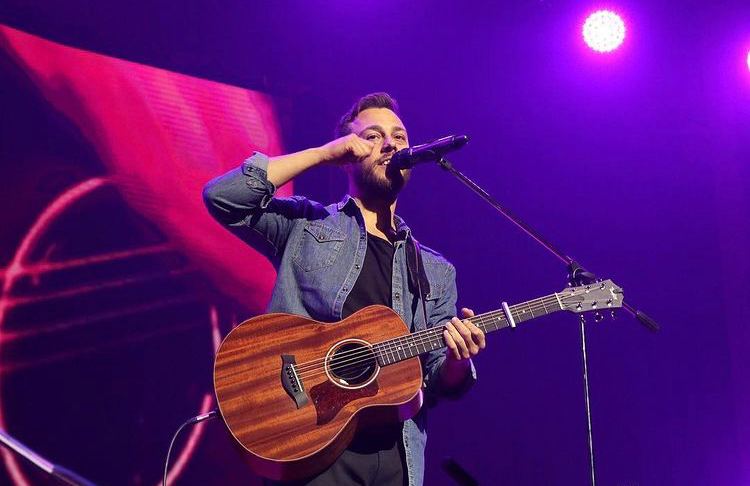 Also, a few years ago, my friends and I filmed the project "Pascalistan". This is a documentary film in two seasons and 30 episodes about my life in Kazakhstan. I have been working on this project for a year. This series is popular in Italy. Many people know about Kazakhstan thanks to this. Even at the EXPO in Italy, people came to the pavilion of Kazakhstan and, making posts, added the hashtag "Pascalistan". We talked about Kazakhstan, about the pros and cons. This is better for Europe, because few people there trust the media.

Kazakhstan taught me a lot, in terms of the profession too. He gave me the opportunity to develop a career, and also an incredible number of happy moments.

Read this article
Foreigner from Turkey tells why he refused to live in Highvill and where in Astana yo...

1545
AN AMERICAN ON REASONS TO BECOME A TEACHER IN KAZAKHSTAN