Age 28, hometown — Kyiv, a diplomat at the Embassy of Ukraine

Valeria. We met at the University of Pretoria in South Africa ten years ago. We studied at different faculties, but we had mutual friends. 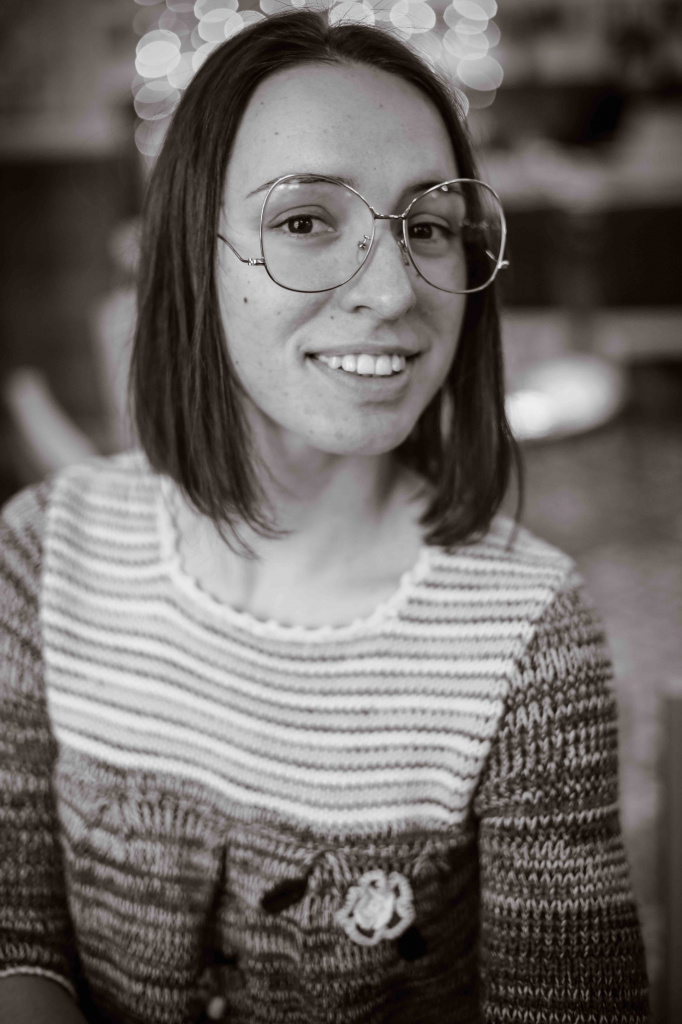 Before we got married, we had dated for a long time and traveled. We lived in Thailand for three years.

Nicholas. When we planned a trip to visit my sister in Japan, I decided to propose. We're fans of “The Lord of the Rings” and “The Hobbit”. So I pre-ordered the ring from a New Zealand master who made the rings for these film series. They even have an inscription in Elvish: One ring to show our love and forever to entwine us. 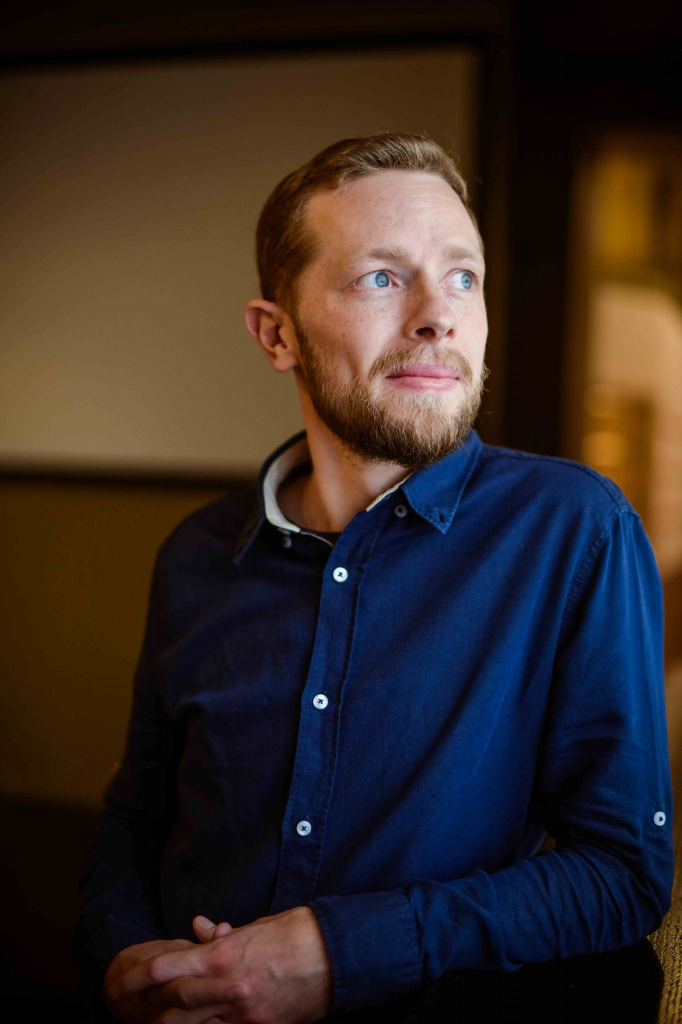 It was a dangerous plan. When we arrived at the airport in Tokyo, we were asked about the presence of precious things and gold. I had to lie and was afraid that the ring would be discovered during the baggage screener. Then I would have to propose right in the airport terminal. But I was lucky, and Valeria did not see the ring ahead of time.

We're fans of “The Lord of the Rings” and “The Hobbit”, so I pre-ordered the ring from a New Zealand master who made the rings for these film series

One day we went to the North of the country to a beautiful place — Nikko. We went to the mountains, walked around the lake, and I proposed to Valeria.

Nicholas. I first came to Kazakhstan in April, but it was snowing outside. It was the largest amount of snow I've ever seen in my life.

It was unimaginable to be outside at -20 degrees. When I first went outside in the cold, my beard was covered with frost, and my nose stung from the cold. These feelings were unusual and surprising. Now I'm used to it. This is the first Christmas I celebrate with snow outside the window. 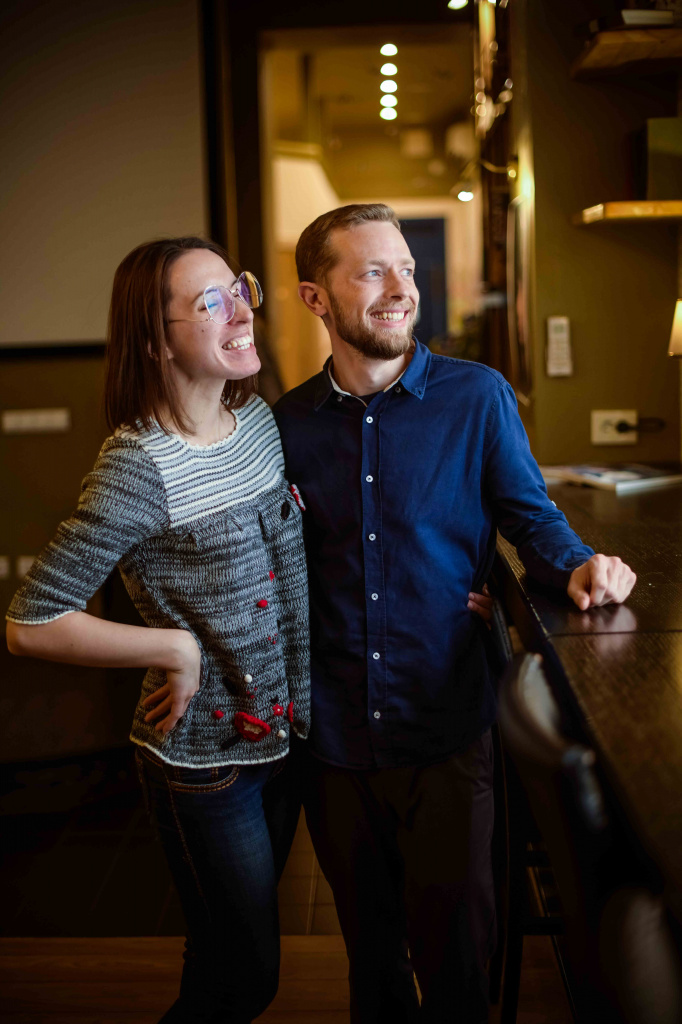 Valeria. I have already been to Kazakhstan before, lived here for three years as a child. I went to German school No. 46. My parents were diplomats, so I had lived in many countries.

Then the capital just moved from Almaty to Astana. I can see how much the city has grown. At that time, the left side of the city almost didn't exist, and now here's an incredible number of beautiful buildings.

Walking along the right side of the city, I see many familiar places where I once played with school friends. Many of them have already moved or study abroad, but sometimes we see some of them.

I have completed one course of Kazakh language, and I have an entry-level certificate

People here friendly. When I arrived a year ago, people were willing to help me. Once in the elevator, a neighbor gave me baursak, and the next time she gave me an apple, it's incredibly cute.

I have completed one course of the Kazakh language, and I have an entry-level certificate. It's one of the most difficult languages I've ever studied. But people are pleased when I talk to them in their native language. 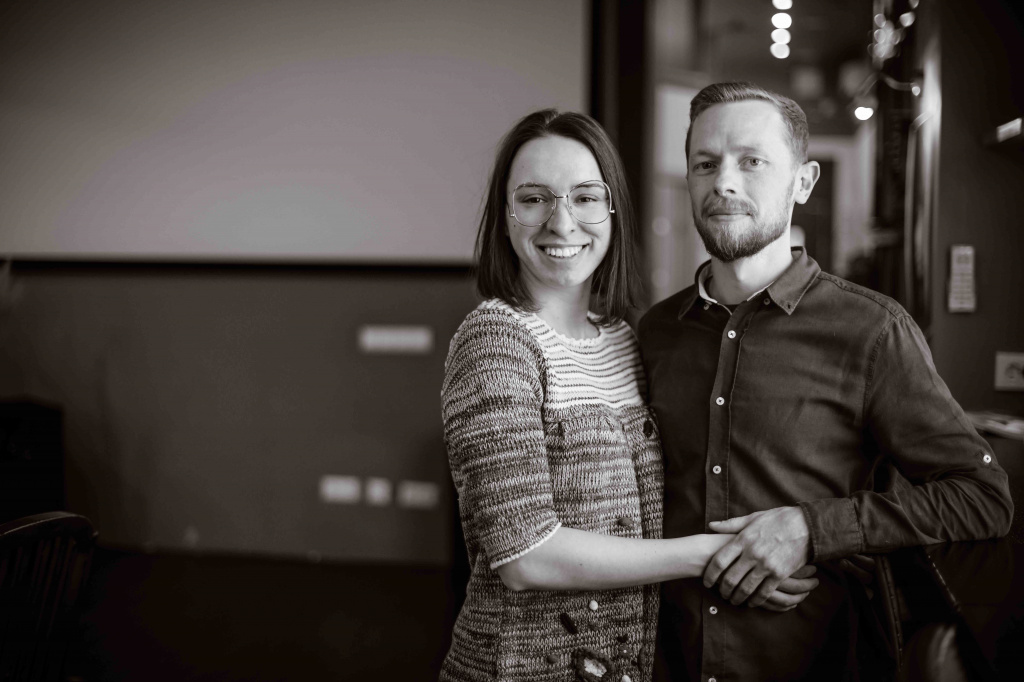 Nicholas. People often invite us to visit. I tried beshbarmak and horsemeat and I liked it. It was normal for me. Although we do not eat horse meat in Africa, we also have meat that may seem unusual. For example, ostrich meat can be bought in every supermarket.

Valeria. We have a similar sense of humor. We watch a lot of movies, and TV series, read the same books. We love “The Hobbit”, “Harry Potter”, “Sherlock Holmes” and “Peaky Blinders” series.

Nicholas. We often communicate with each other using the phrases from books and movies that no one else understands. 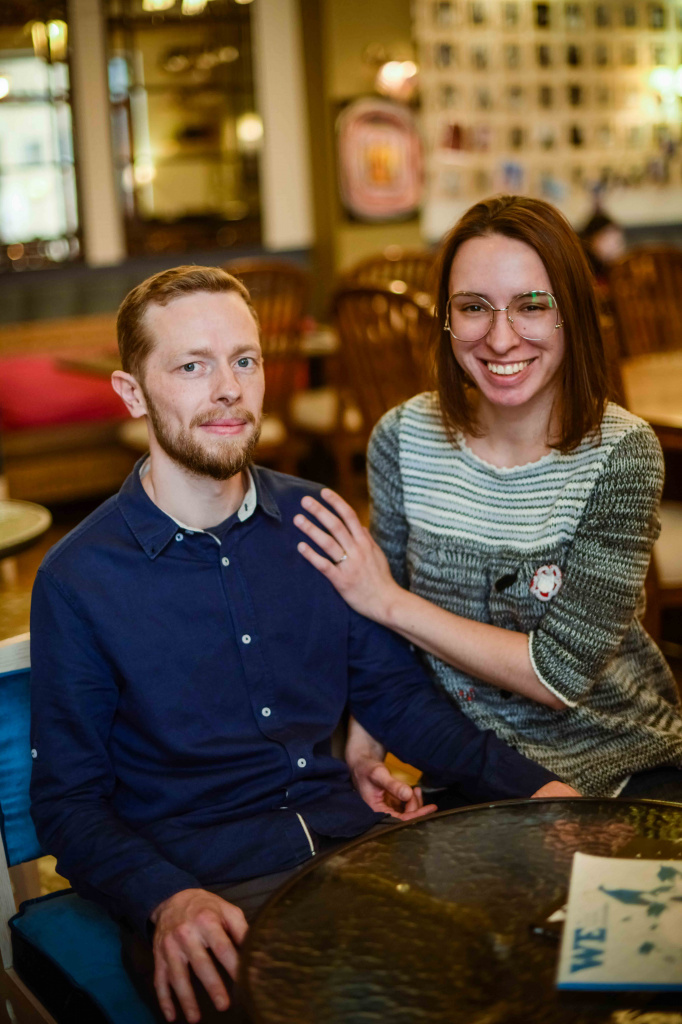 I am in Kazakhstan as the spouse of a diplomat. So I do all the household chores, cooking, shopping. It's uneasy because of my poor knowledge of Russian, but I'm learning.

Valeria. Nicholas is a much better cook than I am, like his father in the family.

Valeria. We have a Christmas atmosphere inside and looking forward to the holidays.

Nicholas. We have a lot of things to do, events and gifts, but I feel comfortable and happy.

Read this article
A GERMAN ON PLACES REMINDING THE HOMELAND

938
About how to before 64 years to visit the 31 countries and relocate for work to Astan...

1108
A diplomat from the United States: why Kazakhs learn English and must-see in Almaty f...