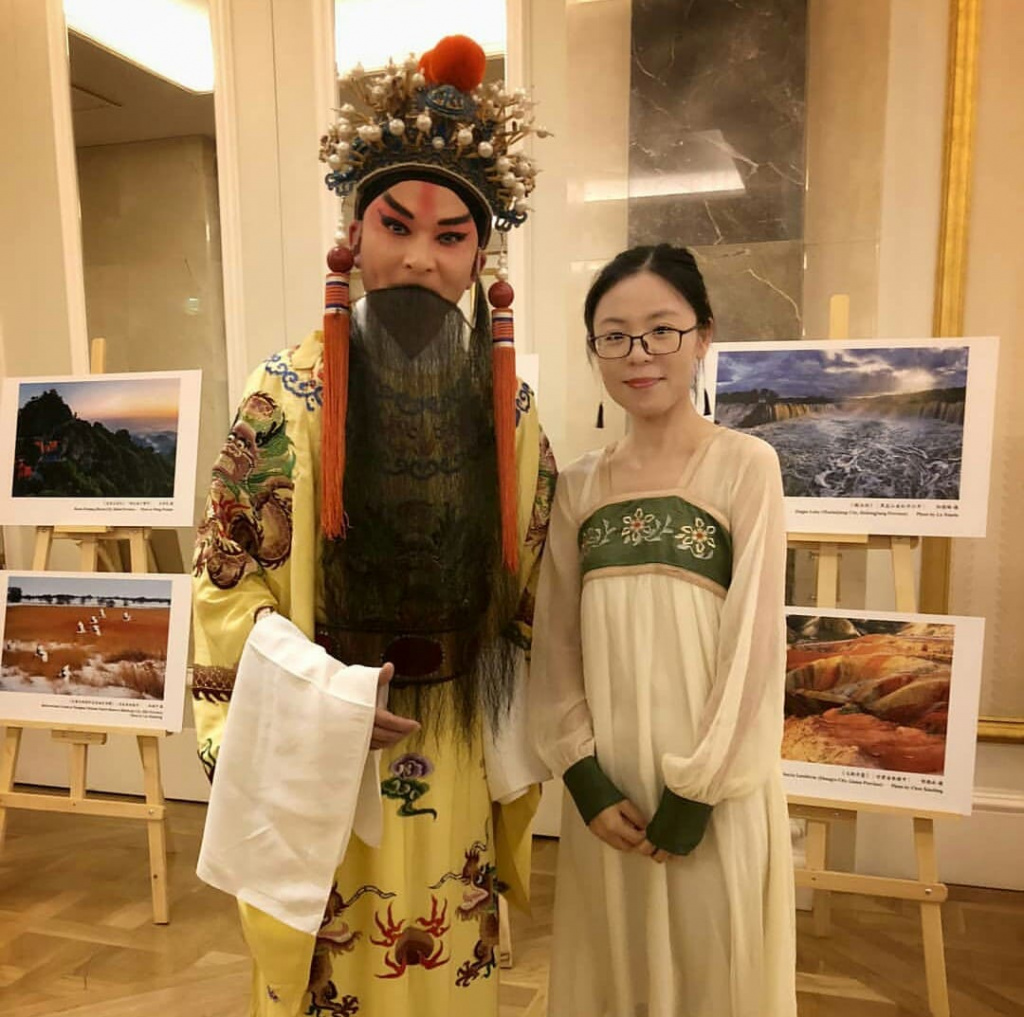 I am from China. I work as a Chinese language teacher at Baku State University.

I live here for almost five years. I came here on a program to promote Chinese languages and culture abroad. In fact, the US was at the top of my priority list but too many teachers applied that the Confucius Institute Headquarter officer offered me another option, which was Azerbaijan.


At that time, I barely knew anything about this small country. As an adventurous person, however, I thoroughly enjoyed the diverse culture here at the crossroad of East and West. It was such a unique experience. People here are very hospitable and the weather and sea were so pleasant to me. So in general I like living here.


I also experienced certain degrees of culture shock when I first came. For example, it is such a slow-paced country compared to China. I was constantly anxious about why things could not function more reliably and efficiently. After living here for a long time, I gradually accept the cultural difference and sometimes even like the flexibility here. 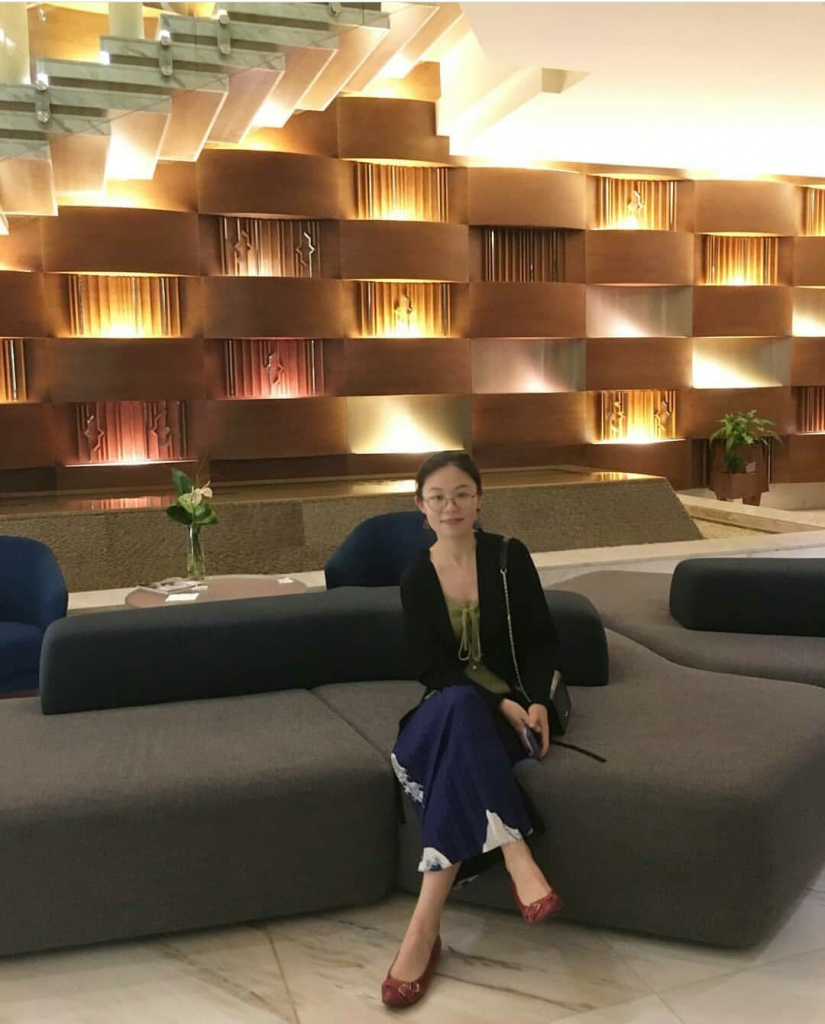 
I think Baku does not differ much from Chinese big cities but other cities in Azerbaijan do. I once called Sheki village, which was strongly opposed by my student. I did not mean to be offensive at all - just in terms of size and degree of modernity, I really cannot associate it with the city. But that is the charm of it. I like the different atmosphere there without tons of tourists.


Definitely, because we were once connected by the Silk Road. We have something in common, such as tea culture, sericulture.


I think people have different lifestyles in different countries and we should learn to respect their way of living and adapt to the local culture. I really appreciate Azerbaijanis’ openness and hospitality to strangers, which could easily draw people closer.


The cultural difference, say, religious diversity. It is amazing that several religions coexist in such harmony in this secular Muslim country. I visited many religious places throughout the years and even did a photo project to document what I saw. 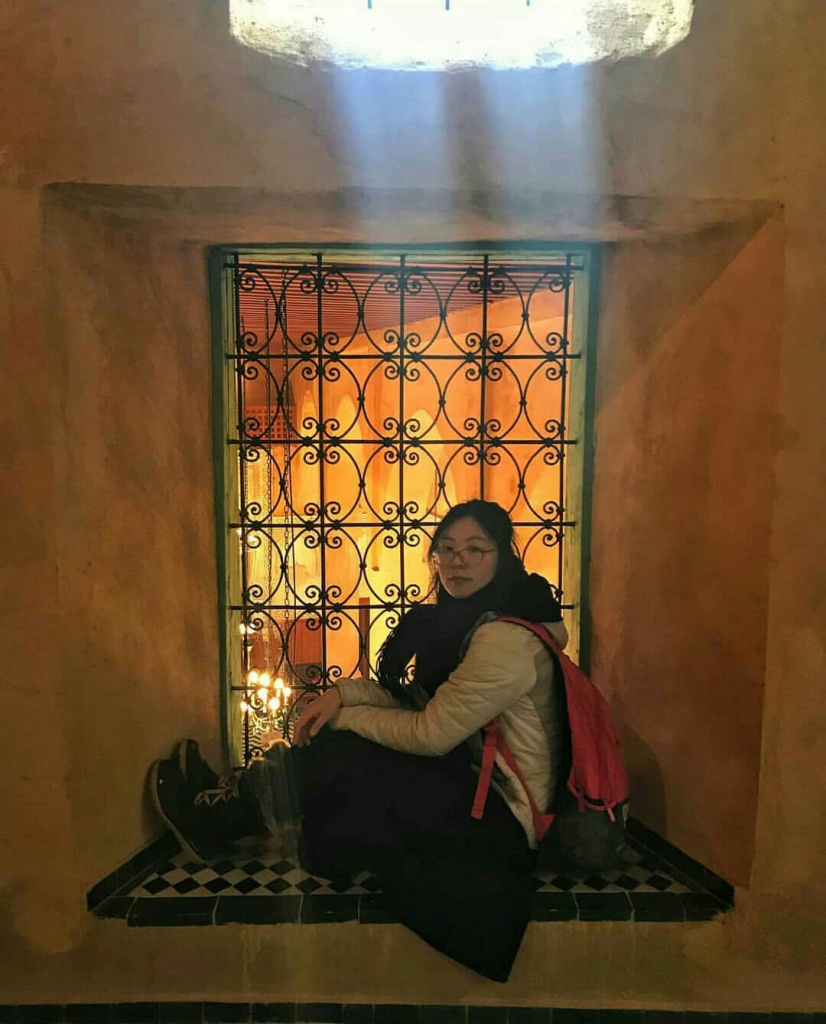 
I once went to some remote places in Nakhchivan with a friend. It was a very eye-opening and unforgettable trip. We went to an abandoned hotel in Ordubad, which still functioned during the soviet times but later was deserted due to the war. We came across a taxi driver who mixed the gasoline with Fanta, just to save money, and he drove us to the border. He was a crazy driver but it was an amazing experience. 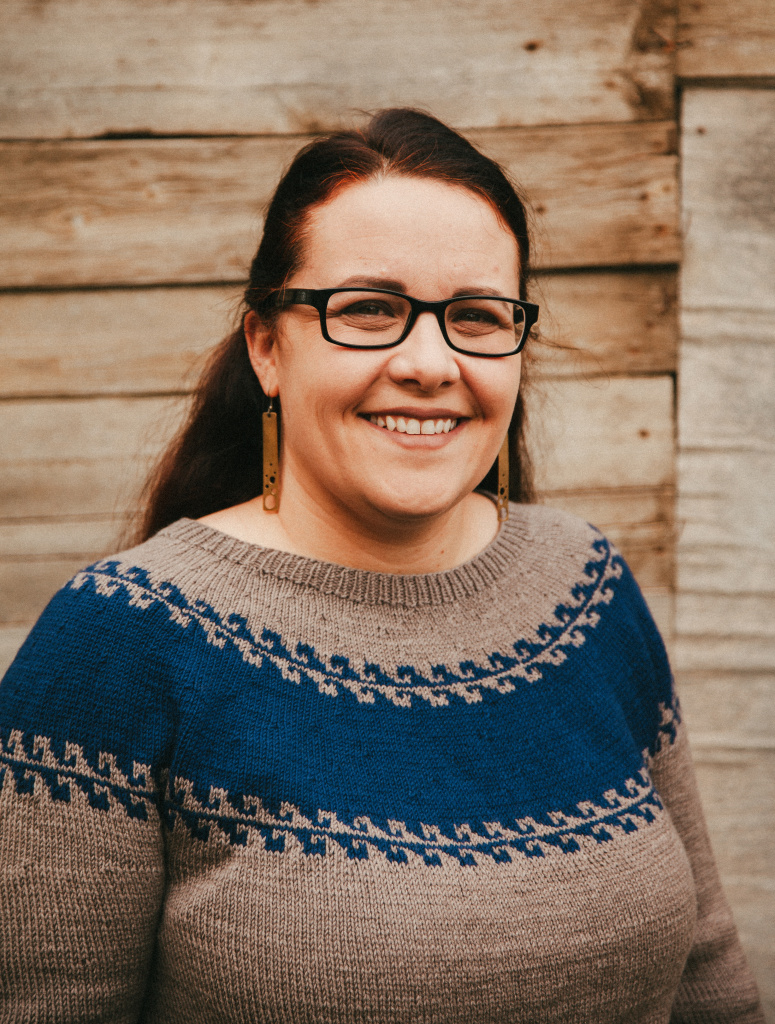 I am from Minnesota, USA. I am an English teacher and came to Azerbaijan to teach English in 2004. I taught English for many years but then I decided to start a business doing with handknit traditional socks.

I have lived in Azerbaijan for almost 16 years. I was trying to get more experience as an English teacher so after I graduated I decided to move to Azerbaijan for 1 year to teach. I had a friend whose father started an English school and I came to teach in his school. After ayear, I loved it and decided to stay.


Culture shock, people coming too close to me, kissing me, people staring all the time, learning how to live in a new culture, how to do public transportation, how to buy food, pay utilities, and everything else is brand new.


No Sidewalks - or cars parked on the sidewalks. I moved from more of a suburb to the middle of Baku, which was a big city - so that was lots different - apartment buildings, neighbors very near, high walls around every house. 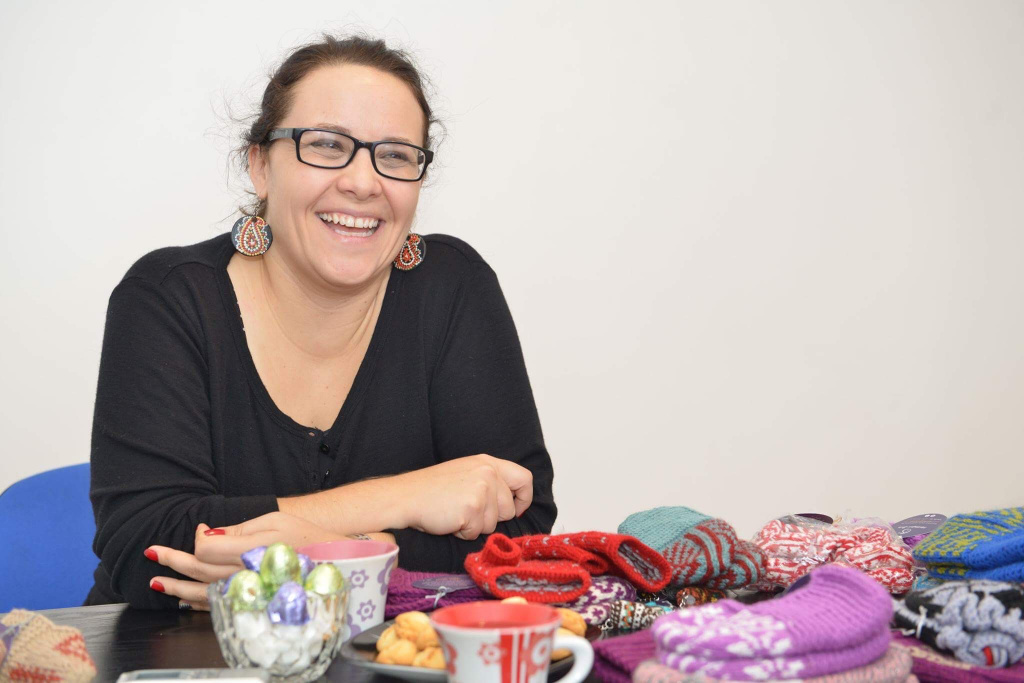 Both of us care about guests but show it in different ways. In my grandparents' small town farm life it felt similar that many women were canning for the winter and spending time drinking tea together. So the small-town life of my grandparents’ hometown felt similar to the culture in Azerbaijan.


They are very kind and hospitable. They are very resourceful. They are talented at finding ways to succeed in the face of odds. They are very family and community-centered. They are group-oriented and care very much about what people in their families and communities think about them. They love food and cooking and place a high value on homecooked food. 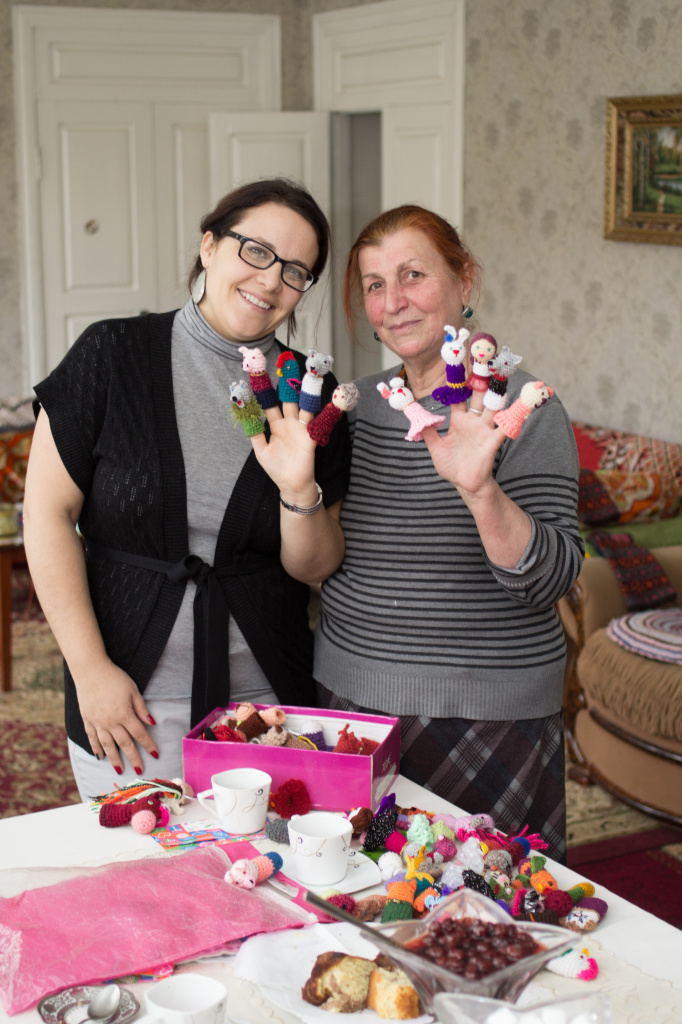 
Focus on relationships instead of time. Lots of good fresh food. So much less bureaucratic.


I had many issues with car troubles, getting stuck in places, visiting faraway villages and having interesting experiences there with the people, climbing to peaks of mountains in crazy weather, taking adventures to find new knitters, and many more. 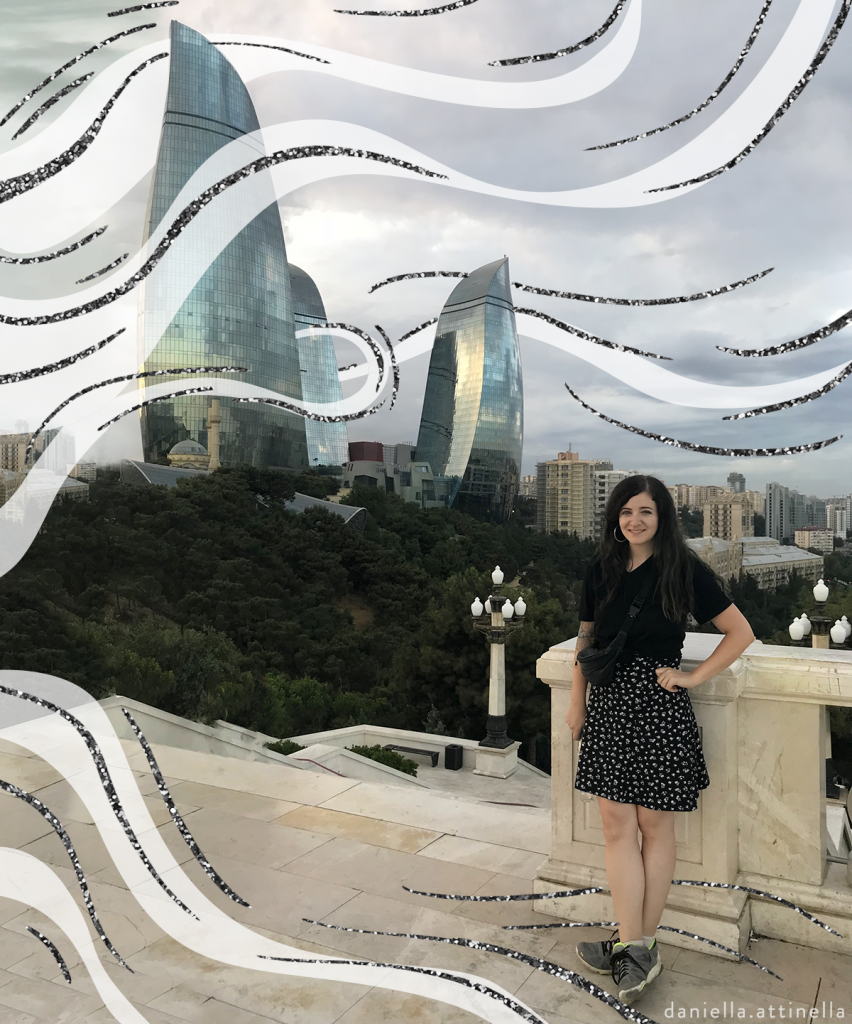 I am from the United States and have been a graphic designer for seven years. Before this I lived in Rome, Italy for one and a half years after meeting my now husband on a solo trip around the world.It has been an interesting journey.

My partner who is Azerbaijani and I married last year after meeting and living in Italy. After he graduated from University, we had to decide if we wanted to live in the USA or Azerbaijan right away, and we decided it would be nice to live here to be close to his family before eventually moving to the States.


That it was hot and sunny. Though now I know, it cools down in the winter. I also was in love with the aesthetics. I have always loved florals and patterns, and it felt there was an extra attention to making sure rooms, buildings and parks were beautiful instead of just functional. As a designer,it is an inspiring place.


There were many cultural things to learn and get used to when I first moved here. We lived with family for the first six months where I learned many differences in culture compared to the States. The biggest difference was the culture being much more community, family-focused rather than individual. I cannot say one is better than the other is, but it was definitely hard to adjust to right away. Here people might tend to always have an opinion about what you should do, how you should dress, and will not be shy to say it.

I also had some difficulties having my arms covered in tattoos. Nothing bad really, but when they are shown I noticed more people staring because here it is not so common for women to have large tattoos. It is more common for men to have them, and women might have cute smaller ones. 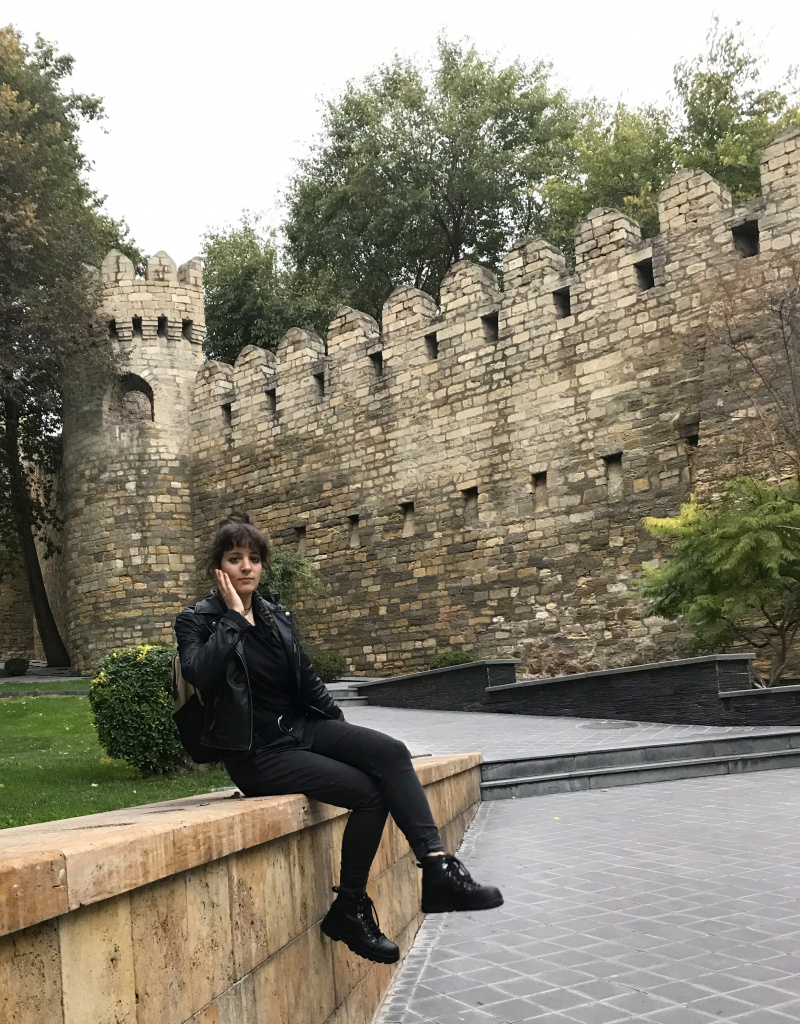 
The very first time visiting Azerbaijan, we got picked up from the airport and drove down the famous highway in Baku that is lined with beautiful completely creatively designed buildings. That was really impressive to me. Also the terrain was different with the soft rolling hills with mountains in the distance. In a way it reminded me of parts of Italy. Of course seeing signs in Azerbaijani I remember stood out to me the most, the "ə" I had never seen before.


Azerbaijani people are very welcoming and love to treat their guests like kings and queens. They are proud to share aspects of their culture, and are also very proud of the diversity in culture, language and religion within the country. They are warm and converse on a human level throughout their interactions in the day. A taxi ride might turn into a long discussion about life. I think people are present and really value family. There is a sense someone is always there that cares about you. 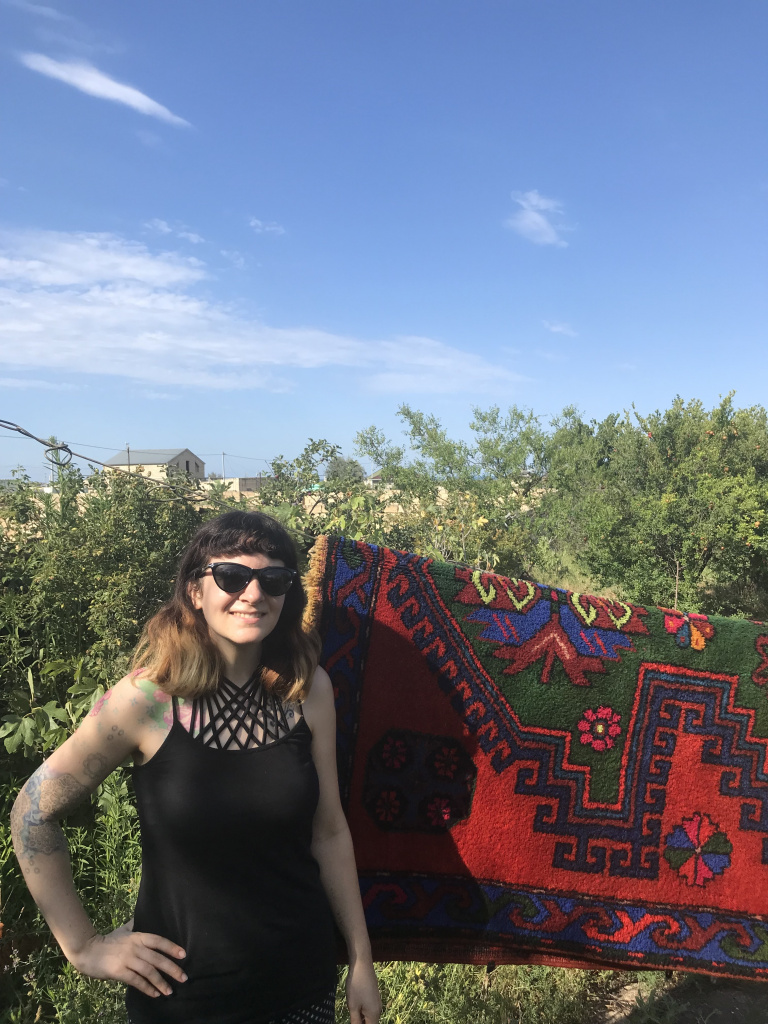 
The first I am thinking of is the abundance of affordable fresh healthy produce, especially green herbs. The amount of fresh herbs one buys at a time here I have never seen anything like it. Also where I am from pomegranates are extremely expensive and just one variety. Here almost everywhere, there are pomegranate trees and in the fall, the supply is unlimited and delicious.

I also am in love with the designs of the parks and buildings here- especially the Islamic patterns on many of the surfaces. Of course, the unique buildings in Baku are beautiful and impressive. ZahaHadid's building, the HeydarAliev Center, is the most beautiful building I have seen in person.

With the mix of Turkic, Soviet and Persian influences here, there are so many beautiful and interesting things here. Just walking down the street or going to the grocery store to me is an adventure. This I will miss when we are away for sure.
#baku #azerbaijan #expatlife #livinginazerbaijan #expatinazerbaijan

1212
Family from Germany about the age difference, life in Kazakhstan and travelling