Life in Georgia: foreigners about what fascinates and attracts them in an amazing country

Life in Georgia: foreigners about what fascinates and attracts them in an amazing country 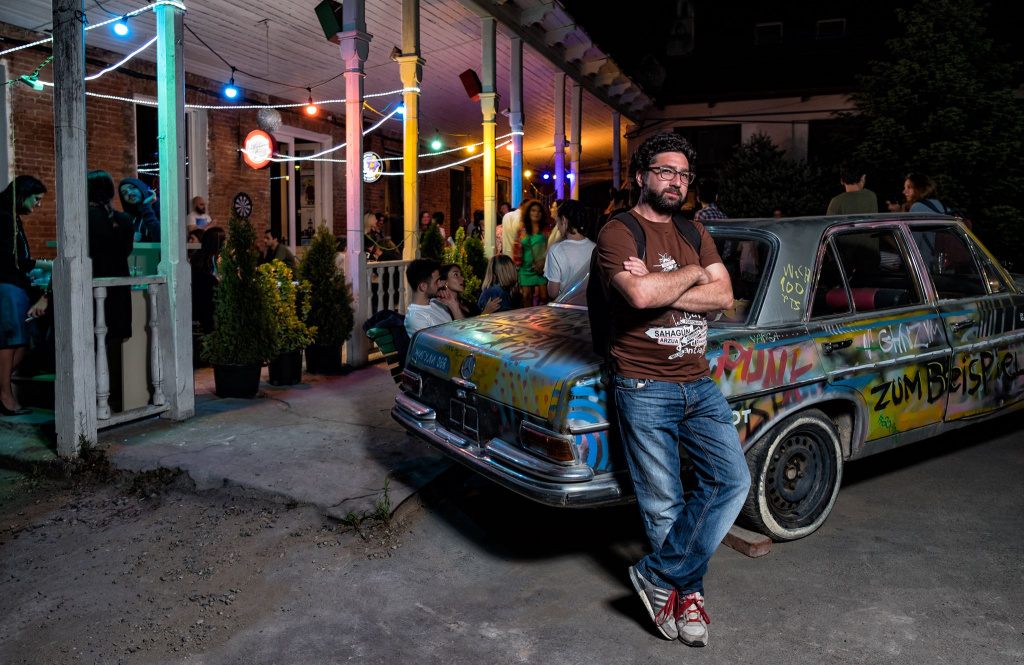 I was born and raised in a small town in Sicily, Syracuse. Since adolescence, I have always worked in the artistic field and today I am a videographer and motion graphic designer generalist. I work for a multimedia group in Tbilisi, Georgia.

I arrived in Georgia in 2014 almost by accident. When the company where I worked in 2011 fired my department due to the crisis, I started traveling with the money I have left, during that time I went through a period of depression and traveling is the only solution to recover. I visited many countries, until one day I arrived in Tbilisi via a project for an NGO. Until before I did not even know where Tbilisi was, I always thought this part of the world was Russia.

Georgia six years ago is a little different than it is now. My first impression was of awe. Seeing all those written in Georgian fascinated me a lot. I am Italian and not seeing a single moped around struck me. Now Tbilisi is full of them and becomes more and more Westernized.

The biggest challenge was having to learn Georgian. I said to myself if I want to stay here, I have to understand what they say and what to say because it is easier to find work if you know the language, so I started studying with a children's book. 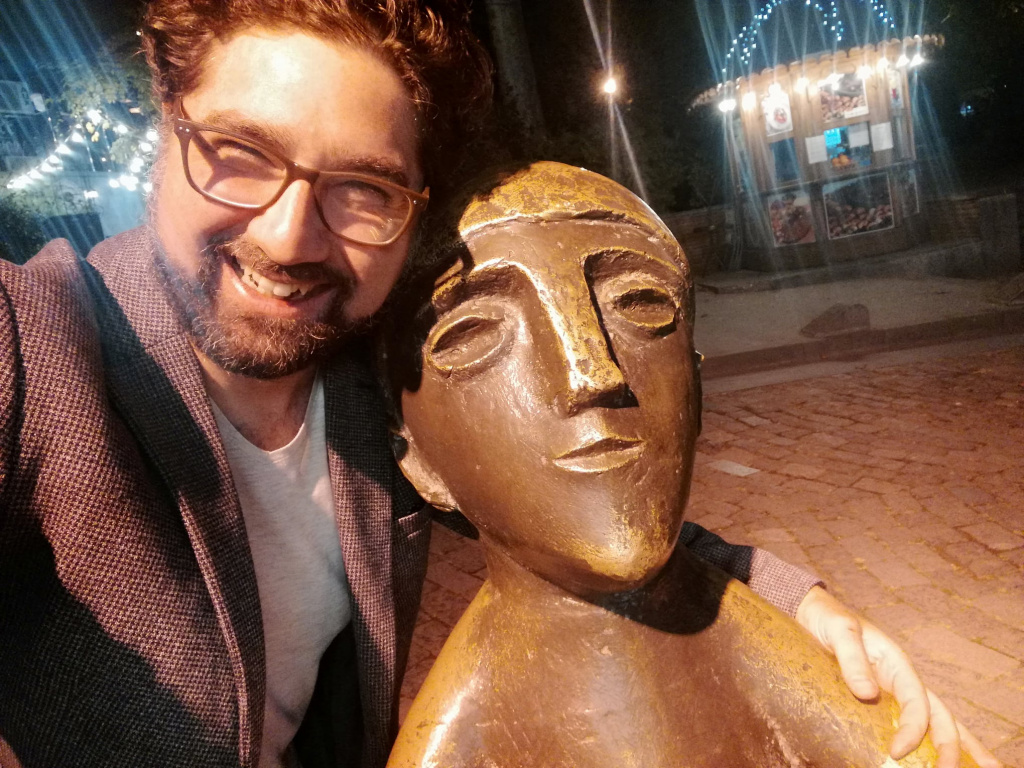 Between Italians and Georgians there is not so much difference, we are passionate in the same way. I must say that seeing all those rundown buildings, dangling cables and cars in poor condition a bit worried at first, I had the feeling that there was no control by the authorities. Things have changed a lot now compared to six years ago.

Georgia is a nation that has always had to fight and defend itself from invaders. They have not had the opportunity to develop painting, sculpture, architecture as Italy did. But despite everything they have had great painters and writers, and today many contemporary artists including musicians and artists in general. 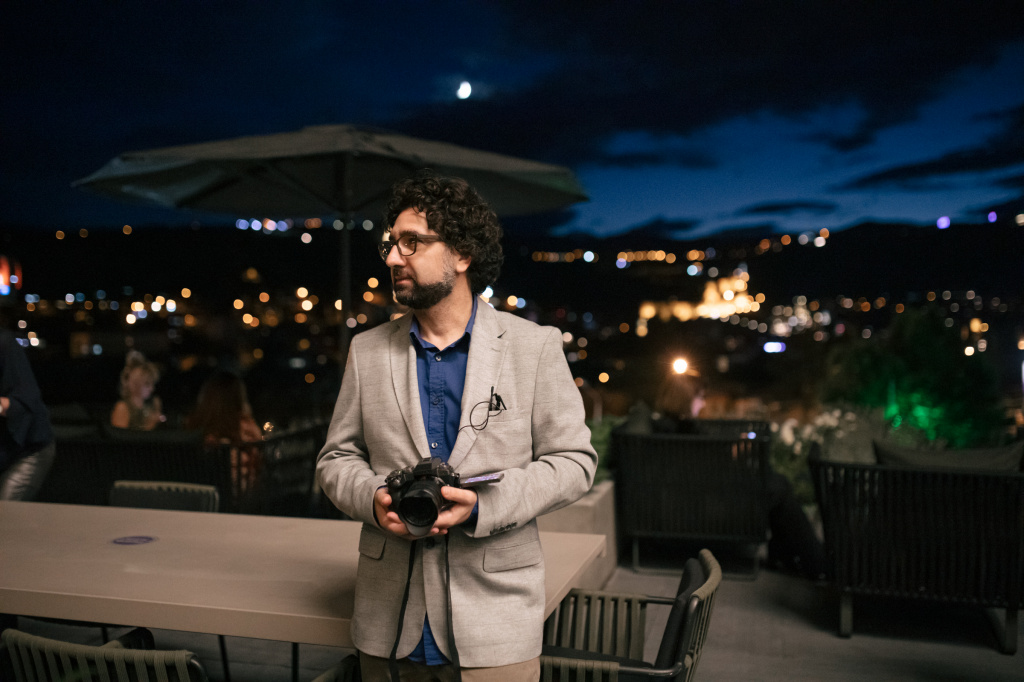 I chose to stay in Georgia for financial reasons mainly as well as for family reasons, and my wife is Georgian. In Italy, I have not been able to do what I have done here in six years. Working in my area, starting a family, buy home and waking up smiling every day. 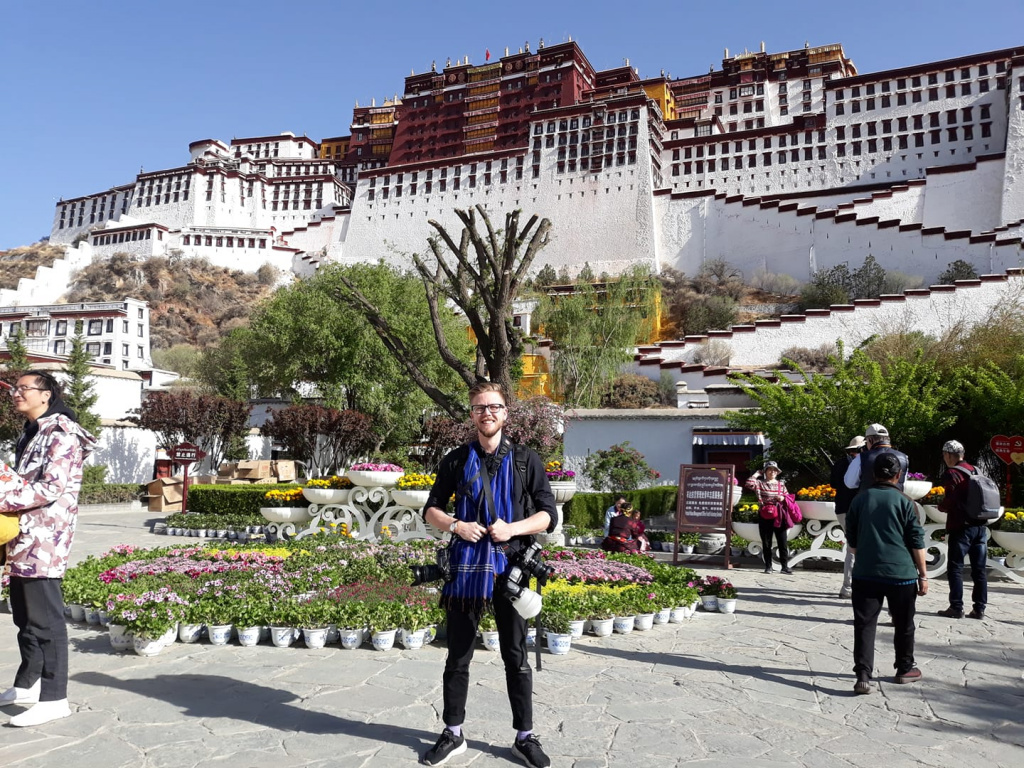 I am Danish and English. I am a multimedia producer; I work mainly in consultancy for INGOs, the UN, travel companies and commercial firms making photos, video, and design content www.storgaardphotography.com

I have lived in Georgia since January 2020. I lived in Myanmar for four years before and worked regularly with an American married to a Georgia who would always talk about how wonderful Georgia is. When I left Myanmar, it seemed like the obvious choice to come here.

My first impression was very positive. We arrived in winter and found a very cozy apartment in the Old Town with a great view and plenty of cats to befriend. It was the first time I had spent an actually cold winter somewhere in perhaps five years and it was very pleasant. 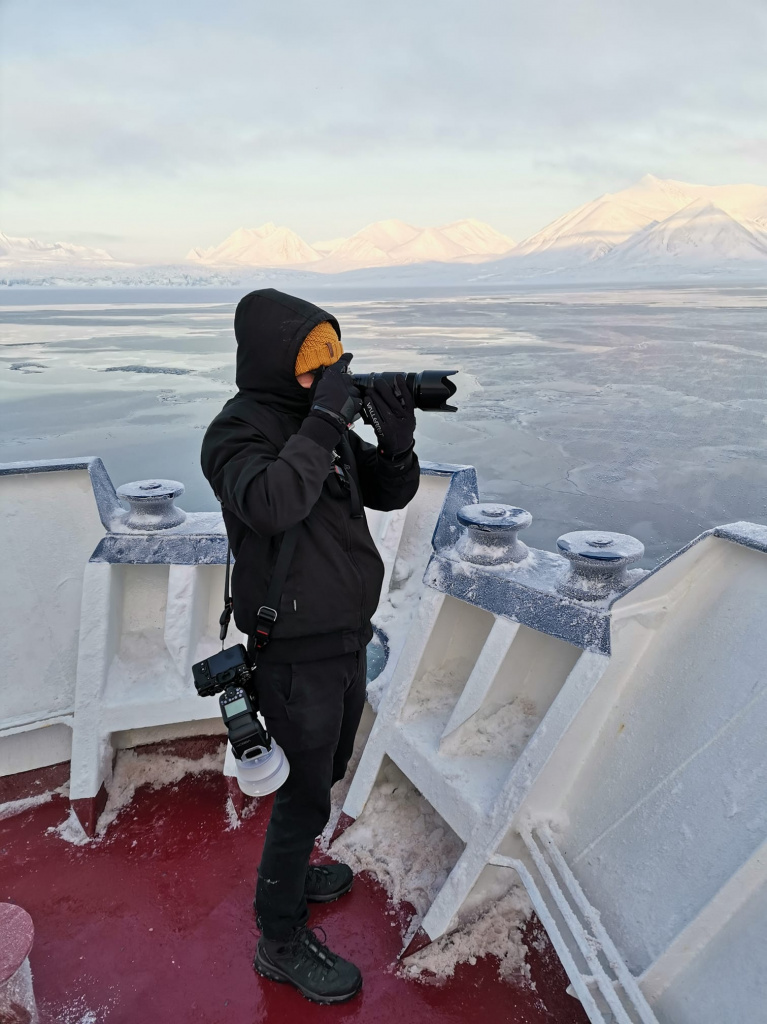 Honestly, there were no difficulties. Georgia is very, very well geared up for visitors, from the ease of the visa system to the infrastructure needed to make life here very comfortable.

For me coming from living in Myanmar, the differences were quite strong — the biggest of course being the weather, but also very large differences in food and infrastructure. Georgia is very easy to travel around by car, bus or train, which makes tourism very straightforward.

A lot of urbanite Georgians would fit in very well in Denmark — people have an amazing sense of style and taste in art, music, food and culture.

Georgians have a good quality of life and definitely do not want to work themselves to death in a way that has been slightly fetishized in some countries, including my own. I really admire their commitment to having a good, fun life and ensuring that work does not take over everything. 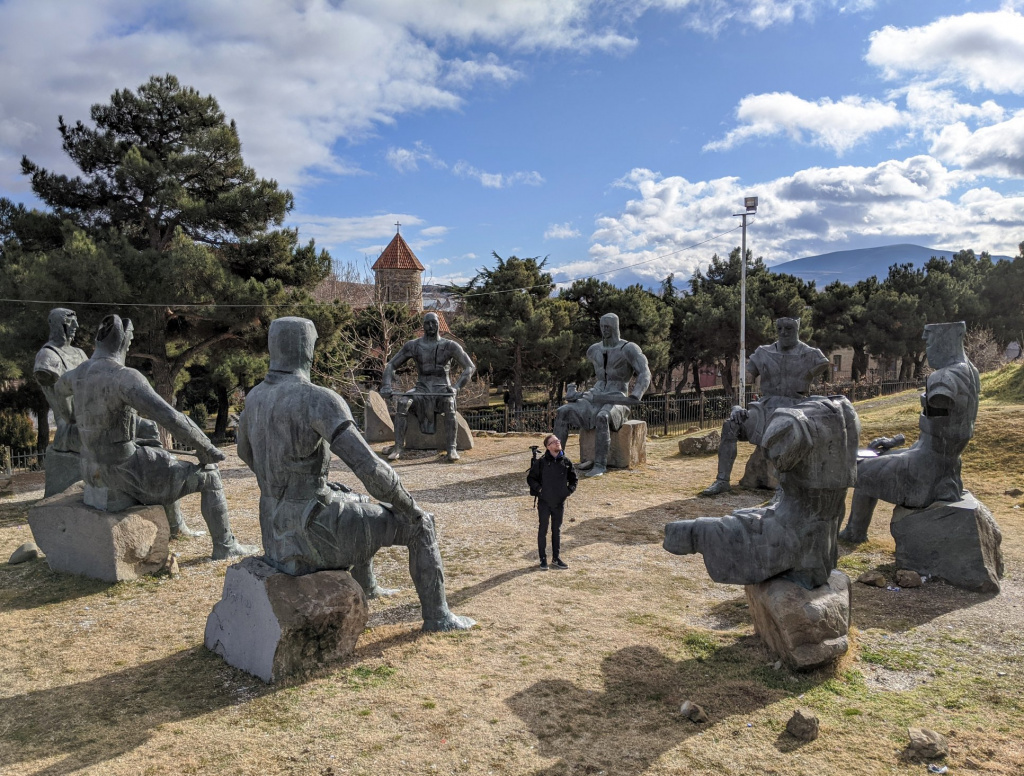 Bees. I am working on a photo project on beekeepers in Georgia now. There are so many bees here due to the rich biodiversity of the flora and fauna. For me, it isreally exciting to see, as we do not have anything as diverse in Denmark or the UK.

My favorite moments in Georgia have been while driving or visiting different regions. There is so much to see and do here. My personal highlights include visiting Tskaltubo, meeting residents of Pankisi valley, and hearing their stories and having them perform traditional singing, visiting social enterprises in an IDP camp in Mtsketa, driving to Ambrolauri in the middle of winter through the closed and very snowy pass, and trying to climb in the snow in Chiatura but having to abandon it when we could not even find the climbing site. 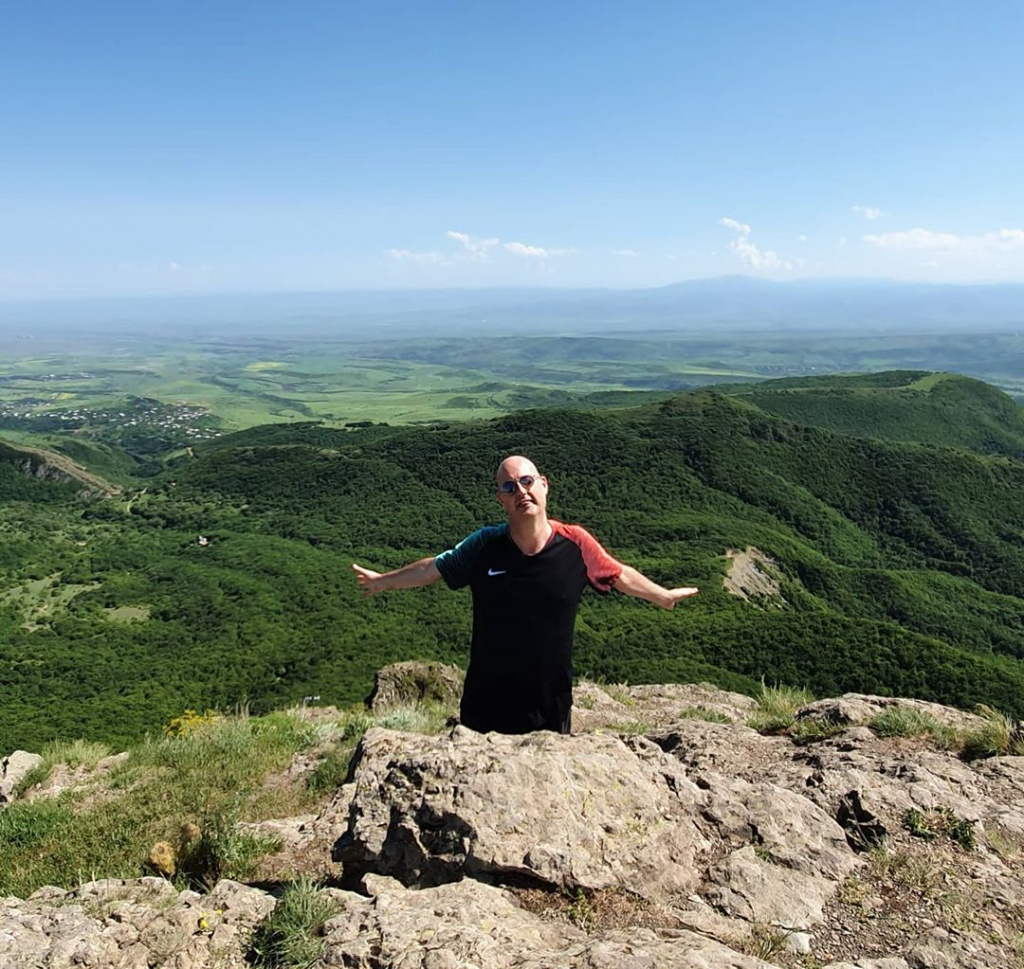 I am a world citizen, but originally from the UK and moved to Georgia in December 2019. I have spent most of my life growing and scaling small businesses, in the UK and Africa, working in the arts, travel, agriculture, accounting and IT sectors. I am currently setting up seed businesses, including hosting small escorted tours visiting Mongolia.

I had just finished building and installing a boutique art hotel, where a top European artist designed every room. I was very tired and wanted to try somewhere new and exciting, but away from the first world and their egos. Georgia appeared in most top ten lists online, so I booked a flight and did not look back.

Full of friendly people, who wanted to get to know you, rather than judge you.

There was a very large choice and variety of accommodation. But I luckily found a newly renovated house with terrace and garden, with everything within walking distance. Not having all the hassle of driving, parking and maintaining a car, like I did in Africa and the UK is so refreshing. 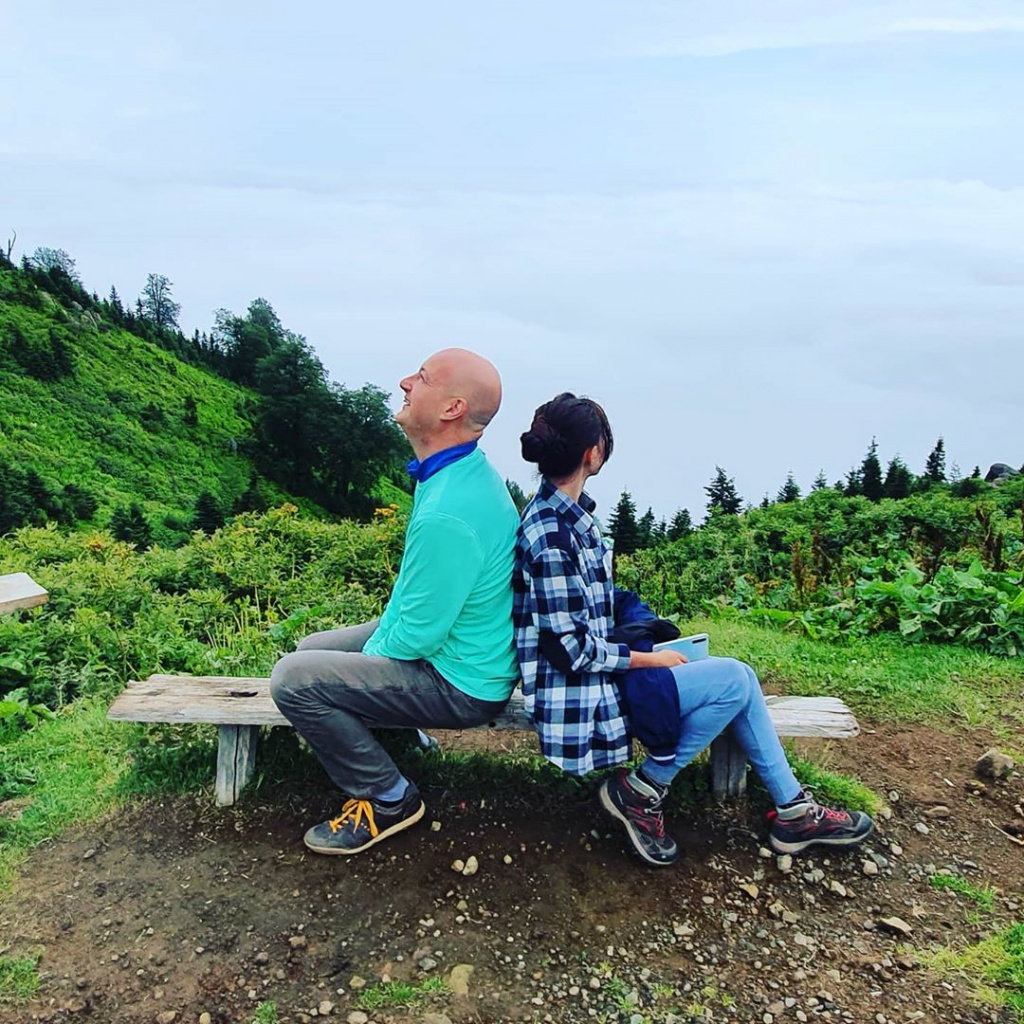 The huge diversity of international cultures, living a nomadic life here. It was great to meet so many Russians, Persian, Belarusian, Georgian, Chinese, Korean, Canadian, Polish, Syrian people. They have set up so many small businesses here in Georgia, which are so inspiring.

No Georgians are far more stylish, considerate, friendly, and like to enjoy life to the full. Georgia is far safer than first world countries, from theft or mugging, such as USA, South America, France and Africa. They reacted far quicker when it came to COVID-19. Although the standard of health professionals is somewhat lacking, although still higher than many other countries. Transport accidents are rife though, because of low driving standards.

I like the way my property owner does not just collect the rent; we catch up in a restaurant instead and I was lucky enough to be invited to her golden birthday party. 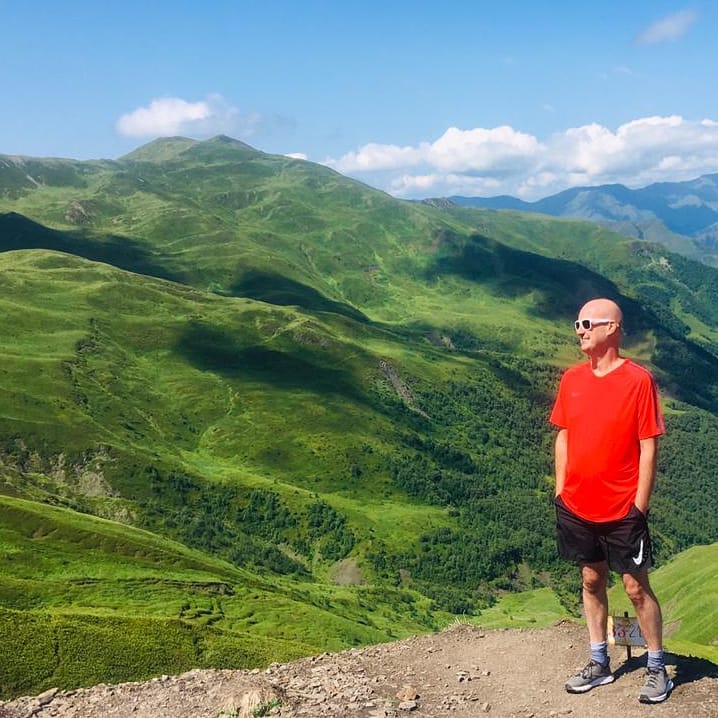 The openness of entry into Georgia. 97 countries can come for a year visa-free on arrival. Georgian immigration officials even give you a free bottle of red wine. The cost of living is very low, which means that everyone is very sociable and happy to meet for dinner seven nights per week. Consequently, the community here is hugely diverse and can learn off each other. Interestingly, even though the Georgian wine/beer is cheap and plentiful there is much less drunkards than in other major European cities.

I love the light here. Many clear sunny days make for great weekends away camping and my passion, drone videography. The mountains are spectacular, both for hiking in the summer and for skiing in the winter. I hosted the best birthday party for years. 25 of us took a picnic to an historic monument, with stunning panoramic views. We had the whole place to ourselves and eventually climbed down from the viewpoint, late into the night.