German entrepreneurs on why they open a business in Kazakhstan

German entrepreneurs on why they open a business in Kazakhstan 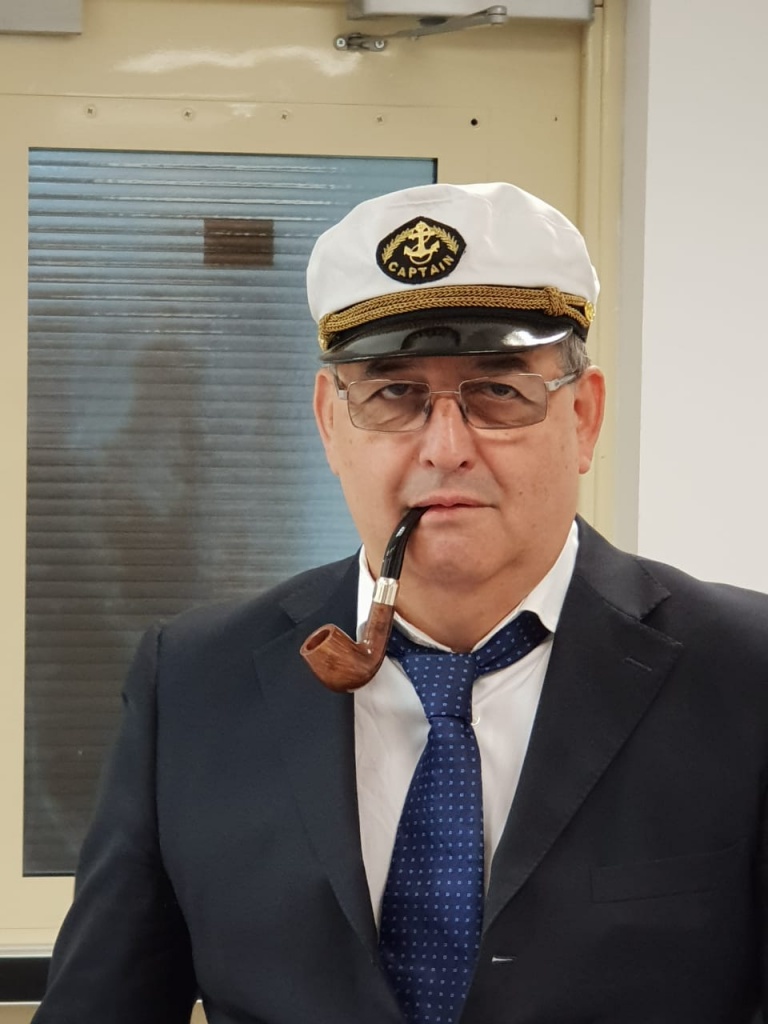 The company «Karl Storz Endoscopy Kazakhstan» is a subsidiary of the main company, located in Germany and was founded in 1945. Now the company is a leader in the production of endoscopes for medicine and technology. Our factories produce about 16,000 medical items, and the products are available in all surgical clinics worldwide. The company appeared in 2008 in Kazakhstan, Almaty. Later, a representative office was opened in Astana.

About business in Kazakhstan

The advantage of doing business in Kazakhstan is that at the state level was decided to buy equipment of the highest quality. Before the opening of the company, we often held various master classes, training symposiums and supported congresses. Therefore, the market became saturated and was necessary to carry out services. For the service, we had to open own representative office. The whole market was moved to Kazakhstan because there was an urgent need for consumables and services.

The market of Germany and Kazakhstan can't be compared because States arrangement is different. I think it is easier in Kazakhstan because at that time the market was not saturated with high-tech medical equipment. While in Germany the market already was stable.

In Germany, the economy remains at the same level, but in Kazakhstan, it is developing. Therefore, every year there is a need for new technologies, including the field of medicine. In Kazakhstan, we are in demand more than anywhere else.

Our products are updated almost quarterly, technology is rapidly developing. If earlier visualization of the human body was only analogue, now it can be seen in 4K format. We have already passed the High Definition stage and implemented endoscopic 3D-visualization in many clinics. There is always a need for these technologies, and we will improve ours. 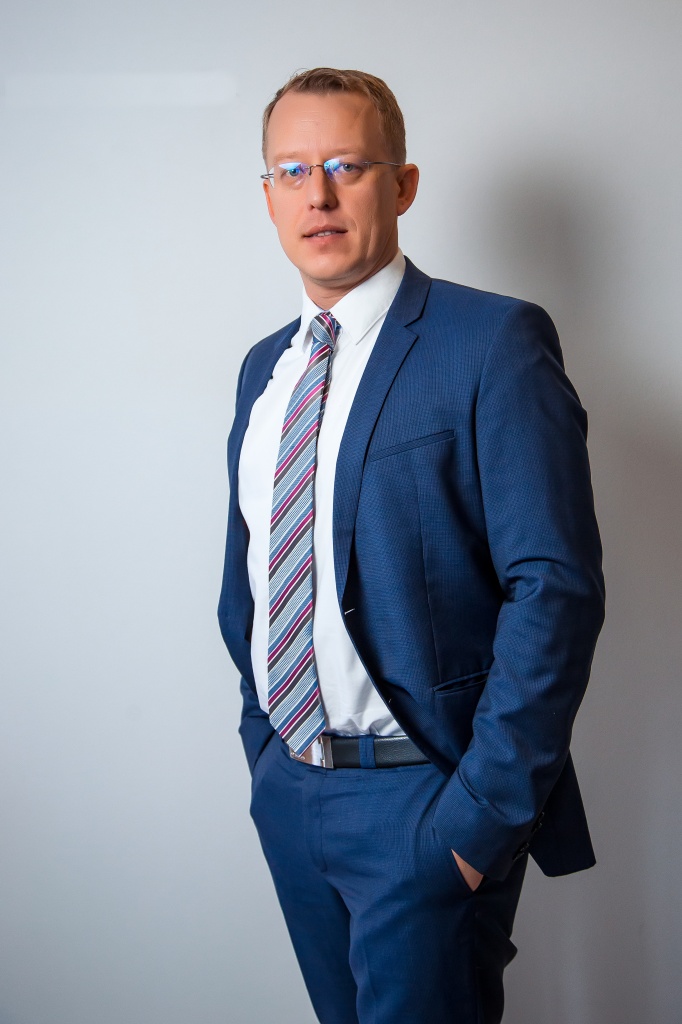 Our company was founded in 1977 in Nuremberg by Dr Byrd Rüdel. Since 1989, the company has begun to expand and open branches throughout Europe.

In Kazakhstan, we opened in 2009 and this year we will have the tenth anniversary. We provide audit, accounting and legal services. At the moment, the company's representation in Kazakhstan only in Almaty. There are no branches in other cities yet.

We opened a branch of the company in Kazakhstan because it's the main point of support in the Central Asian region. In general, it is easy to open a business in Kazakhstan, and you just need to register. The advantage of doing business here is small taxation. And the registration process is fast.

Difficulties may arise in administration and cooperation with tax authorities

Difficulties may arise in administration and cooperation with tax authorities. Still, sometimes it is difficult to explain to employees what we want from them.

There are differences in doing business in Kazakhstan and Germany. The legislation changes quite often in Kazakhstan due to the fact that it's still a young state. You need to constantly be aware of changes, follow the news.

We plan to increase the staff for 20% and increase the company's turnover and expand in the Central Asian region.

Kazakhstan became a start point for us in 2009 and in April 2019 we opened an office in Uzbekistan, in Tashkent. Further, we aim to expand the company's presence in the region, most likely, Kyrgyzstan will be the next point. 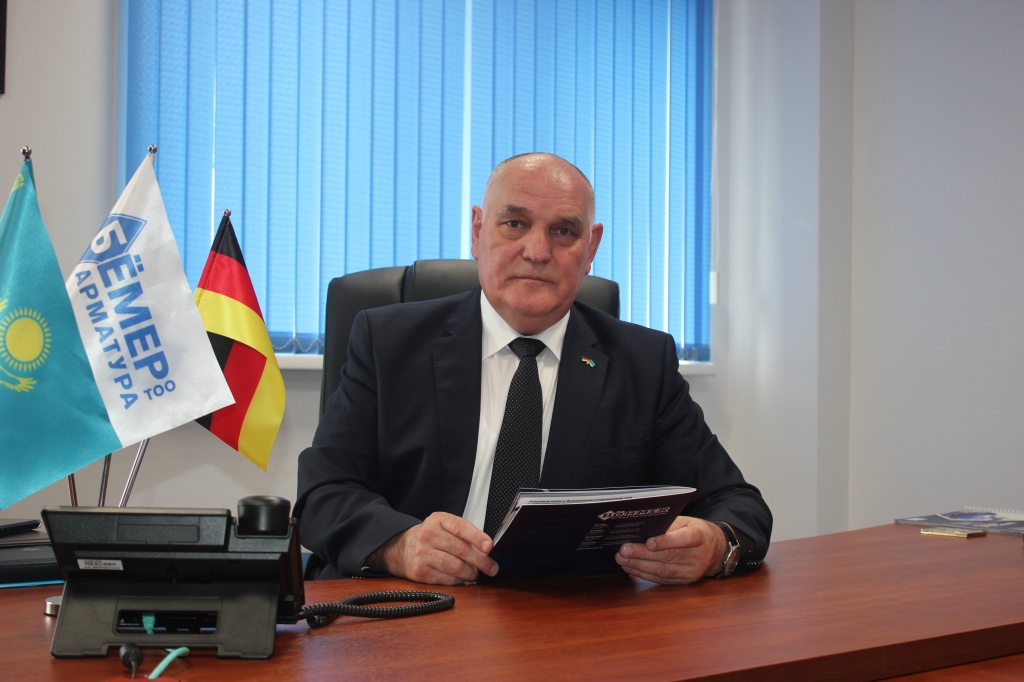 Our company is a factory of ball valves and fittings production. We are located in Karaganda, in the free economic zone «Saryarka». The factory was started in 2014, the parent company of our factory located in North Rhine-Westphalia, Bremen city. In Karaganda located our fourth factory, we also work in Hattingen and Guangzhou. The company opened representative offices in six cities of Kazakhstan — Astana, Almaty, Pavlodar, Ekibastuz, Atyrau and Karaganda.

About business in Kazakhstan

The owner of the company considered the option of opening a representative office on the territory of the former Soviet Union in Russia. But I managed to convince him because I have many friends in Kazakhstan and love this country. We went to Kazakhstan and just at that moment, a free economic zone was created. This was one of the factors in the start of construction.

The first advantage of doing business here is that we are in a free economic zone and receive good support in the form of preferences. Second, I grew up in Kazakhstan and am familiar with the mentality of this country, so it was easier for me to work here. In July, it will be five years since we opened in Kazakhstan and during this time we have achieved a lot.

We were the first company that was built and started in the new free economic zone. Before that, there was nothing like this in Karaganda. All processes had to be solved on the move because people haven't yet understood what it means. We came with new technologies, but the market was not ready yet.

The problem is that we need to raise price policy and convince people that a good product isn't cheap. But a lot has changed lately. People already understand that it is better to take high-quality equipment that will last a long time. Gradually, we are changing our relationship with partners.

We are well entrenched in the market and now we have entered the projects of Western Kazakhstan. We have already passed certification and become suppliers for large companies. We work in Russia, but we quite unsatisfied with the amount of work, so a major goal today is to increase supplies to the Russian market. We also want to enter the markets of the near abroad. We plan to go to Mongolia and would like to work with Azerbaijan.

3416
How to become a stuntman in Kazakhstan, USA and Taiwan and act in Hollywood movies