Frenchmen talk about their life in Kazakhstan

Frenchmen talk about their life in Kazakhstan 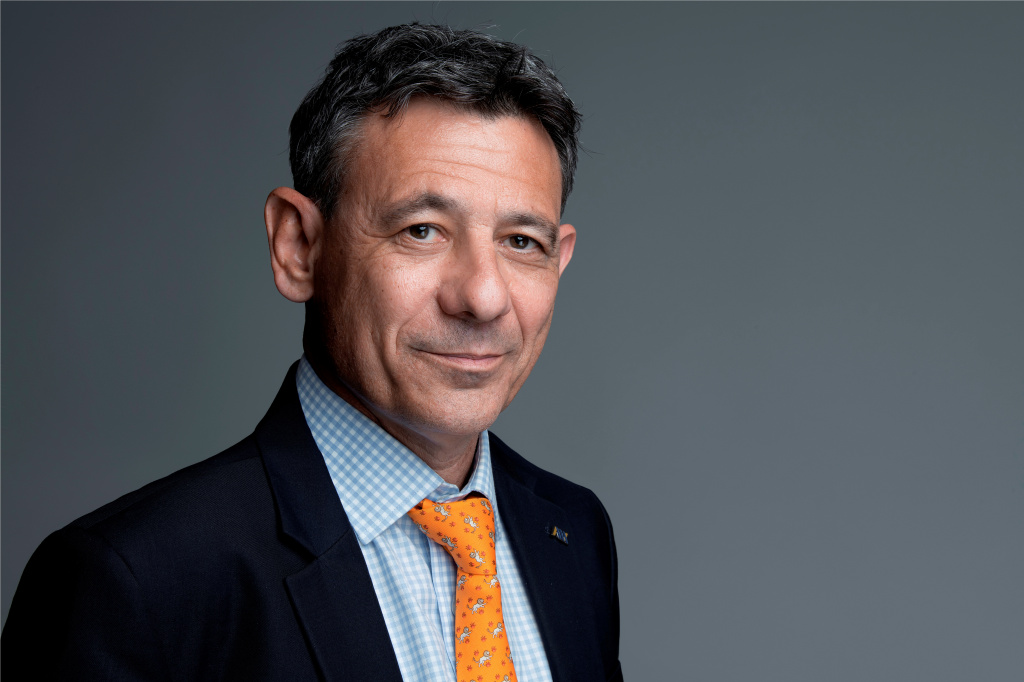 I was born French but I left France 20 years ago. Over these 20 years, I have lived in Australia, Canada, the US, the UK, Qatar and now in Kazakhstan. I work in Operations for one of the companies of the recently established Astana International Financial Centre. I arrived in Nur-Sultan three and a half years ago. I had a good job offer and I have always been attracted to Central Asia so it was a good opportunity both personally and professionally. Also, I thought it was time to move to a new challenge after almost eight years in Qatar.

My first impression was that Nur-Sultan looked like a mini copy and paste of Dubai.

The language barrier obviously since I do not speak any Russian or Kazakh and few people on the street at least back then spoke any English. And I am very lucky that the official language at the AIFC is English but, once outside the office, it was not always easy at first.

Coming from Qatar, clearly the weather and outsidetemperature. 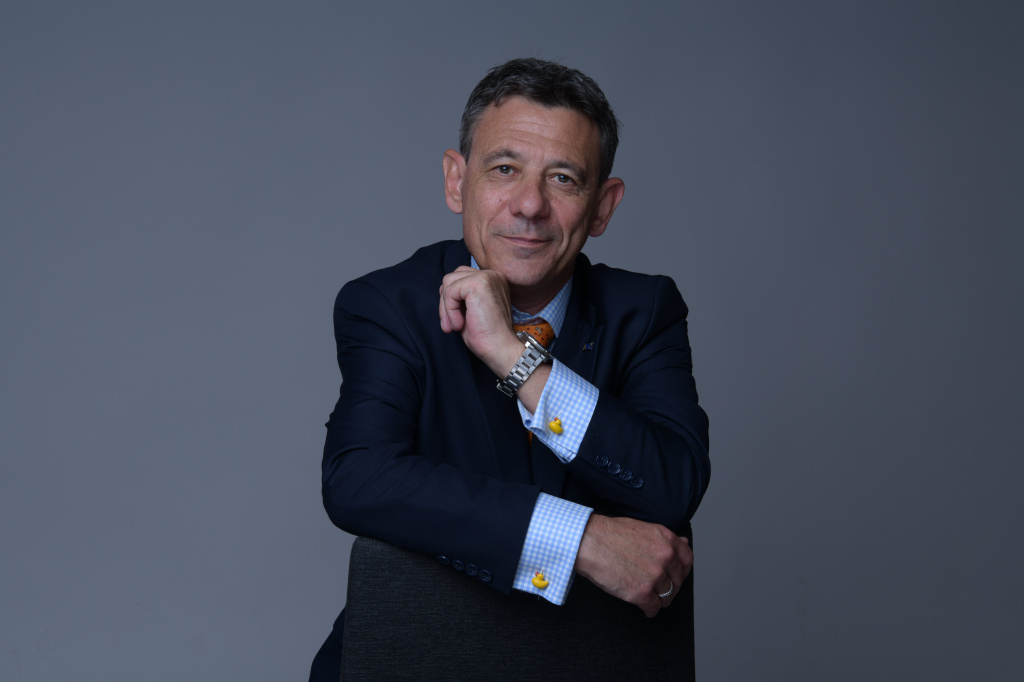 Not too sure what my home country is anymore but, if France, I’d say sharing good moments with friends and families over long meals.

I think that it is hard to generalize speaking of such a huge country with different ethnic backgrounds. People live quite differently in Astana and deep in the countryside. But as a whole, I think that Kazakh people are quite tolerant and open to foreigners and always ready for a good party.

Kazakhstan is a very safe place to live which is not always the case in Western countries. As for Nur-Sultan, it offers a great blend of local Kazakh people, Western expats, CIS and Russian expats. 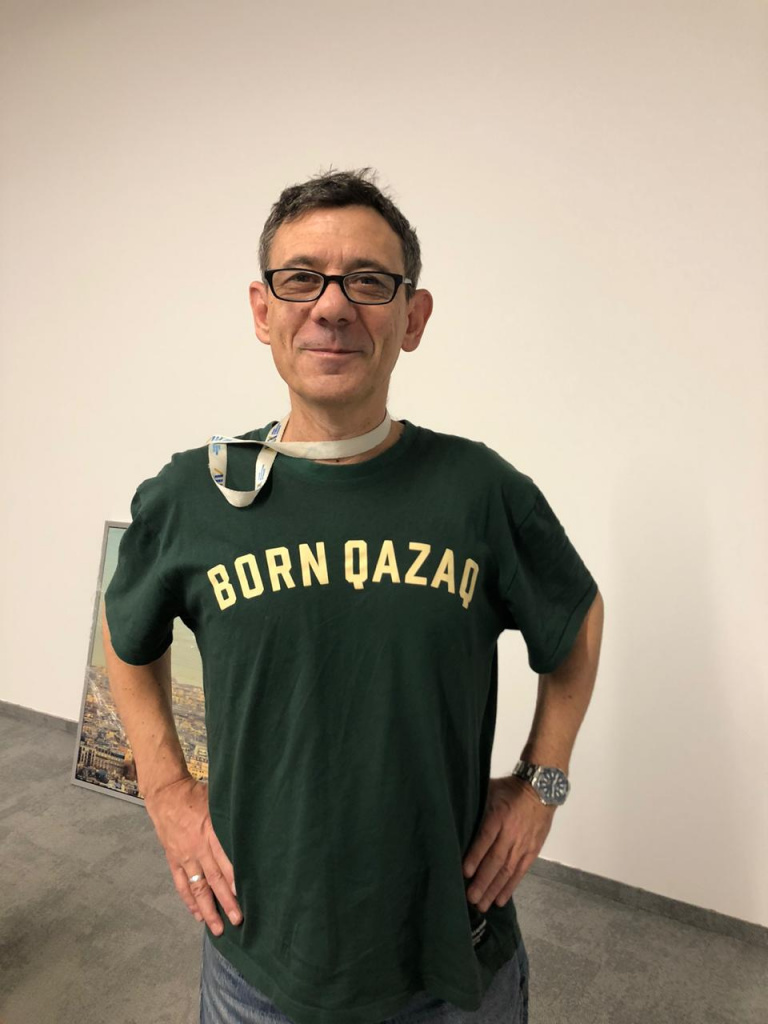 So many, I could spend the day on that. From getting lost in the middle of nowhere searching for the Red Mountains near the Chinese border outside Almaty to drinking kumis in a crowded shared taxi between Bishkek and Almaty to swimming at night in Zerenda and Balkhash lakes, getting eaten by ticks in Borovoe and tested negative for encephalitis, walking across the Pink Lake very early in a summer morning, trying to haggle for goods at Artyum Bazaar and on and on and on. 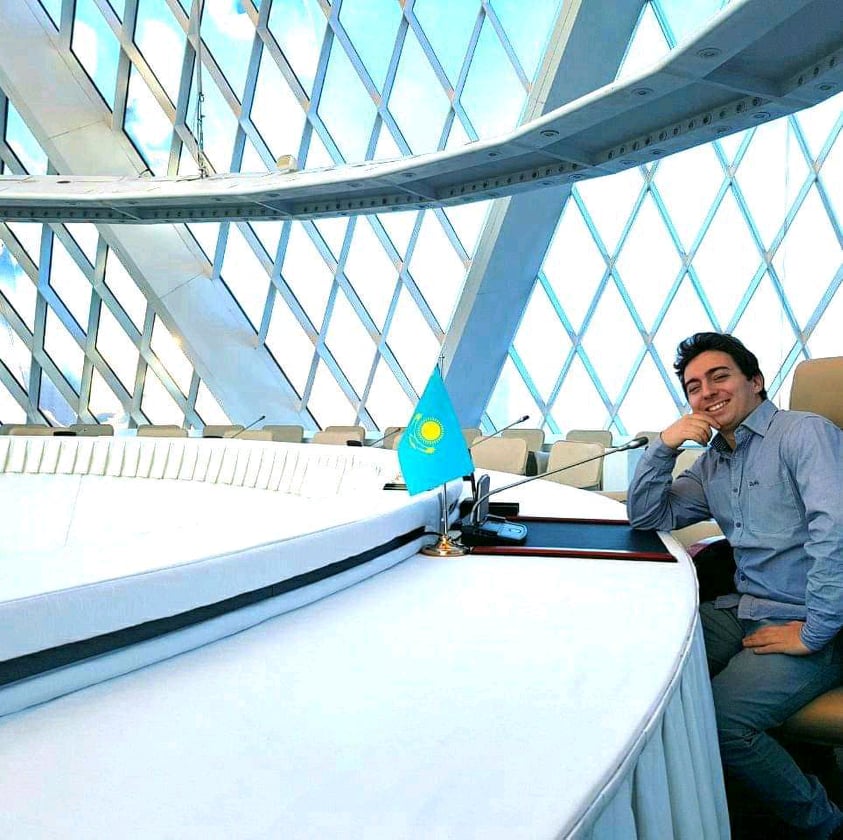 I am French and I am a teacher and entrepreneur in the capital. Everything began when I was a teenager and I saw a documentary about Central Asia on TV. I was most intrigued by these less known countries and decided to make some research. I discovered that Kazakhstan is a fascinating country in terms of culture, history and has a promising future in my opinion. Since then I have become a specialist of Kazakhstan and created a blog about it many years ago. Three years ago I finally decided to move to Kazakhstan full of dreams and hopes.

My goal was always to visit Astana and I did it during EXPO. I was impressed by the scale of the city, its unconventional architecture and vast space. I instantly fell in love with the city. I believe it can become a major city of the world in the future. It is fascinating to see the city changing before my eyes.

As a lot of people the harsh winter but the snow covering all the city makes it magical. 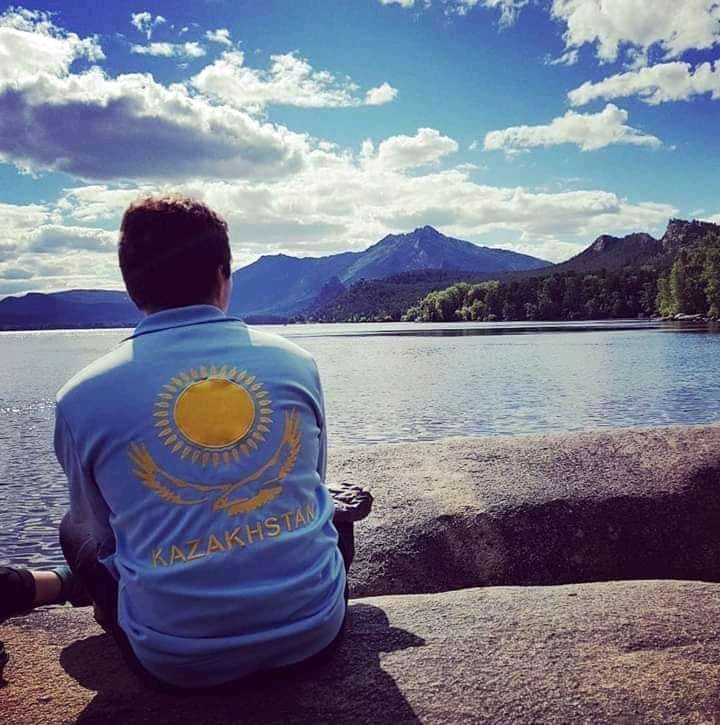 Also I decided to come to Kazakhstan the "American dream" way: with a few luggage, no big plan, in search for opportunities to make a living in this country. At some point I found myself lucky to be recruited as a teacher and later to be able to open my own company.

In my country everything is old and has history: buildings, monuments, streets, cafes. Here in Nur-Sultan, this new city feels like a blank page with everything yet to be written on. I love the modern architecture and I often captured its beauty on my Instagram account

We love riding horses in my country and there was a time when people regularly ate horse meat.

Also it is easy for Kazakh people to speak French without accent because we share this same sounds: ө, ә, і, ң, ғ.

I love the way of life of the Kazakh people, how they celebrate and welcome guests. But there is one thing which is very amusing for me in a good way: it is very usual to hear 90's music and songs in taxi as well as old French songs. It feels like you are traveling back in time. 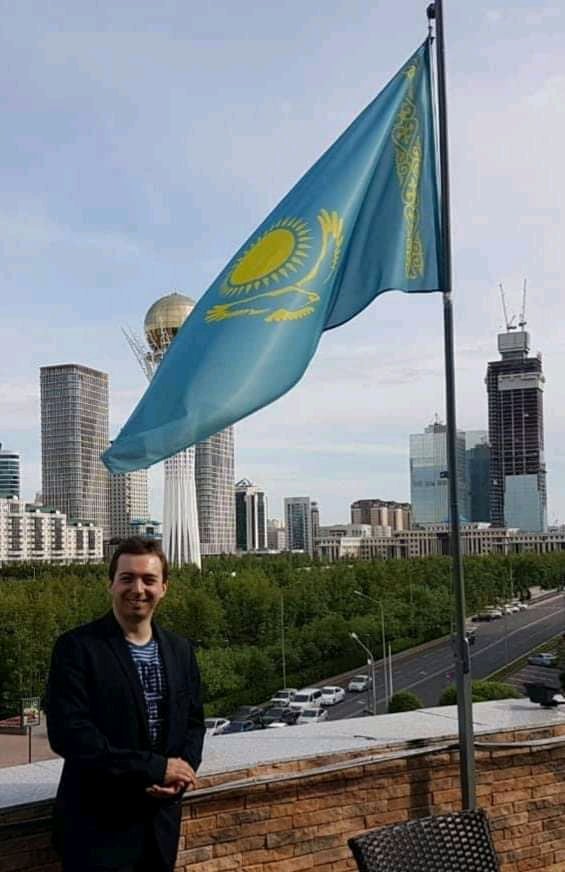 Both French and Kazakh share a love for cheese products but the Kazakhs invented Qurt which is one of the most delicious cheese I have ever tasted.

A lot of things happened to me during my time in Kazakhstan but I will always remember time when I flew from Astana to Almaty and then after a few days I flew from Almaty to Nur-Sultan. 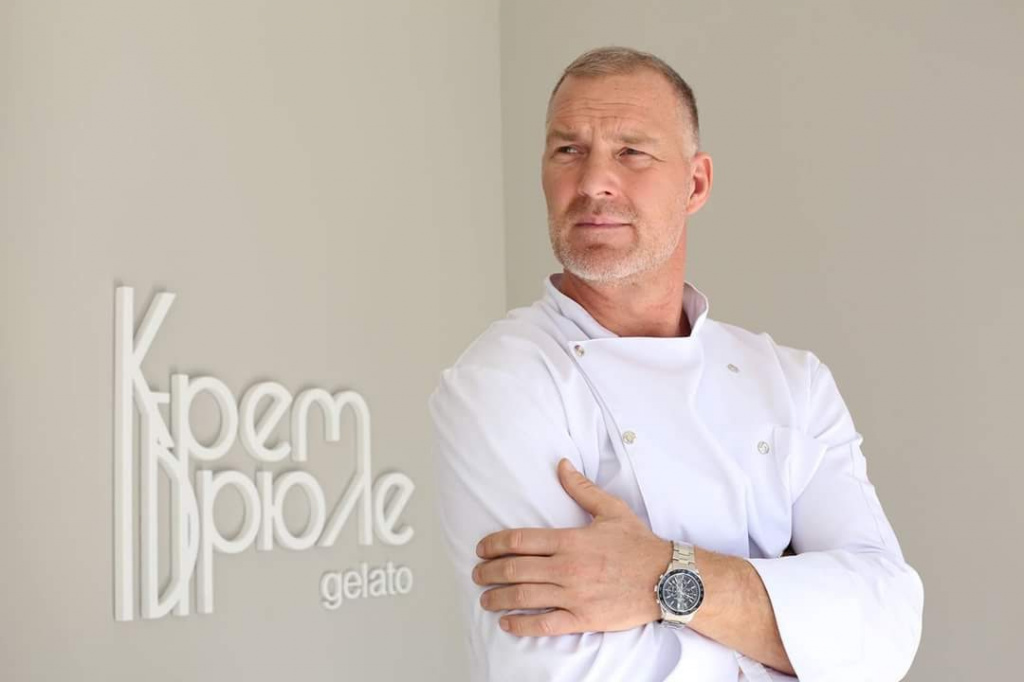 I am from North of France, it is area between Belgium and France. I am french. I am pastry chef. And I am in charge of cafe. I have been in Kazakhstan for 12 years. I came almost by accident, I just saw a job offer and applied to open a bakery in Almaty. I did not know anything about the country and the city. Before Almaty I used to change life every year, and since I am in Almaty I stuck here.

My first impression was two kinds. I really enjoy the city, especially the mountains and the weather. And for work there was a little bit of contrast. There are also were police everywhere stopping me. 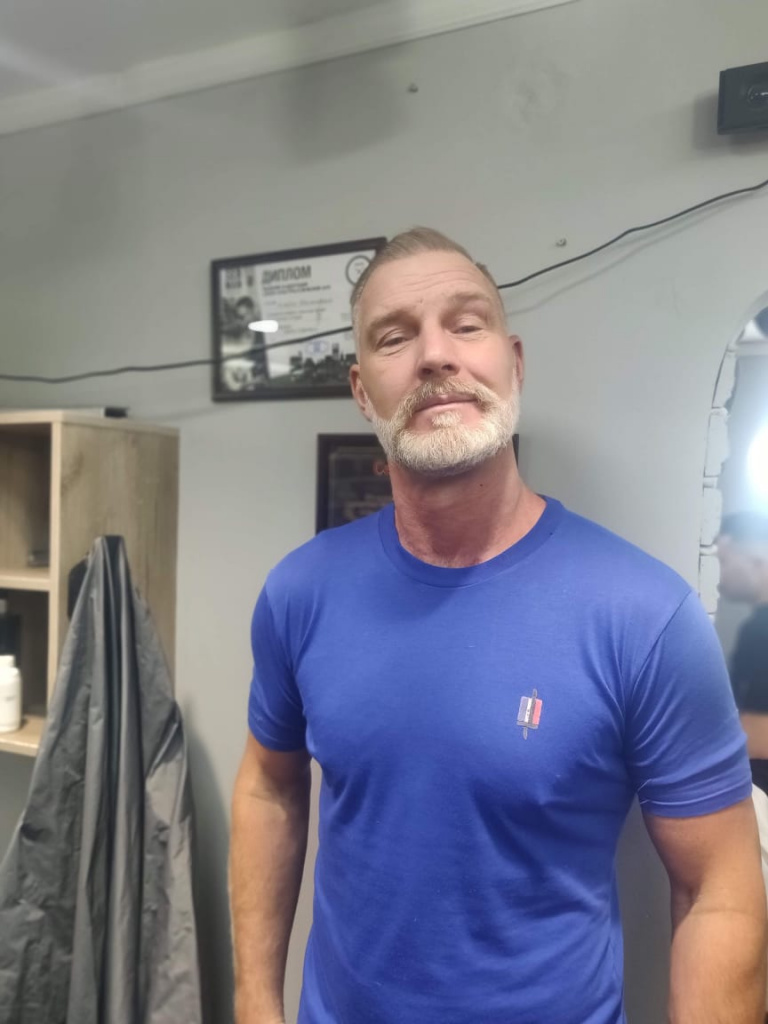 The language. I am not about to speak any word in Russian. Also it was difficult to adapt to work. Overall it was OK, because I used to change countries. I am a kind of easy to adapt myself to any kind of situation.

There are friendly and welcoming people. They keep on as much a possible their tradition. For example I see young generation learning and playing the traditional music instruments. I enjoy the Kazakh hospitality, but I can say that I do not see much similarities with my own country.

I appreciate in Kazakhstan the safety. Comparing to France to me is safer to live here. I enjoy the climate, I like all seasons here. I like the mountains, I enjoy my life here very much.

2702
Foreigners share their impressions and thoughts about life in Uzbekistan

1847
3 interesting impressions and stories of foreigners about Kazakhstan