Five famous bazaars of Tashkent: Oriental flavor and medieval past

Five famous bazaars of Tashkent: Oriental flavor and medieval past 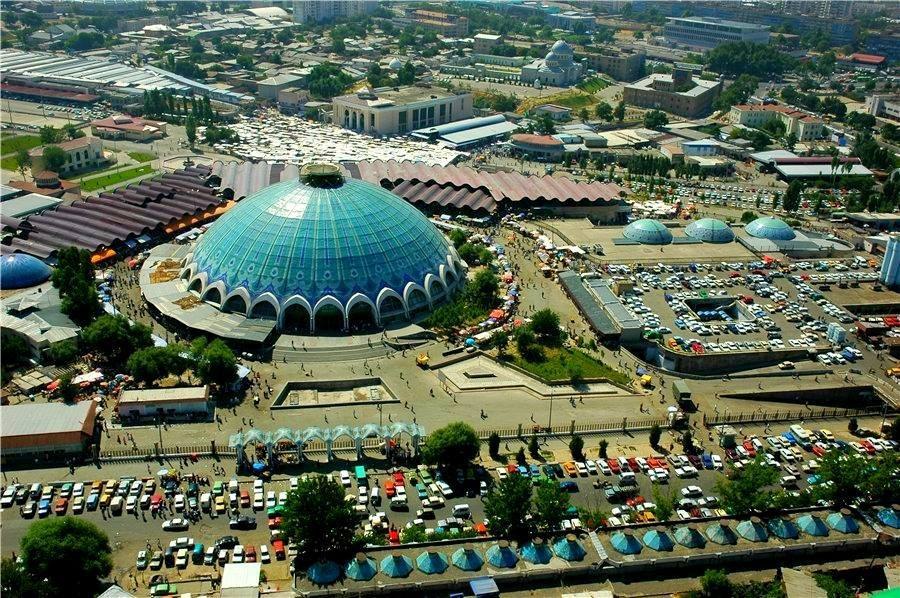 The second name of the bazaar is Eski Juva, it has been known since the middle ages. It is said that already back then on the territory of the market were caravanserais, recreation areas, baths, and shopping malls. Later, the market was renamed Oktyabrsky.

Only here sold delicious state samsa for 20 cents at special counters. Here sold marble watermelons and melons. Next to the bazaar was opened a department store Detsky Mir and shopping malls. Here you could find Chinese goods, which in those years filled the Uzbek market. The place was called Tashkent Shanghai. Now nearby are the Jami Mosque, Khoja Ahrar Madrasah, and Kukeldash Madrasah. 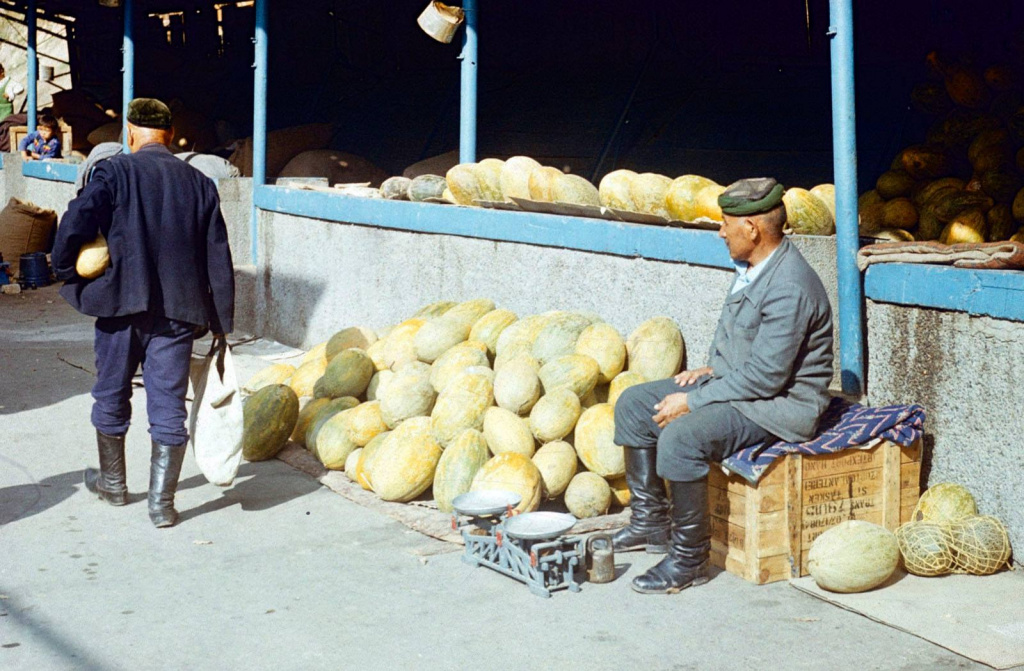 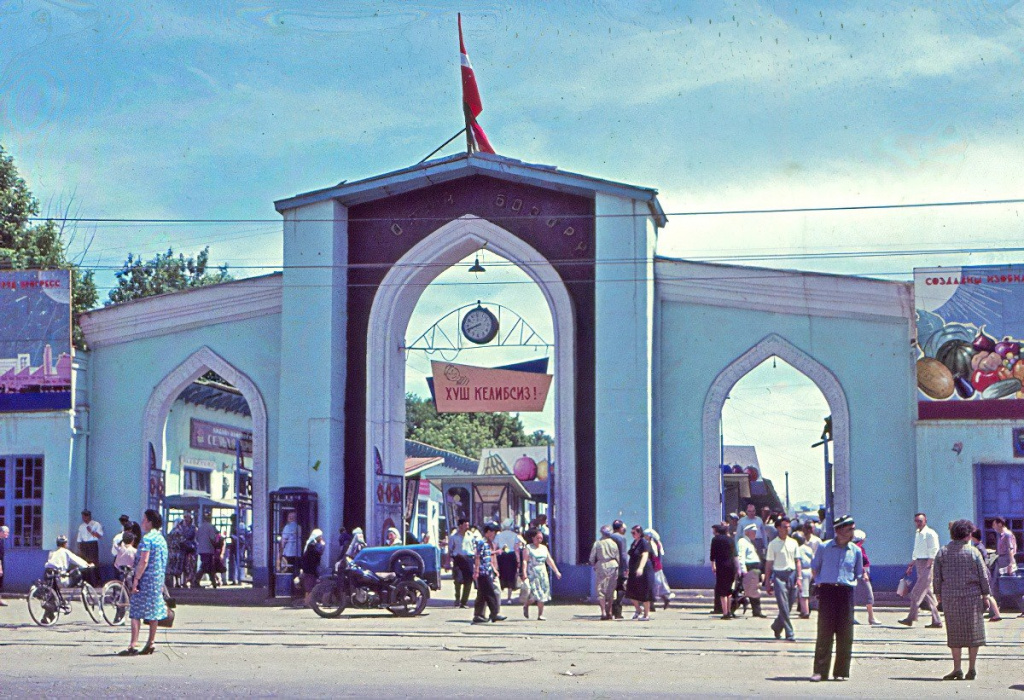 The oldest market in Tashkent. There is a version that the Alay Bazaar appeared in the 12-13 centuries on the main trade route. The name of the bazaar translates as “soldier” because it flourished at a time when many Russian settlers lived in Tashkent.

It was the largest Soviet-collective farm shopping center in Tashkent on Engels Street. Since then, it has become a traditional venue for autumn fairs.

The bazaar was always full of greens and vegetables. Now popular is the sale of fruits and berries: strawberries, cherries in April and May, in early June, cherries and apricots, raspberries, and plums of Bukhara. Peaches, grapes and melons, watermelons in late summer. 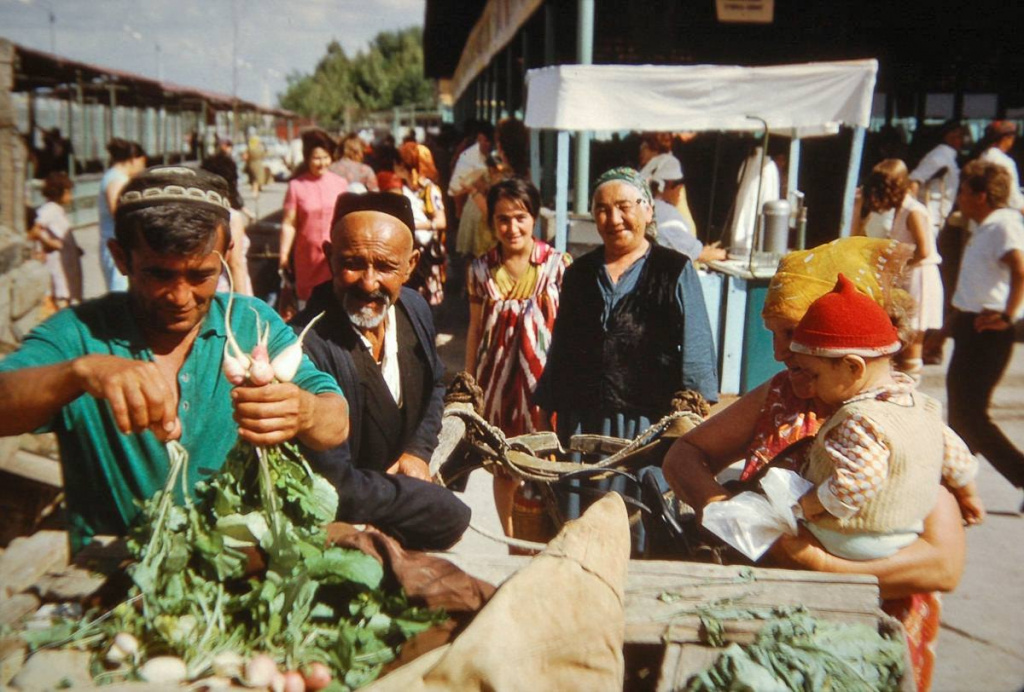 What to buy: the place is famous for fruits, vegetables, and Oriental sweets: kishmish, navat. You can buy dairy products, smoked meats, jewelry, gold and silver, kitchen utensils, and phones. There are national souvenirs, wicker baskets, and spices. 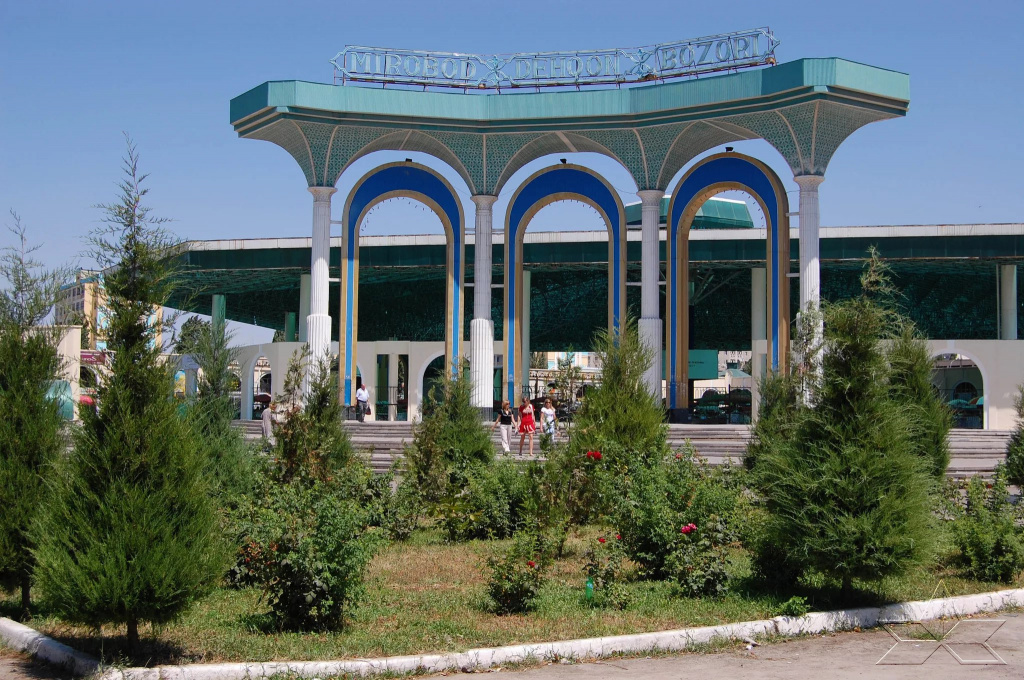 This legendary place is the Tashkent phenomenon. The history of the bazaar began with the summer house of a Russian merchant, in whose honor they opened Tezikovka — an Eastern flea market. Over time, the market moved but kept its name.

Now the bazaar visited not only by residents of Tashkent but also by citizens from all over the city. On the market, after careful search, you can find almost everything — from an old part to a sewing machine Zinger to the latest electronic device to a modern computer. 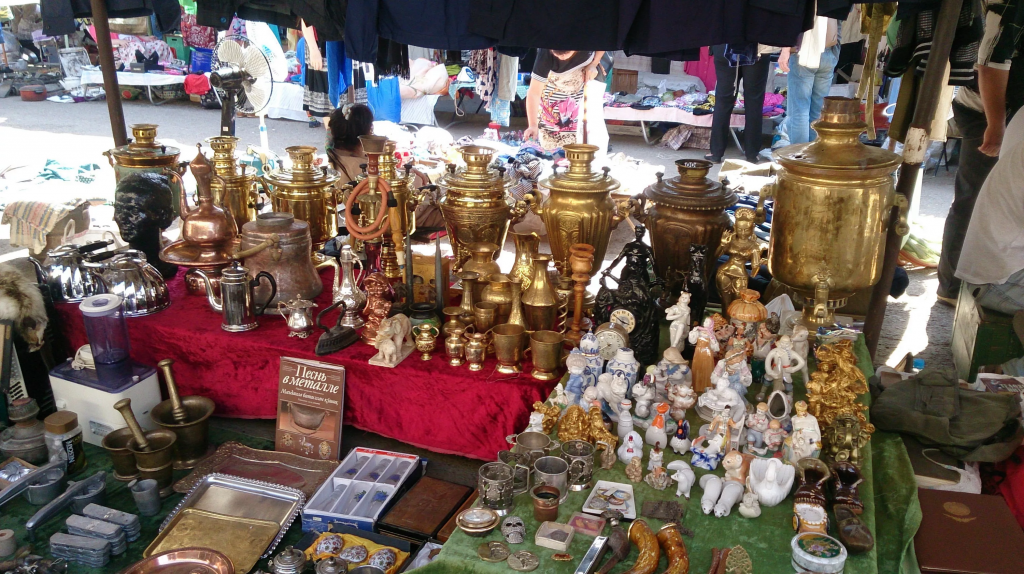 What to buy: there are rows of antique furniture, fittings, dishes, fabrics. You can buy clothes, fish, and animals. 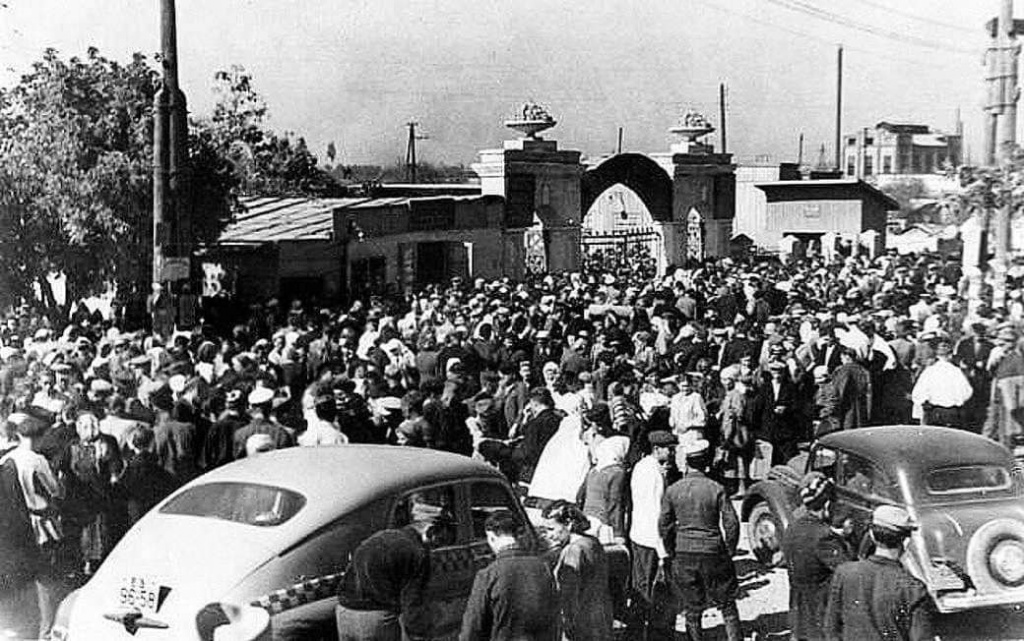 Previously, the market was called Hospitalny. This is since in the 19th century there was a military medical center. A little later, residents opened a trade here. Travelers of the Turkestan military district were offered Oriental dishes and fruits.

After the renovation in the indoor market, there was one change in the structure of the roof frame — a net was stretched to prevent birds from sitting on the roof. This is noted by all native residents of Tashkent. 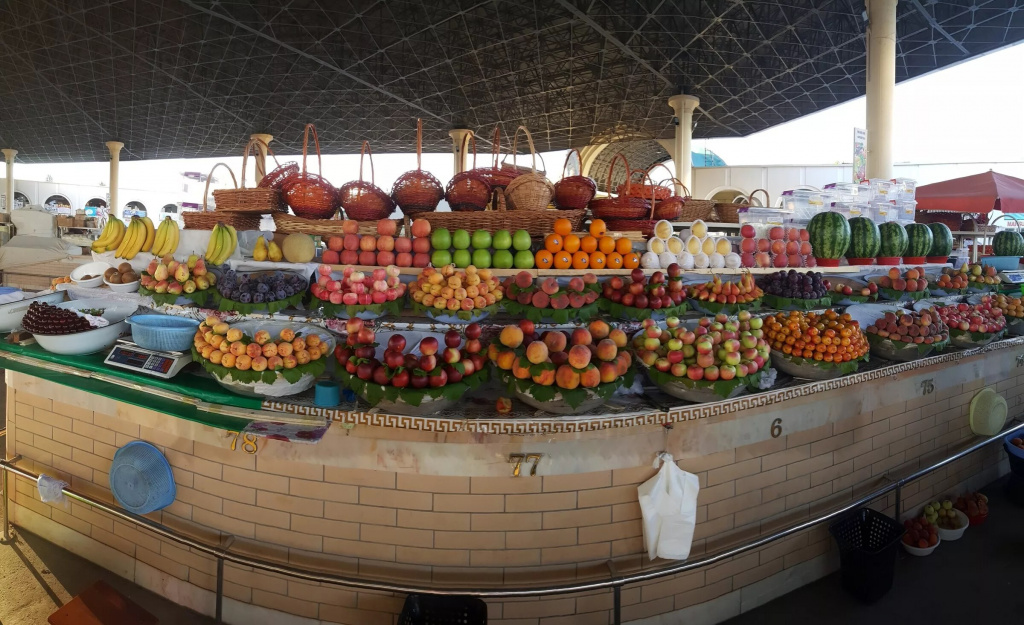 What to buy: dairy products, meat, honey, tortillas, vegetables, and berries. They also find children's clothing, school supplies, dried fruits, and nuts. Prices slightly inflated, and it is worth haggling. 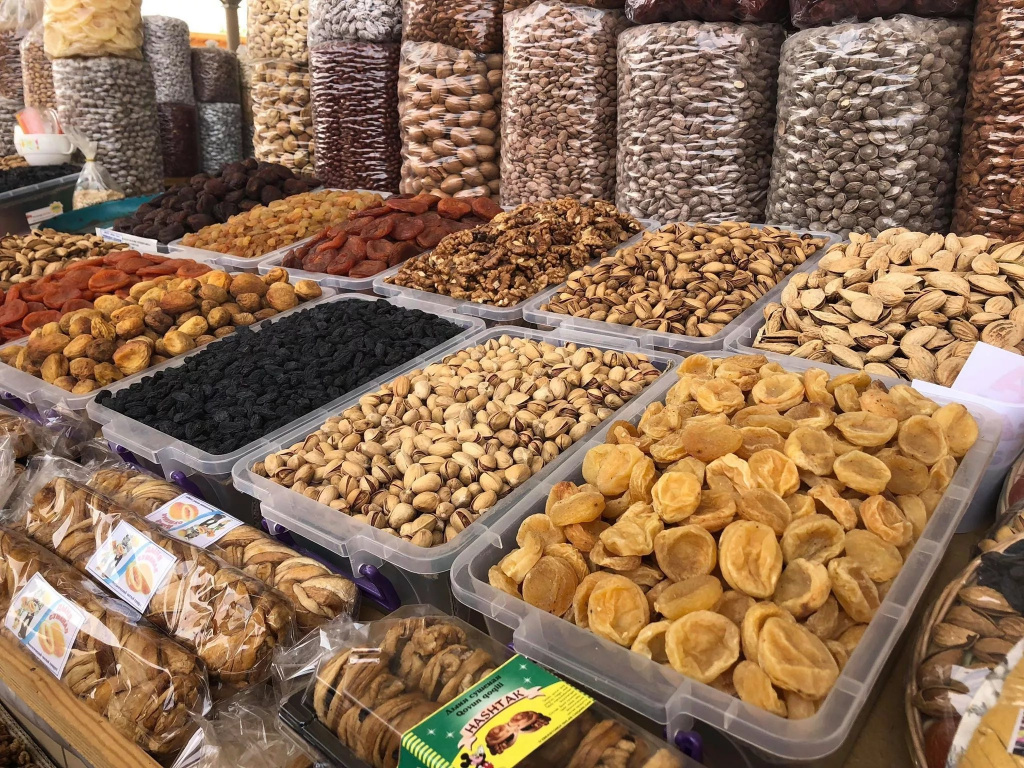 The Bazaar opened in 1971 and is now considered the cheapest food market in the capital. Farhad Bazaar located near the intersection of Lutfi and Farhad streets. The market was repaired 12 years ago, paving stones were laid and a fountain was erected.


We thank Fotima Abduraxmanova — founder of the group Walking in Tashkent and Andrey Krasilnikov — administrator of the group We are from Tashkent for the help in creating the article.

Read this article
Best parks in the capital of Tajikistan

703
Where to go: favorite places of foreigners in the capital

657
10 unique and popular bars in Almaty