Expats talk about new beginnings, people and weather in Kazakhstan

Expats talk about new beginnings, people and weather in Kazakhstan 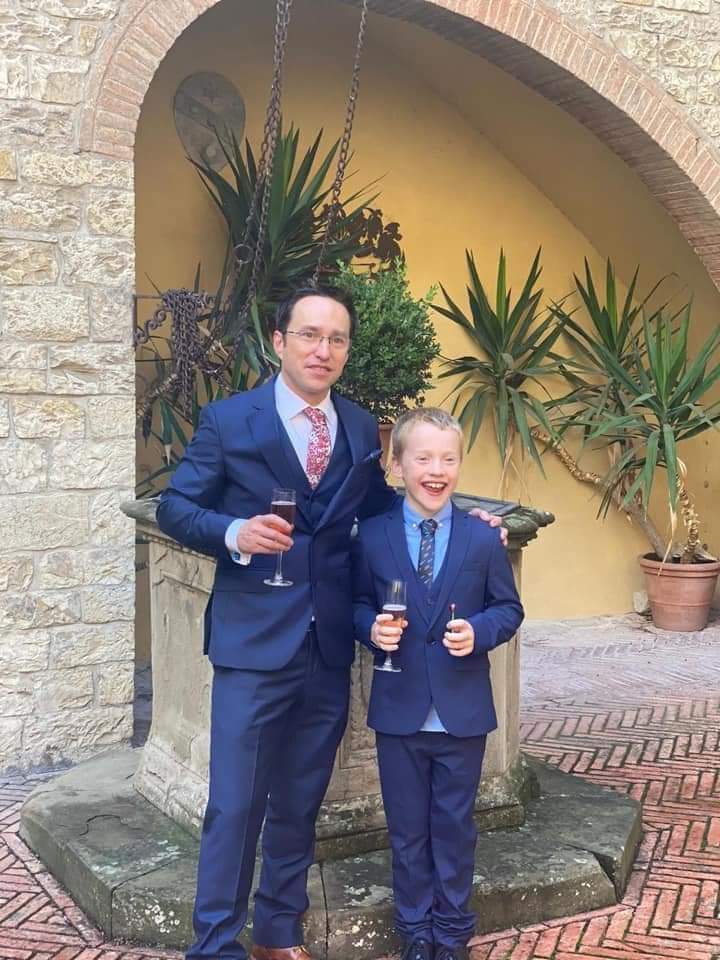 I am from a small town in the North East of England called Withernsea, it is at the end of the road to the coast. The kind of place you do not accidentally arrive at. I moved away as soon as I could to Portsmouth to study mechanical engineering. I am now a mechanical and project engineer. I moved to Kazakhstan in January of 2013 to work on the FGP project with TCO for eight years. The choice was primarily a work one, however I have always wanted to see new places and experience the cultures, so I was excited to take the step. Not many people know or understand how big and diverse it is here and I wanted to see first hand. The Atyrau region attracts many people for work so it is a place where you can meet people from all over this huge nation. I love it.

Very very cold. I landed at 10 pm on a January night. I had never felt cold like that before. Past the initial shock, you are struck by how friendly and welcoming most people are, and curious to what your background is and where you come from.

Very few, I found the shops to be full of food and vegetables, maybe not the same as home, but there are great local and more international restaurants. Shashlik is great. I made friends quickly. Obviously the language is a barrier. I tried hard with Russian and cannot say that I am a good linguist.

The lack of green space. The steppe is hugely different to the British country side and the open views are amazing, I really appreciate them now. But at the time they actually took a little getting used to. A feeling of exposure I guess. The city of Atyrau where I have lived is spread out wide again giving the open feeling. Its just not something we are really used to in the UK. 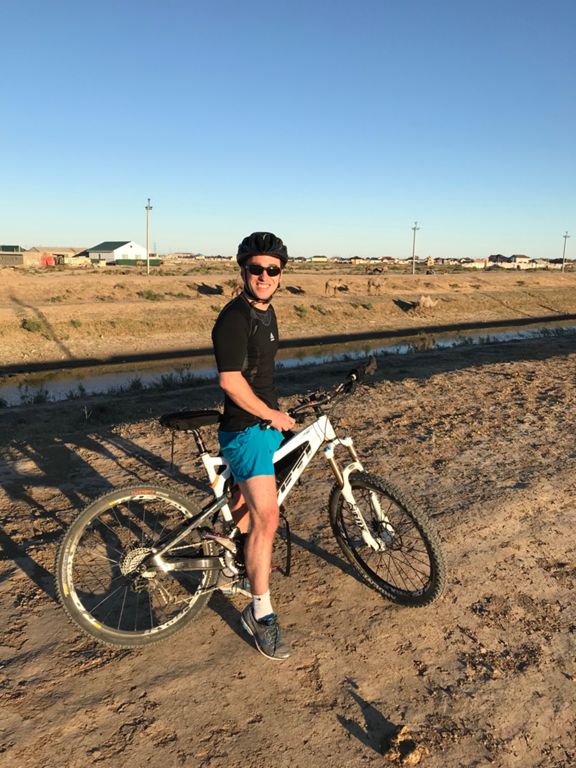 Certainly tea drinking and the importance of a family meal. The preparations are slightly different but roast meat and cooked vegetables are great in any country. The warmth in daily greetings with a handshake and smile have always made me feel welcome. I have run a football team here for years, it is always been a mix of people and the focus has been on having fun. Sport brings us together beyond language and work, and has been a great way of meeting more people from outside the workplace, so an opportunity to mix more widely.

The importance of family is very important and reflects the values from my family growing up. The respect for the culture is fantastic and I always like to see the traditional dress and yurts around Nauryz. A respect for culture and history is really important.

The weddings here are huge and very different. The traditional British wedding usually has less than 100 people, I have been to weddings here with 400. The games played are new and just not something we do. I think it makes the whole event much more interesting and brings people together in a fun way we just do not see in the UK. Toasts are a universal thing, it took me a little practice to manage so many vodka toasts though. The work here is finite, the friendships I've made here will last a lifetime. 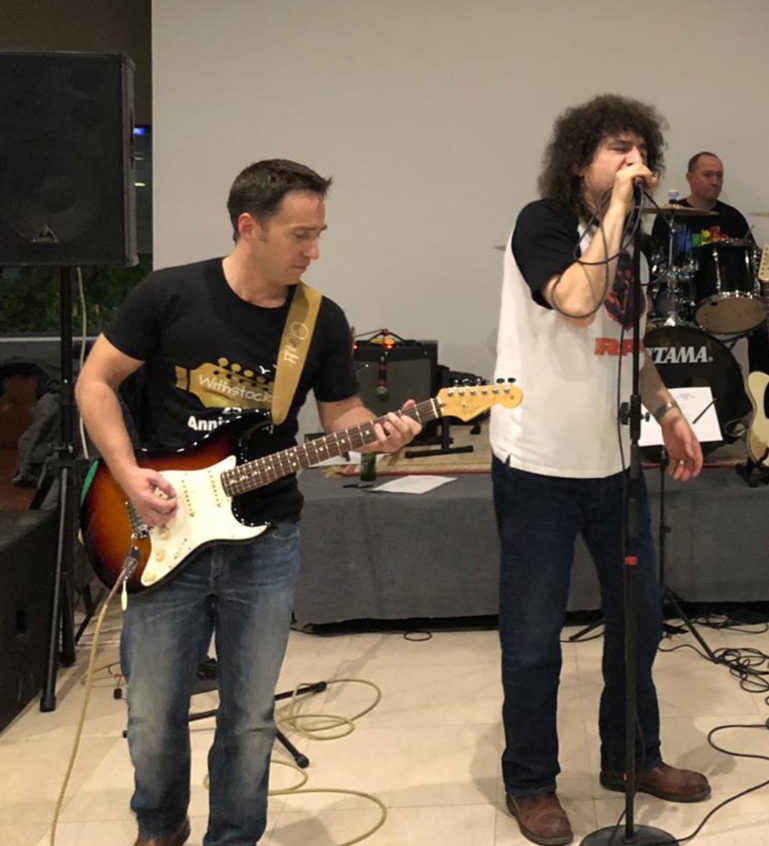 I was brought up in a musical family so play drums and guitar, I have had the pleasure of playing in a number of bands here in Atyrau on both instruments. I have played in some great bands, with a mixture of expat and locals doing some fairly large performances, and a few smaller ones for charity, all for the fun or to help out in some way. There are some really talented musicians here and taking part with them really has been a pleasure. I have been regularly nominated to perform for the annual ladies day celebrations, where I've done various performances over the years. Standing in front of probably 200 fantastically dressed and attractive ladies in the office, playing guitar and singing was great fun and must be how real rock stars feel, and something I will always remember. It was always an honor to perform but kindness shown for doing it was always overwhelming and something I will remember. The sense of fun in the event is something the UK could really learn from. 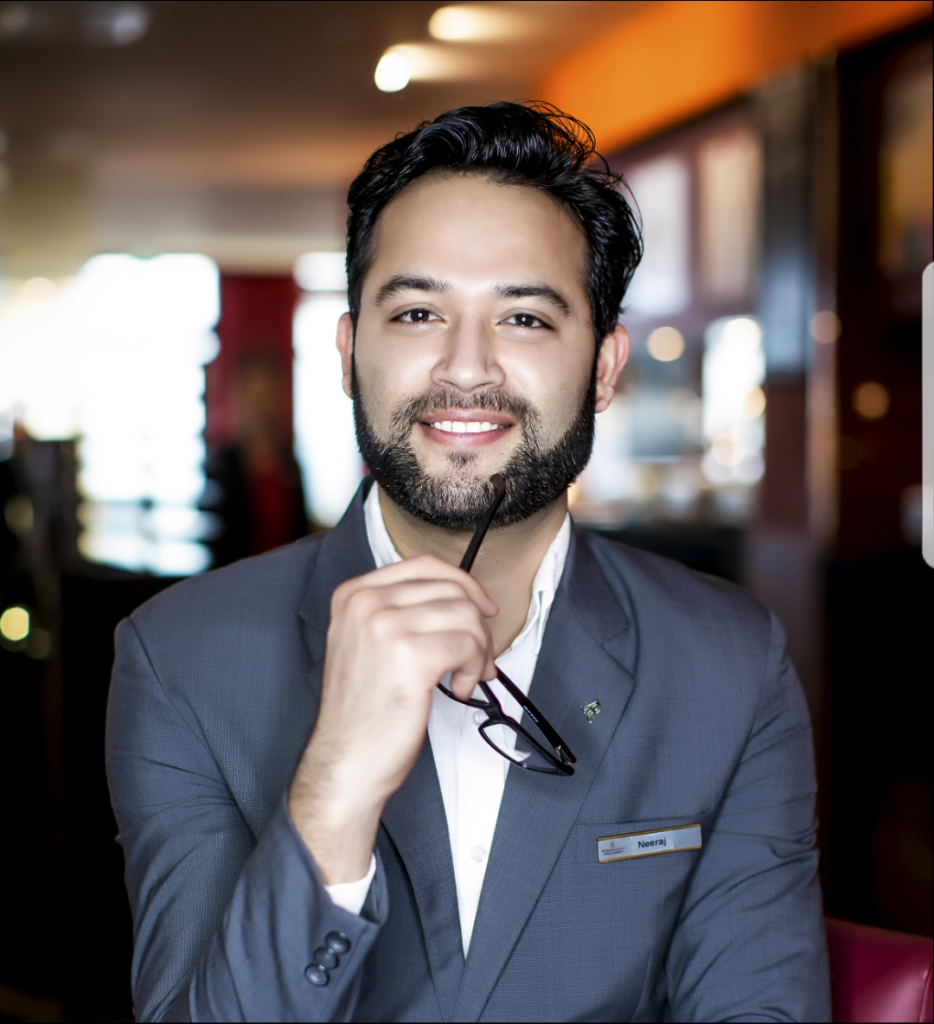 First time I saw snow here and cold up to -40 degree. It is very cold weather for me. Also new language is a barrier. 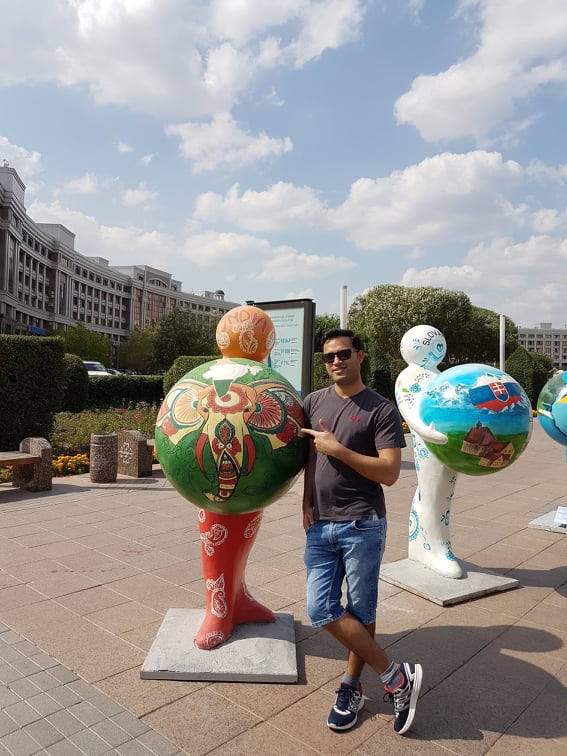 They are patriotic. They are easy going people not much demanding. People here have simple and beautiful lifestyle. They are very good in hospitality and friendly. I found here people are caring and they always took good care of me even when I was sick. They were always near me like my family.

After living almost 10 years I feel Kazakhstan is my second home so it is hard to make comparison between my home country and second home country. Every country is beautiful and have its own unique culture, traditions and rituals, which I personally can not compare as they are beautiful and serene. 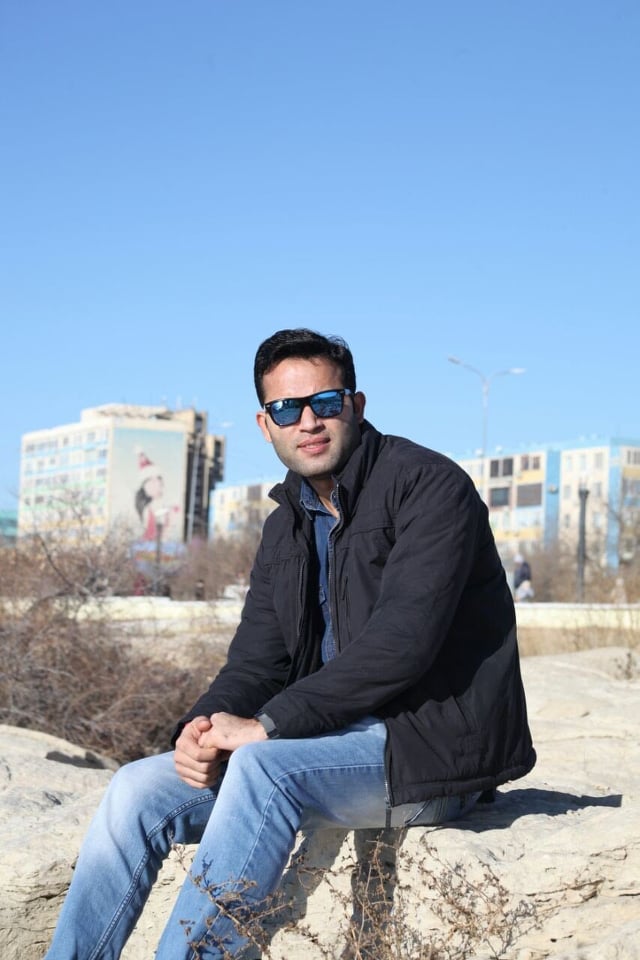 Funny incident happen with me that “eating” means “kushat” and “smoking” means “kurit” in Russian. So when I was asking for food they used to take me for smoking because initially I found pronunciation is same and I used to say them “kurit”. Same with fruits name “yabloko” means “apple” and “orange” means “apelsin”. When I was working in pub people were asking for orange and I used to give them apple juice. Apart from that I met with popular celebrities of Kazakhstan and VIP's. 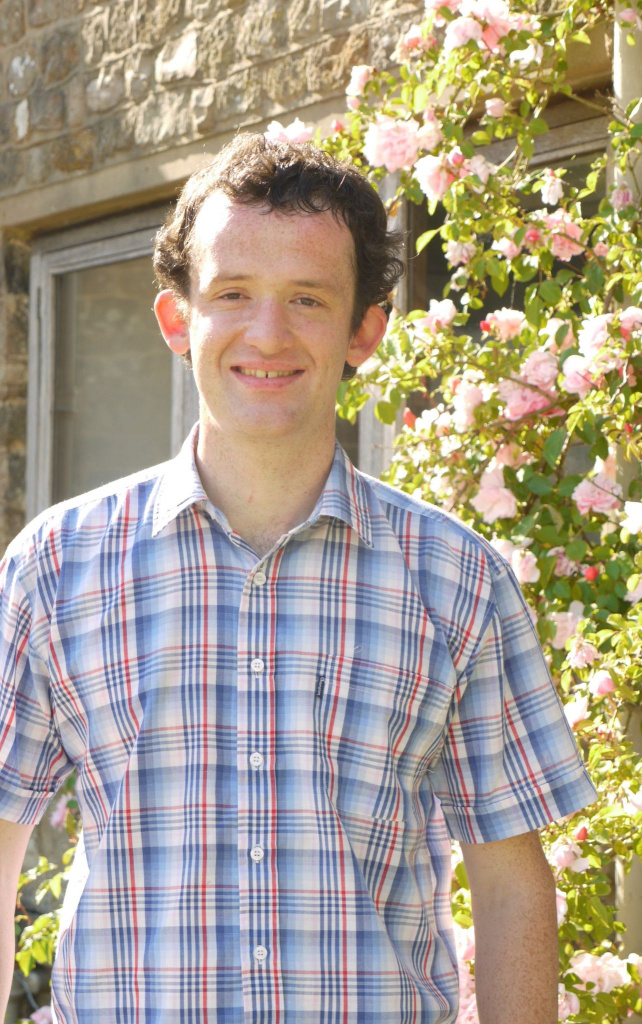 I am from the UK, I grew up in Sussex, England, and Aberdeenshire, Scotland. Since finishing university four years ago, I have been a residential private tutor. I have been in Kazakhstan since September 2020, so two and a half months now. I came here to work for a family in Almaty.

It is so big. The country had never come across my radar before I applied to work here, and I was surprised by how big it was, and with so much deserted countryside between cities. I am looking forward to doing a road trip across the steppe in the summer.

I moved during the coronavirus pandemic so visas and flights were tricky. Apart from that, just the usual difficulties in a new country and a foreign language: finding a good supermarket, getting a SIM card, opening a bank account, all that stuff.

It is amazingly cheap. It depends on where you shop of course, but overall it is wonderfully cheap to live here, everything from food to phone contracts to clothes. 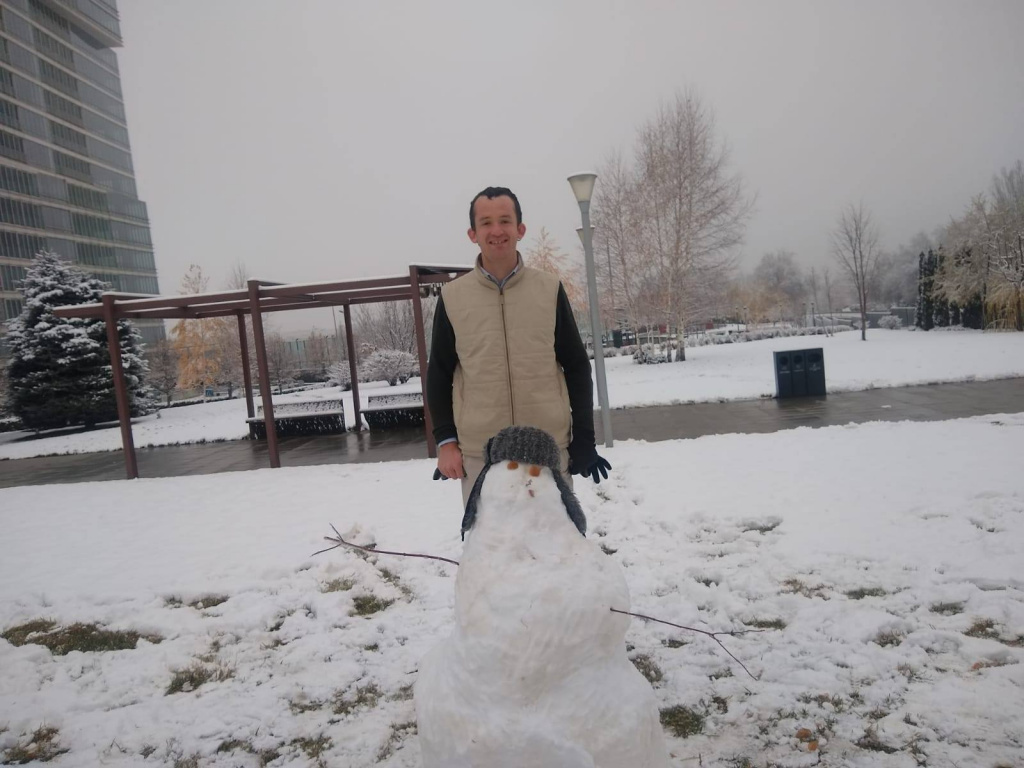 In day to day life it is not very different, but I am told that gender roles here are still quite mainstream, which is interesting. So it is unusual to find men cooking, for example. Also whistling is apparently seen as rude, which was a bit of an adjustment for me, normally I whistle all the time.

I am afraid I have not met many Kazakh people, because most of the people I see every day are very cosmopolitan. But I am looking forward to getting out into the countryside some day, and seeing how Kazakhs traditionally live.

I love the winter weather. I like cold better than warm generally, and English weather is very tame, we hardly ever get proper snow.