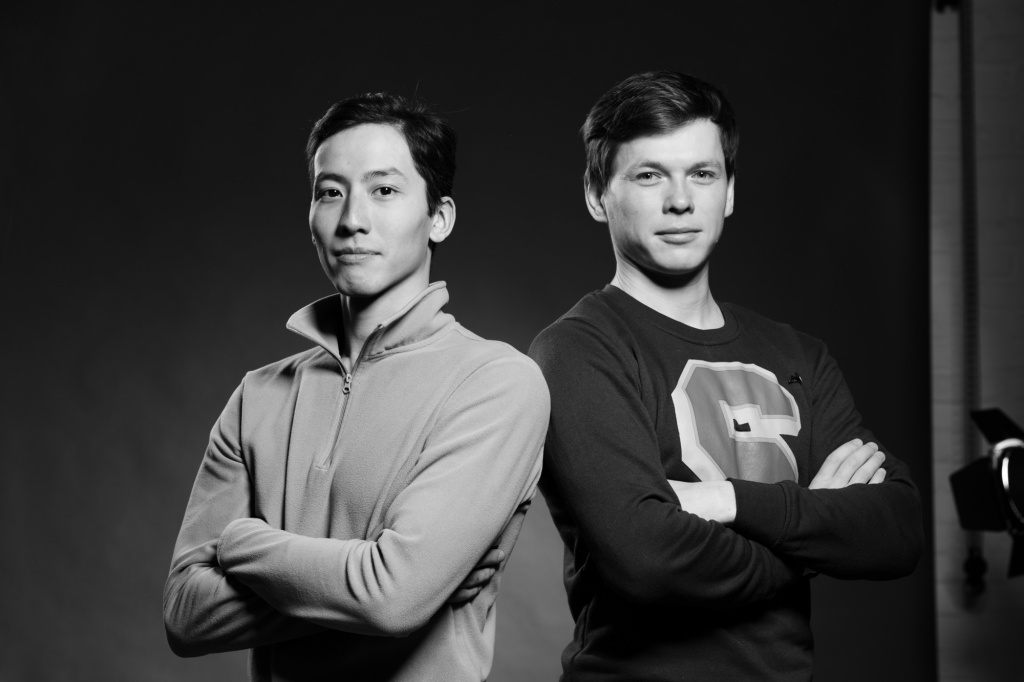 Sultan. I, Denis and Erzhan went hiking in 2015 as it was the hobby we really loved.

There were not large Almaty climbing communities to be joined. A newly created Instagram account made us notice the great desire of the Almaty residents to hike.

Denis. We posted cool photos and videos on social networks, and people got interested in our destinations and ways to reach them.

Our first trip to Furmanov Peak gathered 25 people including our friends and acquaintances. 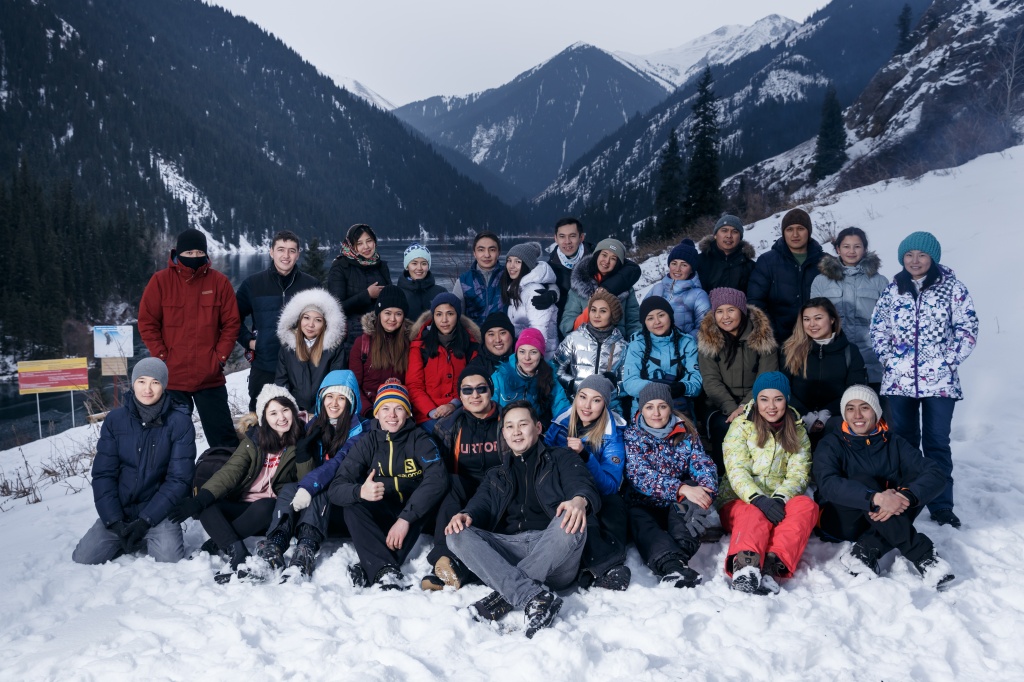 Sultan. Coming up with the name, we wanted “camp” to be the main one, when realized that it can be translated as "sweetie". That was cool.

Denis. Our motto is "Camp tastefully". 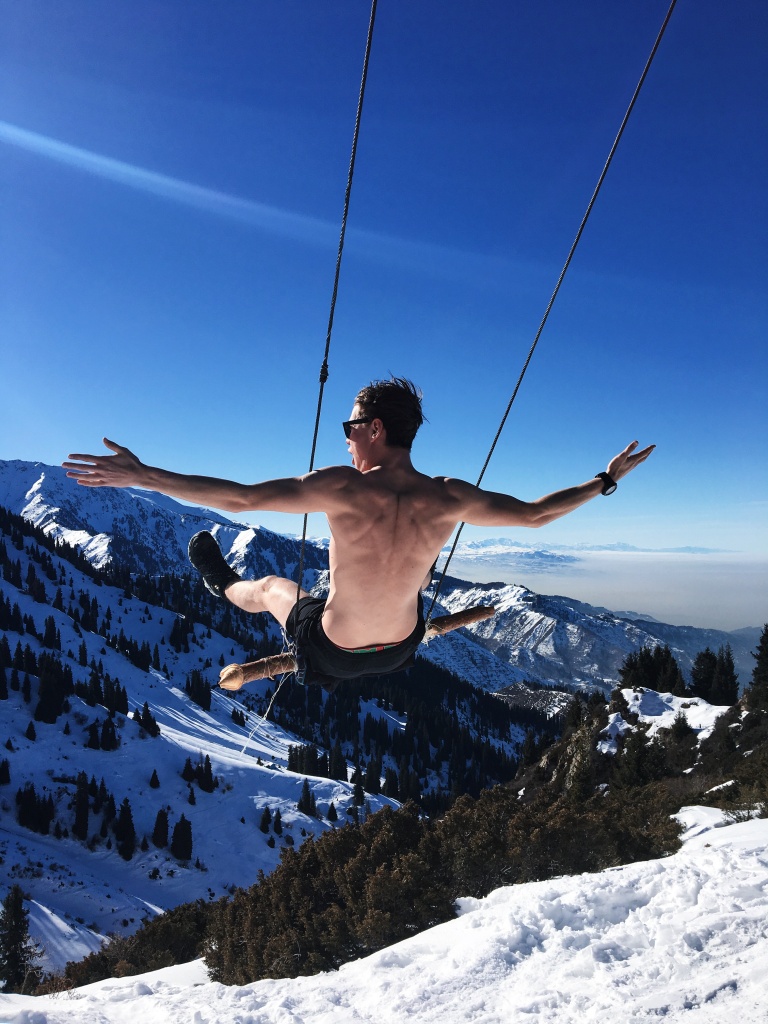 We promote active and healthy lifestyle and want the youth to discover something new.

Many think that hiking is dangerous, but in fact it's easy and affordable


The easiest trip takes 1.5-2 hours and doesn’t require special equipment. We don’t have difficult routes and climbs as we aren’t climbers but hikers. We hike and want to rest from the city hustle and bustle just sitting by the fire. 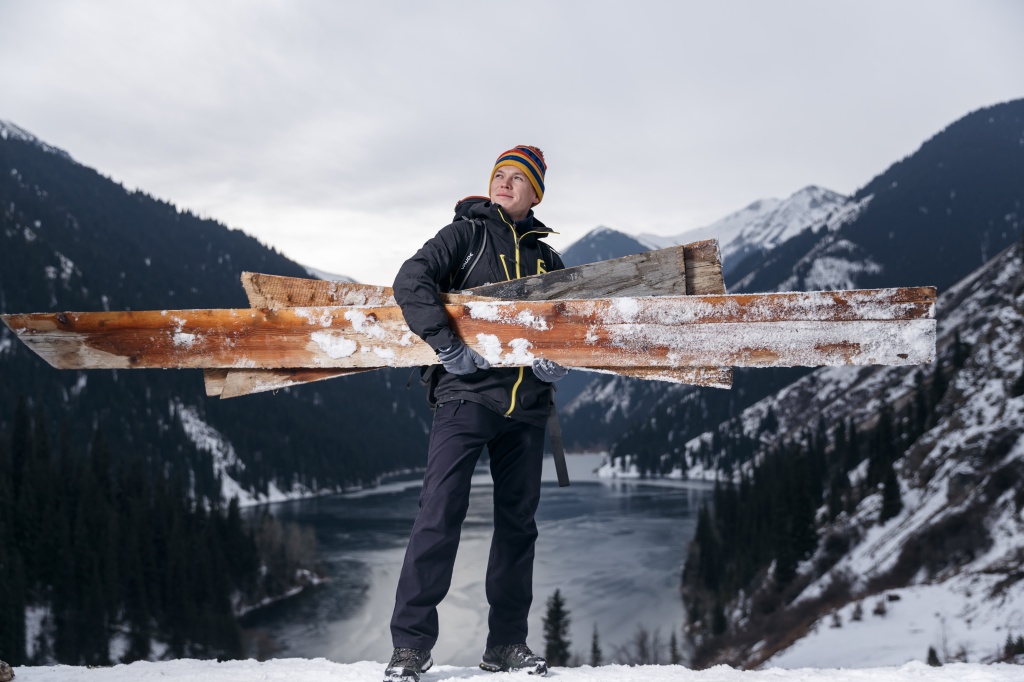 Sultan. We have two simple hiking routes to Kok-Zhailau and Mynzhylky Plateau letting you discover mountains with no extra effort.

Kazakhstan nature is amazing. For example, the Charyn Canyon is a unique place resembling the Grand Canyon in Arizona. Our lakes are even more beautiful that the Canadian and Norwegian ones.

Denis. We have some unusual projects such as the bus trip to Charyn for a few days.

The night Charyn sky is the best view ever


In such evenings we sit by the fire, talk, drink tea, and play the guitar. 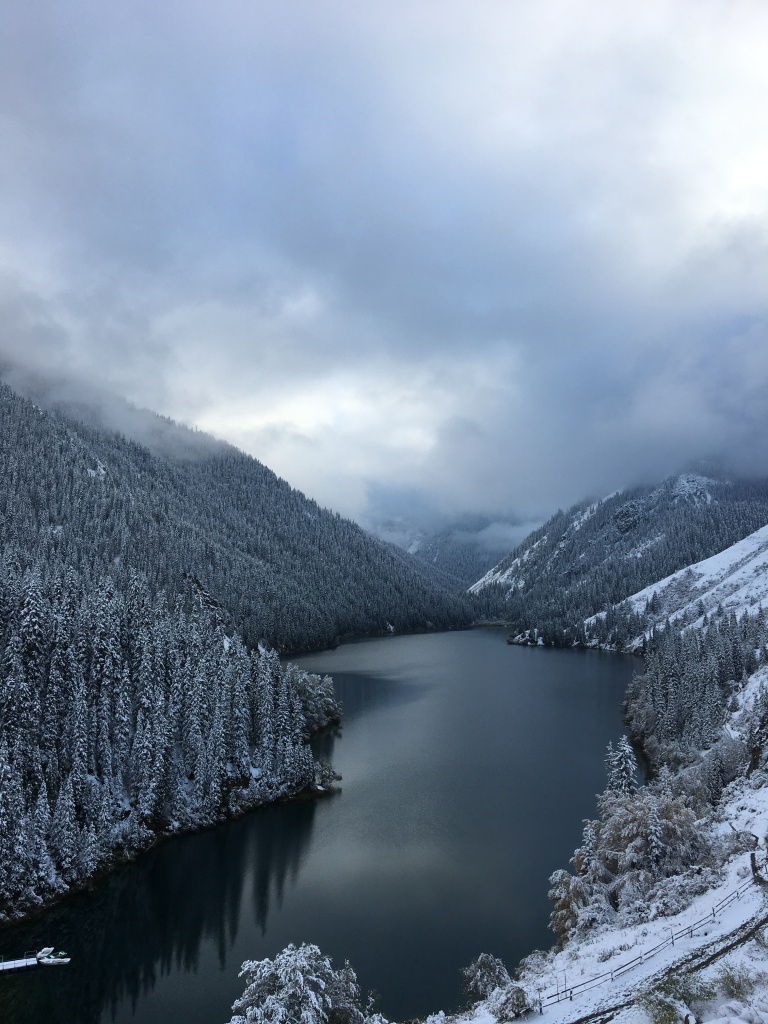 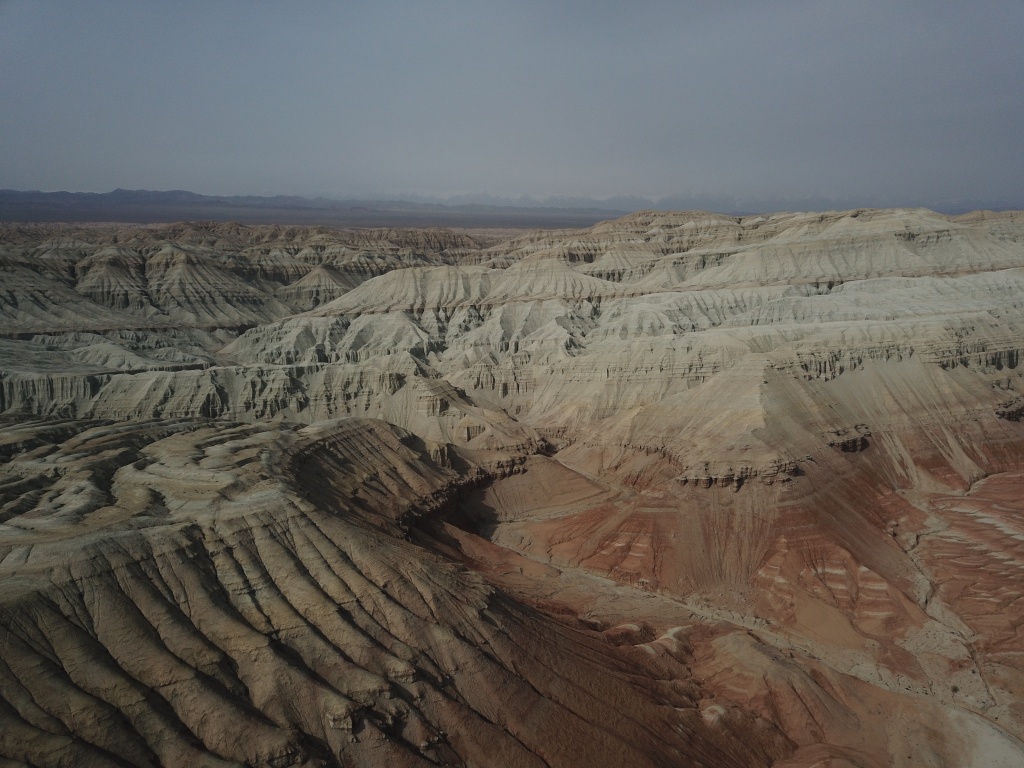 People hike to take a break from the city's fuss, work, and problems. They open their minds and souls, communicate and make friends. 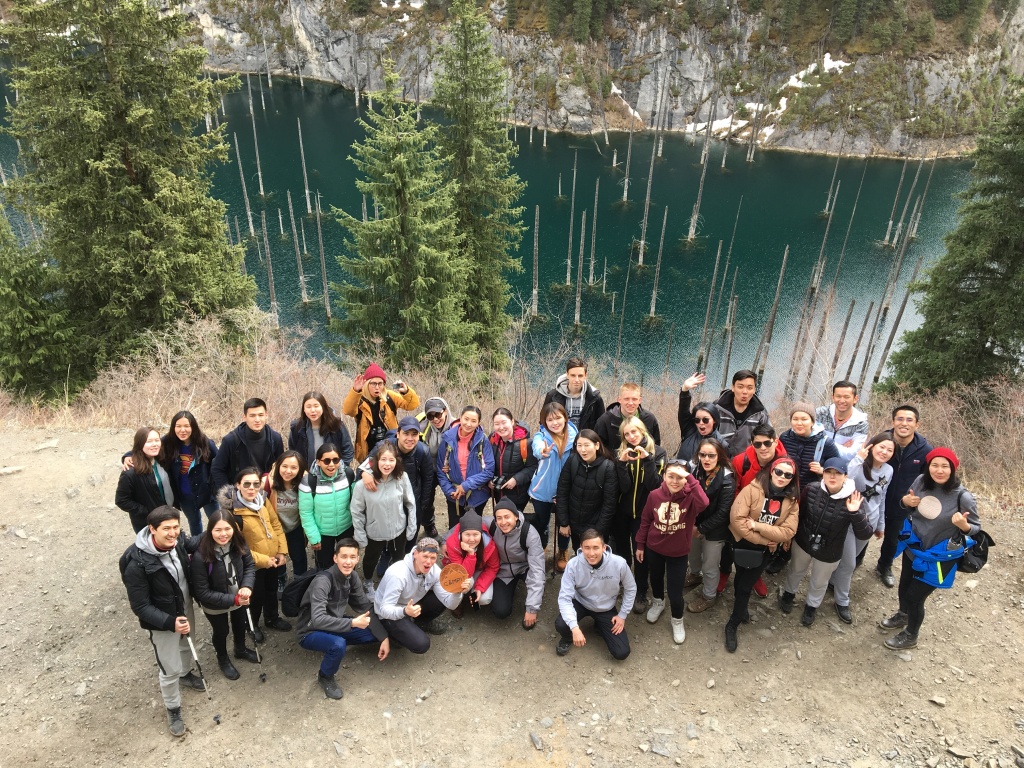 Denis. Sometimes people come with friends, someone comes alone. Anyway, finally, all of them turn into one large family. It's cool.

In addition, we have some guys who constantly help organize trips.

Denis. 15 out of 30 thousand subscribers have already joined our hiking trips. Most of them had never gone hiking before and it was campit.kz that helped them discover the life. Today I dare say that half the city has already heard of us.

As for me, I met my girlfriend at hiking 2 years ago when I saved her from the fall. There’re many stories starring guys who found their love in the highlands. Mounts make people kind, the angry or the sad cannot be met there.

Sultan. Hiking makes people change their way of life, and Campit.kz has changed our life too. For example, I left the main job and devoted myself to the project. I’m lucky to have hiking as the hobby and job. 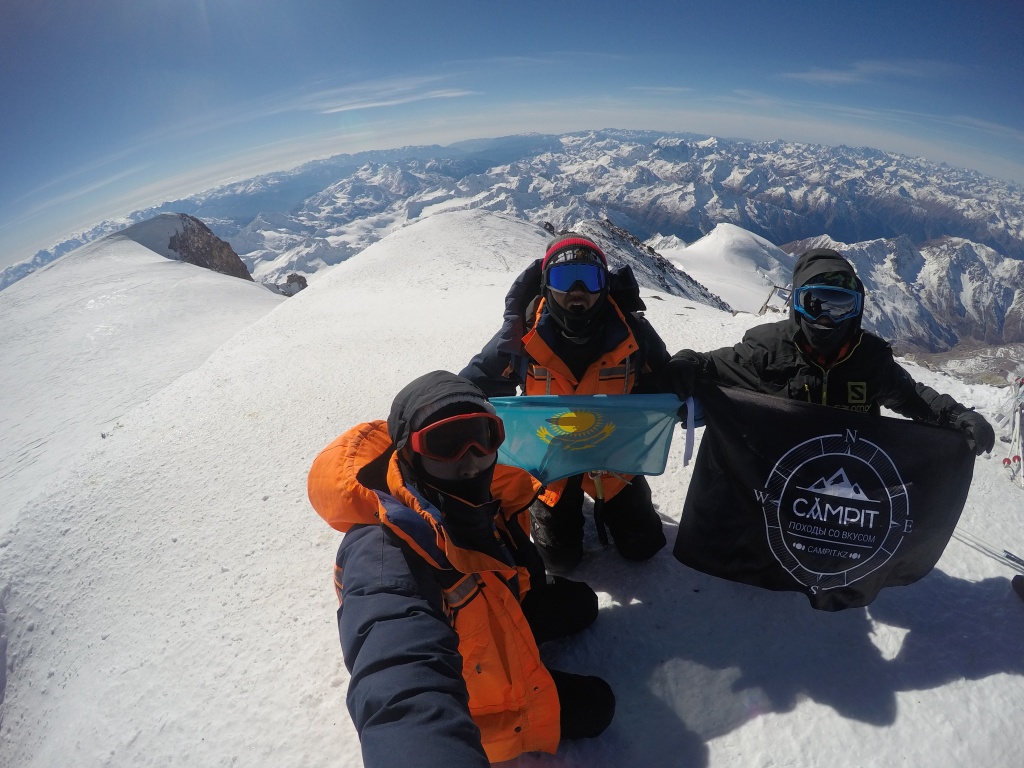 Sultan. We’re actively engaged in the project development and have big plans. We want to make it more profitable, yet there always will be trips for free.

There’re many beautiful must-visit places in Kazakhstan, but infrastructure is poorly developed, so people have no idea of those spots. So we aim to develop domestic tourism in Almaty and Kazakhstan.

Besides, we want to engage in outbound tourism and organize trips to different parts of the world such as Nepal, Elbrus, Chukotka, Iceland, and Norway.

Read this article
7 common traditions of the Turkic people

2506
Masala tea, barfi and amchur — what to bring back from India

1851
PERMANENT RESIDENCE IN SPAIN: QAZAQSTANI ON A LIFE ON CANARY ISLANDS AND ALL-YEAR-ROU...