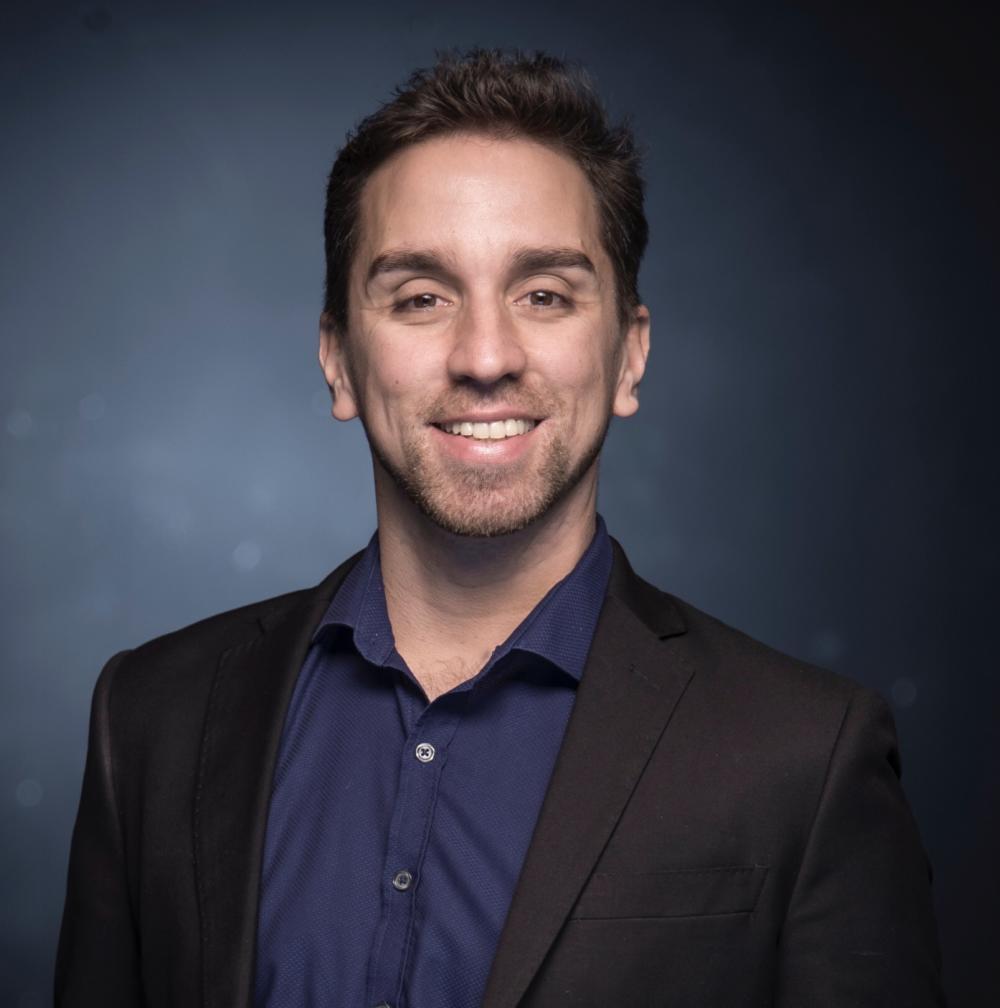 I was very impressed by the architecture of the city, hospitality of the people. The city seemed to me something futuristic. It is very different place than everywhere I knew before. I liked very much the cultural part of the city. There are two big theaters. Food is amazing. Everything helps to me make a decision to move here.

I was very lucky because I had many people helping me with all the difficulties. But of course the weather, since it is the coldest capital in the world, I adapted very well. I lived in Belgium too, which is get really cold. Of course not like here, but I used to cold.

The language. However after five years I learned little bit of Russian and I can communicate well. When you move to another country you need to adapt to life. I find myself that I adapt really fast.

The biggest difference is the architecture of the city. There are different atmosphere which I like very much. I find interesting different pyramids and glass buildings. The weather and the beauty of the summer when the city changes a lot.

The mentality of the people, the way they think. Everything is much more laid back. They just take their time, which I had to adapt. In Europe things work much faster in making decisions and making business. Here everything is more longer, because people are relaxed.

I guess here are very hospitable, they are nice to foreigners as in Brazil. I think the food, the seasoning of the food, the flavor and the way they cook are similar to Brazil sometimes.

There are old style in the mentality. In Brazil women are equal to men, at least they try to be. Here I see that the men are more powerful. Overall the style of living are relaxed, less stressed. People take time and do not think how much time I had. They live like day by day, slowly and forever, which can be good. But the big organizations need to plan ahead sometimes and not to do everything last moment. Everything in Kazakhstan is done last moment, but in the end it works.

I quite like the snow. I find it very beautiful. In Brazil we have mountains, but there are the mountains with the snow in Almaty. I found beautiful the ski stations and how touristic it is there. The nature in general is beautiful. I also like how people treated well when you go out in restaurants. Everything is very comfortable and special. All the restaurants are big, with the big sofas. There are the nice service. 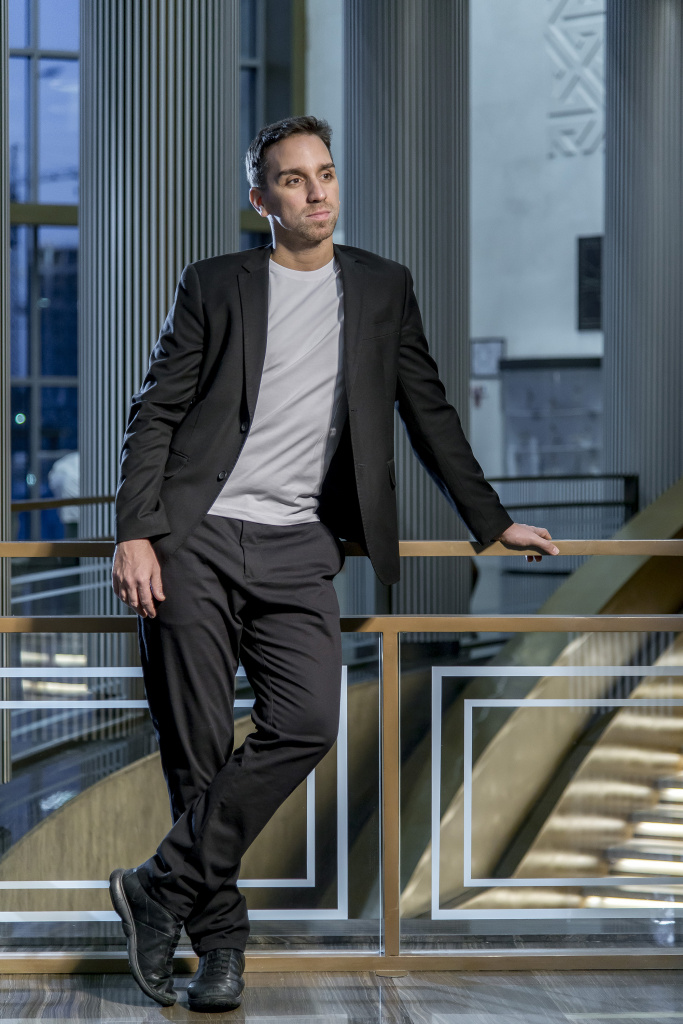 I have many memories, especially at my work. The love from the public that my works are always received. I was recognized on the street many times because people love ballet. They know my work as a choreographer.

One of the story that I will never forget is the inauguration of the EXPO in 2017. I have seen many fireworks before in my life like the New Years, in Rio de Janeiro for example, the opening of the Olympics, carnival in Brazil – there are a lot of fireworks shows. But I saw the biggest one from my window where I live in Astana Ballet. The window is pointed so you can see EXPO sphere and I saw the biggest firework that I have seen in my live from my window. I will never forget the EXPO firework. I think it was the biggest, because I was really in shock and I could watch it just from my window. It was nice moment a part of many others that will stay in my heart forever in Kazakhstan. 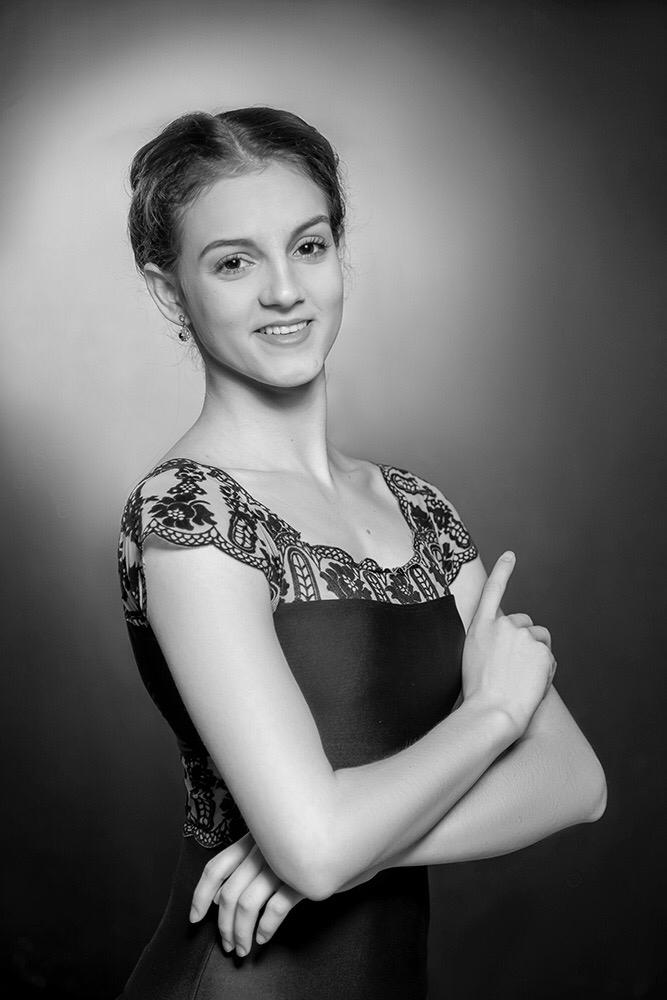 I dance as a soloist at Astana Ballet Theater in Kazakhstan. I live in Kazakhstan for one year already and I moved to work as a ballet dancer. In Brazil it is hard for us to work in this area, because there are no support from the government and it is really hard to get in a ballet company. I participated in several ballet competitions in Brazil, and in one of them I received a contract from the judges who work at Astana Ballet to join the company. So I came to Kazakhstan in October 2019.

I love it. When I arrived the most thing that calls my attention was the city. So modern, beautiful, so different buildings, organized, a lot of lights and everything planned. And of course the cold. In Brazil is hot all year, I never had -40 degrees. And here was the first time I saw snow.

Definitely the language. I did not speak anything in Russian, and here is not so much people who speak English, so was really hard for me to understand and communicate. To deal with a new country, without knowing the language it is so hard. 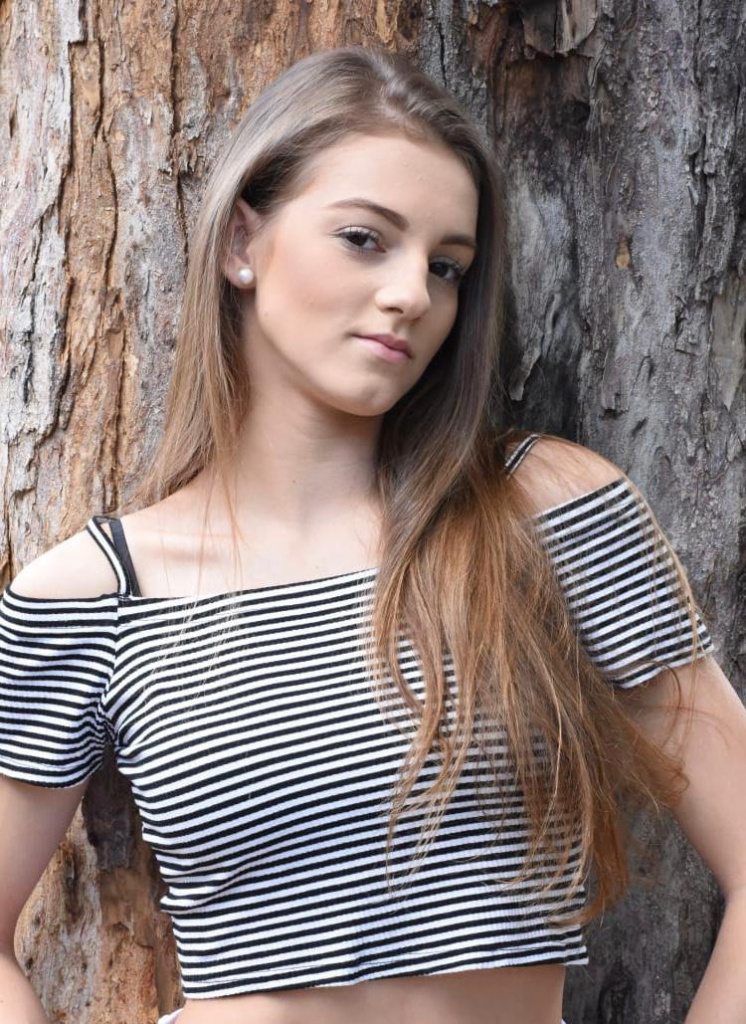 The buildings have a lot of different forms, like triangles, circles, not only the normal form. And also the colors, like brown, yellow, blue maybe because of the colors of the flag, and all the buildings with lights it is so beautiful. And when I went to Atyrau, the buildings there are small, like little village and this for me was also an interesting difference from São Paulo.

The people. Here like in Brazil people always wanna help you. They do what they can to support you. And also the friendship, if they considerate you their friend, they will be always by your side in everything you need.

I like so much Kazakh people. They are polite, gentle, kind, and friendly. And for what I notice about them — they like to live good. They do what they want, and what they think will be good for them. They are not afraid to give up and try other thing. And they always have their time to do things, because us, Brazilians, we like to do everything fast, all at the same time, and here they are more calm.

I like the Kazakh food. Like horse meat. Also the safety, I was shocked when I saw kids going to school by themselves, and girls walking in the street at night alone. In Brazil we avoid this kind of things because it is dangerous.

I went to Burabay and I love so much. So beautiful place with a lot of nature who reminds me my home. 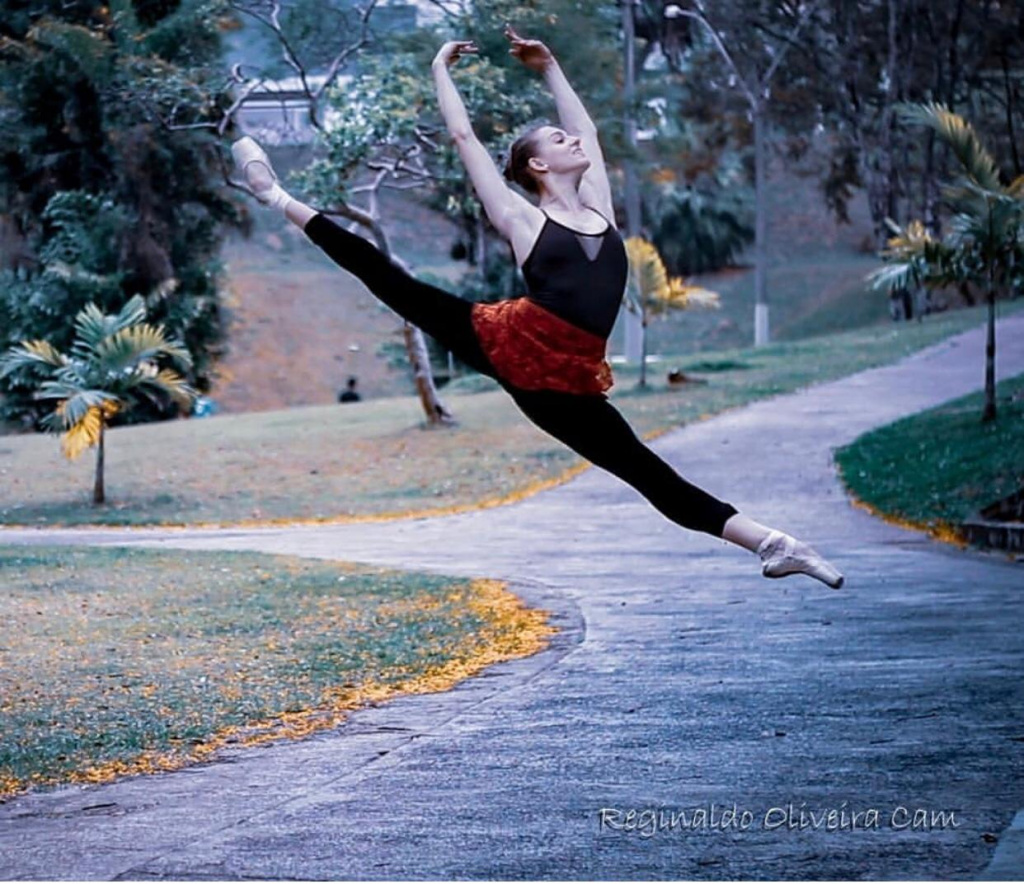 One day I went to Astana Opera to watch a performance on my first month here. I still did not speak Russian. After the show I ordered a taxi, but the streets here are different than in Brazil, and for me was so hard to understand the app. And it was so cold that my battery turned off. I started walking to find some place that I could charge my cellphone, and I got in Astana Opera on the dancers exit, and I did not even know if I could come in. I asked in English if someone could help me with the taxi, to explain to him where am I. And one woman who speaks a little bit of English, called the taxi and explained everything. But this took like one hour in the cold, because I did not know where to go. And when I arrived at home I started crying so much. 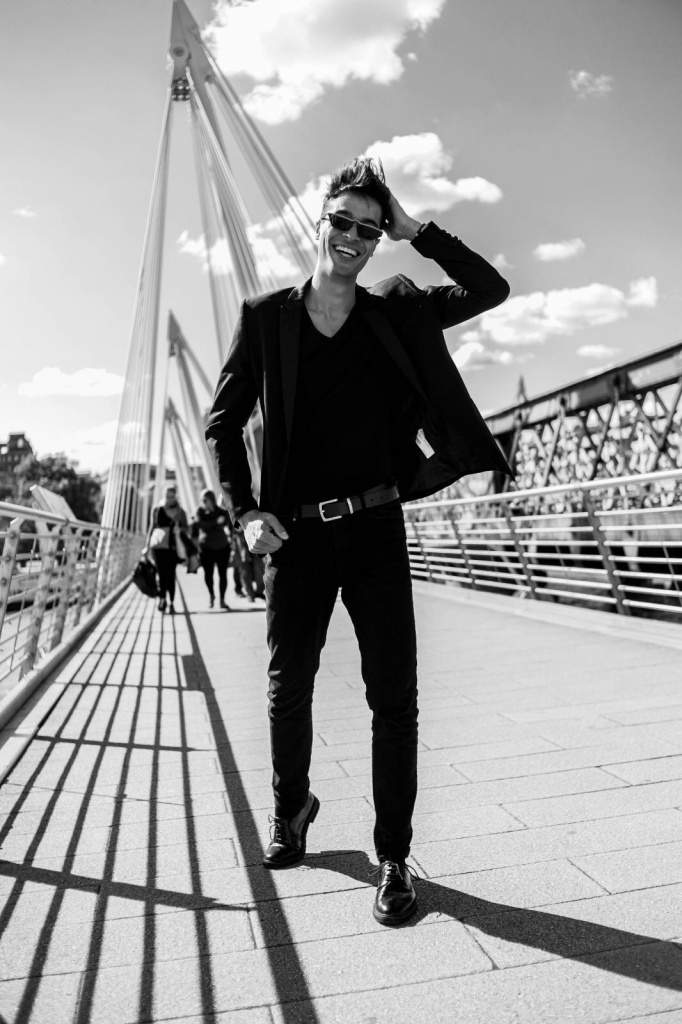 I am professional male ballet dancer since 2016. I have been in Kazakhstan for one year this month, and the main reason I came was to work and be part of the amazing company Astana Ballet.

First impression I had was the chock with the cold weather in the city because, before it I have never seen snow, so it amazed me.

The language was my biggest trouble just because I did not know any Russian, which at first was very scary but now I am getting along more easily.

Something I found it interesting is the very tasty, careful and delicious food in Kazakhstan reminds me a lot the Brazilian way of cooking. 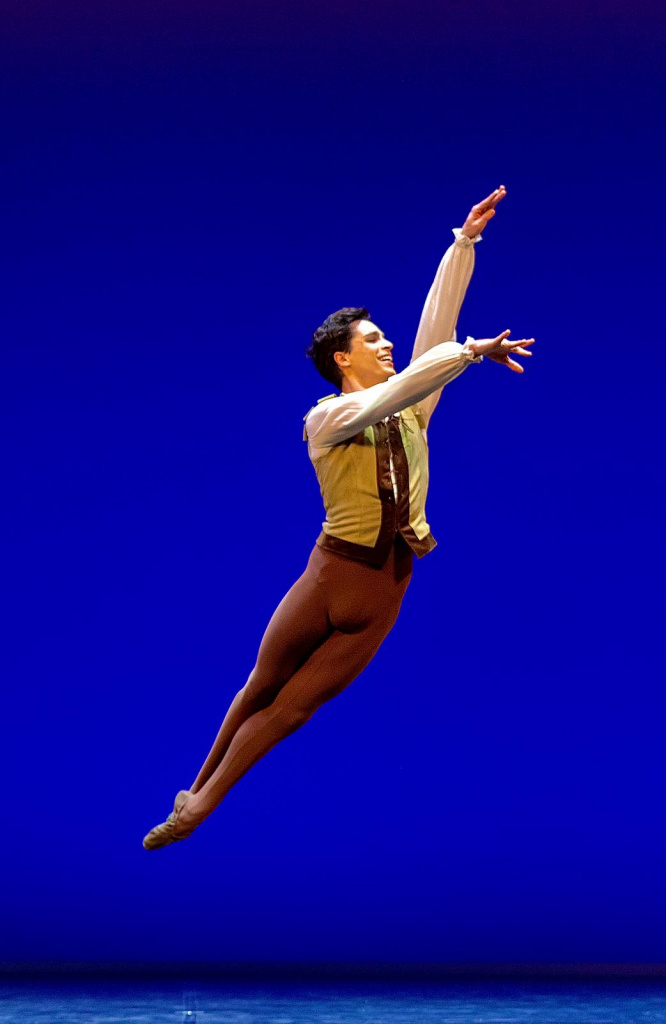 The most beautiful thing about the people of Kazakhstan is how they respect someone older and how they care to each other. If you make one real friend from Kazakhstan you will be friends forever.

The horse meat and milk we do not have it in Brazil, at least I have never tried until I got here and it is pretty delicious. The constructions and the shape of the buildings in Astana are a show of lights and colors at night, I love walking around the city to see it. 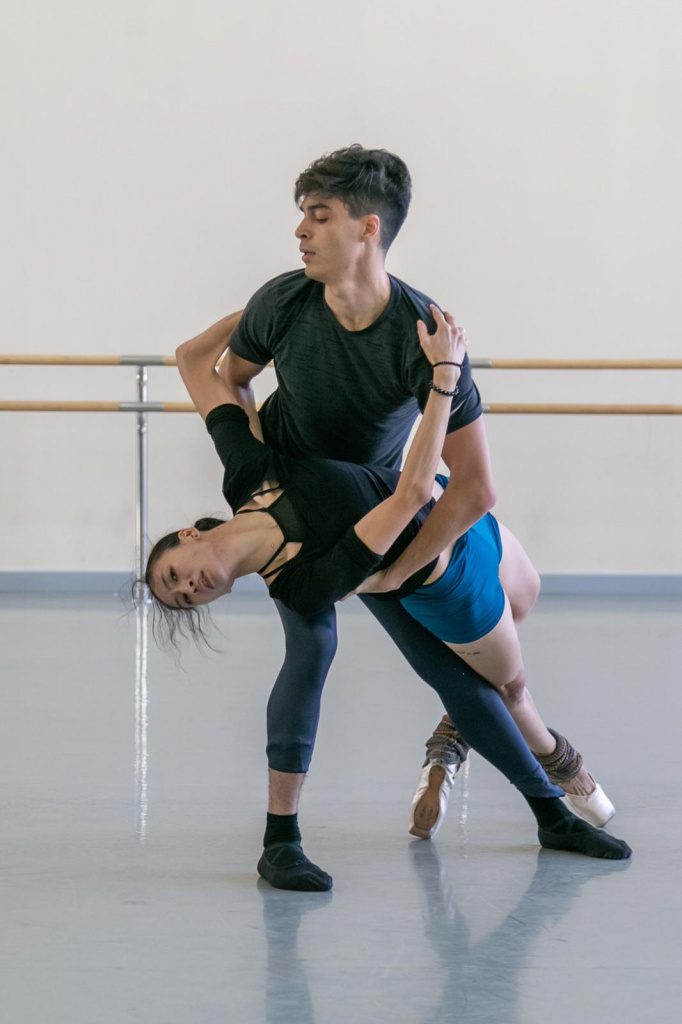 A funny story I can tell is when I was with four more foreigners friends and we decided to order pizza trough the phone. But the woman did not speak any English and our Russian was not good enough so we spent 45 minutes to try to understand each other, and by the end it came the wrong pizza.

Read this article
Foreigner from England shares the story why he preferred to live in Astana, not in Al...

1982
What do we know about Mongolia? Foreigners talk about wrestling, nomad culture, and G...

1123
AN AMERICAN ON REASONS TO BECOME A TEACHER IN KAZAKHSTAN