About how women live and build careers in Asia: Japan, Korea and China

About how women live and build careers in Asia: Japan, Korea and China 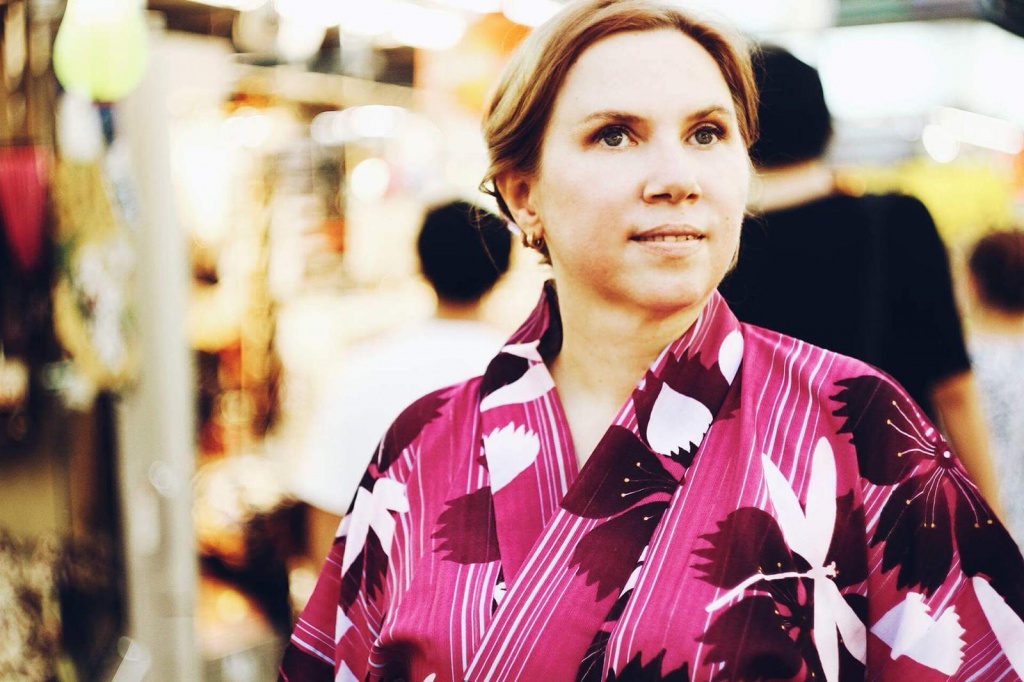 The relationship between man and woman based on age. The image of the mother is more important for the older generation. The main function of a woman is to provide man in domestic matters. The younger generation has a different view of the relationship.

The canonical family in Japan is an economic union of man and woman for posterity.

In Japan more nuclear families, that consists only of parents and their children. Grandparents do not communicate with their grandchildren so often.

A woman in Japan is fully engaged with the household and the family budget.

Partnership relationships between spouses are not accepted here. The man plays the role of the head of the family, responsible for the family and the woman, while the woman creates a cute image of a naive child. Japanese girls even change the intonation and voice when they talk to a man, they demonstrate the fragility and insecurity. 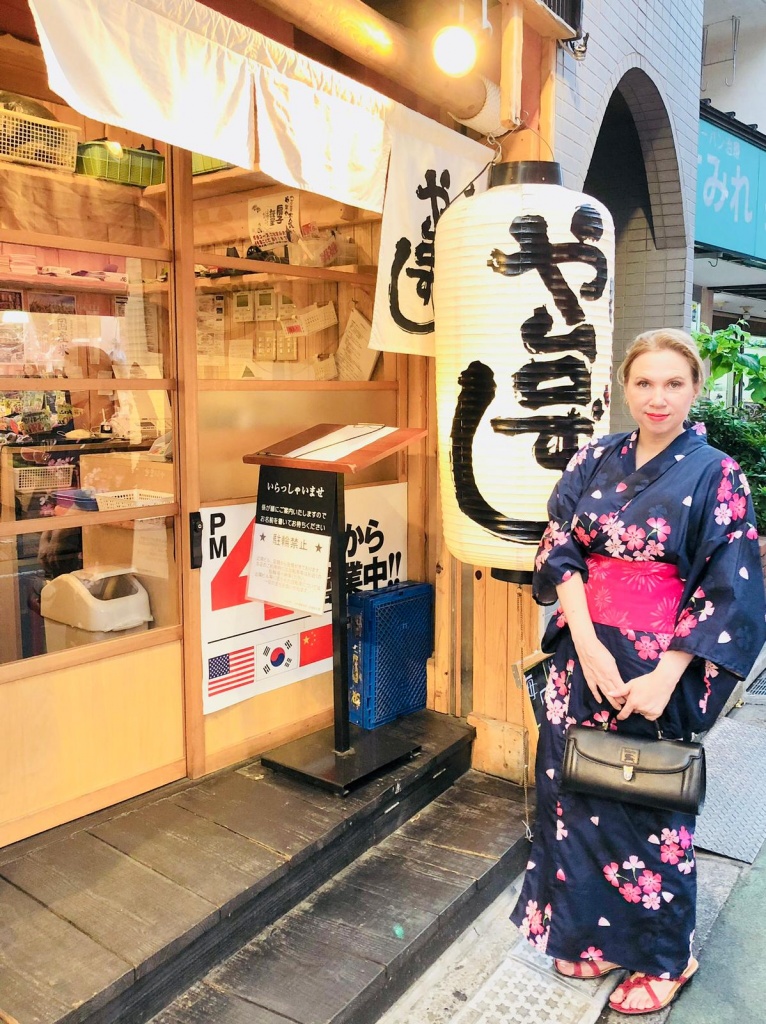 Japan divided into North, South, East and West. Each region has its own traditions and peculiarities of education.

Previously, fathers did not obviously demonstrate care and love for children. Nowadays relations have become warmer.

Men in Japan have a saying "Kazoku sabisu" which means the service you provide to the family. For example, a man can help with the housework on weekends. Sometimes he takes children for a walk in the park, gives a woman the opportunity to devote time to herself.

Boys are raised to learn well and build a career. Girls should get married.

Recently, young men didn't tend to start marriages, because they do not have the opportunity to provide the family. They remain in the parents' house, lead an autonomous lifestyle and spend their salary on their interests.

Even 10 years ago, a woman after marriage devoted some part of her time to work, but after the birth of a child completely devoted herself to the family. Partly this was because of the lack of kindergartens.

The wages of men and women are different. A man can take maternity leave, but then the woman's salary will not be enough to provide the family.

A woman pays attention to herself as much as her finances allow. Banks in Japan issue loans to women for cosmetic procedures. For example, plastic surgery.

I've lived in Japan for 25 years. Now the institution of the family is undergoing changes, and women are striving for personal development in the career. 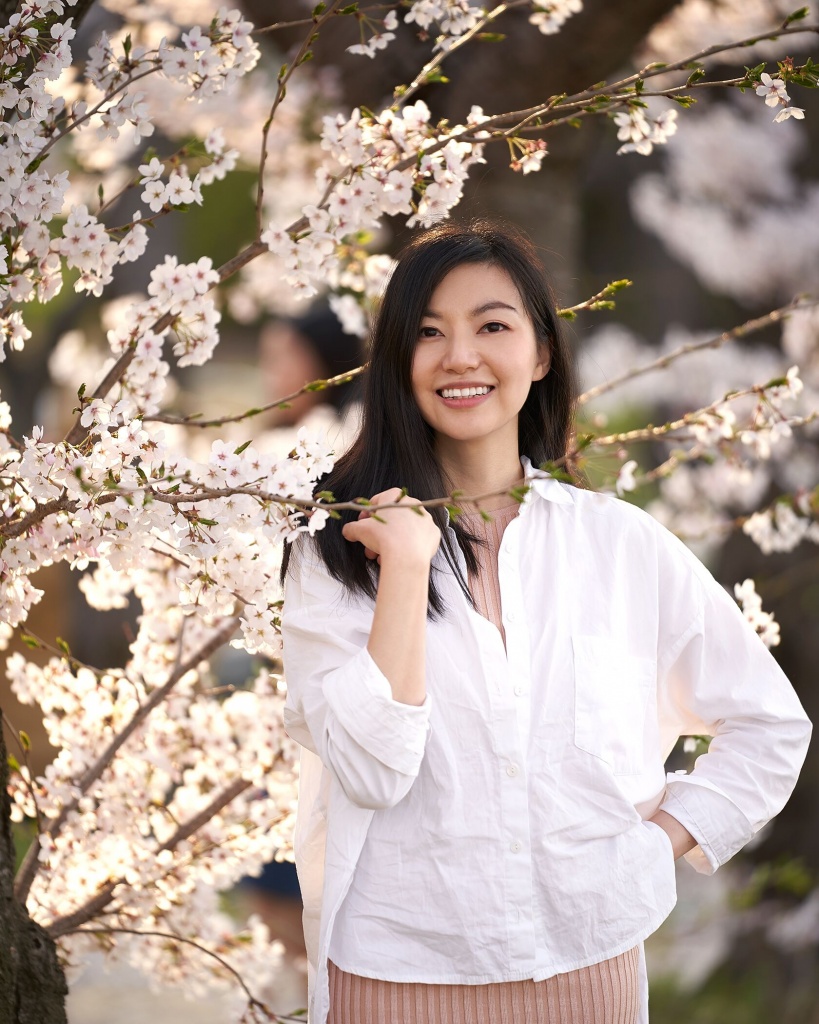 In Korea, 70-80% of the total population are men. This is due to the fact that in the 80s every family should have had a boy. Ten years later was made a ban on the recognition of the sex of the child. Today, the percentage of the sexes is equal — 104 men per 100 women.

In Korea, men not used to passing the women forward, to give a hand or open a door. Men are practical, so do not expect anything like flowers.

In the Korean family, a woman firstly must be a wife and mother. Responsibilities include taking care of the family, cooking, raising children. However, there are more and more working women in Korea, some responsibilities have been shared between spouses.

The relationship with the spouse is mutual respect on both sides. A woman should support her husband and always consult with him because the husband is the head of the family.

Korea is a country with a developed social group, and the education of children is strongly influenced by public opinion. It is important that the child is always in the group, and group membership is instilled from early childhood.

Due to the high competition, mothers try to convince the child to study hard and develop, communicate with those who study well, lead children to additional circles. When mothers gather, they often discuss the interests of their children, share their observations or recommendations about circles, and sometimes even create new circles. If the school has a group of excellent children, every mother will want her child to also get into this group.

In Korea, there is no concept of childcare leave for men. A man can have two or three days off if his wife gave birth. 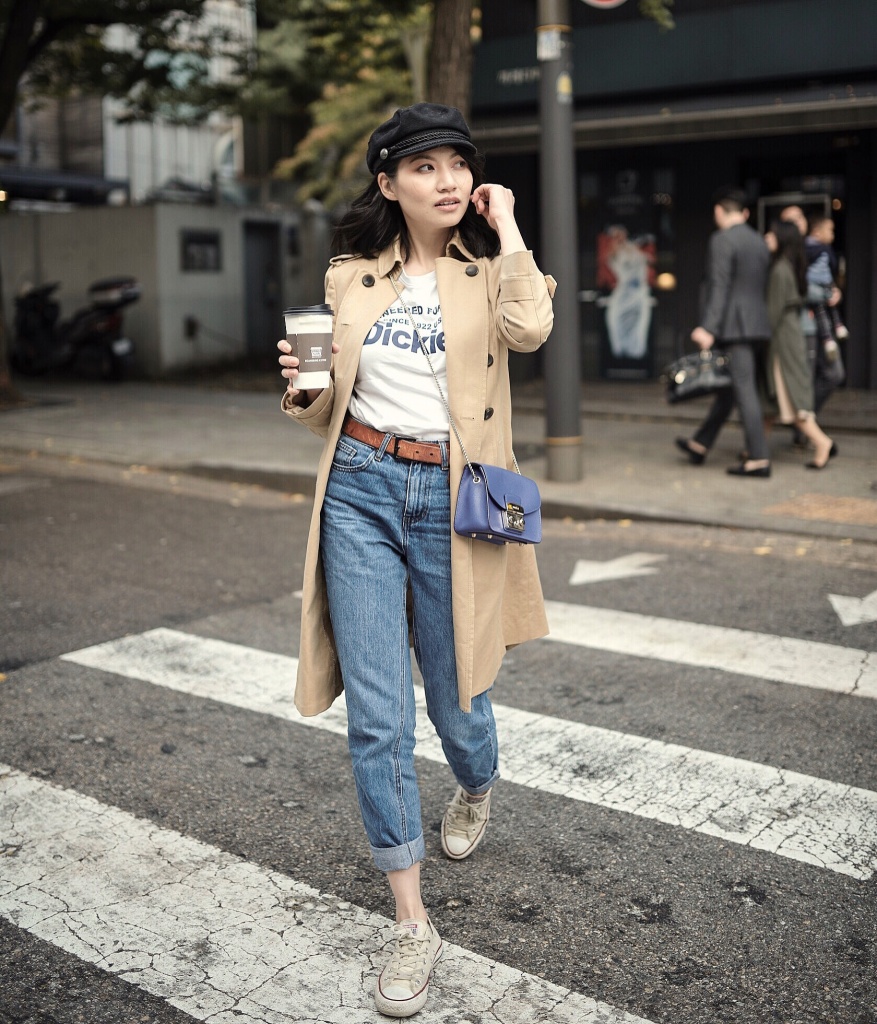 However, recently it has become popular to share responsibilities in the family after work husband can bathe the child or wash dishes to help his wife.

In the past, girls who came to get a job were biased because in the future a woman, unlike a man, will go on maternity leave, take sick leave and compensatory time off. Nowadays every woman has the right to decide where to work.

If a woman works, she may be subject to some public pressure. She always needs to work harder, maintain her status.

Previously, the salaries of men and women were different, even if they were in the same position. Not now.

Women can hold almost any position. The most popular women's professions in Korea are a teacher at school and a kindergarten teacher. This is a stable state job with a high salary. A profession in the field of art or science also valued. 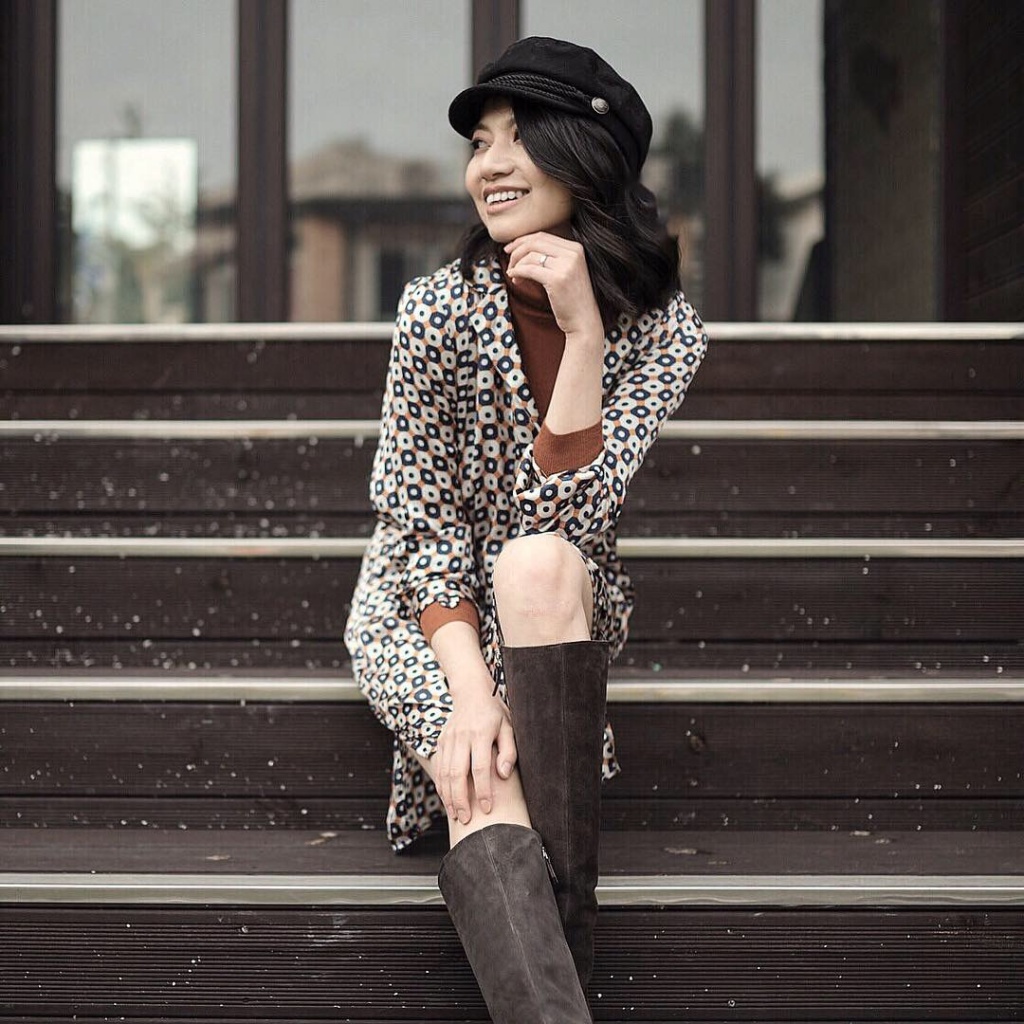 This is especially important for women who work in large companies, occupy high positions — they have to look well-groomed and beautiful.

Women try to look younger than they are, and this is achieved by appearance, proper skin care and cosmetic procedures.

There are many women's clubs and organizations in Korea. It could be a community of women of interest who just live nearby or take their children to the same school. Women like to be in a group, share with each other, many even make online purchases together, because it is more profitable and more fun. 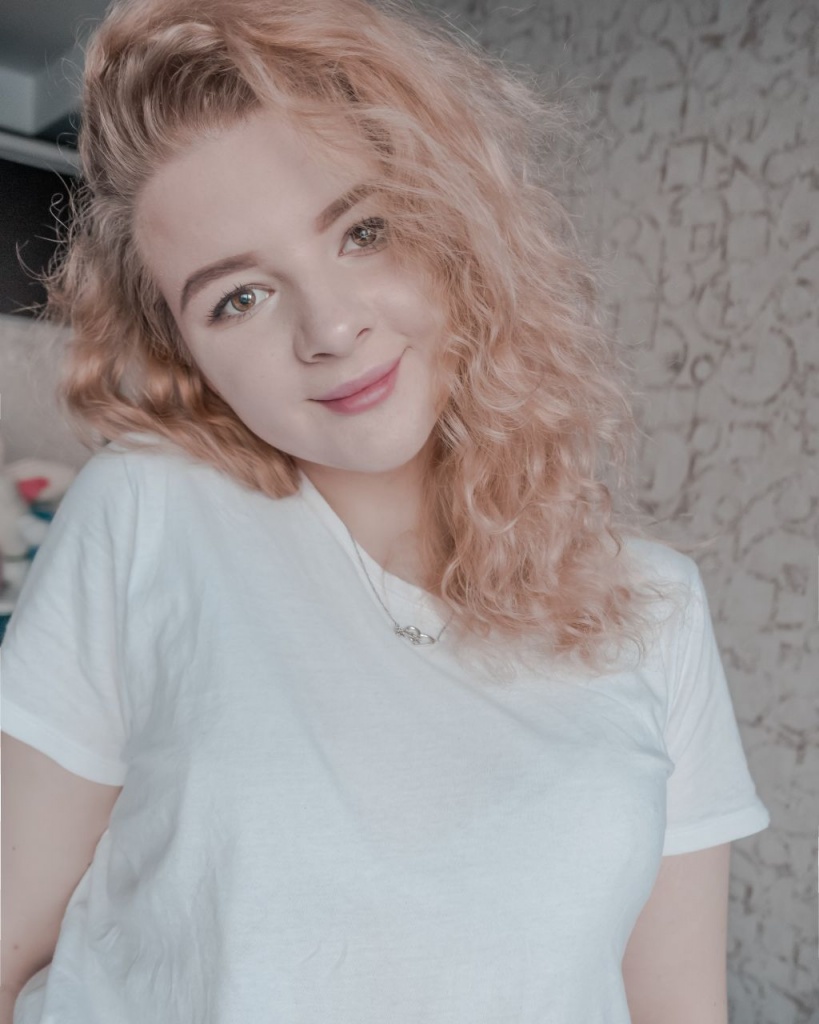 In China, the population of men and women is approximately equal — 51% and 49%.

There are a little more men and women always have a choice. They carefully choose their husbands, so men know how to take care of a woman. The Chinese are hardworking and responsible. If they promise something, they will do. They do not like to be lazy and relax at home. They respect the family and put it in the first place.

The Chinese adhere to their traditions, and for them, a woman is always a household keeper. In the family, she is treated more respectfully because she brings up children, keeps the house clean and tidy, creates comfort and manages family income. The house is a woman's territory, so men prefer to obey them in a home atmosphere.

The house is a woman's territory, so men prefer to obey them in a home atmosphere

First of all, they will always talk about the father and only then about the mother when it comes to the family. I faced it when my husband brought me to meet his family. I wanted to treat his parents with sweets and offer the first sweet to his mother, but he stopped me and told me to offer it to his father first. 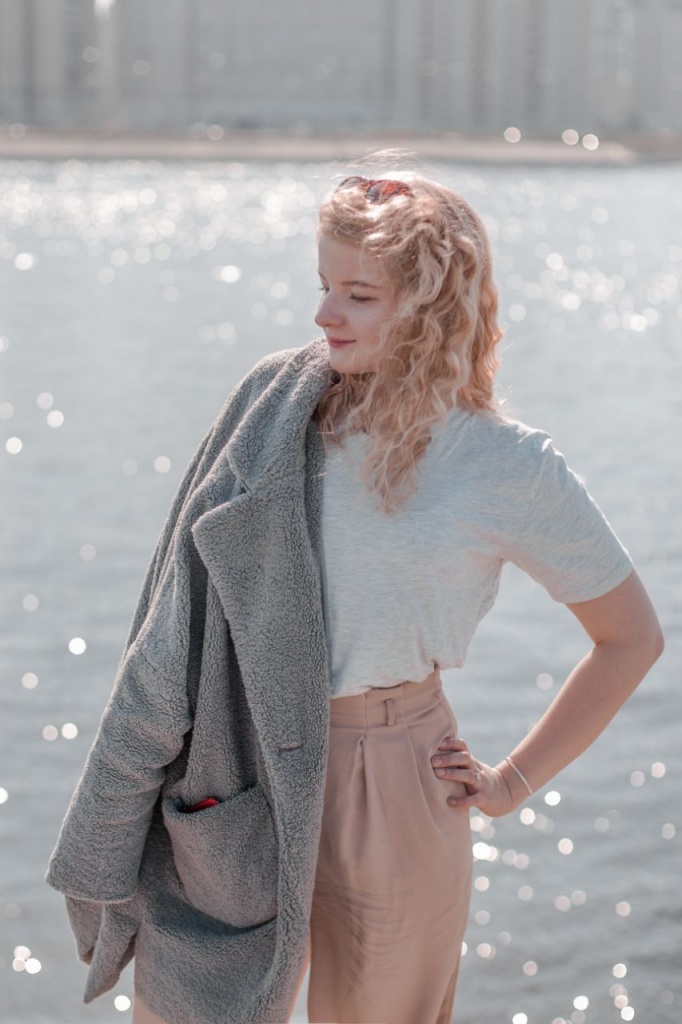 Children in China are brought up very strictly because the competition is enormous. The child must be disciplined and hardworking to grow competitive.

My husband told me that when he was little, his mother always helped him with lessons, even if it was very late. Brought up in perseverance and concentration on learning.

Parents never punish children for the noise or for not cleaning the room, because mothers take care of everything themselves, always protect their children.

If in Europe men can go to childcare leave, in China can't. Women are given three months, and she is helped by her husband's relatives in-law and sisters. Also, grandparents held the upbringing of the child.

In China, many women engaged in business — Own shops, coffee shops and clothing shops. They can also work in the service sector — sellers, cashiers, waitresses.

Women are not allowed to work in purely male occupations. Also, they can not take senior positions, especially in the field of medicine, politics and science.

At the same time, women study at universities and get higher education.

It is easy to be a woman in China. Chinese women are quite spoiled in terms of men attention. Every woman has a boyfriend, regardless of her external data or financial situation.

In China a tradition to buy a car and an apartment for a son, so almost all men are wealthy.

In China, not much attention is paid to beauty. Women rarely do manicure or make big eyelashes. However, they take care of the skin and body. Make tinctures of various teas and herbs.

Women's clubs are not popular because the Chinese are closed and do not like to discuss their problems with other people, all keep to themselves.

976
YOUNG KAZAKHSTAN BIOLOGIST ON LIFE AND SCIENTIFIC ACTIVITY IN SINGAPORE