Lilliana. I'm Colombian. Matthew and I met while working at the international baccalaureate school in Colombia. We were good friends at first, and then we decided to be together.

Matthew. I'm from Canada, but I came to Colombia because a colleague of mine called me and offered to come to work. There I met Liliana and she became an important person to me. I wanted to be with her.

Lilliana. We have been together for 12 years and married for 10 years. 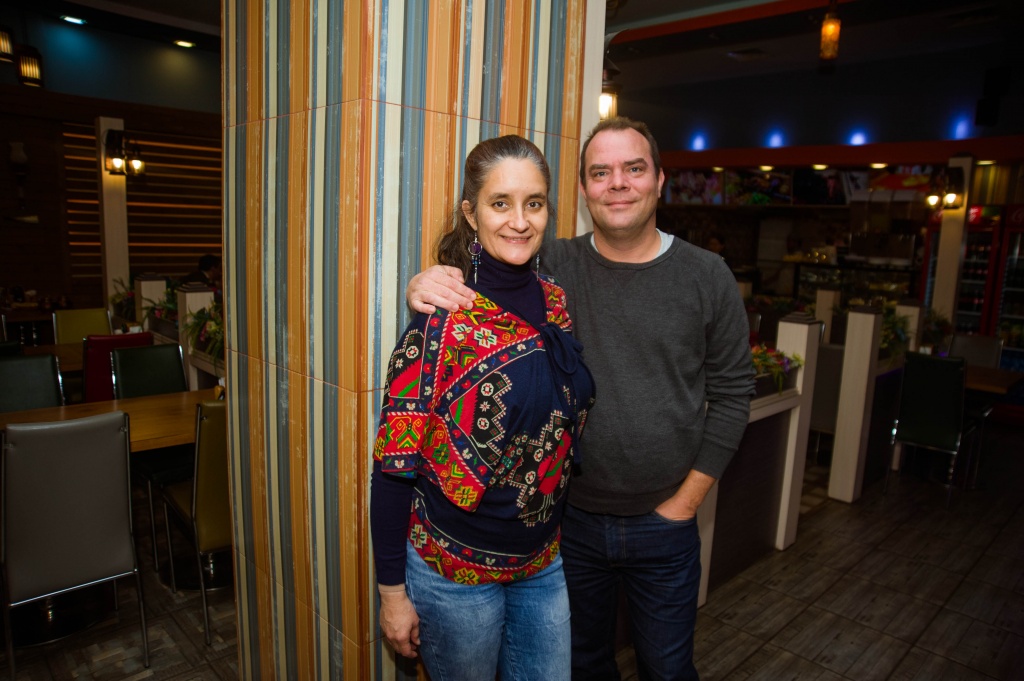 Matthew. When I proposed, we were almost married because we lived together.
We started to think about work outside of Colombia. And it seemed to us that it would be easier to take such a step together. So we thought, " Why not, let's get married." Then we bought rings together. We had a wedding, everything as it should be. Parents, relatives and close friends from Canada have arrived.

Lilliana. Our wedding was more Colombia-style, Colombian drinks and food. In total there were about 100 guests.

Matthew. We have been living in Astana for a little over six years. We found a job here where we're needed. We work in Nazarbayev Intellectual school and help students to enter international universities.

The first impressions of the city were strange. We were surprised by the construction of the city. One half of the city was filled with old houses, and the other part was built exclusively with new buildings. 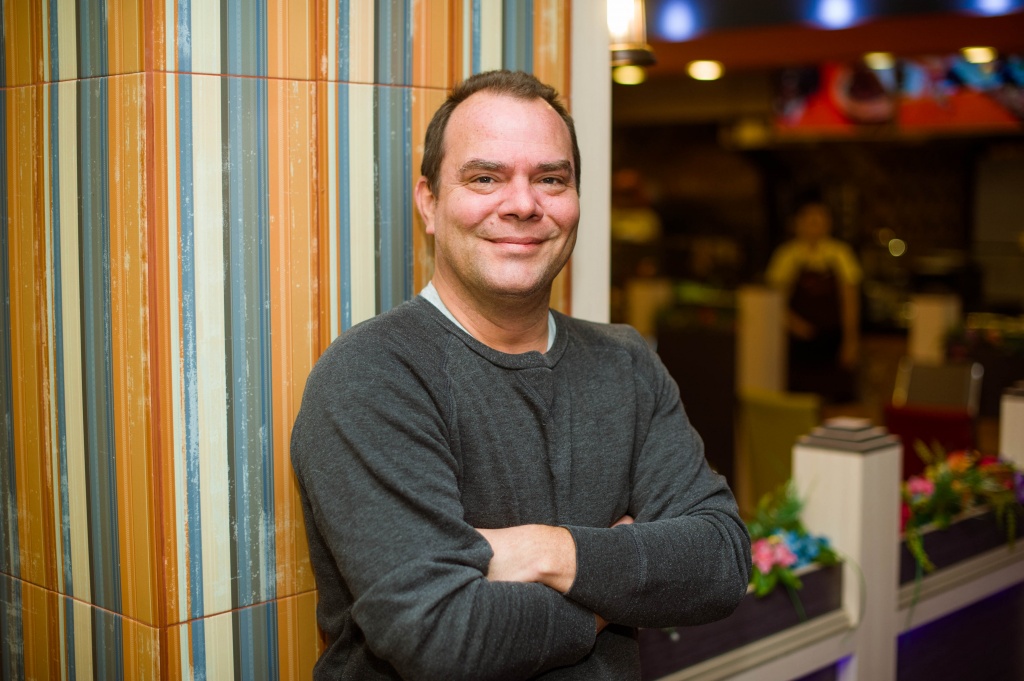 Lilliana. And I immediately thought that this is the safest city. Especially for women. I never worry if I'm going to go out, stay late, or go out late at night. We still feel safe. Astana is a civilized city.

If we talk about difficulties, at first we had difficulties with the language. You talk with gestures and facial expressions, and people try to understand you. I remember buying eggs without knowing the language and just making chicken noises. People laughed but understood. When I first went to the market "Artem" to buy meat, I did not know how to ask. I didn't know the translation of words like horse meat, beef, and I just made sounds. This how I bought everything I needed.

Previously, there were some difficulties with shopping, some things I bought in Canada or Colombia and brought here. And now everything can be found here.
Six years ago, there were far fewer international communities. And now there are more and more foreigners in Astana every day.

Matthew. Yes, now it is much easier to meet foreigners compared to the time when we first arrived. But six years ago it was more interesting, there were many adventures.

At first, when we went shopping, it was scary and unclear, we did not know what to expect from the purchase. I was surprised that the shops were full of alcoholic beverages. Because in Canada, alcoholic beverages are sold only in special stores.

In the locals, I like that they are straightforward. They don't hide behind a smile if something's wrong. If you have a problem with someone, you can discuss it and solve it.

The main reason I'm here because of my students. There are different students in Kazakhstan, and for me, it is good for the country. All students are much younger than us, but they are not afraid to Express their point of view and be honest. They're more reasonable.

Lilliana. I agree. They love their country, but they're not blind. They see problems, reality, and they criticize, they want to develop. 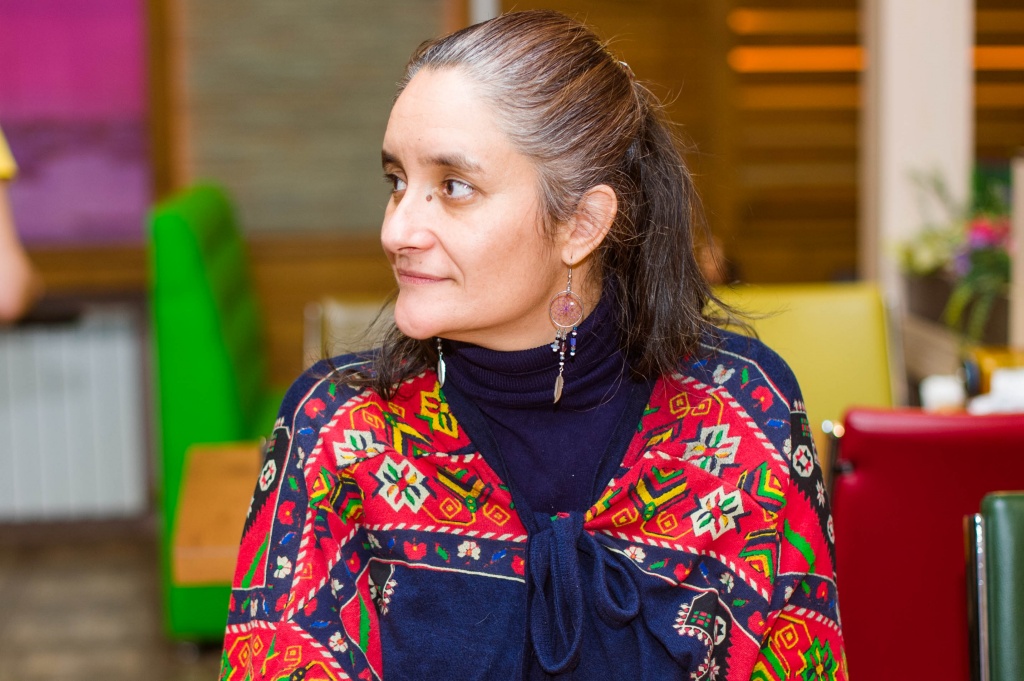 Matthew. I taught history, mostly world history. But I studied the history of the Soviet Union, the program of which included the history of Kazakhstan. So I knew a little bit about Kazakhstan before coming here. But now, of course, I know much more.

Lilliana. I didn't know where Kazakhstan was before my arrival.

Matthew. But I told her that Kazakhstan is a good country, everything will be fine. And here we are.

Lilliana. I can add that this is a good place where people have many opportunities. Many stay here for a long time because it is a great place to live and work. Perhaps Kazakhstan is not such a recognizable country, the country is not paid much attention. But I think it's for the best, because the more attention, the more likely that bad things will be attracted.

Matthew. We don't know how long we'll be here and where we'll go next. We still believe in what we do. Our contract is extended from year to year. We'll be here as long as we're needed. And when people stop needing our help, we'll leave.

Matthew. We are a family of three is Liliana and me, and our cat. Her name is Princess on her passport, but I call her Tita. It means "a small cat" from Spanish. Our cat is a Kazakh, we met her here, in Astana, in winter, when she was very young.

Lilliana. Sometimes she travels with us, this summer we all flew together to Canada. In general, we visit our countries every summer, we spend half of the summer in Canada and the other half in Colombia. 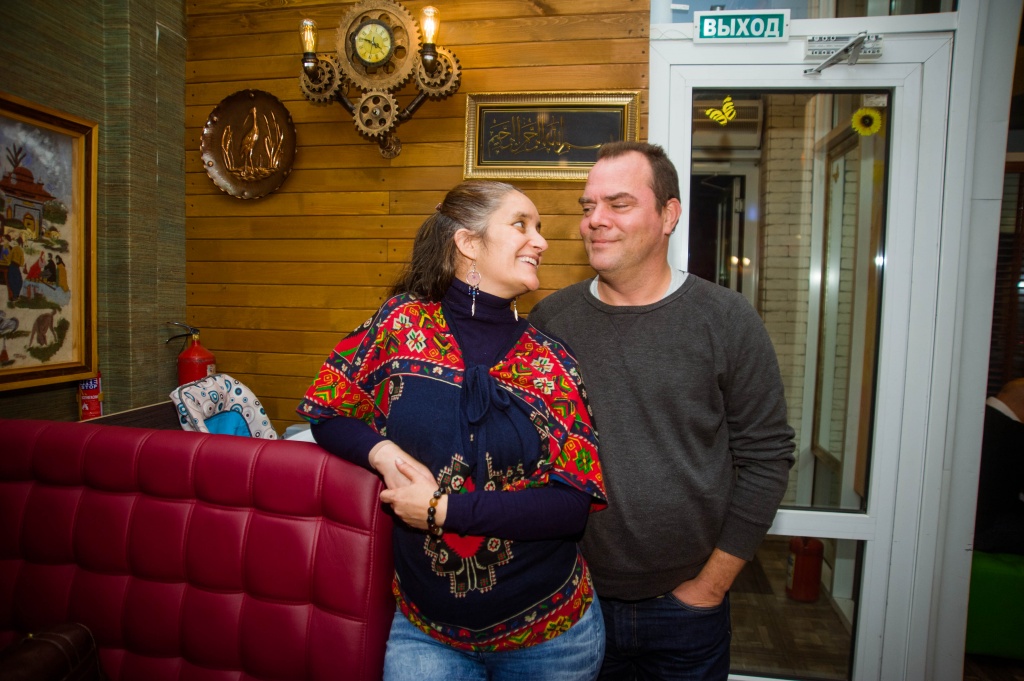 We have a lot of friends Kazakhs. They are our colleagues and we spend a lot of time with them. These are people who have been helping us for six years. We're family now.

Matthew. Colleagues eventually become best friends. We go to each other's toi and on housewarming. It is normal for us to celebrate in the Kazakh style.

Lilliana. We don't just go to each other's parties. It's a real friendship, and when we need help, we help each other. 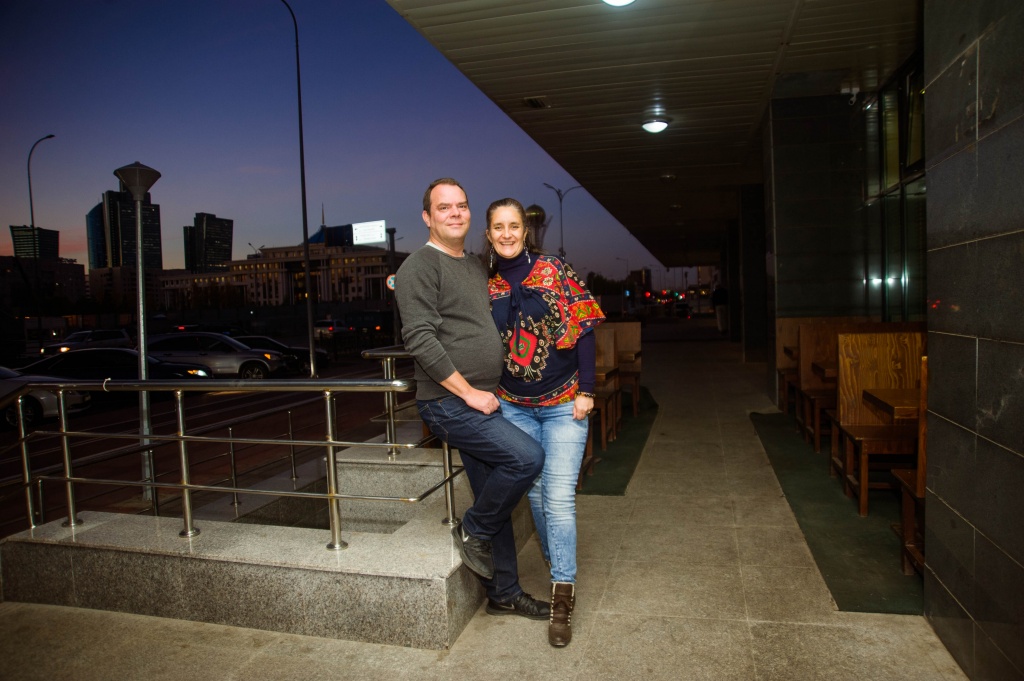 In the first summer in Astana, our cat fell out of the window and damaged the sky. It was morning, I didn't speak Russian and at first, I couldn't imagine how to call a taxi. Then, when the driver arrived, he asked what had happened and where to go, using the translator on the phone. He was with me until the moment when the cat was not examined and brought back home. After that, she had to be taken to the vet, but it turned out that I had to leave the city, and I was not near the Princess. So my friend Damesh every day after work went home, took the cat, drove her to the vet, waited during the test and drove back home. For me, it was an invaluable help, for which I am grateful.

1196
Family from America about why Kazakhstan became a second home