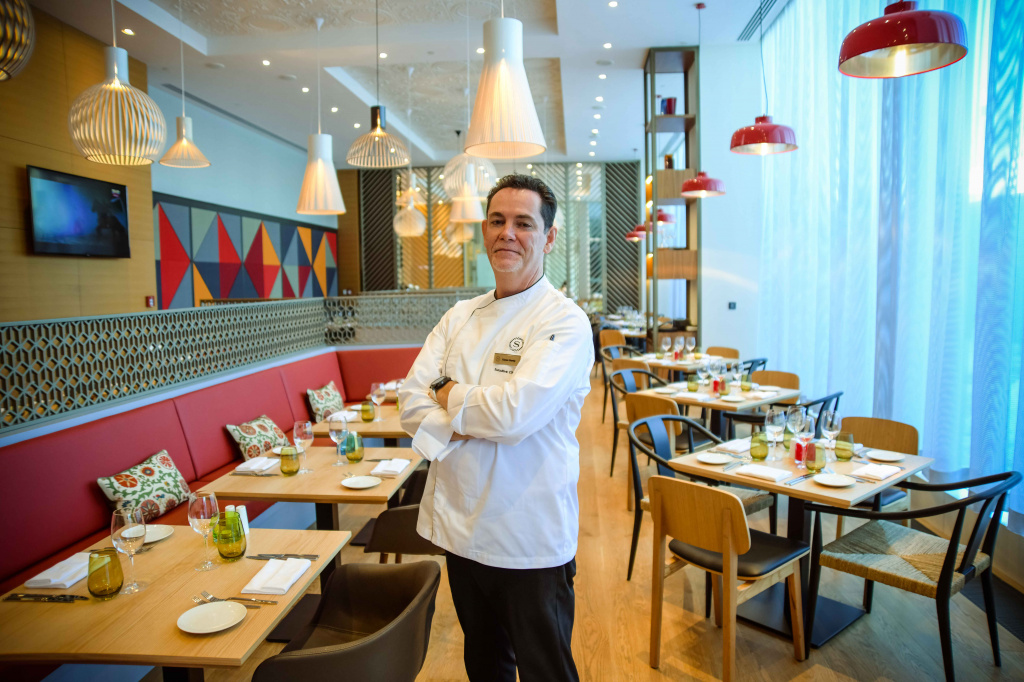 About life I am in Kazakhstan for the first time, and I have been here for more than six months. I came from Ireland, Dublin. Some people get lost when I say I'm from Ireland, then I'm talking about Conor McGregor, which makes it's clear to everyone.

When I was educated in Ireland at 18, I left home. From my class of 30 people, 29 left. We left the country to earn money. Currently, 4.5 million people live in Ireland, while 33 million Irish people live in the United States, and there is also a large diaspora in Canada and Australia.

I used to work for Marriott International in Tbilisi. When I came to Kazakhstan for the opening of the Sheraton Nur-Sultan Hotel and I fell in love with it. And most importantly — in the wonderful staff, my colleagues. So I decided to stay, get new experience, and share my knowledge.


My experience in the hotel business is about 25 years, and I have opened five hotels. The first hotel that opened — the Marriott Tbilisi Hotel in 1991, then I opened hotels in Moscow, Bratislava, Vilnius, the Republic of Ghana and now in Kazakhstan.
About the city
The first impression is cold weather, considering that I arrived from Georgia. The second thing I noticed was the wide roads. In all the European cities, I visited, everything developed over the centuries, and the roads gradually became larger. Nur-Sultan is a new city that was planned, so the roads were already laid with several lines.

All you notice are big buildings, squares everywhere. Usually, in European cities, the center is where the city began thousands of years ago. For example, Tbilisi appeared five centuries ago, and the city is growing around the old center. Here the city was built relatively recently, it is a new city. 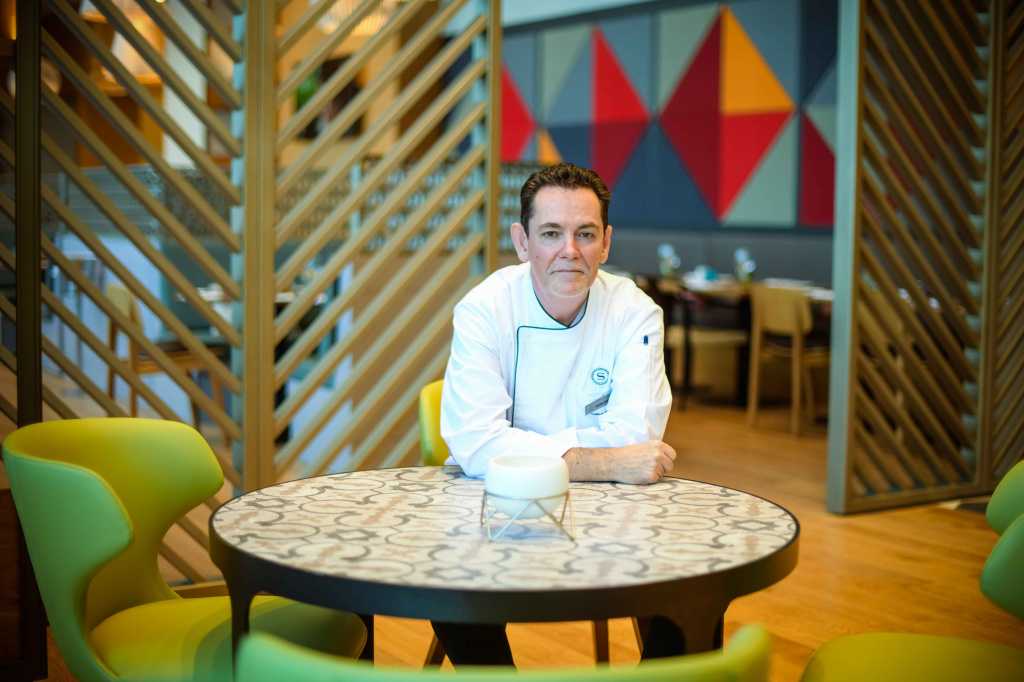 In Nur-Sultan, I have not yet been on the right side of the city. In the first week of my arrival, in December, it was -27 degree, therefore I did not walk, but was at home. But I was used to the cold since I lived in Moscow and frosts reached -33 degrees.

I live across the street from work, three minutes away, so I don't use public transport. If I need to go somewhere, I use a taxi. There is no need to buy a car. If I have to go out of town this summer, I'll just rent a car.
About the features Each country is different. I have worked in Georgia, Africa, Russia, and many European countries. And every country has its flavor.

Now I am in Kazakhstan and like to be here. Kazakhstan is a modern country, and at the same time, traditions are carefully treated here. I think it's important to stick to your authenticity. My dream is to travel around this huge and I am sure, beautiful country. 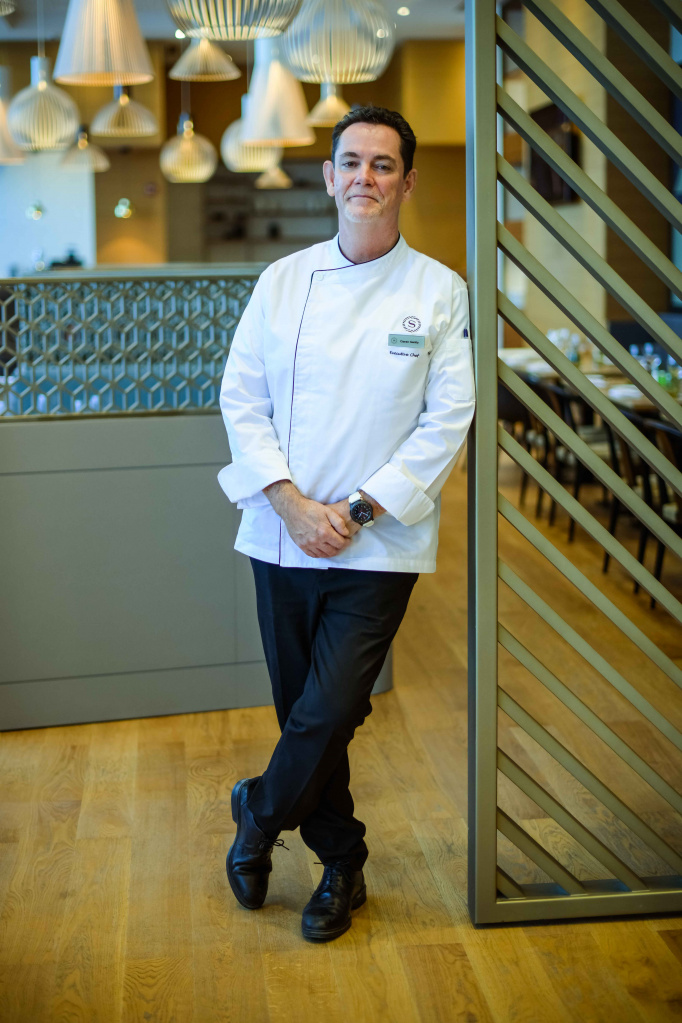 I speak Russian, but not so well. A big plus of knowing the language is that you can safely go out on the street, talk to the taxi driver, order food in a restaurant. I learned Russian in Georgia, where I met my wife. I got married there, and now I have four children. My future wife didn't speak English at that time, so I learned Russian, then we moved to Moscow, where we lived for seven years, and the language became stronger.

People in Kazakhstan are friendly and good. I like that family values are a priority here. It's great to see families with three or four children. In European families, there is usually one child, because it is expensive.
About the work
The kitchen is an important part of the hotel. I work with Emiliya international restaurant. On the 1st of July, we opened a summer terrace for the restaurant. We also work on delivery and take-away. Plans include opening SALTER'S meat restaurant, a lobby bar, and launching a banquet service.

The job is difficult, but it's even harder to find people who will do the job. The chef always works, even on holidays and weekends. Not everyone wants to live like this. But this is our job, and you do it because you understand the specifics of the industry and love what you do.

Money doesn't always have to be a motivation for young people. I always say that you need to do a better job every day, and when you reach your maximum, you need to start doing it faster. This is progress that gives satisfaction. Every year a person should get better. If an employee comes in and says that they haven't improved in a year working here, it's bad. 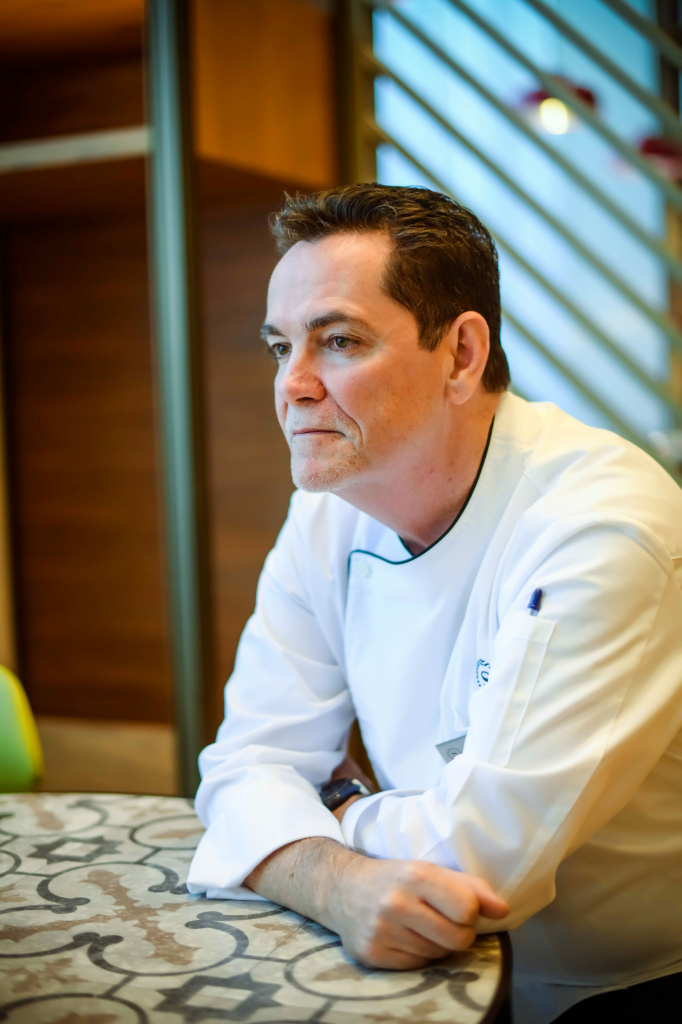 Therefore, in our company, we invest a lot of money and time to ensure that employees grow and develop. The task of managers is to train staff and prepare them for further development and growth within the company.

I have worked in 20 hotels, visited 10 countries and speak four languages


The advantage of working in a hotel is the opportunity to travel. I have worked in 20 hotels, visited 10 countries, and speak four languages. I always tell employees to learn foreign languages. Together with professional qualities and experience, this will certainly open up borders for them and give them more opportunities. 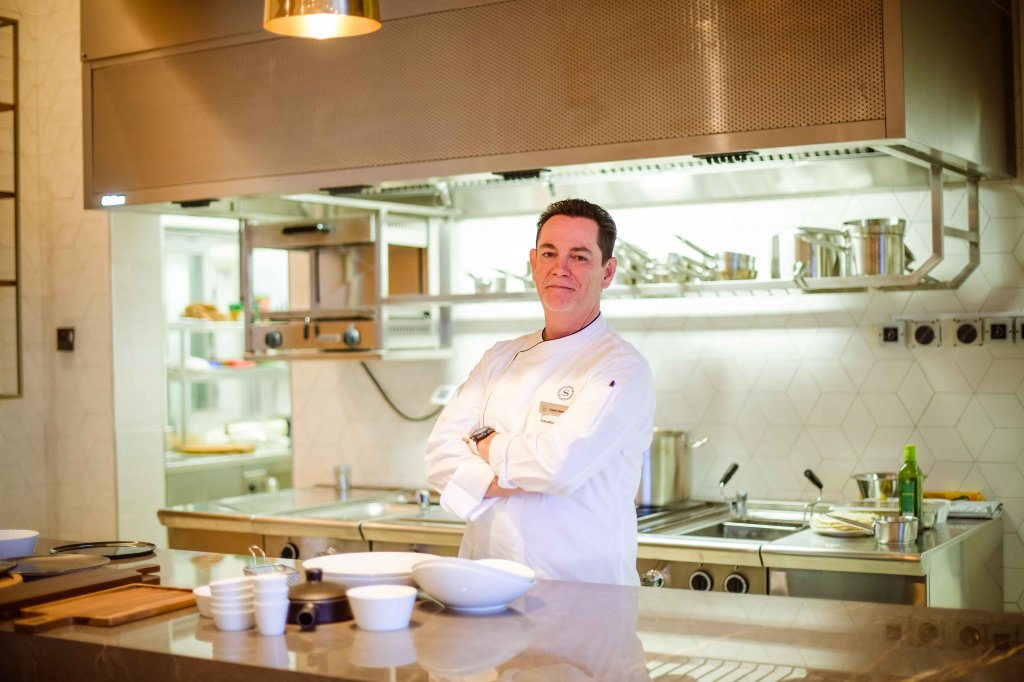 Working in a big hotel, you cook for celebrities. The most memorable was Sting because I met him twice. And what was interesting, he remembered me as well. I first met him in Ireland when he was 16, riding a motorcycle and stopping at a cafe. Then my friend sketched Sting and brought it to him. Sting put him on the autograph. Then after 20 years in Moscow, I met him again, and we talked. I told him about it, and he said he remembered me.

Read this article
Family values of the U.S. Ambassador to Kazakhstan: 40 years of marriage and three ch...