6 must-see places in Kyrgyzstan for residents of the CIS

6 must-see places in Kyrgyzstan for residents of the CIS 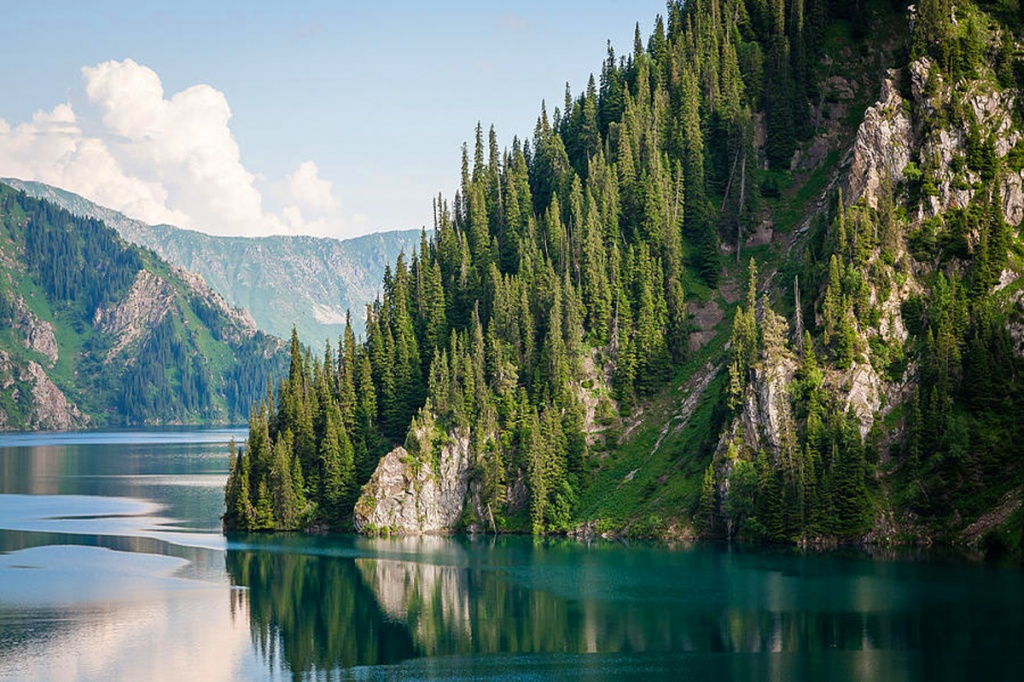 The lake located in the mountains of Jalal-Abad region in a crevice between steep rocky mountains covered with forest. In addition to the lake Sary Chelek scattered around several small lakes, some of which are accessible by car and some only on foot. Since the lake is part of the Sary Chelek Nature reserve, there are no guesthouses or cafes, and being in the reserve is allowed only during daylight hours. However, before entering the reserve is the village of Arkyt where you can stay in guesthouses. 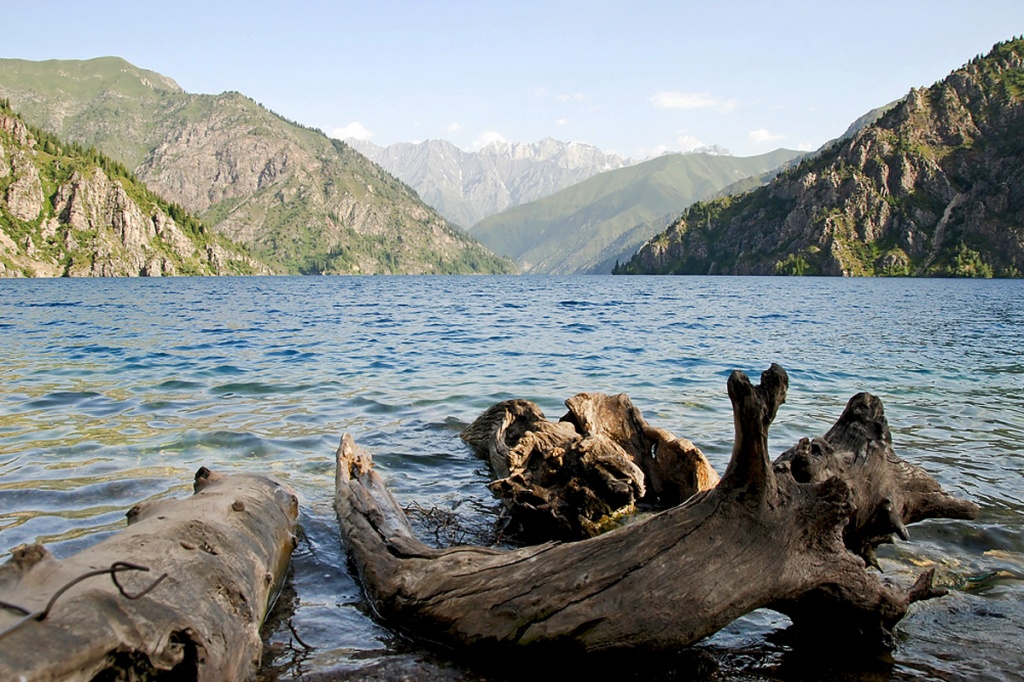 How to get. The road from Bishkek to the village of Arkyt will take about eight hours. It is necessary to get to the city of Tash-Kumyr, then turn to the North-west, following the signs. The road is in good condition, but there may be parts of the road, blurred by villages.

Entrance to the reserve — 400 soms per person.

Accommodation — about 700 soms per person per day.

Food — Breakfast and dinner an additional 500 kgs per day.

On the lake, you can take a motorboat on a tour, the cost of renting a boat — 5,000 soms. Swimming in the lake is prohibited. In the Union of Hiking, there is a five-day tour of the lakes of Sary Chelek. 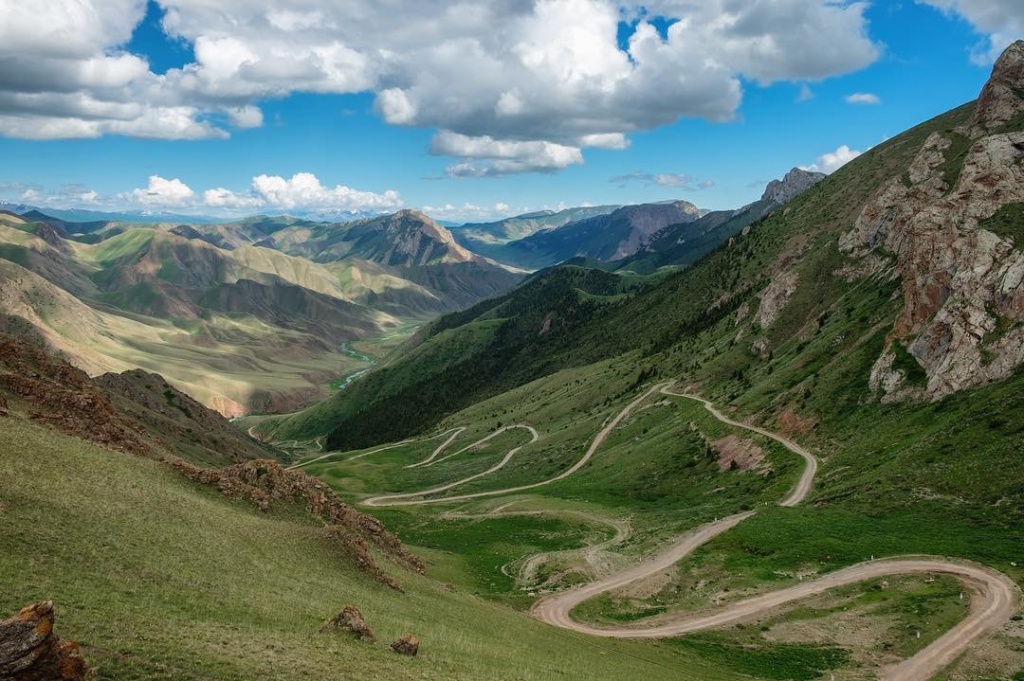 The alpine lake is located in the Naryn region, on a flat plateau at an altitude of over 3,000 meters. The place is suitable for those who want to relax from civilization, as the lake has no electricity, no communication, no permanent settlements. The absence of light illumination makes Son-Kul an ideal place for astronomical observations and night photography. Tourists can live in Yurt towns, scattered throughout the lake. You can book a Yurt or order a transfer to the lake from many tour companies or in the Kyrgyz Association of tourism based on communities. 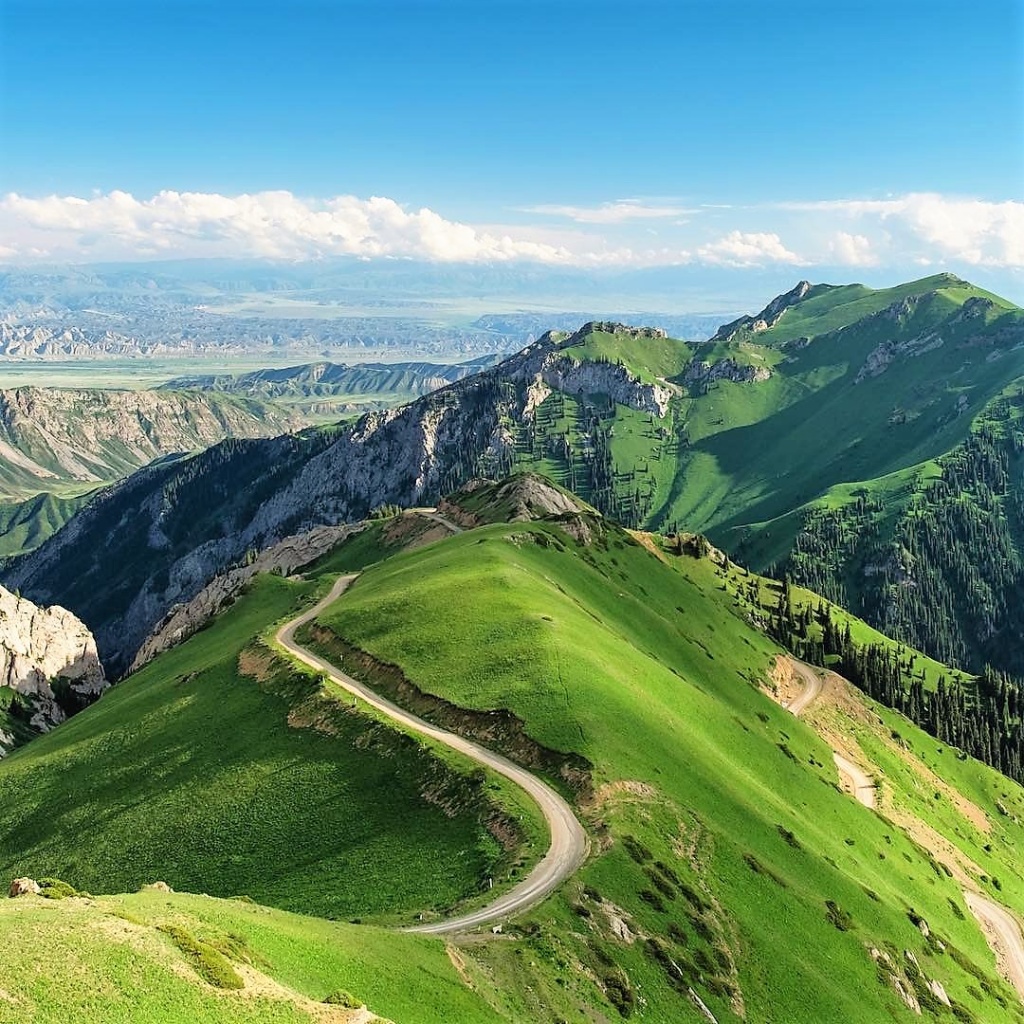 How to get. From Bishkek, the lake can be reached in four to five hours. Most of the road paved, but the last 50 kilometres will have to go on a dirt road and overcome several passes. It is better to create a route in advance on the GPS.

Accommodation — from 400 soms per person.

Food — 200-300 kgs per person. There in the Yurt towns, you can book a horse ride through the nearby mountains.

You can swim in the lake, but the climate is quite cool, even in summer can be snow.

You can admire the beautiful views of the passes of the Moldo Ashu and 33 parrots. 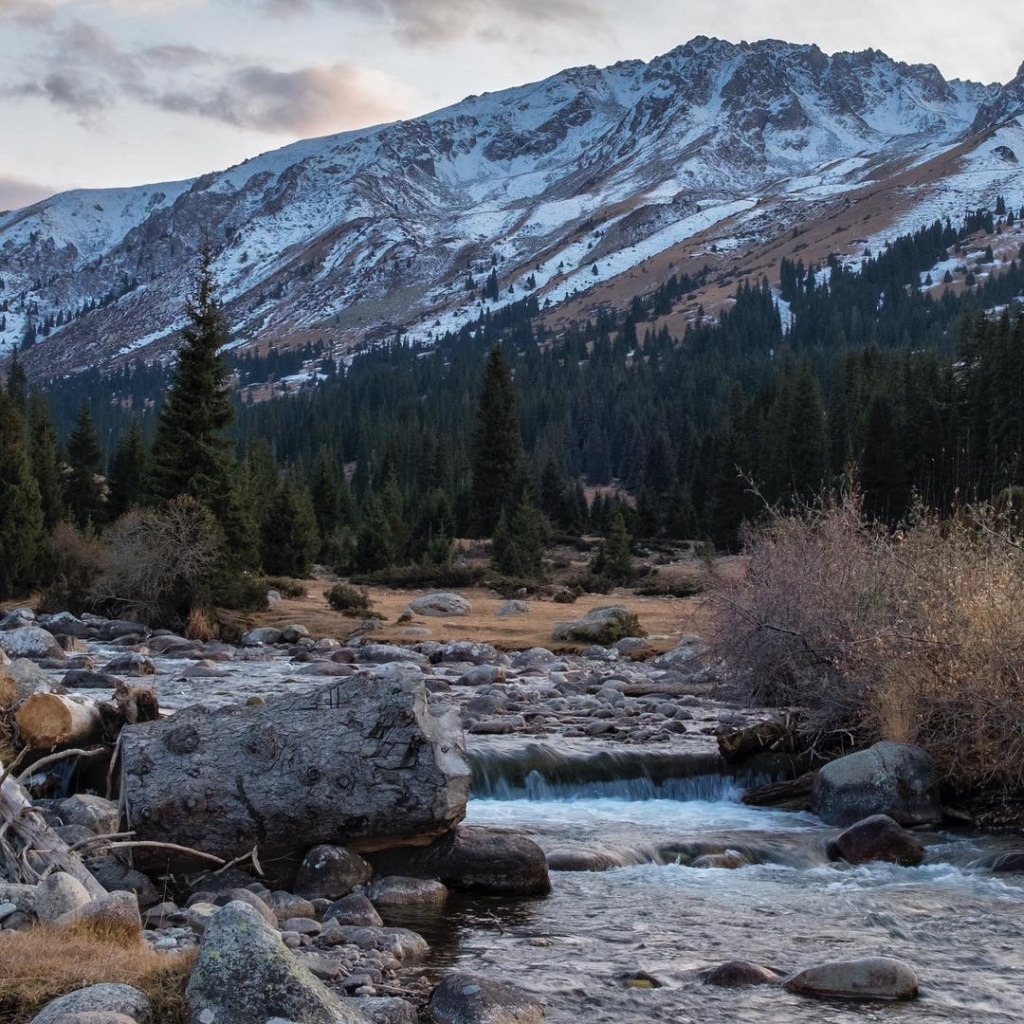 Jyrgalan located in the Eastern part of the Issyk-Kul region. In the winter there comes a lot of extreme free riders, in the summer of Jyrgalan offers horseback riding and hiking in the lakes, mountains and passes.

How to get. From Bishkek to Jyrgalan the journey takes six to seven hours. It is necessary to get to the city of Karakol, then go to the East side, following the signs. Residents of Almaty can come directly to Jyrgalan using Kegen.

Accommodation — from 1200 soms per person. 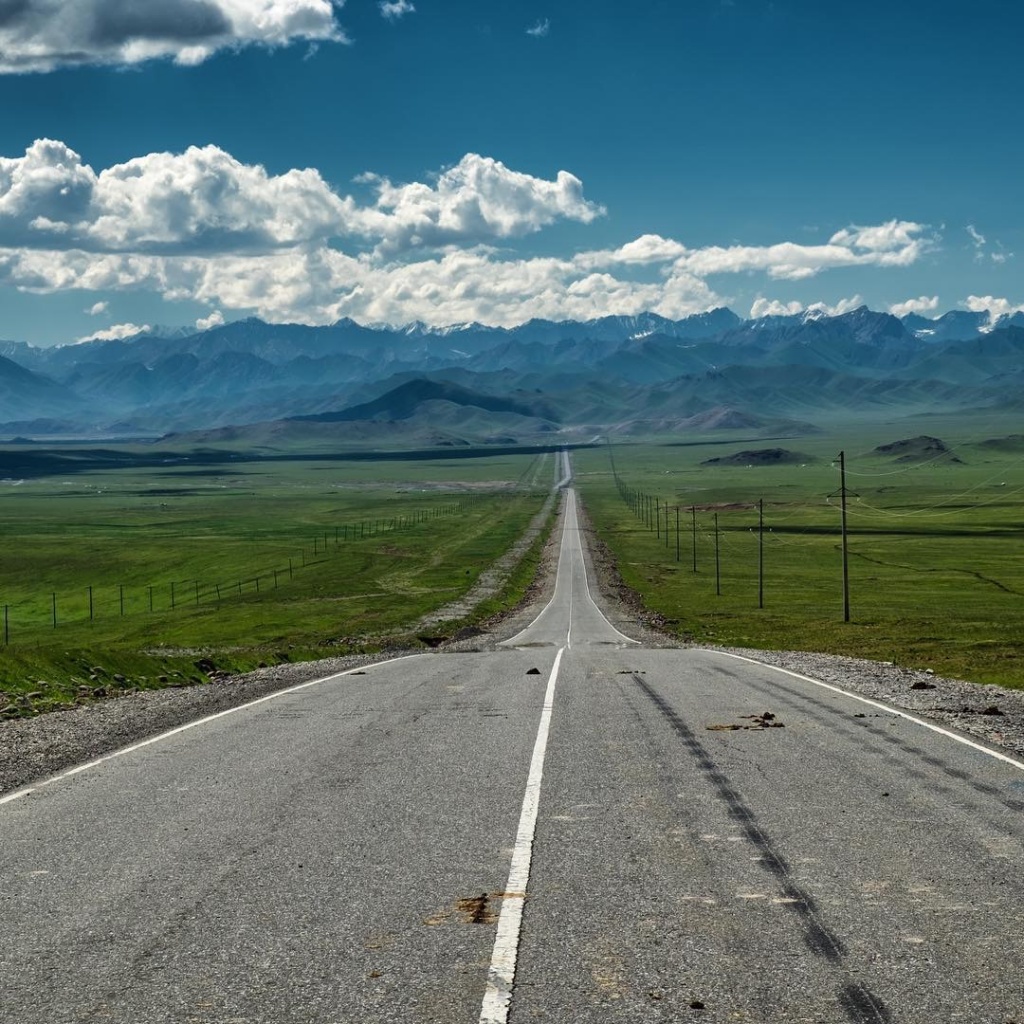 The place where Pamir begins. Majestic mountains attract climbers and climbers from all over the world because there is one of the seven-thousandths of the country — Lenin Peak. The valley located at an altitude of 3,500 meters in the South of Kyrgyzstan on the border with China and Tajikistan. 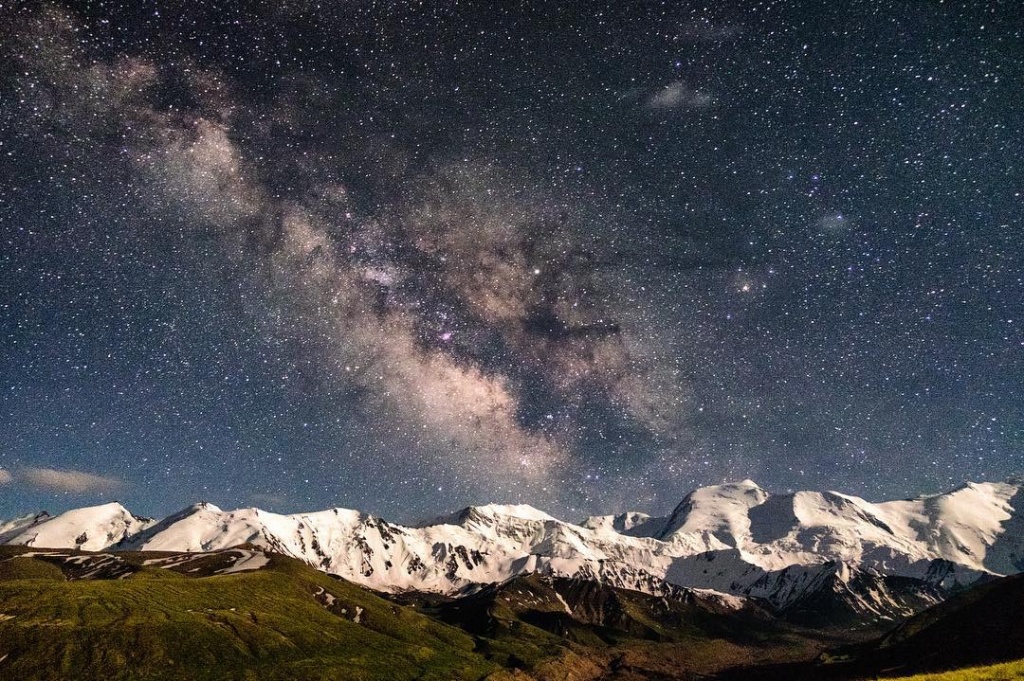 How to get. The road from Bishkek to Alai is not short about 12-14 hours. It is best to get to Osh and spend the night there, go to Alai on the Pamir highway. The road from Osh to Alai takes four hours, and it is necessary to pass two passes. The road is picturesque, nature varies from semi-desert to Alpine Meadows. In the village of Sary-Tash, there is a gas station with diesel fuel or 92-m gasoline, but it is better to stock up on a can.

In the valley, there was almost no tourist infrastructure, but in recent years in the villages of Sary-Tash and Sary-Mogul guesthouses began to appear. Nevertheless, it is better to bring tents and warm sleeping bags. At night, the temperature can drop to zero. Despite all this, Chon-Alai Valley is a place with special energy and beauty. If transport allows, you can try to get to the base camp of climbers at Lenin Peak, which is located near the beautiful lake Tulpar-Kohl. 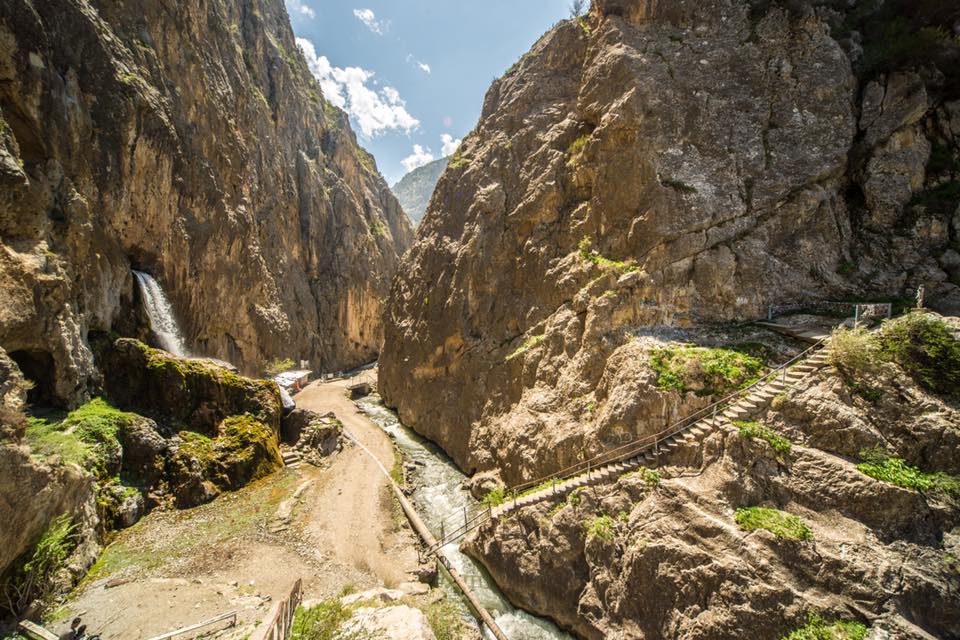 The height of the waterfall is 12-15 meters, located in the Osh region in the tract Abshir-Sai. This unique creation of nature is considered a monument. Right out of the crevices with a diameter of about two meters into the cliff with a noise breaks the flow of mineral water, the droplets which flow like white milk. 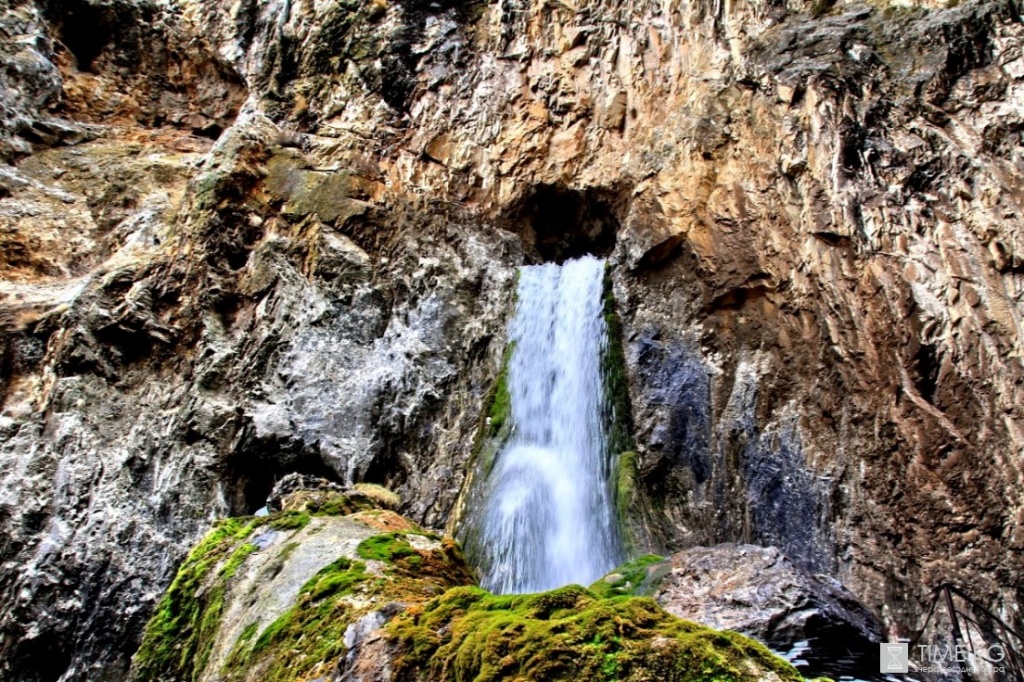 The place is popular among tourists and locals, and you can buy souvenirs and eat in a cafe nearby.

How to get. The waterfall and the gorge located 70 kilometres East of Osh City. It will take about two hours by car from the centre of Osh. The gorge has a good dirt road up to the waterfall. 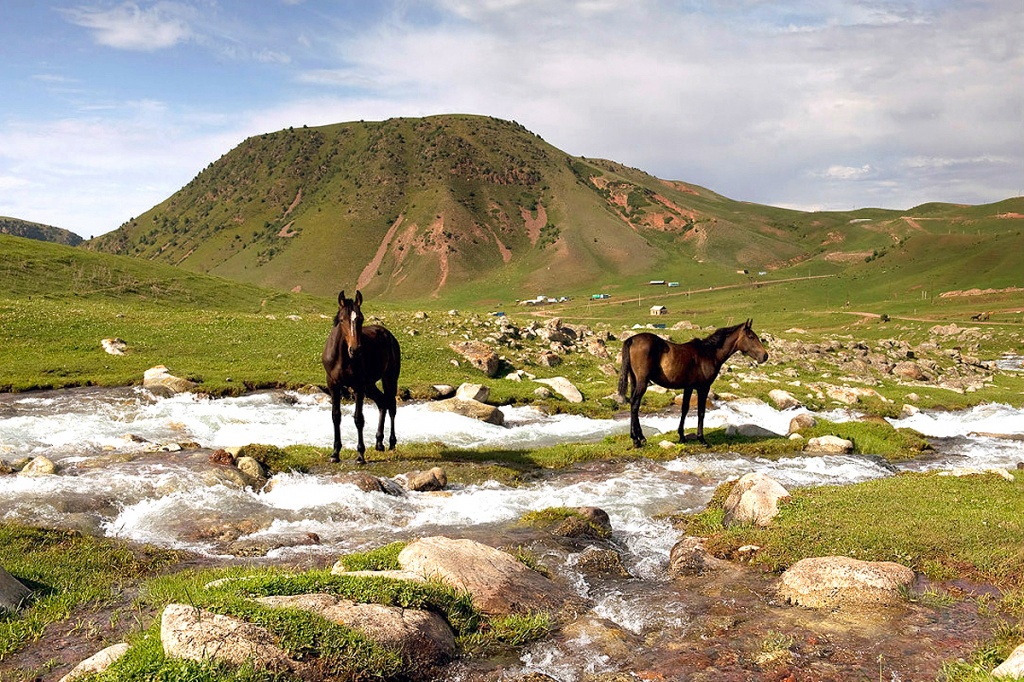 One of the nearest high-mountain gorges to Bishkek and one of the most beautiful places in the Chui region. The gorge stretches from the North to the East to 30 kilometres and contains lots of wonderful scenery. Pointed snow-capped peaks juxtaposed with green meadows, flowers, woods and red soil.

Special attention should be paid to the road in Chunkurchak: a picturesque ground serpentine with many turns, which overlooks the nearby mountains, and in the Western part of the gorge, there is a panorama of the Chui Valley and Bishkek. The highest part of the gorge — Kyzyl-Beles pass — is located at an altitude of 2300 meters. 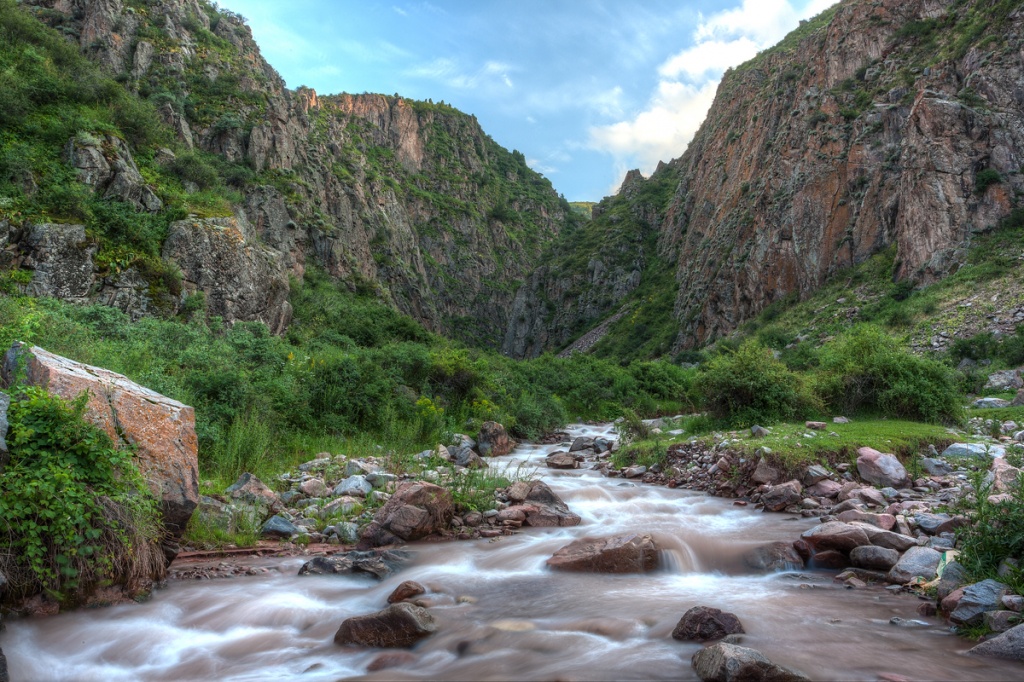 The natural attraction of Chunkurchak Is the Pigeon waterfall with an impressive height of 30 meters in a small stream.

How to get. There is no public transport in the gorge. By car/bike there are several options of arrival: from the Ala-Archa gorge and Kashka-Suu Village from the West and from the Alamedin gorge and Arashan Village from the East. On both sides, the road is of acceptable quality, but on the West, it is less rocky. The upper part of the gorge (Kyzyl-Beles pass) is passed only on a car ready for off-road and requires good driving skills.

Accommodation — from 7,500 soms for one night for two adults.

928
The best beaches, festivals and tangerine plantations — what to see in Korea besides ...